Traveling around the world, from one place to another, has become a part of our day-to-day activities right now, whether you’re going for work, on vacation, or visiting someone you love. Things in the aviation industry have changed a lot in these past decades, and they’re about to get even better in the near future, with new extraordinary concepts being unveiled every single year.

Allow us to reveal the luxurious side of flying with 10 new incredible planes that could make Cloud #9 reachable. 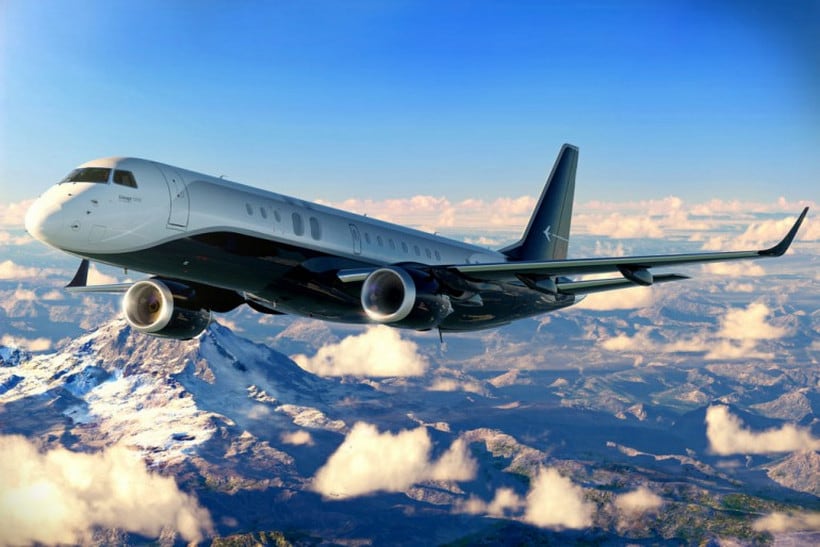 We all love luxurious flying experiences, but let’s face it, there’s no comparison to a comfortable and quiet flight. Embraer has recently developed the Lineage 1000 business jet in an effort to offer people new ways of enjoying their trip, thanks to large windows throughout the cabin, modern anti-fogging protection, and an electrochromic glass.

The Brazilian aircraft maker has also fitted its new jet with many other interesting features, including a two person shower – let’s not dwell on that too much. 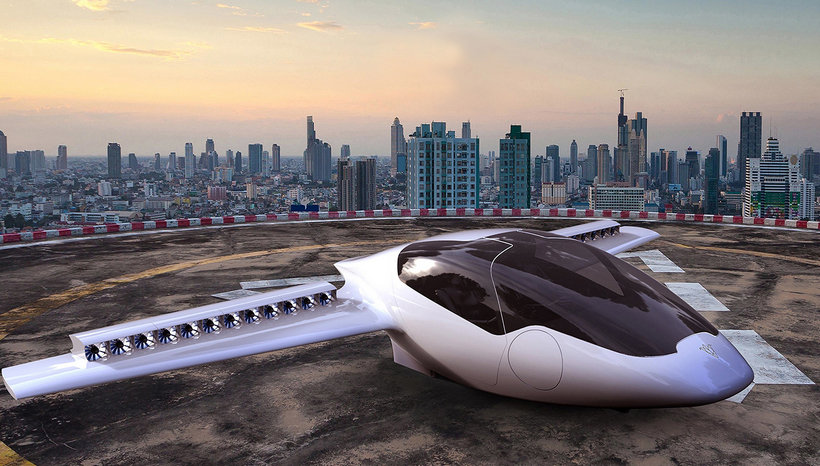 Next on our list is the Lilium Jet, which is set to become the world’s first entirely electric jet; aside from having zero emissions, this uber cool plane also brags about vertical takeoff and landing capabilities. Lilium will be able to fly at altitudes of about 9,800 feet with just two people on board while cruising at cool speeds of 180 mph.

The top speed stands at 250 mph and the official range is said to be 300 miles. A series of tiltable electric engines will take the pilot beyond the clouds, with only a Sport Pilot License (SPL) needed to fly this beautiful thing around.

There are no boundaries when you’re flying first class, and a private jet takes things to a completely new level. Gulfstream came up with this $65-million jewel, the Gulfstream G650. that could be also available in a G650ER version, which is set to be delivered in around two years.

Gulfstream’s newest flagship offers the advantage of flying the fastest and longest routes possible by any business aircraft, but future owners of this amazing jet will also have the possibility to customize their ideal cabin configuration, with large conference spaces, individual work areas or private staterooms. 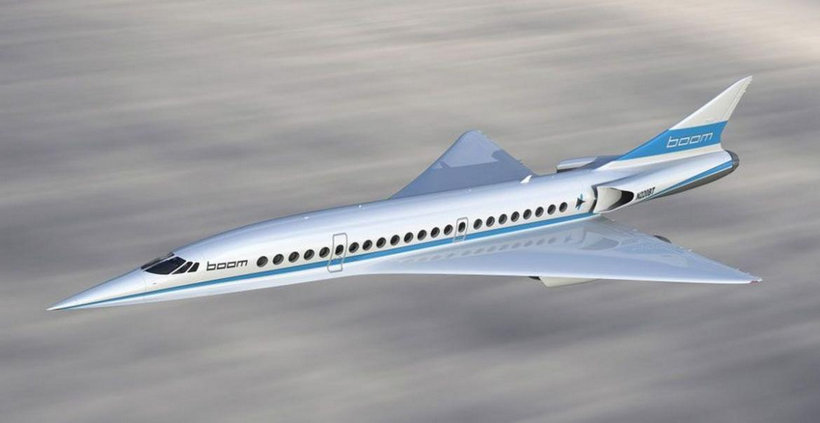 The stunning Boom XB-1 jet concept is based around a pretty simple idea: the more speed, the better. This wonderful supersonic plane should dramatically cut your travel time, with the plane set to fly at a cruising speed of Mach 2.2, which makes it 2.6-times faster than the average commercial airliner.

According to Boom, test flights for this amazing project will begin next year, with the first commercial flights of the Boom XB-1 set to begin in 2023. How does Sydney to Los Angeles in 6 hours sound like? 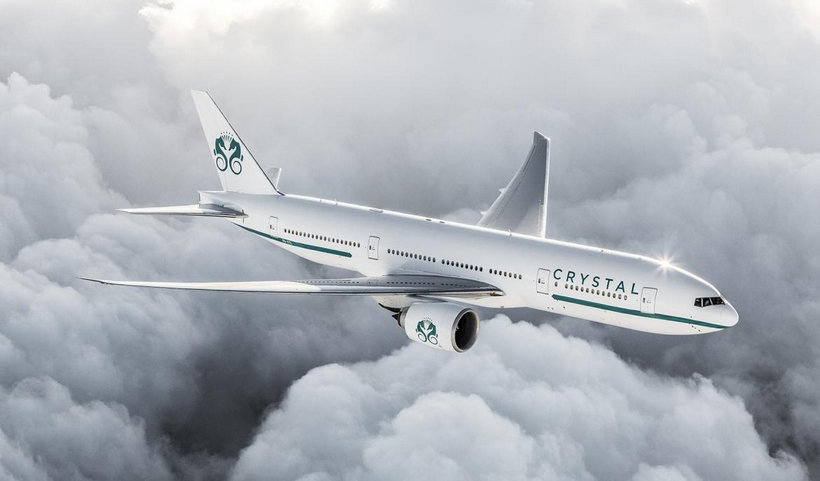 Crystal Cruises has added a marvelous Boeing 777-200LR to its unique cruising line-up, a plane that was specially designed to allow passengers to enjoy a luxurious jet to or from their dreamy vacation, in the best way possible. 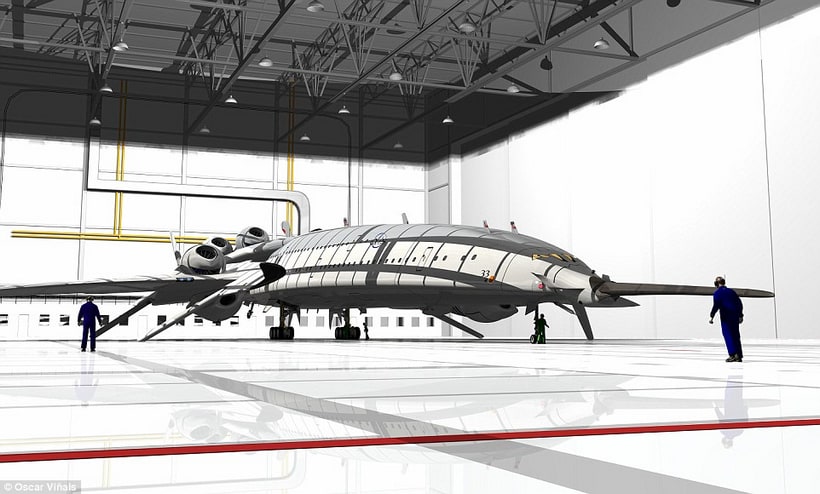 The Flash Falcon concept plane looks towards the future, although I can’t help but think about the Lockheed SR-71 the second I get a glimpse of it. Designed to run on carbon-free energy, the supersonic engine that would power this plane would be constructed from durable and lightweight materials and will enable vertical take-off and landing.

Flash Falcon is actually a double-decker plane that will also use nuclear fusion energy to propel it through the clouds. 250 passengers would enjoy nothing but the best in-flight services, at speeds of up to Mach 3, which sounds unbelievable, right?

4. Skyranch One by Sotto Studios 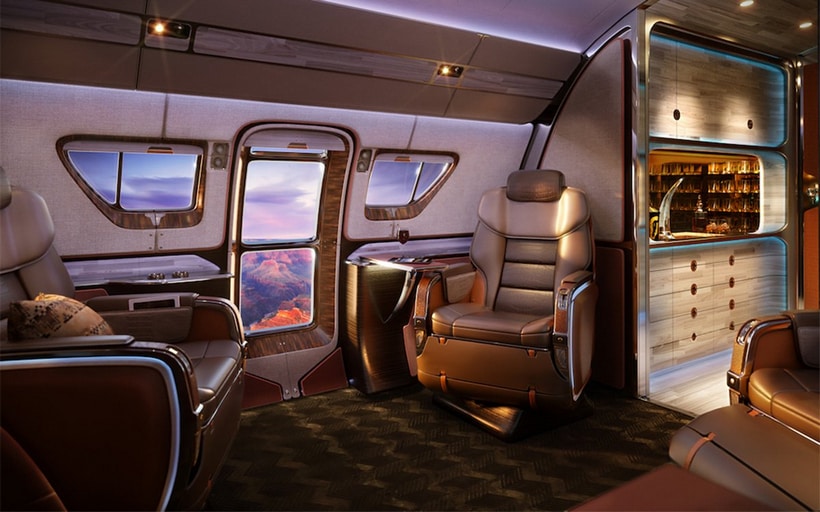 Flying high in complete luxury and comfort is always a lovely experience, and the standards set by the new Skyranch One are second to none. The designers from a company called Sotto Studios followed a concept called “complicated simplicity” for this private jet interior, using bleached woods, woven leather and suede, inlaid horn fixtures, English wool and mood lighting, to make sure you’ll be out words as you get in.

Modular seats with European saddles, onyx countertops, panoramic windows, as well as distinctive burlap wall coverings are also on for the ride so… when do we leave? 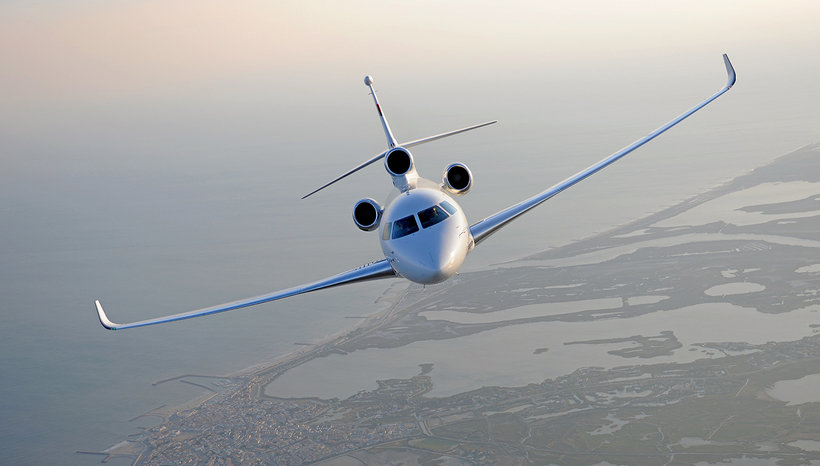 The $58 million Dassault Falcon 8X is actually an upgrade of the popular Falcon 7X, which makes it that more impressive. The French aircraft manufacturer made sure billionaires will get to experience a state-of-the-art, fly-by-wire cockpit for pilots, with three turbofan engines expanding the list of possible destinations.

Customers are welcomed to choose between 30 possible layouts for their new business jet, including everything from a full galley or a comfortable workspace, to a restful night’s sleep and a shower. Enjoying such perks for up to 7,422 miles nonstop is the way to go! 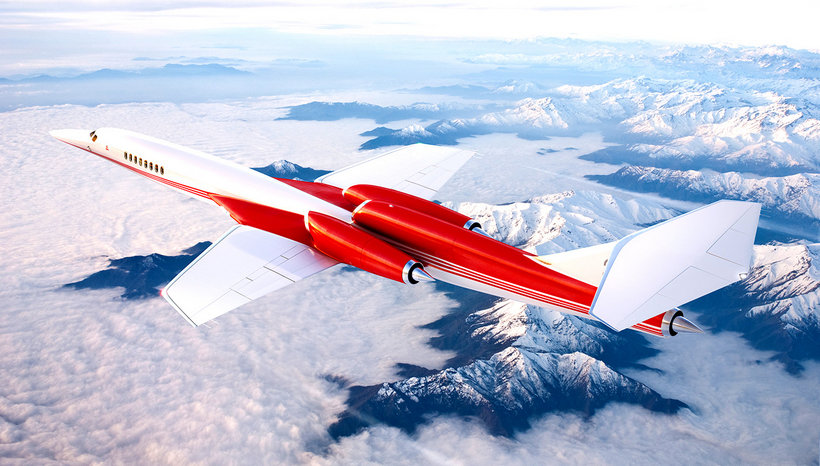 Supersonic jet-maker Aerion was glad to announce that Flexjet has decided to order 20 examples of the Aerion AS2. The first passenger supersonic jet unveiled since 2003 costs $120 million, with the AS2 set to accommodate 8 to 12 passengers as they travel around the world at speeds of up to Mach 1.5.

Featuring an incredible range of up to 5,466 miles, the Aerion AS2 cuts transatlantic travel time by 3 hours and trans-Pacific ones by 6 hours, if not more. Are you ready to give it a go? 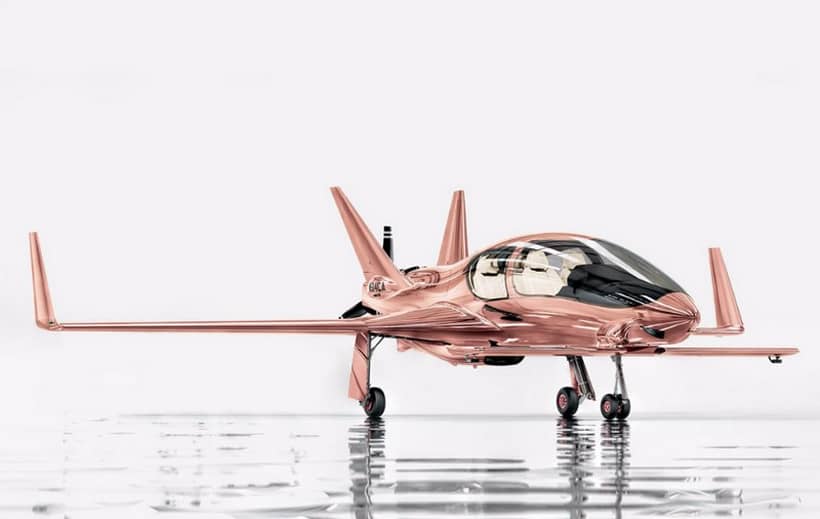 This Cobalt Valkyrie-X is an incredible example of what a private plane should look like – breathtaking, that is. Sure, we might have a problem with the color, but that’s irrelevant considering we can’t afford one, at least right now. The design team at Cobalt offers a mix of French elegance and American innovation, with this eye-catching project set to be one of the fastest piston aircraft in the world.

The stylish plane before you also brags about flight controls with pushrod-bellcrank precision mechanisms and a retractable landing gear manufactured from solid alloys. The cockpit is uber luxurious as well, hiding hand-stitched leather seats and suede-like Alcantara welcome you aboard, while the controls being finished in rose gold as well – what did you expect?

Tags:
Previous Article
The Top 10 Most Amazing Bikes Premiered in 2016
Next Article
The 10 Best Things In Our Tech & Leisure Section In 2016