The Top 10 Richest People in the Fashion Industry in 2023 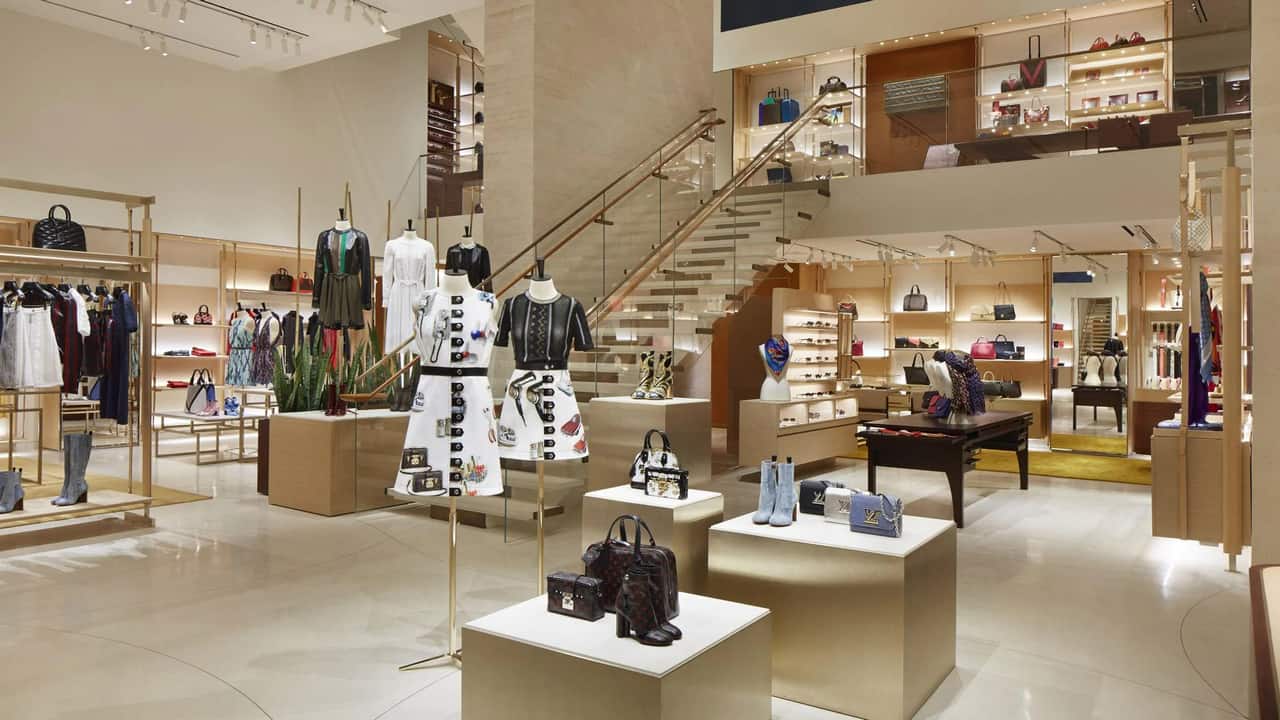 When we talk about fashion, we immediately think about high-end fashion brands like Chanel, Gucci, Louis Vuitton, Dior, Burberry and many more, but we also have to consider the most popular retailers, such as Inditex, H&M, Nike or Uniqlo. We are dealing with a 2.5 trillion fashion industry, and you have to wonder – how much are the people behind these giants worth?

Whether they are founders, designers, CEOs or heirs, the richest people in the fashion industry own most of the brands we crave for.

And even though 2020 has been a rough year for the entire fashion world, with all the lockdowns in place for months and stores closing almost everywhere in the world, the fortunes of the richest people in fashion actually went up a lot in these last couple of months.

The numbers you see in this list are according to Forbes and Bloomberg, as of January 2023. We’ll update it as time goes by.

Now let’s see who are the richest people in the fashion world in 2023! 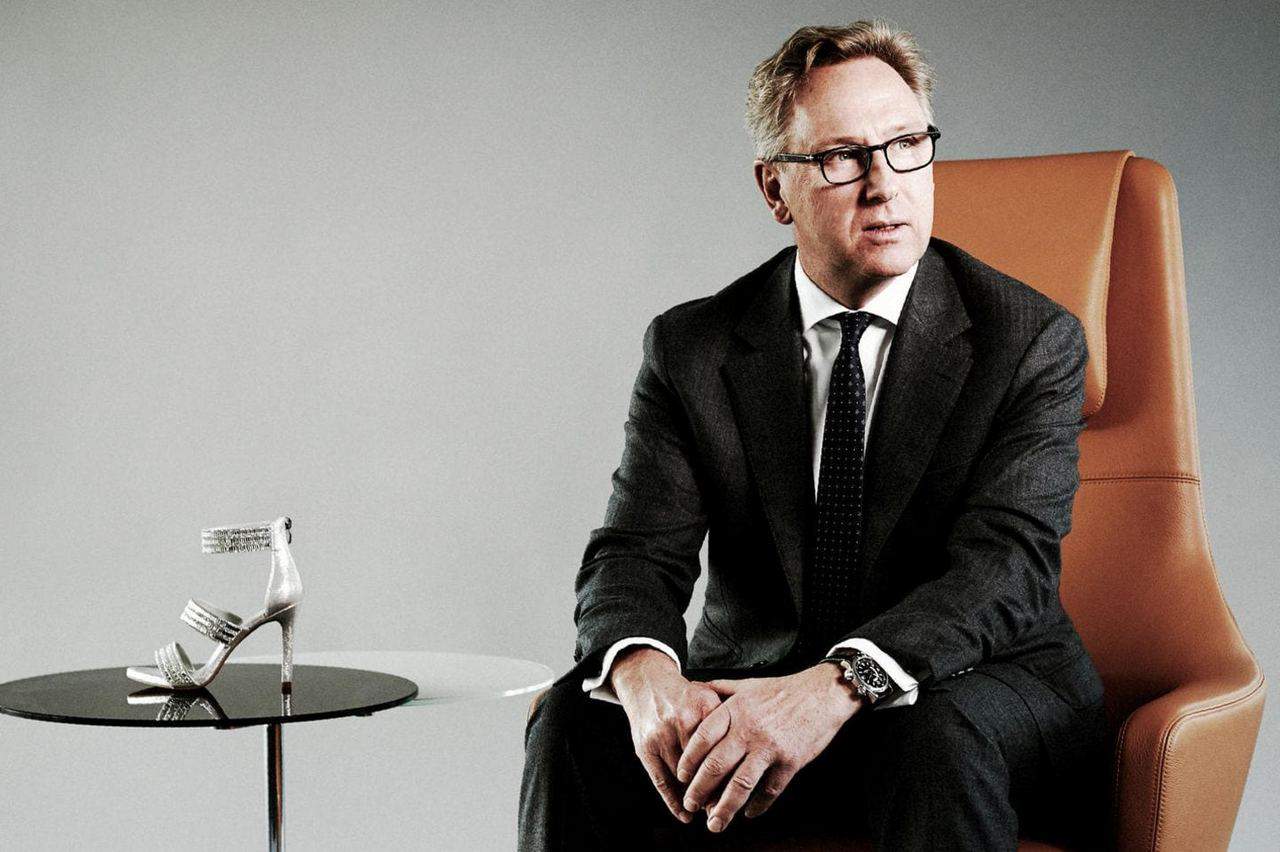 If you don’t know this yet, Deichmann SE is currently the largest footwear retailer in Europe. The family-owned business was started with a cobbler’s shop in the outskirts of Essen, Germany, opened back in 1913 by Heinrich Deichmann, the grandfather of the current CEO, who managed to grow this company to a billion-dollar business.

Heinrich Otto Deichmann is extremely wealthy right now, but it’s not all about the money for him. He’s also involved in various charitable works related to medical aid for Third World countries and programs meant to support the homeless. I guess it’s not that bad of an idea to choose Deichmann when you’re looking for a new pair of shoes. 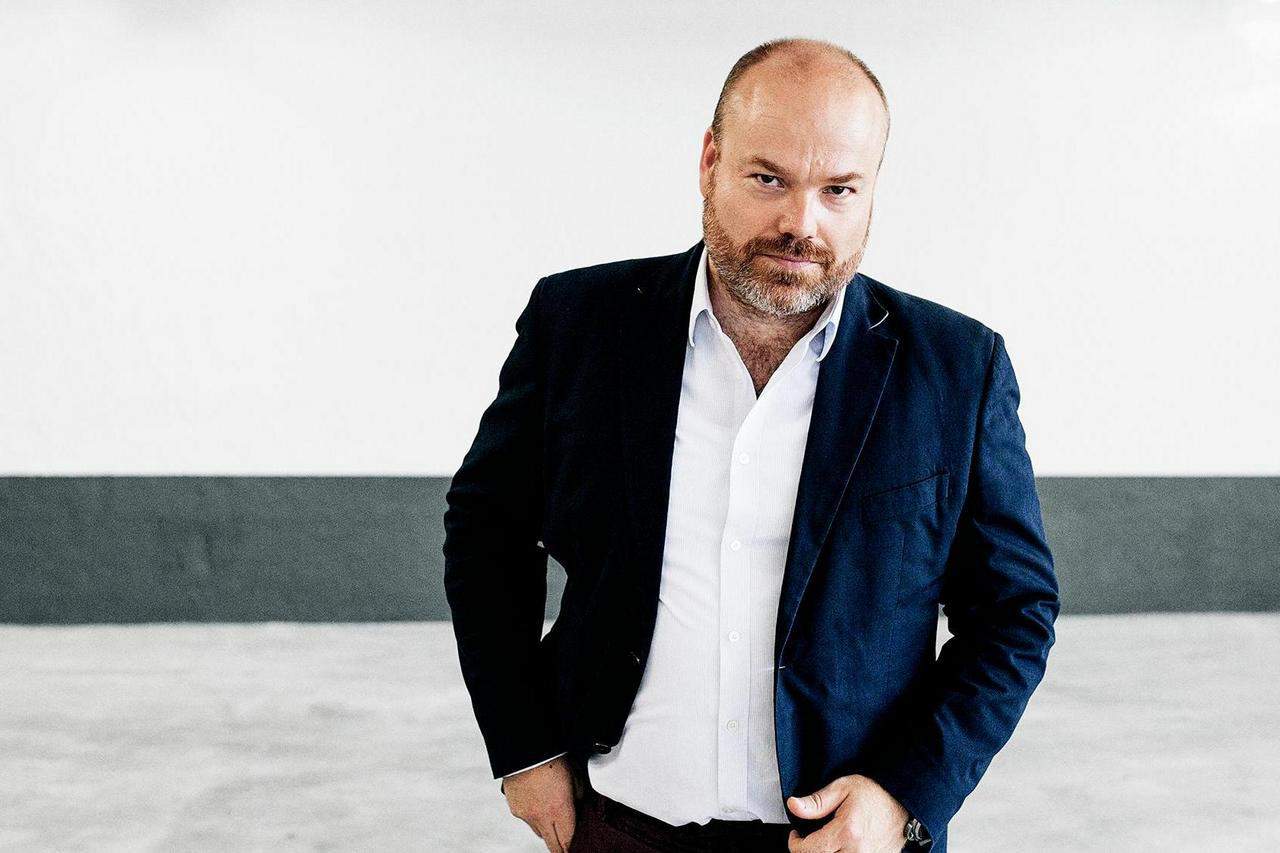 When he was just 28 years old, Anders Holch Povlsen became the sole owner of his company – Bestseller – a Denmark-based international clothes retailer that sells clothing under the Vero Moda, Only and Jack&Jones labels. That happened nearly 30 years ago. In the meantime, Povlsen also became a major shareholder in ASOS and today he’s one of the largest individual private landowners in the UK.

I guess that’s a good way of spending your money. But even though you might think he was extremely lucky to get to this huge fortune, he might want to give most of it away, if not all, to get his beloved children back. He lost three of his children and he was himself injured in a terrorist attack in Sri Lanka in 2019, so just remember, money isn’t everything! 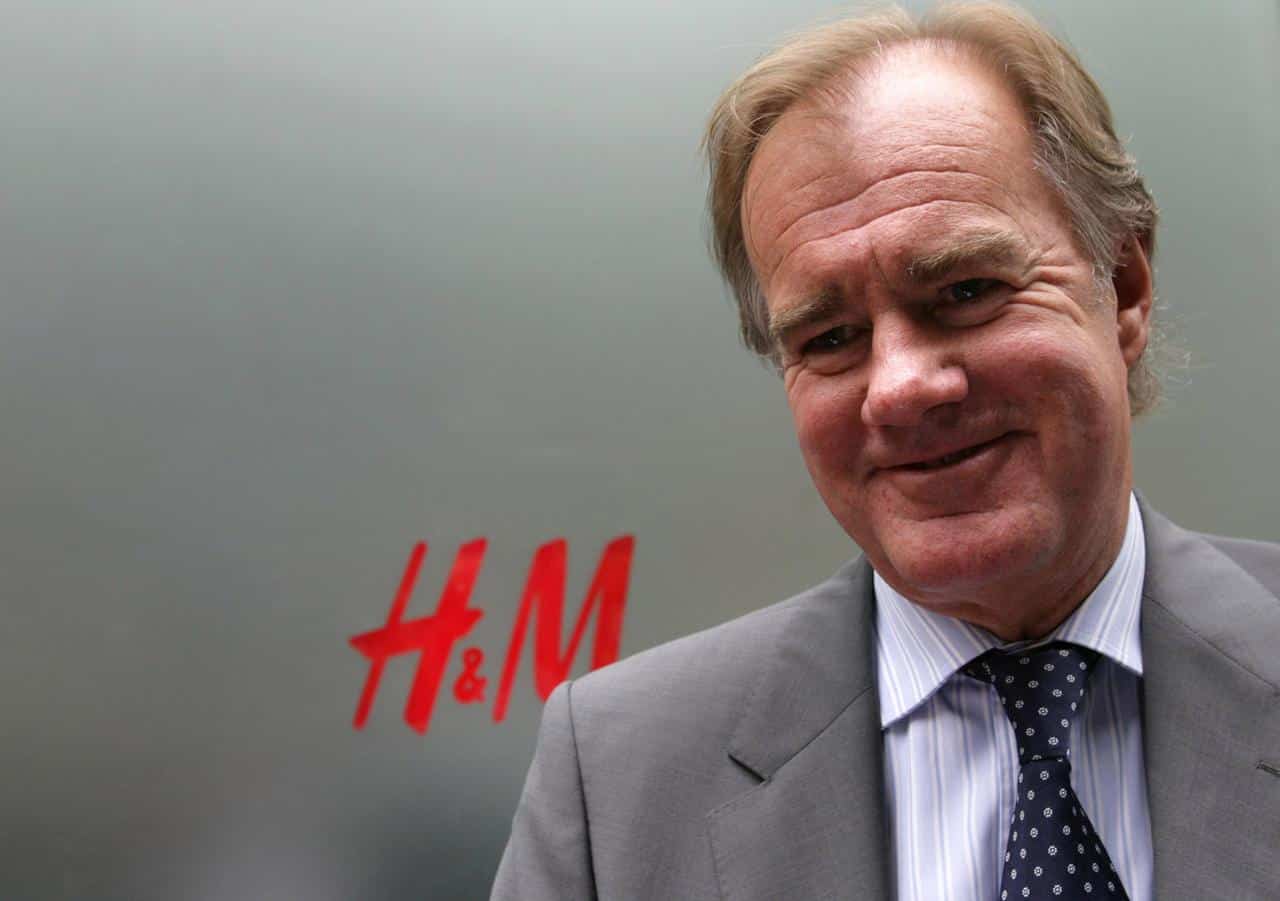 According to the Forbes Billionaire’s List for 2023, Carl Stefan Erling Persson is currently the 84th richest person in the world. The former chairman of the bestselling fashion retailer Hennes & Mauritz (H&M) is also Sweden’s richest person right now. He stepped down as chairman of H&M in May 2020 and allowed his son, Karl-Johan, to take the reigns of this fast-fashion business.

In case you were not aware, the H&M group also owns the following labels: COS, Weekday, & Other Stories, Monki, ARKET and H&M Home. With over 5,000 stores in 74 countries, the Swedish retailer still has a lot room for expansion, as everyone in the world has probably heard about H&M and would love to wear their clothes. 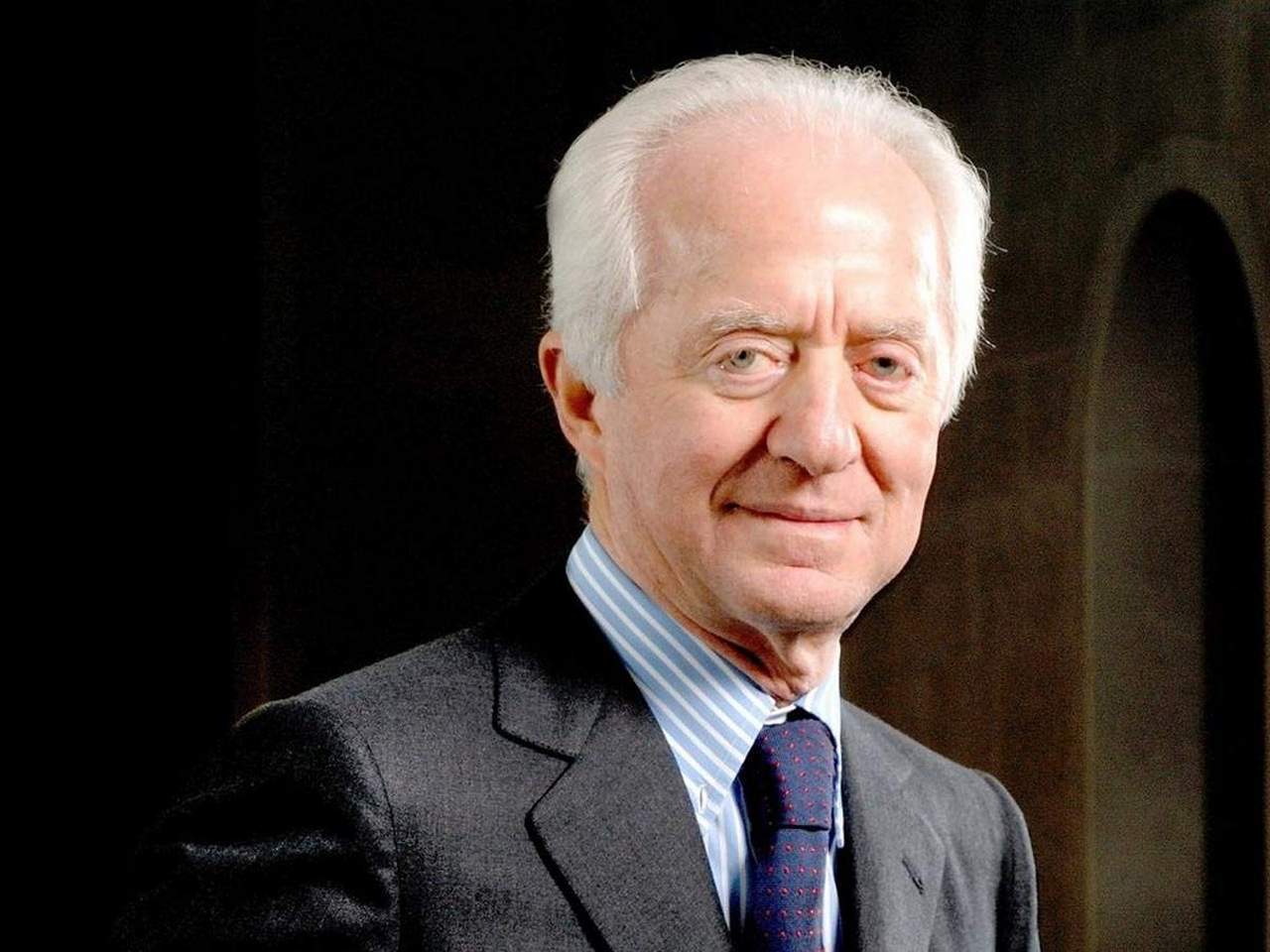 Italian vision billionaire Leonardo Del Vecchio is the chairman of eyewear giant Luxottica, the world’s largest producer and retailer of glasses and lenses. After founding Luxottica back in 1961, Del Vecchio went on to acquire Sunglass Hut, Ray-Ban, Persol and Oakley – I doubt you knew these are all Luxottica brands.

They’re also making sunglasses and designer frames for the likes of Chanel, Prada, Armani, Versace, Burberry, Dolce & Gabbana, Bulgari and more. The Italian eyewear conglomerate employs over 70,000 people and has more than 8,000 stores opening their doors each day to new customers who need or love to wear glasses. 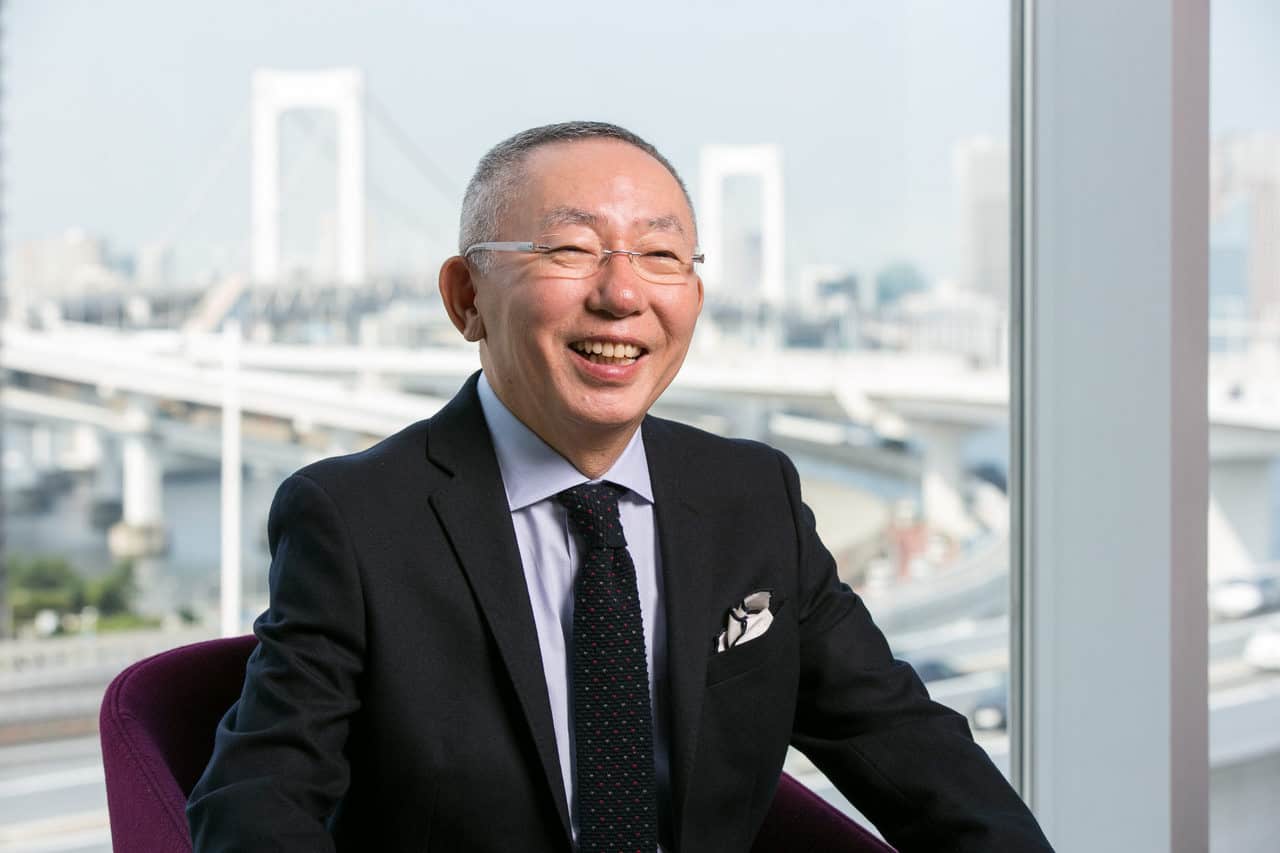 The richest person in Japan, Tadashi Yanai founded and runs Fast Retailing, the parent company of Uniqlo (“unique clothing”), which is the largest clothing retailer in all Asia. Yanai opened the first Uniqlo store back in 1984 and today there are over 2,000 stores located in more than 20 countries. Other Fast Retailing brands include Helmut Lang, Theory, J Brand and GU.

He began his career at his father’s roadside tailor shop and more than 30 years later his company’s annual revenue exceeds $21.3 billion dollars. But he always aimed high and one day he hopes that Fast Retailing would surpass H&M and Inditex. There’s obviously a lot of room to grow. 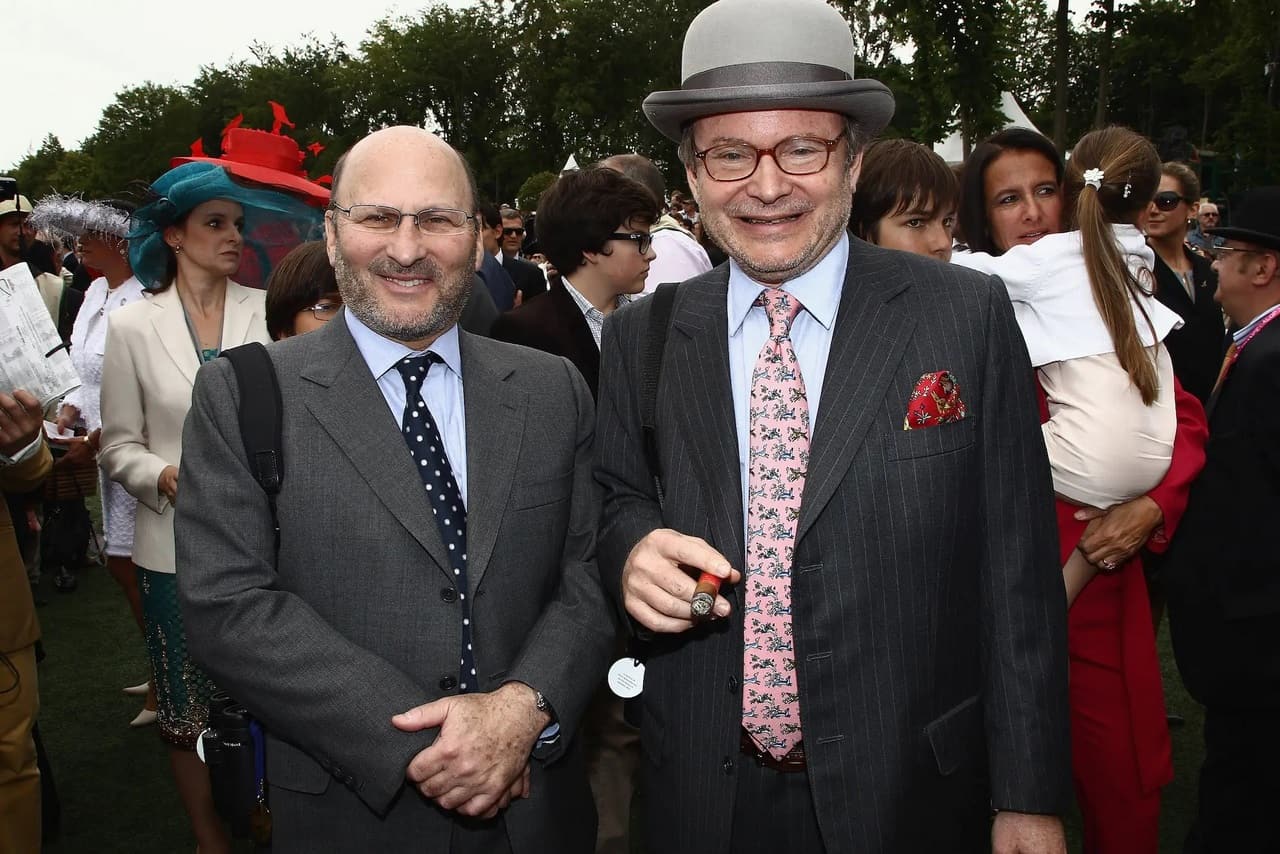 Some people have referenced this duo as “the quietest billionaires in fashion”, for good reason. We’re pretty sure you’ve never heard about Gerard & Alain Wertheimer either. But the Wertheimer brothers are the mysterious co-owners of Chanel, with Alain acting as the chairman of this legendary fashion house, while the Gerard is managing the Chanel’s watch department, based in Switzerland.

Aside from their massive fashion empire, Gerard and Alain also enjoy the privilege of owning various vineyards located in France and Napa Valley. There is always room for a new hobby or a luxurious property, when you are able to afford it. 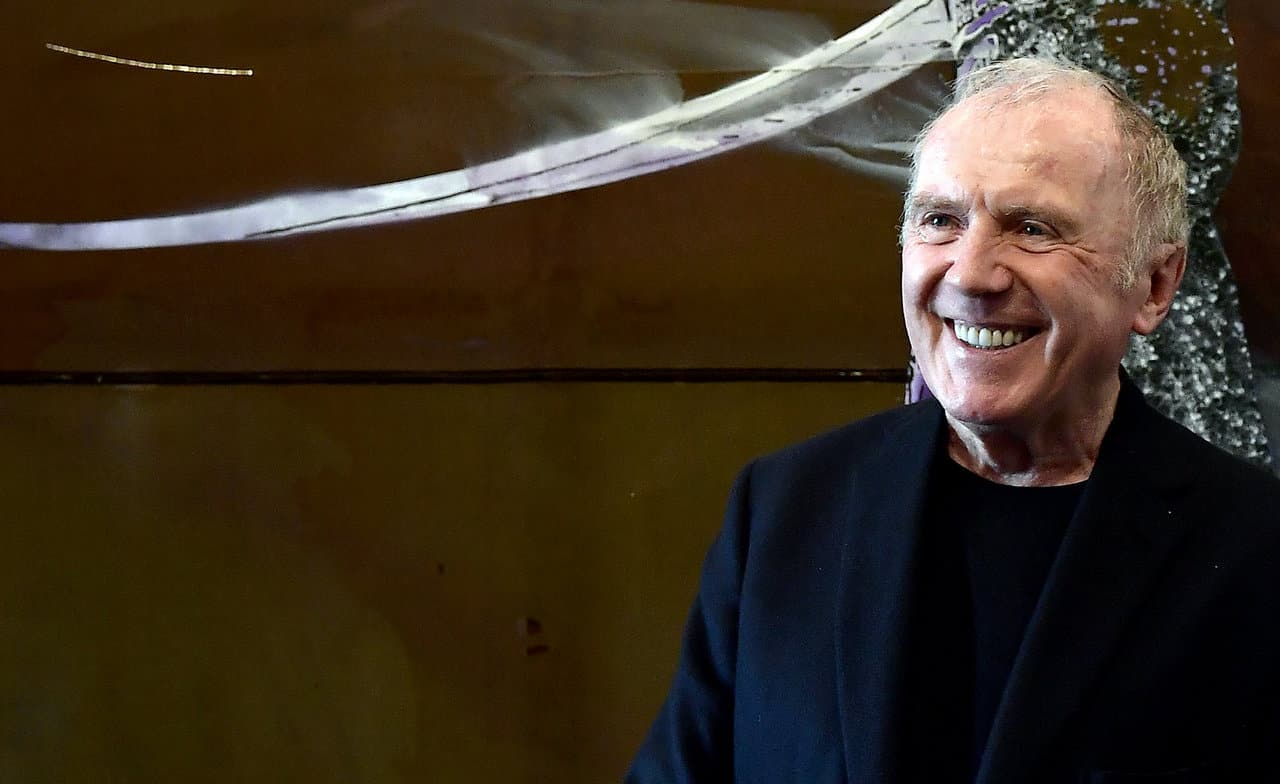 Monsieur Pinault is now the honorary chairman of the renowned luxury group Kering, which owns iconic fashion brands such as Gucci, YSL, Balenciaga, Alexander McQueen, and Boucheron, or highly praised watchmakers like Ulysse Nardin or Girard-Perregaux. But did you know that this family-operated business also owns the iconic British auction house Christie’s?

Let’s not forget about his extraordinary art collection comprising more than 5,000 exclusive pieces from famous artists such as Picasso, Matisse, Mondrian, and Koons. François-Henri Pinault took over the reigns from his father in 2005 and the retail group PPR into the luxury fashion group Kering.

If you don’t know this yet, the Pinault family recently donated $113 million for rebuilding the famed Notre Dame Cathedral in Paris, after the damage caused by the April 2019 fire. They’re always where help is needed. 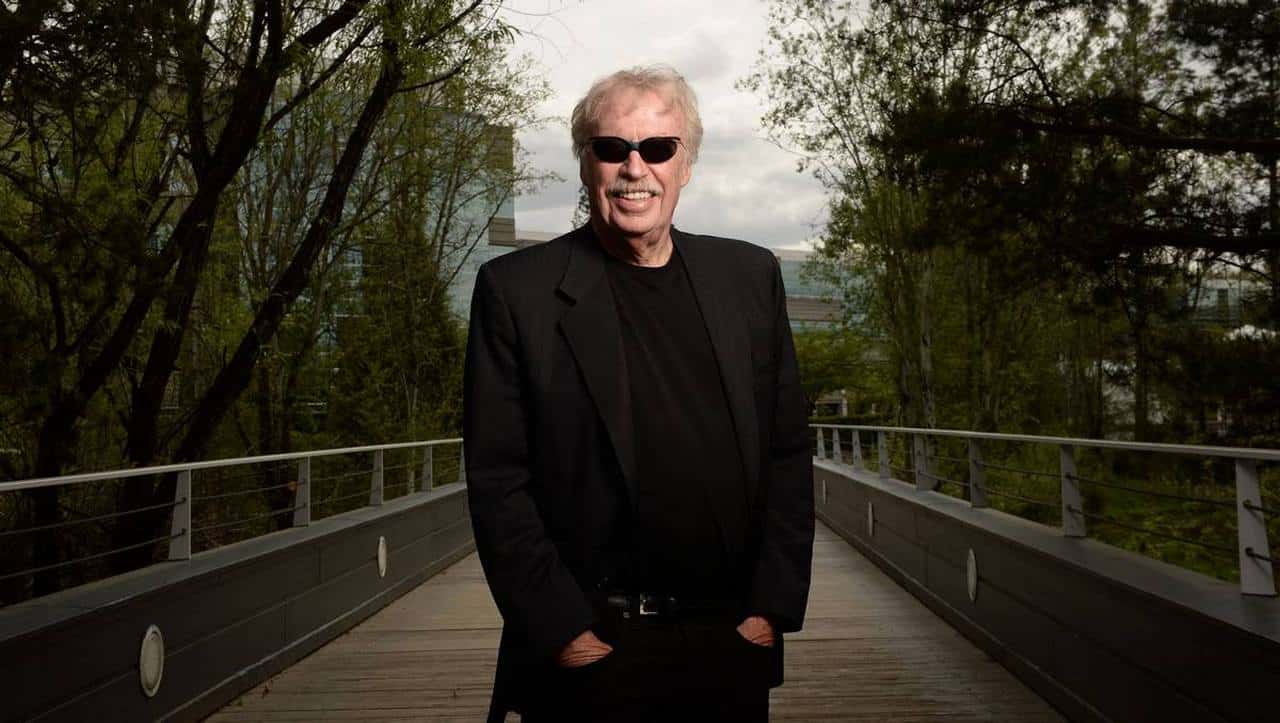 Founder and the largest shareholder of shoe giant Nike, Phil Knight ran track at the University of Oregon before coming up with his brilliant business idea. He created the first Nike shoes back in 1964 with his former track coach, Bill Bowerman, and they each put $500 to get things started. The brand was actually called back then Blue Ribbon Sports.

Today, Nike is the biggest maker of athletic shoes and sports apparel in the world, with over 1,100 stores and revenues which topped $44 billion. That was an insane return for a $500 investment, right? Knight retired as chairman of Nike in 2016 – after 52 years at the company, he sure needs some time to enjoy the best things in life. 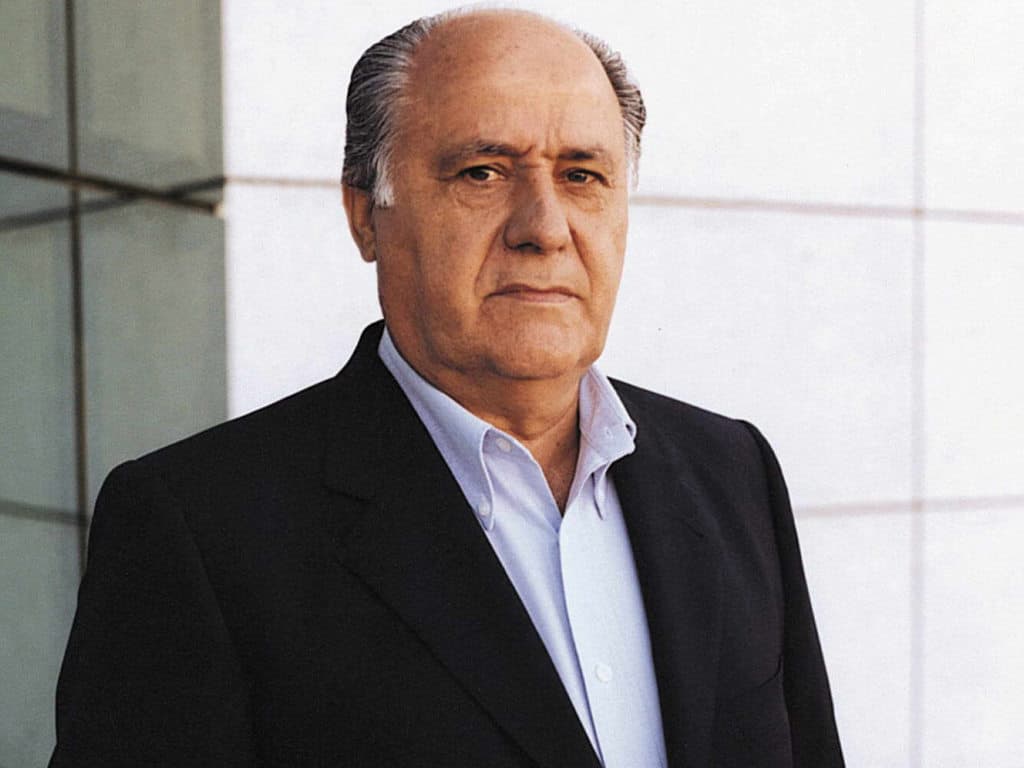 Back in 1975, Amancio Ortega founded Inditex with his ex-wife Rosalia Mera and he currently owns 59 percent of the world’s largest fashion retailer. The fast fashion Spanish retail giant is best known for its ZARA fashion chain, but it also presides over other brands such as Pull & Bear, Bershka, Oysho, Masimo Dutti, Stradivarius, ZARA Home and Uterque.

Inditex has more than 7,500 stores around the world and Ortega gets over $400 million/year from dividends alone. With his massive fortune, the sky is the limit – or maybe not. He’s invested his dividends into premium office and retail properties in Madrid, Barcelona, London and New York. 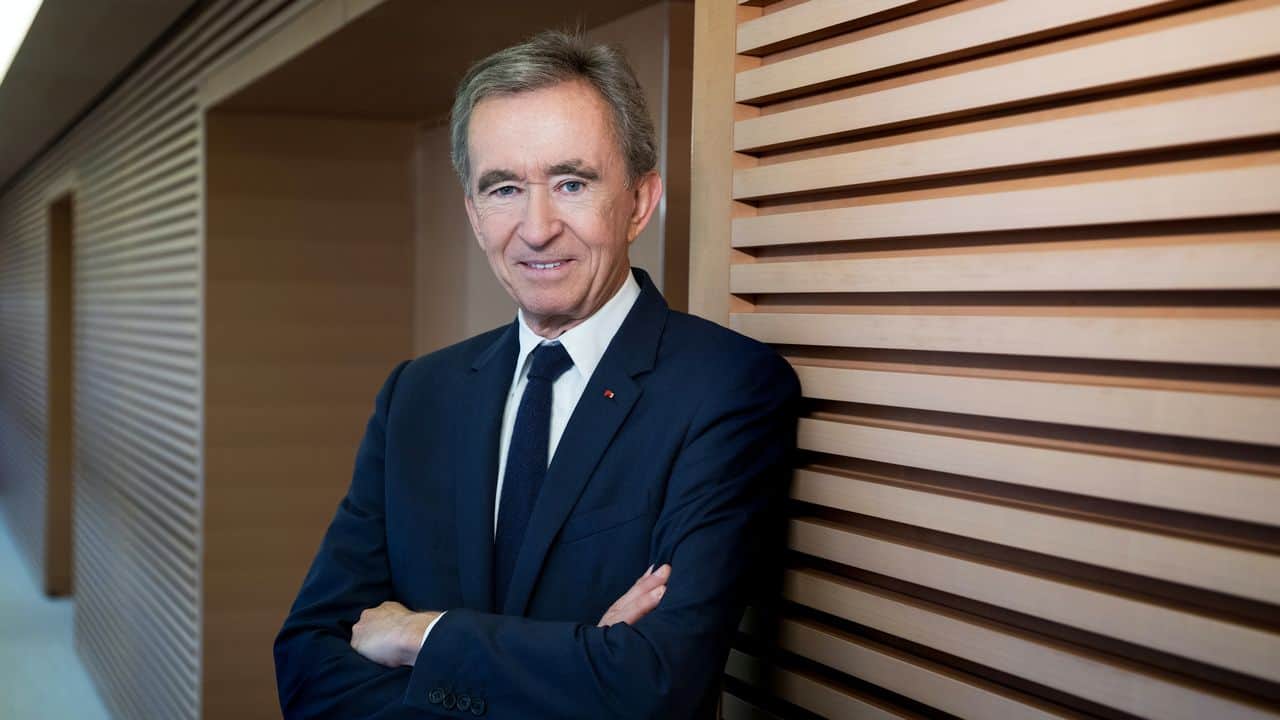 One of the world’s best taste makers, Bernard Jean Étienne Arnault sits comfortably at the top of our list, with a fortune estimated at over $150 billion right now. The chairman and CEO of LVMH, the world’s largest luxury goods company, became the richest person in the world in January 2020, albeit for a short period in time.

The Top 10 Richest People in the Fashion Industry in 2021 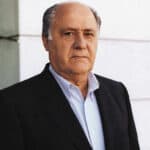 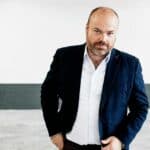 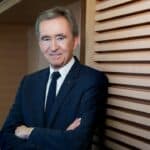 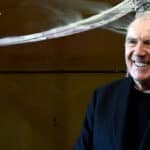 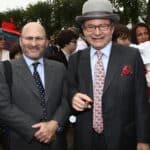 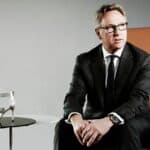 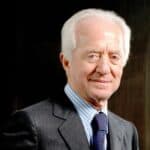 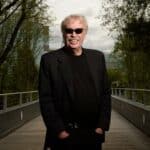 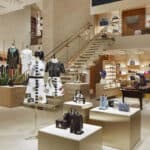 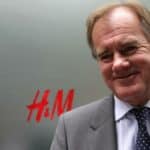 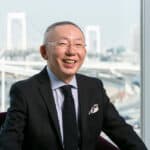 Tags
Previous Article
Best Luxury Colognes for Men: 10 Fragrances You Will Totally Love
Next Article
10 Best Luxury Shampoos for Every Type of Hair