There’s certainly a lot of money to be made in the fashion industry – after all, people are always going to buy clothes! And though many designers have the air of bohemian artists who would squander their fortune immediately, some have proven to be quite astute entrepreneurs. The following is a list of those who have been the most successful, earning billions from their creations:

Fashion isn’t all about eccentric, highly creative designers and their elegant or flamboyant collections. Sometimes, it’s all about having an idea and solving a problem – which is how Sara Blakely began her journey to becoming the world’s youngest self-made female billionaire.

At 29, she had a job selling fax machines door-to-door, and wasn’t satisfied with the pantyhose she was wearing – so she decided to create something better. With no formal education regarding patents, advertising, or business, Blakely managed to create a hosiery empire based solely on the quality of her products, even earning an endorsement from Oprah along the way. Despite the company’s huge growth, the Georgia native intends to keep Spanx private, an approach which seems to have paid off thus far. 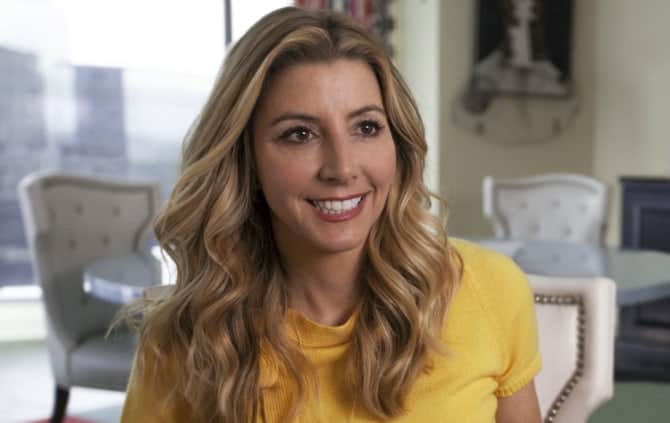 Born into a wealthy family, Tory Burch had a much smoother career development than other fashion industry billionaires. After graduation from the University of Pennsylvania (where she majored in art history), Burch moved to New York where she worked for the likes of Vera Wang and Polo Ralph Lauren.

She finally launched her own brand in 2004 and enjoyed immediate success (an endorsement from Oprah certainly helped as well!). Now a billionaire and a philanthropist, Burch was named the 79th most powerful woman in the world by Forbes in 2014. 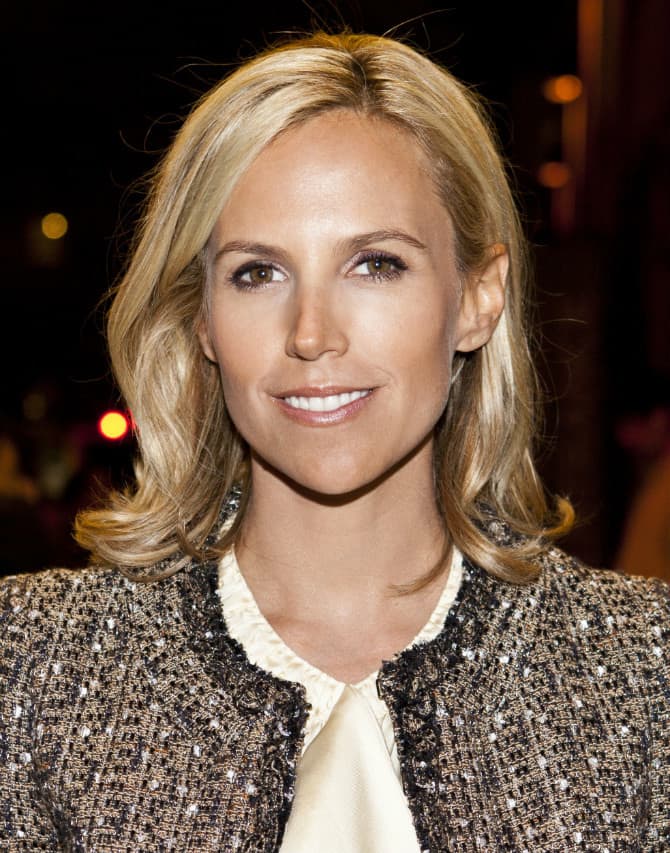 Born in Long Island, New York, to a former model, Michael Kors was exposed to the world of fashion from an early age. As early as ten, he designed clothes and sold them from his parent’s basement, and at eighteen he enrolled at the Fashion Institute of Technology in New York City. Like other very successful designers (see below!), he quit after short afterwards and decided to rely on his talent and flair instead.

He initially sold his designs from a small boutique across from Bergdorf Goodman on 57th Street, before catching the eye of the luxury department store’s fashion director. It hasn’t been a smooth run for Kors, who went bankrupt in 1993, but he has subsequently bounced back and is now one of the world’s few billionaire designers. 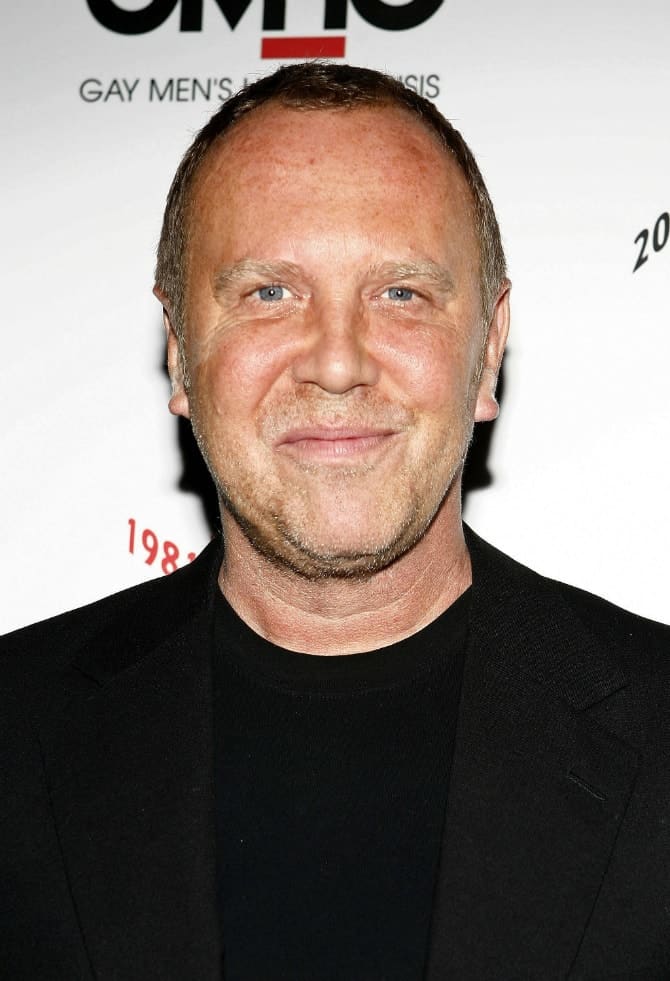 This heiress to the Estée Lauder fortune wasn’t content to just live of the wealth brought in by the company her grandparents founded. Nor did she wish to just help run the business as a board member, like other in her family. Instead, Aerin Lauder is the company’s image and style director, and has also launched her own brand (called Aerin), which makes cosmetics, perfume, accessories, jewelry, shoes, and clothing. 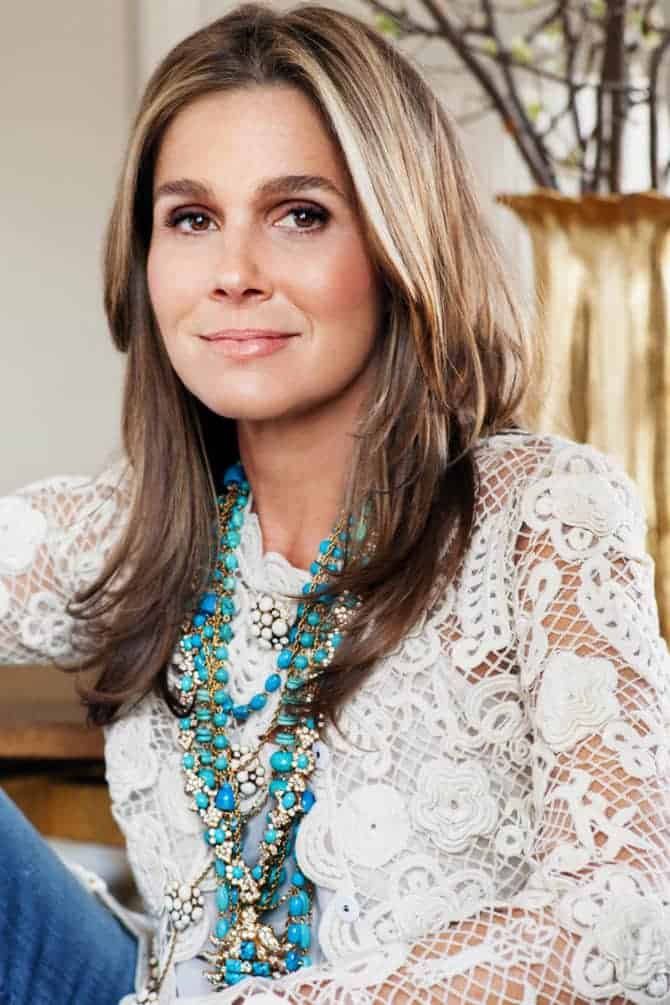 Sicilian-born Domenico Dolce is the elder half of one of the biggest and most acclaimed partnerships in the world of fashion: Dolce & Gabbana. Like many other industry mavens, Dolce dropped out of design school, after realizing he wasn’t learning anything he didn’t already know. Seeing how things turned out, he certainly wasn’t wrong!

In 1980, while he was working in Milan as a designer’s assistant, he met Stefano Gabbana, and subsequently established a partnership which would prove extremely lucrative. Their company has created clothing and costumes for artists like Madonna or Kylie Minogue, and for movies like Romeo + Juliet (starring Leonardo DiCaprio and Claire Danes). 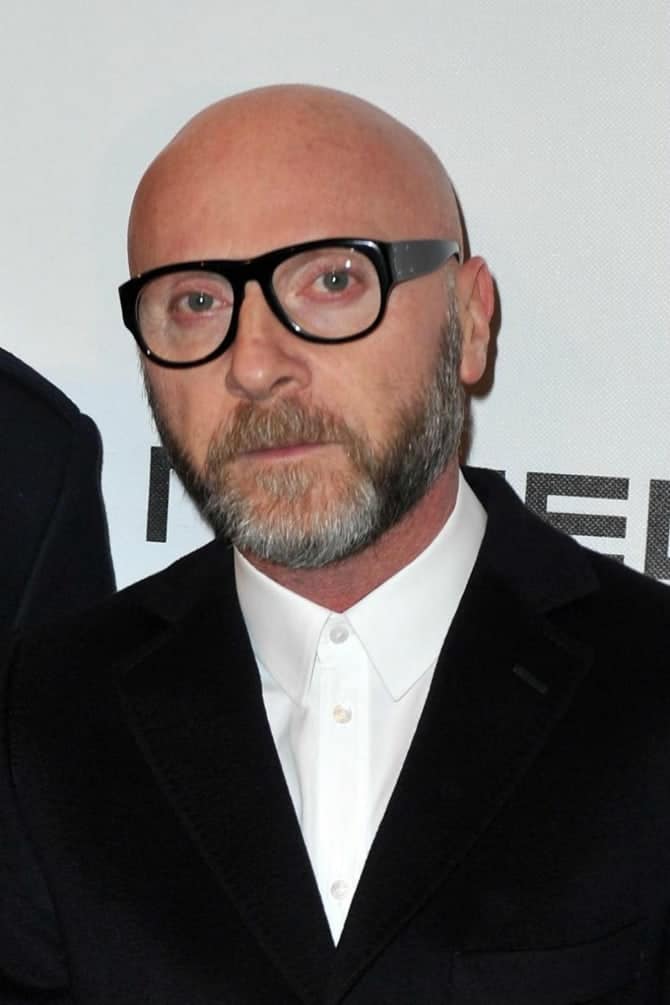 The second half of Dolce & Gabbana, Milan-born Stefano Gabbana was introduced to the trade by Domenico Dolce after the two met in a club.

The pair unveiled their first collection in 1985, but the brand really took off during the early 90s, thanks in part to a partnership with Madonna. Dolce and Gabbana’s innovative, flamboyant designs have been described as capturing the essence of the 2000s. 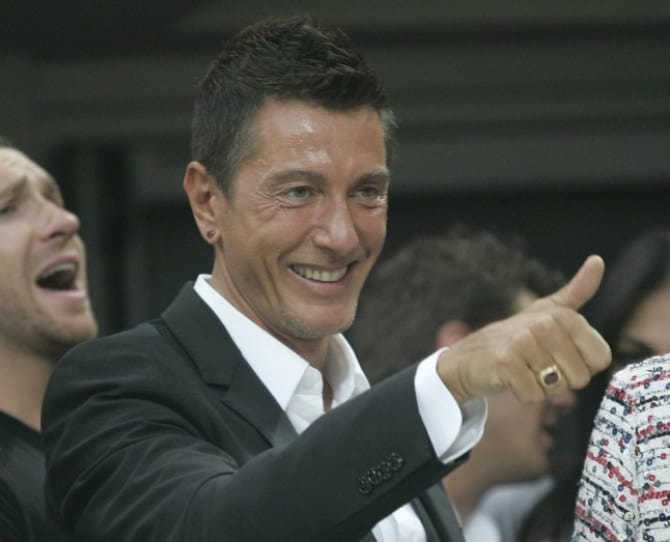 Born in Veneto, a northeastern Italian province, and thus far away from the global fashion capital that is Milan, Renzo Rosso’s fortune is connected to the alternative – jeans. His flagship brand, Diesel, got its name partly because diesel was seen as an alternative fuel during the 1970s oil crisis, when the company was established.

Nowadays Rosso is about much more than just denim and owns multiple small, high-end fashion houses, including Marni or Viktor & Rolf, through his holding company, OTB (Only The Brave) Group. 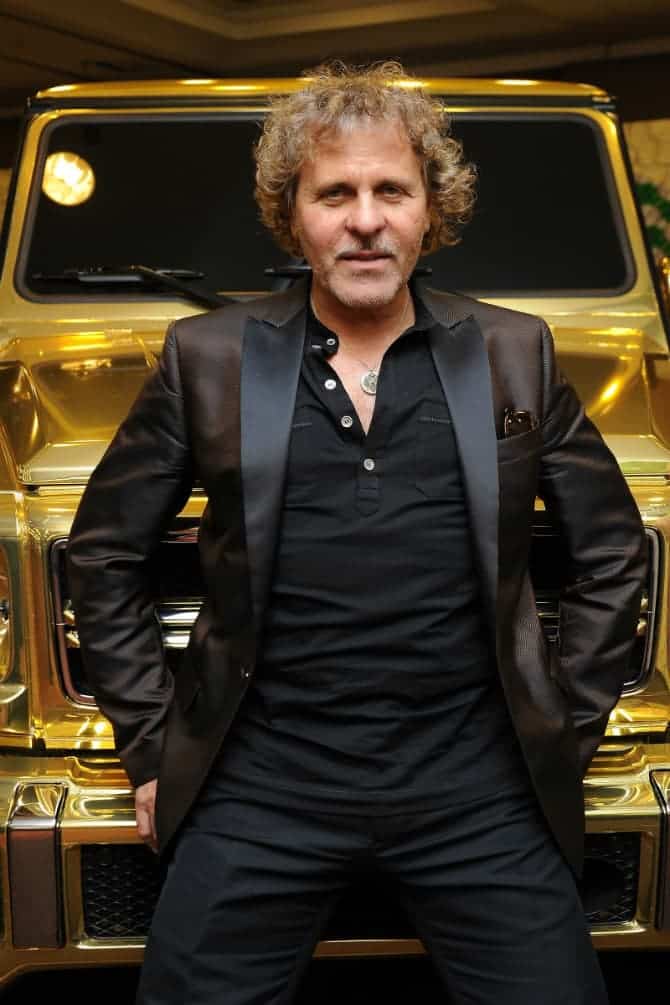 The youngest granddaughter of Mario Prada, founder of the eponymous Italian company, Miuccia Prada took over the company in 1978, overseeing its development into a globally acclaimed fashion label.

A big part of her and her brand’s success was her partnership with Patrizio Bertelli, who oversees most of the business-related aspects, allowing Prada to concentrate on the creative side of things. An astute entrepreneur in her own right, Miuccia Prada also created her own label called Miu Miu, aimed at people with a taste for the avant-garde and sophisticated new trends. 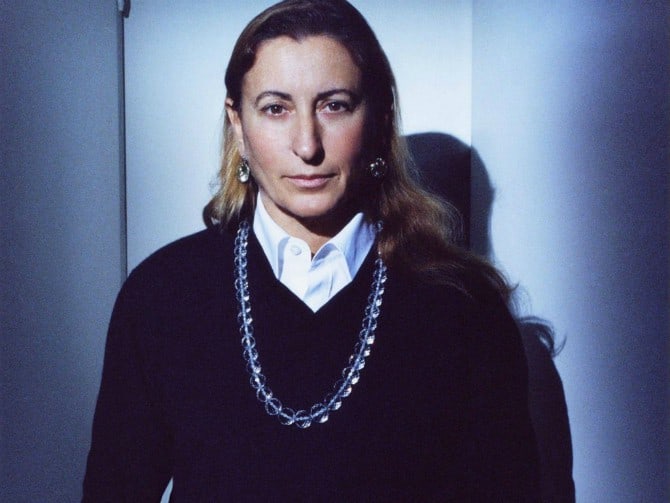 Born in The Bronx, New York City, Ralph Lauren dreamt of becoming a millionaire from a young age. However he started really small, selling ties he made himself to his classmates, something he went on to do in his mid-20s, while working as a salesman for a tie company. His European-style design eventually caught the eye of Neiman Marcus, with the luxury department store becoming Lauren’s first major client.

Soon afterwards, in 1967, the designer founded his own company, called Polo Ralph Lauren, which is now a fashion industry powerhouse with revenue amounting to $7.5 billion in 2014. Lauren himself is worth $7 billion, so it’s safe to say his ambitions have been fulfilled. 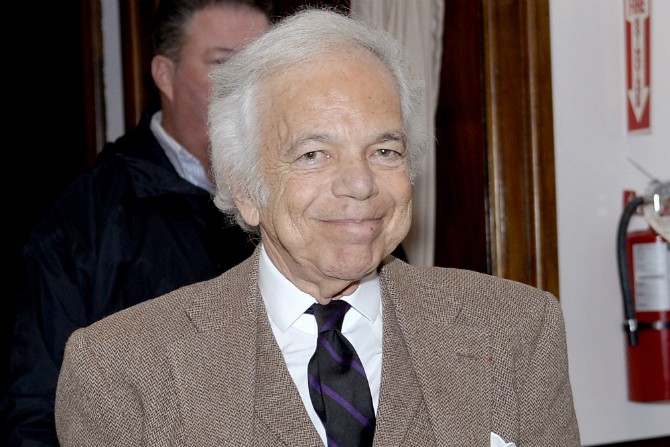 Founded by Giorgio Armani in 1975, the Italian label is nowadays a global powerhouse, while the designer’s last name is basically synonymous with fashion.

Initially a medical student who spent some time with the army, Armani then went on to work in a Milan department store, initially as a window dresser, and then as a seller. This experience at the bottom of the industry proved to be very valuable, as the talent was clearly there and was quickly recognized as soon as he started working as a designer, at first at Nino Cerruti, then as a freelancer, and finally for his own company. Today Armani heads a fashion empire worth about $8.5 billion. 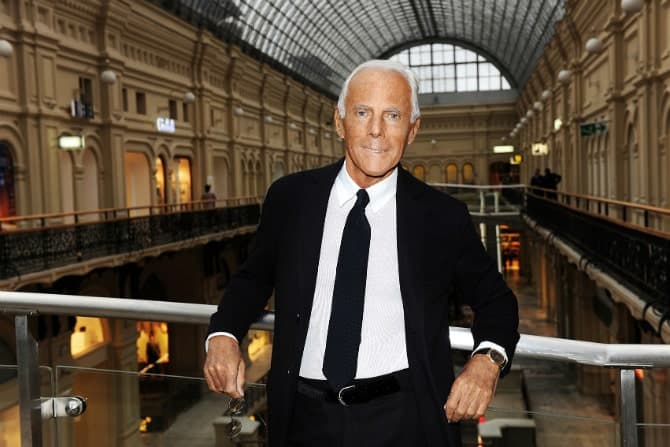