The 20 Most Valuable Coins for Collectors Worldwide 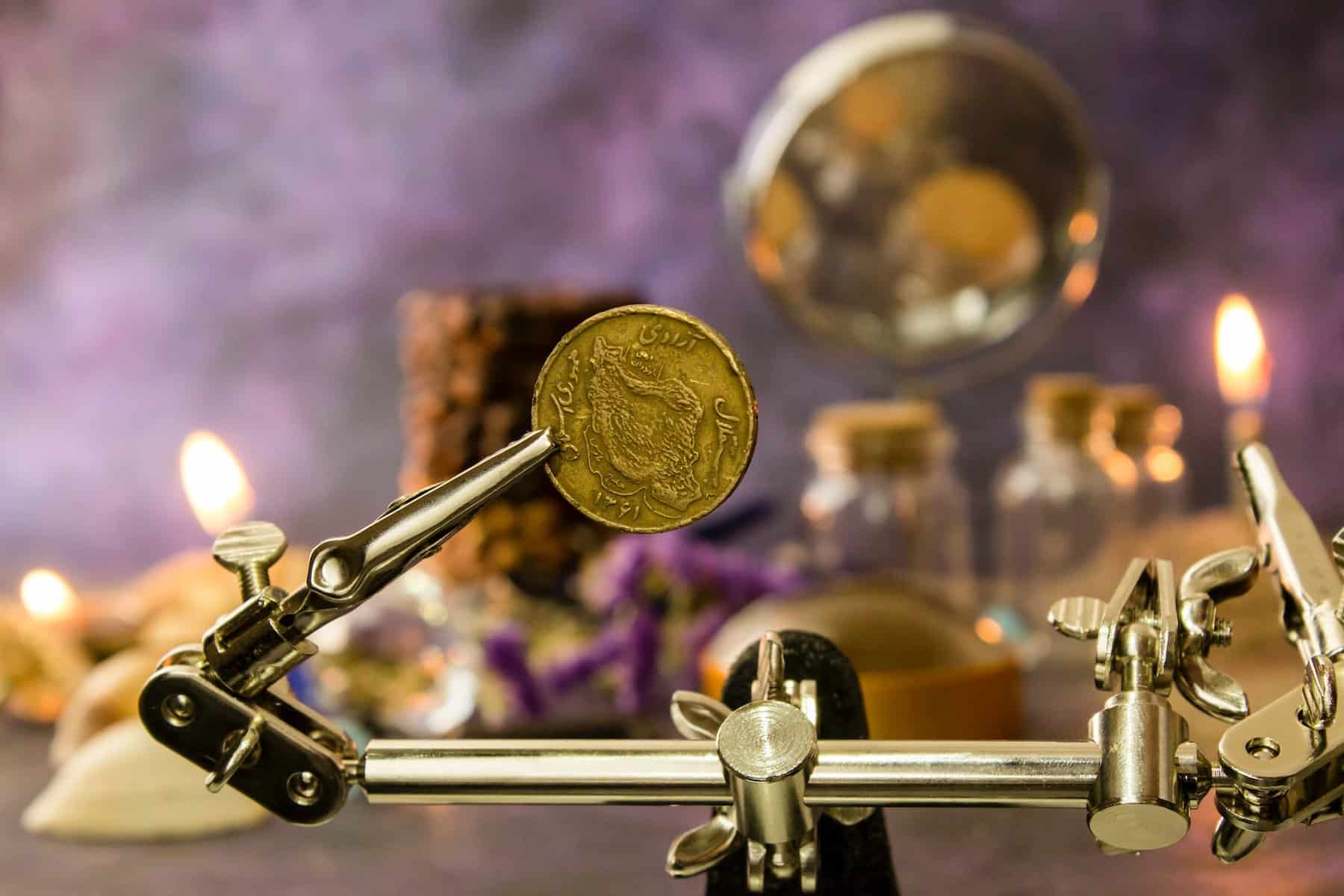 Collecting coins is a fun hobby to have and sometimes, though extremely rare, there’s the possibility of coming up on a unique and extremely valuable coin that’s worth thousands or maybe tens of thousands of dollars. The rarest of them all can even be worth millions of dollars. But the probability of coming up over one of those in your collection makes it more a dream than a possible reality.

Sure, there are examples of people like the one who found a coin with a metal detector on a beach and that coin was so rare it was valued at $6 million at auction, or others who find rarities tucked away in some box forgotten in a house’s attic, yet not everybody has that luck.

That shouldn’t discourage you from rummaging through your jars of coins or spare change though, because there’s still a chance you’ll find a small fortune hidden under your nose.

Some coins are so rare that they command millions on auction, others were accidentally engraved with silly mistakes on them that weren’t noticed until it was already too late and today they’re worth a lot of money just because of that, and some batches were almost completely destroyed, making the few survivors a must have for collectors.

Let’s find out the stories of the most valuable coins that collectors worldwide cherish so much. 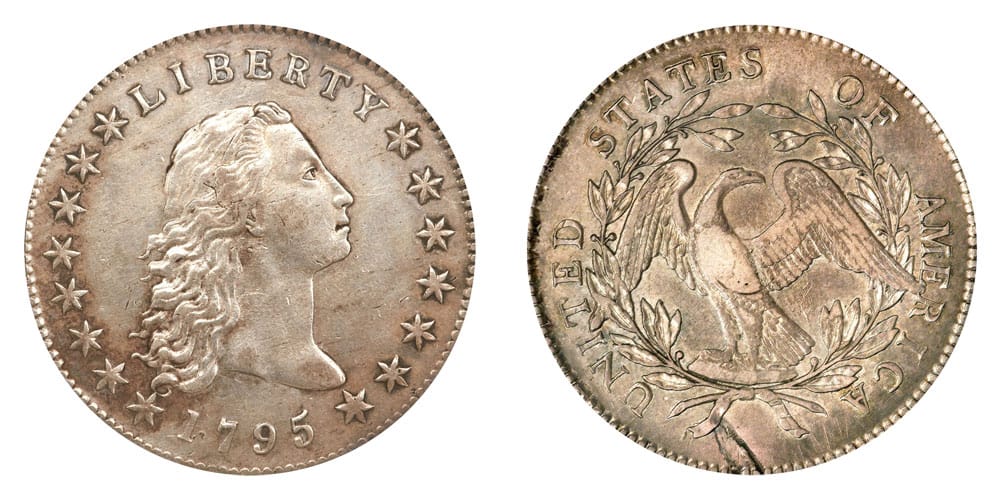 But there’s a catch here. There’s the 1794 one, out of which only some 150 to 200 are left in the world, and the 1975 variety, which is more common. The 1974 occupies one of the top three spots because of its immense value, but that doesn’t mean you won’t get something for the 1975 version, which can still tally some good money online. One such coin was sold back in September 2021 for almost $2,500 on eBay. 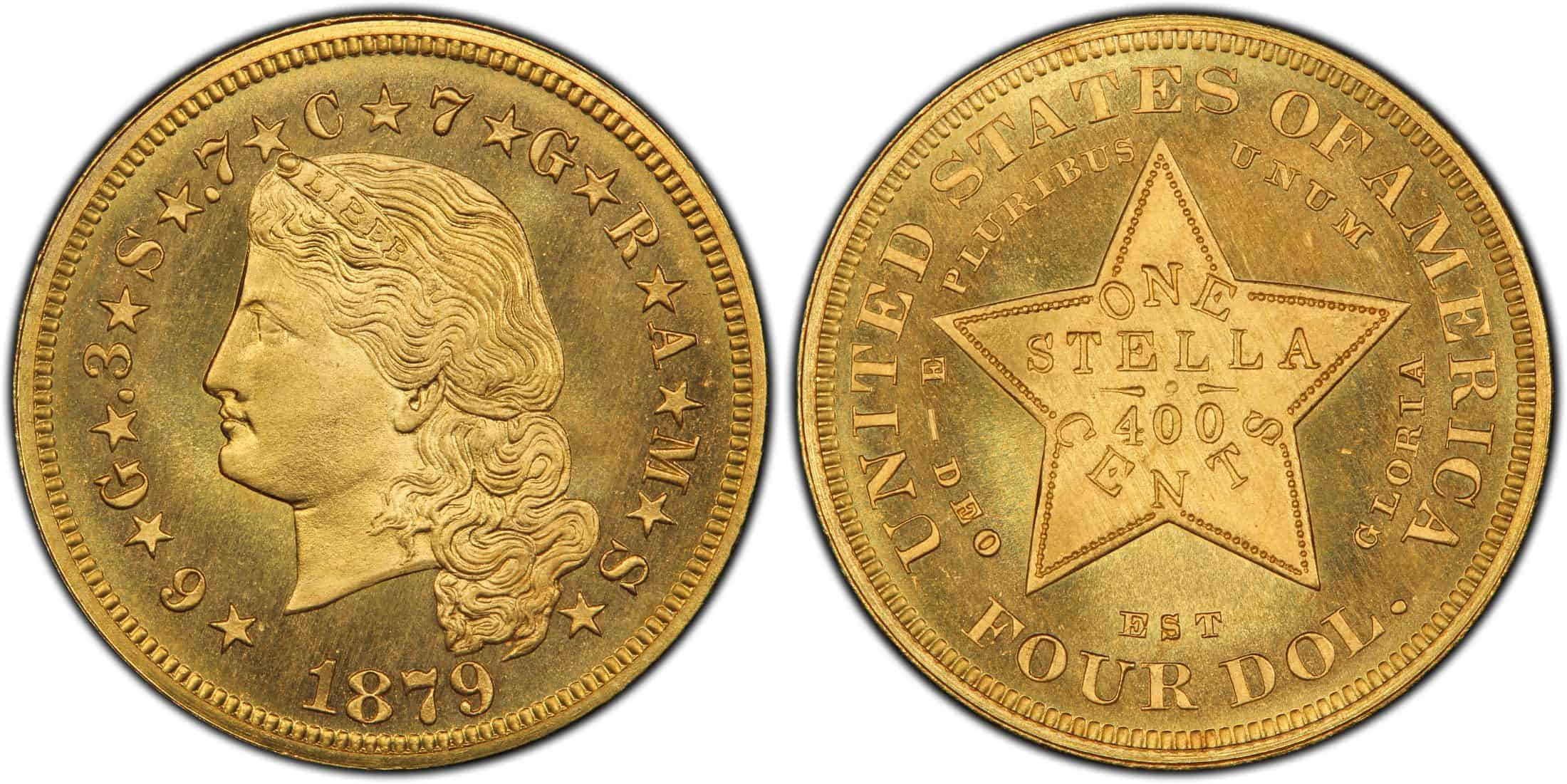 Europe had something called the Latin Monetary Union at some point in the past. It was dissolved in 1927. Its mission was to form a single currency in Europe, and the $4 Gold Stella from 1879 was designed to match the weight and composition of the union’s other coins, namely the Austro-Hungarian 8 florin piece.

The approval for the coin to enter production never came, which is why this coin is worth a small fortune to collectors today. A two coin set was sold for about $5,000 in September 2021 at Smithsonian. 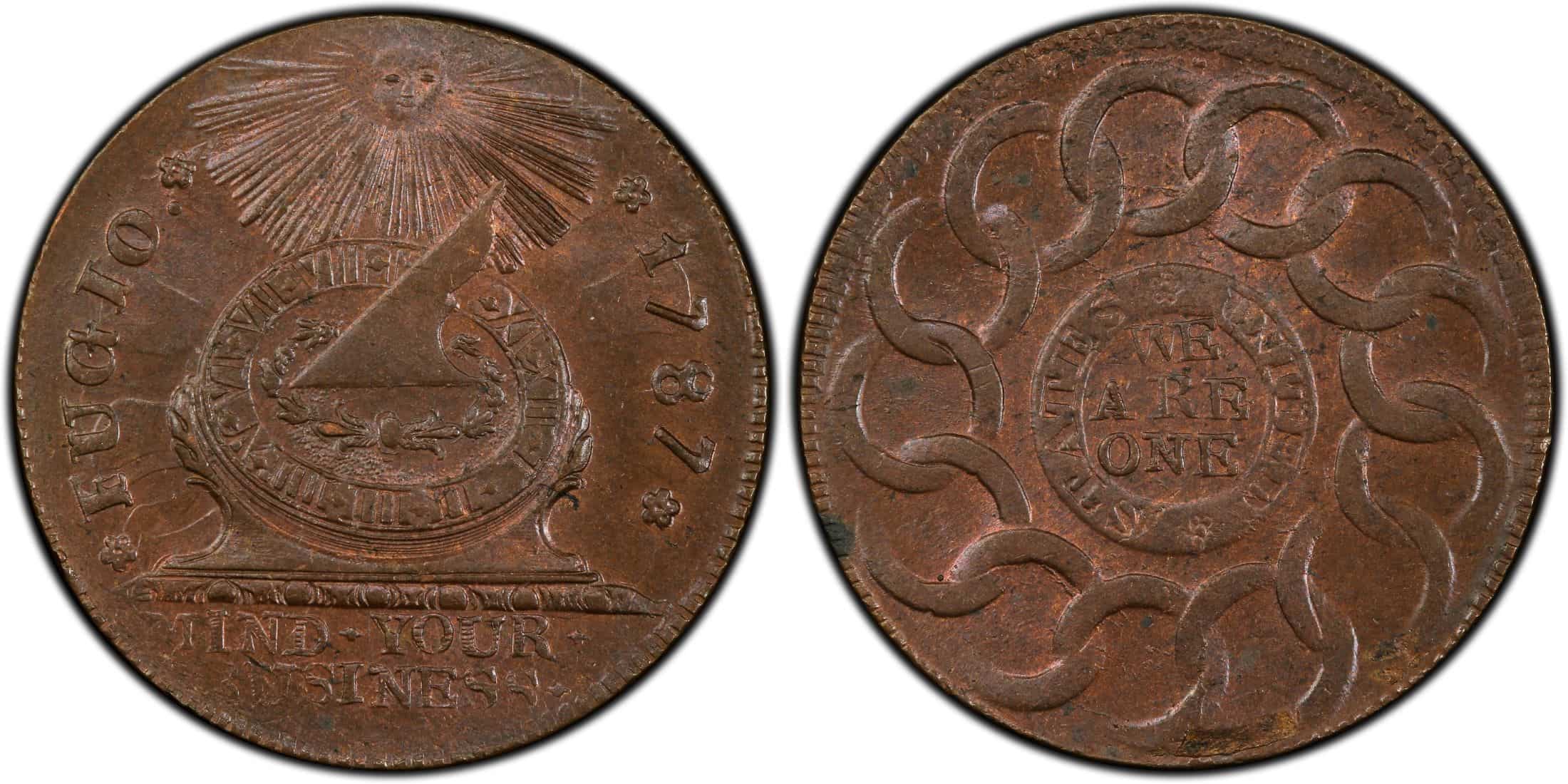 The Fugio cent, also known as the Franklin cent – after Benjamin Franklin, one of the Founding Fathers, is thought to be have been the first coin to enter circulation in the newly formed United States.

The 1787 coin has an interesting set of features, with a sun and sundial with the Latin motto “fugio” – which translates to flee, and “mind your business” on the bottom. The reverse shows the motto “We are one”, and a chain with 13 links that symbolize the first 13 states that formed America.

The coin can go from a few hundred dollars, to several thousands if in better condition, or even $10,000 or more for extremely rare variants. 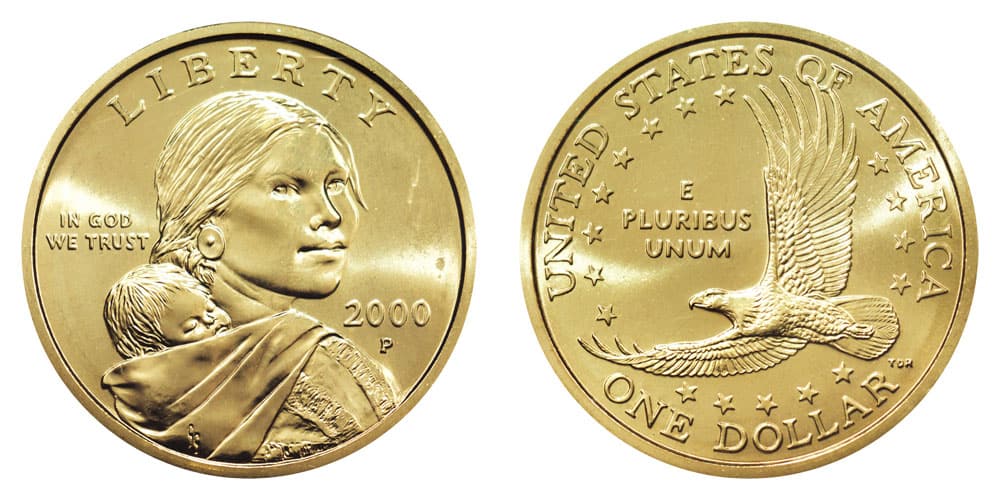 A cereal box would probably be the last place you’d think of looking for a rare coin, but back in the early 2000s, it happened.

Part of a U.S. Mint promotion of its new “Golden Dollar”, 10 million boxes of Cheerios contained a 2000 Lincoln cent, but 5,500 of them also contained the Sacagawea dollar. 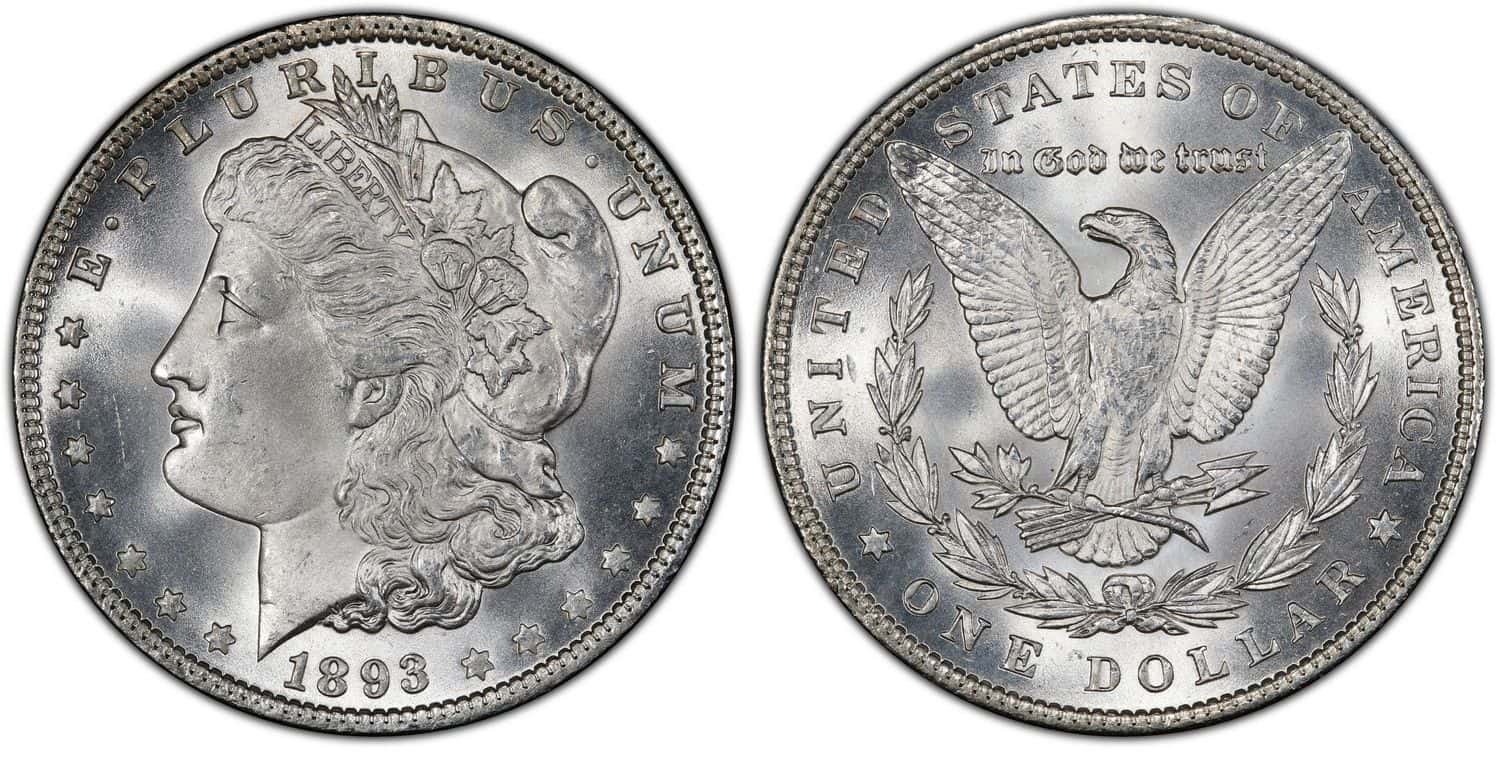 Minted between 1878 and 1904, and then again in 1921, the Morgan Silver Dollar makes for one of the most expensive coins to have ever been sold on eBay, many of them for several thousands, and even tens of thousands of dollars.

Among all of them, the 1893 variant is the rarest. A total of 100,000 are known to have been minted, and many of them have been melted down or lost during the years. The few that have survived history are valued today for as much as $550,000. 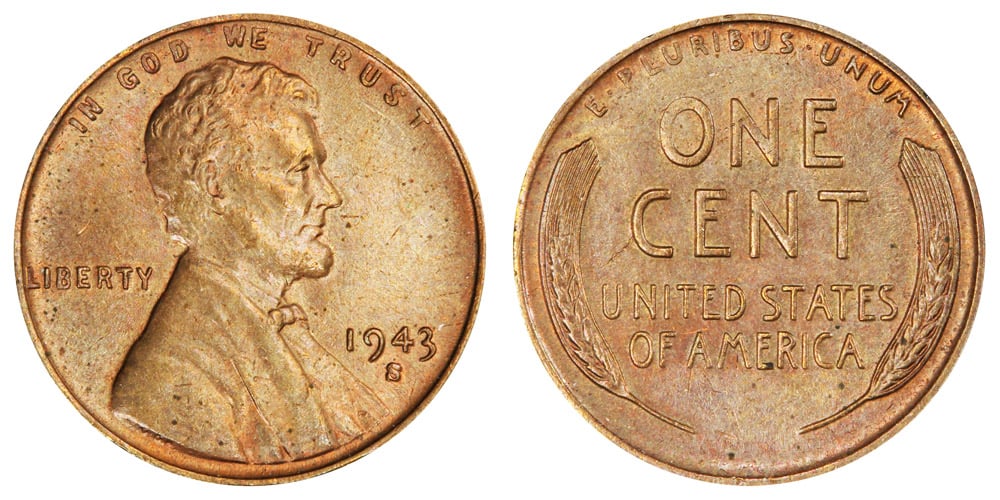 With copper needed for the production of ammunition during World War II, the U.S. Mint switched coin production to steel with a zinc coating. But one batch of bronze planchets – the round discs before being made into the actual coin, from that period, accidentally made their way into processing, were made into coins, and then entered circulation. 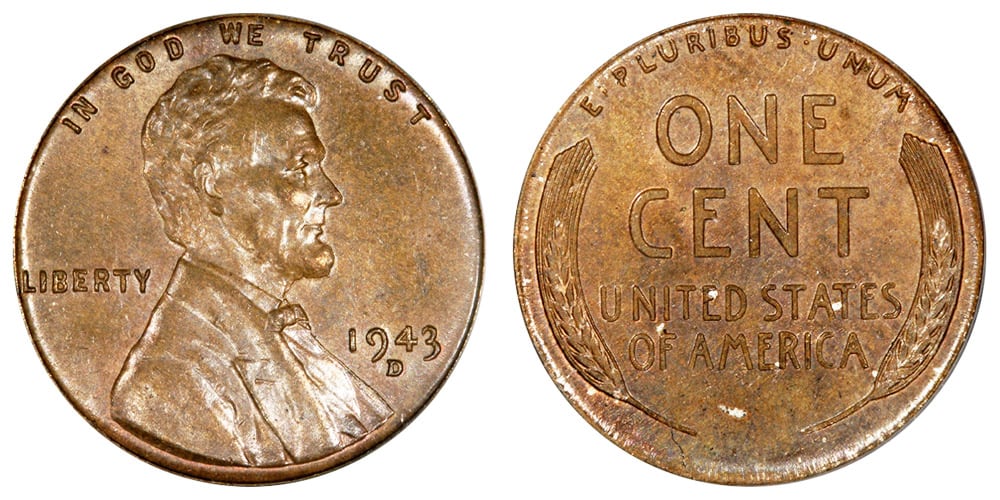 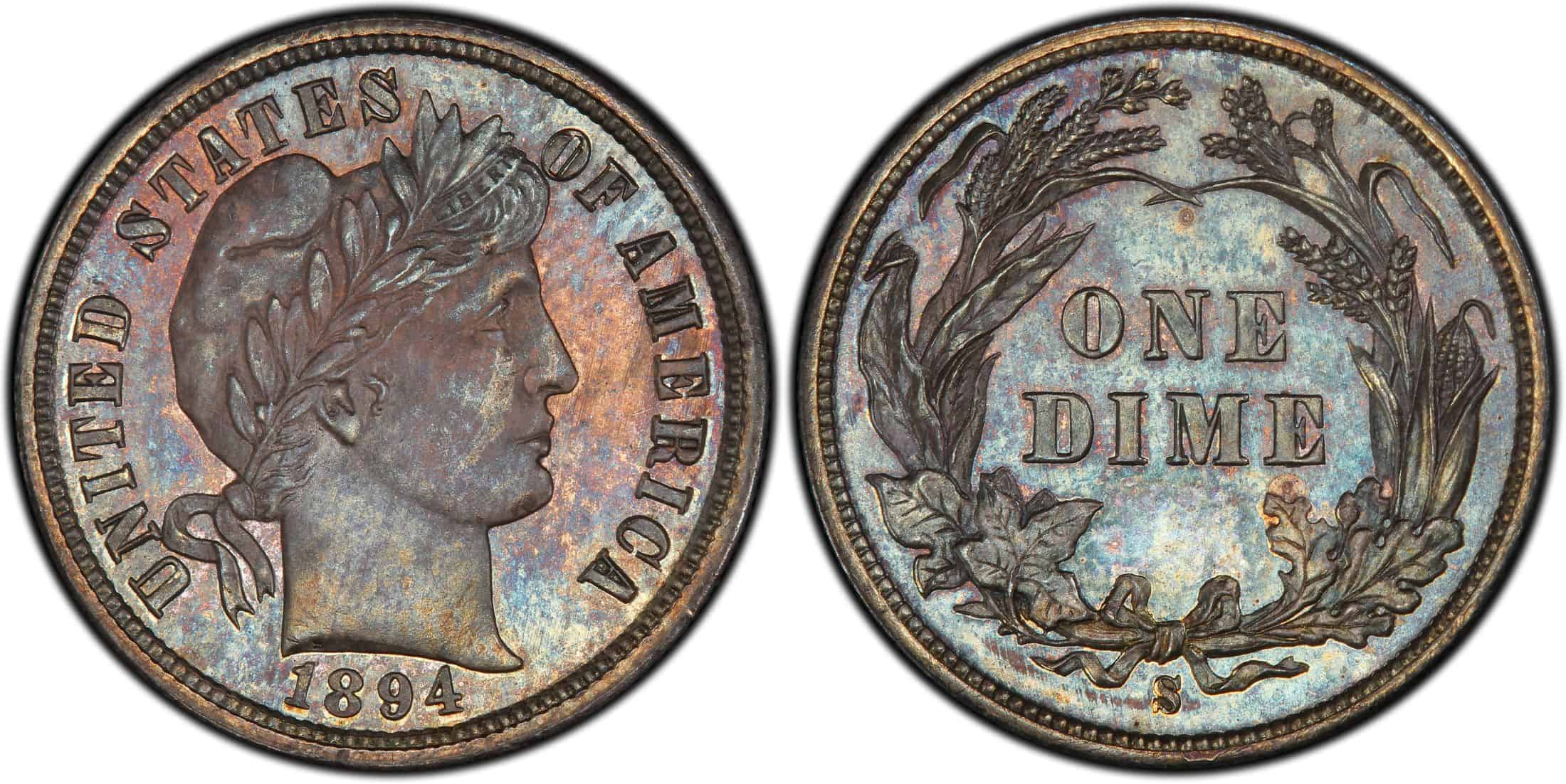 The 1894 S Barber Dime is one of the rarest coins in the world. It’s known that only a total of 24 were ever minted, with 9 still in existence today. While there are countless rumors as to why there were only 24 minted, nobody knowns the real reason. 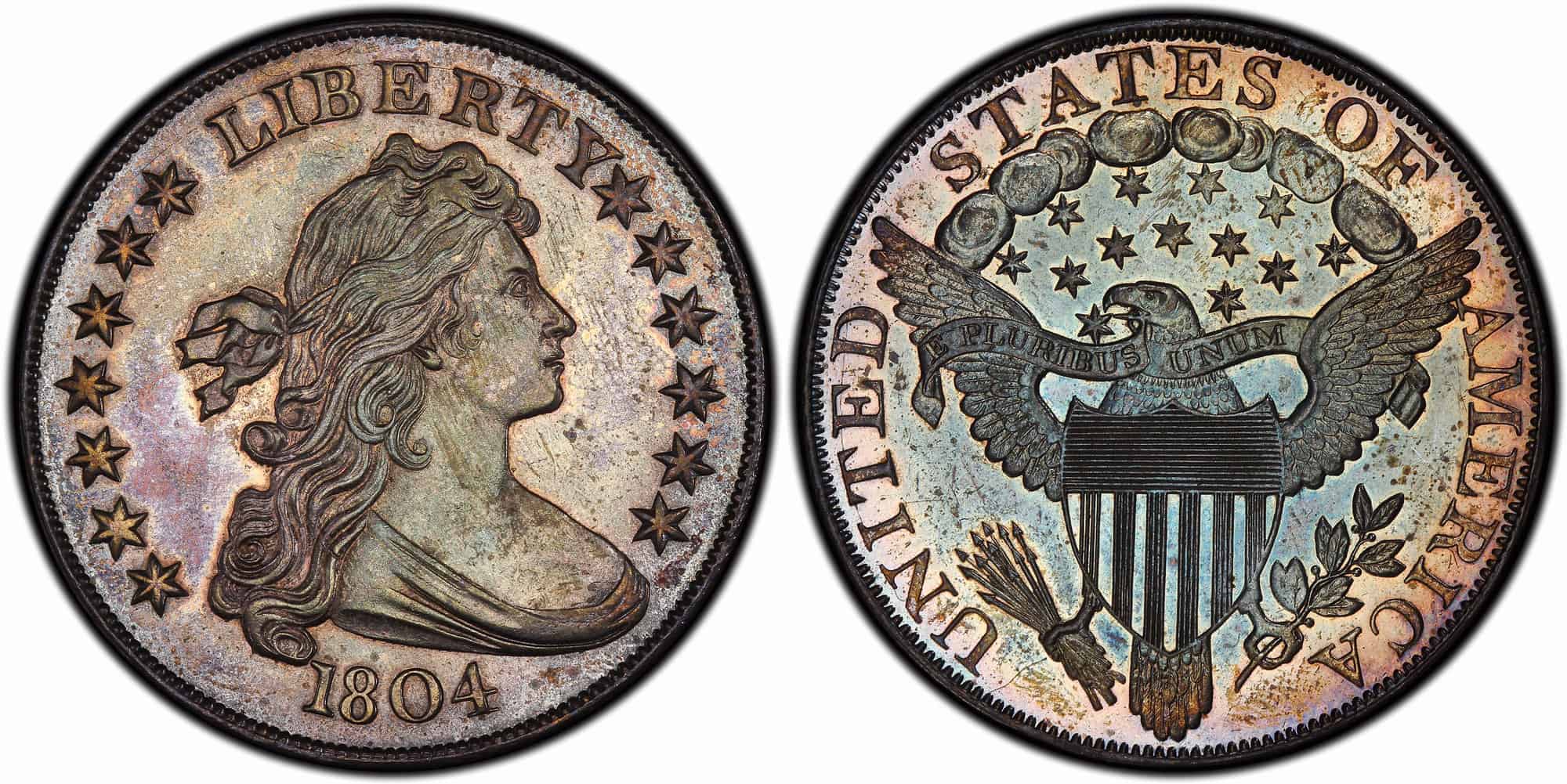 The coin, which has a small D punched in a cloud on the reverse side – indicating its former owner, was part of the D. Brent Pogue collection. 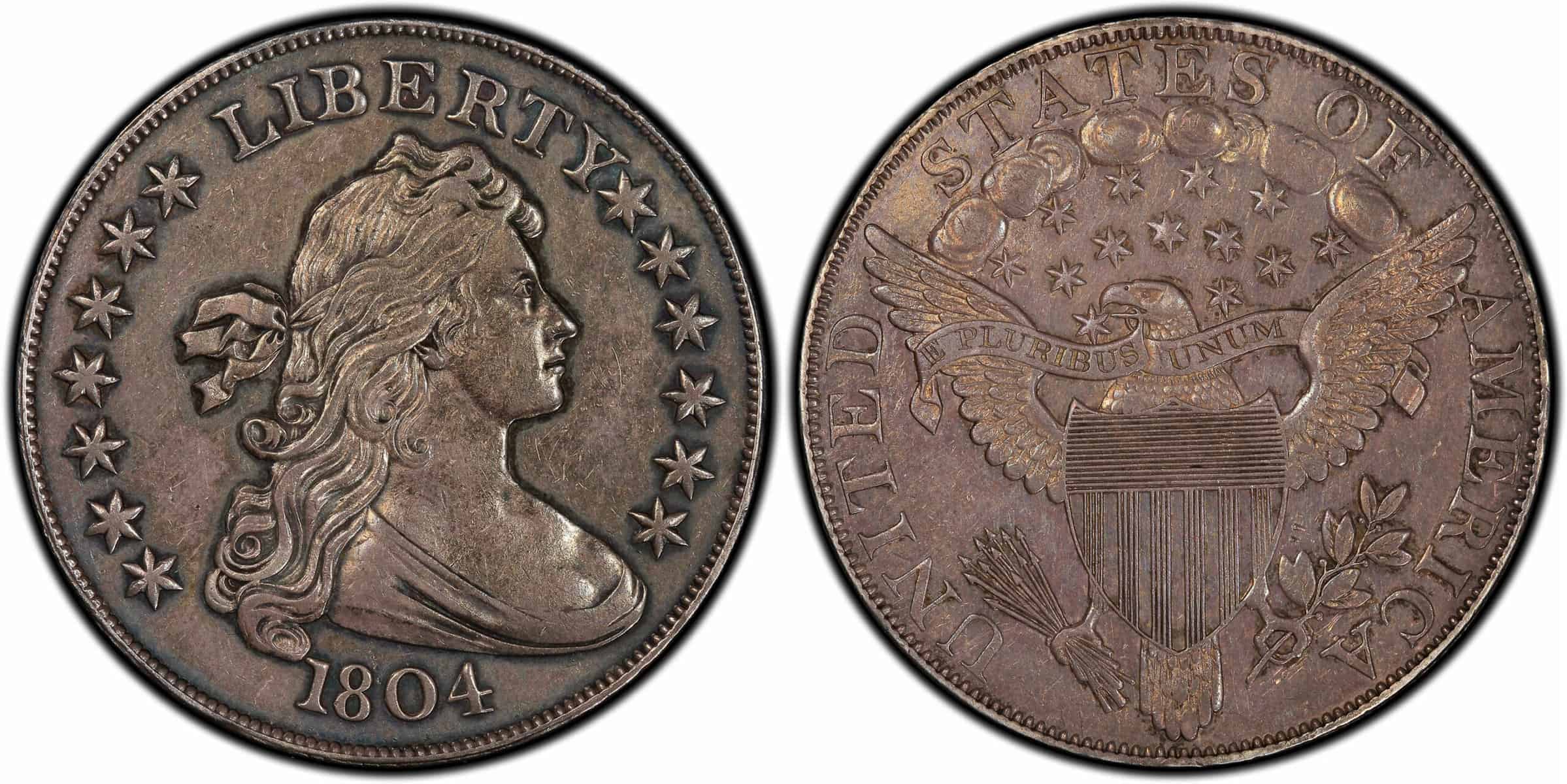 Though a novelty compared to most coins on this list, the Canadian Gold Maple Leaf was crafted in 2007 from pure gold as a promotional showpiece for the mint’s one ounce Gold Maple Leaf coins. There were a total of six created, and each weigh no less than 100 kilograms.

With a face value of precisely $1 million, the Canadian Gold Maple Leaf was certified by the Guinness Book of World Records as the world’s largest gold coin. 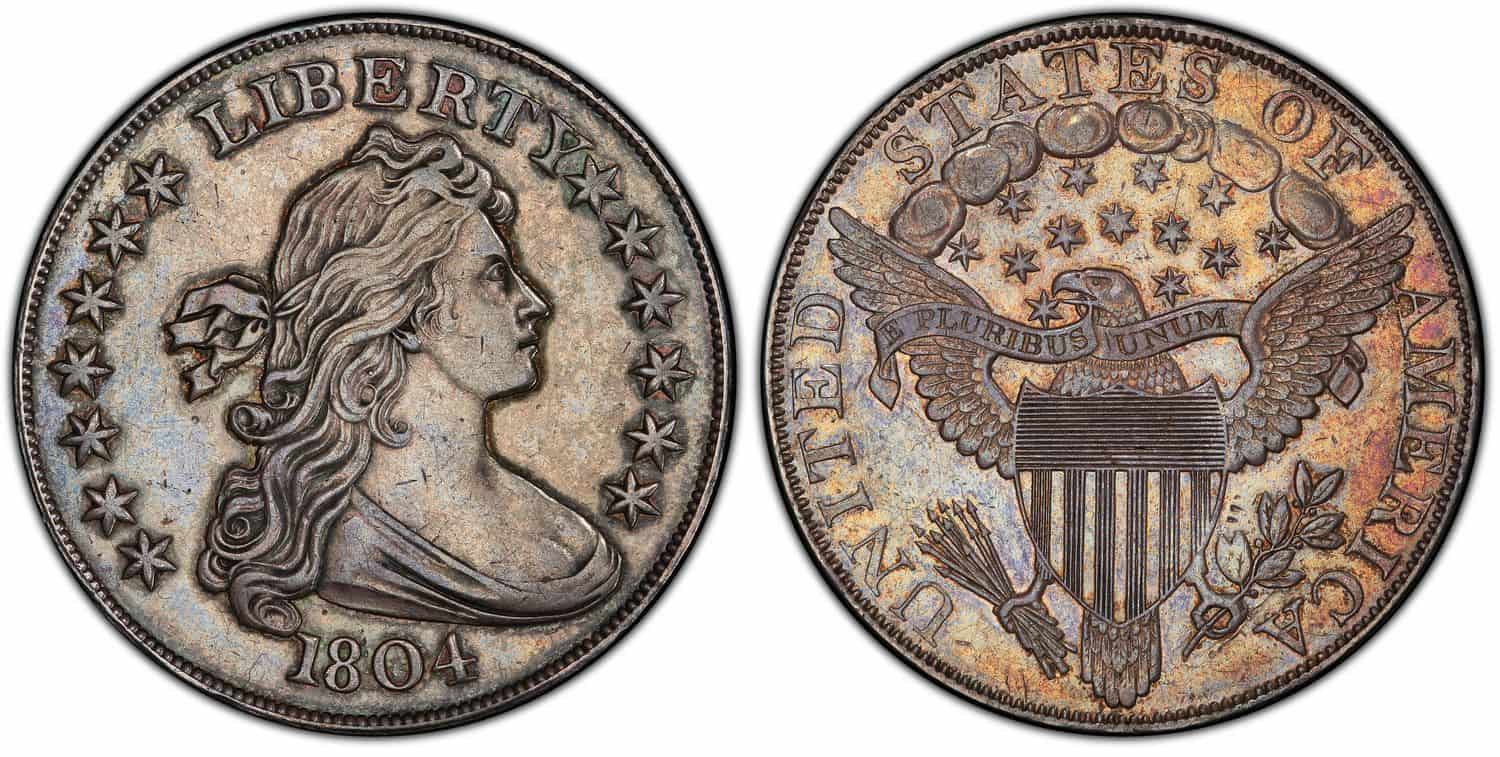 The coin was previously owned by famous names such as the Sultan of Muscat in 1835, C.A. Watters, Henry Chapman, and by Charles Frederick Childs and his family for over five decades.

The coin was auctioned again in 2016, and there was another bid of $10,575,000, but it failed to reach the reserve price – the minimum, and undisclosed, price set by the owner, so the coin wasn’t sold. 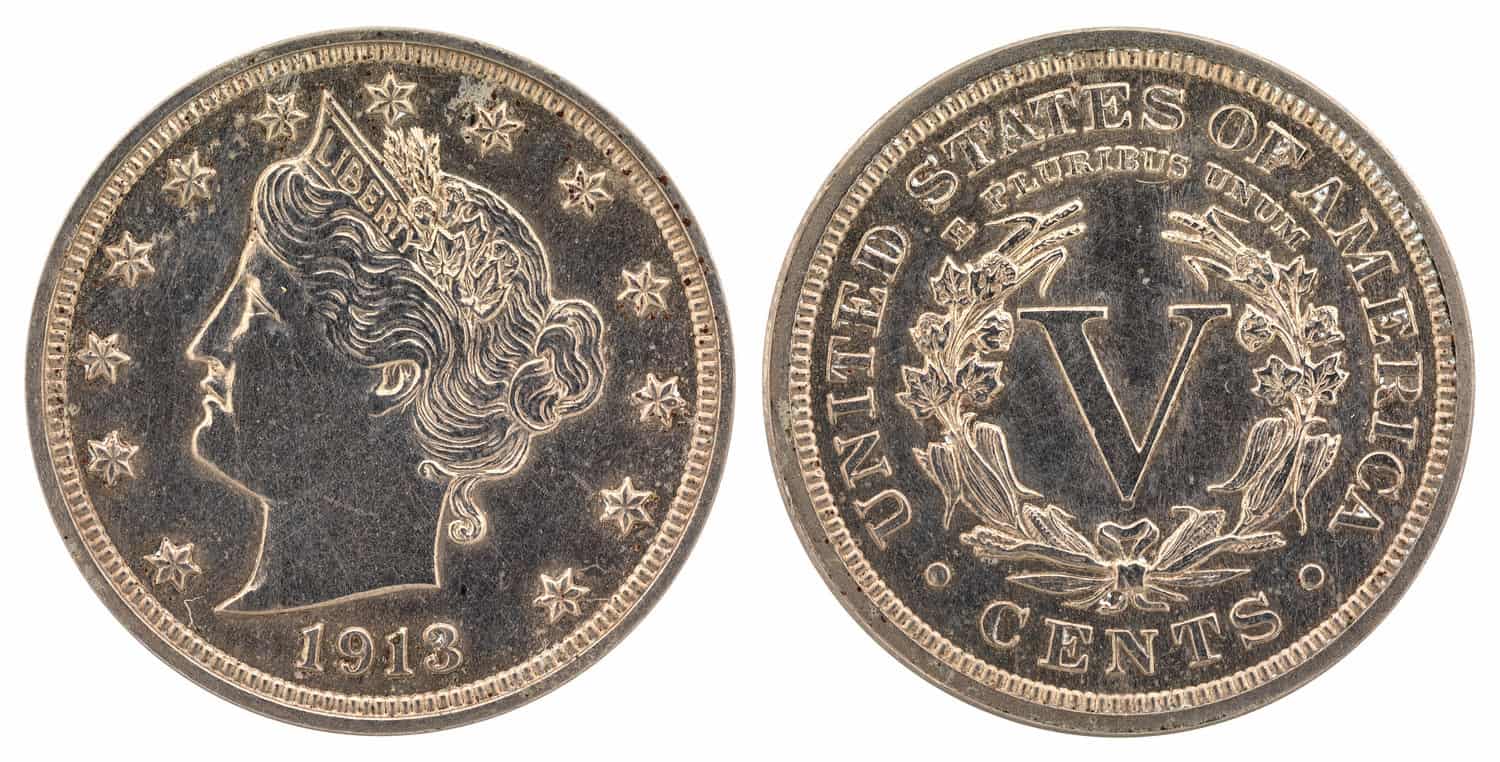 The Liberty Head V Nickel was minted between 1883 and 1913, with only five of them during the final year, 1913, which makes it one of the rarest coins in the world. Two of them are part of museum collections, which leaves the rest of three in circulation.

Though graded by professional coin graders, there is no official record of the United States Mint that attests their existence, which raised some controversy. But even so, one of them surfaced in 2018 when it was sold for an incredible $4,56 million. 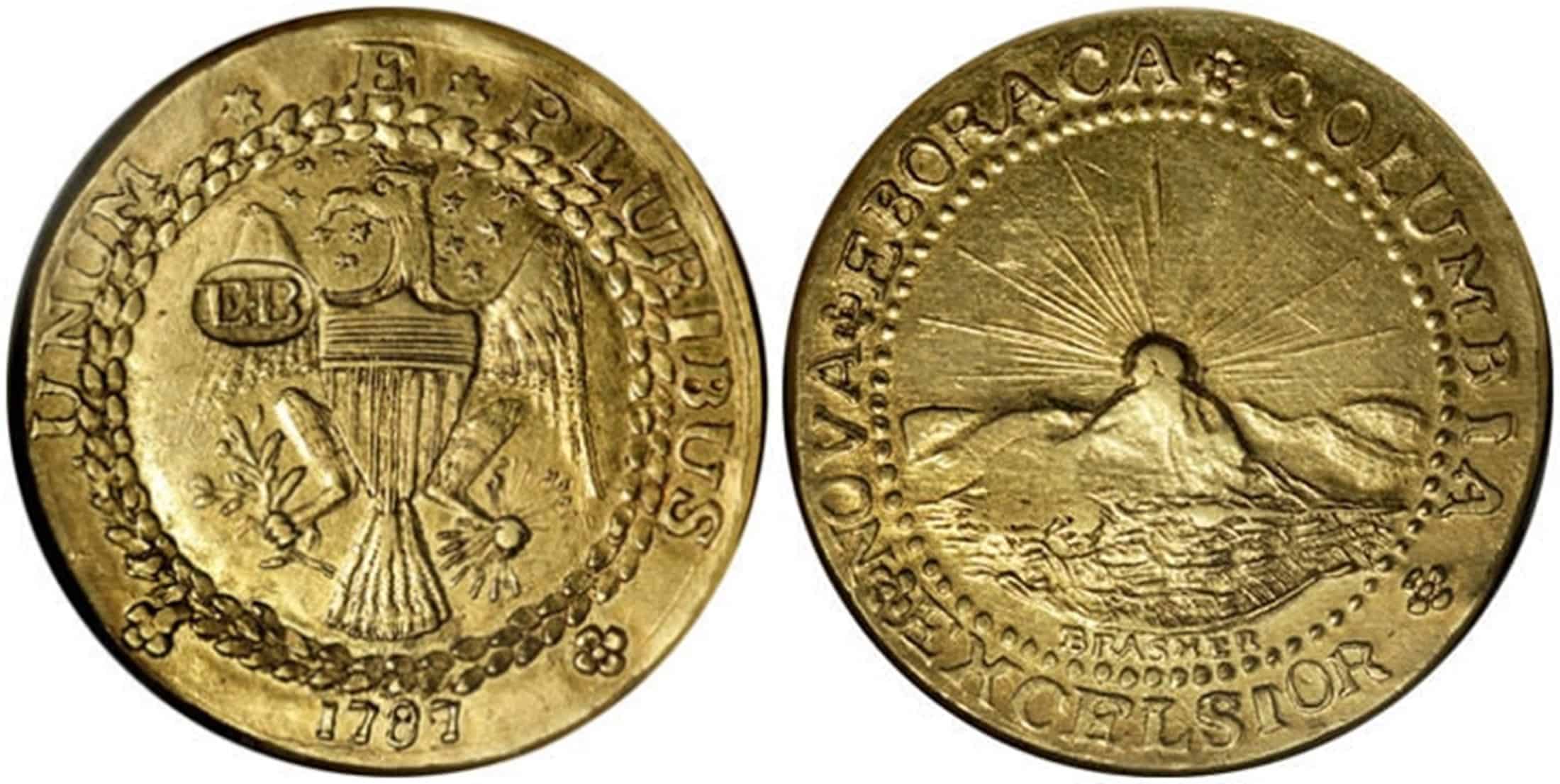 During the late 1700s, the United States had no operational mint yet, so the colonies had to mint their own coins. Part of the minting process was taken over by various entrepreneurs. As a goldsmith and silversmith in the New York City area at the time, Ephraim Brasher was one of them.

His New York Style Brasher Doubloon appeared in 1787, eventually becoming one of the most important coins in the world. One of these specimens, with the EB logo on the wing, raised $4,582,500 at an auction in 2014 in Dallas, Texas. 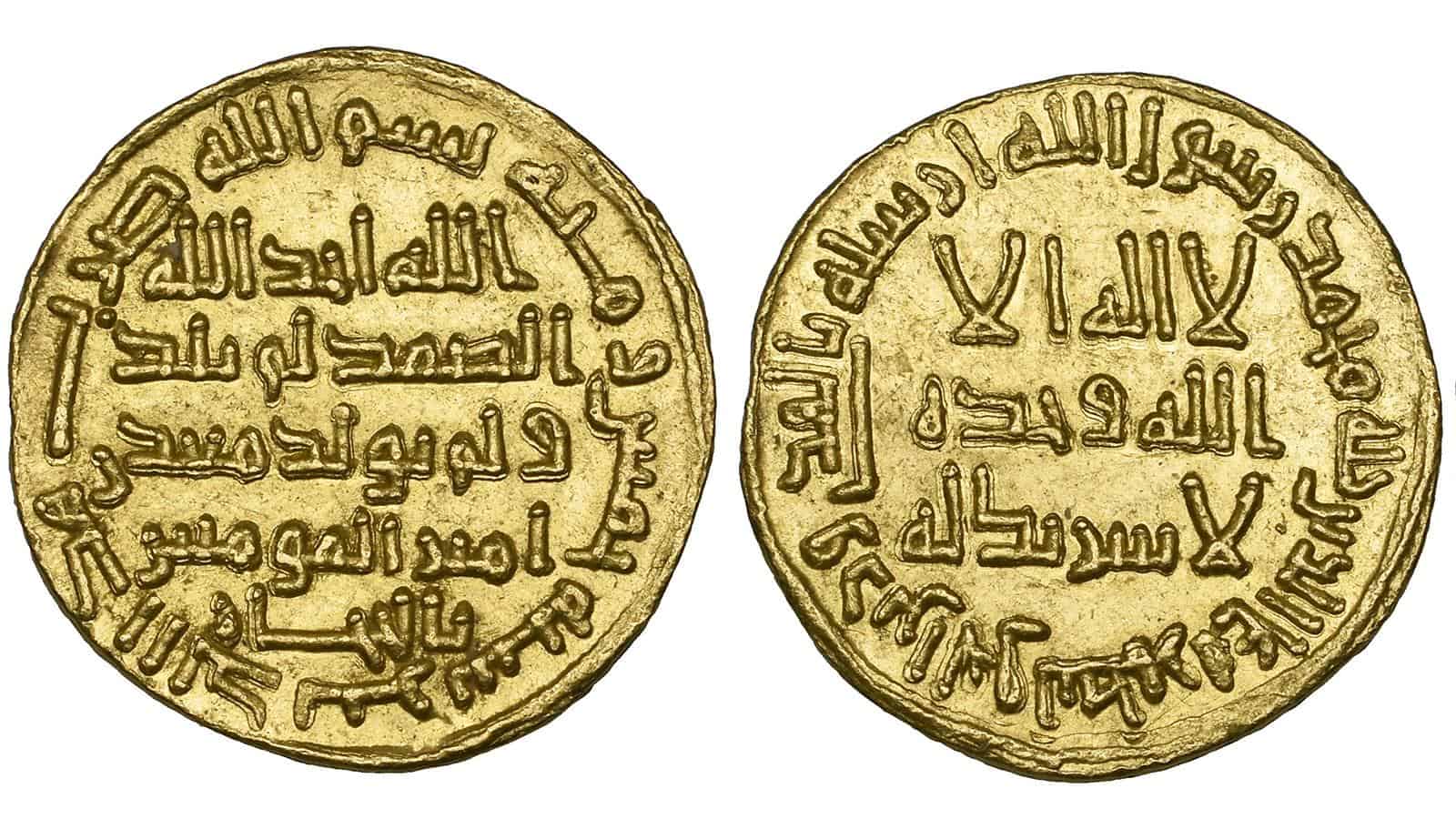 The Umayyad Gold Dinar from the year 723 is one of the most important coins of the Islamic world, the first such coin to mention a location in Saudi Arabia. The coin has the “mine of the commander of the faithful” marking on one of the faces, and was made from pure gold.

There’s only a dozen examples known in existence today, and one of them was sold for $4.8 million at an auction in 2019. 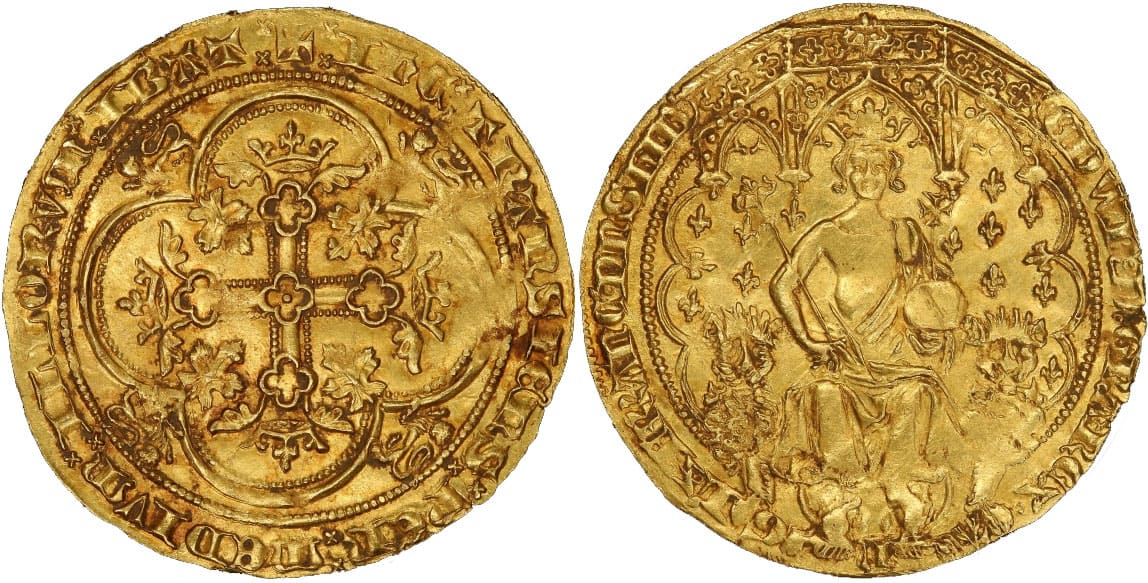 The term oldies and goldies really applies to some of these coins, one of them being the 1343 Edward III Florin, also known as the Double Leopard for it depicts King Edward III on his throne, with two leopards’s heads on either side. The coin is apparently valued at no less than $6.8 million today.

One of these coins was found in 2006 by somebody with a metal detector, and eventually sold at auction back then for the sum of $850,000. The coin’s value, it seems, has increased tremendously since then.

Two other examples were found back in 1857 in the River Tyne, and are now kept in the British Museum of London.

Another example of the famous 1787 Brasher Doubloon, with its minter’s stamp on the breast of the eagle, was sold in 2011, not at a coin auction, but directly to a private collector by Blanchard and Company. 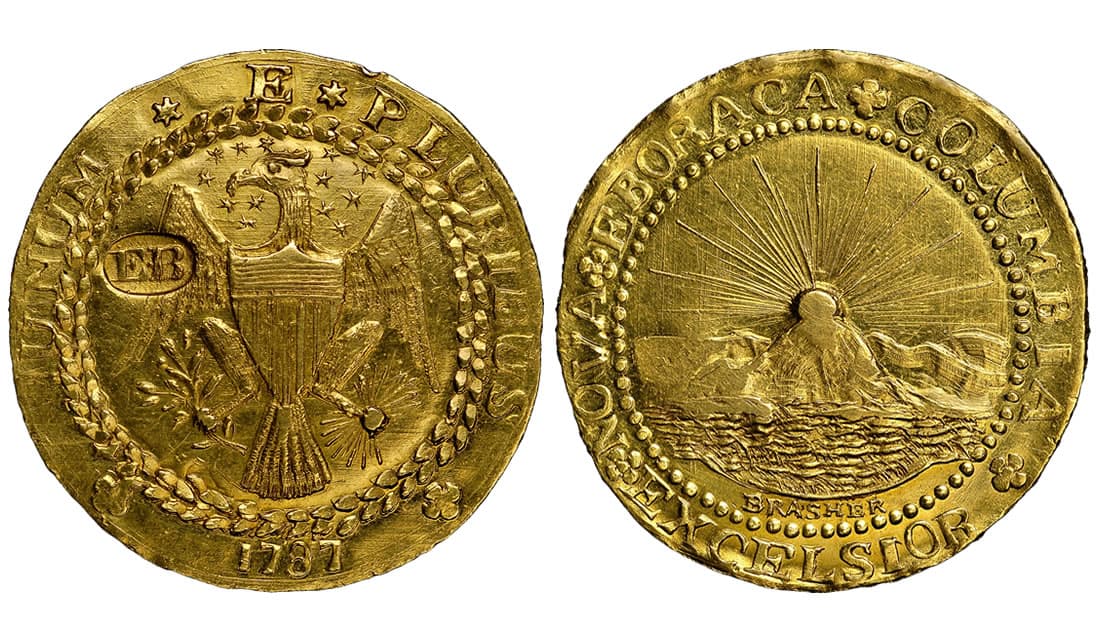 There’s a third example of the legendary New York Style Brasher doubloon, and the finest of those known, seven in total.

Originally acquired by famous numismatist Matthew Stickney in 1848, it was recently sold in 2021 by Heritage Auctions in Dallas, Texas, for a staggering $9,360,000.

The Flowing Hair Silver Dollar was among the first coins we mentioned on our list. The only difference was the year it was minted, with the 1794 variety being the rarest of them.

After its opening in 1792, the United States Mint only launched copper coins during its first two years of operation. When 1794 came, they started minting the Silver Dollar, with Miss Liberty and its flowing hair depicted on the reverse.

Being the only example of the earliest batches in 1794 of the Flowing Hair Silver Dollar that also scored a high grading by professional graders, it was auctioned for an incredible $10,016,875 in 2010. 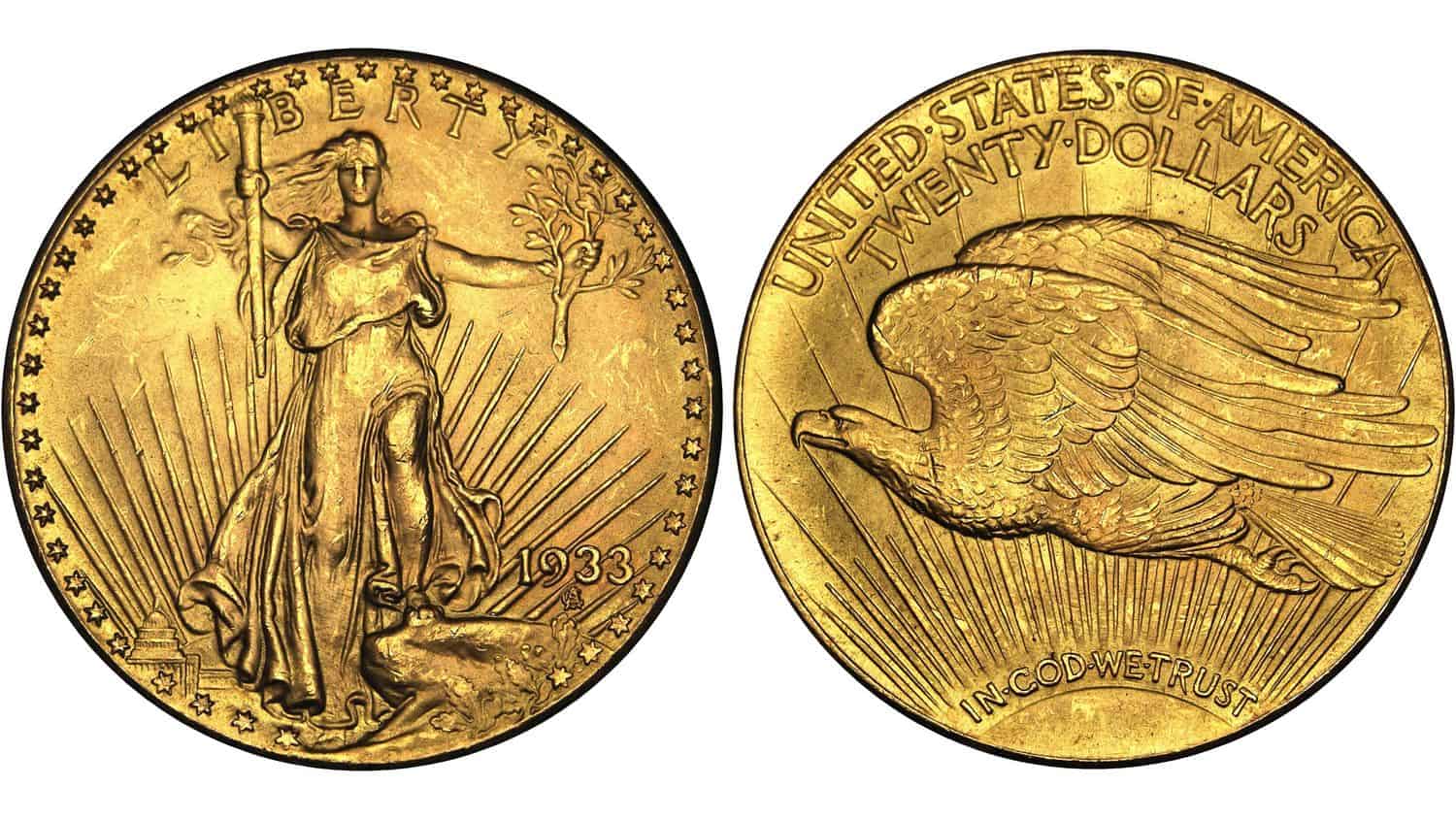 The $20 gold coin was actually minted between 1907 and 1933, but during the last year, President Roosevelt ordered a recalling of all the gold coins from public circulation to be melted and replaced by paper money.

Somehow, a few of these gold pieces survived that, but since they were never officially reissued, they are illegal to own. The only exception was made for the one originally owned by King Farouk of Egypt. Its last owner managed to win a long legal battle with the US Mint and was able to sell the coin.

These are the most prized coins that collectors worldwide would love to get their hands on. We’re sure this list will have a lot of changes in the next couple of years and we’ll keep you updated with the latest deals as we hear the news from auction houses around the world.

Tags:
Previous Article
The 22 Best RFID Wallets of 2022
Next Article
The 25 Best Restaurants in Las Vegas in 2022