Cars and speed. That’s a thing nobody ever really gets tired of. You’d think that at some point, people would stop being so obsessed over the top speed of this or that or the other car, but it doesn’t seem no. Years ago, people dreamed of getting past 100 mph. Then it was 200 mph. Today, we’ve got a few cars which shattered the 300 mph mark and we still don’t show any sign of stopping.

The thing is that everybody measures cars in how fast they can go. And how much fun they can be. Consciously or not, we all do that. And since we’re so curious, we went on and did a little research to find out which are the best cars of 2019 when it comes to top speed. But take into account that we only counted the standard, production cars, for the top to be ‘fair’. 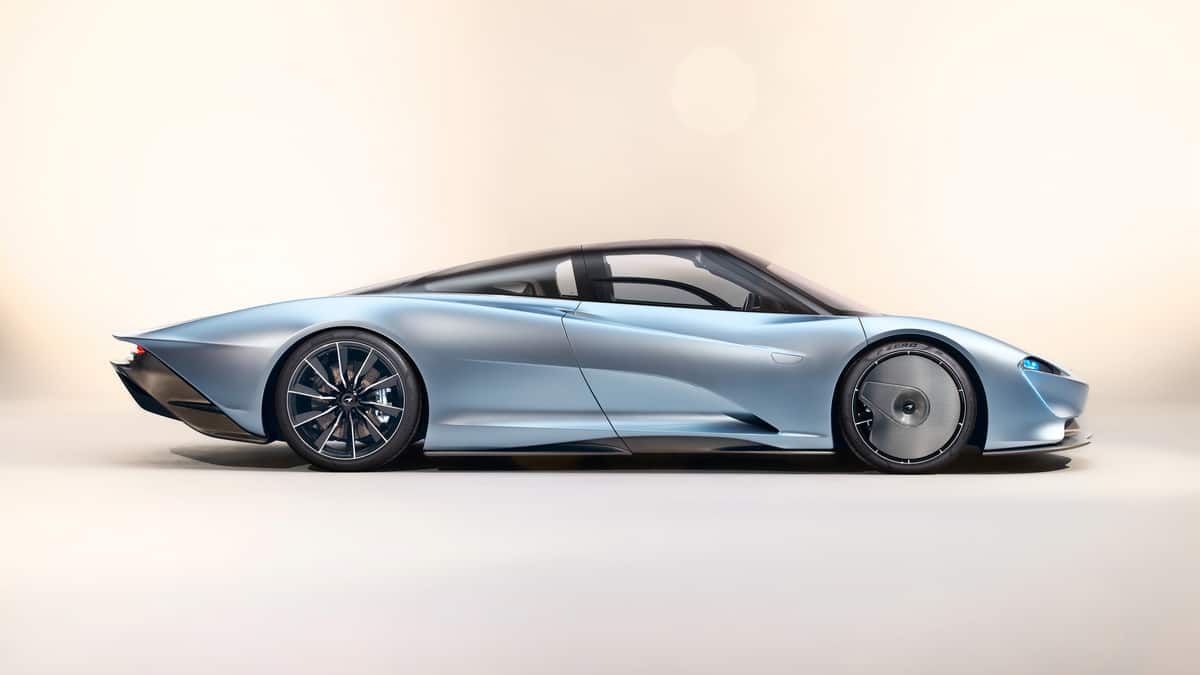 BP23, or on its stage name McLaren Speedtail, is officially the fastest McLaren road car ever produced. It comes with the same gasoline-electric hybrid V8 powertrain that powered the P1, pushing the Speedtail to a max speed of 250 mph with the help of 1,035 horsepower. Among other figures, the new McLaren can accelerate in only 12.8 seconds from 0 to 186 mph. That’s 300 km/h for those wondering why such a random figure.

The car will be a limited edition of only 106 units and if you’re reading this, you’re already too late. They’ve all been sold out already. If you’re wondering, the price tag rises to around $2.2 million. The first delivery will be made in 2020. For the American market there’s a downside though. The Speedtail isn’t street legal, so it will come only under the Show and Display rule, so no fun driving it around. 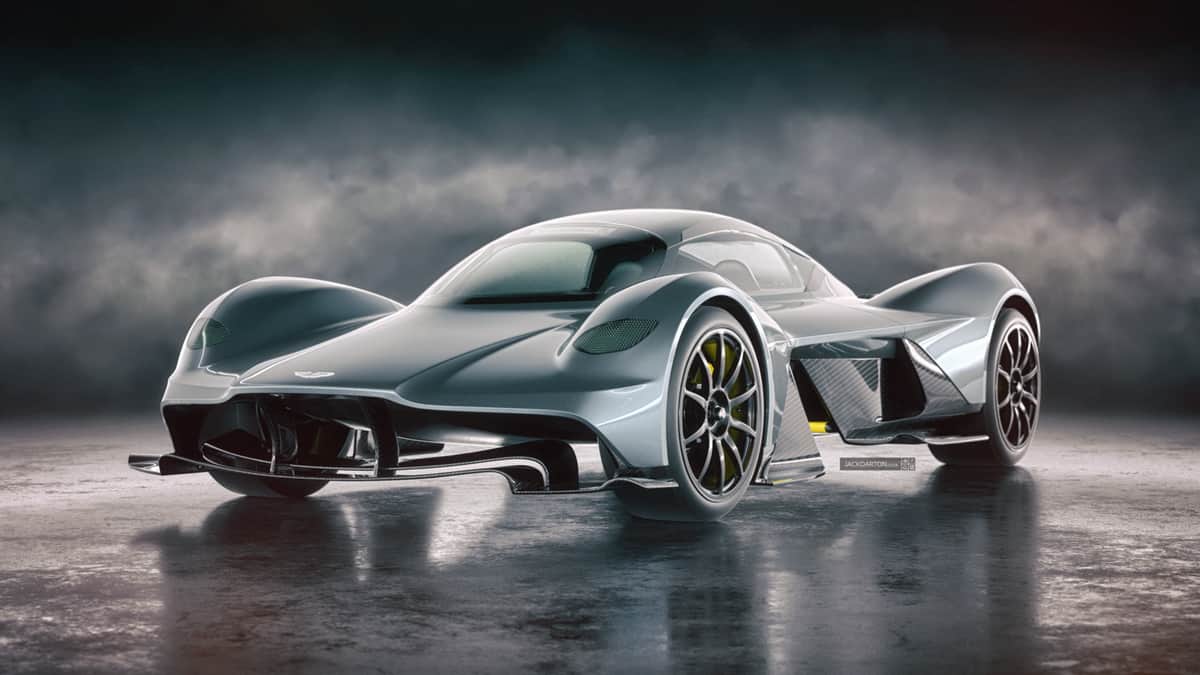 The famous Aston Martin Valkyrie, developed in collaboration with Red Bull Racing, comes with the benefits of fine tuned Formula 1 technologies. The car isn’t yet ready to hit the streets, but what we can tell you is that it will be powered by a 6.5 liter V12 engine tuned to unleash no less than 900 horsepower.

But that’s only part of the whole story, as Aston Martin is making the Valkyrie use a hybrid powertrain, so the final output will apparently be somewhere around 1,130 hp. That’s plenty of power for the car to reach 250 mph, as it’s claimed. 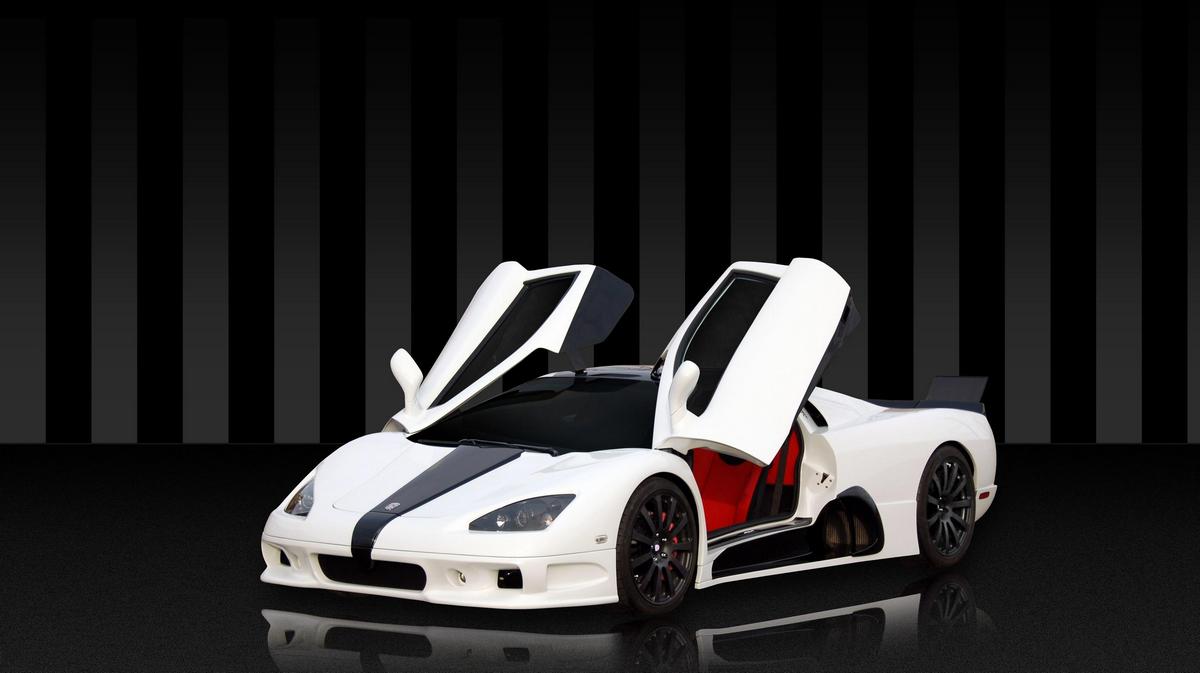 SSC Ultimate Aero is a name that not many have heard of, but it’s also one that has beaten the Swedish Koenigsegg and is challenging the prestige of brands like Bugatti. With a top speed of 256 mph hit back in 2007, it was for a short time the fastest car in the world after it beat the Veyron.

Under the hood, the car features a 6.3 liter twin-turbocharged V8 which is able to output no less than 1,287 hp. And when you think that there’s nothing electronically to assist in the delivery of that power, no driver aids, nothing, you know you’re in for a pure beast. But that if you have what it takes to master its sheer power. 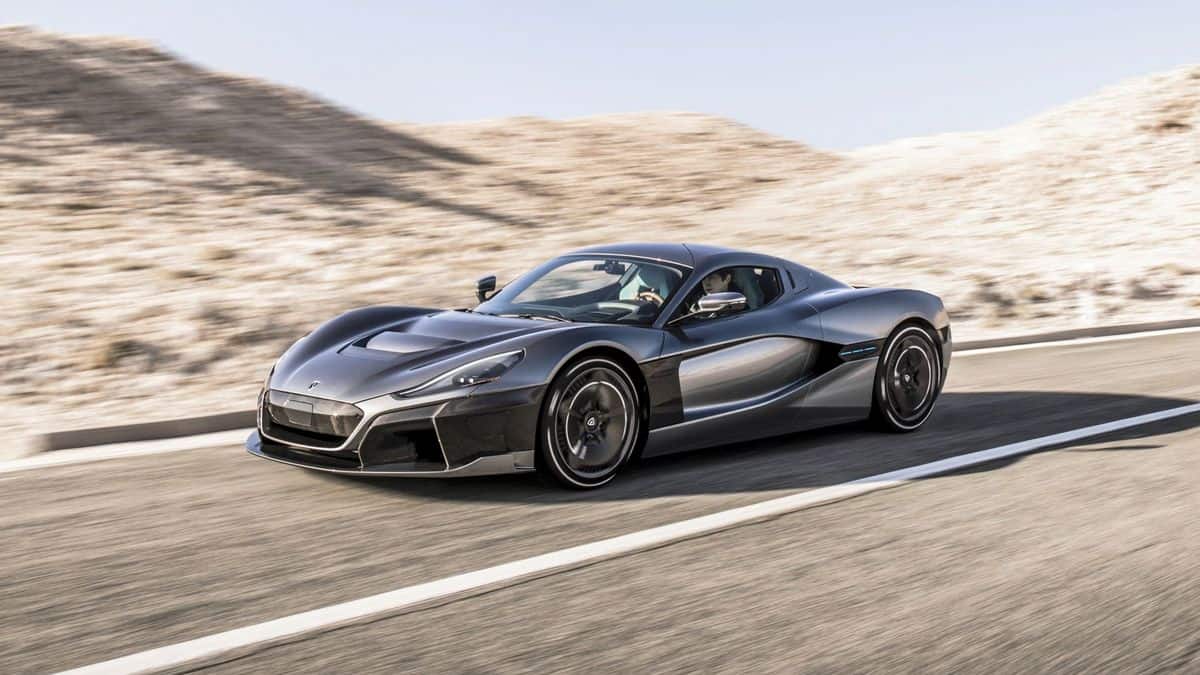 Rimac might not be on everyone’s tongues, but the Croatian carmaker managed to do one thing well. Their first electric supercar, the Rimac Concept One, released in 2016, was so powerful that even Richard Hammond couldn’t control it. Last year, at the 2018 Geneva Motor Show, Rimac Automobili released their second super car, the Rimac Concept Two, which is even faster than its predecessor.

Concept Two features four electric motors, which, according to the guys at Rimac, output an unbelievable 1,914 hp and 1,696 lb-ft of torque. They even have the courage to say the car will reach 0 to 60 mph in an unheard of 1.85 seconds. If that’s true, the Rimac Concept Two is the fastest accelerating production car ever. But that’s not our main point. Max speed for the Rimac Concept Two is claimed to hit 258 mph.

The thing is we’ll have to wait until 2020 to test these claims, because that’s when the company will start production for their new electric supercar. The car will be limited to 150 cars, and start from a base price of around $1 million. 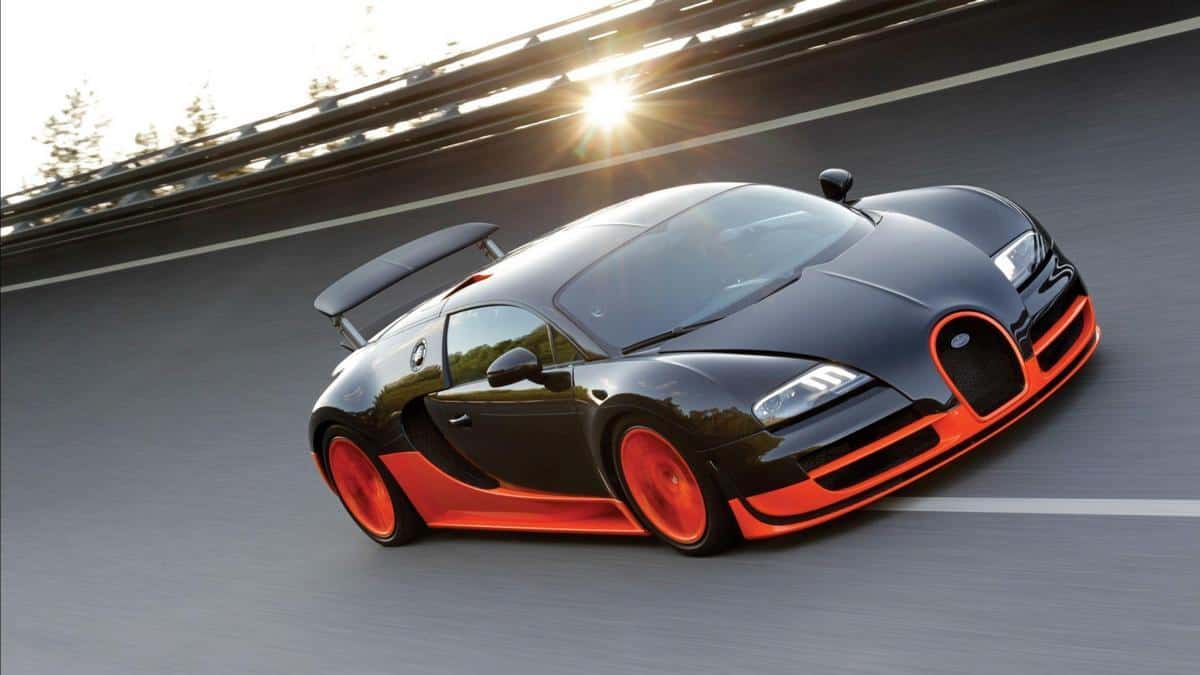 Bugatti are well known for their iconic supercars and their goal of making the fastest production car in the world. And they did. With the original Veyron. But it was soon dethroned by the SSC Ultimate Aero. In response, the guys at Bugatti came up with the Veyron Super Sport, which had 200 hp more than the original Veyron, reaching a whooping 1,200 hp total.

But that wasn’t enough and the company made a lot of aerodynamic changes for the car to gain a few more mph. They did it and the Veyron Super Sport took back its throne by reaching a top speed of 268 mph on the Volkswagen’s Ehra-Lessein test track. For a while. 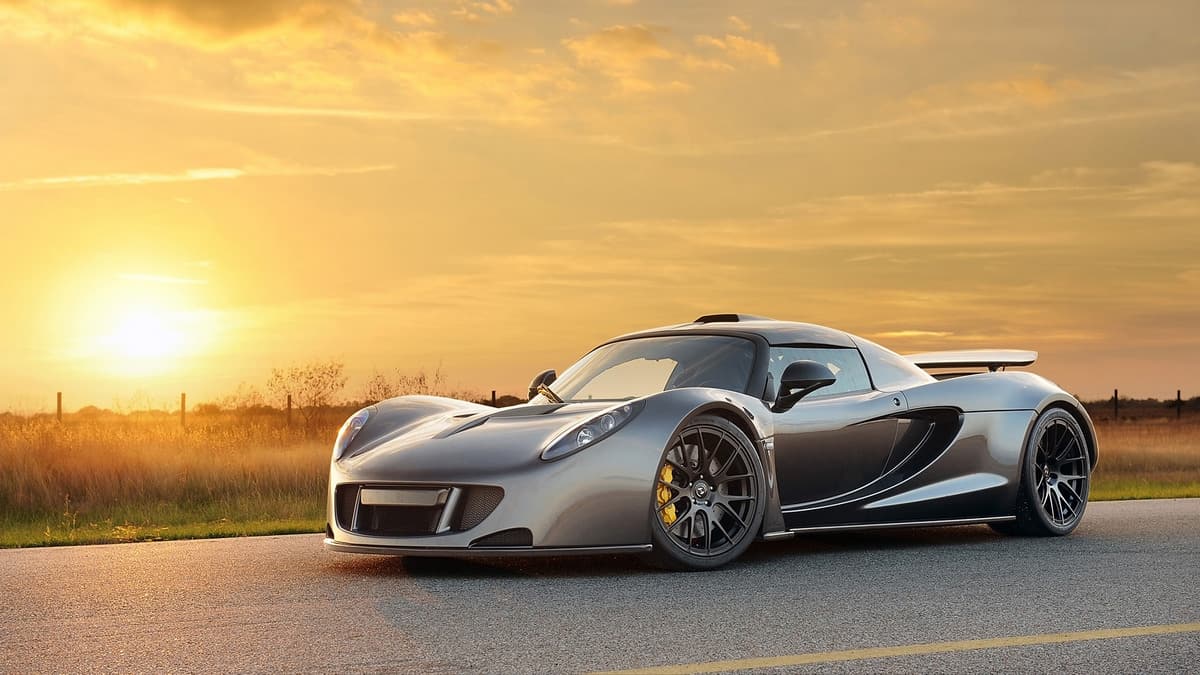 In 2014, Hennessey reached a 270.4 mph at the Kennedy Space Center. The problem was that it only made that speed in one direction, and to be a legitimate record, it needed to do it in each direction, and then, after taking into account the wind conditions, the average top speed would be calculated.

But there’s even more debate on the Hennessey Venom GT, since it’s handbuilt, with many people considering it doesn’t qualify as a production car at all. But even without world recognition, 270 mph is still an amazing top speed. 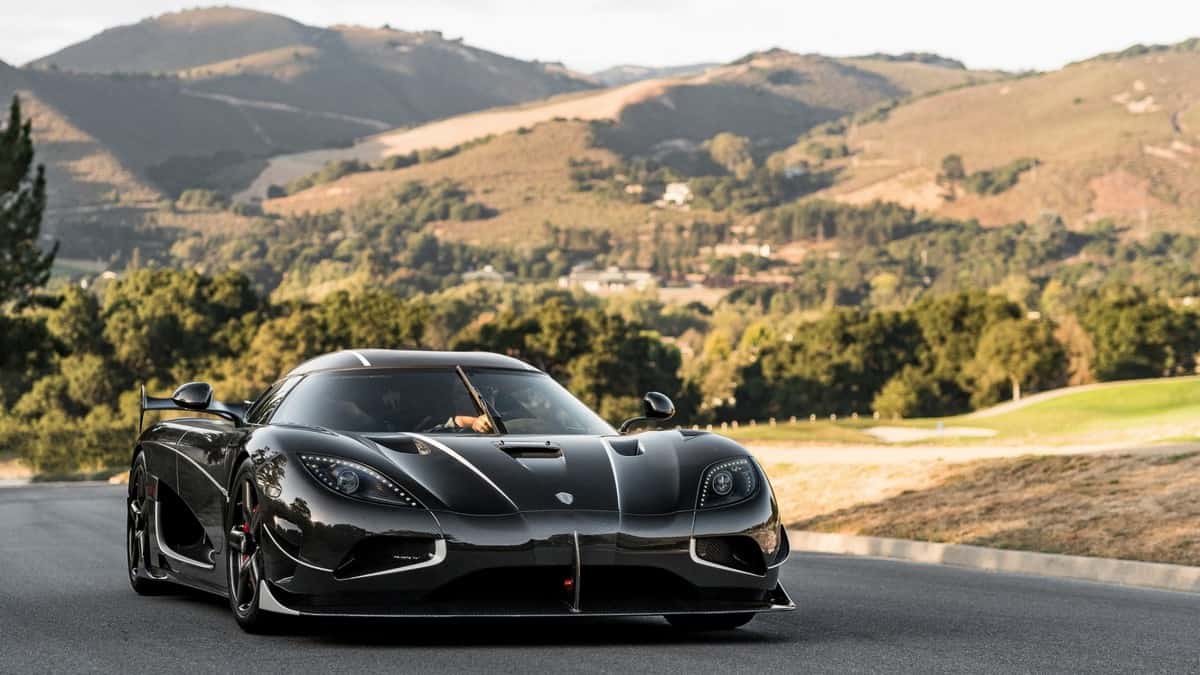 The Swedish 1,160 hp Koenigsegg Agera RS managed to impress the world with its speed run on the American Route 160 between Las Vegas and Pahrump. The company had to ask the Nevada Department of Transportation to close an 11 mile stretch of that road in order to have their top speed run.

The result was 284.55 mph on its first run and 271.19 mph on the second, making an average of 277.9 mph. And that was on a public road, which means we can take the Agera RS seriously as opposed to other cars which only have a claimed and unverified top speed. 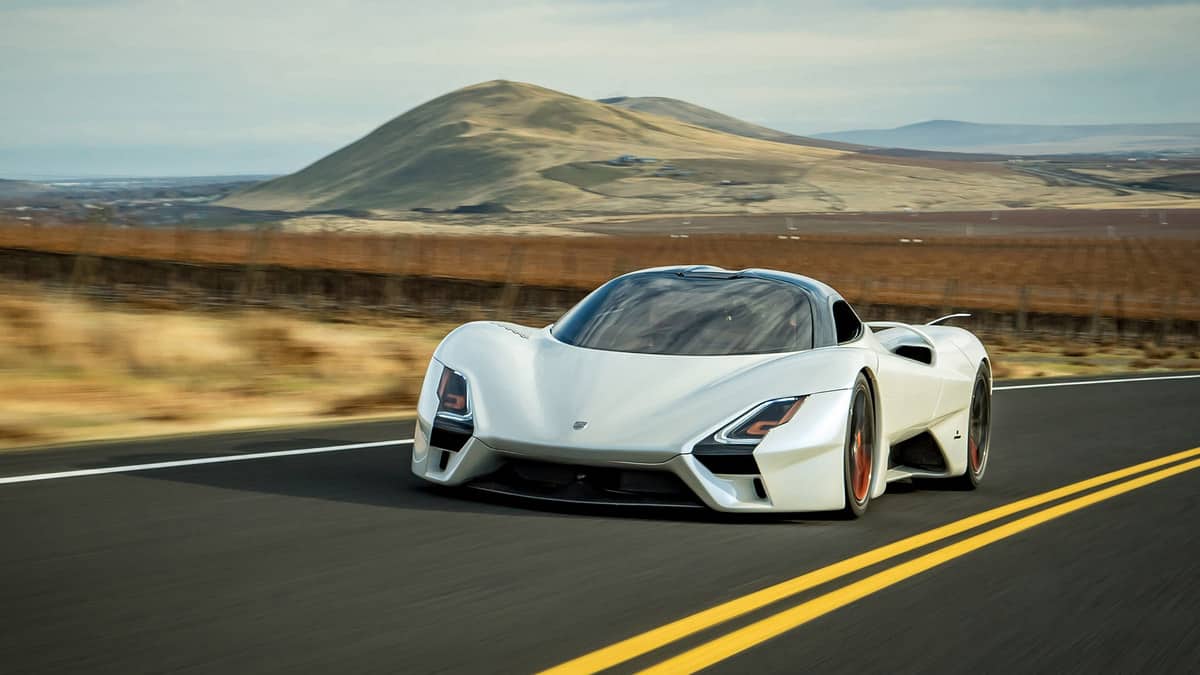 The same SSC (Shelby SuperCars – don’t think Shelby Cobra because there’s no connection between them) which created the Ultimate Aero, tried its luck again with their new Tuatara, the successor of the Ultimate Aero.

The first Tuatara was finally released this summer and everybody is waiting for the true test, the speed record run. Until that happens, we’re stuck with their claimed 300 mph. The car is equipped with a 5.9 liter supercharged V8 created from scratch by SSC. The engine produces 1,750 hp if it runs on the special fuel E85 ethanol, or 1,350 on 91 octane gasoline. 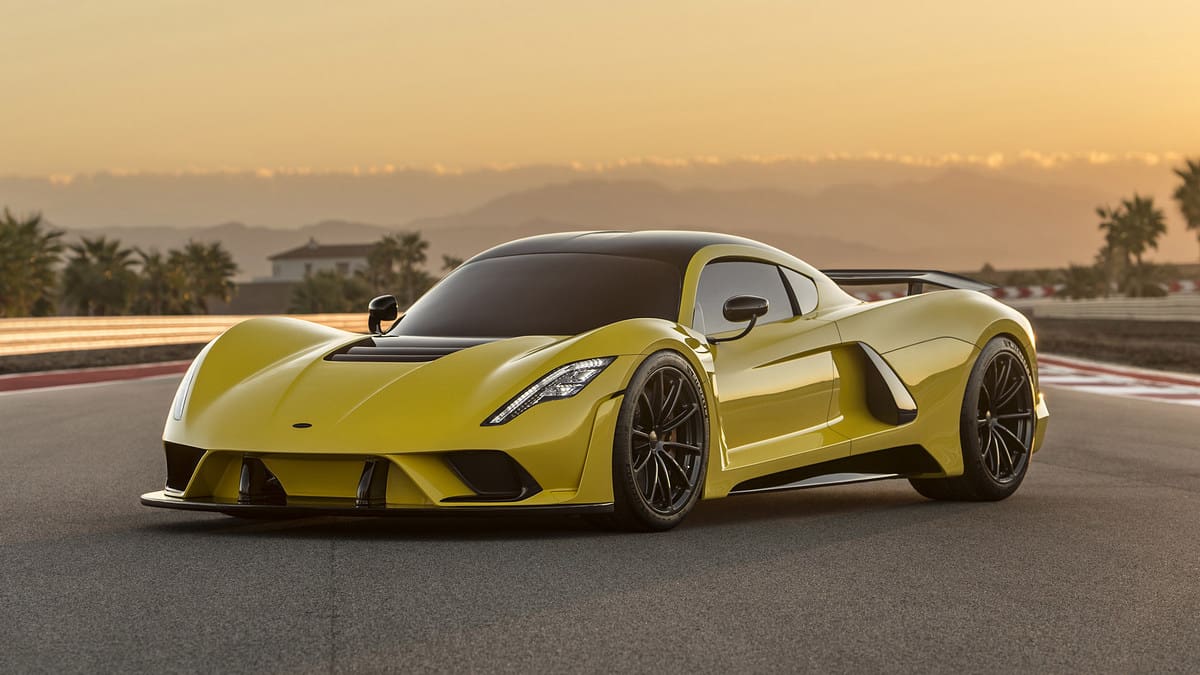 Another claim for an unbelievable top speed comes from the new Hennessey Venom F5. It’s supposed to reach a whooping 301 mph. After their unofficial record of 270 mph with the Venom GT, the company has tried to push the limits again.

The new Venom comes with a brand new 2,950 pound carbon fiber chassis and a 7.4 liter twin turbo V8 under the hood, able to push the car from 0 to 249 mph in no more than 30 seconds, which is astonishing. The 1,600 hp car has yet to prove its best, so the 301 mph are still only claimed by the company. 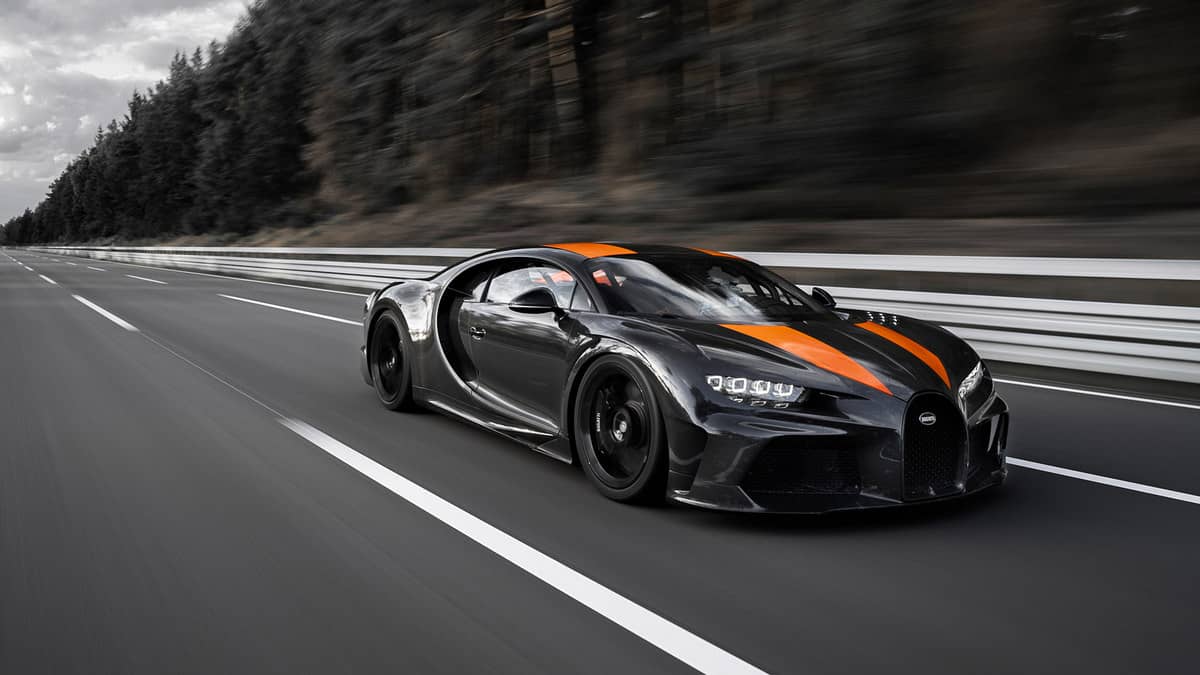 The new speed king and officially the fastest car in the world is the Bugatti Chiron Super Sport 300+. With Andy Wallace behind its wheel, the car hit a top speed of 304 mph back in August 2019 on the Ehra-Lessein test track in Germany. Among all the carmakers who claim speeds of over 300 mph, Bugatti is the only one who actually proved it, breaking the much coveted speed threshold.

The car that Wallace drove is a prototype, a longtail evolution of the regular Chiron, able to output a whooping 1,600 hp, and now Bugatti will continue with the production version, the Bugatti Chiron Super Sport 300+, which will have its passenger seat back and ditch all the computer equipment set inside the cockpit for the speed run test.

Despite Wallace’s claim that the car could go even faster, Bugatti announced they will be focusing on other projects and retire from chasing speed records. At least for now.