The World’s Most Valuable Luxury Brands in 2019

In BrandZ’s last update, the renowned French fashion house Louis Vuitton had a growth of 15 percent in value over the last year, and it’s worth a whooping $47.2 billion right now. The same database shows that the luxury category has grown more than any other category this year, reaching 29 percent in growth with over $38 billion added value.

It seems that people of all ages turn to and want to be part of the luxury market more and more, thus contributing the recent spike in value in the luxury brands sector.

But Louis Vuitton is not the only iconic name on this list, as there are quite a few other luxury brands which had a nice growth in value this year. So let’s take a look at the world’s most valuable luxury brands in 2019, starting with.. 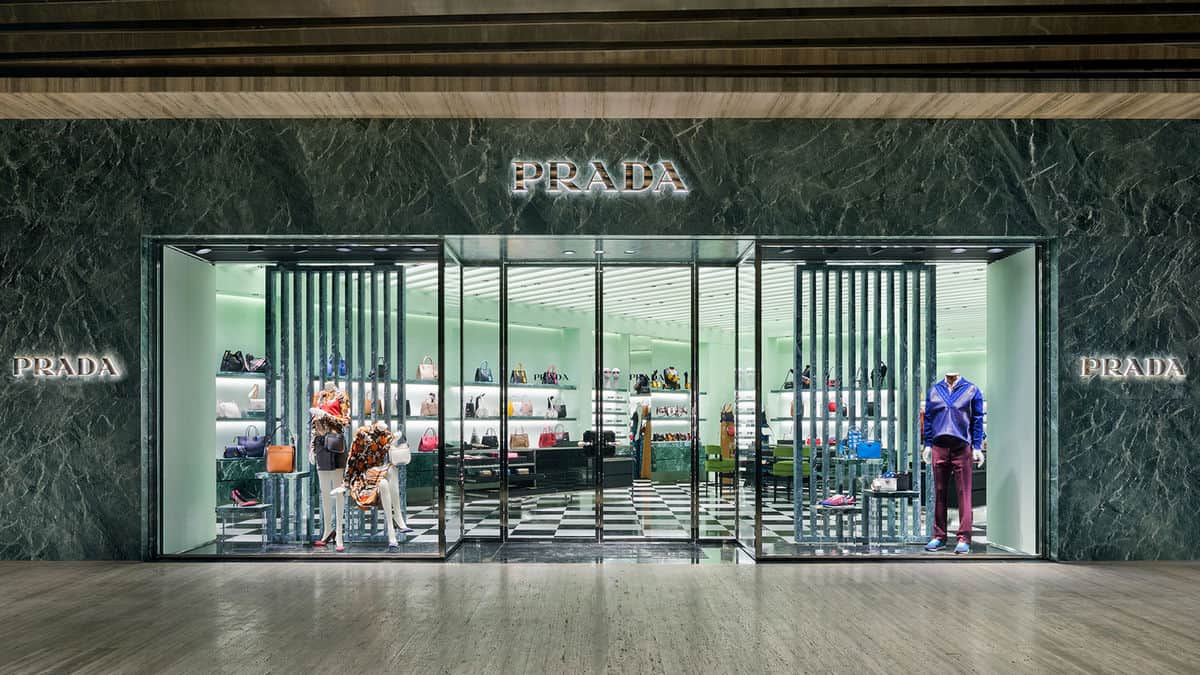 Founded by Mario and Martino Prada as the Fratelli Prada leather goods shop in Milan, Italy back in 1913, Prada is now one of the most well known luxury brands in the entire world. And its growth shows that, as the brand is worth no less than $3.5 billion today.

Also known as Saint Laurent, the French luxury fashion house Yves Saint Laurent wears its main founder’s name, who started the company in 1961 along with his partner Pierre Berge.

Yves Saint Laurent has for a long time been considered one of the world’s most prominent fashion houses, providing iconic men’s and women’s clothing pieces, along with leather goods, jewelry and shoes. Today, the brand has reached a value of no less than $3.6 billion.

Christian Dior SE, more commonly known as simple Dior is yet another French luxury goods company which has debuted a long time ago and made it among the most cherished and biggest names in the fashion industry today. Founded by Christian Dior back in 1946, it’s now controlled by the French businessman Bernard Arnault, the one in charge of LMVH (Louis Vuitton Moet Hennessy), which you’ll find at the top spot. 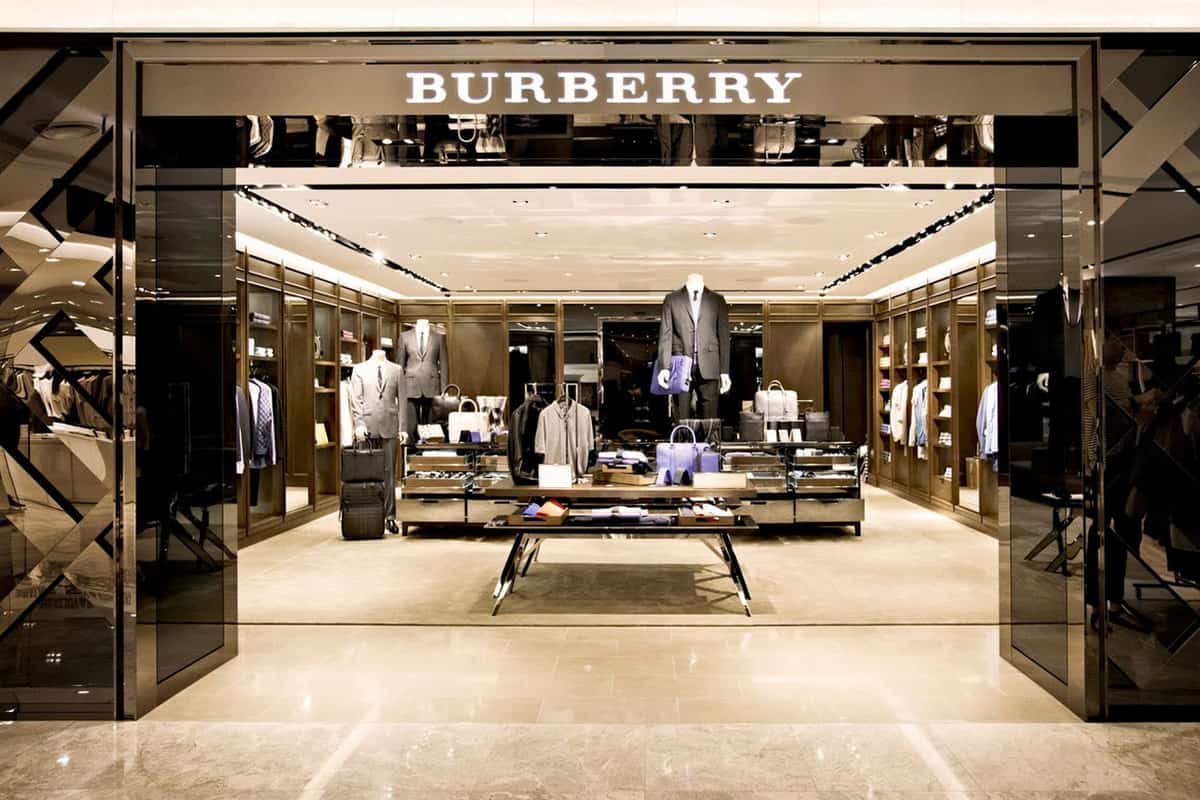 Maybe less known than other names on this list, the British luxury fashion house Burberry, founded back in 1856 by Thomas Burberry in Basingstoke, England, started by creating outdoor attire before recently moving into the high fashion market.

Burberry is most known for the creation of the exclusive Gabardine, their own completely breathable and waterproof fabric. Other than that, they retail unique fashion accessories, pattern-based scarves and the iconic trench coats for which they are most famous. The brand is worth $4.7 billion as of this year. 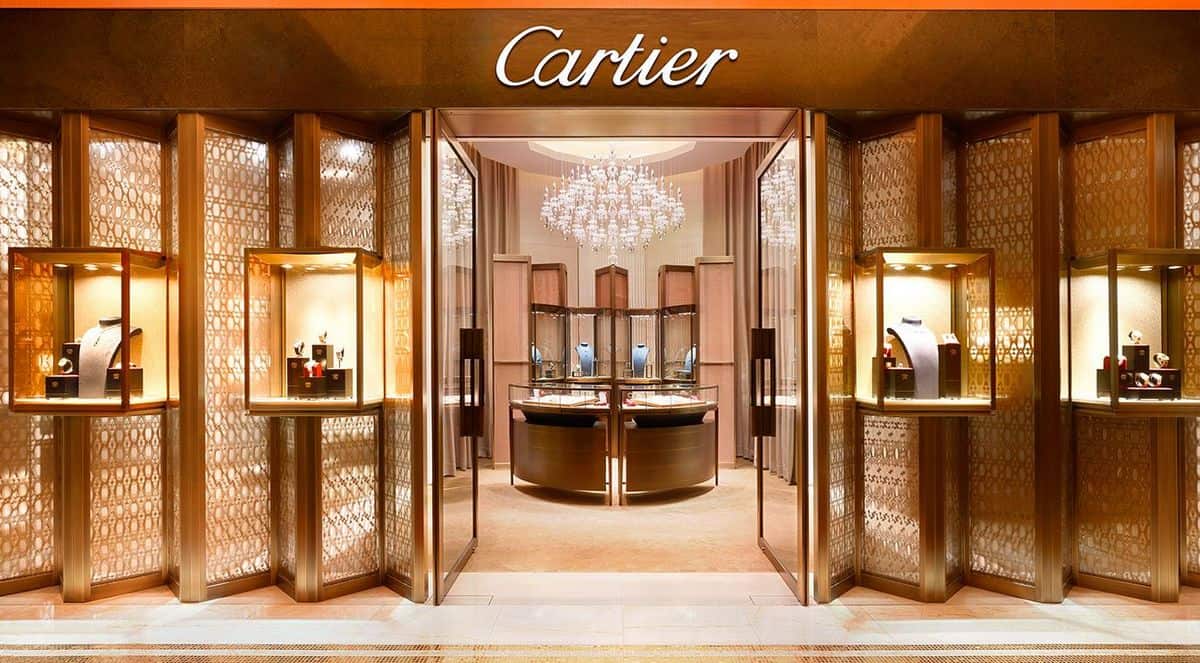 Known world-wide for their iconic luxury watches and jewelry, Cartier is a French luxury goods conglomerate founded back in 1847 in Paris by Louis-François Cartier. With its headquarters in the French capital and over 200 stores in 125 countries, Cartier has reached world fame, situating itself among the most prestigious jewelry manufacturers in the world.

Last year, it was ranked by Forbes as the 59th most valuable brand in the world and this year, its total value has reached an impressive $6 billion. 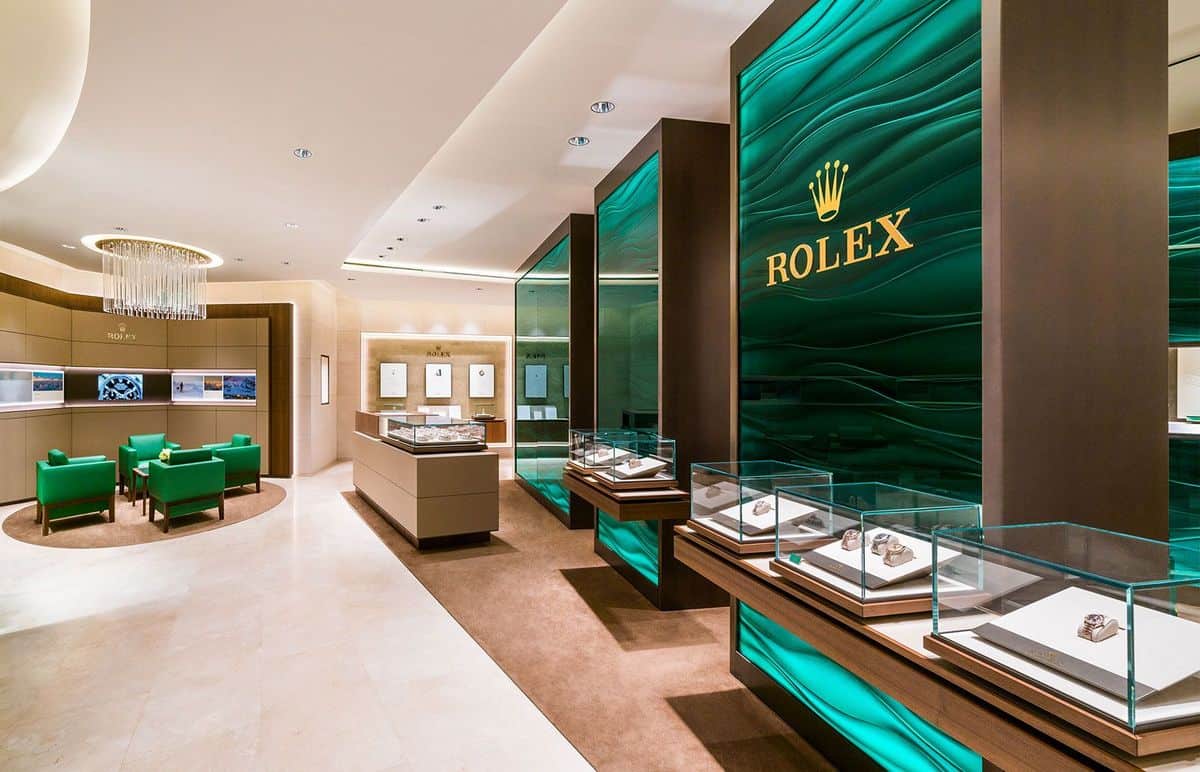 Rolex, the ubiquitous Swiss luxury watch manufacturer is among the most valuable brands in the world, and number five in the high-end luxury market, worth no less than $8.4 billion today.

With its iconic timepieces, like the Paul Newman’s Rolex Daytona which holds the record as the most expensive wristwatch ever created, it’s no wonder that Rolex is on the tongues of almost anyone when it comes to luxury watches.

The company was founded in London in 1905 by Hans Wilsdorf and Alfred Davis, and was originally named Wilsdorf and Davis. Ten years later, it became Rolex Watch Co. Ltd. and after the First World War, it moved to Geneva, Switzerland, where it’s headquarters remained until present day. 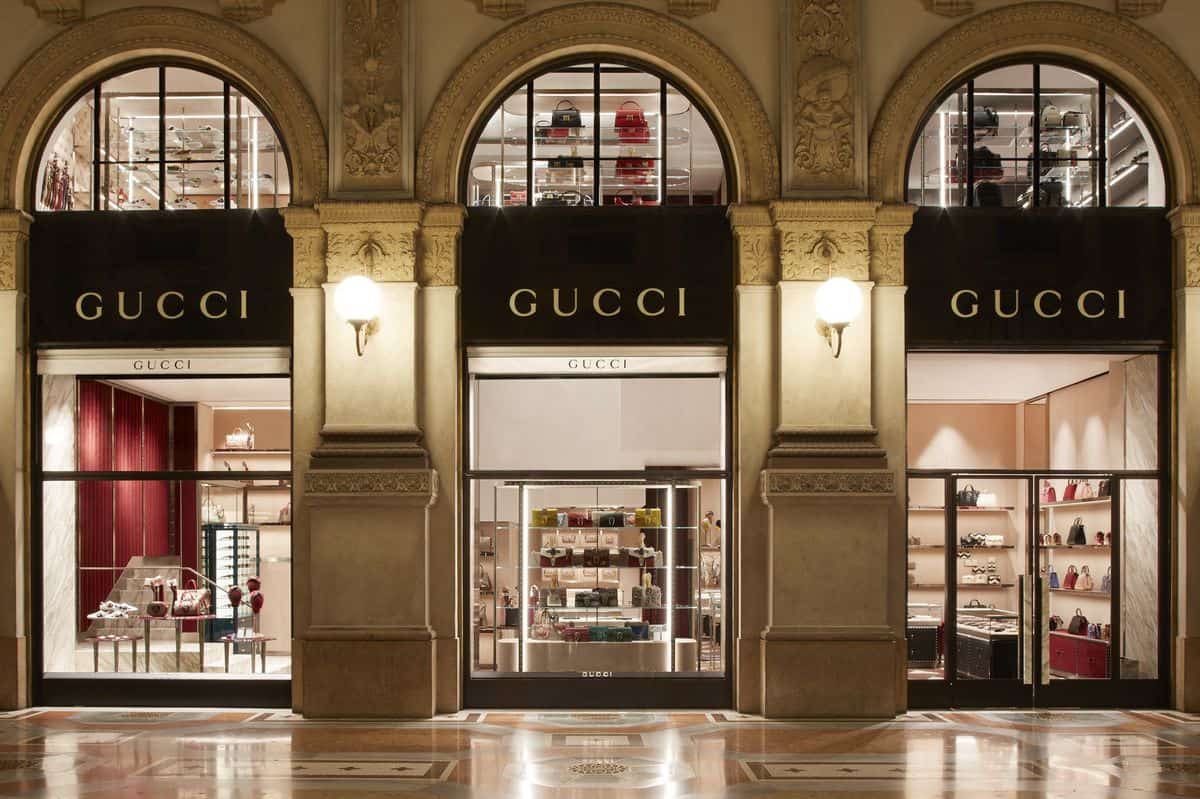 Founded in 1921 in Florence, Tuscany by Guccio Gucci, the eponymous company is currently among the most famous fashion brands in the world, also ranked 38th most valuable brands in 2018 by Forbes. Gucci is also Italy’s top selling brand.

It has more than 278 stores worldwide, through which the brands sells its iconic fashion products like leather goods and clothing. As of this year, Gucci is valued at $25.3 billion, making it among the richest luxury fashion houses in the world today.

Hermès International, or simply Hermès, is a French high fashion luxury goods manufacturer founded in 1837 by Thierry Hermès in Paris. Back then, it was just a simple harness workshop crafting high quality wrought harnesses and bridles for the high class of those times. Later on, the company began manufacturing saddles for the world’s elite, spreading their fame in Europe, the Americas, North Africa, Russia and Asia.

Unlike many companies today, Hermès is still owned by the Hermès family. It got through a decline in the 70’s after opening lots of shops worldwide, but managed to get back into the game mainly by keeping on working with natural materials as opposed to man made ones that other companies were using.

Today, Hermès retails luxury leather goods, scarves and ties, watches and jewelry, gloves, footwear and men’s and women’s wear. During the last years, they’ve got quite a significant growth, reaching a value of $31 billion nowadays. 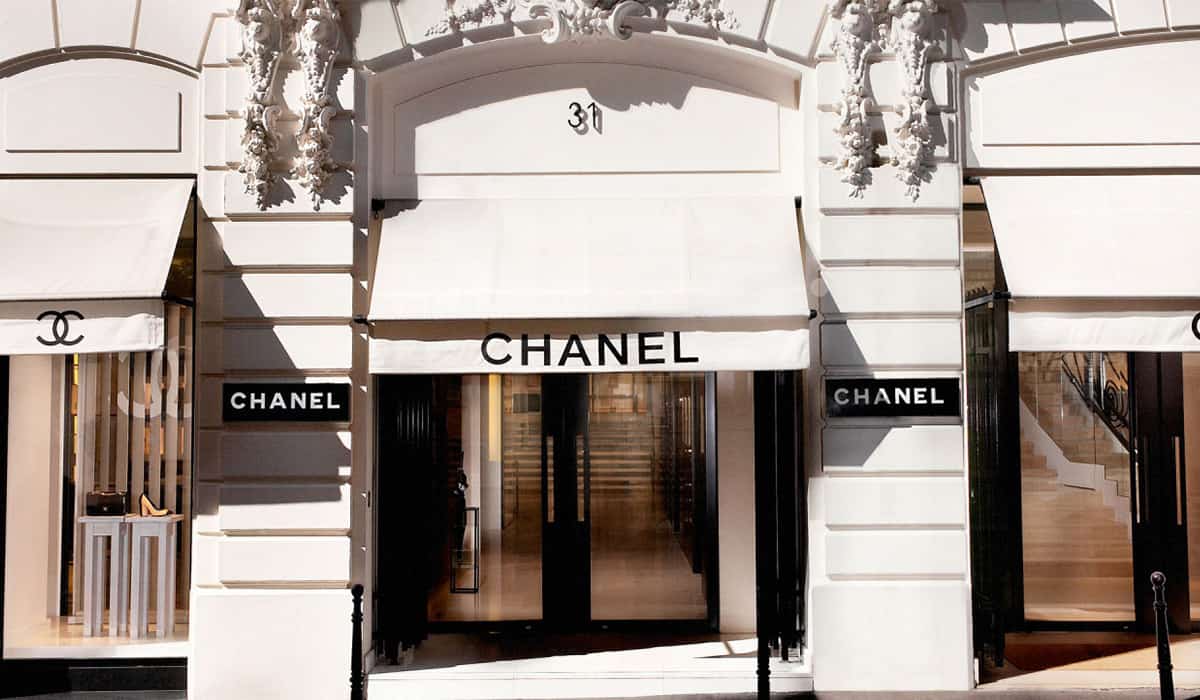 Founded by the iconic Coco Chanel in 1909 as House of Chanel, the legendary high fashion house has become very well known in the world for its haute couture and luxury goods, especially its No. 5 de Chanel perfume, the ‘little black dress’ and the Chanel Suit.

What Chanel did that made them well known was to revolutionize the world of fashion, from high fashion to everyday wear. They replaced the old 19th century structured and constrictive garments like the corset with clothes that were a lot more functional while at the same time complimented a woman’s figure.

Today, the French fashion house Chanel is estimated to have a value of $37 billion. 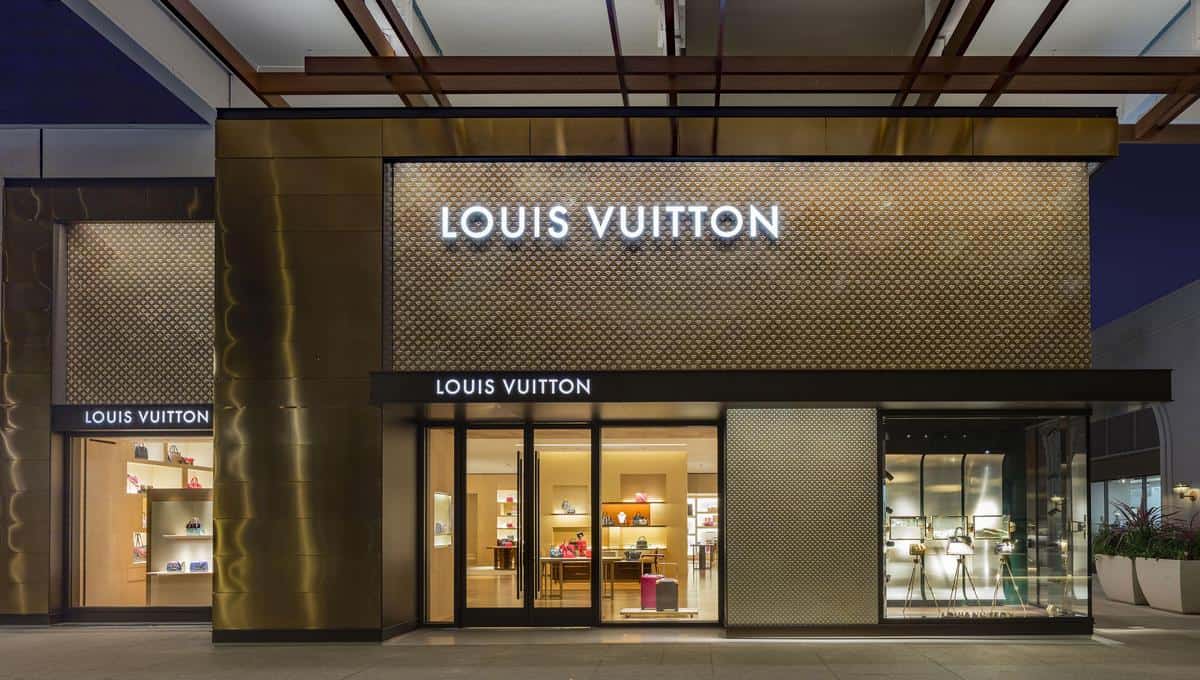 Founded in 1854 by Louis Vuitton, the French fashion house now operates more than 460 stores in over 50 countries of the world. One of their first products was the revolutionary Trianon canvas trunk, more lightweight and airtight than anything existent at that time and allowing the stacking of one on top of the other during travels.

Nowadays, they still handcraft their legendary luxury trunks, but also various other leather goods, footwear, watches, jewelry and accessories and their logo or monogram is widely recognized all over the world.