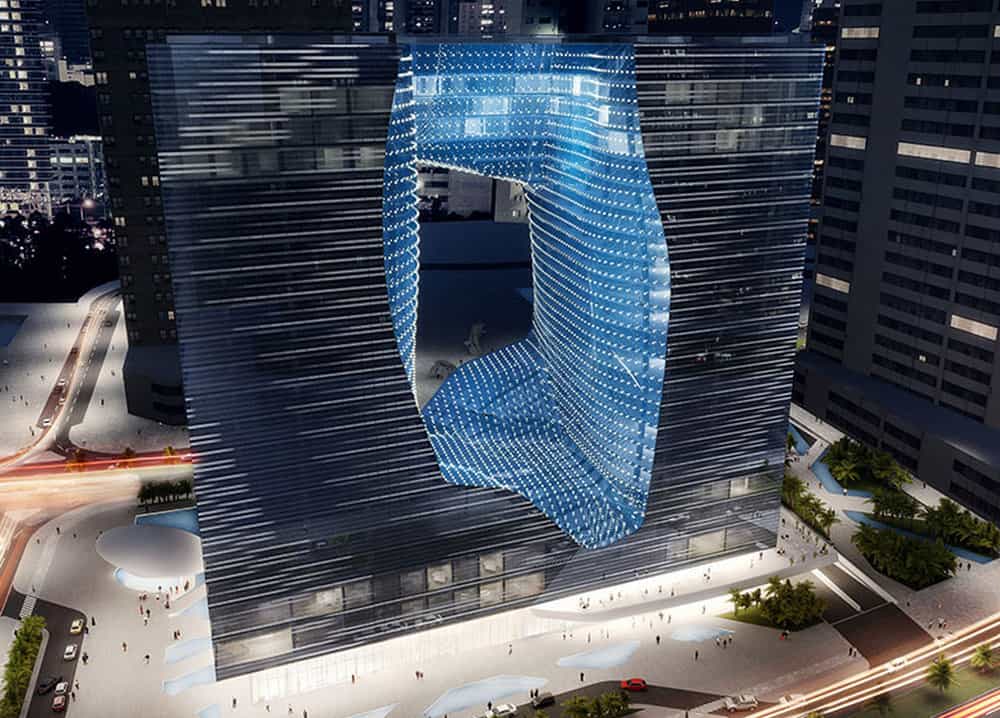 Designed by none other than the late Zaha Hadid, The Opus is Dubai’s latest and wackiest architectural marvel. The ravishing building before you resembles a giant melting ice cube, with a huge 8 story hole in the middle of it. It’s the first and only design of Zaha Hadid, known as the ‘Queen of the Curve’, to hit the streets of Dubai.

The Opus is a 20 story mixed use building, with no less than 56,000 square feet of office space, 12 restaurants and a high end hotel that’s going to be operated by the luxury travel company ME by Melià. The exterior of the building, with its amazingly curved ‘central void’ contrasting the square angles of the rest of the structure, is one of the most stunning architectural designs of the 21st century. 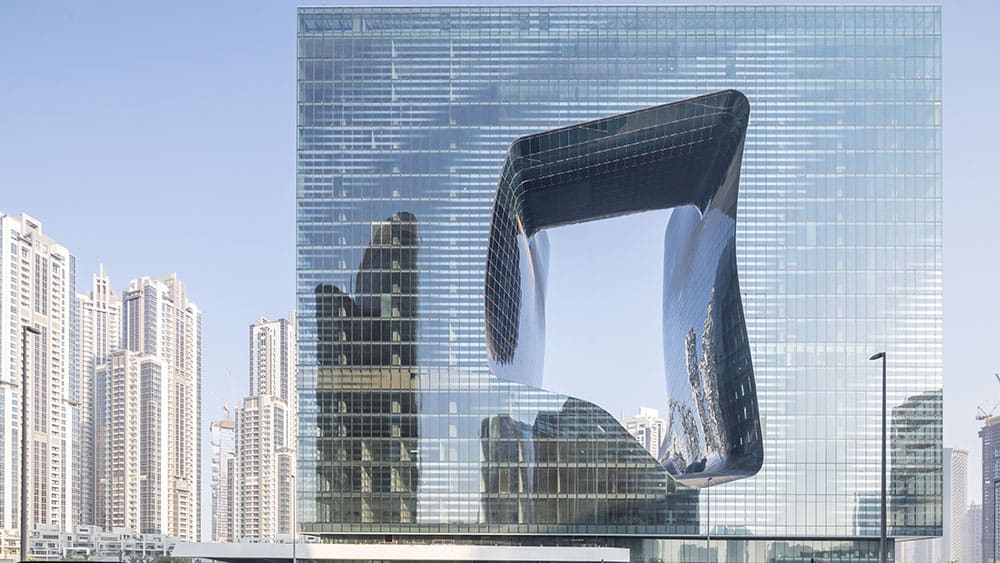 And it will probably become one of the most photographed buildings in the world in the near future after its opening in 2020. The interiors of the building were also created by Zaha Hadid Architects.

The 100-room hotel inside The Opus, operated by ME by Melià, features four penthouse residences, with private balconies in every room and custom furniture, with a design that’s strongly inspired by the building’s  curvy exterior.

The reception is situated in the ground floor atrium, in a huge space that unites the bottom corners of the cube. If you do check in there at one point, don’t forget to raise your head and take a look at the void above. It will be impressive to say the least.

The Opus will become even more impressive during night time, when thousands of lights will flood the negative space of the structure, giving it a sense of life. 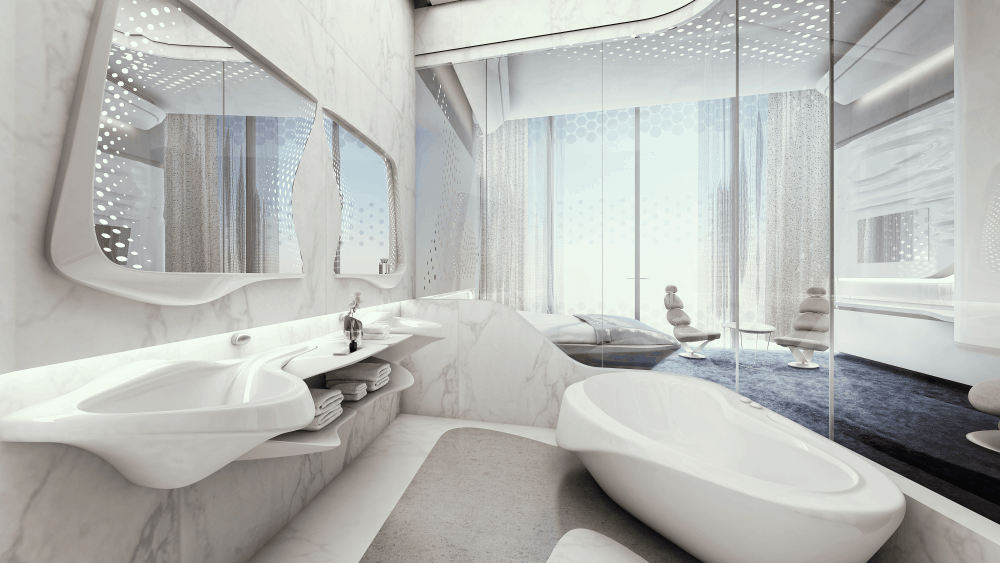 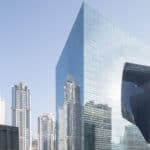 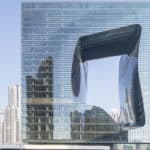 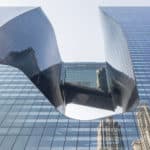 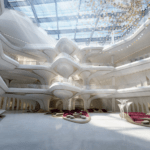 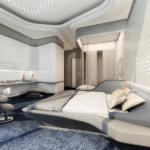 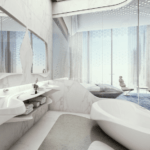 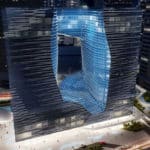 Tags:
Previous Article
The World’s Most Valuable Luxury Brands in 2019
Next Article
Rolls-Royce says Goodbye to the Ghost with the Stunning Zenith Collection 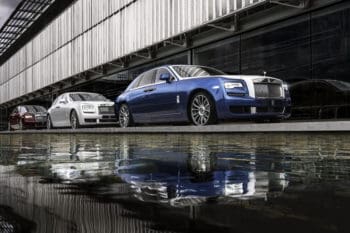