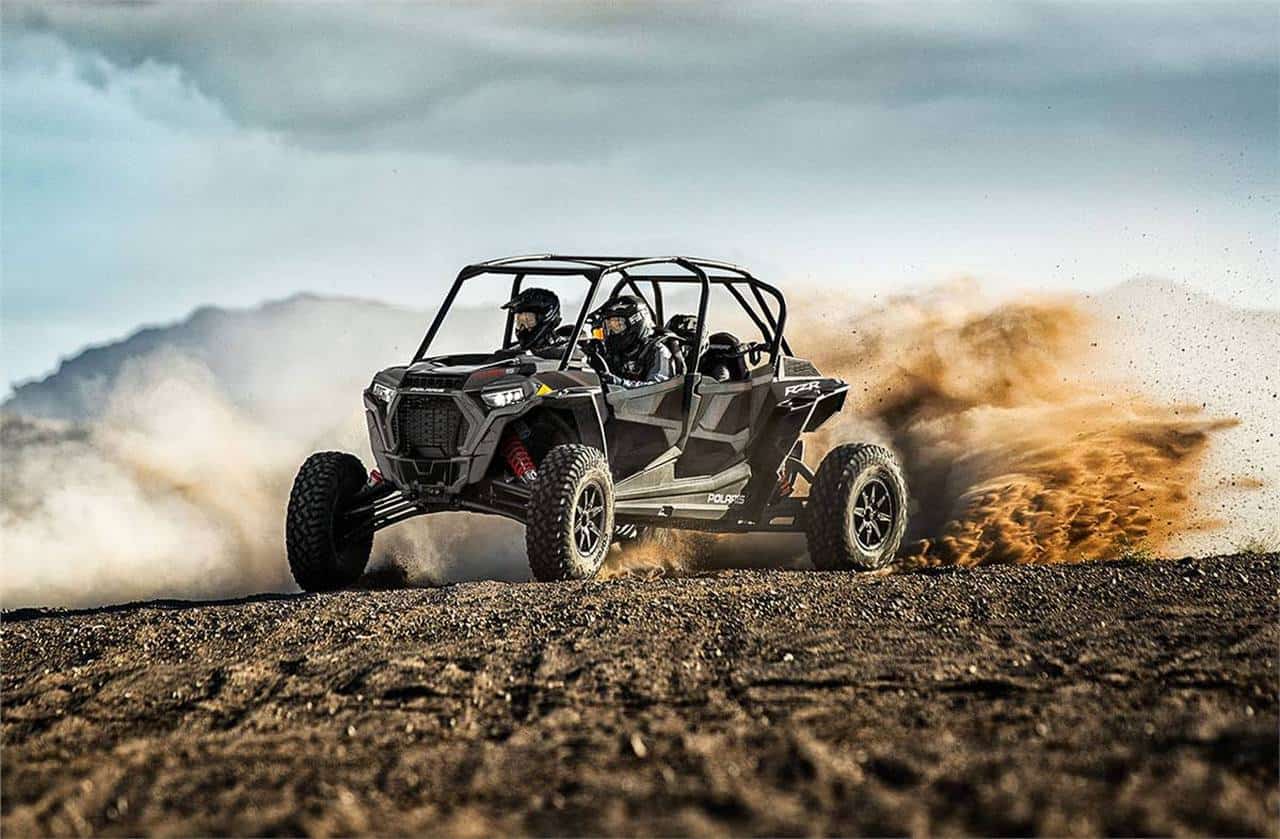 Sure, it’s December and winter is upon us, but after a gruesome summer and a year that we’d love to forget, we’re all in the mood for some adventure and fun. So, what do you think about hitting some desert dunes at high speeds in the near future?

Specifically-built for cool adventures like this, off road dune buggies have come a long way in these last couple of years. There was a period when you had to build these wild buggies in your own garage, but today things have changed and now you can get one of these ridiculous 4×4 machines at your local power sports dealership. 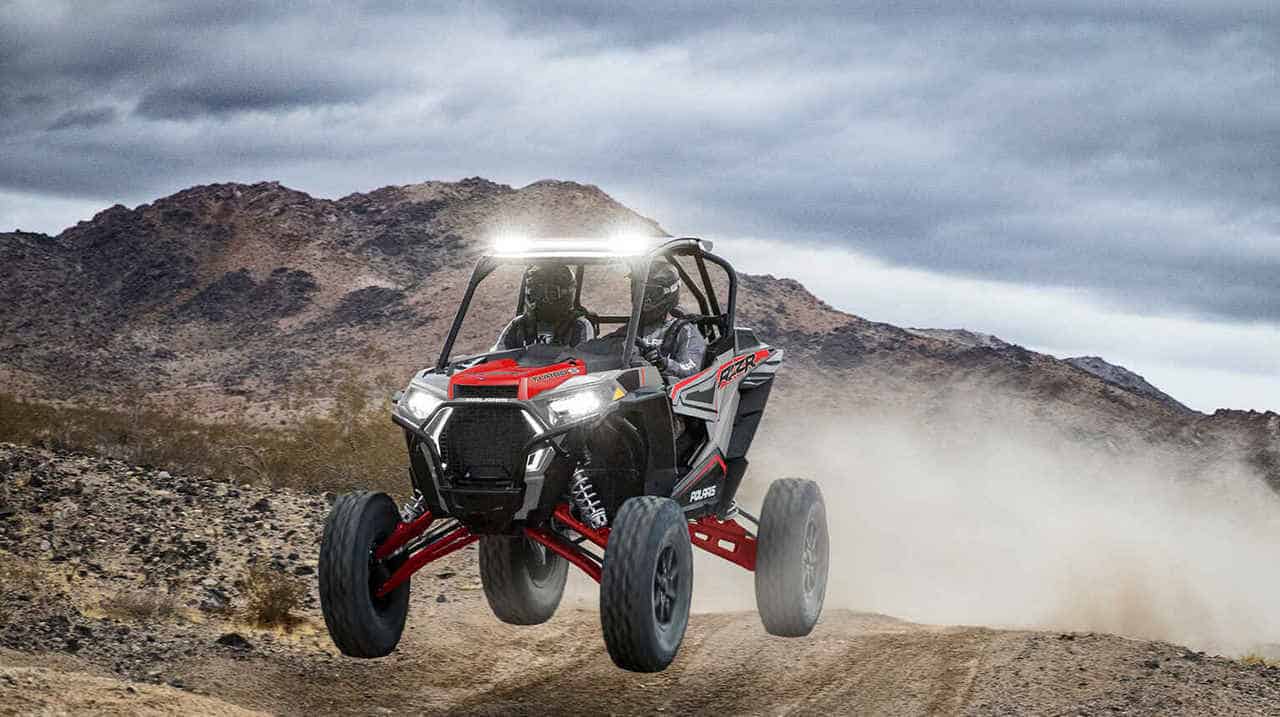 Big or small, inexpensive or pricy, there is something for everyone. Here’s a list that might help you choose what suits you best; one way or another, you are going to have loads of fun with one of the best off road dune buggies. 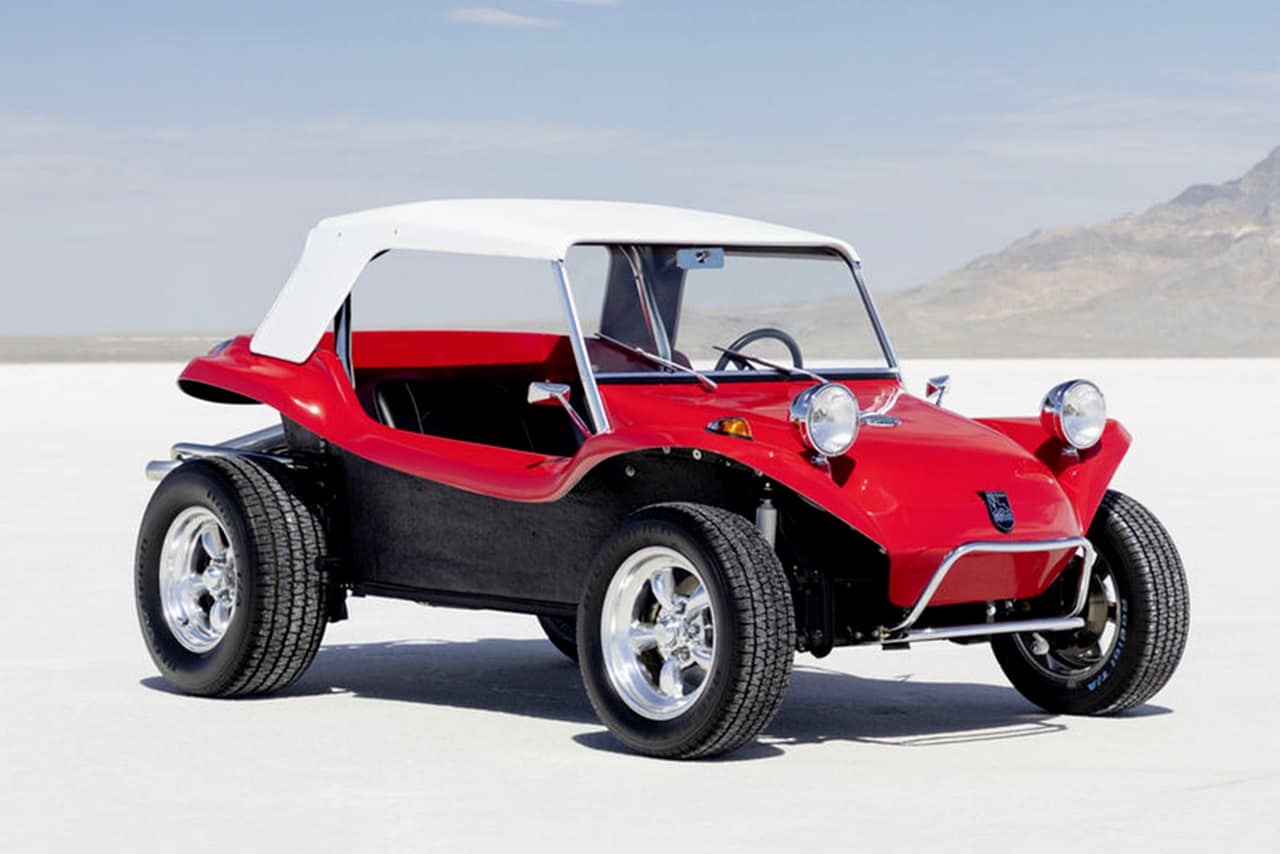 This is where it all started – the original buggy. Initially introduced back in 1964, the Meyers Manx was basically an off-road refit of the iconic Volkswagen Beetle. This cool ride took the world by storm with its off road capabilities and it was in a league of its own, dominating dune racing and breaking dozens of records immediately.

The California-based company now offers plenty of options for its Mayers Manx, including different body kits, custom chassis setups, and a wide range of individual parts. Inexpensive and a DIY option for those who love that kind of thing, this dune buggy is a fun little toy to have in your garage. The classic Meyers Manx kit costs only $2,400! 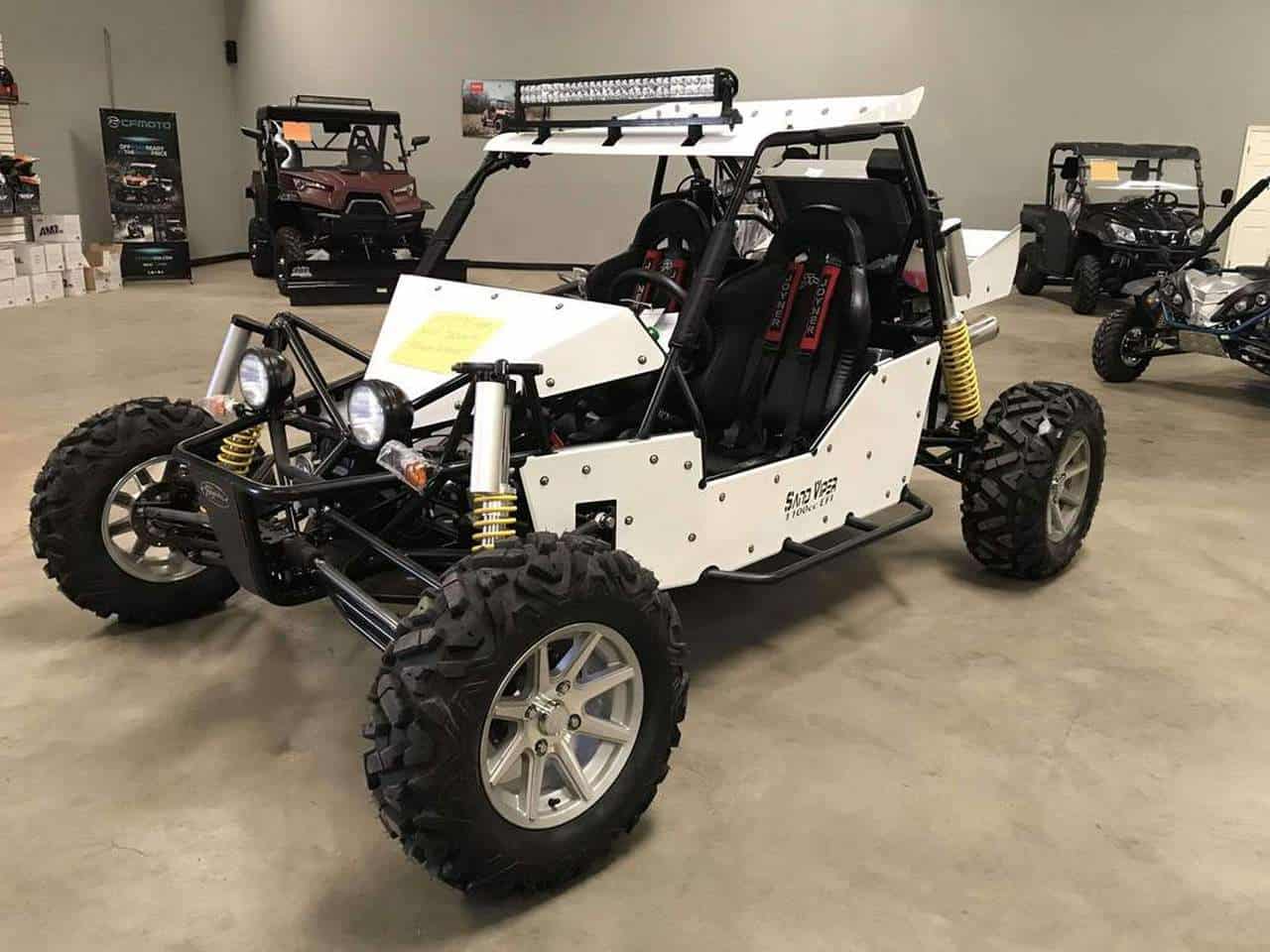 Starting off at $10,000, a lot more expensive than our first option, this buggy is ready to go and will make you smile in an instant. The 1100cc model of the Joyner Sand Viper will reach top speeds of around 70 miles per hour (113 km/h) thanks to a powerful water-cooled 86hp four-cylinder engine.

There’s also an 11-gallon fuel tank, 14″ of ground clearance, hydraulic disc brakes, and more goodies included in the package that promises a lot of fun, great handling and unforgettable experiences. 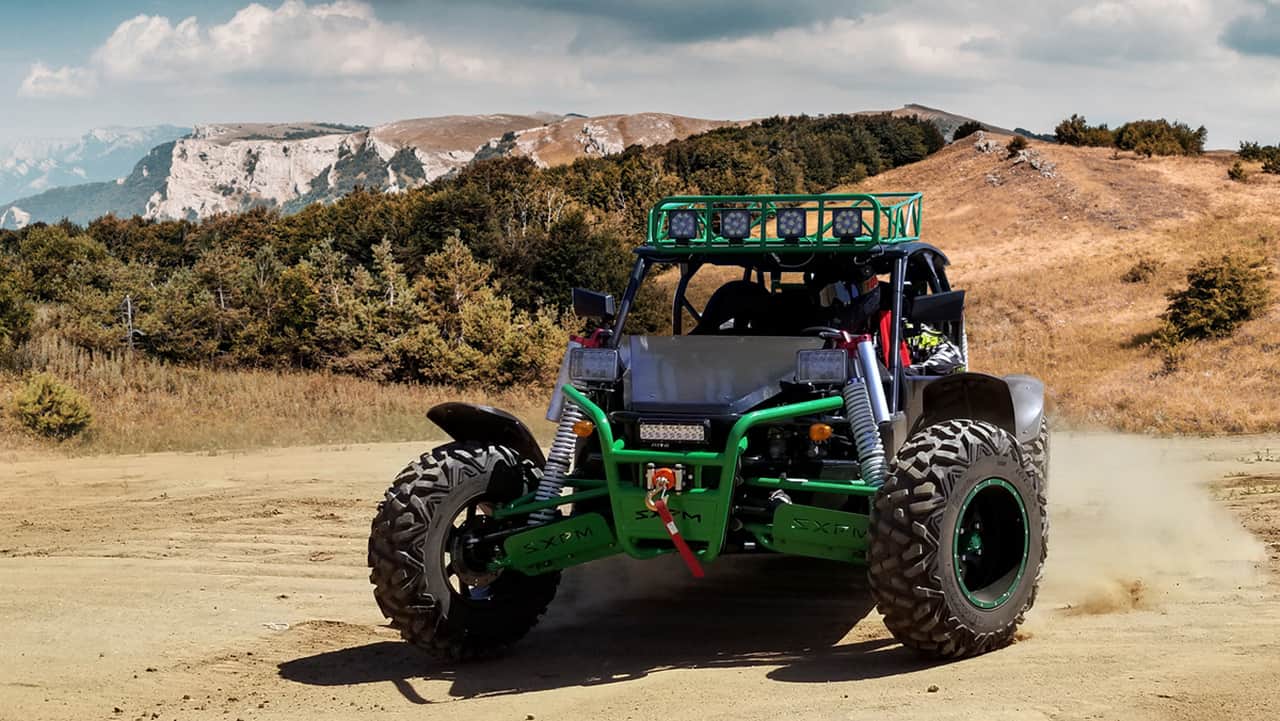 In the same price range as the Sand Viper above, the BMS Motor’s Sand Sniper T-1500 4S is quite different. First, it will allow as many as four people to experience the thrills it has to offer. It has 108 ponies that will make sure you never ran out of growl, while a roof rack will help you out if you’re dreaming of a unique picnic location.

So, if you need four seats to enjoy some off road adventures alongside your friends, this might be the perfect option for you. Otherwise, I see no reason for you not to keep it simple. 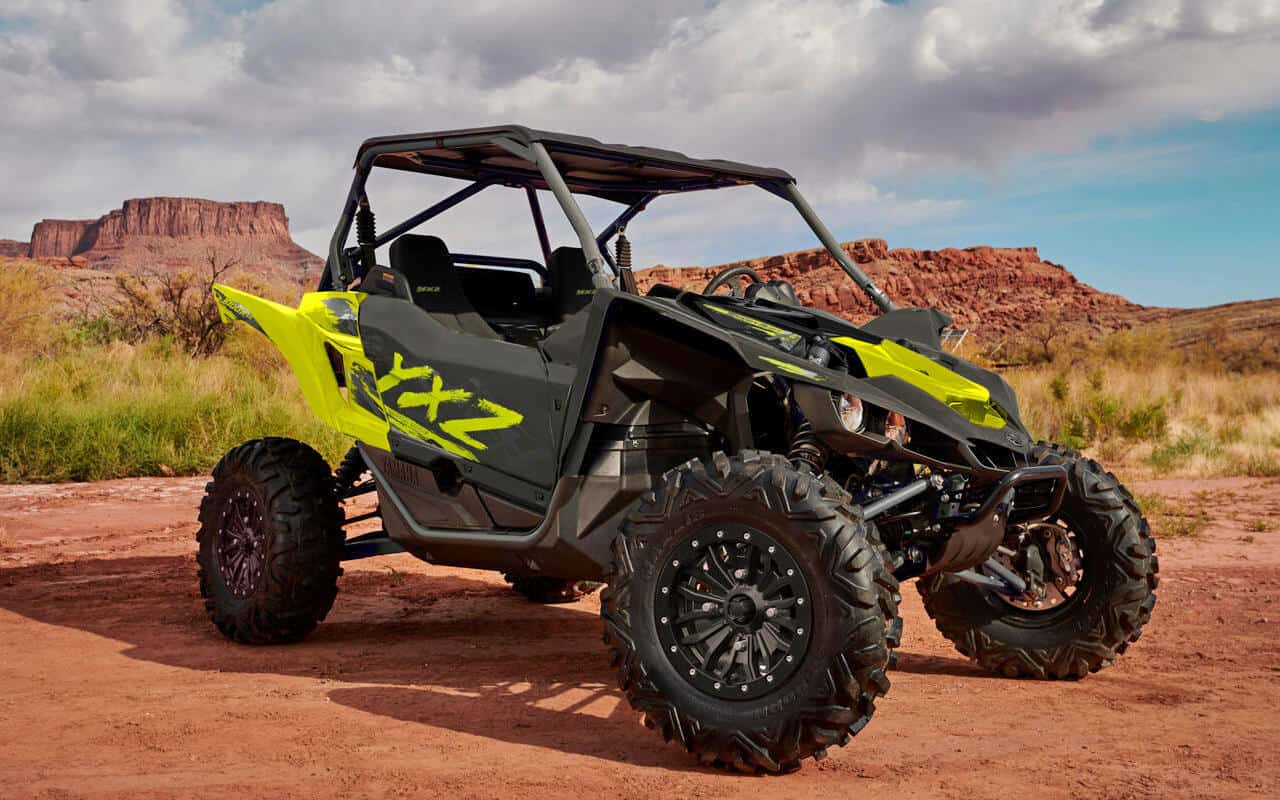 To be perfectly honest, the Yamaha YXZ1000R SS SE is not only a dune buggy, because it has quite a lot of things to offer. A powerful 998cc engine churns out 90 ponies, but with the reduced overall weight (only 1,563 pounds), this means a lot of high speed thrills.

This pure sport side-by-side also allows you to chooce between 2WD and 4WD, and it comes with Fox Racing shocks, hydraulic disc brakes, and loads of exciting possibilities. I’m not sure why you’d go 2WD on the sand, but I guess getting stuck can be fun as well. The YXZ1000R SS SE is priced at $20,499. 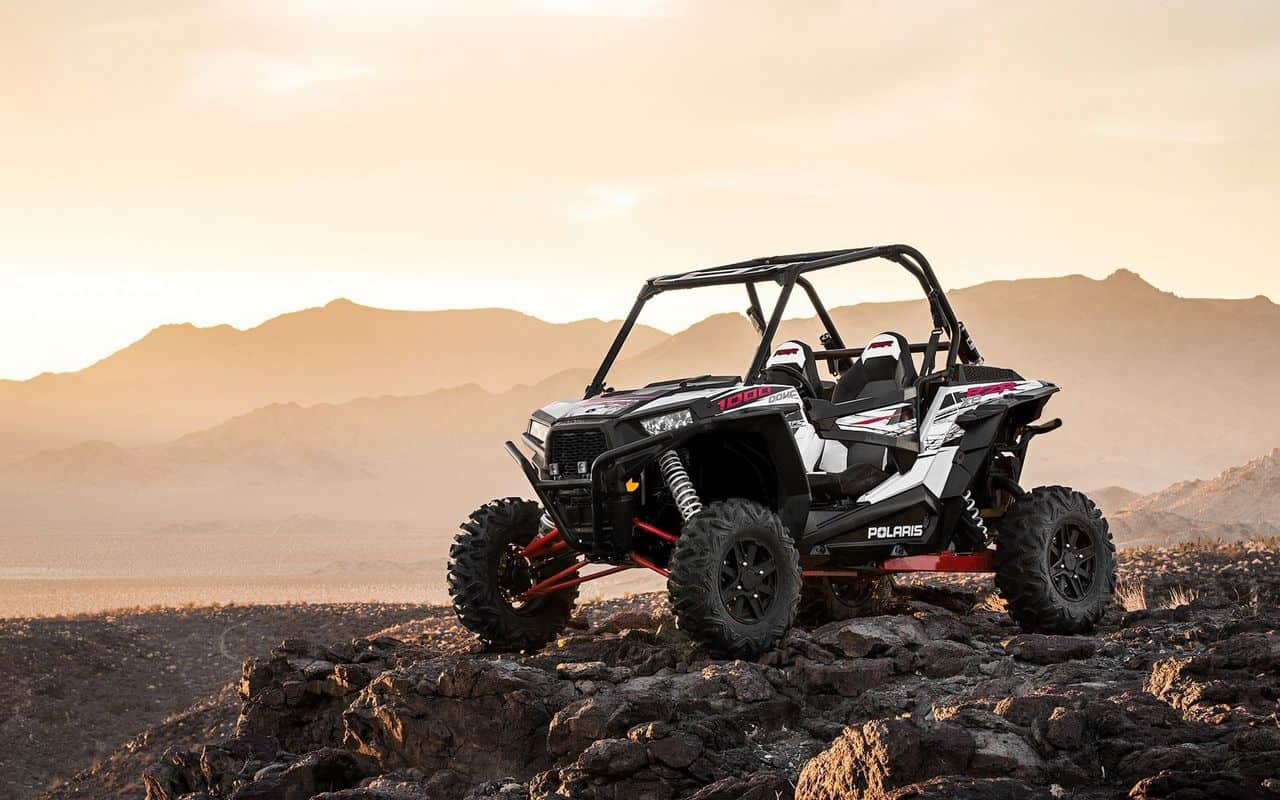 Is it me, or is the resemblance with the Yamaha pretty obvious? Even the price is pretty similar, with the Polaris RZR XP Turbo starting off at $20,999. But there are obviously some big differences between these two buggies.

The RZR XP Turbo benefits from 168 ponies, which is more than some medium-sized sedans we see on the roads today – coming out of a turbocharged 925cc engine that was designed and constructed for performance. There’s also 14″ of ground clearance, 20″/20″ usable travel and bear in mind that this vehicle may be upgraded as well. How can anyone say ‘no’ to that? Not me.

Price and specs at Polaris 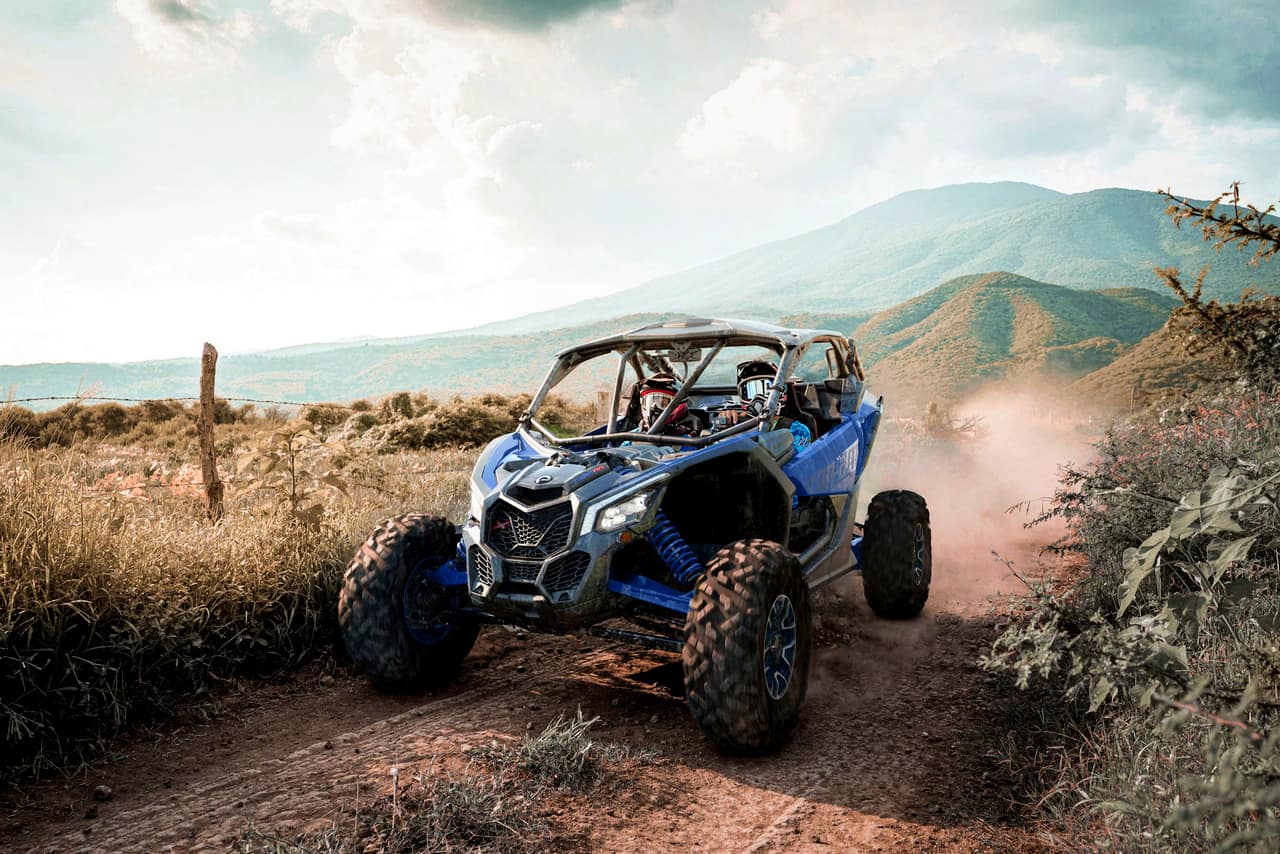 No hill or rough terrain will stand in your way, so the $27,299 might be a small price to pay for unforgettable memories. 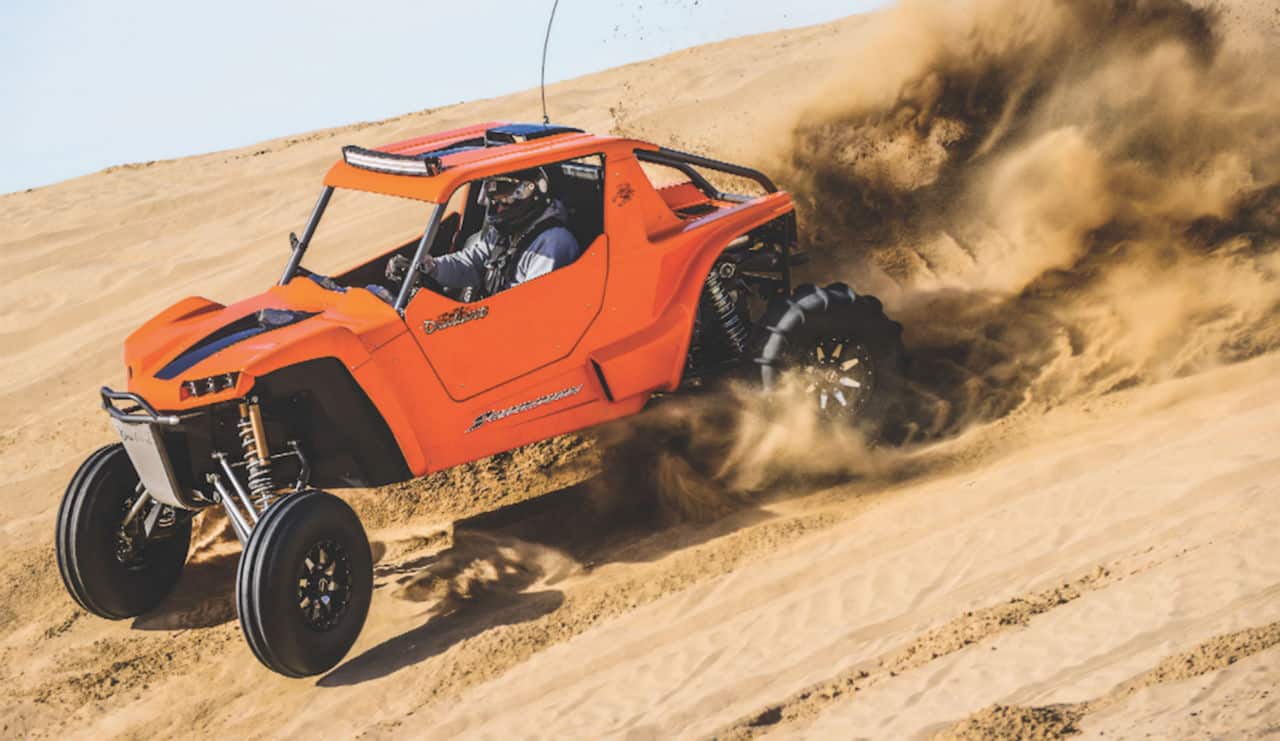 With a name that might intimidate a few people, Drakart’s hard-core, purpose-built buggy combines a unique lightweight body with a ton of power. You can choose between two massive engines for this beast, a 1,300cc Hayabusa unit and an even more powerful 1,340cc option, linked to a six speed manual gearbox.

That means it has enough power to get you through dirt, sand or anything else you throw at it. And if you’re worried you might go airborne, this thing packs a high-end suspension from Tornado that allows it to land how you want it. 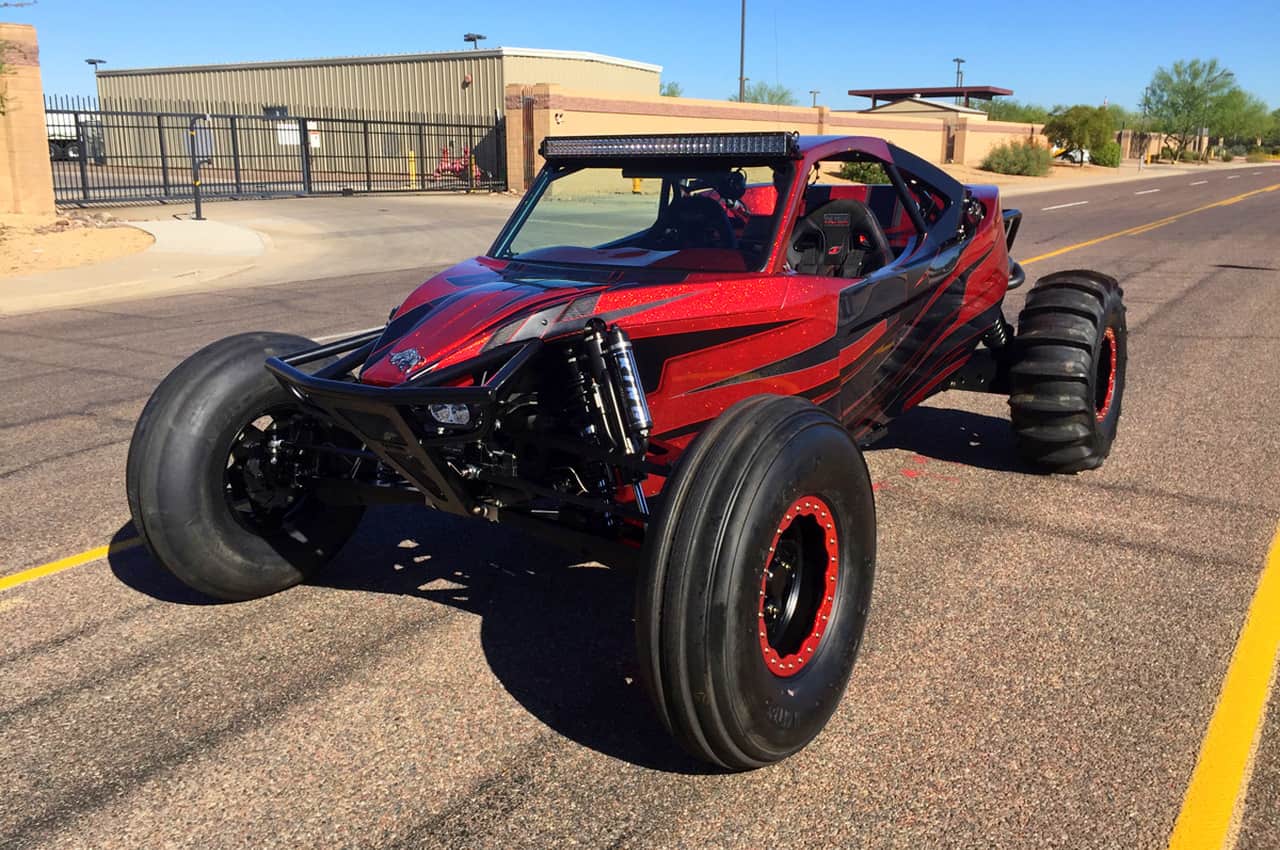 If you thought $34k was a lot of money for a dune buggy, you won’t believe this beast costs $129,900. But the Tatum Dragon Sand Car is not your usual dune buggy; take the cool and sinister appearance, for instance – it looks extremely dangerous, doesn’t it?

Powered by a massive Chevrolet LS3 crate engine, muscle-car territory, this thing brags about 650 hp – as well as various other standard features, such as custom body panels, an awesome suspension system, and a custom chassis as well. Hey, if you can come up with the money, this is not that bad of a choice. Dare to dream. 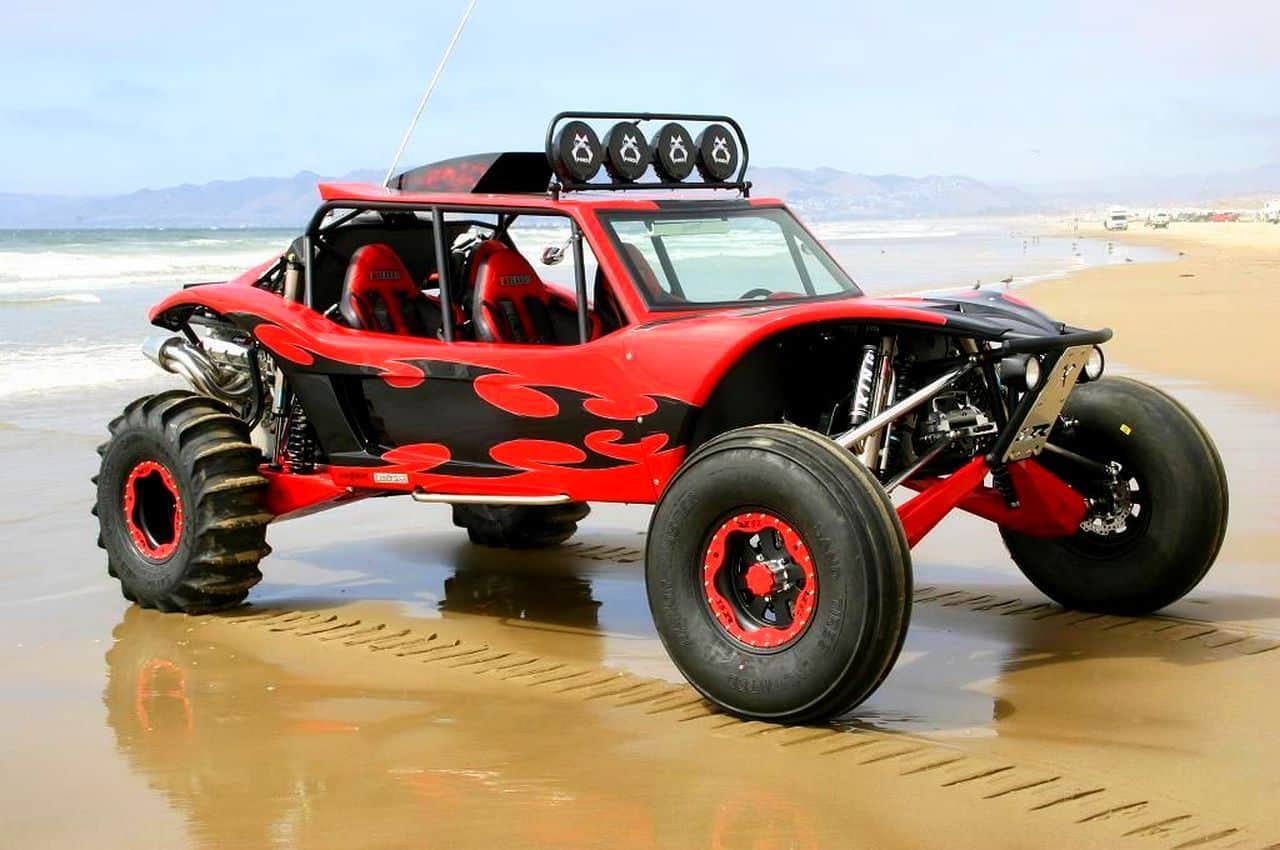 We have left the ‘affordable’ land behind and we went straight to the premium level toys. Yes, there’s something even more expensive than Tatum Motorsports’ Dragon Sand Car, and that’s the extraordinary X5R, coming from BuckShot Racing. This off-road monster starts from $130,000, so it might go well beyond that.

The American company allows future X5R owners to choose one of four engines, in the 510 to 600 hp range. But they could also add in a turbo and you get a mind blowing power output of up to 1,200 ponies – for a dune buggy, remember that. Sure, there’s a price to match such performance, but hey – you only live once. 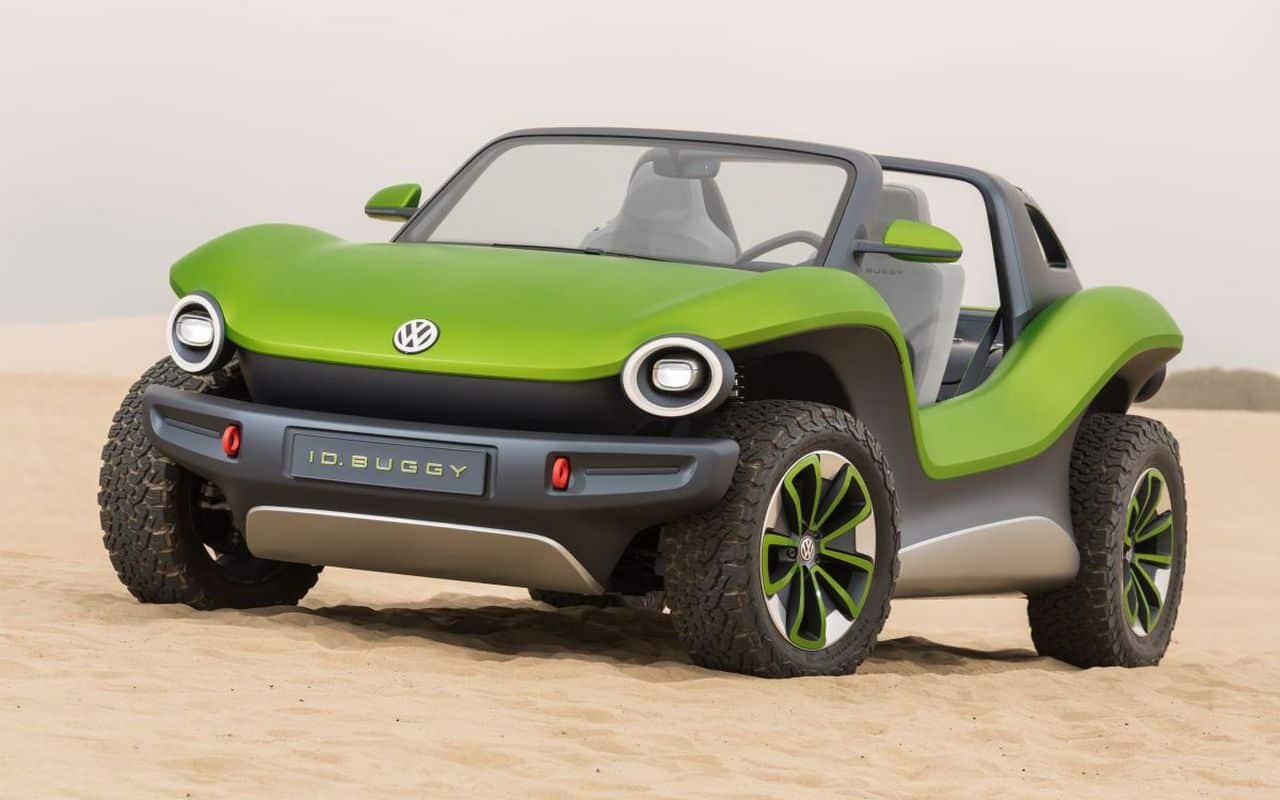 Now, this is not a dune buggy – per se. The designers from Volkswagen unleashed their imagination last year and came up with this cool off road electric vehicle – a functional concept, to be more exact. This thing is no slouch, as the electric motor on the ID Buggy develops 200 hp and will help the vehicle go from 0 to 100 km/h in 7 seconds; did we mention that this thing is road-legal?

Please Volkswagen, make it happen! The ID Buggy looks a bit “soft” compared to other dune buggies on this list, but with 200 hp on tap it might deliver the same insane thrills. Tech geeks might also appreciate that the brake pedals have a pause symbol on them, but it would be a bad idea to look down while putting this thing through its paces.

Find out more at Volkswagen

If you find or know any other cool dune buggies, others than the ones we’ve mentioned here, feel free to let us know in the comments section below. 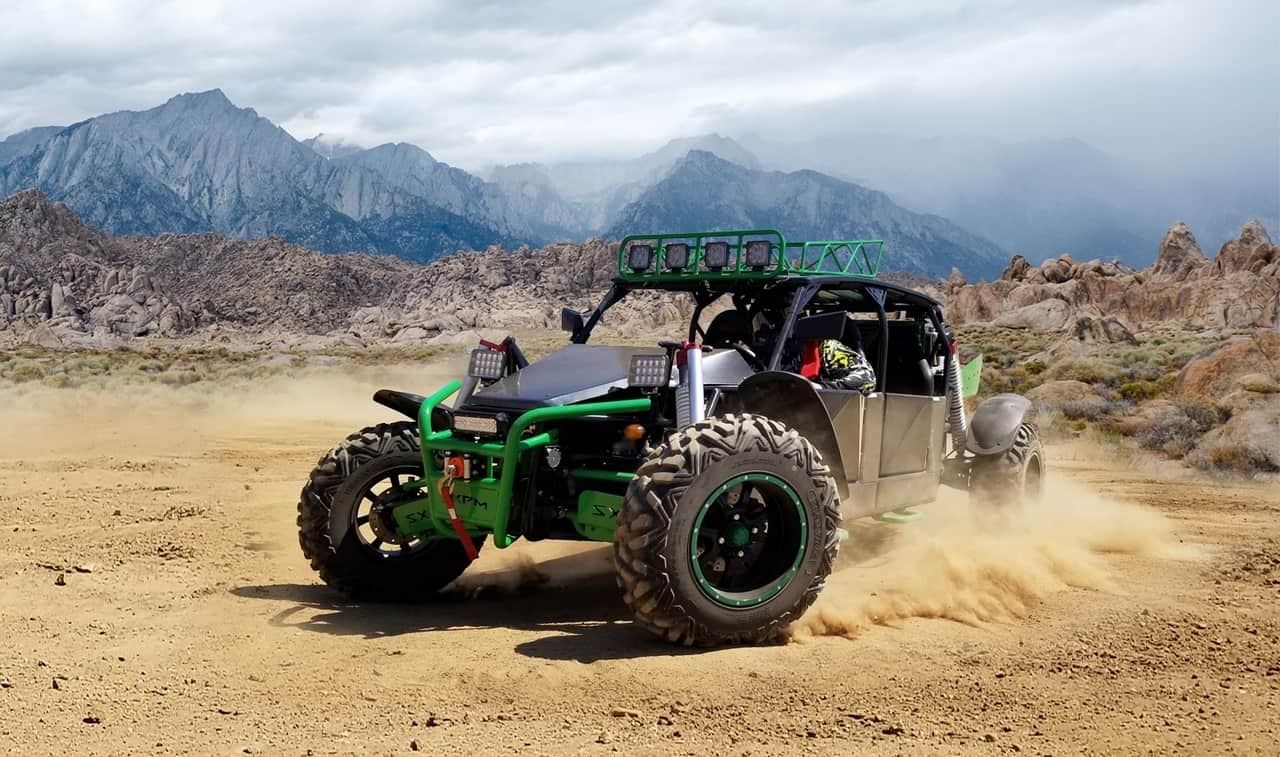 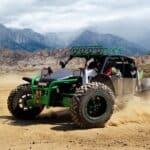 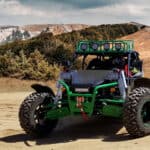 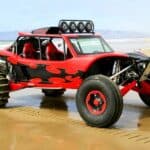 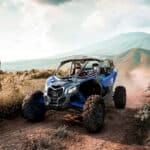 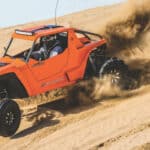 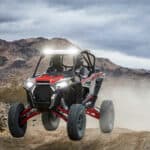 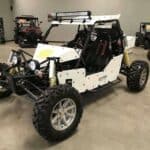 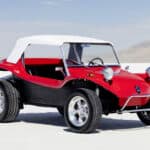 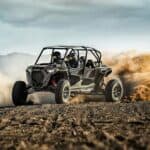 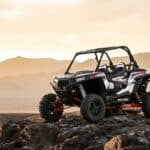 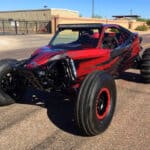 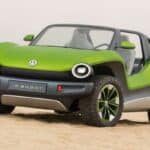 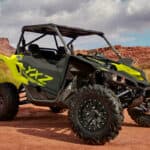 Tags:
Previous Article
The 10 Best Blue-Light Glasses You Can Buy Right Now
Next Article
This Custom Himalaya Defender and a Bespoke Kodiak Turboprop Could be Yours for $3 Million