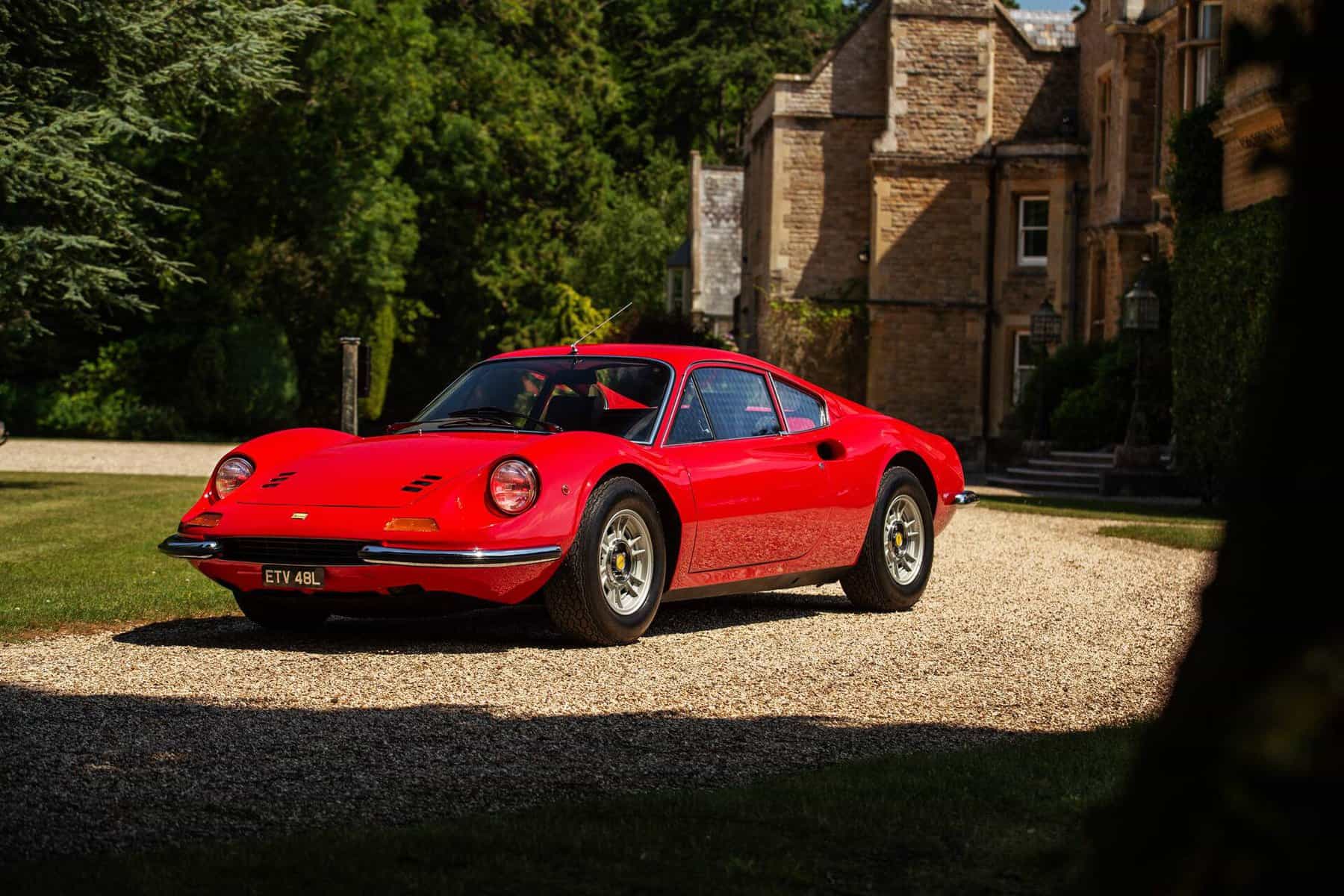 The 1970s are part of the Golden Age of the automobile, a period of great innovations that by far exceeded any other decade before it, and even after.

Game-changing models that have set the stage for the automobile as we know it today, have almost all been born during or around that period. Everything, from better engines and groundbreaking mechanical features to iconic chassis designs and bold aesthetics, have propelled the automotive industry forward.

And among all those impressive vehicles, there are handful of models that have had a significant impact on the industry, acquiring praise and earning their place in history.

While choosing the greatest cars of a certain period is a subjective matter, we’ve strived to pick up the most influential ones, those that set the bar high for the rest of the world to follow. 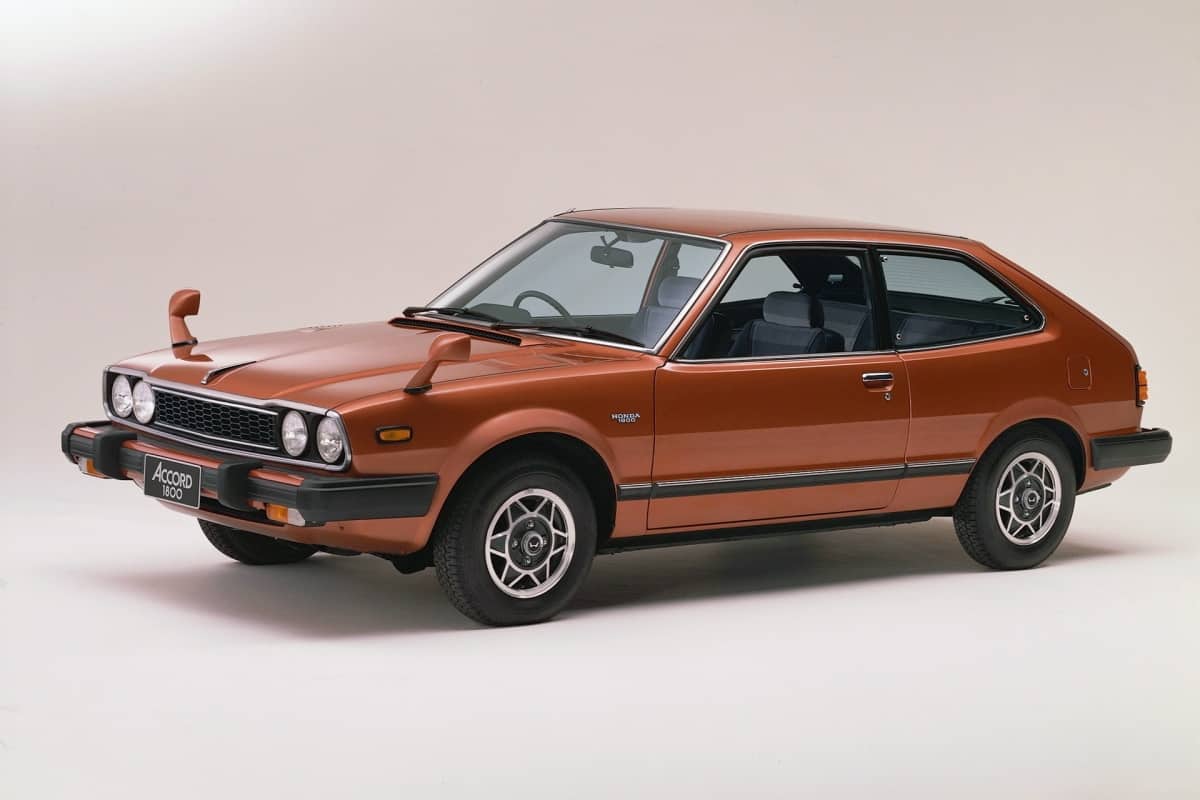 The year 1976 was the year when the first Honda Accord was born, a small hatchback that didn’t impress so much with its looks. But when it came to sportiness, it did surprise everyone. It was fast enough and agile for such a small car.

Not only that, but the Accord proved to be a very reliable and practical car, which was an even more important factor, especially for the masses. And when it came in America, the Detroit Big Three started to feel threatened by this little sedan that proved the world that such a car is possible and comes in cheap as well. 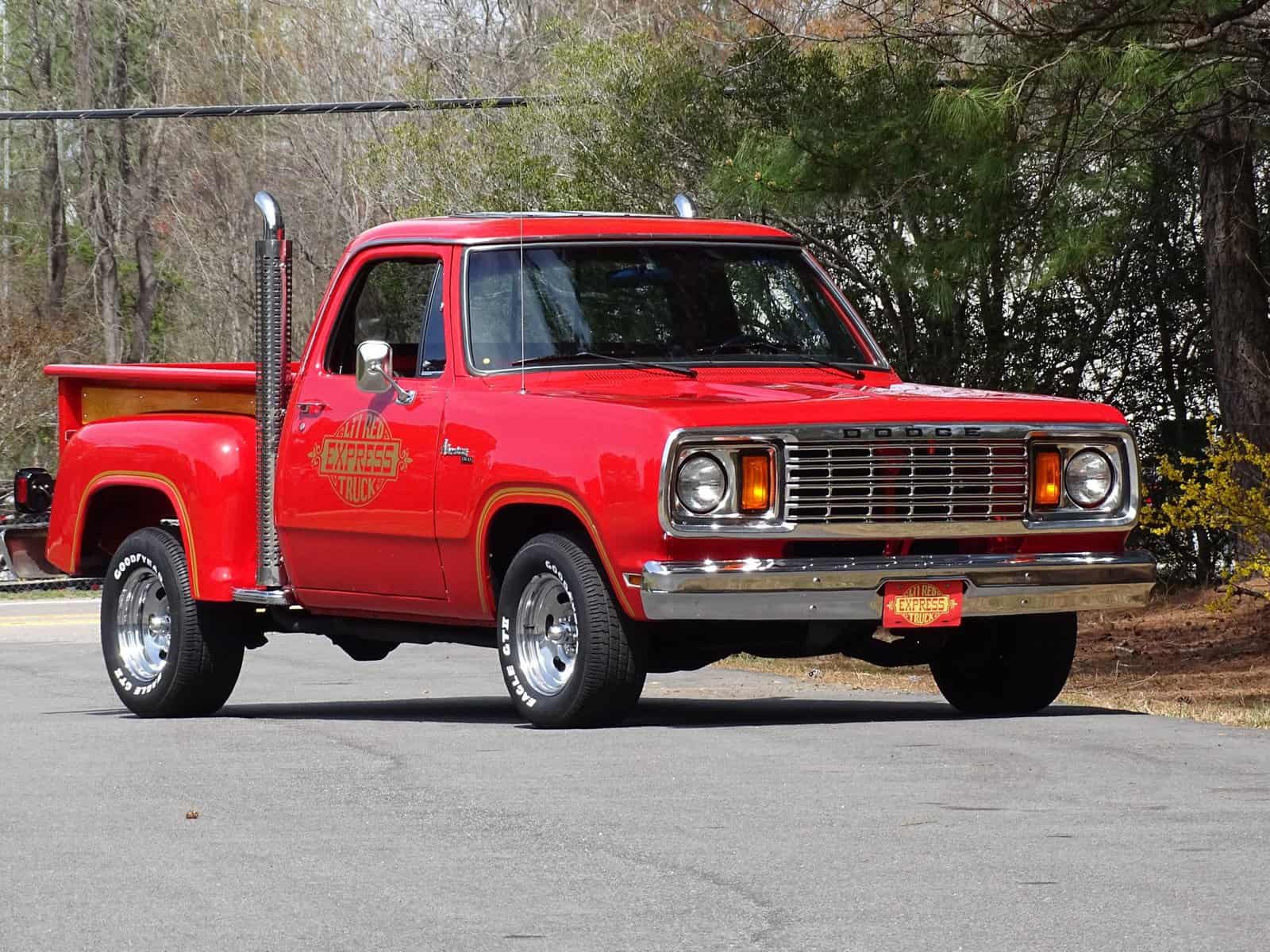 Coming out in 1978, the Dodge Li’l Red Express was the first high performance pickup truck that the world ever saw. And it was an impressive sight. The truck was capable of a 0 to 60 mph run in just 7.5 seconds and a 118 mph max speed thanks to the 5.9 liter V8 engine and its 225hp and 295ft-lbs of torque.

The exterior featured flashy chrome semi-truck type of exhaust stacks on both sides, and a classic silhouette that’s in the memories of many people even today. 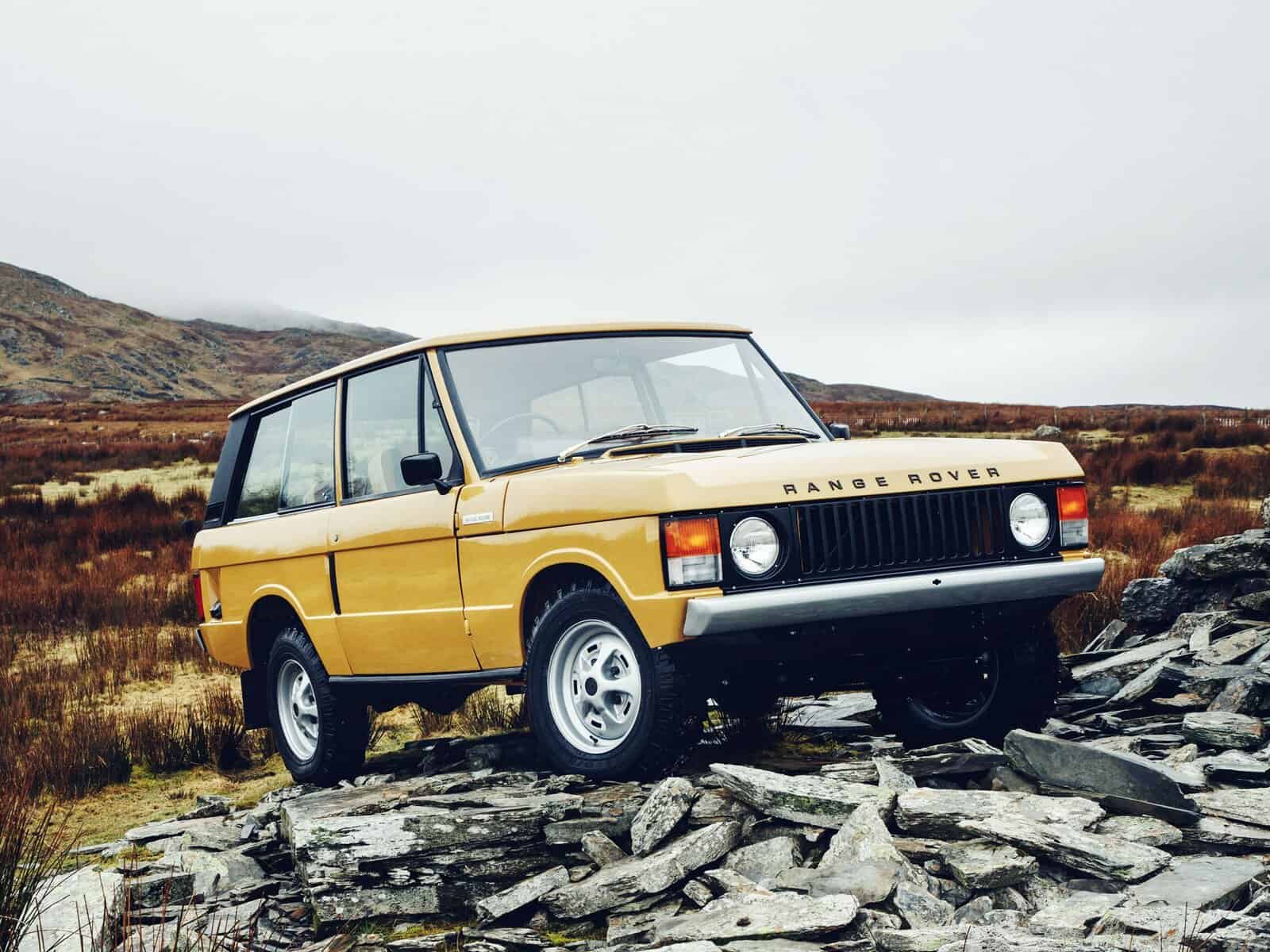 The original prototype for the Range Rover was created in 1969, but the first generation entered production in 1970. It stayed in production until the ’90s, when the second generation took over.

The off-road capable vehicle, called the “car for all reasons”, came with a classic and timeless design that many Rover enthusiasts still love today, and it was the one that invented the luxury SUV category, perfect for taking it for a ride on the city streets and not only on muddy country roads. 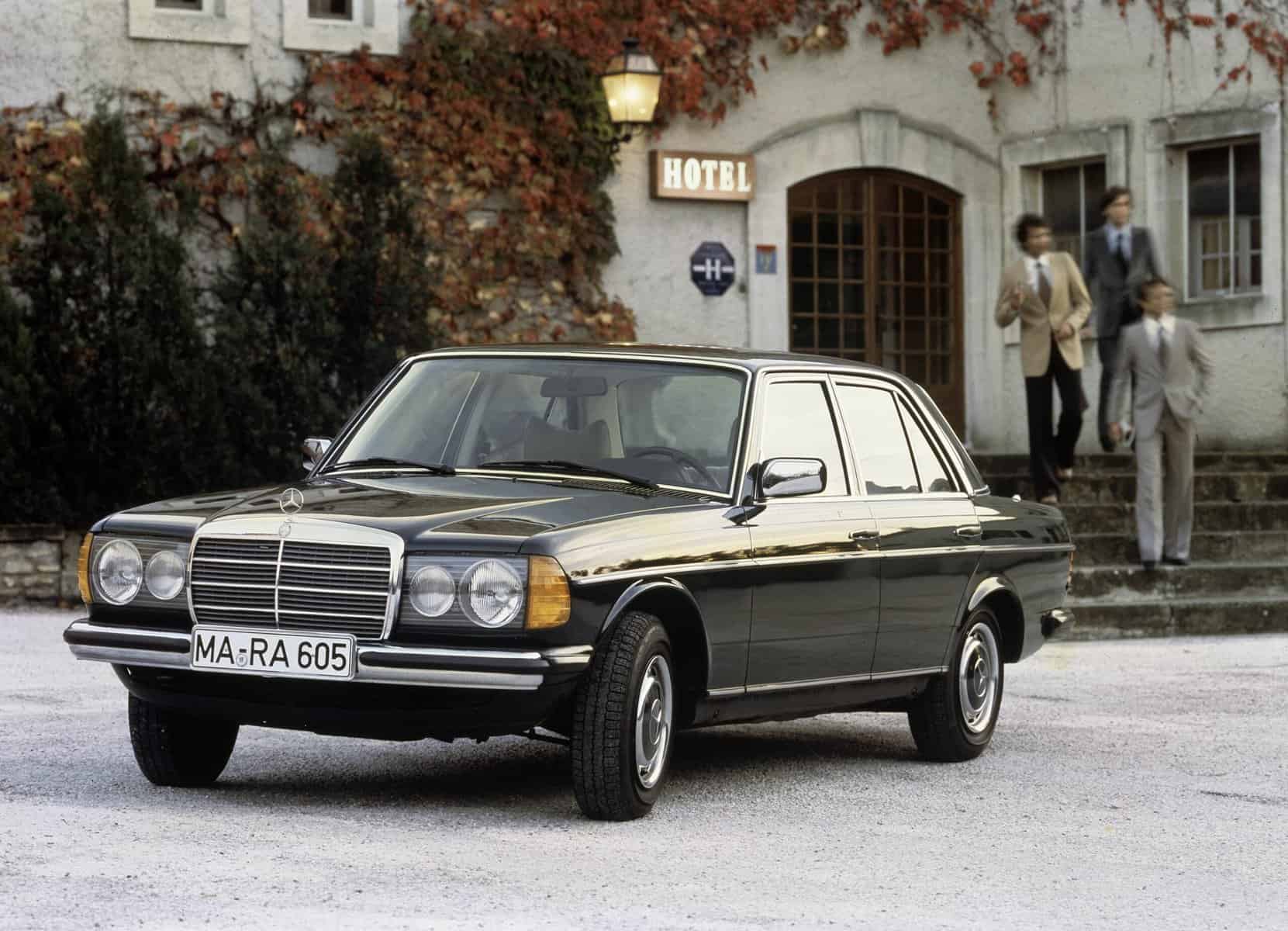 The Mercedes-Benz W123 is already a classic. It was in production since it came out in 1973, and all the way to 1986. But beyond its stunning looks, the W123 proved the world that it’s possible to have a car that can go upwards of 100k miles without having any major service, both to the engine or other components.

It’s easily one of the most well regarded cars in the entire automobile history. The W123 range included coupes, sedans, and station wagons, with over 2.7 million units sold during the period it was produced. 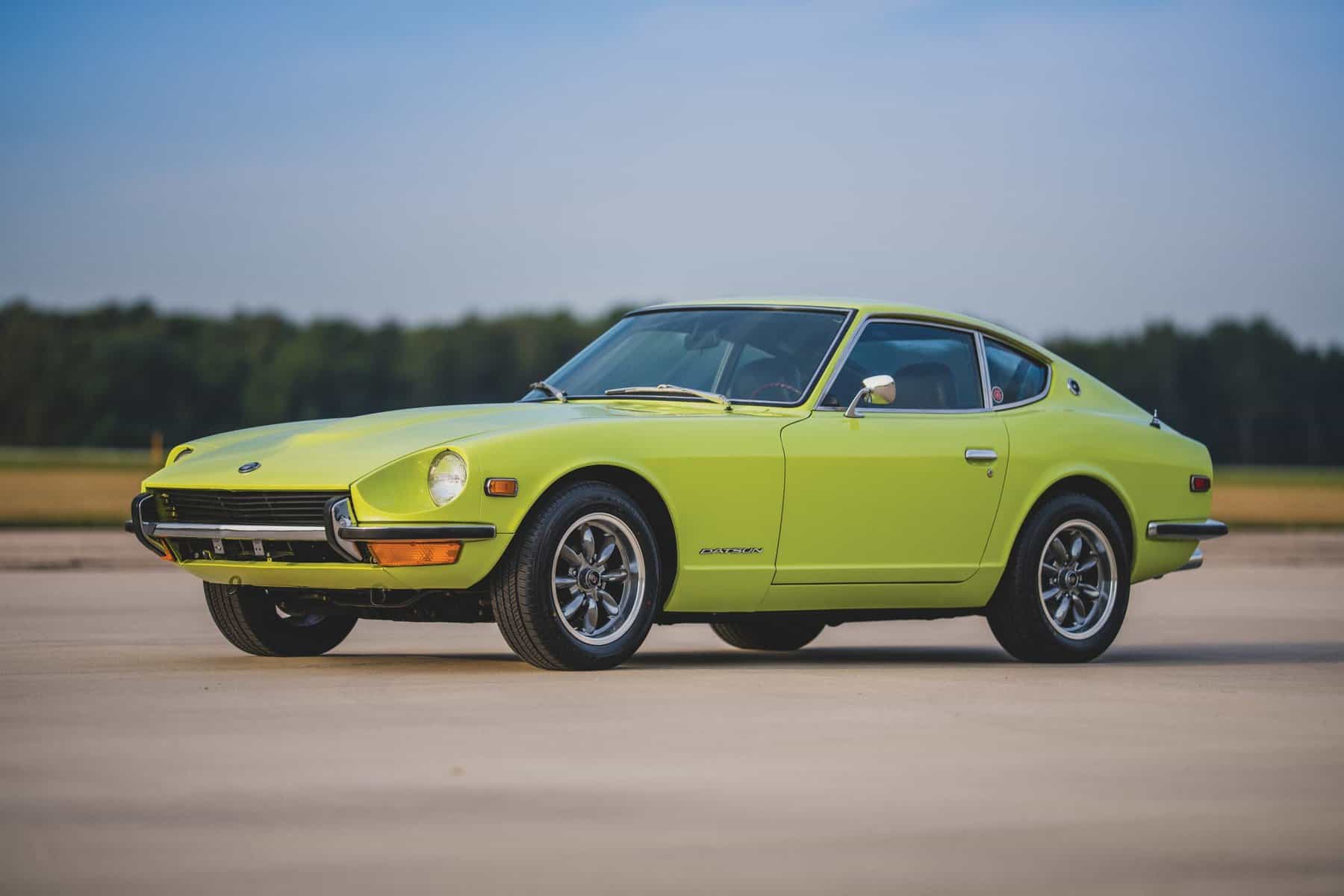 A car that was to earn its place amongst the most significant sports cars of the era, the Datsun 240Z took by surprise every salesman, especially in the United States, becoming the best selling sports car of the 1970s.

It was pretty, it was fast, it was affordable, and all that went on to set a new world order in the automobile world. 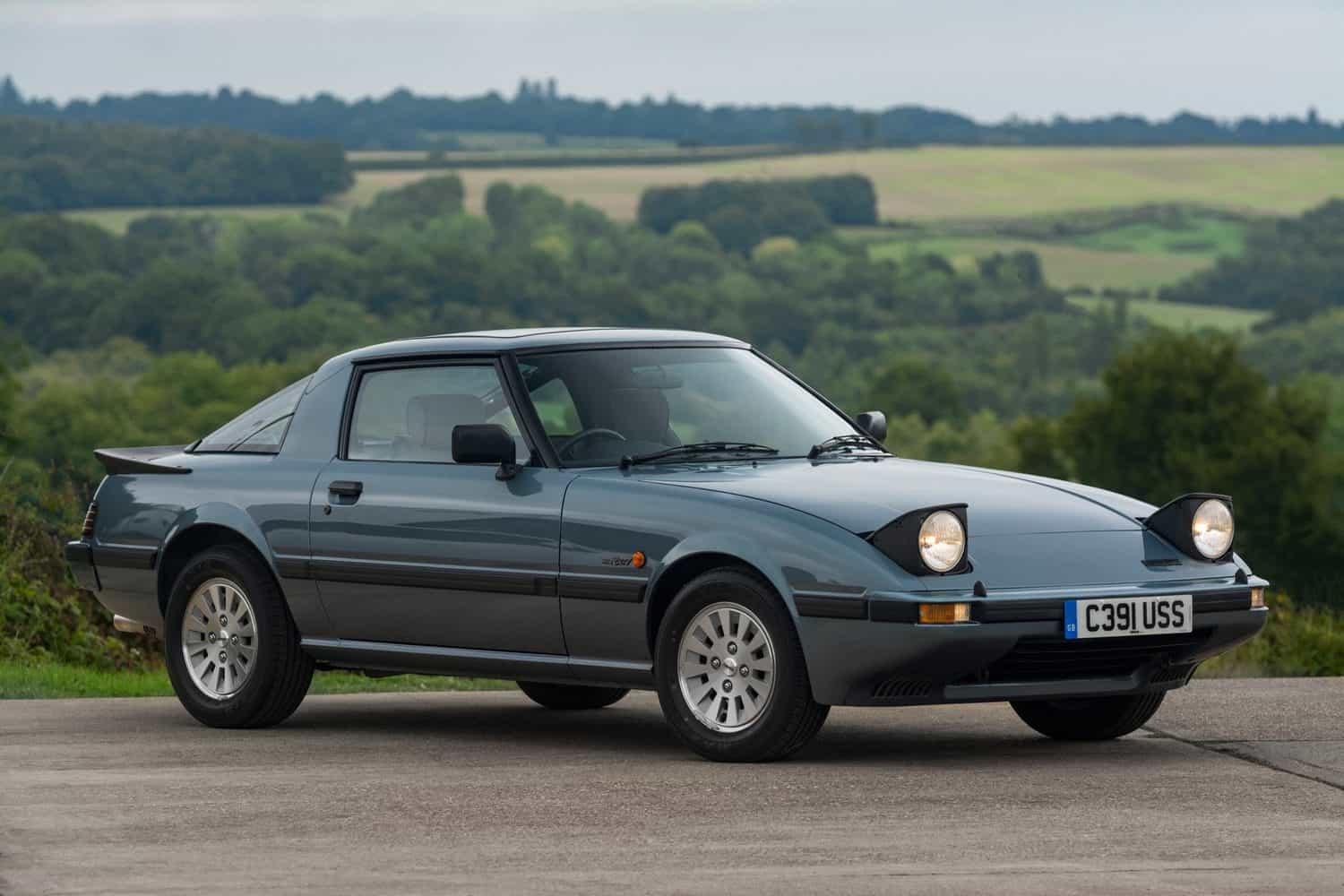 The first generation Mazda RX-7 had its debut in 1978, and was retired from production in 1985, after doing justice to the Wankel rotary engine, and starting a craze in the world of drifting, where enthusiasts tuned it to perfection.

The RX-7 also came with a 1.1 liter engine, both in its simple and turbocharged form, and it was capable of 105hp in the beginning, later on upgraded to 115hp. 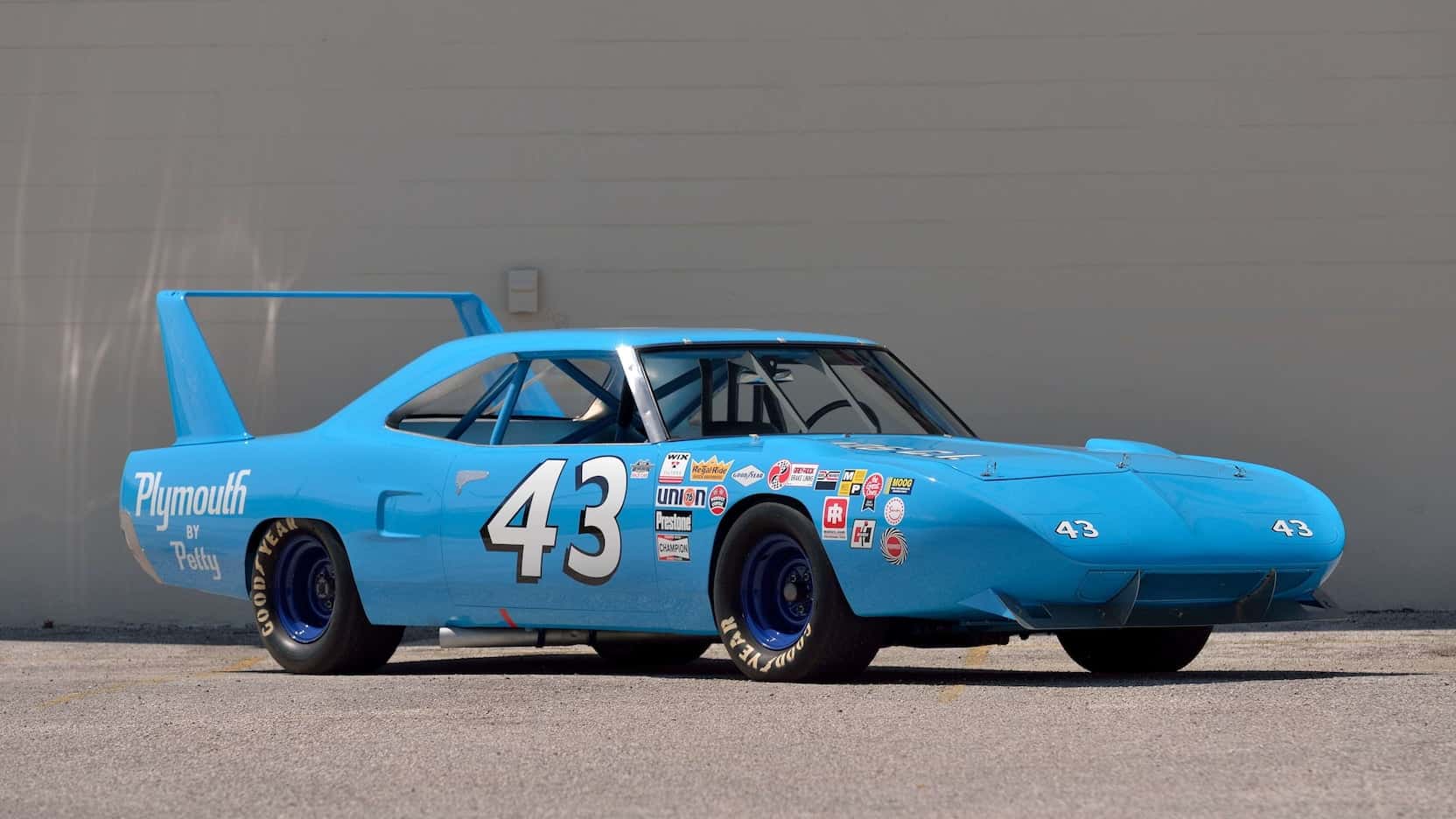 If you know about the Goodwood Festival of Speed, you surely know about the Plymouth Superbird, with its pointy, shark-like nose and a large rear wing that NASCAR demanded for better cutting through the air at high speed.

The powerful and peculiar car featured a range of V8 engine options, from the 375hp 7.2 liter to the legendary 7.0 liter “Hemi”. And that only to compete and win. 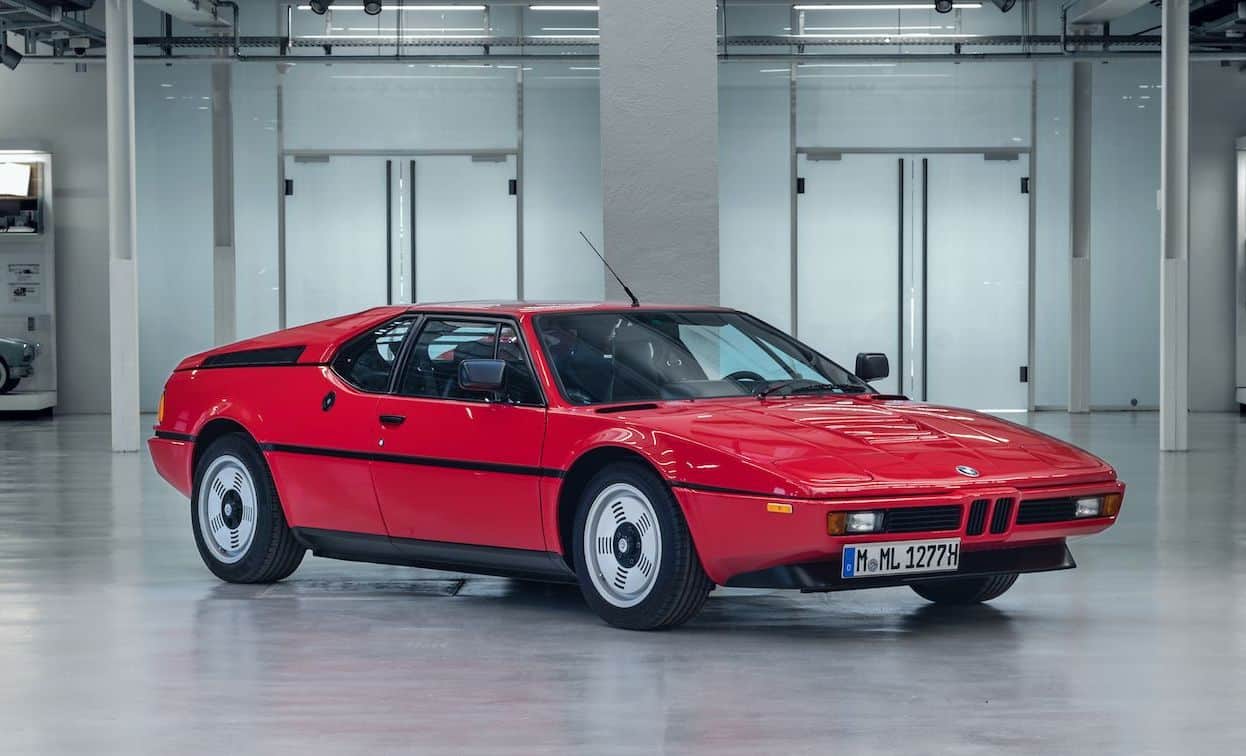 Probably one of the greatest BMWs of all time, the BMW M1 that came out in 1978, was among the first supercars ever built, and a first for the Bavarian carmaker.

It was designed and built with racing in mind, and sported a 275hp 3.5 liter straight six M88 engine that put it on top. The wedge shape of the chassis made it somewhat of an oddity, but there was something beautiful about it. Until 1981, when production ended, only 453 units had been produced in total. 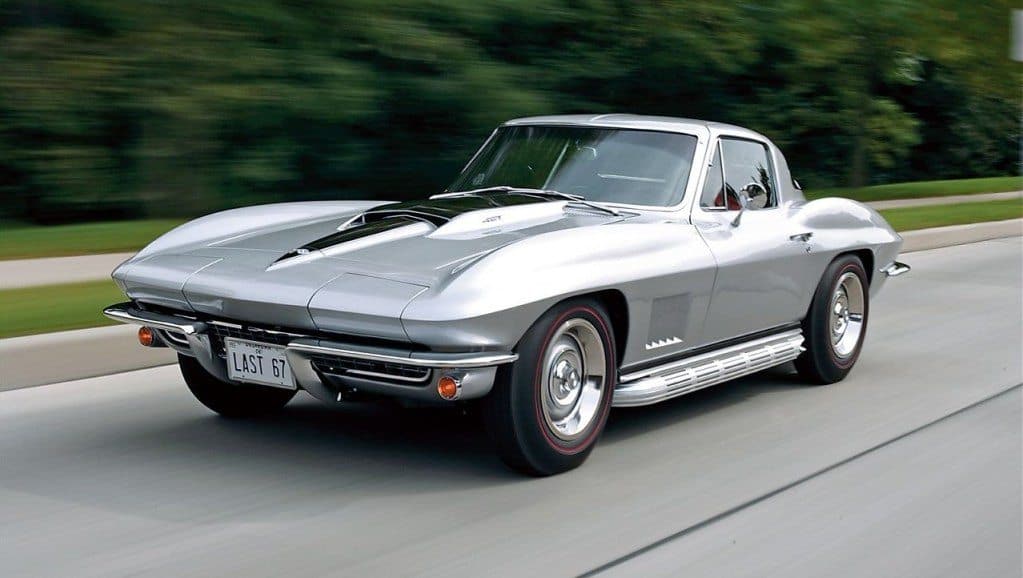 Though the Chevrolet Corvette C3 (third generation) was in production between 1967 and 1982, its full glory was during the 1970s. The C3 came with a brand new bodywork and a redesigned interior, but the chassis and engine platform were borrowed from its older brother, the C2.

Later on, the C3 was upgraded with better and more powerful engines, so the powertrain range finally included a 370 hp 5.7 liter, and the 425 hp 7.4 liter V8. Also new on the C3 model was the use of T-top removable roof panels, giving it a more unique allure. 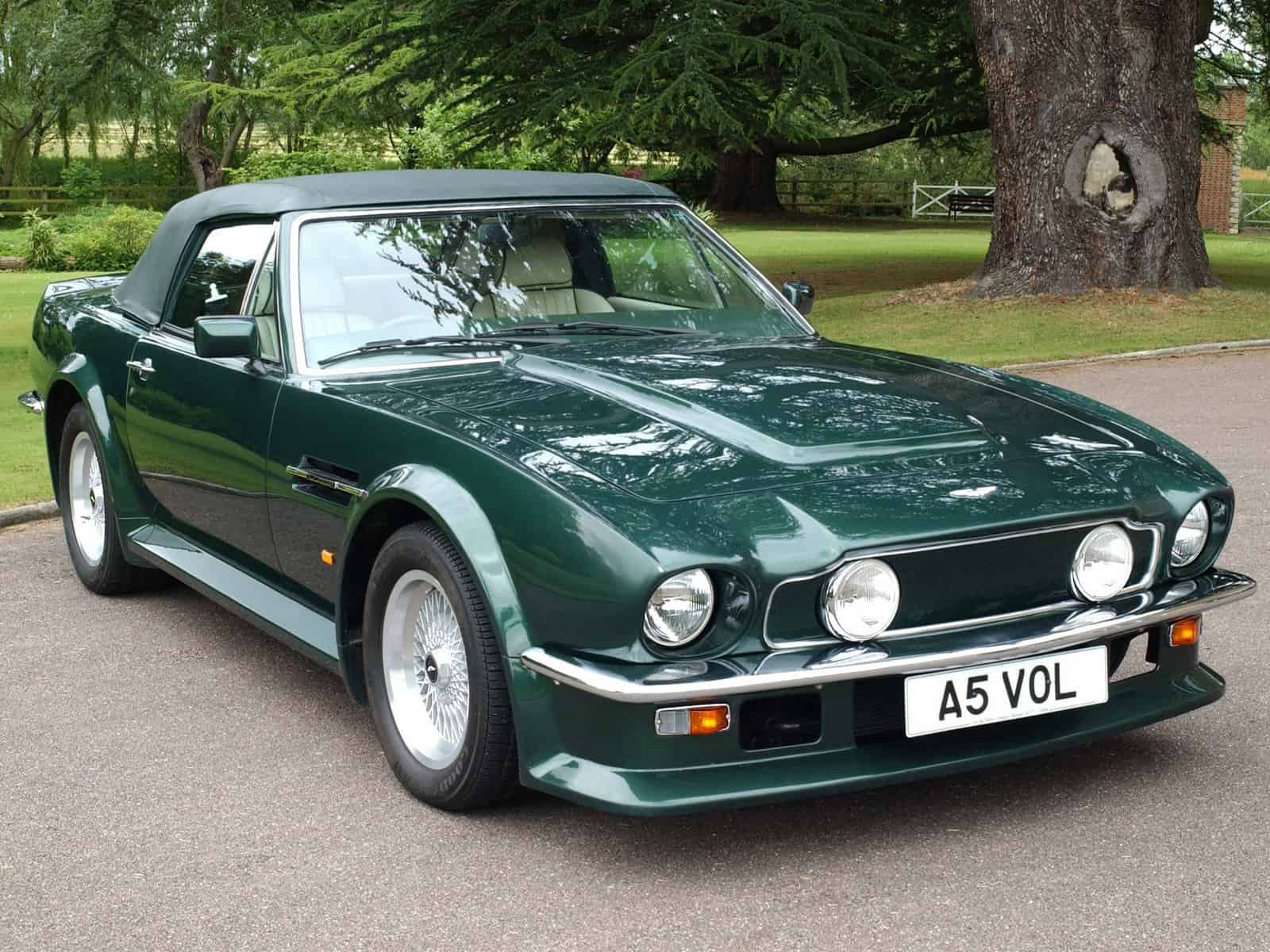 The Aston Martin V8 Vantage may have very well been the first high performance muscle car to come out from the British auto industry. The more precise description for this car though, was that of a luxury grand tourer. What made it special was the exterior. It looked similar to that of an American muscle car.

But it also had the much needed muscle under the hood, in the form of either a 5.3 liter, or a 6.3 liter V8. Later iterations of this model brought even more performance upgrades, and a convertible variant as well. 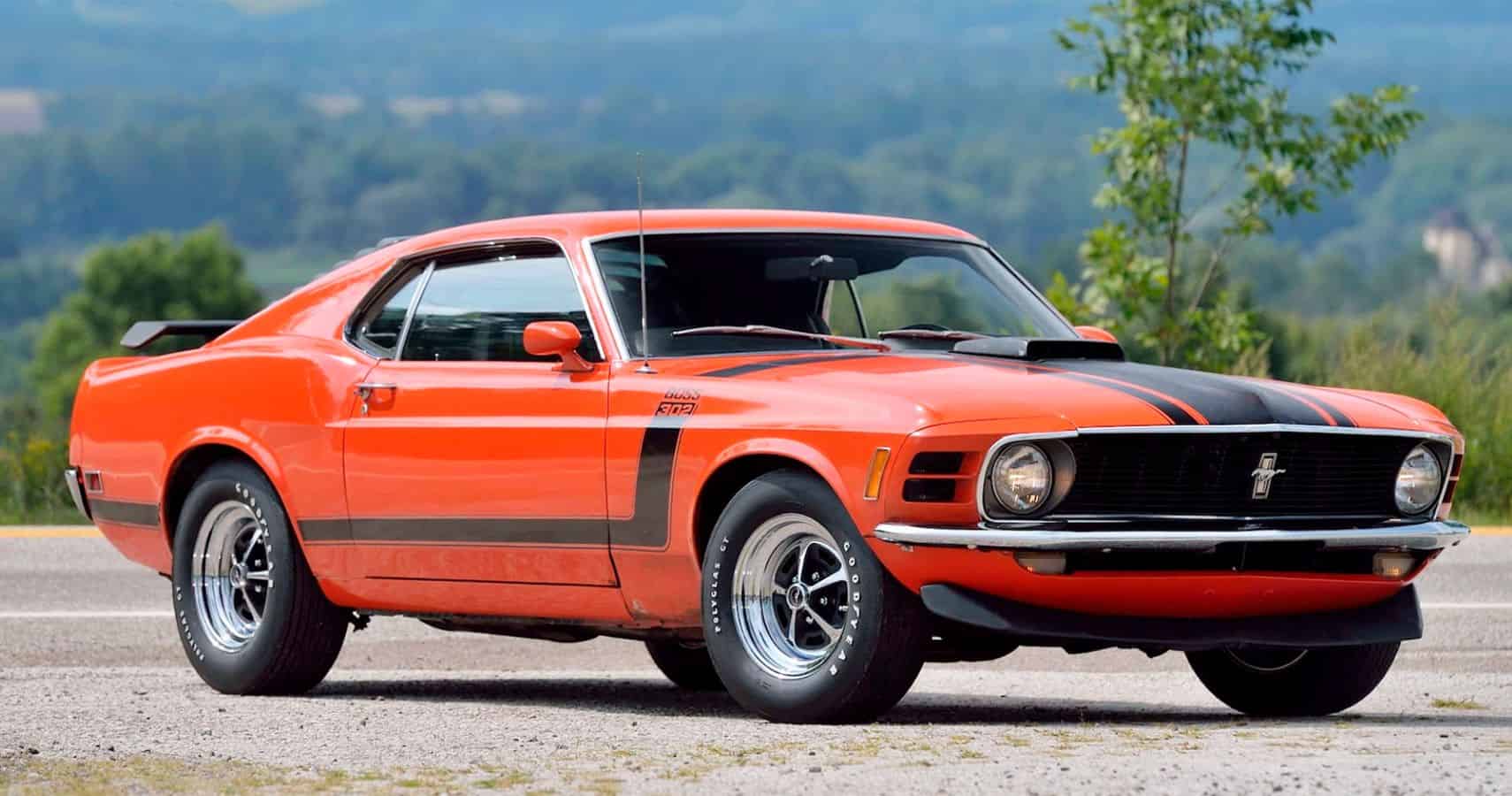 The Ford Mustang is a legend among legends, but the Boss 302 came with an even more aggressive looking body and upgraded powertrain and components. The Ford Mustang Boss 302 was only produced between 1969 and 1970, but it was enough to make a name for itself, as a high performance variant of the original Ford Mustang. 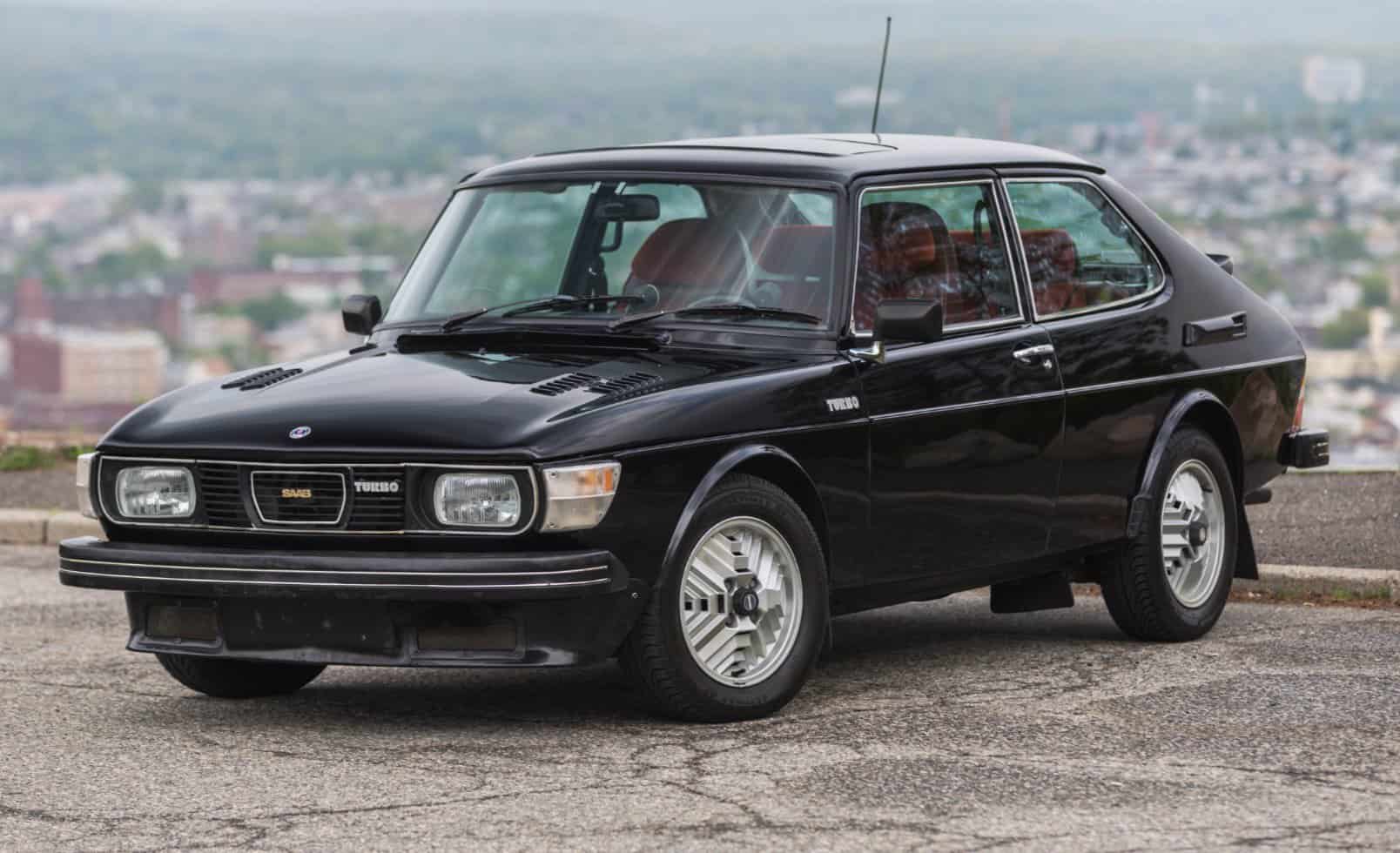 The safe, dependable, family oriented Saab 99 didn’t necessarily look like a supercar, but after being fitted with a turbocharger, it transformed into a little beast, the one to open the door for future generations of turbocharged Saabs.

The wacky looking Saab 99 Turbo proved to everyone that a family car could be a high performance one as well, with the two not being mutually exclusive. It first came out in 1968, and was in production throughout the entire 1970s, finally being retired in 1984. 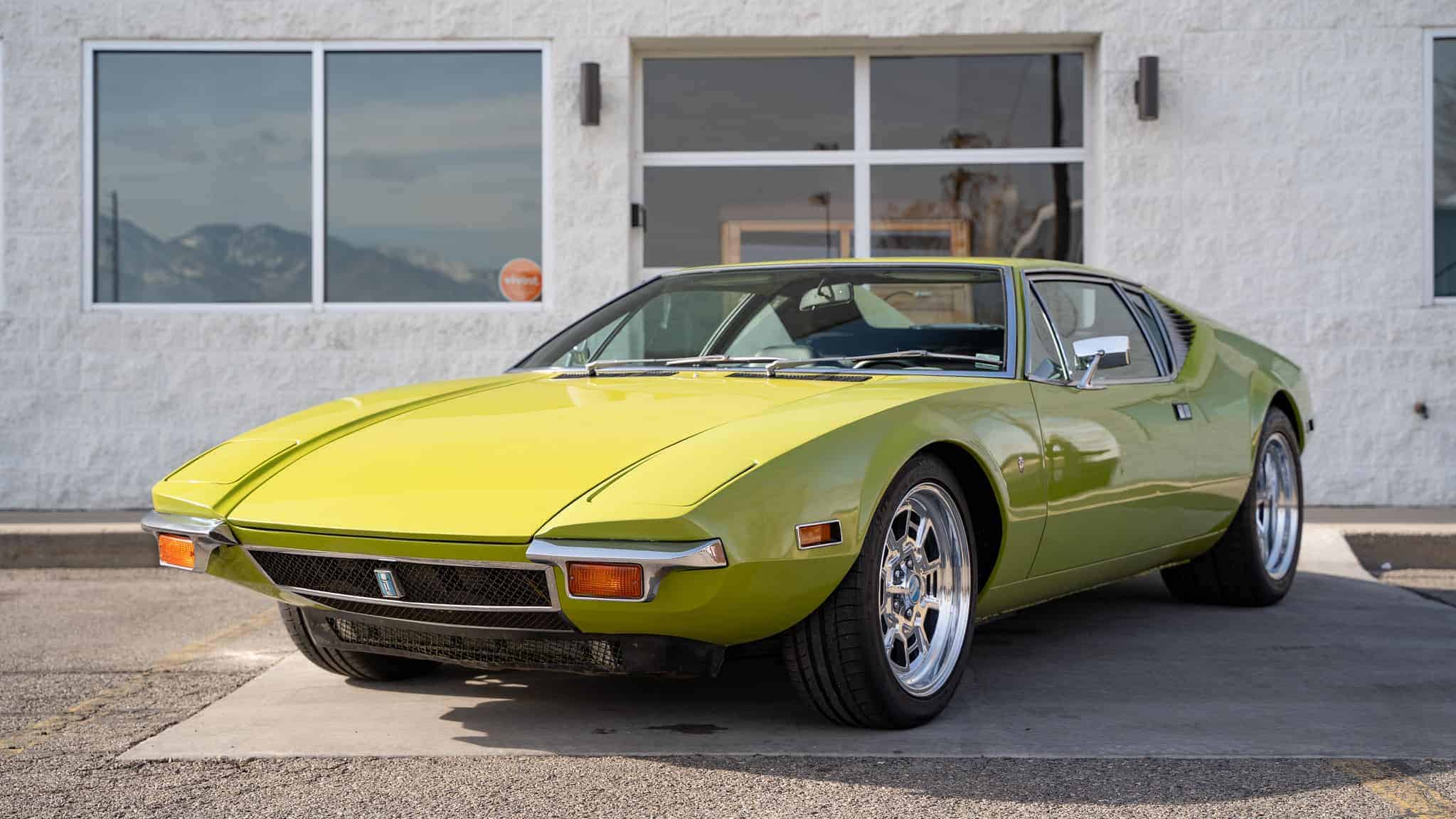 Probably one of the most influential cars of all time, De Tomaso Pantera came out in 1971 and stayed in production up until 1992. The astonishing bodywork was designed by the automotive design legend Marcello Gandini, and it inspired many modern supercars that came out afterwards.

With over two decades in production and more than 7,000 units sold, the Italian “Panther” passed the test of time and earned itself a spot among the best cars ever built. 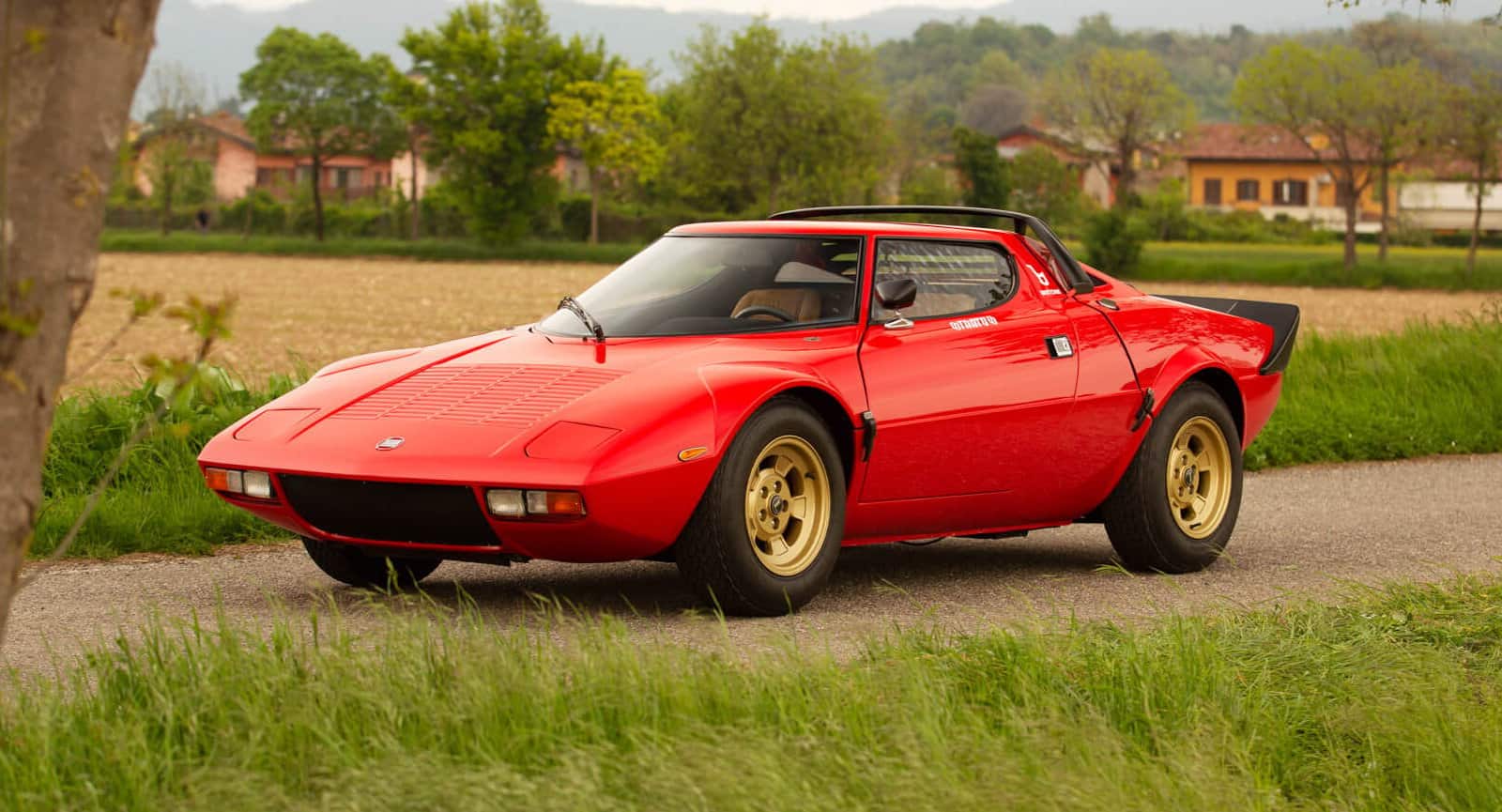 The Lancia Stratos was designed and built with only one mission in mind, to dominate the world of rallying. And that’s precisely what this car did, eventually becoming one of the most celebrated rally cars in history.

Though the Stratos was in production for only 5 years, it managed to achieve world fame by winning several championships. It came with a 2.4 liter V6, and it was a phenomenal machine in the hands of a skilled driver. Only 492 units were produced from the total of 500 planned. 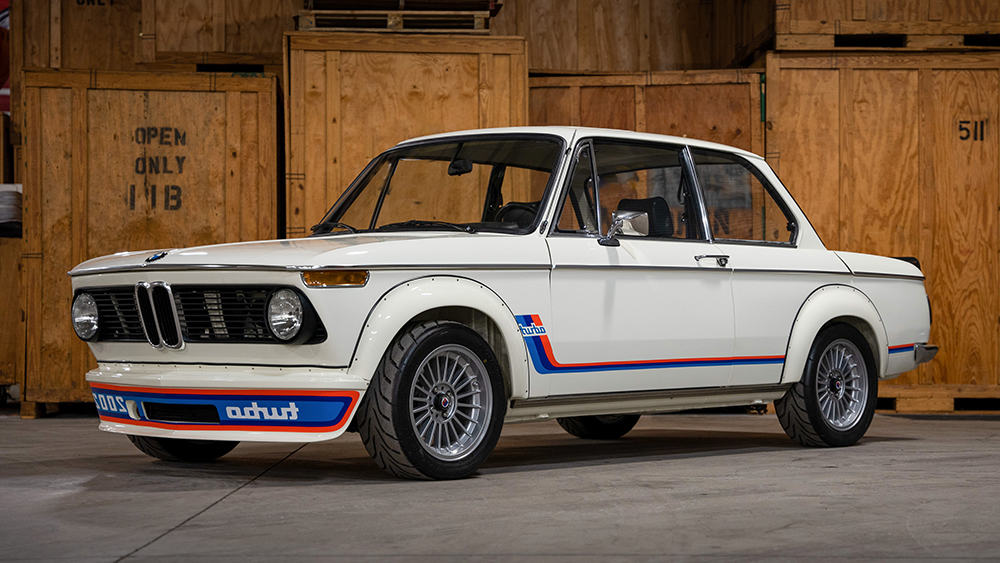 The BMW 2002 Turbo might have come in a tiny package, but it was a mighty racer, powered by a 2.0 liter M10 inline four engine capable of unleashing 170hp and 181ft-lbs of torque.

It was the first ever turbocharged production model for BMW, a high performance variant of the stock model, and came with specially made 13″ wheels, front and rear lips, and fender flares. It was a tiny machine that could compete with the best of the best.

One in good condition today can reach a six figure price tag. 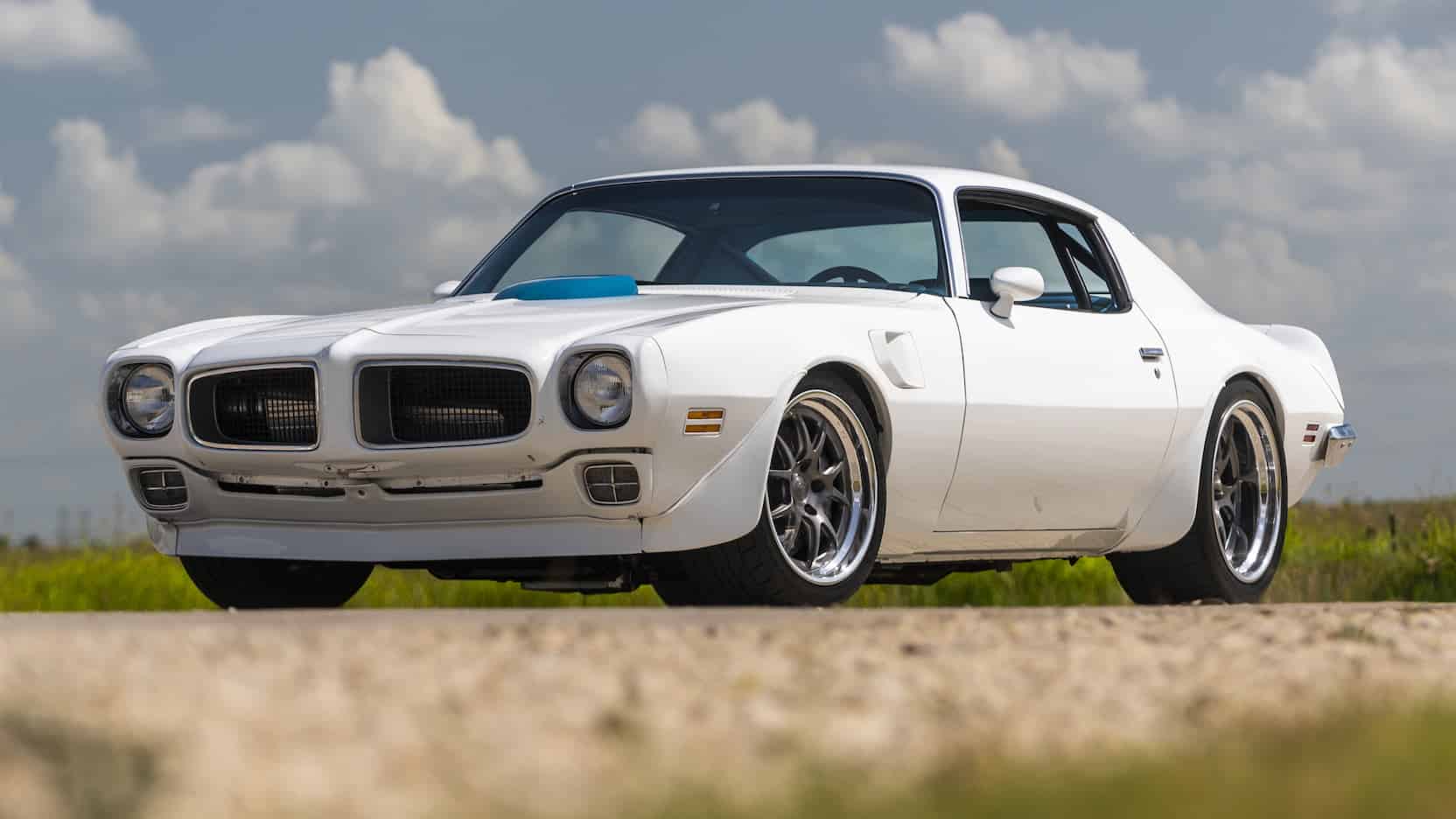 The second generation Pontiac Firebird Trans Am was a fascinating machine. Produced between 1970 and 1981, it featured a beasty 7.5 liter V8 as top spec and a styling that no one could ever forget once they saw one.

It’s a car that has that American blood in its veins, also made famous by its appearance in the film Smokey and the Bandit, in 1977. 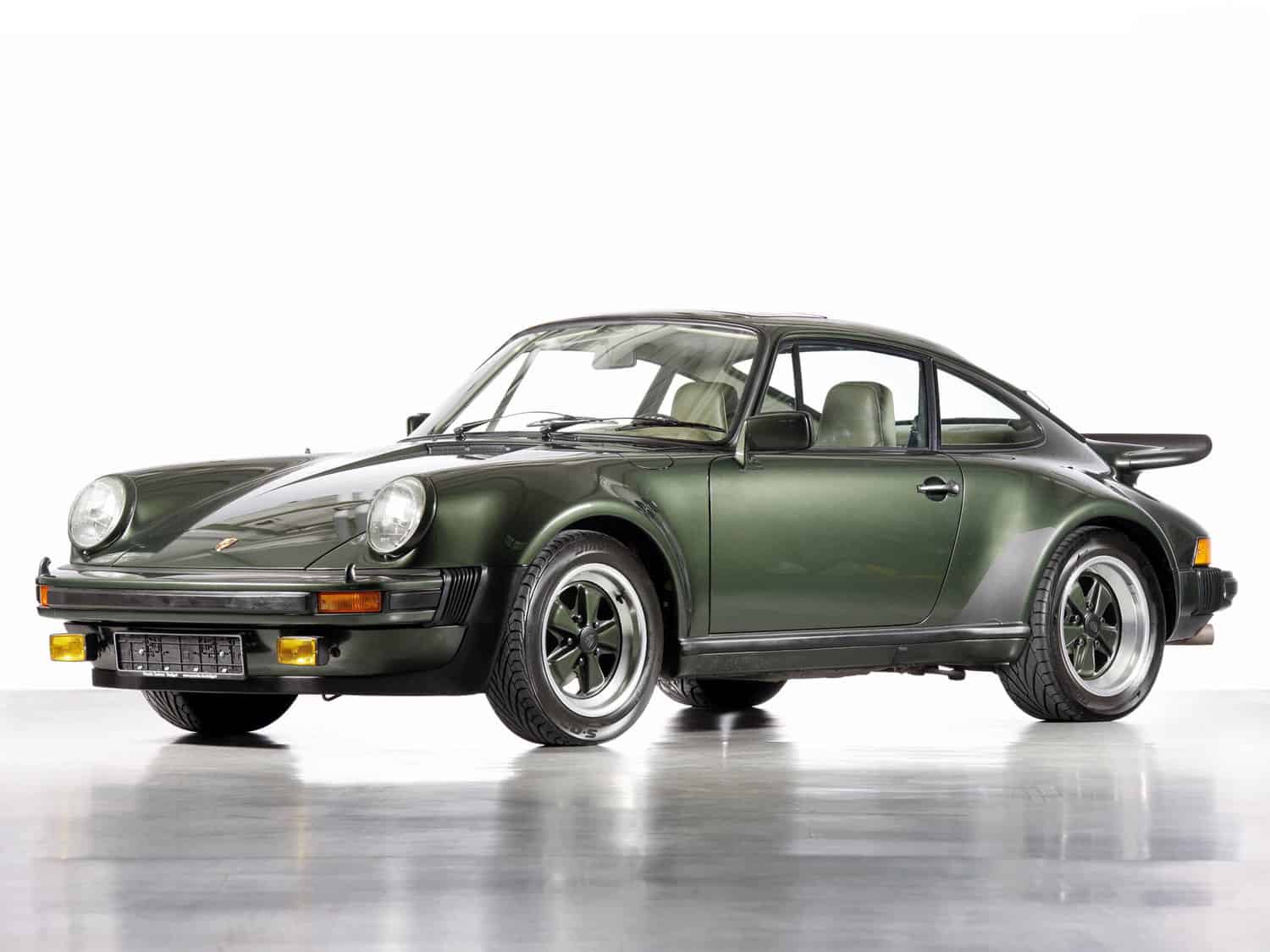 Also known as the 930 Turbo, the turbocharged version of the Porsche 911 was revealed in 1974 at the Paris Motor Show, and once it was unleashed on the streets, it became clear it rivaled the Italian supercars of the era, with a 0 to 60 mph run in only 5.1 seconds.

It’s also the best looking Porsche 911 ever, and a very sought after one even today, after so many decades. The 911 Turbo came with plenty of performance, and a stunning whale tail that became a 911 signature feature. 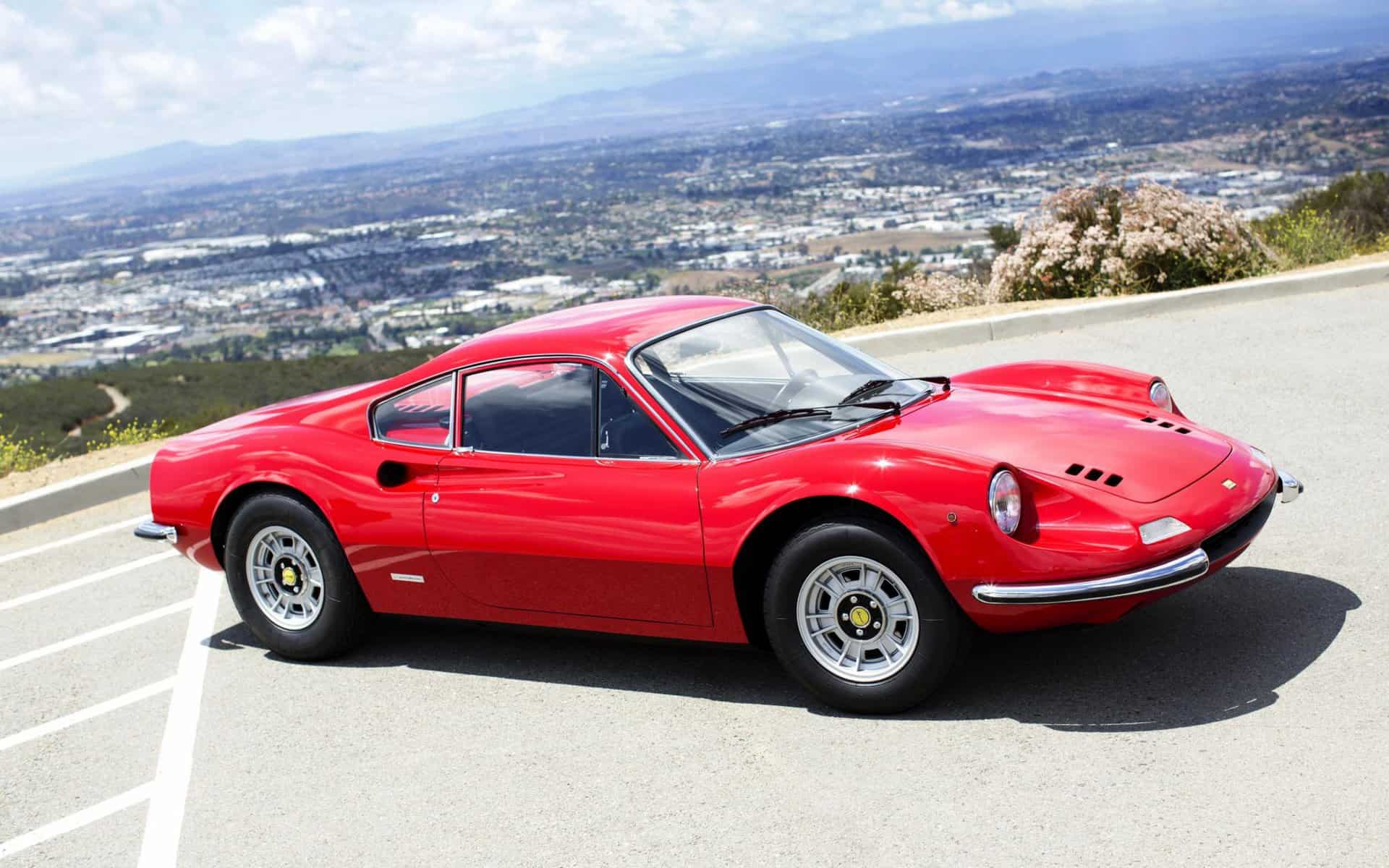 Though made by a sub-division of Ferrari and viewed as the black sheep of the family for a long time, the Dino 246 GT was a groundbreaking sports car and among the most beautiful in the automotive history.

It had a huge commercial success, since it came out in 1969 and until it was retired from production in 1974, with a high demand even afterwards. 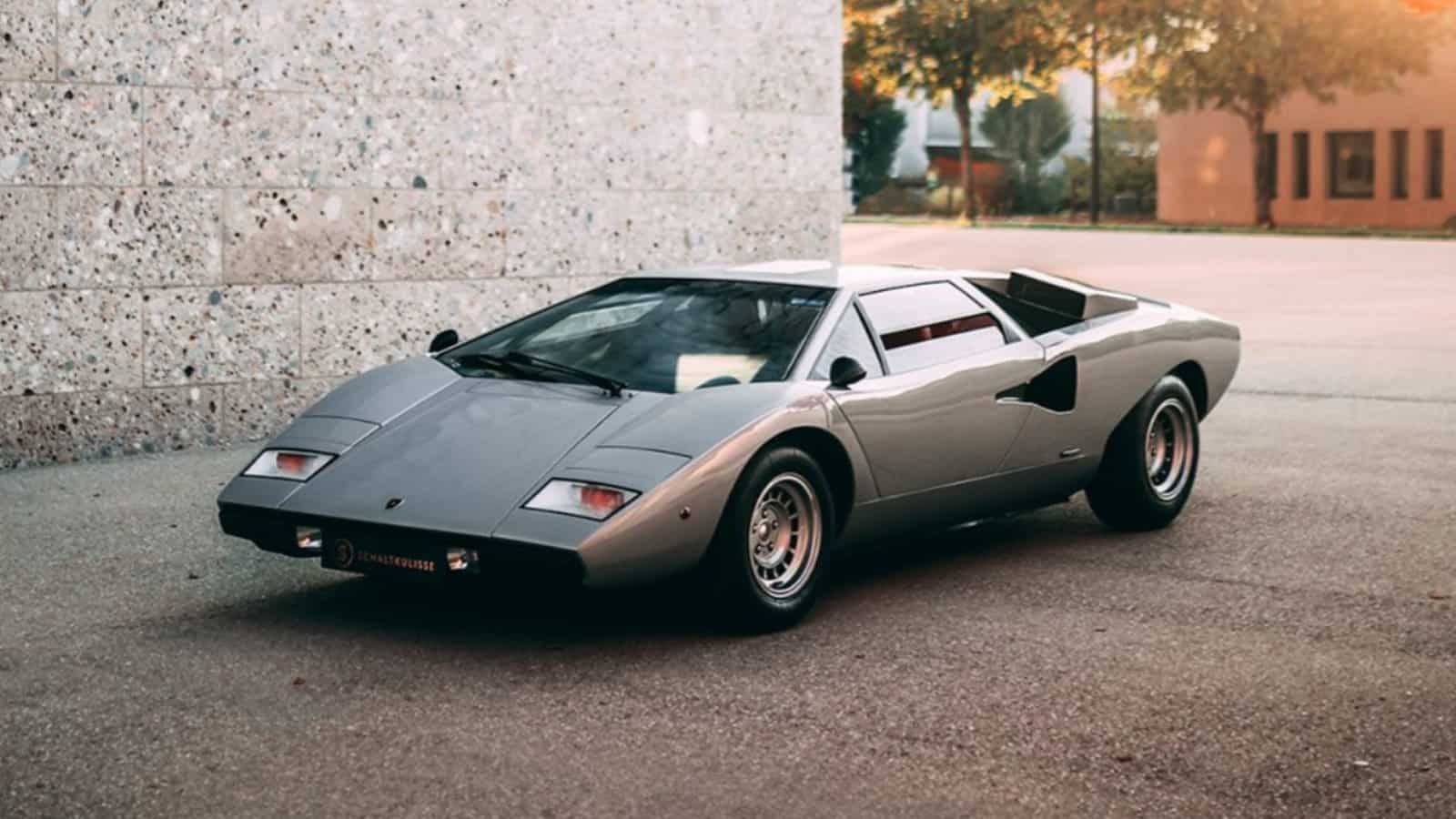 One of the most iconic Lamborghinis to ever come out from the Italian supercar manufacturer, is the Countach, a marvel of 1970s engineering that spanned multiple decades, staying in production between 1974 and 1990.

It’s one of those cars than greatly influenced future supercar designs, with an aesthetic never before seen. The exotic bodywork of the Lamborghini Countach was so well-thought that the car looked fast even when parked. 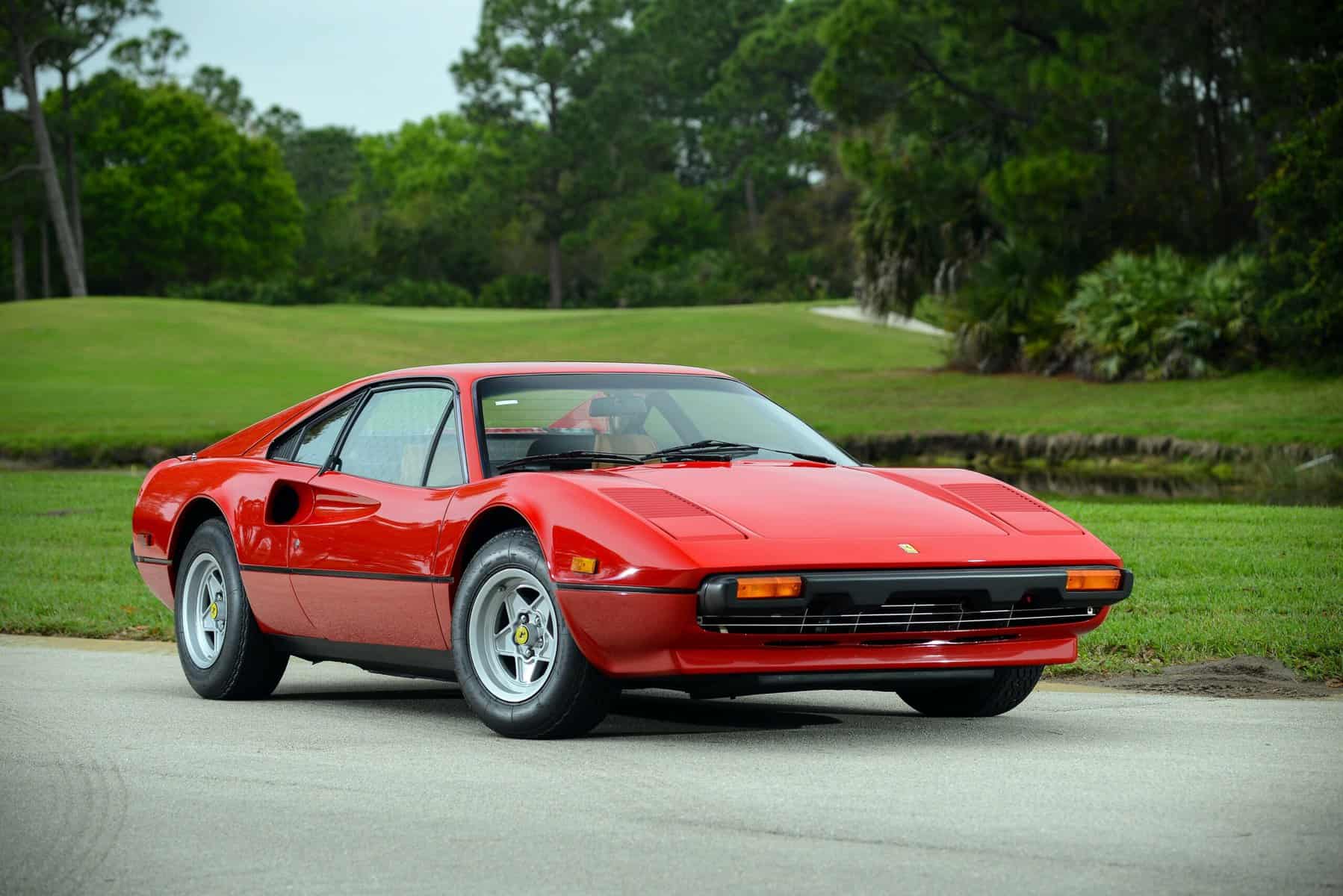 Probably the finest Ferraris that came out that decade, the 308 GTB Berlinetta and the Targa topped 308 GTS, the first launched in 1975, and the second in 1977, challenged everything, even the luxury automaker‘s lineage itself.

Sporting a mid mounted V8, instead of the usual V12, the Ferrari 308 GTB became the new paradigm for the prancing horse. It brought better performance, reliability, and fame.

But the 308 GTS with its Targa hard-top was the one to boost sales for Ferrari, especially after being made famous by Tom Selleck in Magnum P.I.

There probably isn’t a better period in the history of the automobile, at least not in the great innovations and technological leaps that were seen during the 1970s.

And the cars that this period brought to the world are unlike anything that came before, setting a trend for all the automotive industry to follow.

These 20 cars from that era will stay in the hearts of automobile fans for decades to come. Have you seen our post with the best 1960s cars as well?