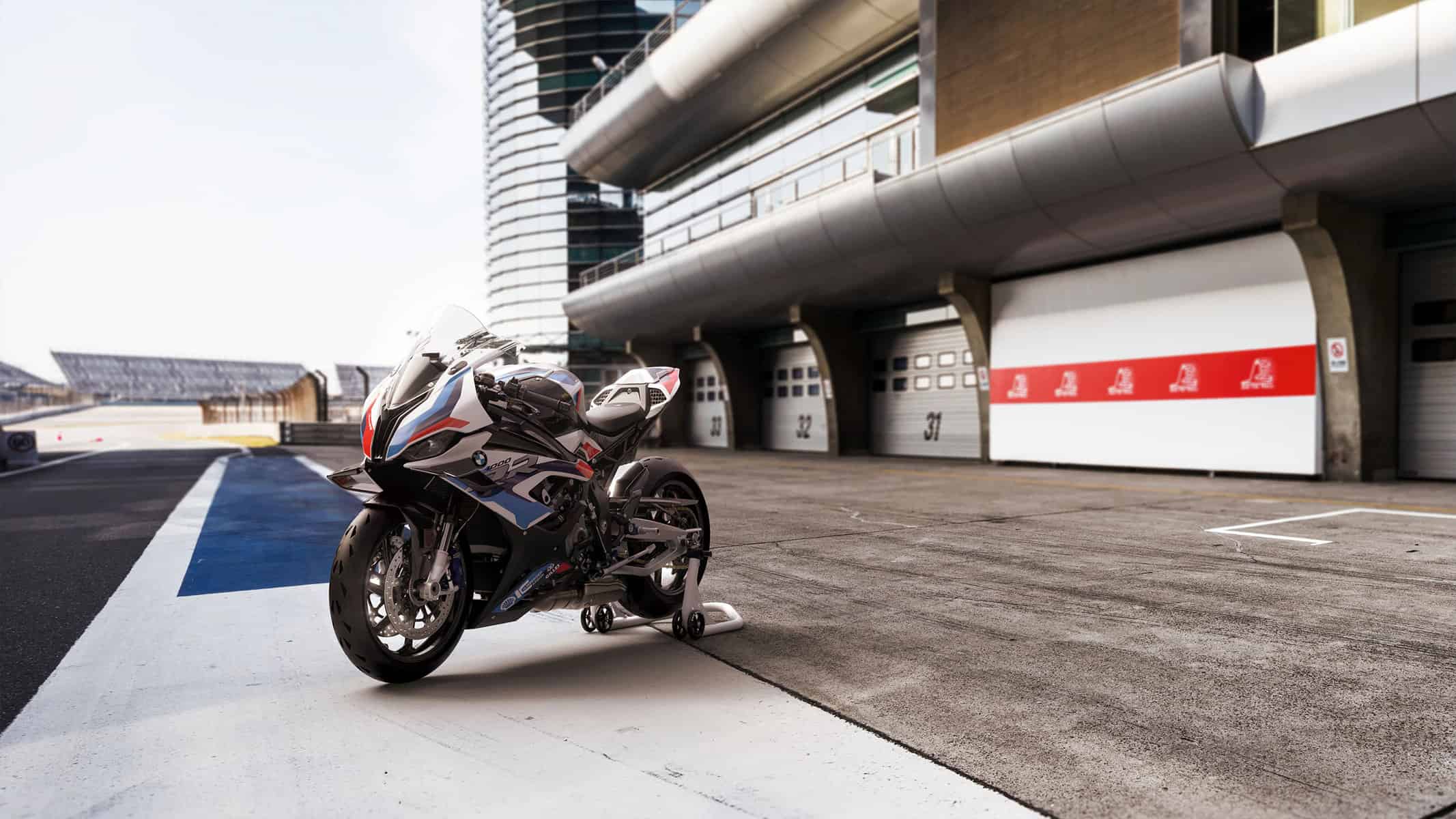 Man’s desire to go faster is as old as himself. But that desire gets fulfilled more and more today, with the newest technological advancements, pushing road machines to speeds unimagined decades ago. And there’s no better way to get that feeling and thrill of going fast than on two fast wheels.

Superbikes have always represented that ultimate freedom, the blend of raw power and the thrill of being in the open, without the protection of a metal cage around you. And lately, they’ve become even better, as they’re the most technologically advanced motorcycles in the world, with high end features and components that have made their way on the city streets from their race bred counterparts.

While all motorcycles have advanced in more than a few ways, sports bikes have shattered speed record after speed record, making them better than any other vehicles.

Driven by the same curiosity that drove you here, we’ve put together some of the best sports bikes models that you could buy today to satiate that thirst for speed. 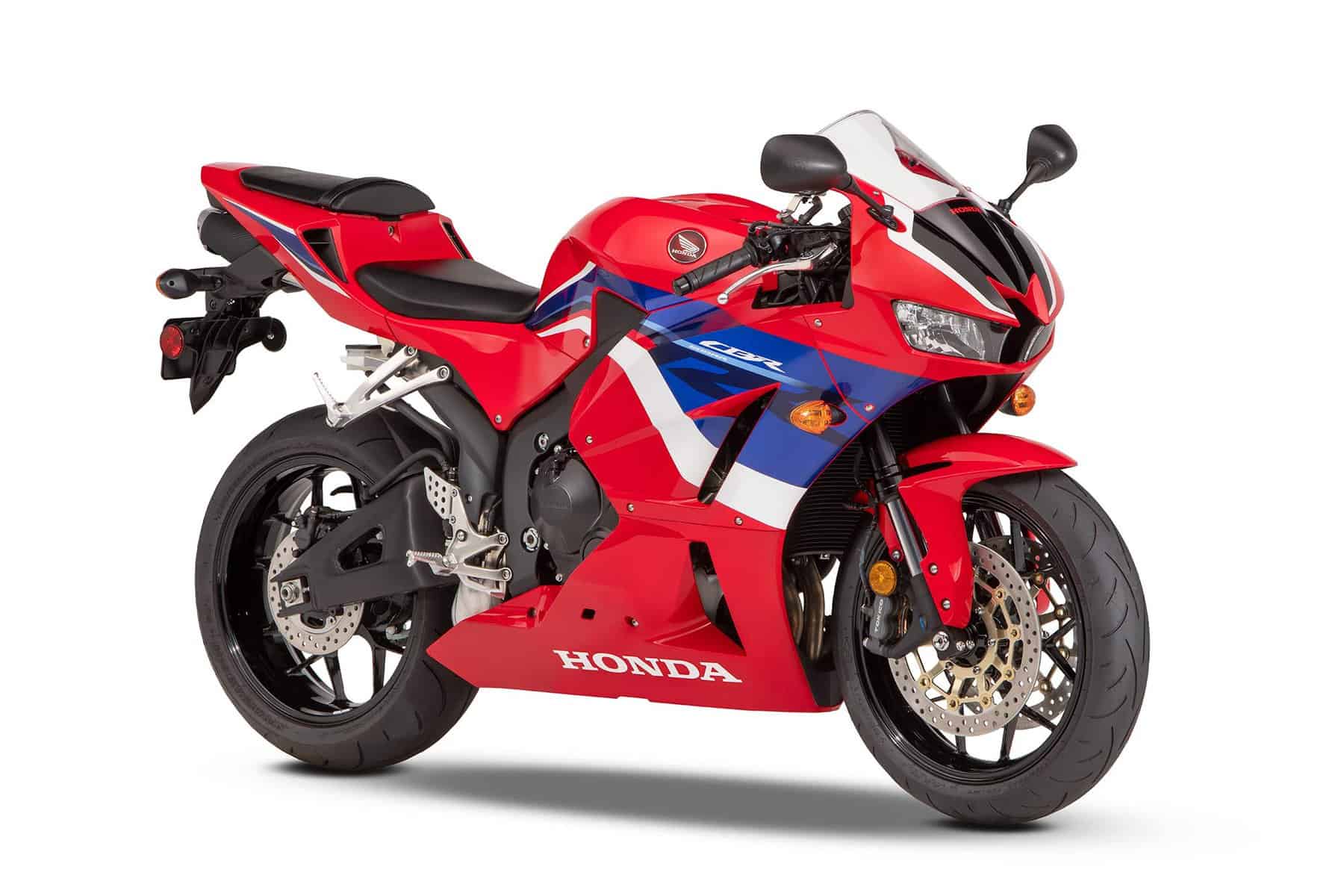 The Honda CBR 600 RR is one of the greatest bikes ever produced, with a just right engine size to fit most bikers, and enough performance to satisfy most people’s two wheel dreams.

Its 600cc inline four is very powerful, and the bike handles so well that it has become a staple of what sports riding means. The bike’s maneuverability inspires confidence, and the excellent brakes add up to that.

It’s no wonder why it’s so good, considering the many years Honda spent racing in both World SBK and MotoGP. 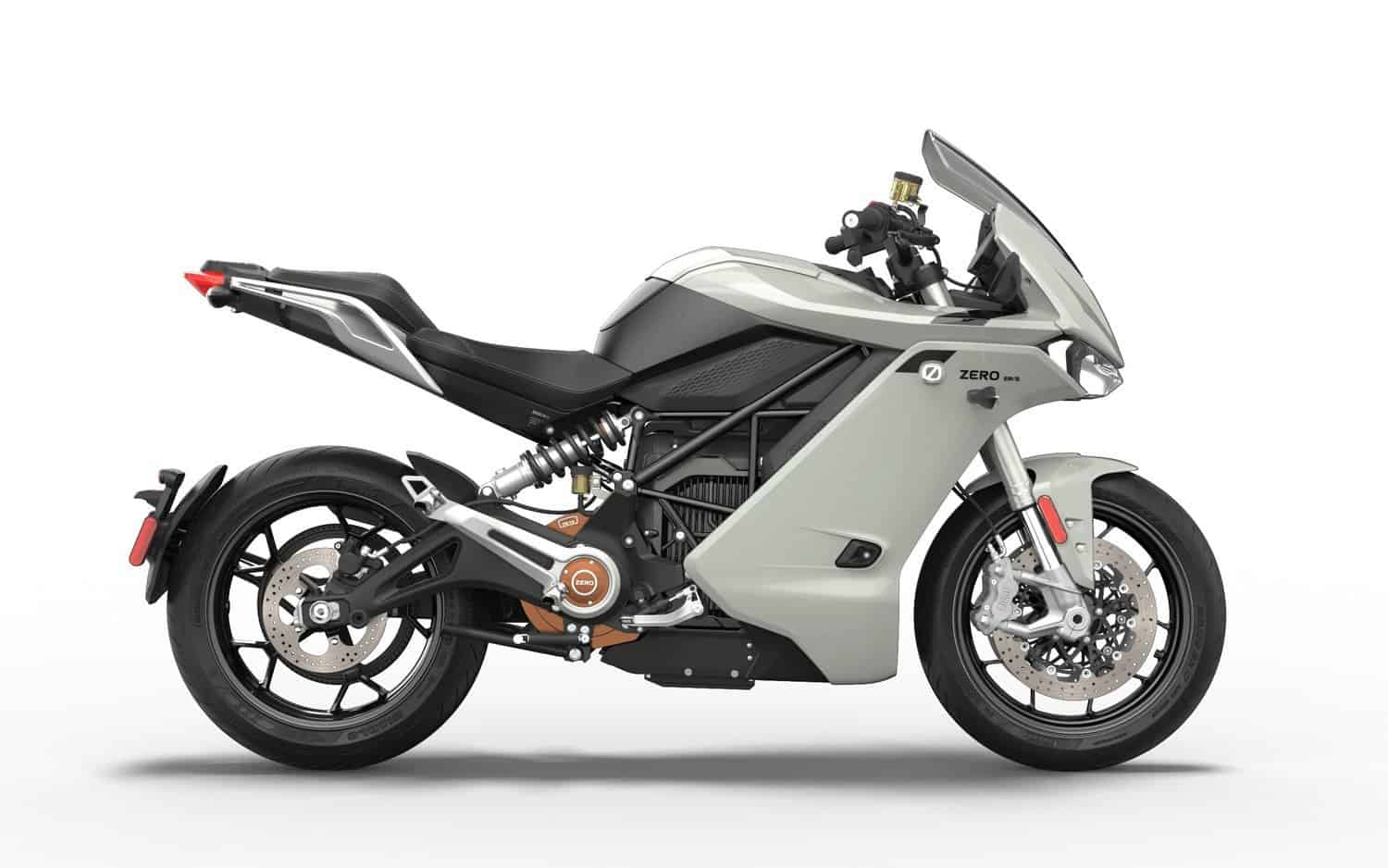 Though it may not be as appealing for some as the petrol-powered motorcycles, the fully electric Zero SR/S should be taken into consideration, as it delivers a lot. And then some.

Made by the California based EV outfit, Zero Motorcycles, the SR/S brings to table 110 hp and 140ft-lbs of torque, which is more than enough for some good fun on the road.

The bike is capable of a 200 mile range, can be fully charged in less than an hour, and has a very comfortable riding position, making it a good choice as a daily use bike, and not only as a fun in the weekend. 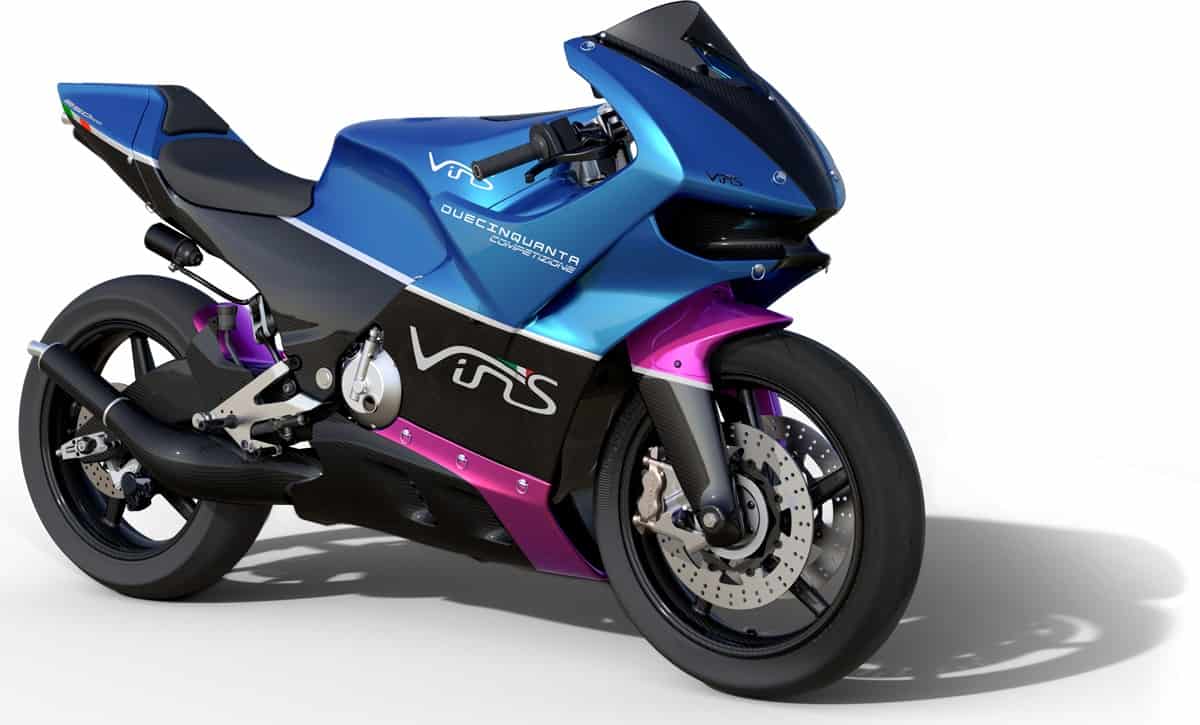 The Vins Motors Duecinquanta Strada, though not a very common name even amongst motorcycle lovers, has got plenty of figures which will impress anyone.

Before skipping to the next entry, think about the 130mph top speed, 75 horsepower, and an unbelievable 209lbs weight, translating to a 0.71hp/kg power-to-weight ratio, which means it’s an insanely fun bike to have, despite the small 250cc V-Twin. 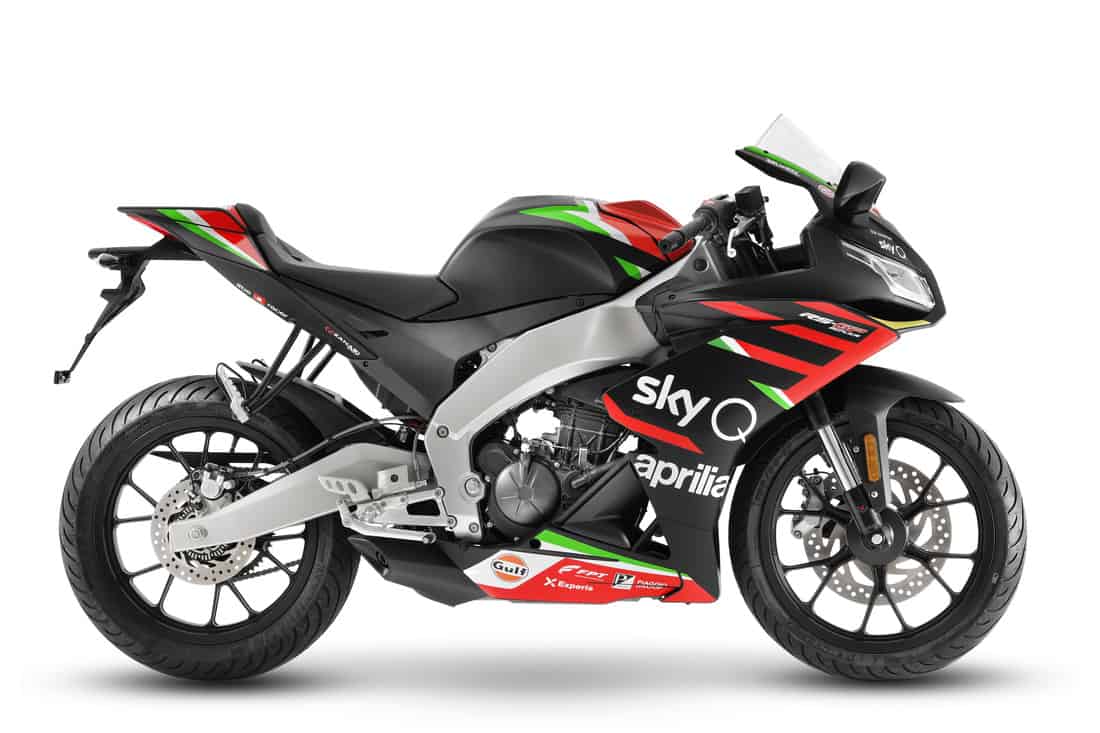 Another small displacement bike, the Aprilia RS 125 GP Replica is one of the finest 125cc super sports out there. And it looks amazing in that race livery based on Aprilia’s RS-GP MotoGP bike.

The standard features include a quick shifter and the monoposto tail cowl, while performance specs show 14.75hp and 8.26ft-lbs of torque, and a top speed of 70mph. 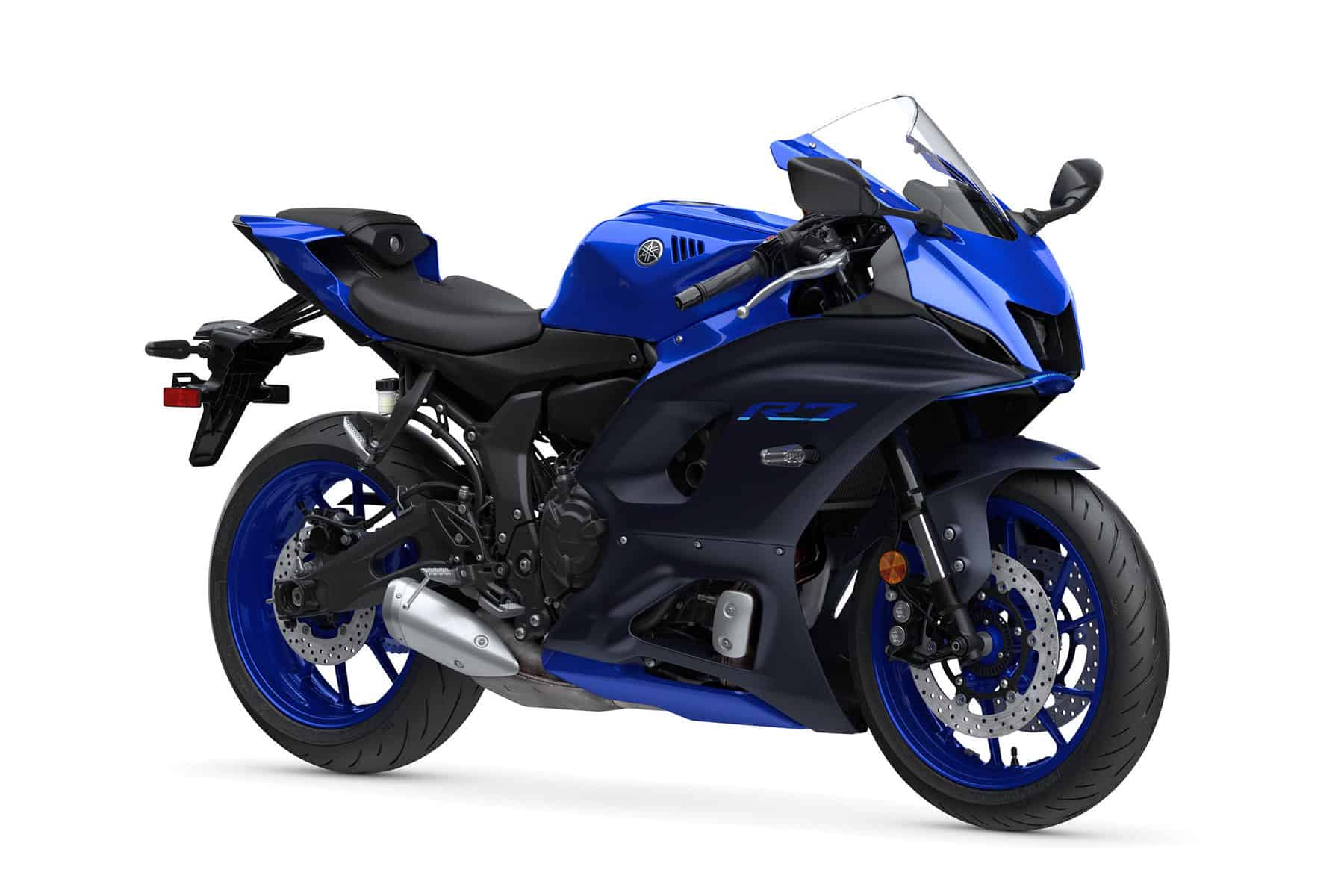 The Yamaha YZF-R7 was born from the Japanese motorcycle brand‘s desire to make a more street friendly and practical superbike, which in all their race track purity, they don’t do very well on the city streets.

The YZF-R7 was thus built on the tried and true MT-07 parallel twin platform, with the bodywork from the YZF-R6 model, resulting in an overall better package, with an engine that works amazingly well on the street, without losing the sporty manners of its race track only counterpart.

But probably the most interesting thing for many is this bike’s price, which is around $9,000 only. 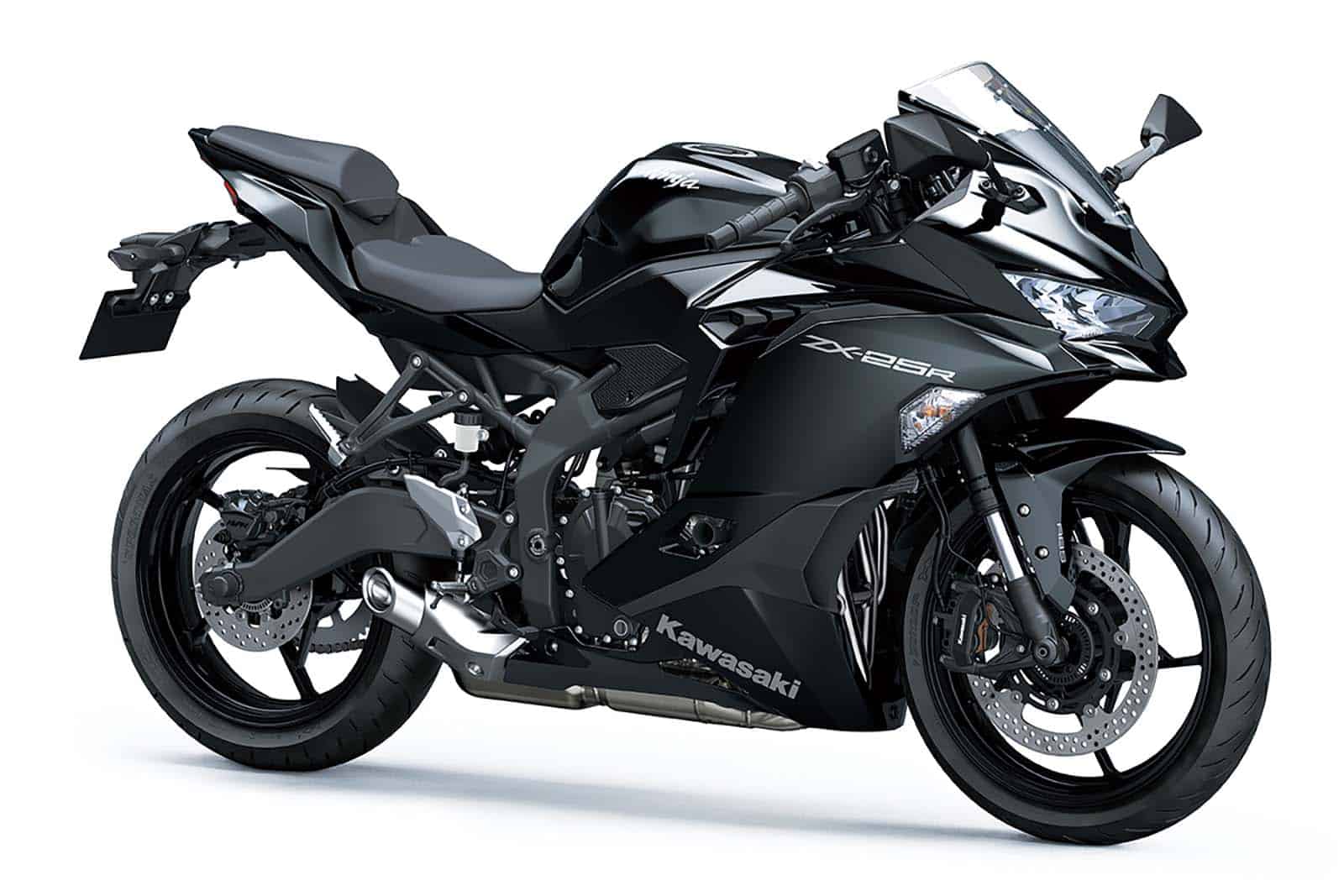 A small displacement bike from Kawasaki, but one that wears the Ninja badge, the ZX-25R is still rising to the fame of its bigger brothers. The 250cc inline four reaching a whooping 17,000 rpm, paired with a fair weight of almost 400lbs, is something you should consider fast, agile, and fun.

The Ninja ZX-25R is a superb looking bike that despite having a small engine capacity, has kept the character of a big bore superbike. It’s capable of 43.5 hp and 15.6ft-lbs of torque, and a top speed of 117mph.

As the Yamaha above, the very good thing is that you could have it for around $8,550. 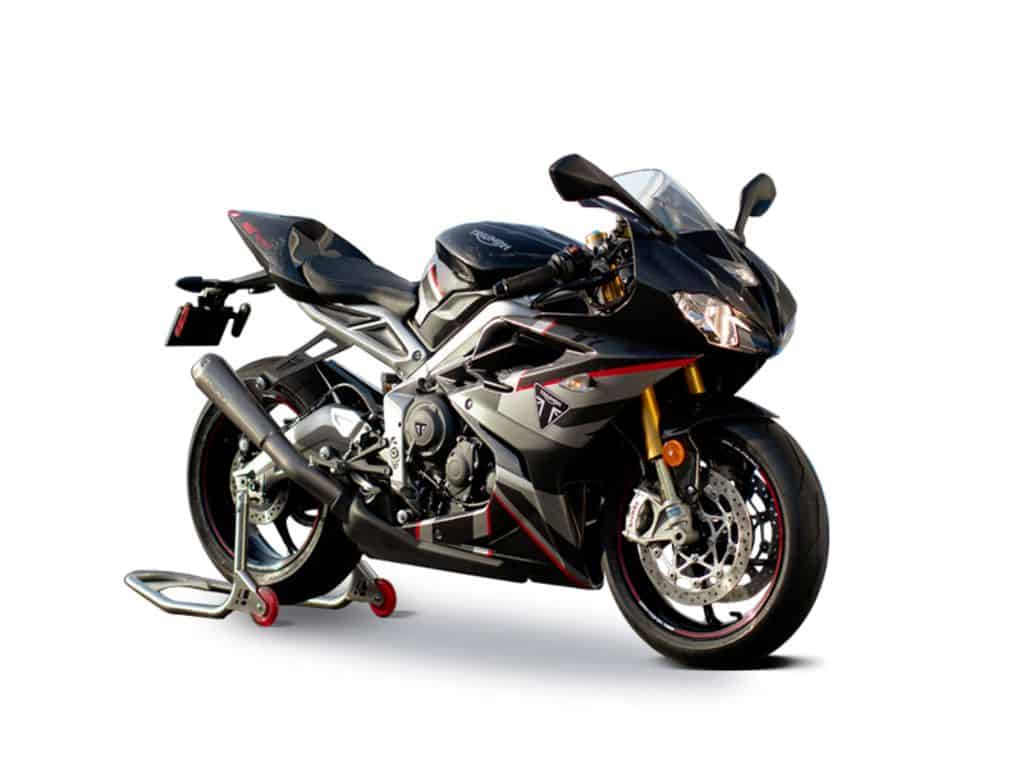 When thinking about superbikes, most of us don’t think Triumph as one of the better names out there, but they’re no less than impressive, especially with their new Daytona Moto2 765.

The 765cc inline three British bike has all the reasons to impress both on track and on the street. It’s a street legal version of the brand’s Moto2 bike, but with some updates to the bodywork, plus all the modern gadgets and electronics a bike like this needs to be top notch. 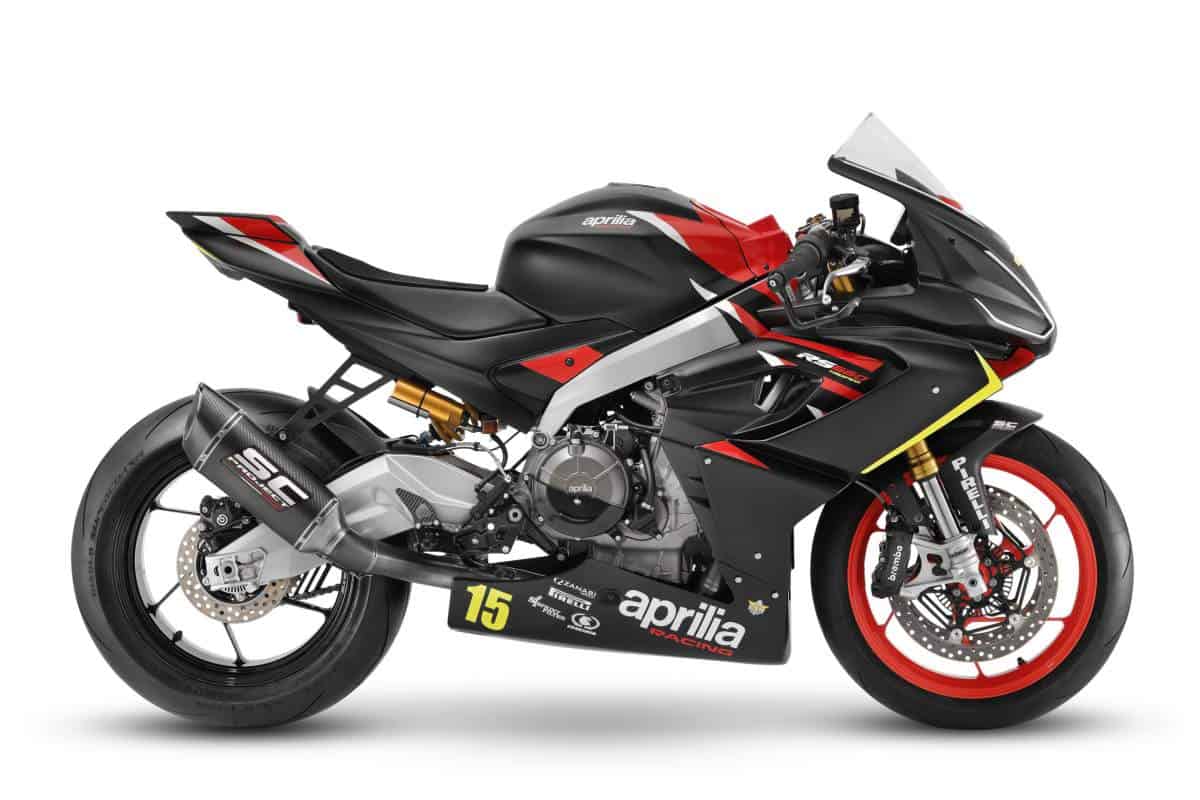 The track ready supersport beast from the Italians at Aprilia, the RS660, is a wonderful result of the brand’s many years of experience of racing in the two top tier motorsports categories.

The 100hp produced by the 660cc engine might no sound like much when compared to other rivals out there, but this is an insanely good street rocket with sharp handling, and one that gives the chance to novice riders gradually build up their skill in a relatively safe manner.

The bike’s safety systems are impressive, which is why is a good choice for beginners as well as intermediate riders. 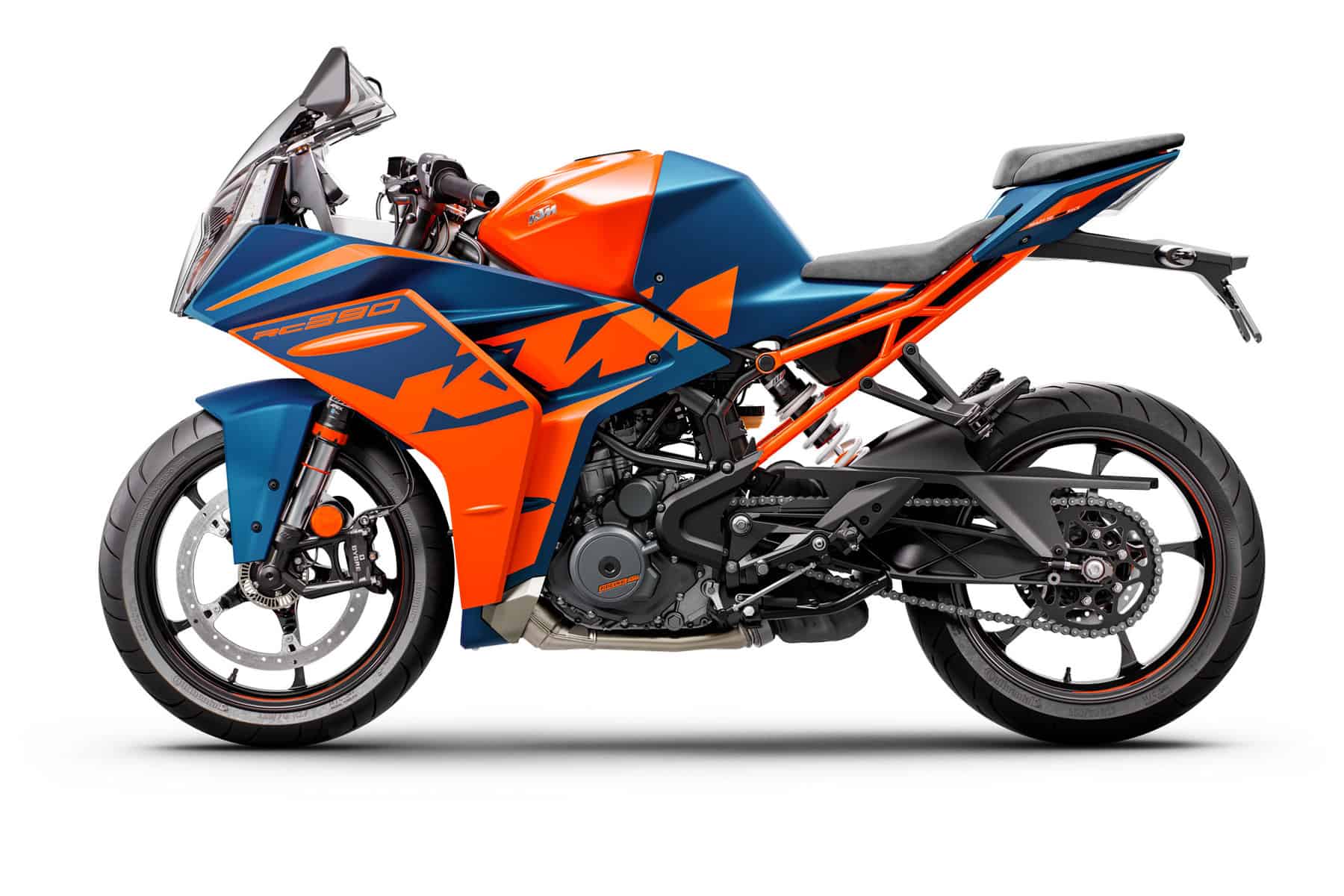 The KTM RC390 comes with several nice updates over the previous version. The visual features have been redesigned, the powertrain revised, and the chassis, well, that is completely new.

The RC 390 is a high performance two wheeled machine, and its 373cc single cylinder engine packs quite a punch, but at the same time, the bike is forgiving, which allows novice riders to learn from some of their mistakes.

Despite having one of the lowest prices on the market, at just under $6,000, the RC 390 comes with plenty of top notch features. There’s a slipper clutch, quick shifter, WP APEX suspension, traction control, cornering ABS with supermoto mode, LED lighting, TFT display, and smartphone connectivity through the KTM MY RIDE app. 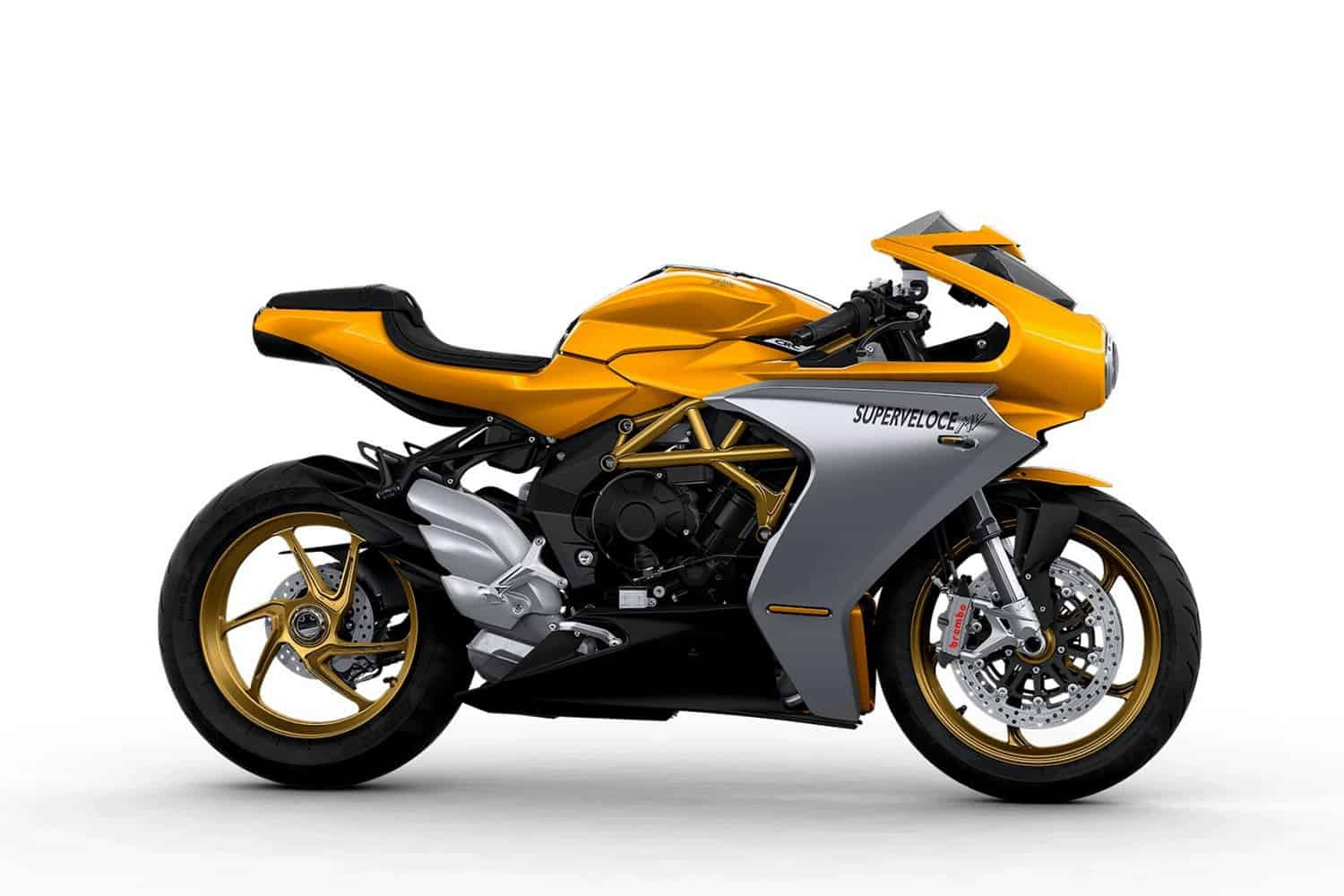 It’s retro and it’s good looking. One of the best looking sport motorcycles on the market, actually. And not only that, but it’s quite capable as well. The MV Agusta Superveloce 800 is a stunning machine, capable of 147 horsepower and a top speed of 149mph.

It’s built around the successful F3 800 platform, and comes with a trellis frame and a single sided swingarm, plus all the modern bells and whistles while keeping that vintage GP look. 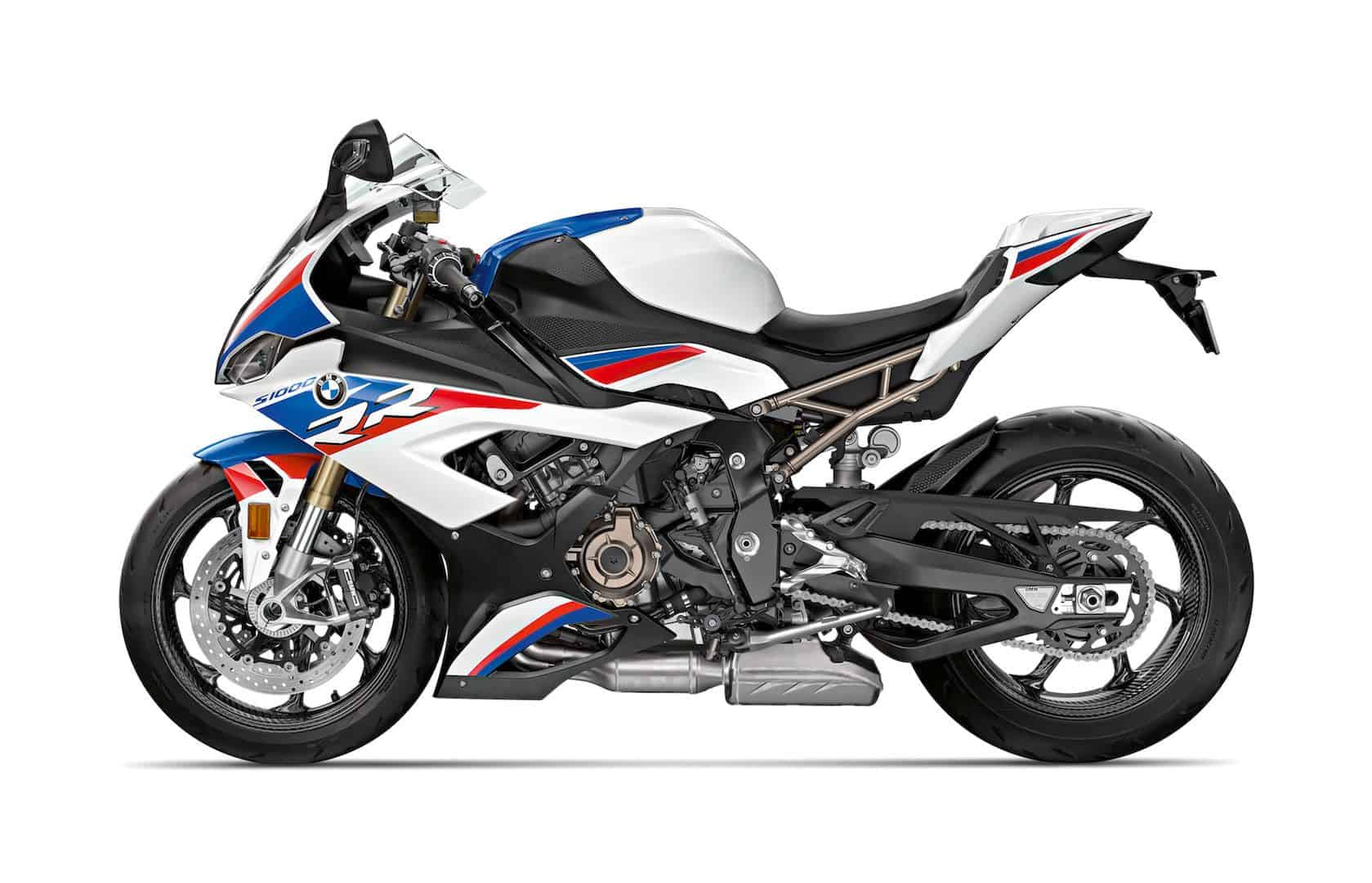 The BMW S 1000 RR is easily one of the world’s most stunning bikes. It impressed everyone when it was first released, and it impresses now with its latest reincarnation. 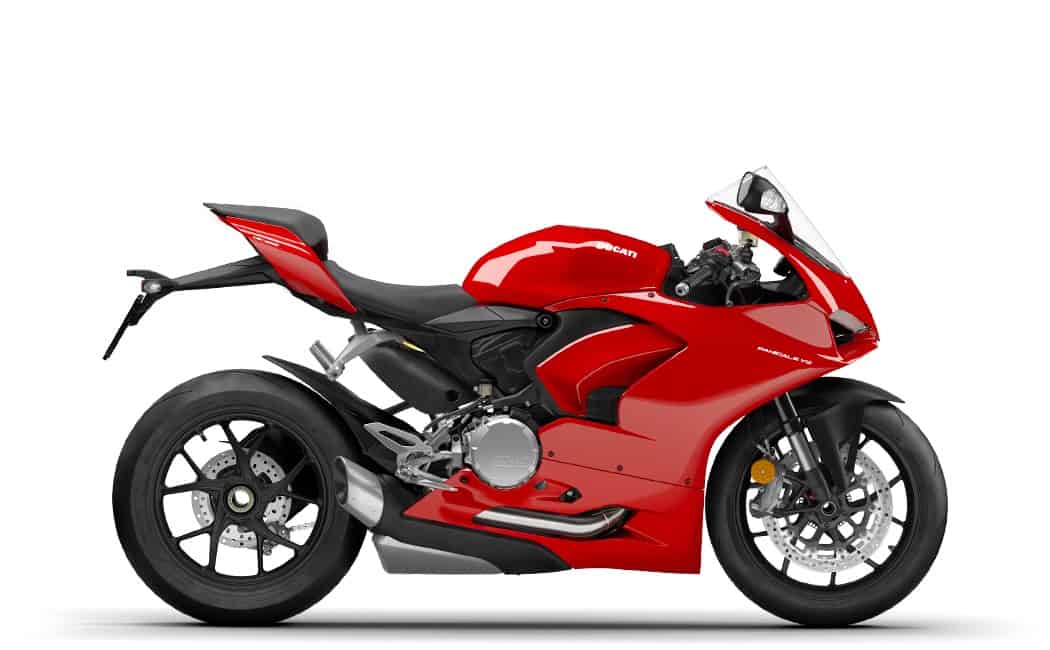 Before the Panigale V4, there was the Ducati Panigale V2, powered by a 955cc superquadro V-twin with 155hp. The bike’s silhouette is slimmer than its latest sibling, and comes out a little bit lighter. 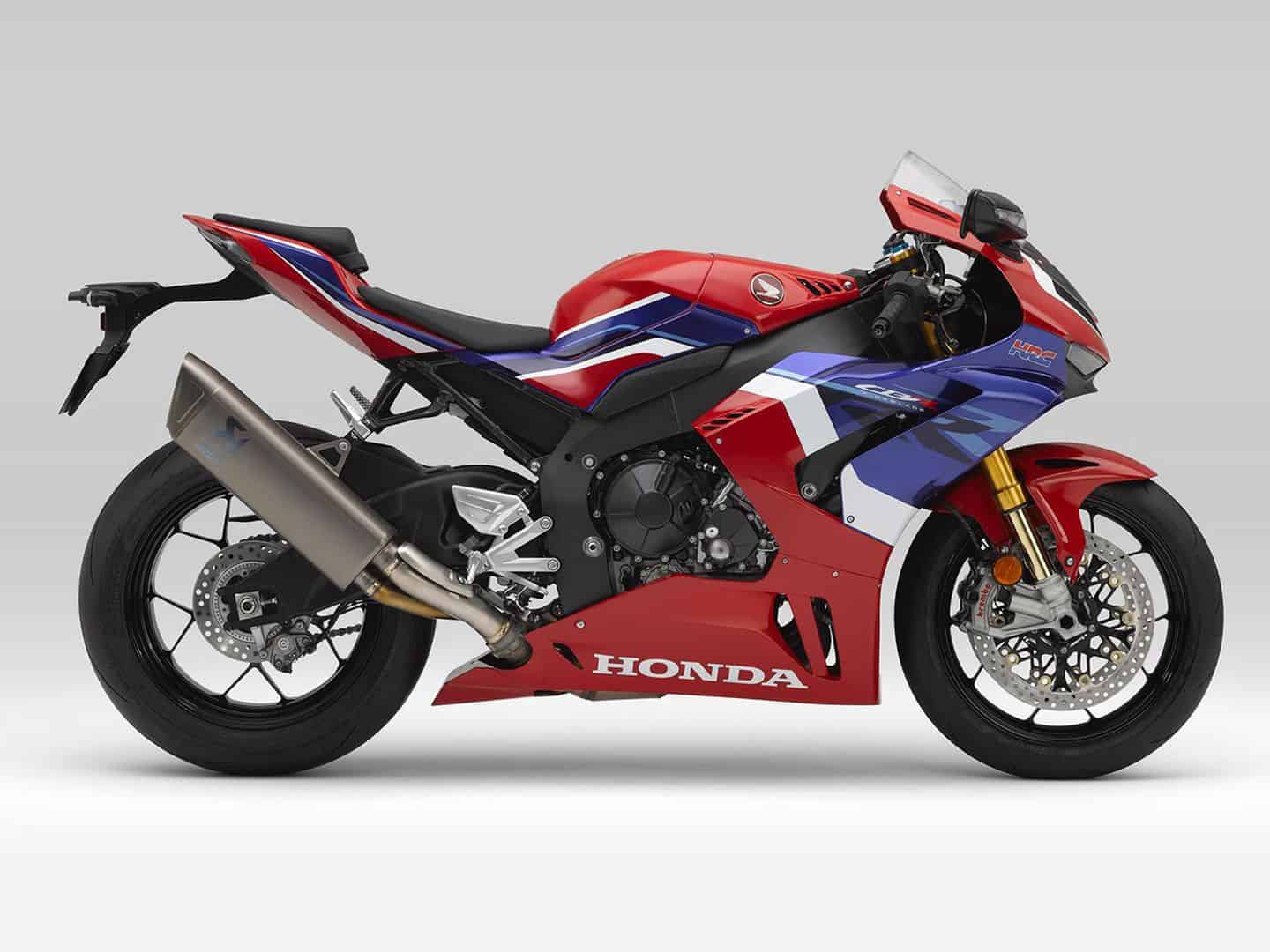 For a long time, Honda was a staple in the supersport and superbike classes, and their bikes were unbeatable by their competition. At some point though, something happened and they fell behind.

Recently, they managed to change that again and come back to the top, and their CBR 1000 RR-R Fireblade SP proves it.

The new Fireblade is a high end piece of technological art, boasting some of the best features a race bike could have today, among which a top notch tech package, an 189hp 999cc inline four, and a modernized bodywork with winglets for improved aerodynamics. 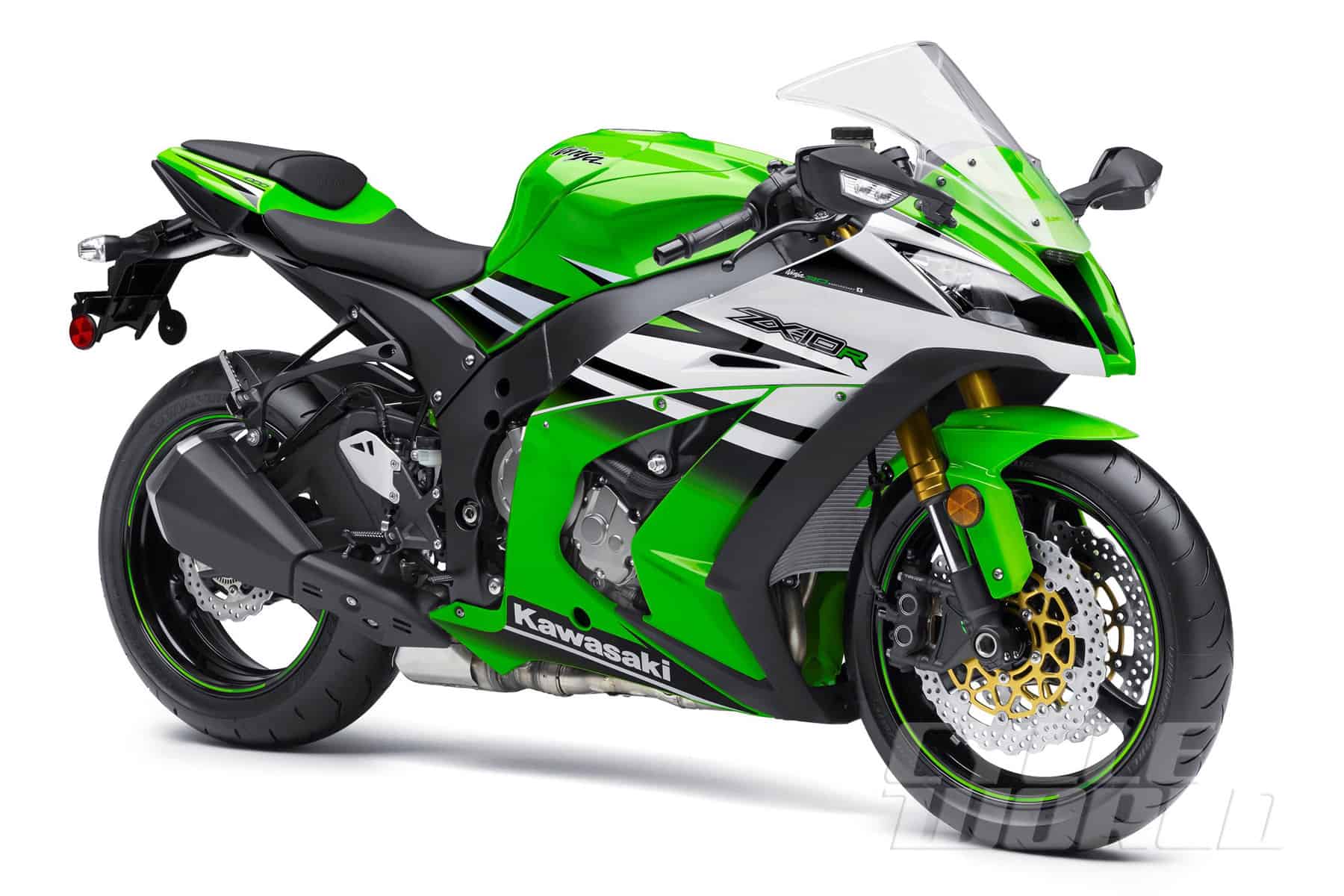 The newest model of the Kawasaki ZX-10R comes with some of the best updates that their R&D team could have taken from the race only ZX-10RR model.

The bike’s got the 6 axis IMU, the Kawasaki Intelligent ABS unit, quick-shifter, adjusting electronic throttle valves, and a reworked cornering management system which makes the bike even better in the twisties, and a complete launch control system as standard.

What the launch control system does is keep the bike on the road when accelerating, preventing wheelies. 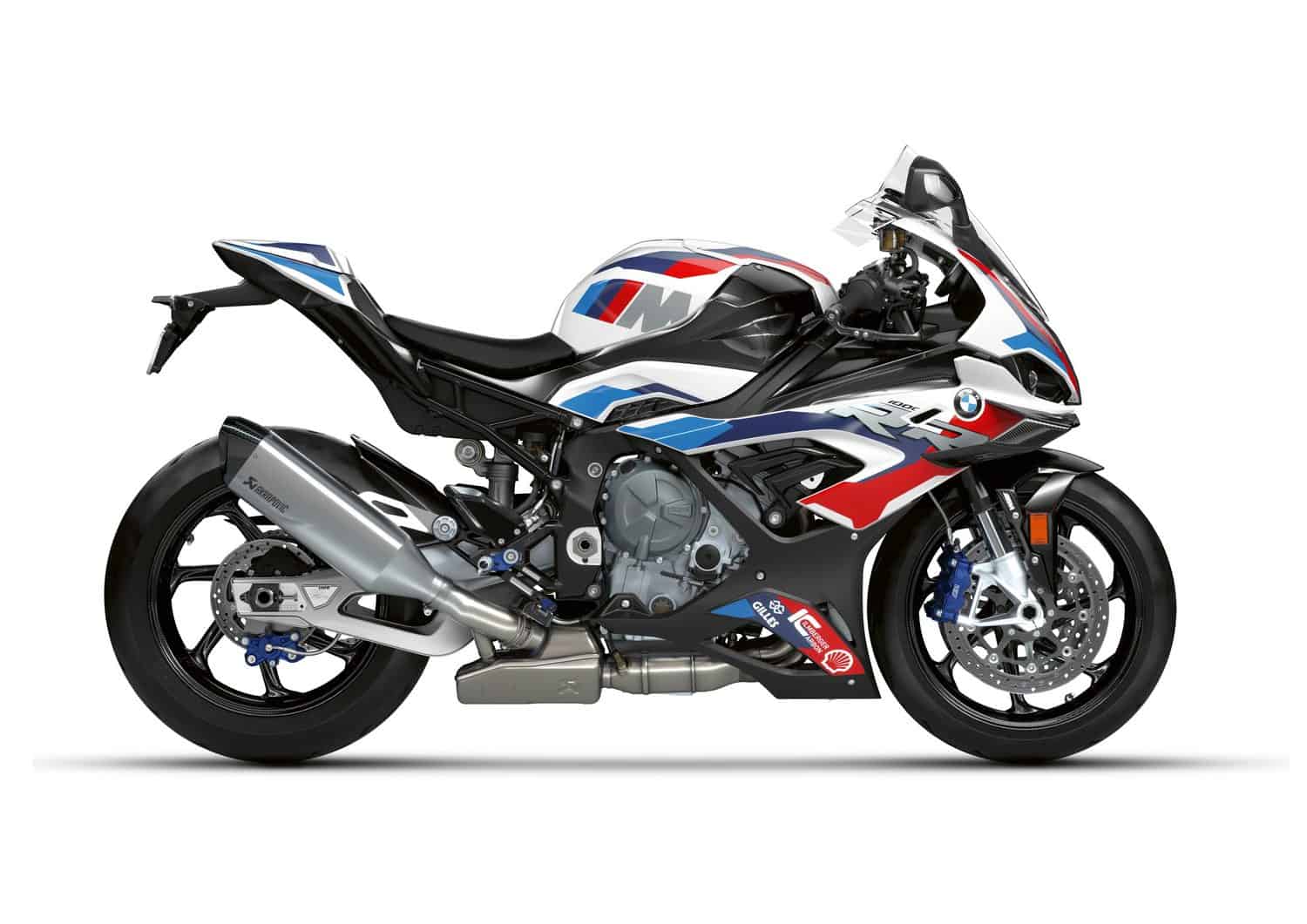 The better version of the BMW S 1000 RR, the M package, is the perfect example of the German wisdom and experience. The bike, already stunning, was taken a lot closer to perfection.

The M 1000 RR is the closest thing to the BWM race bikes in the World SBK championship, and fully street legal. 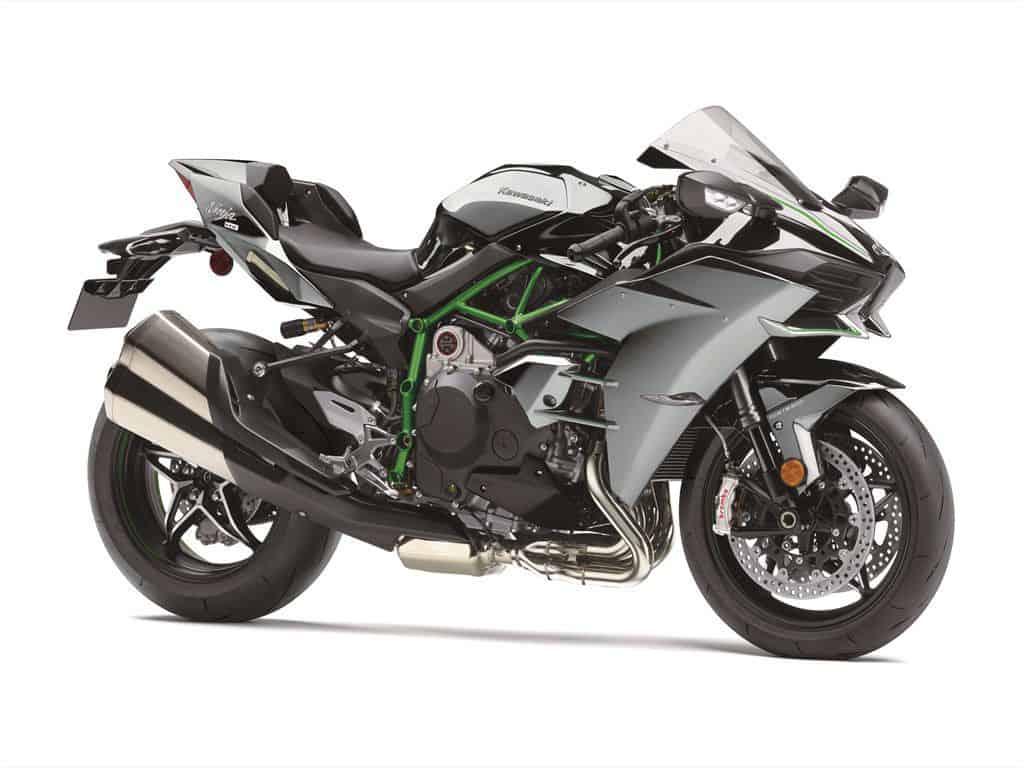 The more road friendly and street legal variant of the H2R track beast, Kawasaki Ninja H2 is one every biker’s minds these days, with its futuristic bodywork and impressive feats and records.

It features a supercharged 998cc inline four DOHC engine, with a whooping 200 horsepower, or 210 with ram air intake, and capable of a top speed of over 200 mph.

Having inherited much technology from its track focused brother, the H2R, which is the fastest production motorcycle today, the Ninja H2 boasts all the latest technological features. 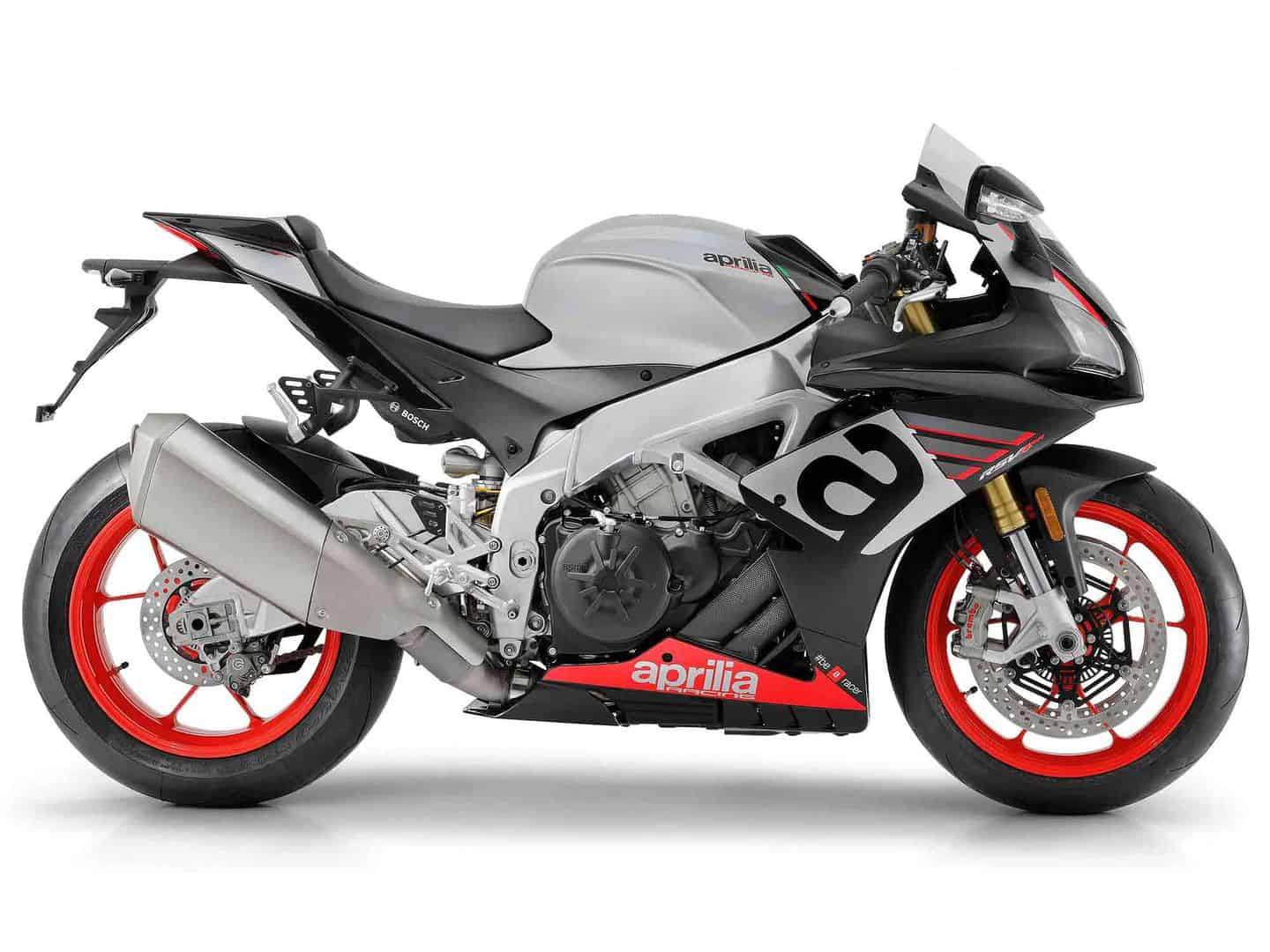 The experienced team at Aprilia knows what a true sports bike should look, feel, and ride like, and the RSV4 Factory 1100 is their best ever, a real road rocket with an amazing V4 engine.

Components are top shelf only, with Akrapovič for an exhaust system, carbon fiber components, forged aluminum wheels, tail cowl, plus one of the greatest tech packages available today.

The bike is well controlled through adjustable traction, launch control, wheelie control, quick shifter, and a display of the kind used in racing. 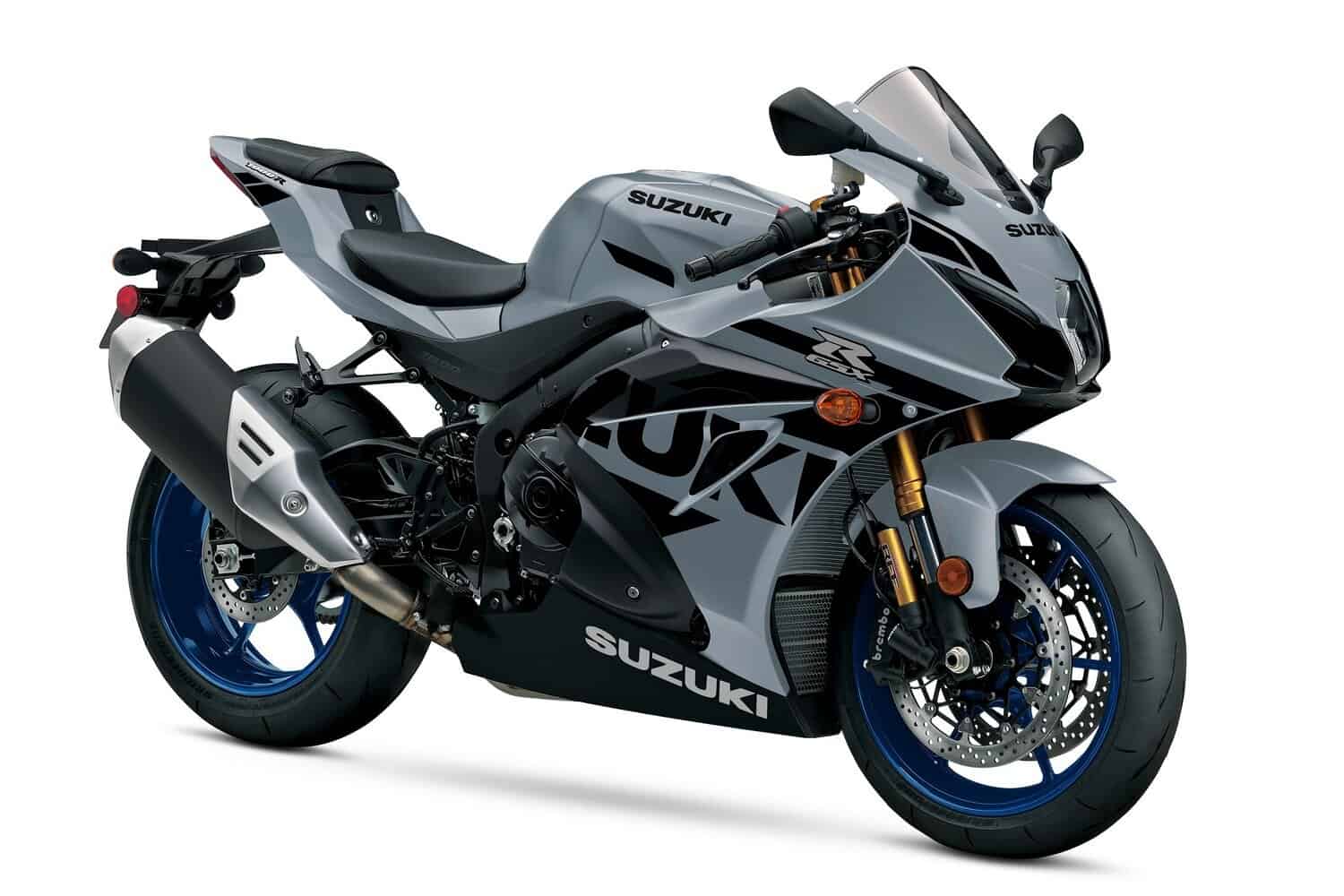 Another icon in the world of superbikes, the recently introduced Suzuki GSX-R 1000 R has already reached legend status, becoming one of the most potent motorcycles you could buy today.

What’s not to like about this bike? It even sells for almost half the price of a Kawasaki Ninja H2, which makes it a real gem. 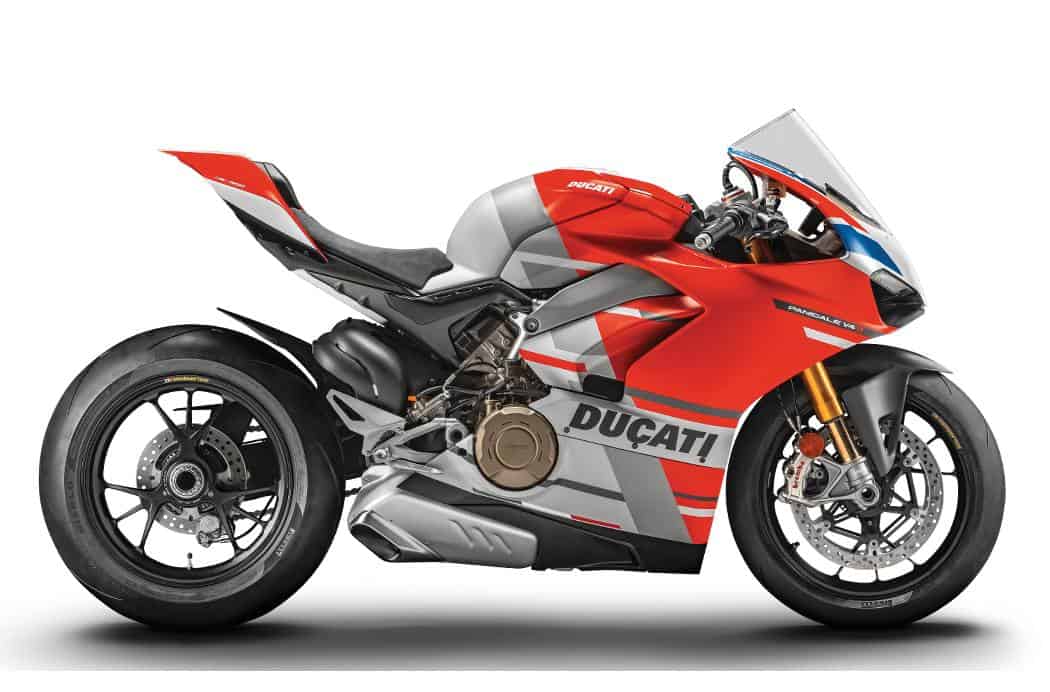 The Ducati Panigale V4 S is arguably the most beautiful Ducati motorcycle created so far, especially in that bright red body, and sporting those stunning design features.

The bike was derived from the brand’s Desmosedici GP MotoGP race bike, and benefits from their team’s experience in WorldSBK championships. It’s built with a super advanced chassis design, and an incredibly powerful V4 engine. It’s got a single sided swingarm, and an exhaust that stays within those stunning lines of the rest of the body. 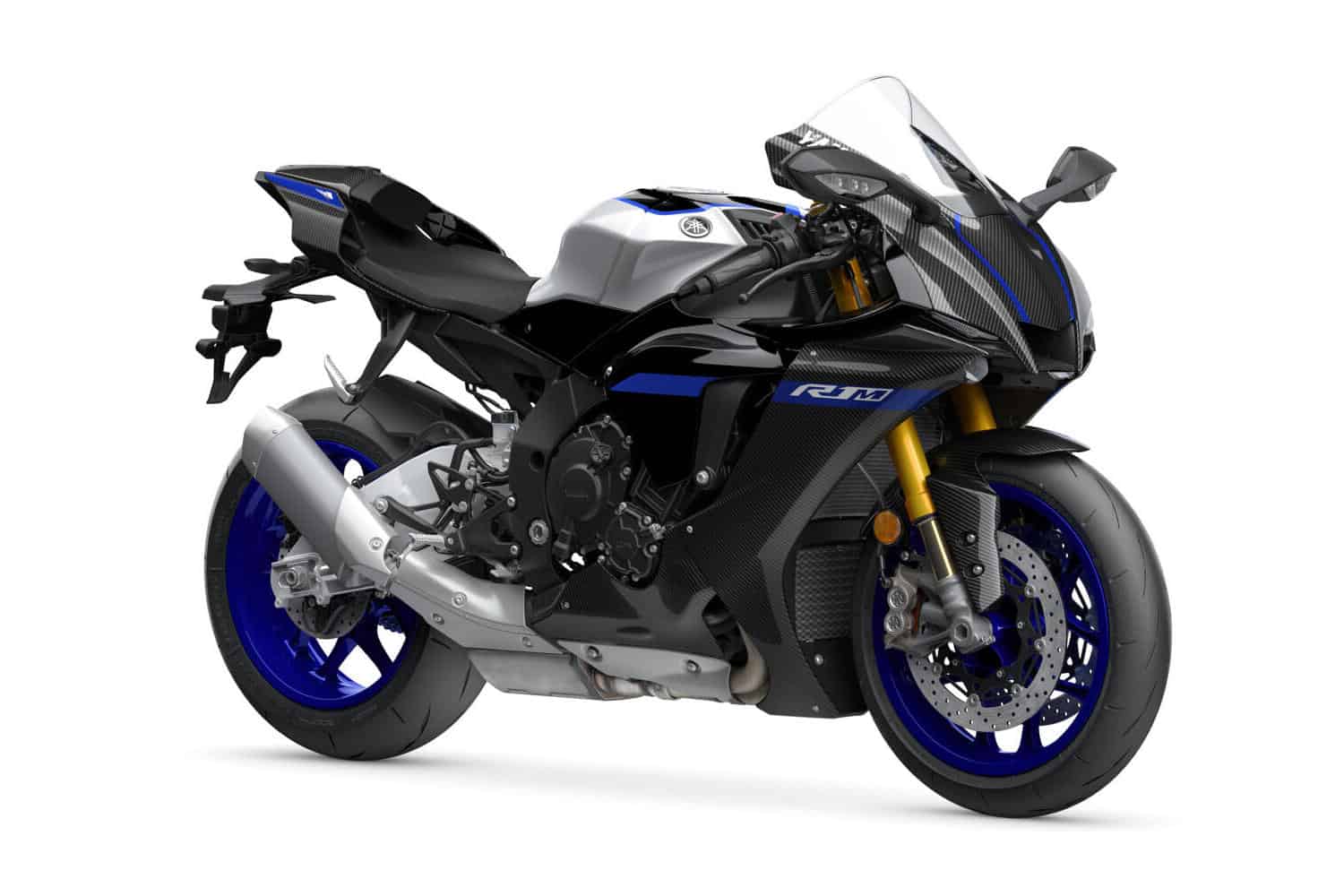 The Yamaha YZF-R1M is an incredibly impressive two wheeled race machine, but one that’s street legal, so you can have all the fun you want without being limited to the racetrack.

If you want to go fast on two wheels, these are the best options you’ve got available today. From small capacity and super lightweight road rockets to MotoGP derived beasts, your choice is yours, and it’s a hard one to make for sure. Which is your favorite sports bike?