20 Best Kit Cars You Could Build In Your Own Garage 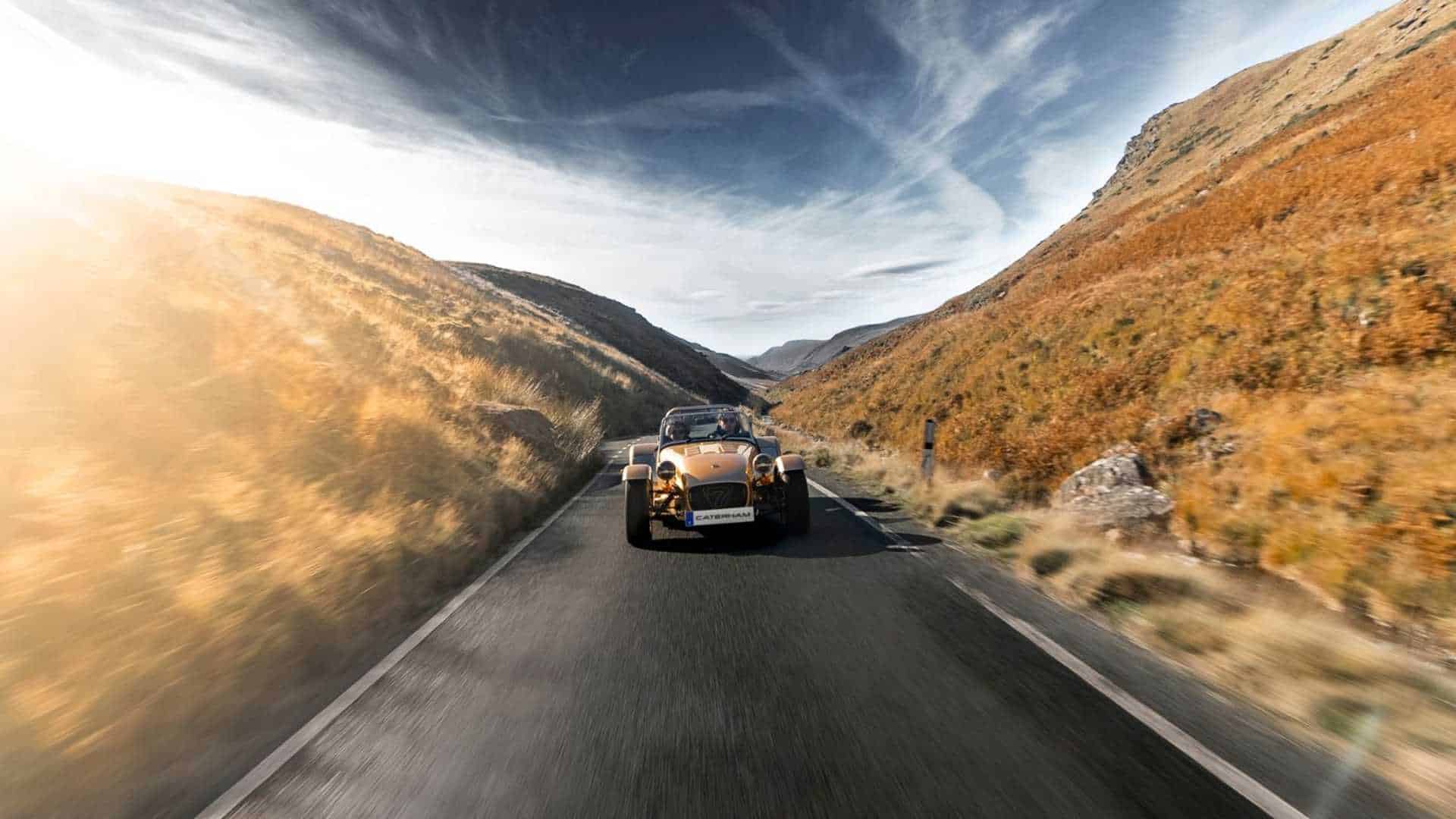 Buying your own car is rewarding, at least for a while, but building your own car brings a whole new level of accomplishment that’s unparalleled by owning any production car you might dream of.

There’s something special about building something from scratch with your own two hands, and if that something is a car that you’ll get to drive one day, the reward and satisfaction will exceed any expectation. And all you need is some money to buy a kit, time, and your very own garage. Or a friend’s. No special skills and no advanced tools.

When most people think about cars, they think about those built in huge factories by big car companies and sold for lots of money, but kit cars are an affordable way to create your personalized dream ride.

Kit cars have been around since the beginning of the automobile era, but have been mainly overlooked by the wide automotive community. Despite that, you can find a huge variety of options on the market to satisfy your hobby.

Let’s take a look at some of our favorite kit cars you could build in your own garage: 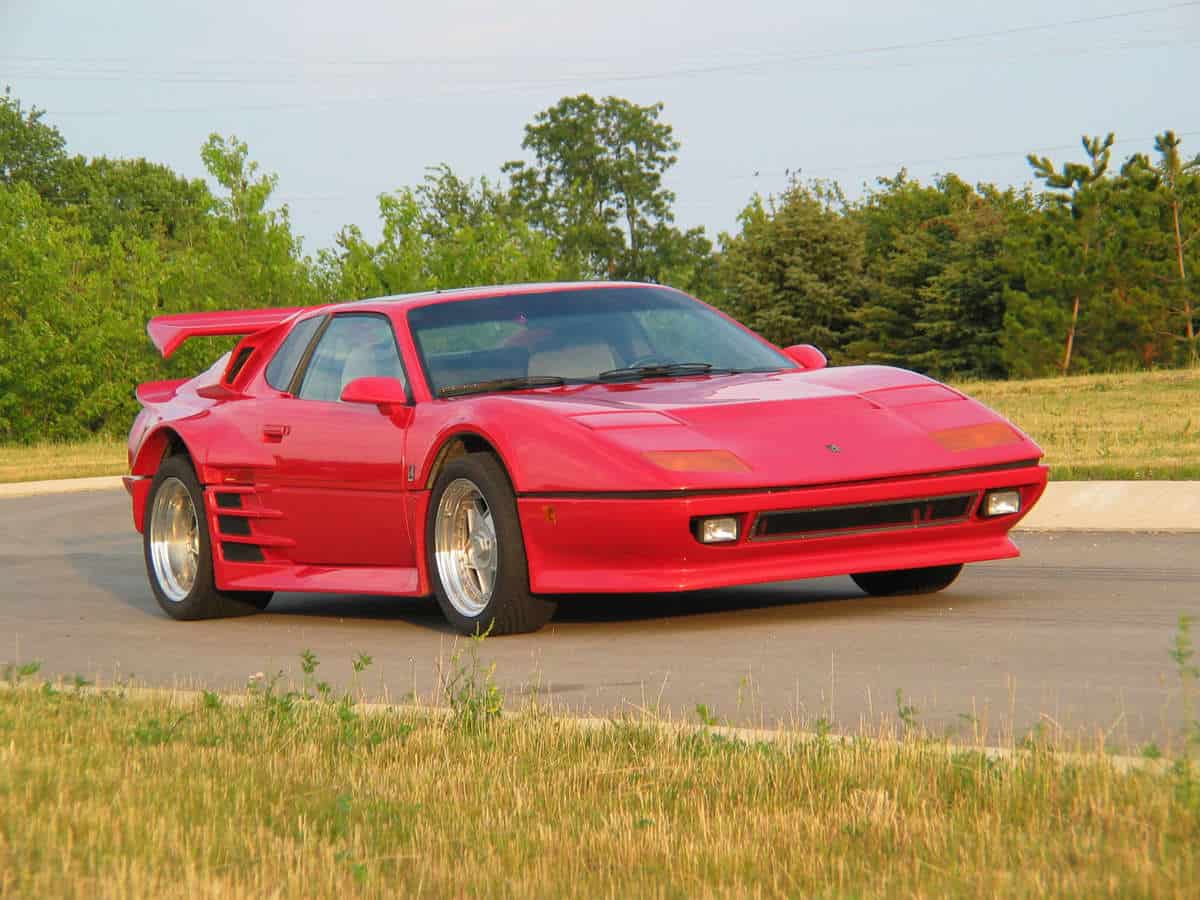 A replica of the gorgeous Pontiac Fiero, the Aldino K/O is a custom kit that combines styles from big industry names like Ferrari and Lamborghini to offer a superb old-school design at an affordable price.

The kit is supposed to take somewhere between 70 and 150 hours total, depending on your skill level and the end result should will definitely make heads turn in awe. 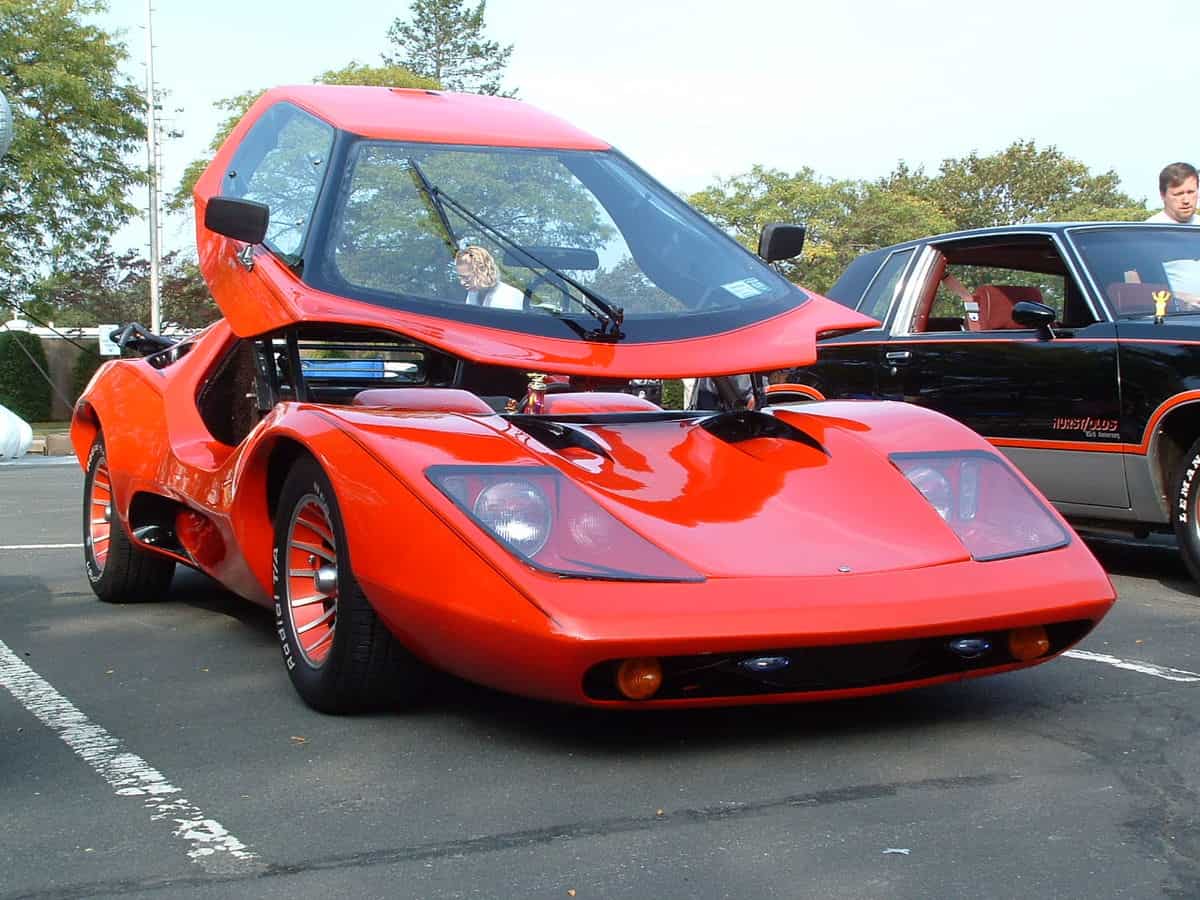 Originally built by the Automotive Design and Development based in the United Kingdom, after the company collapsed, the kit design and license was bought by Nova Cars, to sell it under different names in several countries.

Today, the kit is sold by the Sterling Sports Cars, wearing their name. Throughout its history, the kit hasn’t changed much and it’s based on a Beetle donor car.

Motorization comes in a variety of engines from different manufacturers, and the 1970s design is still gorgeous today as it was back in its beginnings. 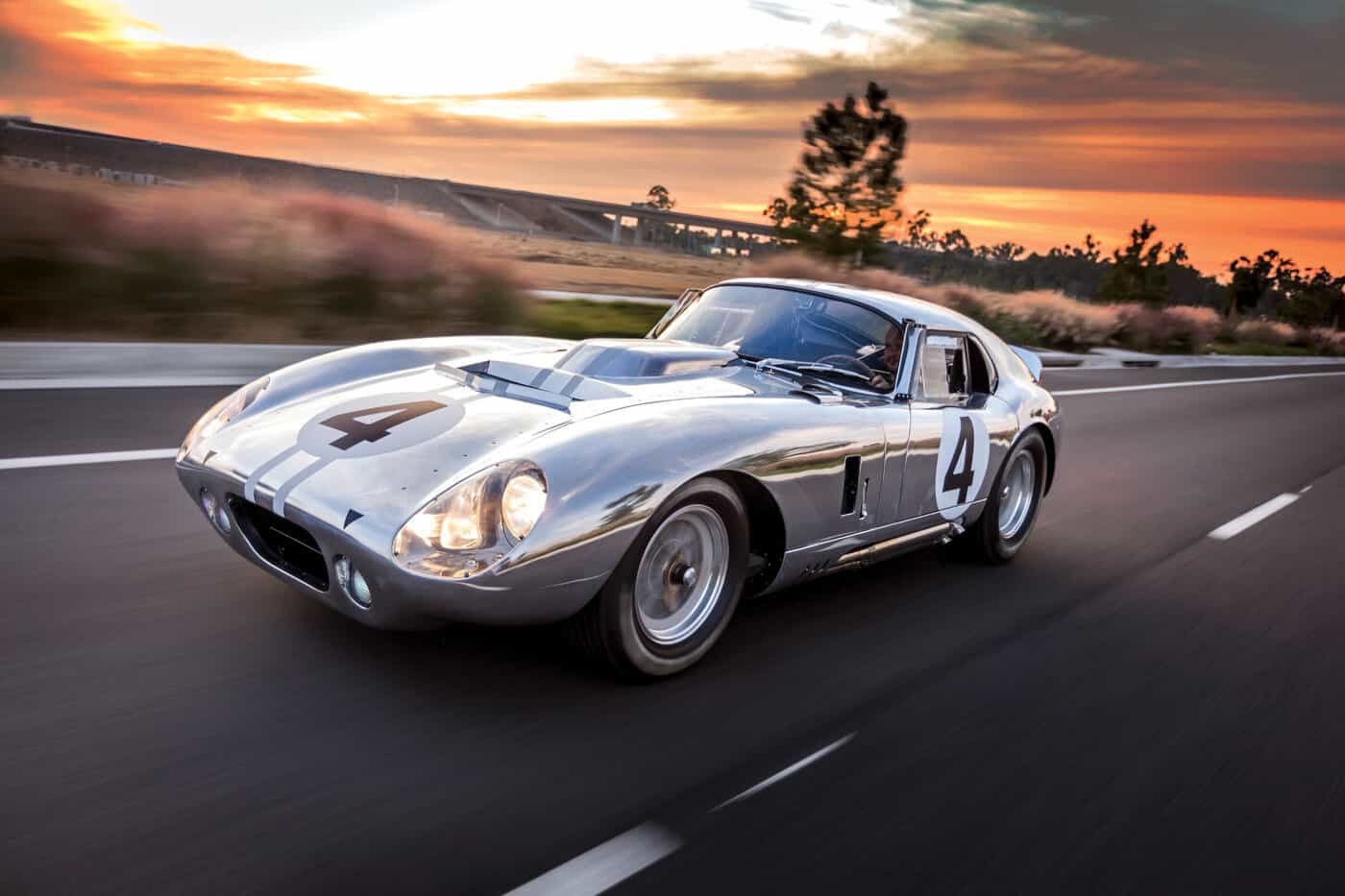 The Kirkham Motorsports 289 Coupe is based on the legendary Shelby Daytona Coupe and the attention to detail with which it was created is so good that if you don’t know the real car by heart, you’ll never see the differences. 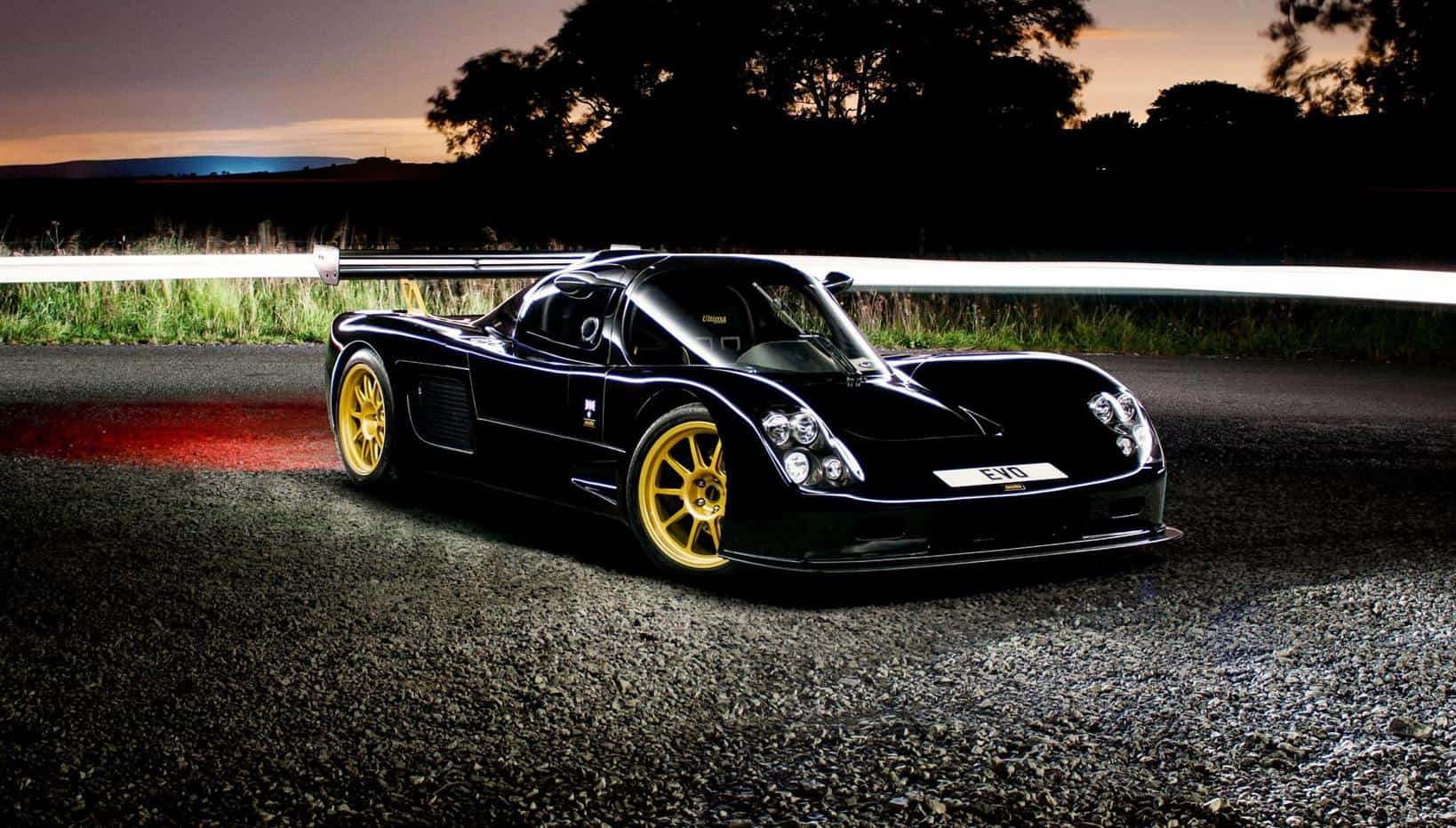 Inspired from the Le Mans Group C racers, the Ultima Evo Coupe is an exotic model that benefits from over 30 years of experience of development and racing, offering racetrack performance in a street-legal package.

The kit comes powered by an LS Chevy V8, which, depending on how it’s tuned, can output between 350 and 1,020 horsepower. With a carbon fiber chassis and the highest specs, the car is capable of racing from 0 to 60 in only 2.3 seconds, with a total speed of over 240mph. The transmission is a Porsche six speed manual.

And when you think it stands up to some of the fastest cars in the world at only $120,000 starting price, you’d be crazy not to dream of one. The cockpit is beautiful and refined, making for a plush ride. 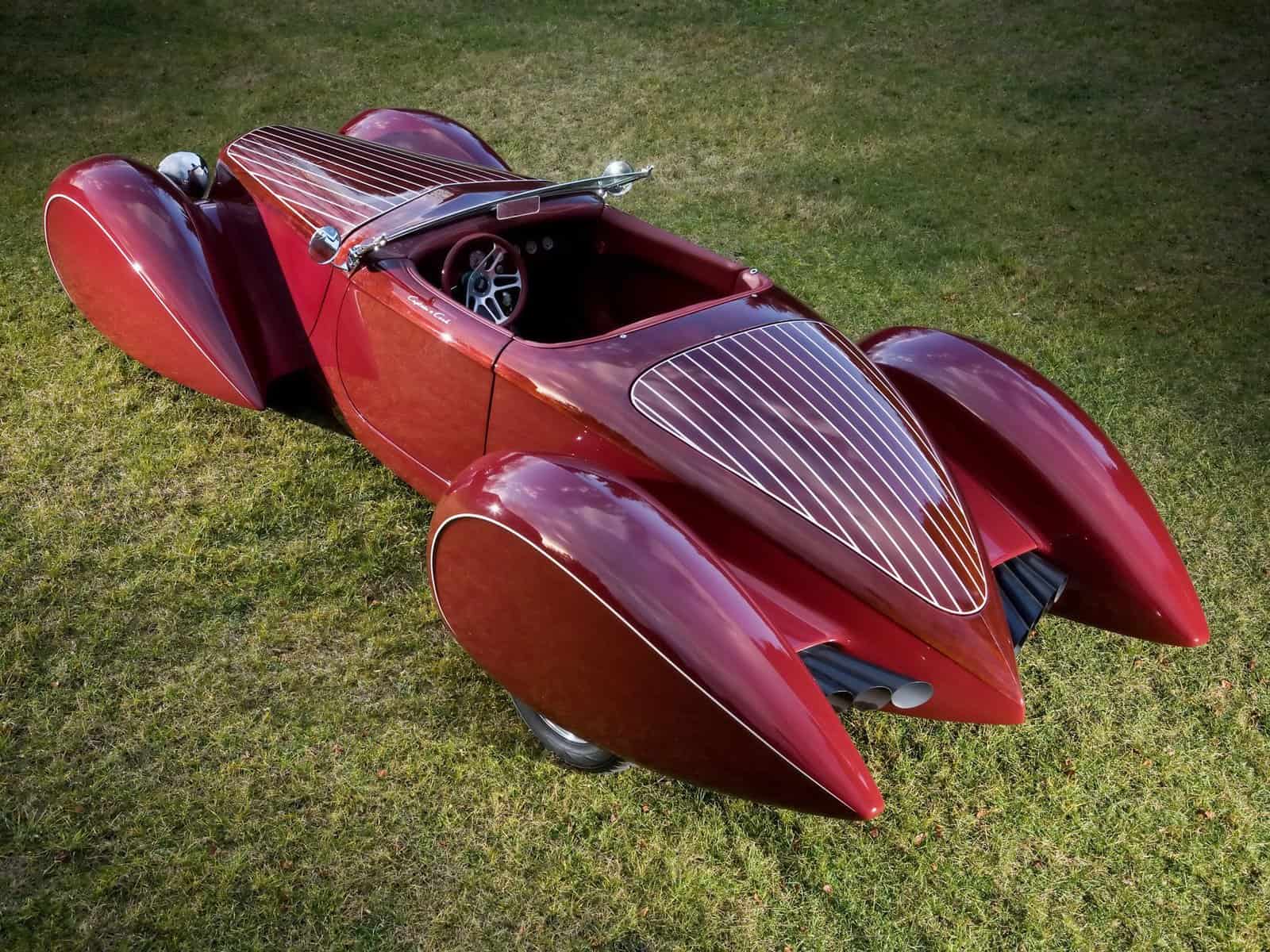 Although available as a kit, it’s a little bit trickier to build because one would have to do much of the metalwork themselves, so this beauty might be a skip for most kit car fans. 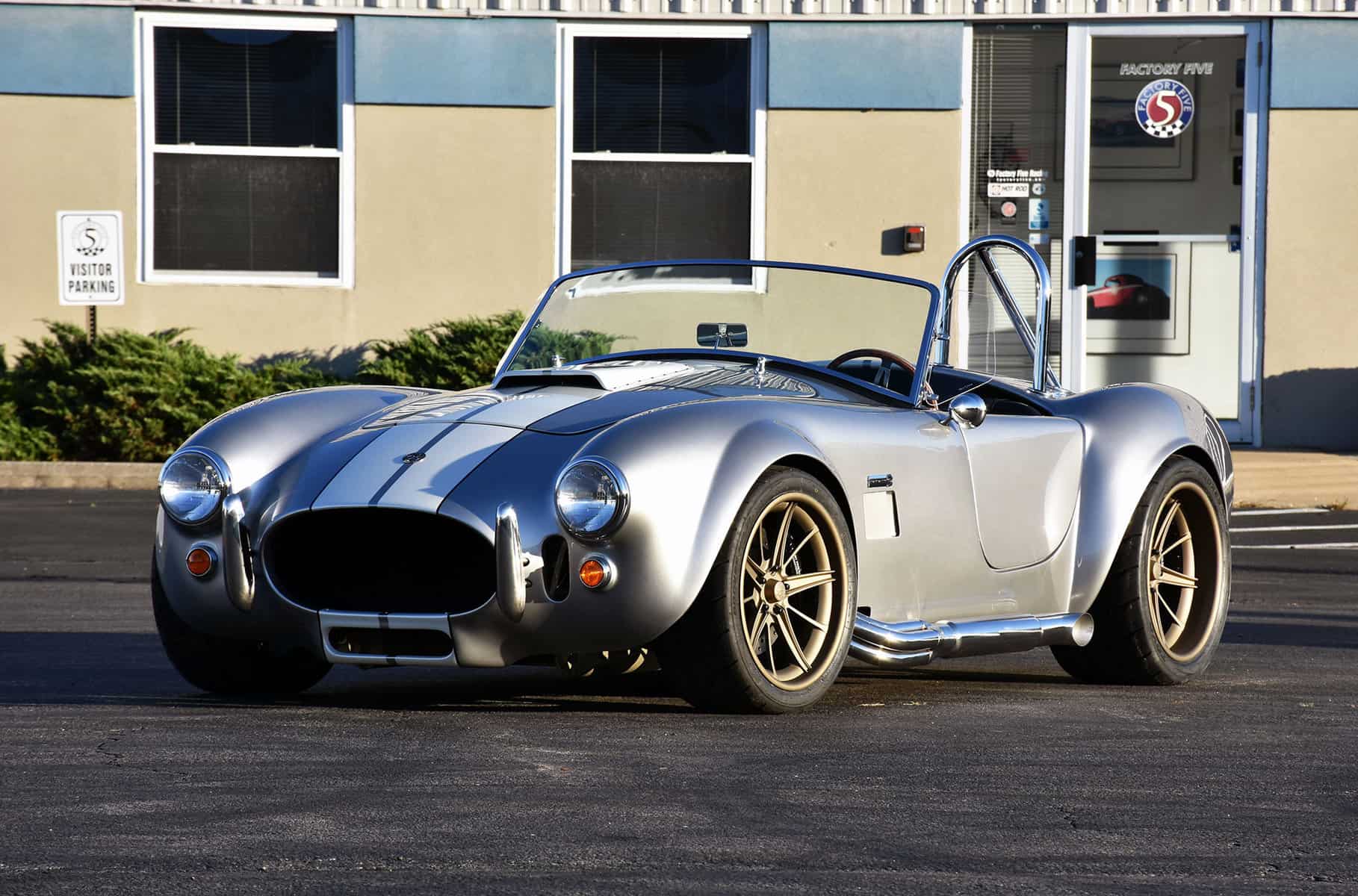 A superb replica of one of the six 400-450 hp 289 Small Block USRRC (U.S. Road Racing Championship) Shelby Cobras built back in the day for the ’64-’65 season, the Factory Five 289 USRRC Roadster follows both the style and the motorization of the original.

The performance of this kit car is identical to the original version from the 1960s and what’s more important, it’s street-legal, so you can enjoy one of the most fun vintage cars ever created on any road you can dream of. And that for just a little over $20,000. 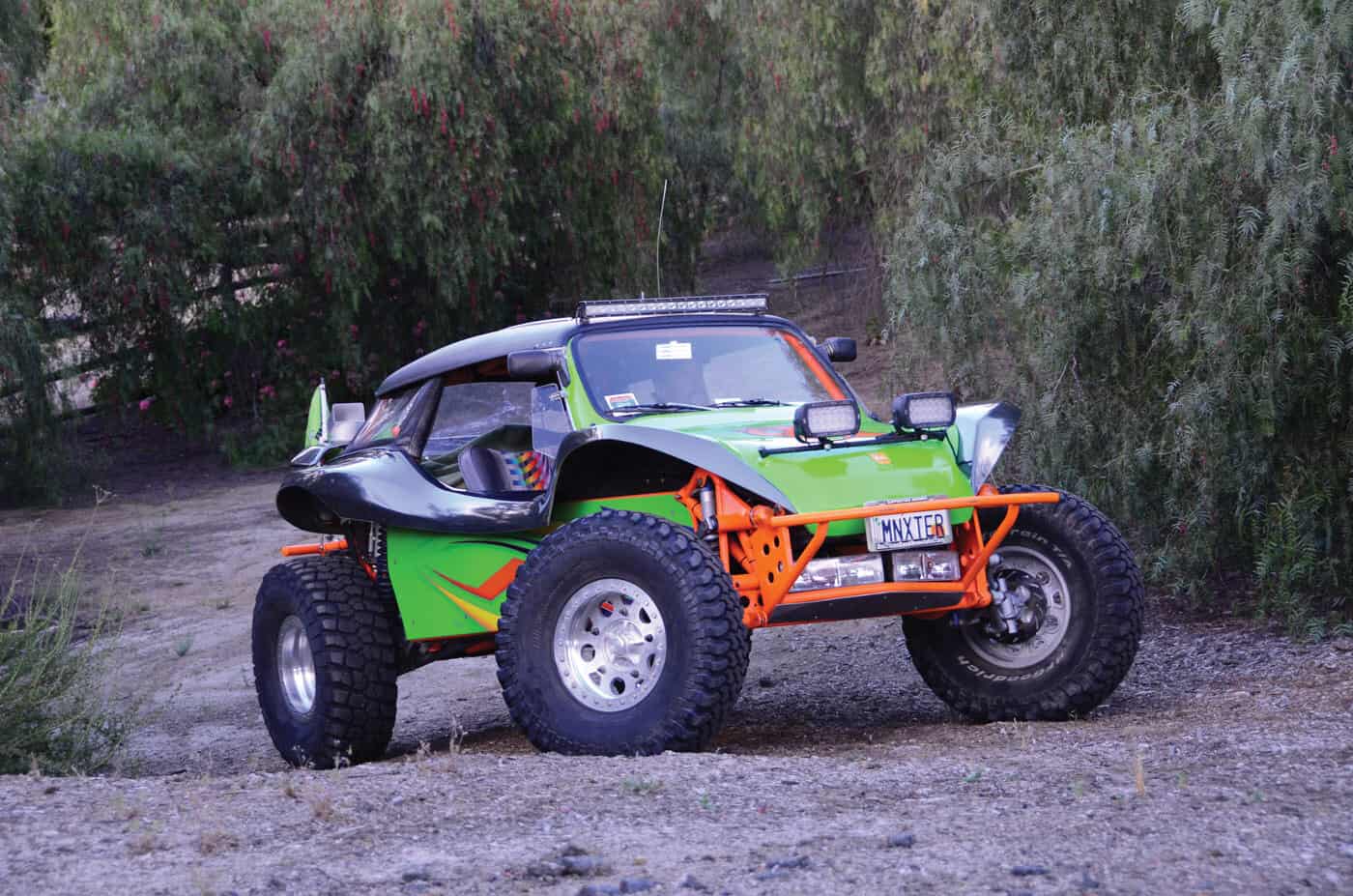 For those whose passion for driving goes beyond the asphalt roads, there’s the Manx Meyers Manxter Dualsport Kit, one of the most iconic dune buggy ever built.

Its origins lie in Southern California in the 1960’s, developed as a desert racer by Bruce Meyers. Those great times are long gone, but the kit is still produced today, with even a little bit extra – the tougher and rougher DualSport spec package.

The kit is based on the super famous Type 1 VW Beetle, built with a fiberglass body and dash, with polished steel bumpers both front and back and features everything necessary to be road-legal.

The VW base engine is small, but with the very lightweight fiberglass body, it’s more than enough. Despite that, some choose to equip more powerful engines for a lot more fun. 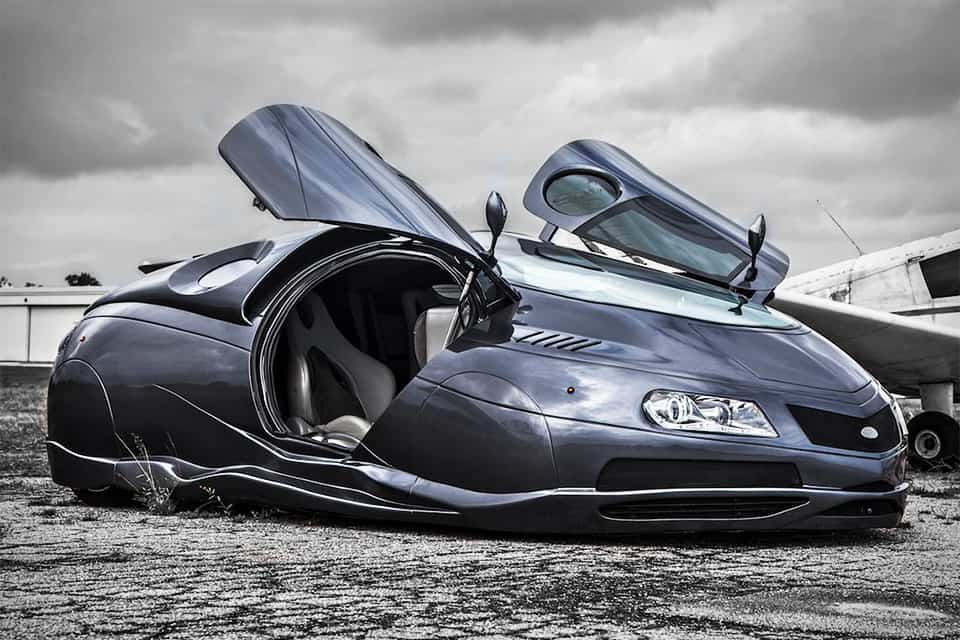 For something out of this world, there’s the Vetter ETV, or “Extra-Terrestrial-Vehicle”, a kit car that looks like it’s taken out from the latest Sci-Fi movie.

The ETV can have multiple donor cars at the base, from Honda and Toyota to Porsche, Chevrolet or even several electric vehicles. The bizarre design will surely make heads turn when driving around town, because this kit car is fully street legal. 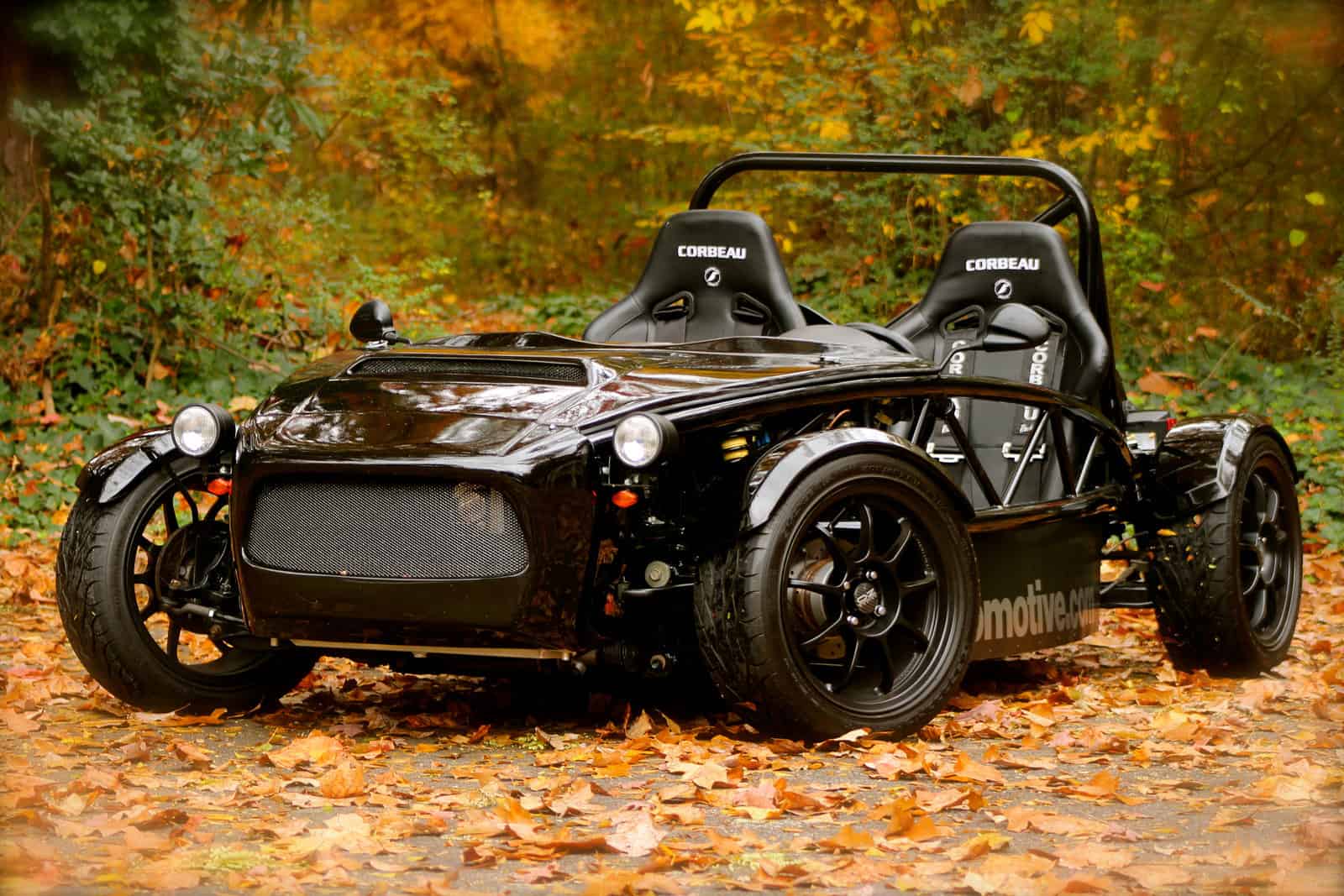 With the 1990-2005 Mazda Miata as a base platform, the Exomotive Exocet is an amazing and affordable option for those on the lookout for a fun and sporty car.

The Exocet comes in three variants, base, sport and race, and features improved stiffness and reduced weight by using hand laid composite body panels. The price ranges from $6,999 to $8,299, but that doesn’t include the Mazda donor car. 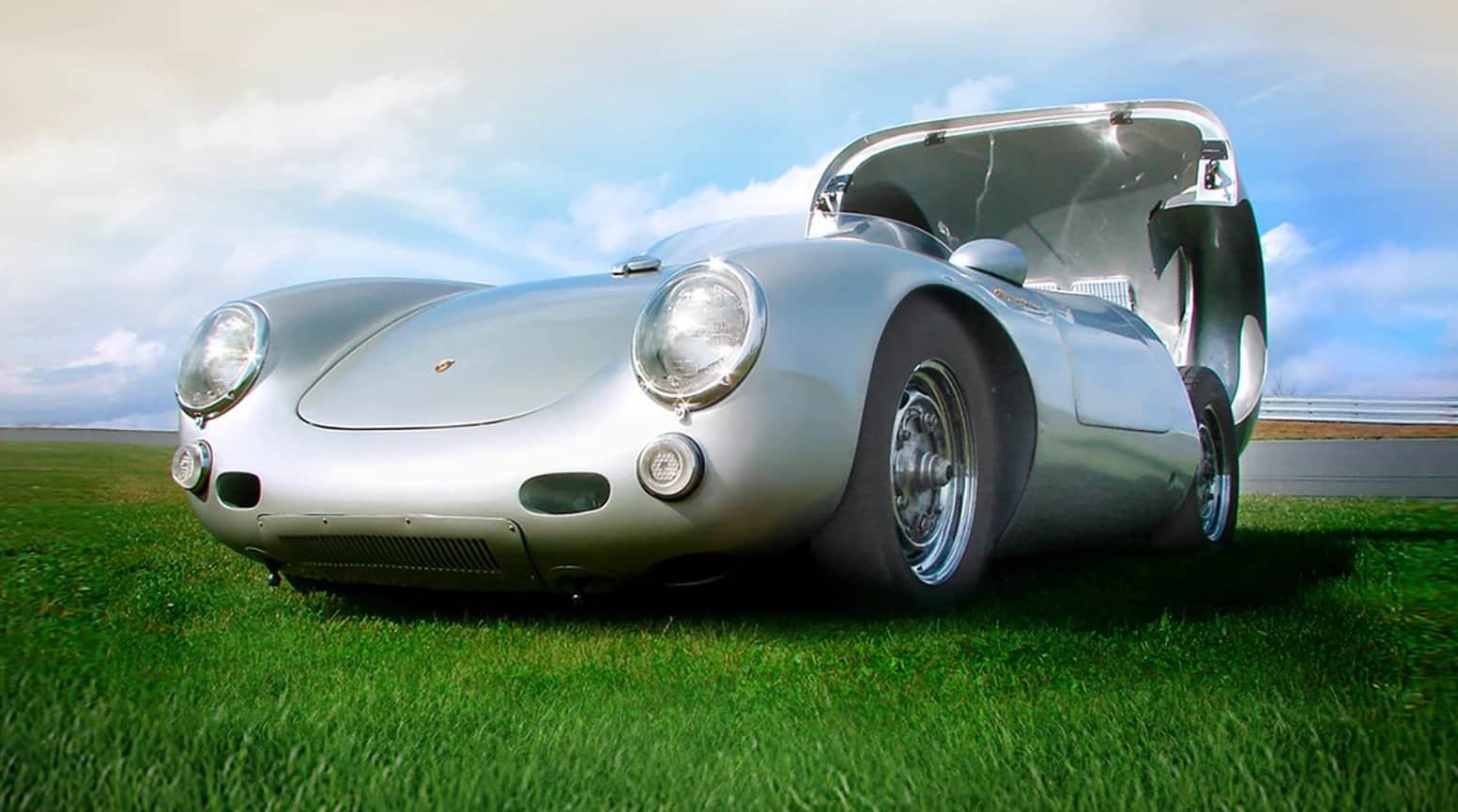 On the more expensive side is the Spyder Creations 550 kit, which is a superb replica of the Porsche 550 Spyder, so no wonder you’d have to pay well over $300,000 for one.

Spyder Creations justifies the high price through the use of genuine hand-beat aluminum pieces for the bodywork and the original Porsche 4CAM engine to power the car. Only the engine itself is known to sell for more than $250,000, so there’s your money.

The interior is surprisingly similar to the original cockpit, rising to the same high standards of the 1950s model. 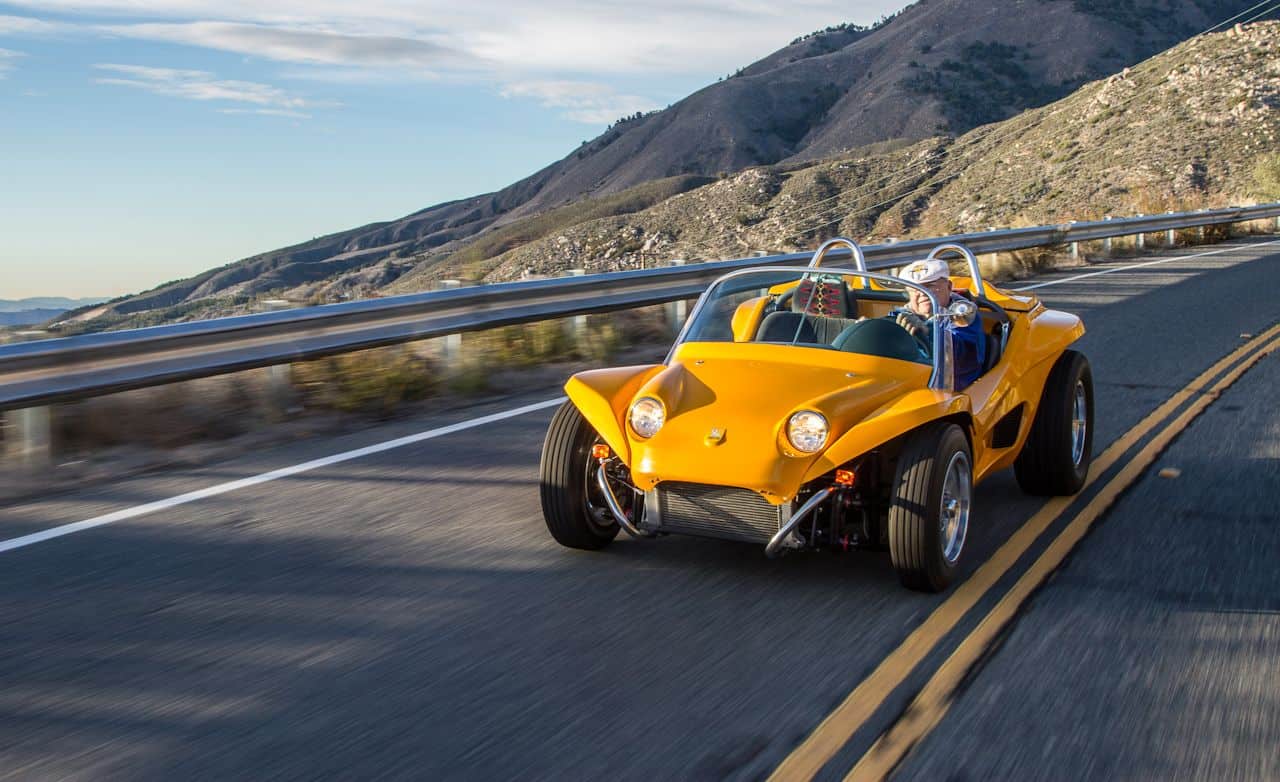 Another dune buggy for the off-road enthusiasts, but a more cute one than the previously mentioned Maxter Dualsport, is the Meyers Manx Kick-Out SS. It’s a modern replica of the iconic beach buggy.

What’s modern about the new buggy is an improved design, better handling and stability on the road and more potent Subaru engine under the hood. The kit is based on the same VW Beetle as the original buggy and sells for the base price of around $5,700. 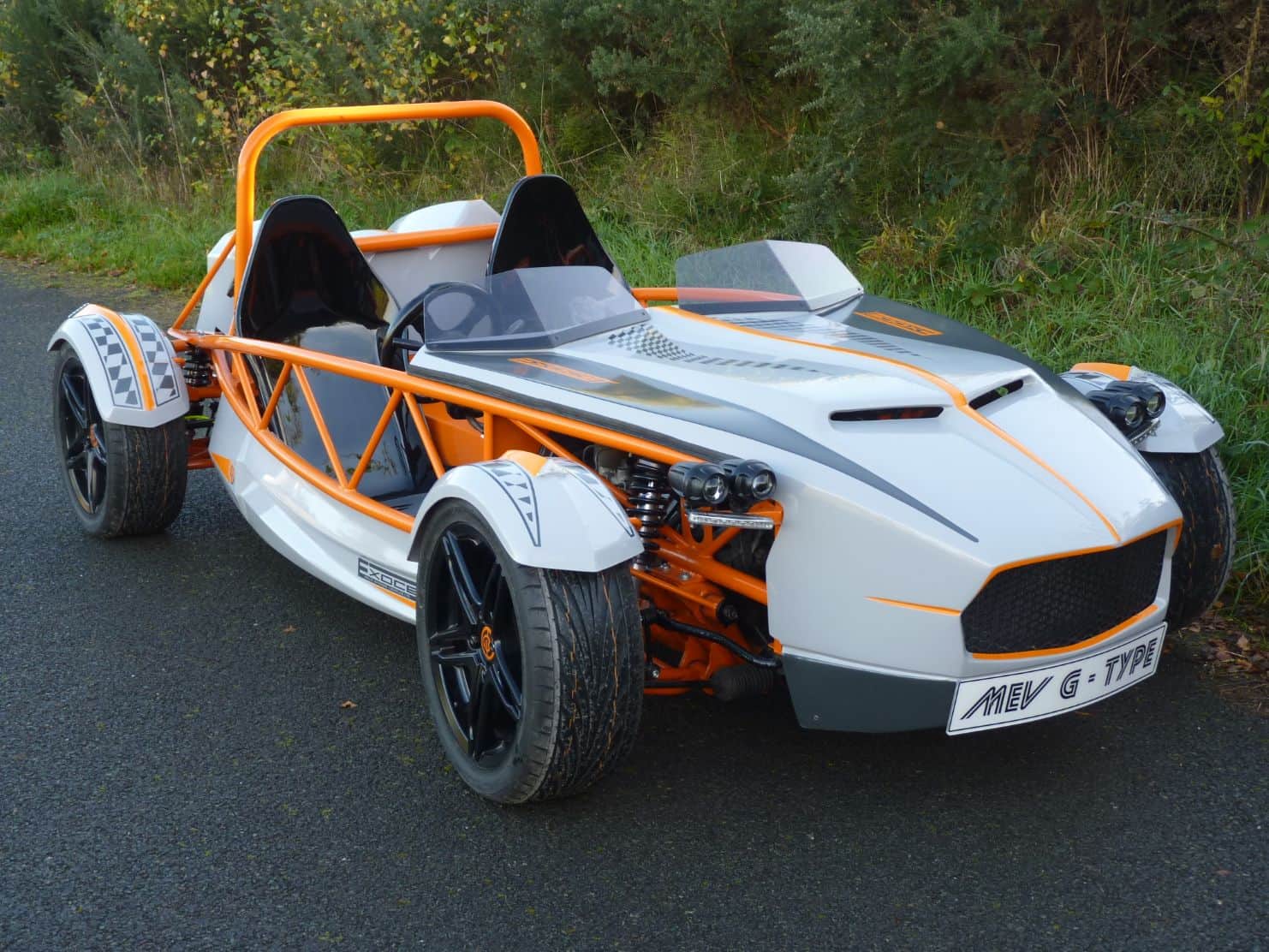 The MEV Exocet aims to be the most affordable and easiest to build kit car on the planet while offering enough performance to be fun to drive.

A top notch tubular and fully triangulated space frame chassis makes the car super lightweight, while the suspension and linkage system of the Mazda Miata donor car makes it affordable and widely available, since it’s compatible with several older generations of the famed car.

The Exocet also has the benefit of using the many aftermarket upgrade mods of the Miata for even better performance. Besides that, it’s road legal, so you can drive your friends home. One at a time. 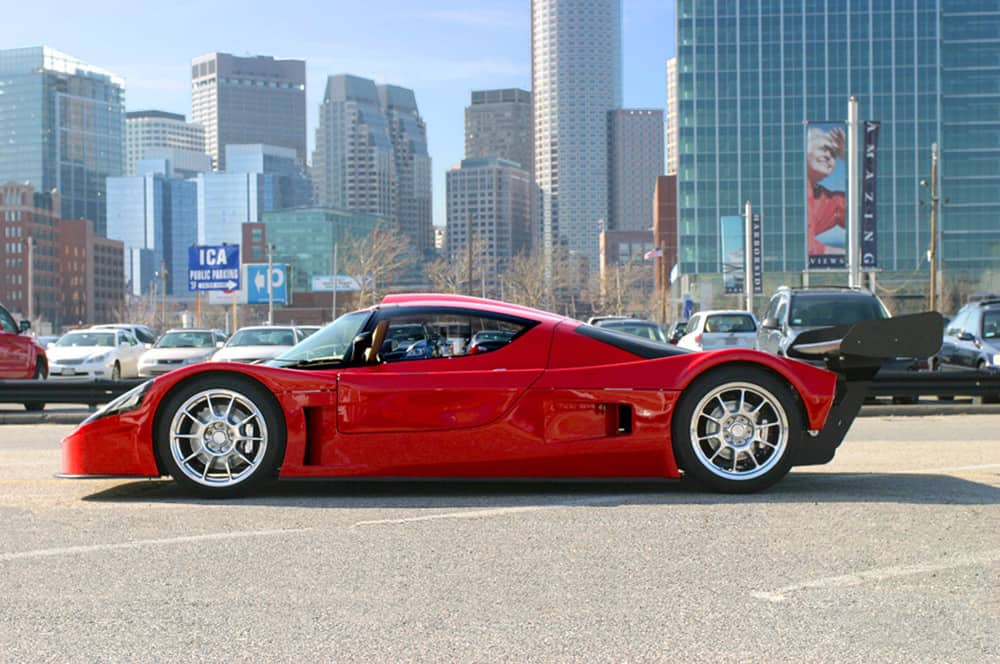 For those who want a racetrack ready high performance machine, the choice has to be the Superlite Cars SL-C. It’s designed to rival the best of the best in modern supercars, while still keeping its road legal status.

It’s designed with a full aluminum TIG welded semi-monocoque chassis and full fiberglass bodywork to keep weight to a minimum.

The kit is divided into a total of 16 stages, and you can opt for the crucial parts only, but the total will set you back around $50,000, which is light years away from the production cars which offer the same performance. 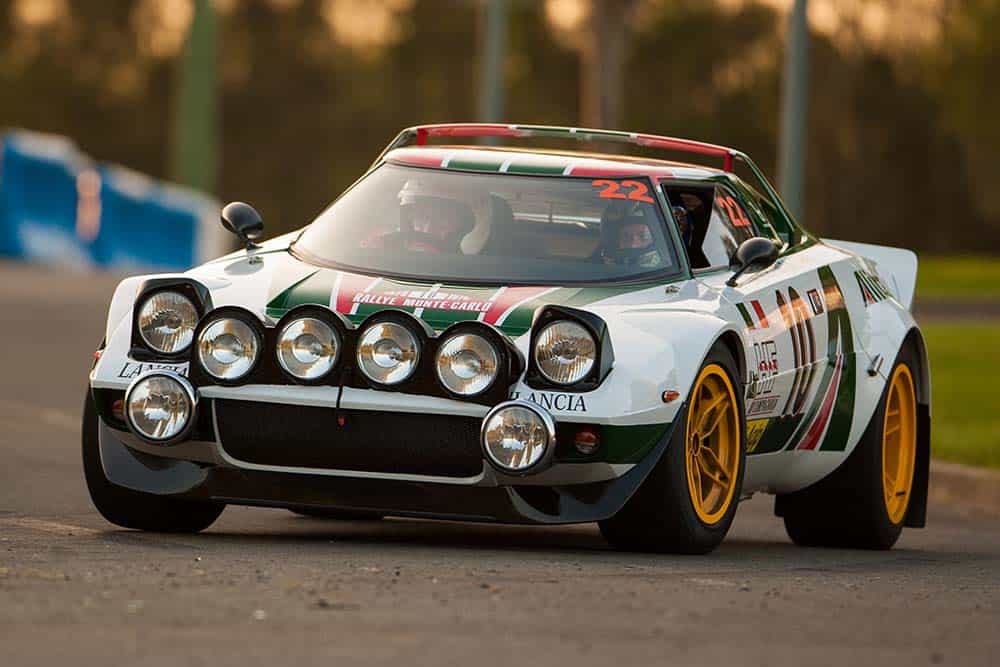 The LB Specialist Cars STR is based on the world rally legend car, the Lancia Stratos, which had one of the most recognizable and appreciated designs of all time.

Given the world wide fame of the original, the UK based LB Specialist Cars, known initially as Lister Bell, has decided to create an exact scale replica of the Italian racing car.

It’s built with a semi monocoque chassis and integrated roll cage and comes with several options for the power train, from the 190hp 2.5L Alfa Romeo V6 to the 350hp 3.5L supercharged Toyota V6 found in the Lotus Evora, or even a V6 or V8 Ferrari transverse engine. 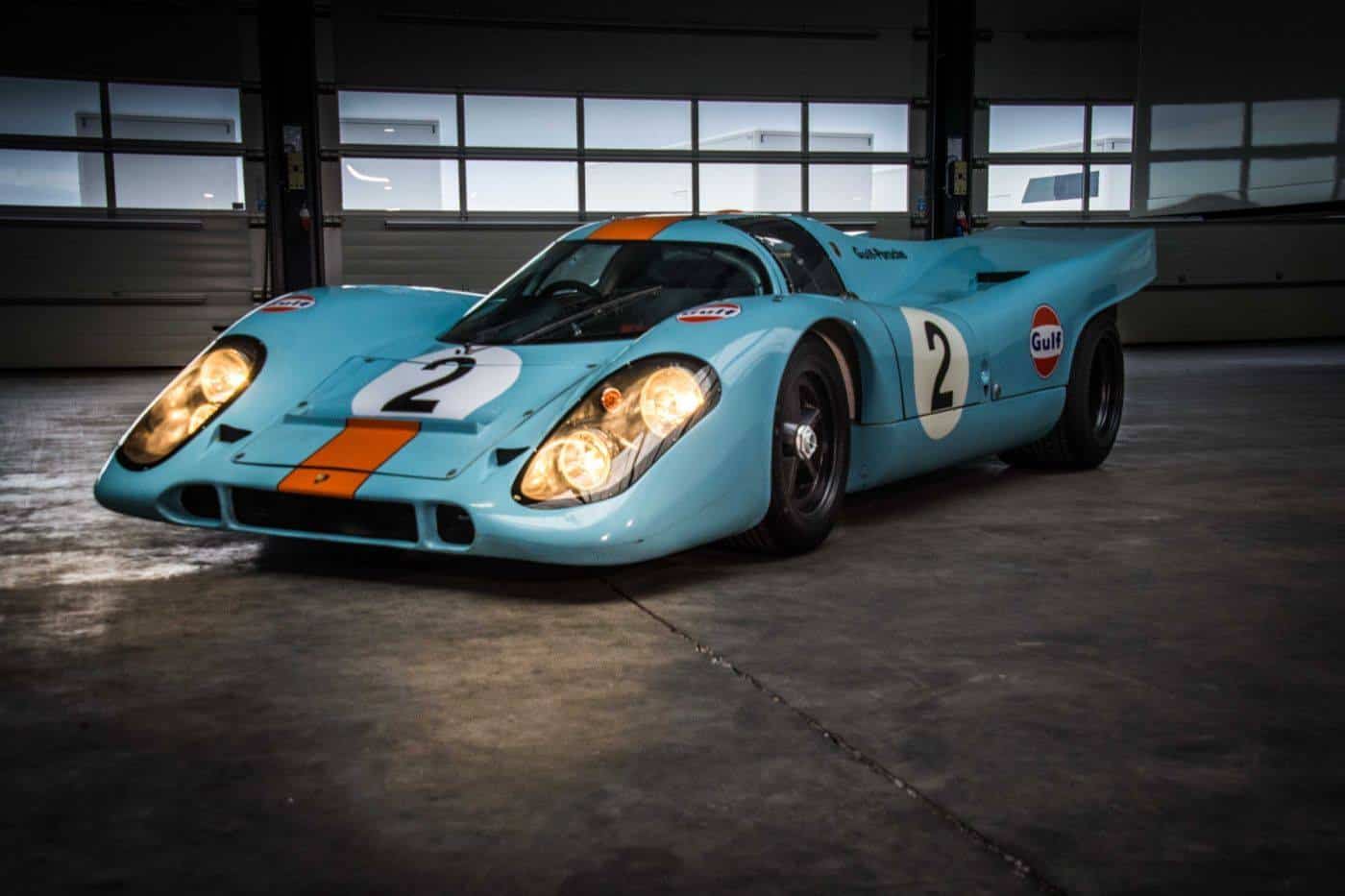 For those who dream of iconic Porsche race cars of the past, there’s the RCR (Race Car Replicas) 917, which is a more affordable version of the original Porsche 917 sports car legend.

The RCR 917 features a full fiberglass body, with an aluminum monocoque in the center and tube-frame on the front and back.

For those who want it street legal, they can have it as it comes with DOT approved windshield, headlights and taillights. The powertrain options include a Porsche flat six or a Chevrolet V8. 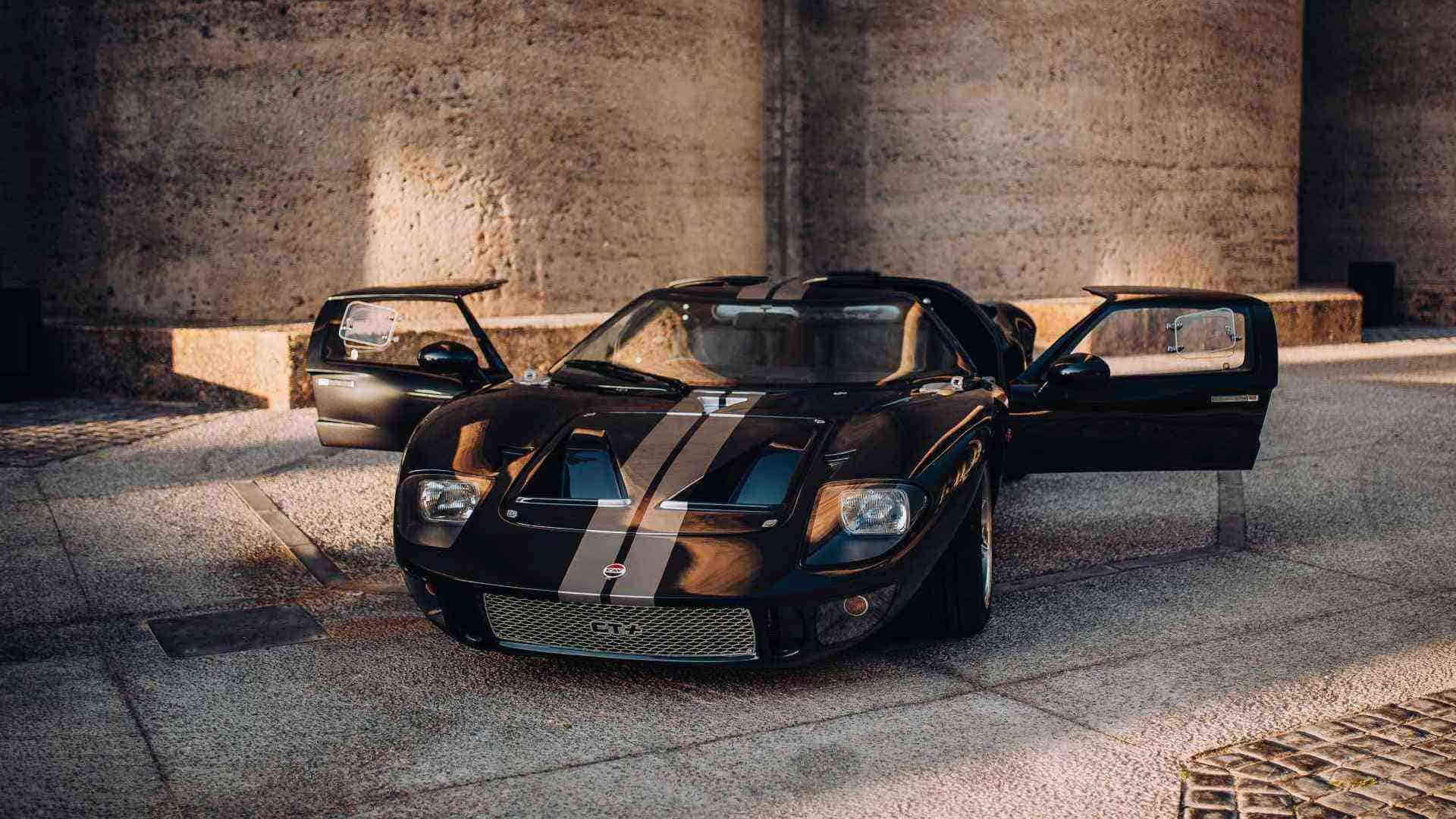 The South African based company Cape Advanced Vehicles offers a superb replica of the iconic Ford GT40 that’s true to the original both in aesthetic details as the competent performance.

The kit features a monocoque chassis from stainless steel and full leather interior and comes powered by a 450hp Ford Racing small block V8 able to push the car from 0 to sixty in 4.5 seconds, or the Ford Performance V8 with only 410hp. 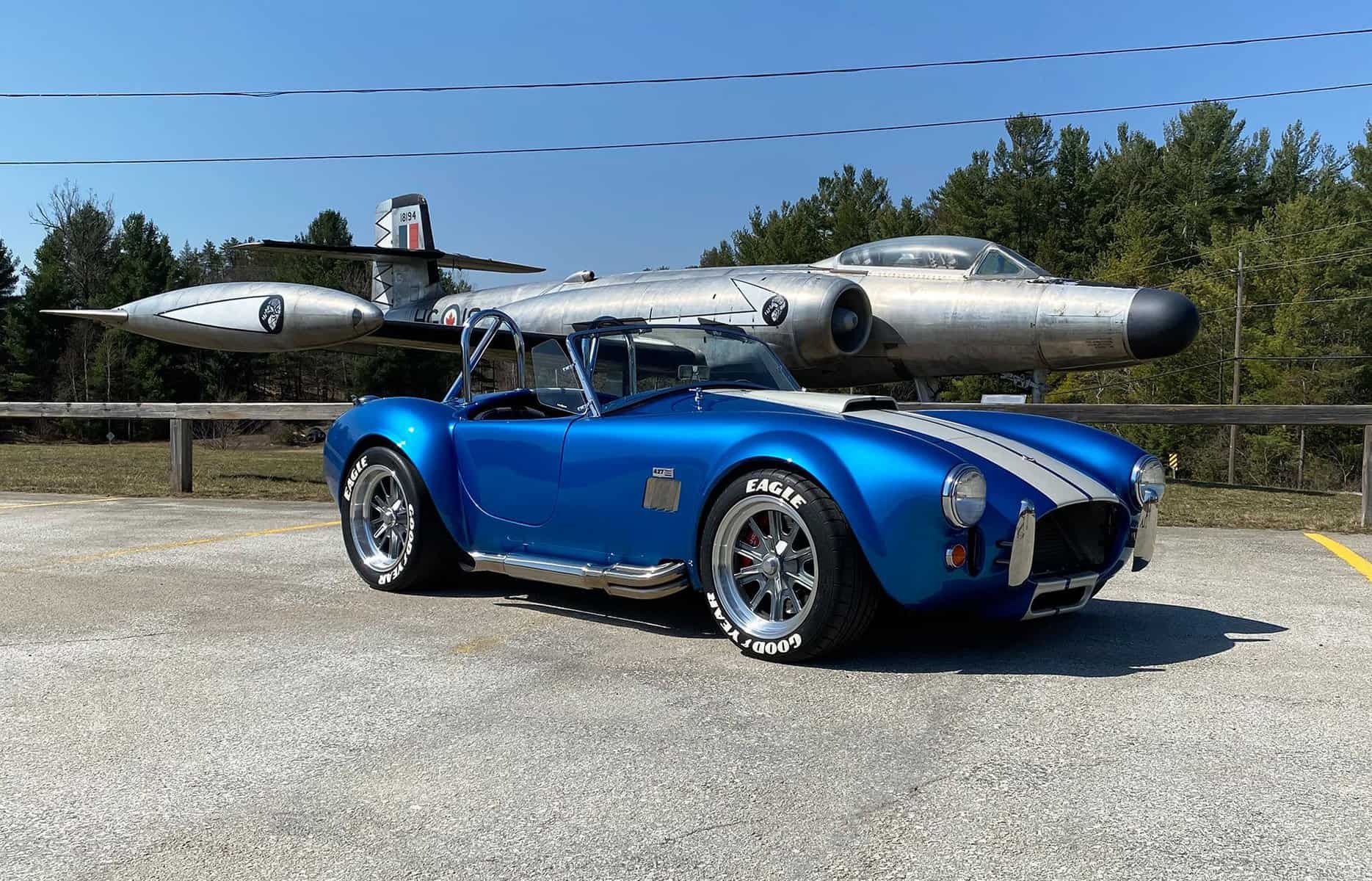 Another Factory Five beauty is the Mk4 Roadster, based on the iconic Shelby Cobra, but few people could tell the difference when seeing it on the road.

The kit is composed of laser-cut body panels, Mustang based suspension and Koni shocks and running gear from any Mustang built between 1987 and 2004. 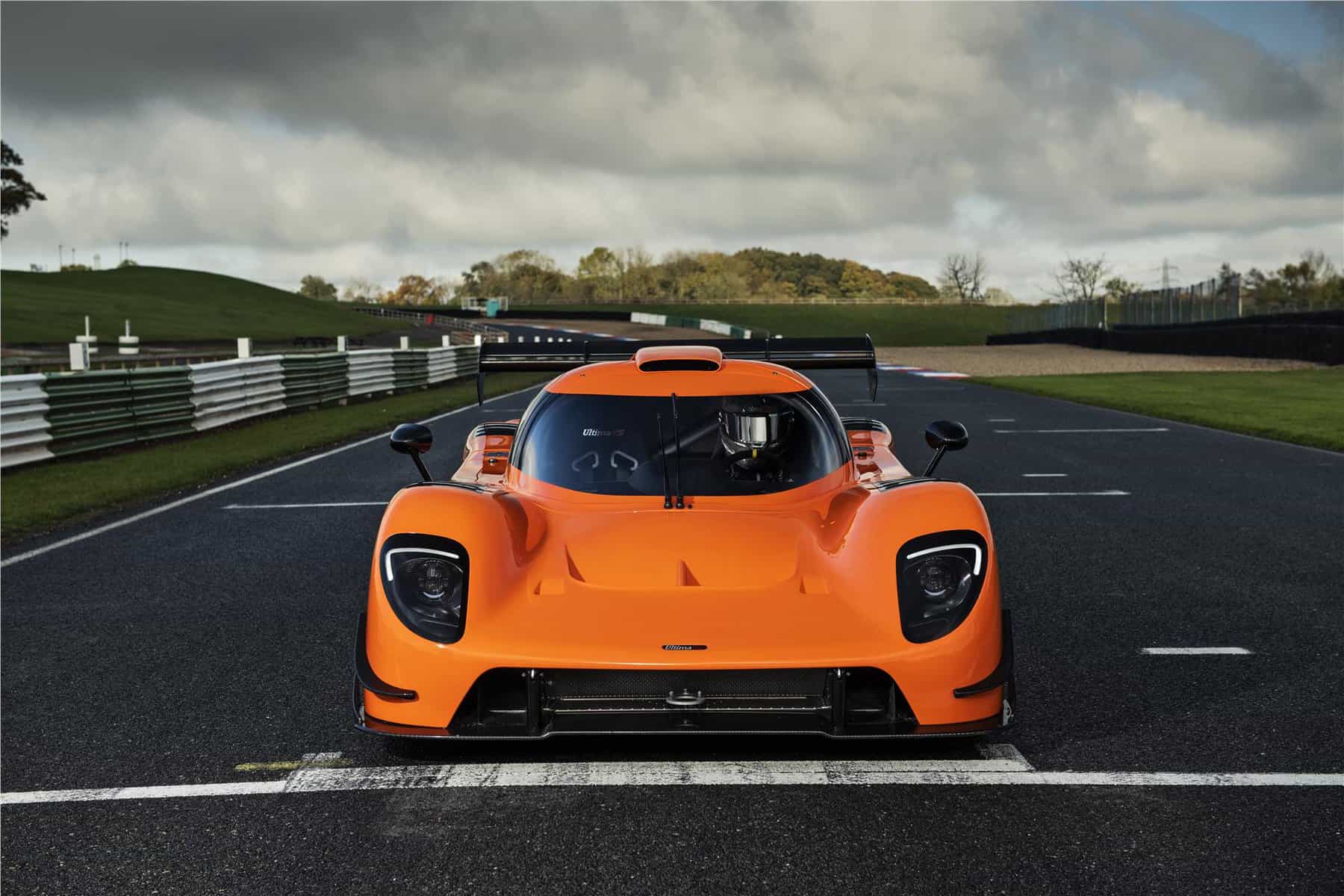 Another Le Mans inspired supercar from the British sports car maker Ultima, the RS comes as cheap as $65,000 and as good as any modern day supercar.

The power options come in the form of a Chevy LS (LS3/LS7/LSA) or LT(LT1/LT4/LT5) V8, with even the base one adding enough power to the ultra light kit to make it beat established supercars on the racetrack. 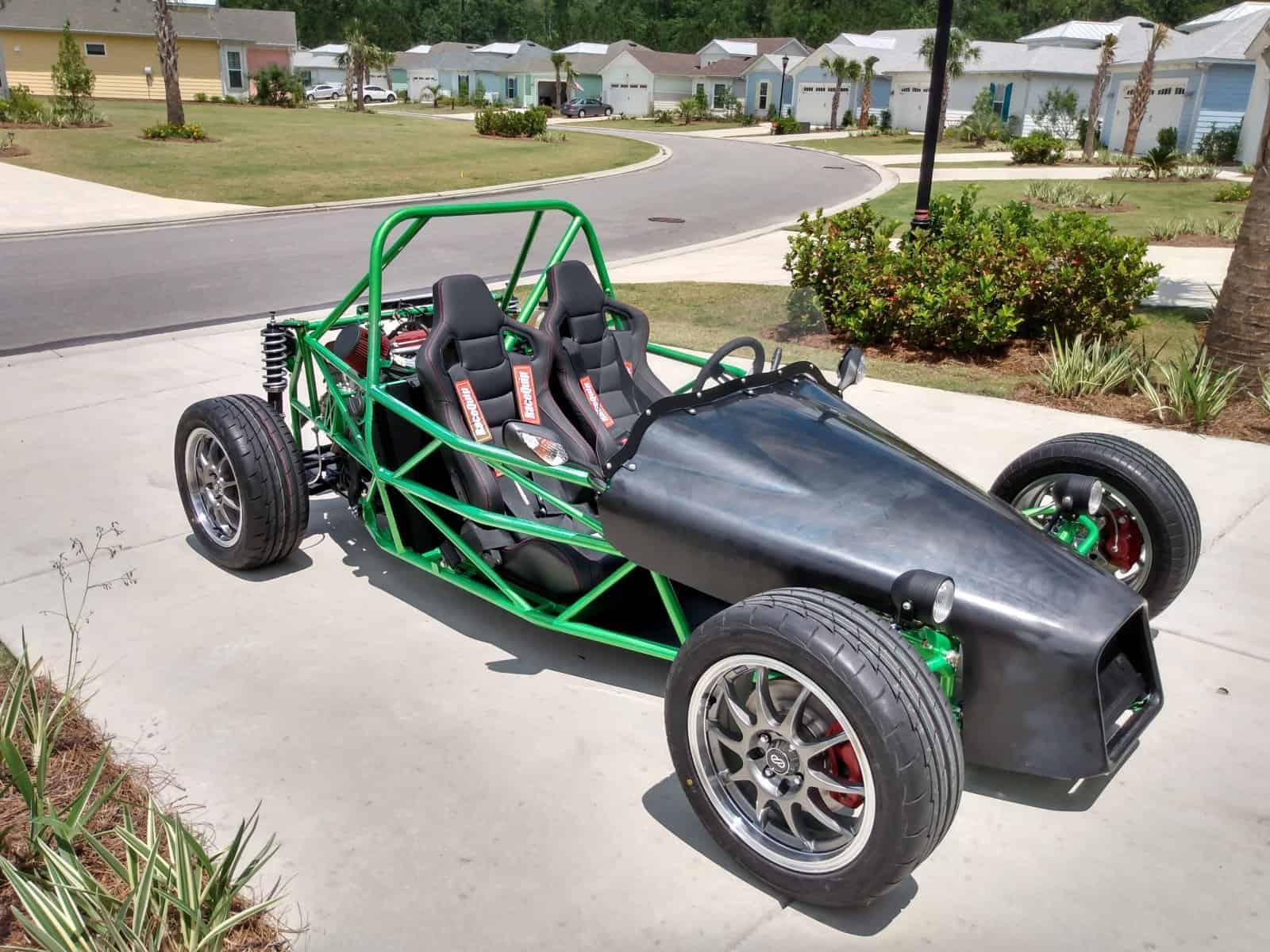 Probably one of the most fun and affordable options out there, the DF Kit Car Goblin is just super easy to build in your own garage.

It comes with a space frame tube chassis and can be equipped with any engine of a Chevy Cobalt donor car, ranging from 145 to 260hp.

The total price of the toy comes in at only around $6,800, so it’s on the affordable side. 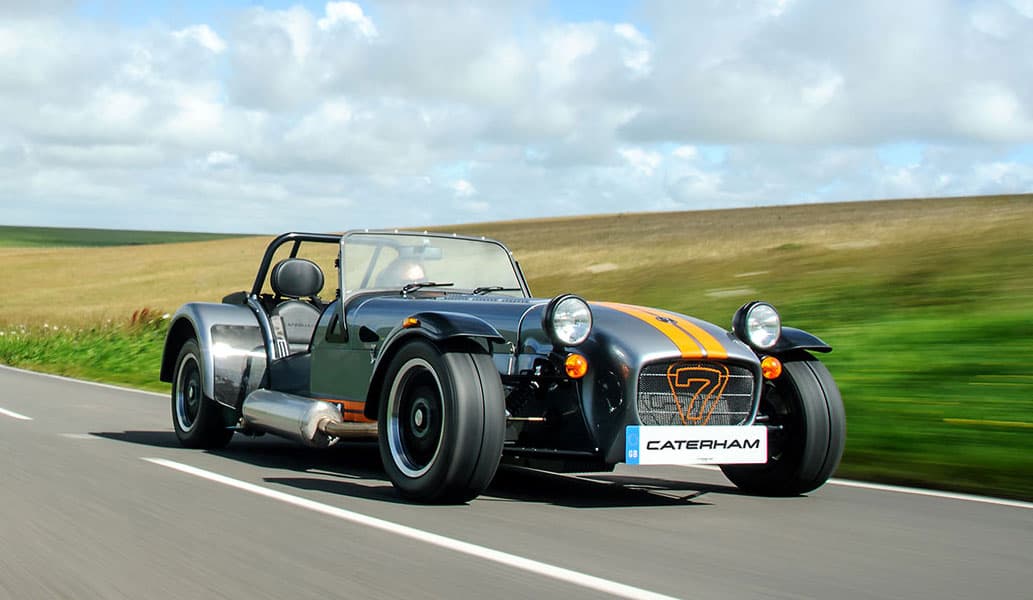 One of the most known kit car companies in the world, the UK based Caterham has started their history with a replica of a Lotus Seven in 1973 and they’ve gone a long way since then.

Today, their Caterham 7 comes in with a 2.0L Ford Duratec engine and an already assembled body and core, making it the perfect kit car for a complete beginner, as it doesn’t even need a donor car.

And with a performance that matches the likes of McLaren P1 on the track, it’s hard not to consider owning one of these impressive toys.

Though mostly overlooked by the automotive community around the world, kit cars are probably the most affordable way to have your own version of the most fun cars on the planet.

Choices are plentiful, but we have selected the best 20 options, so you can have a starting point. Only from Caterham you could get at least 20 different versions of the gorgeous Caterham 7.