10 Dream Cars that Never Made it to Production 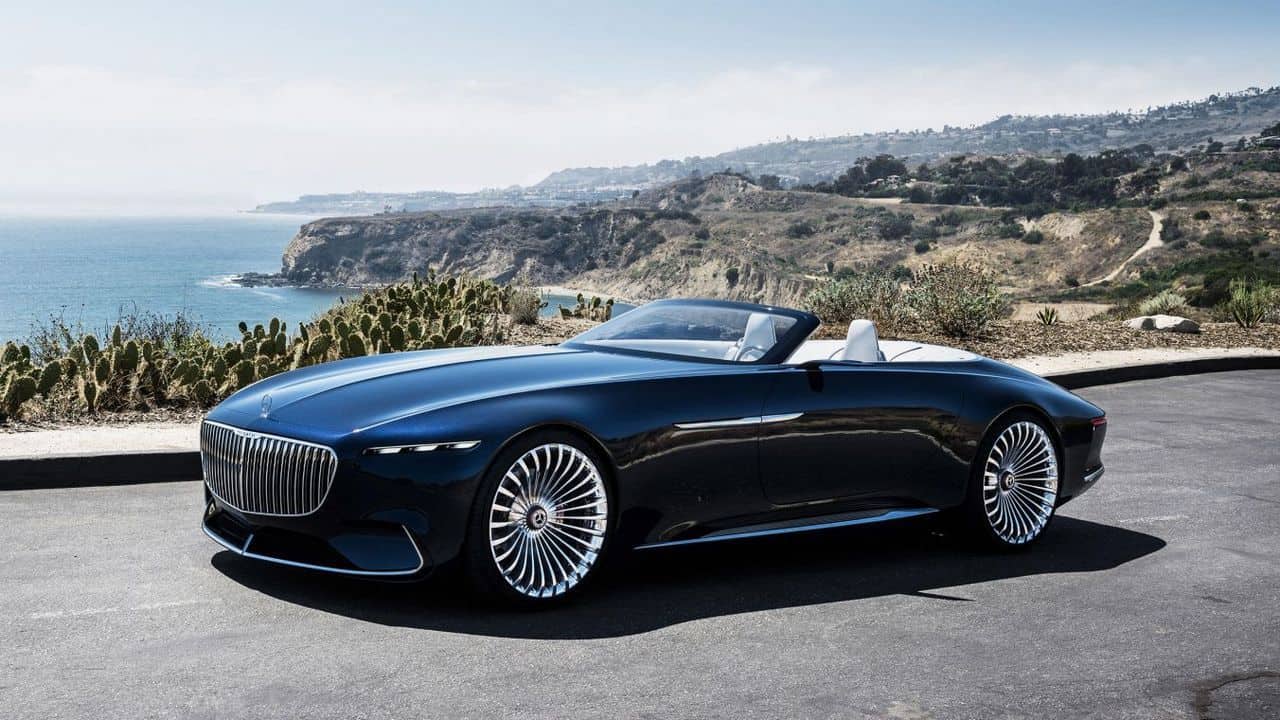 The world has seen its fair share of car concepts, from the early days of Karl Benz and Henry Ford, to the modern era, with all these electric hypercar concepts showing up every single month.

Car enthusiasts always get very excited over a cool and interesting design study, but sometimes we end up disappointed because the mass-production form hardly resembles the original concept, or because some cars never go beyond the concept stage.

I am sure there were a few moments in your life when you experienced this kind of disappointment. While you think about a unique car concept that made your day but never made it to the real world, let’s just focus on the subject for a moment. 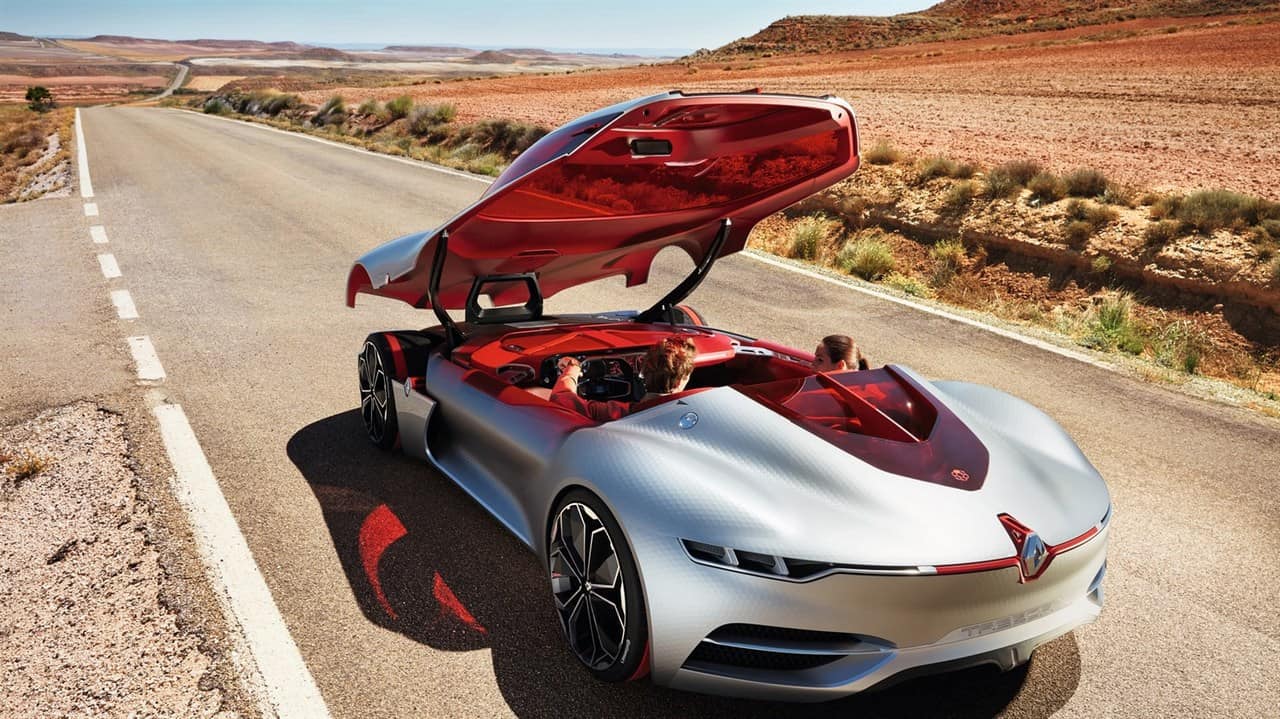 Automotive designers often come up with some really crazy ideas, and the world is obviously better thanks to their creativity. Sure, not all of those wild concepts were worthy of becoming a mass-production car, but the ideas they presented to the world were interesting and very unique – to say the least.

Furthermore, from a marketing point of view, concepts represent the ultimate teaser and attention drawer, thus putting the spotlight on various car-makers to sell more car models – whether they are older or brand new. Car concepts may look incredible at motor shows, but the fact of the matter is that most of these designs can only be driven in our dreams.

Don’t get me wrong, some of those iconic concepts turned out to be so successful that they also made it to production. However, we are now going to focus on those that didn’t, the ones that looked so cool and outrageous, and left us drooling without the satisfaction of ever seeing them around town.

These are 10 dream cars we never got to admire under the sun and, who knows, maybe you know a few more that the world has forgotten. 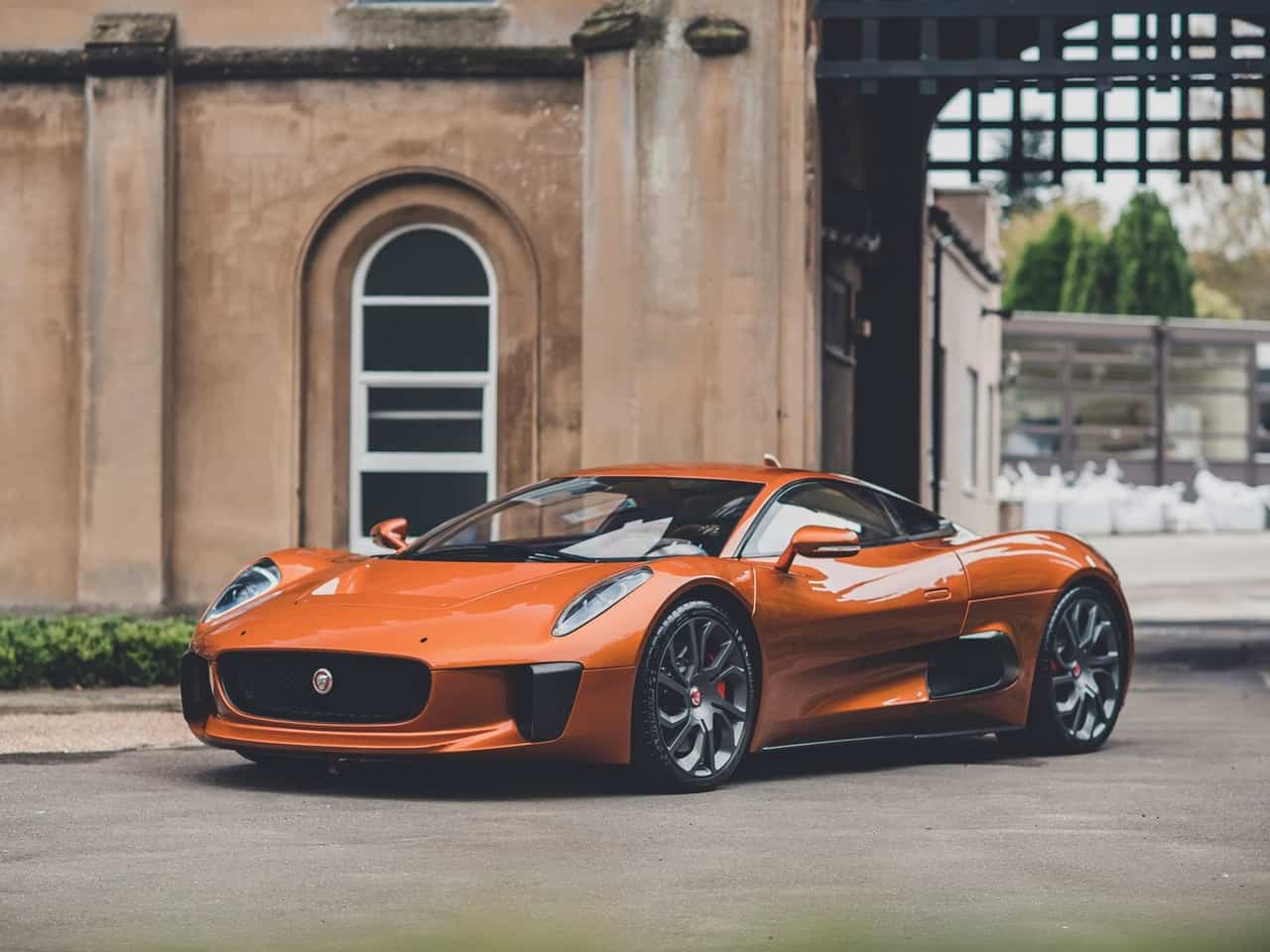 During the 1990s, the Jaguar XJ220 supercar took the world by storm. It broke several speed records, managing to gain the title of the fastest car in the world – at least until the McLaren F1 came onto the scene. Nonetheless, it should be mentioned that the overall design of the XJ220 was very futuristic and that supercar was so reliable that it could have been a daily driver, easily.

Inspiring the next best thing, the XJ220 managed to make Jaguar engineers dream about the C-X85. The design of this supercar was so cool-looking it had even James Bond interested in it.

Jaguar aimed to overtake all other supercars with this beast, but ended investing so much time and money into this car that the supposedly hybrid-powered vehicle – although bragging about a theoretical 778-hp power output – ended up being not a financially viable choice for the car company. Now that hurts. 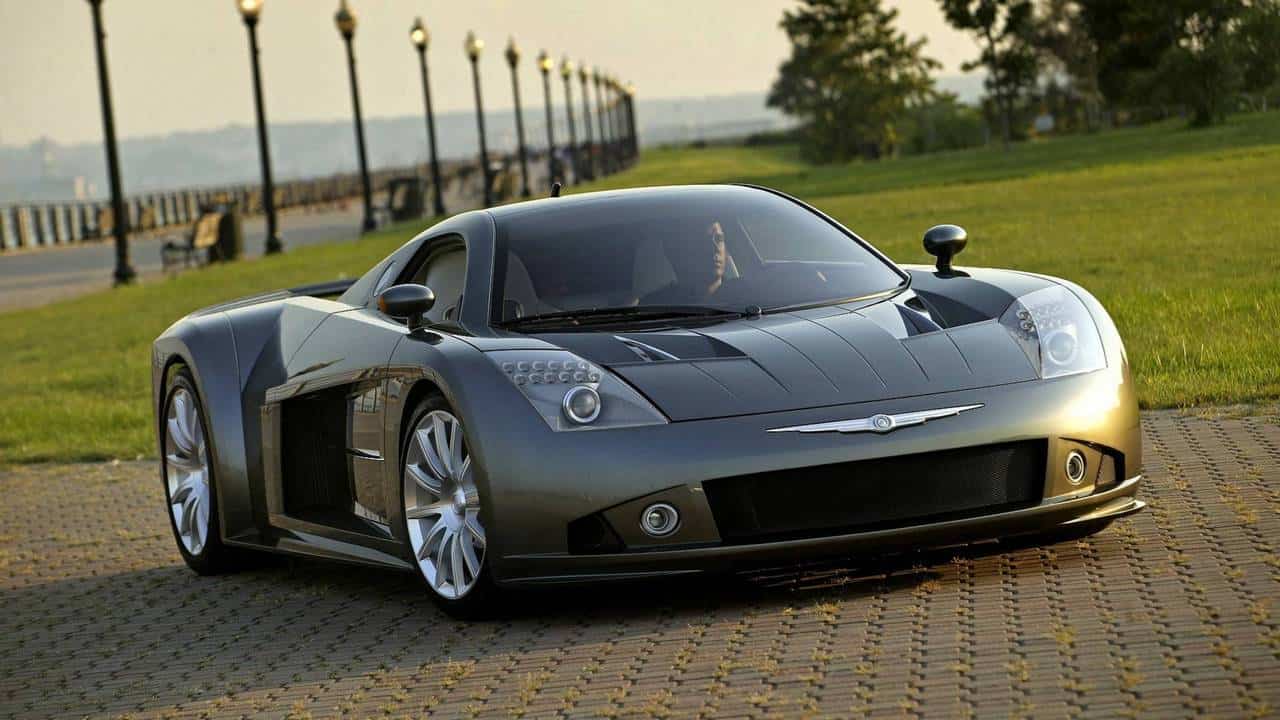 I actually remember admiring this awe-inspiring concept the day it was launched, online of course. Funny enough, I remember it better from playing a PC game, where you had the option of driving it around a sunny Hawaiian island. And, that’s as close as anyone has ever gotten to experiencing this Chrysler supercar.

The monumental failure of this car had some Americans crying in their sleep. Looking ridiculously cool and capable of taking on European counterparts, this concept was unveiled at the 2004 Detroit Auto Show.

Aimed at scaring the likes of Ferrari, Lamborghini, Porsche, and so on, the ME 4-12 was supposed to pack a quad-turbo 6.0-liter V12 engine, good for about 850 ponies and 850 lb-ft of torque. Yet again, development costs have ruined the day. 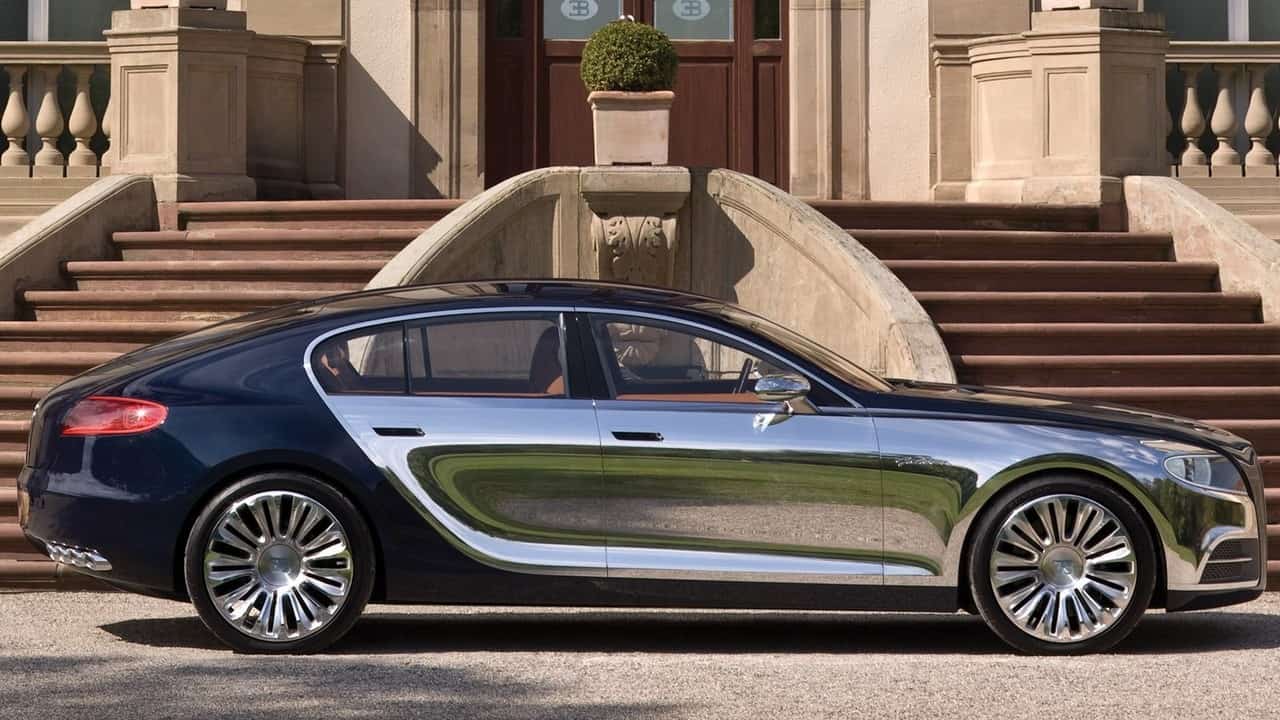 If this concept looks familiar to you, it’s because it should. This design is to the Bugatti Veyron what the Panamera model was to the Porsche 911. The Bugatti 16C Galibier was aimed at luxury saloon enthusiasts and was meant to follow in the footsteps of the very successful and expensive Veyron model.

Introduced as a concept car back in 2009, Bugatti’s design quickly fueled all of our dreams but it was equally fast ignored, in favor of the Bugatti Chiron – the technological upgrade to the Veyron. It seemed that Bugatti officials decided it was a bad idea to invest more time and money in a 4-door super fast and luxurious saloon. 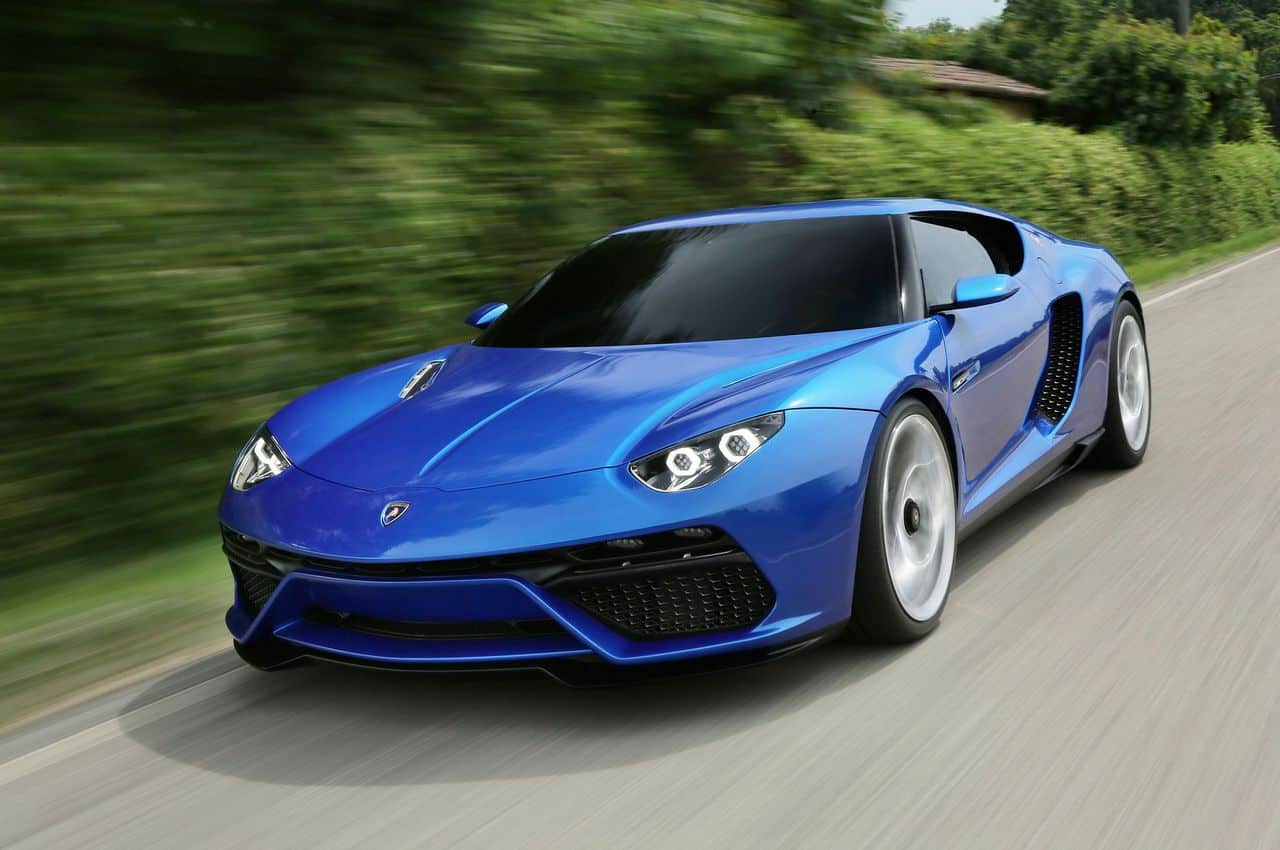 Even though it’s not exactly the biggest auto show in the world, the Paris Motor Show is always an event that makes car enthusiasts daydream endlessly, especially when it comes to car concepts. In 2014 the radical Lamborghini Asterion managed to stand out of the crowd there – that’s a powerful statement in itself.

This drool inducing hybrid represented the Italians’ efforts to minimally reduce their emission levels, while the V10 engine under the hood still managed to develop exactly 910 ponies. Although it got everyone excited, they’ve pulled the plug and decided to focus on the Lamborghini Urus instead. Was it a good decision? 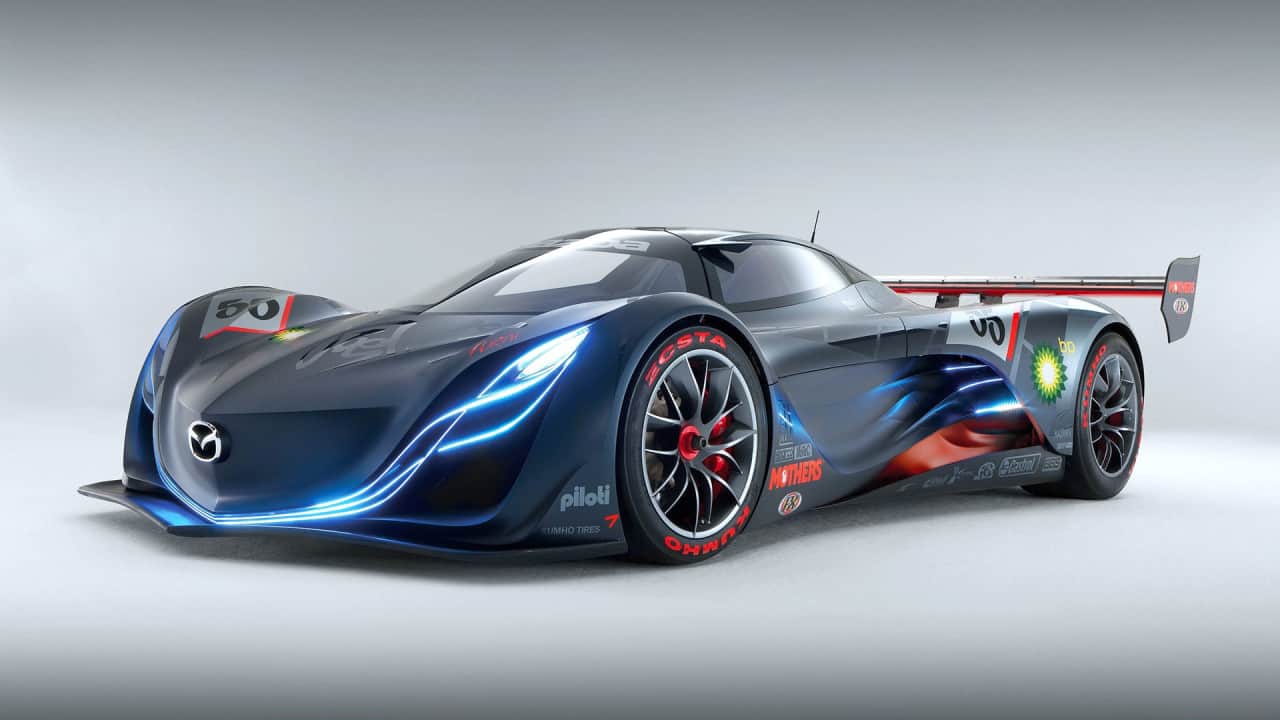 Looking like a dangerous piece of machinery, able to kill by merely ‘looking’ at you, the Mazda Furai managed to impress anyone, when it was revealed in 2007. The name Furai, meaning ‘sound of the wind’, was most likely inspired by Japan’s culture and their famous deadly Samurai warriors. It was definitely a fitting choice.

Specially built to rock the track and destroy everything in its path, the Furai was based on a Le Mans prototype chassis. The company’s head designer teased everyone by strongly hinting towards a production model, and millionaires were already calling their accountants for the purchase.

However, the “Nagare” design language was not enough to make this a successful concept. The last working Furai car was damaged by fire while taking part in the Top Gear motor show, and that was that. What a shame. 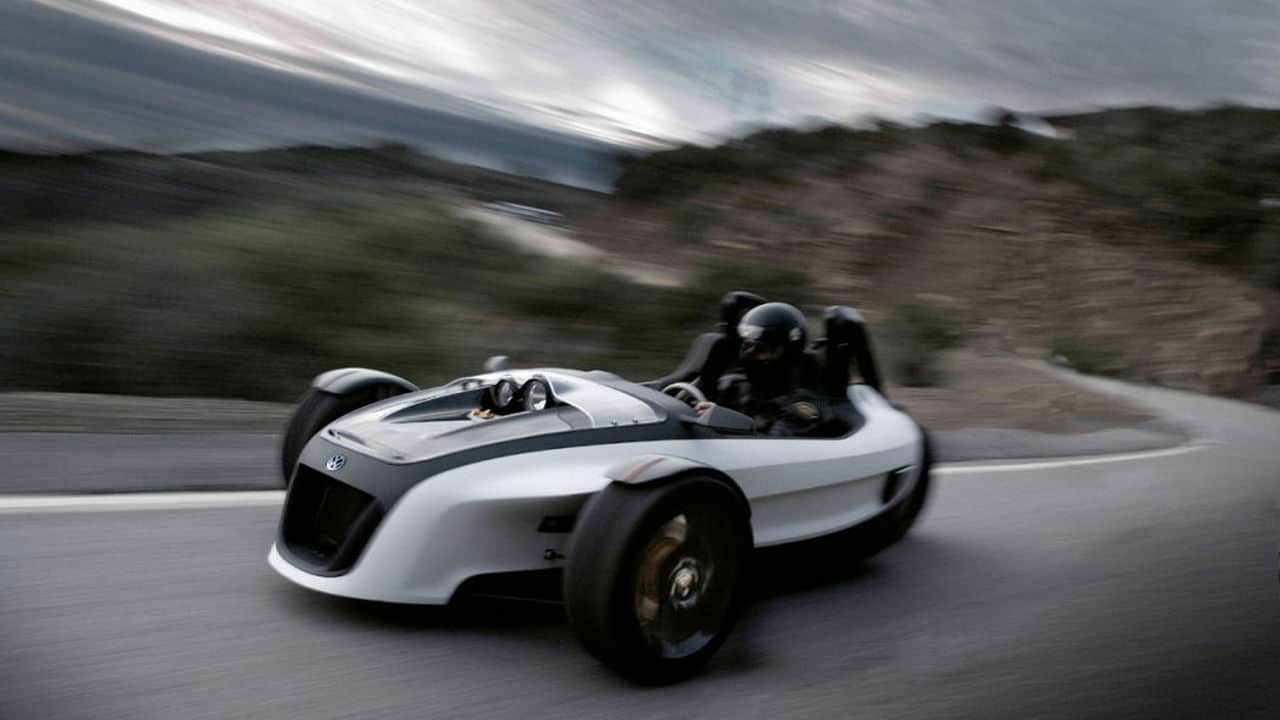 Let’s just be honest – looking as crazy as it does, the Volkswagen GX3 was most likely going to end up getting scrapped from the get-go. However, it was an original idea, one that got a lot of people talking, including us. Revealed in 2008 at the Los Angeles Auto Show, the three-wheeler was spotted for months, while VW engineers fiddled around with the trike’s performance and buildability. It all looked good.

The California-designed concept bragged about some cool numbers – 0 to 62 mph in 5.7 seconds and 46 miles per gallon while a purchase cost of less than $17,000 was surely teasing everyone. A 1.6-liter four-cylinder worked alongside a six-speed manual, with tuning from Lotus supposedly part of the offering, had a lot of people wondering about this ride.

Some even got to get their names on a Volkswagen dealer’s list, with the GX3 scheduled to arrive a year later. It never happened, because the company’s lawyers did not approve a vehicle without stability control, airbags, and other safety features in fear of liability against eventual legal battles with potentially injured drivers or passengers. How about that? 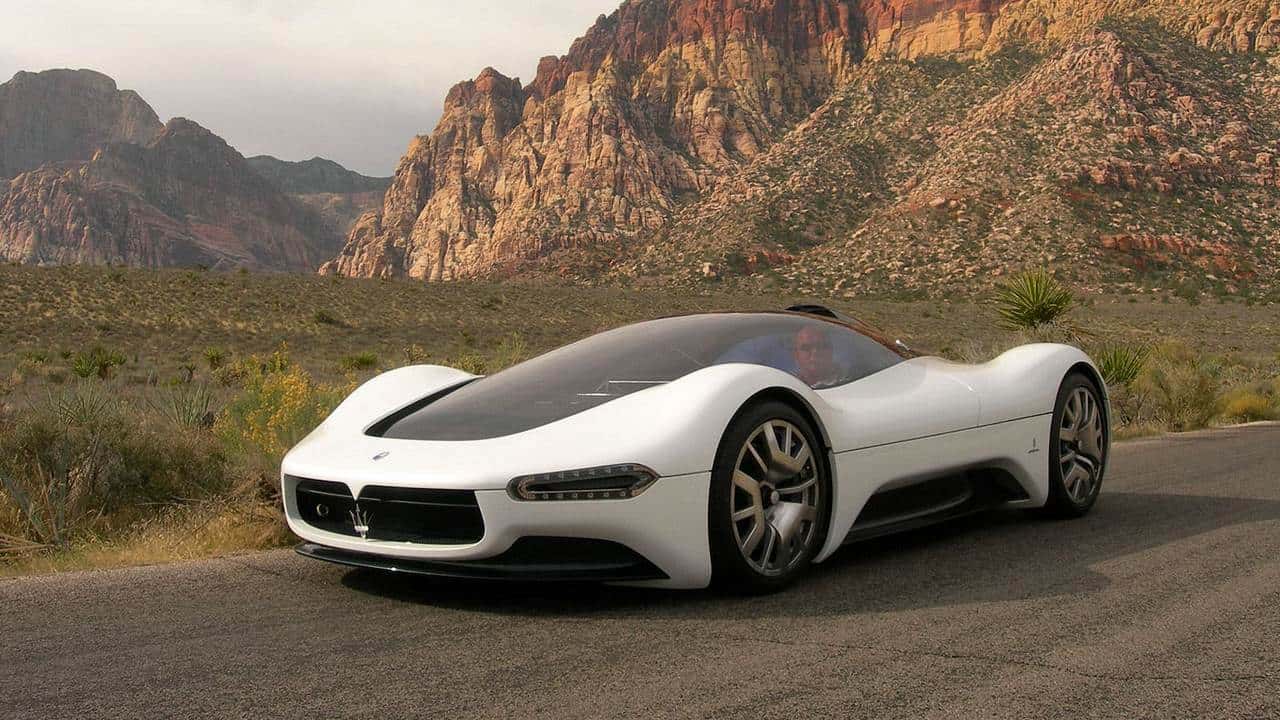 This wild concept car had a V12 engine developing an astonishing 700 hp, with a superb look that was reminiscent of 1980s Hot Wheels toys. You still remember those futuristic-looking toy cars, don’t you? The 2006 Maserati Birdcage was specially built to celebrate the company’s 75th anniversary, but unfortunately it stopped there.

Designed together with Pininfarina to honor all Maserati racing cars before it, this car had seriously big shoes to fill. Looking back to the past, while also featuring some cool and futuristic lines and equipment, this concept never made it to reality. Too bad. 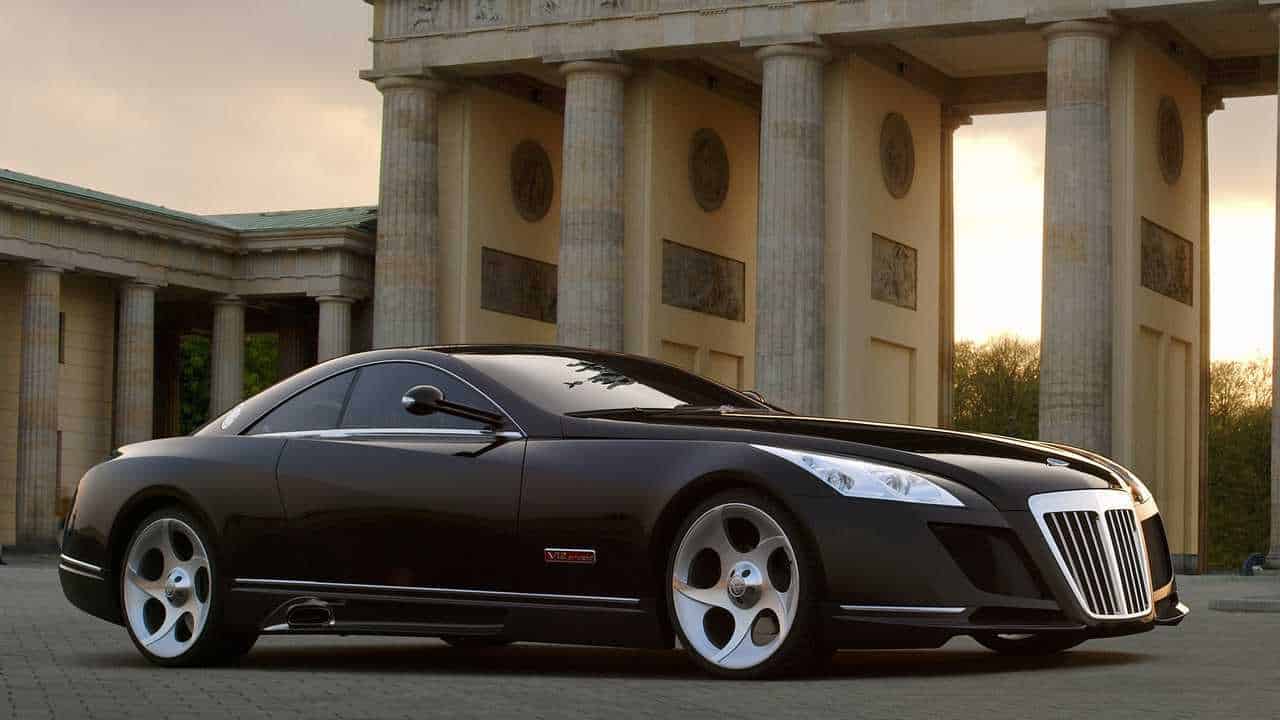 Not fitting to everyone’s taste, the unique concept you see here was revealed in 2005. Truly unique for its time, this one-off high-performance vehicle has an odd story. It seems that it was developed to provide a fitting vehicle to Fulda, as the German tire manufacturing company was preparing to release their new Carat Exelero high performance tire range.

That was the main reason behind this strange design and very powerful sports car. The Maybach Exelero was 300-inch in length and weighed in at 2.6 tons. Add in the powerful V12 engine, good for about 690 hp and 752 lb-ft of torque, and you’ve got yourselves a successful recipe.

Able to do 0 to 60 mph in 4.4 seconds and reach a top speed of 218 mph, this outrageous Maybach sports car proved to be way too expensive for the real world. 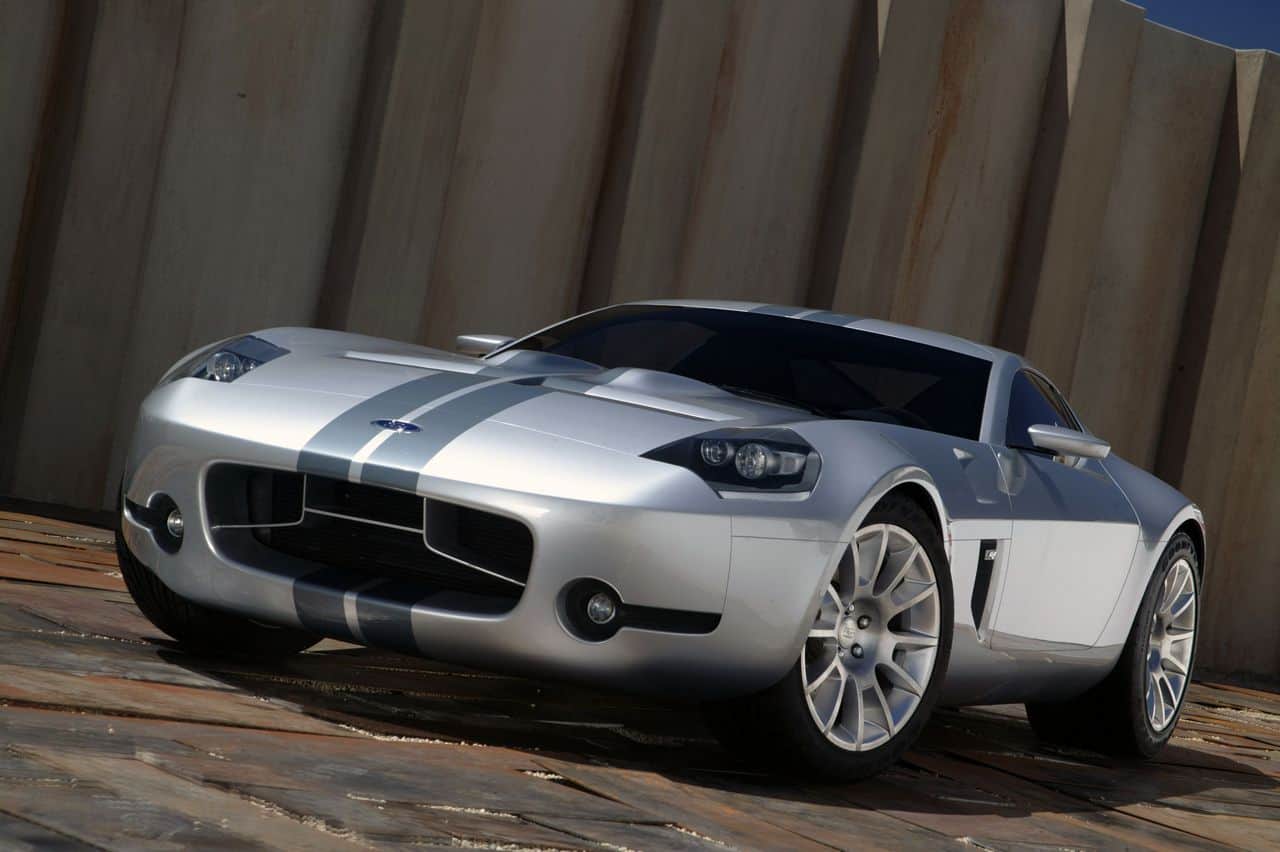 You just can’t say Ford did not build cool cars; they sure did. The power, torque, and sound from a Mustang is something that cannot be described in simple words, and if you’re thinking performance.. well, Shelby is the name that instantly pops up into your mind.

The Ford Shelby GR-1 was designed to top the famous Ford GT, an incredible supercar that stormed the racetrack during the 1960s – some of you may remember it conquering LeMans four years in a row. I believe one of those vehicles is still driving on the roads, today – that’s a unique piece of automotive history, right?

The styling of the Ford Shelby GR-1 was actually inspired by the 1964 Shelby Daytona Coupe. This concept had the vibe, the looks, and the power fitting to bear the Shelby name. A 6.4 L V10 engine was tucked under the bonnet, developing around 805 ponies, which was more than enough for that period.

With a rear-wheel drive and six-speed manual, it seemed that the perfect car would come from Ford after all. At least, we were fooled into thinking that way, as Ford ended up canceling the project. 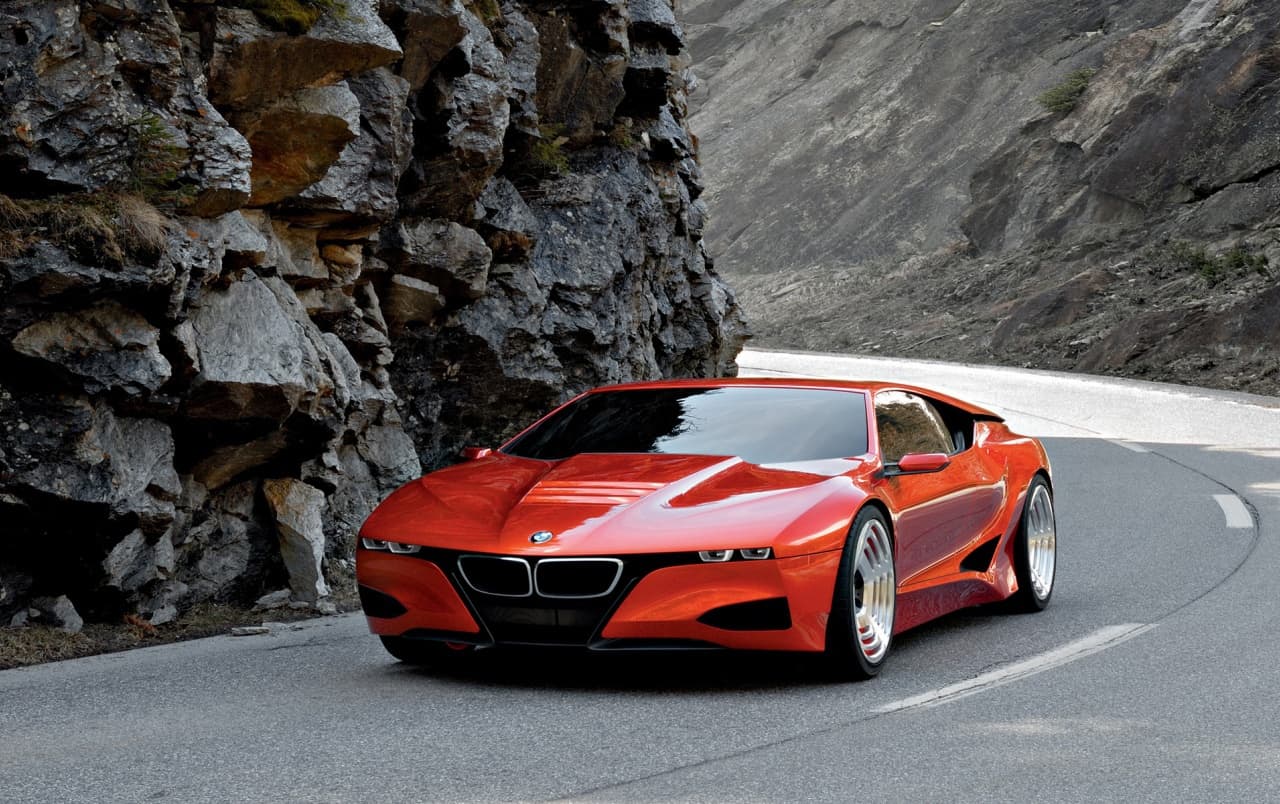 I think it’s safe to assume everyone remembers this one. Yet another famous German design, the BMW M1 Homage was meant to honor the original M1 car – and so it did. As many of you already know, the sole purpose of the M1 car was to allow BMW to race at Le Mans. A good idea in itself, that resulted in an incredibly cool, high-performance vehicle.

However, reliability issues and high pricing resulted in limited production and a very collectible automotive icon. Back in our times, we have to admit the M1 still inspires and still haunts our dreams. The breathtaking M1 Homage looked like a blast from the past, combining subtle retro lines, reminiscent of the 1980s, with futuristic details. We were all very excited until we found out that BMW had no intention to bring this incredible design to the roads.

10 Cars that Never Made it to Production 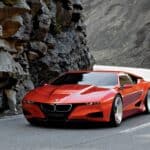 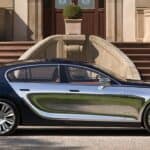 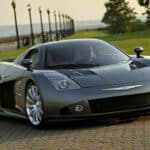 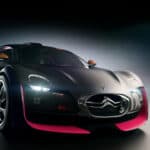 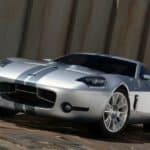 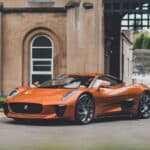 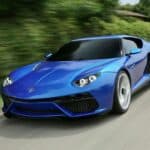 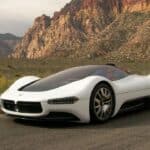 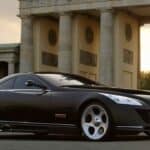 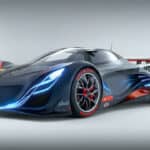 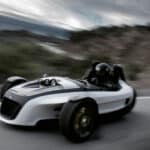 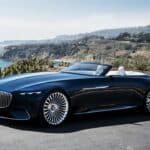 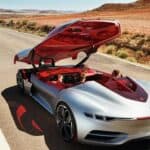