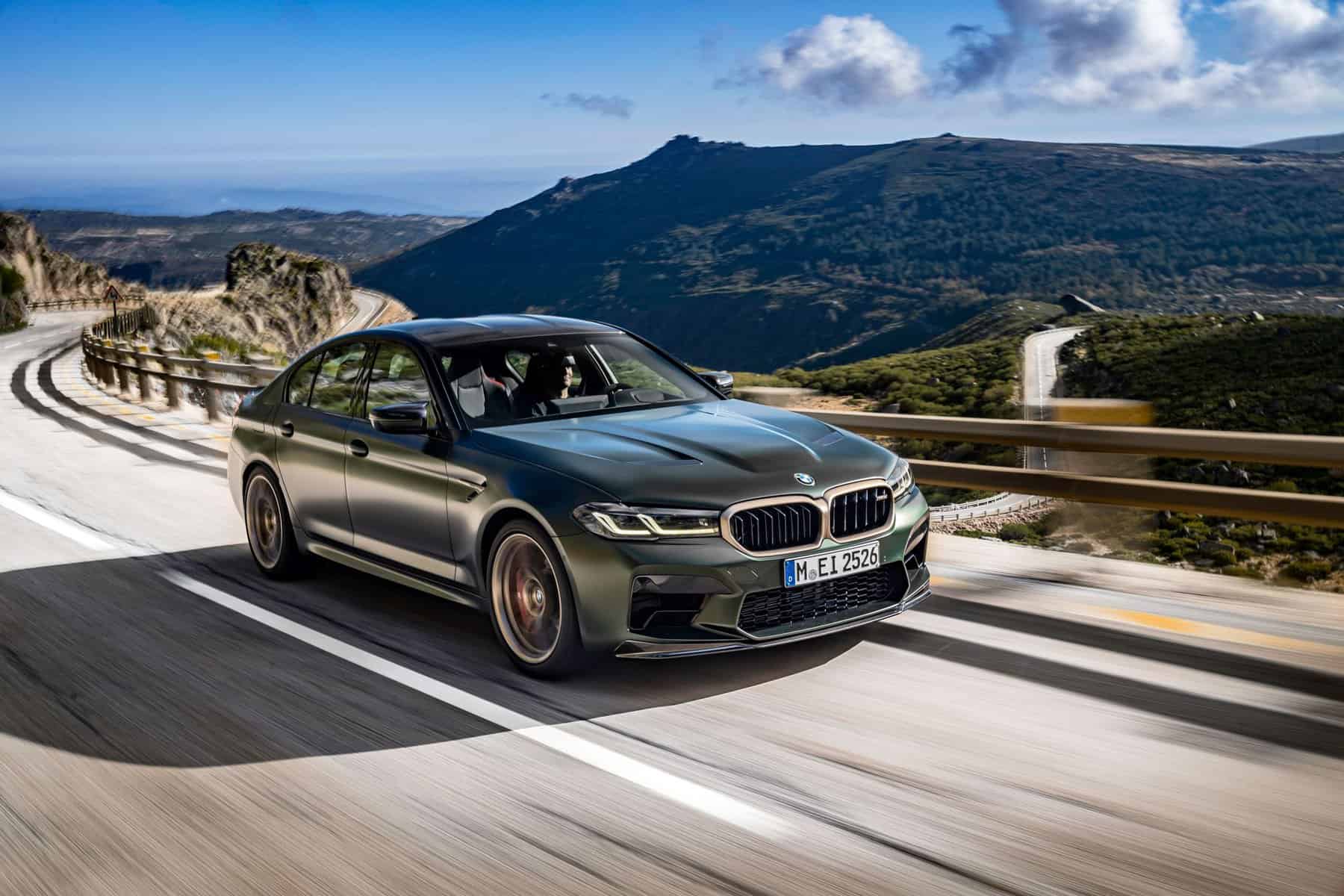 With electric cars taking over the world, it’s only a matter of time until the gas powered car will be gone. And while this is a great move to make our world greener and sustainable, we’re sorry to see some of the most cherished cars and engines ever created disappear into oblivion, taking with them all the roar, the smell and the pull which have kept us pushing our limits on the road for the past decades.

It’s the V8 we’re talking about here, a symbol of the iconic American muscle car and of some of the greatest sports cars ever created on the European continent. It’s what most people think about when they dream of fast and powerful cars with a personality.

But before we part ways, there’s still time to enjoy all the great things that the old school V8 brought to the car industry. The market is flooding with turbocharged engines, hybrids and electrics, but you can still find new cars equipped with the good old V8 for a little while.

If you’re not yet ready to let it go and want to enjoy that raw speed and power that only a V8 can provide, we’ve put together a list of the 20 best V8 cars you could buy right now. 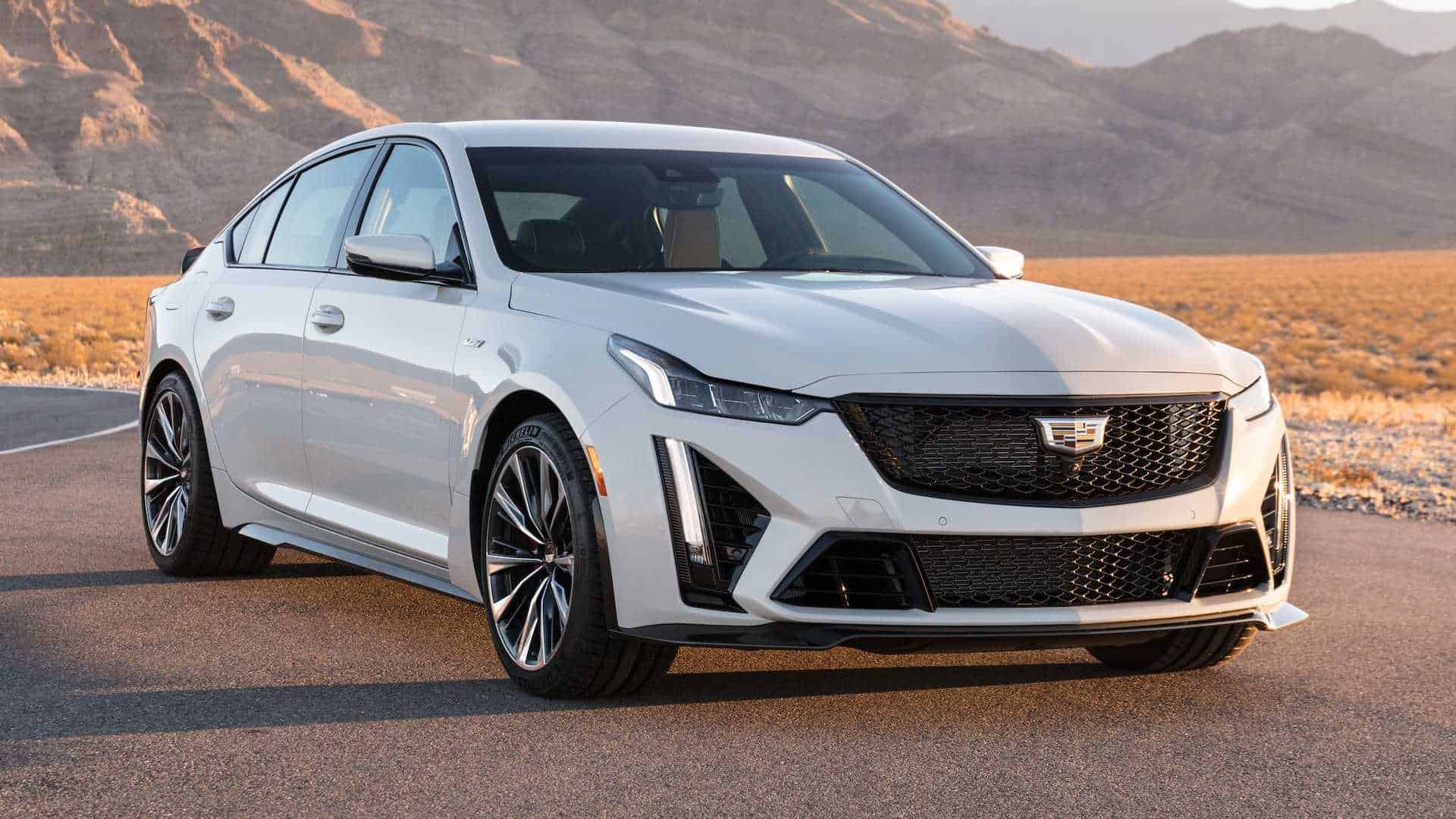 One of the obvious choices when it comes to the American luxury sedan, the Cadillac has become a symbol in itself in the past 15 years. The new CT5-V Blackwing brings back the fame of its older brother, the Cadillac CTS-V, one of the most cherished Cadillacs ever created, but one which went out of production back in 2019.

The Cadillac CT5-V Blackwing has now conquered the title of the most powerful Caddy every produced, with a supercharged 6.2 liter V8 under the hood, capable of 28 more horsepower than its predecessor. The CT5-V keeps the American V8 spirit alive and the top speed above the 200mph mark, where we like it. 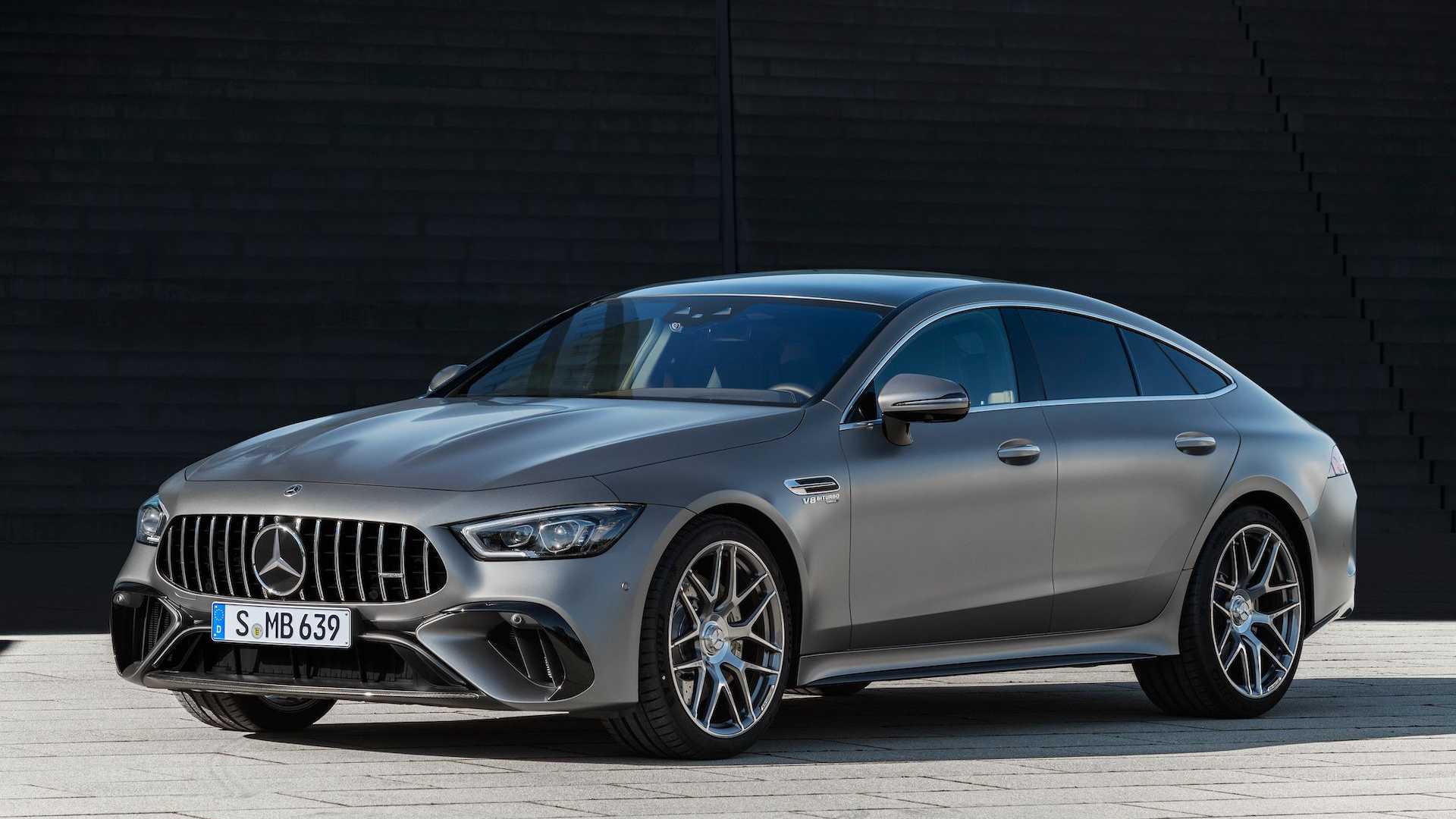 More powerful than its high end brother, the AMG GT R supercar, the Mercedes-AMG GT 63 S 4-Door luxury coupe is nothing to laugh at, despite having too many doors.

Equipped with the 4.0 liter twin turbo V8, which is found on many of the new Mercedes cars these days, the AMG GT 63 S 4-Door Coupe is a beast, ready to take on everything on the road with its 630 horsepower and 627 lb-ft of torque.

And it’s not ugly either, especially with a set of black five-spoke mono-block wheels. 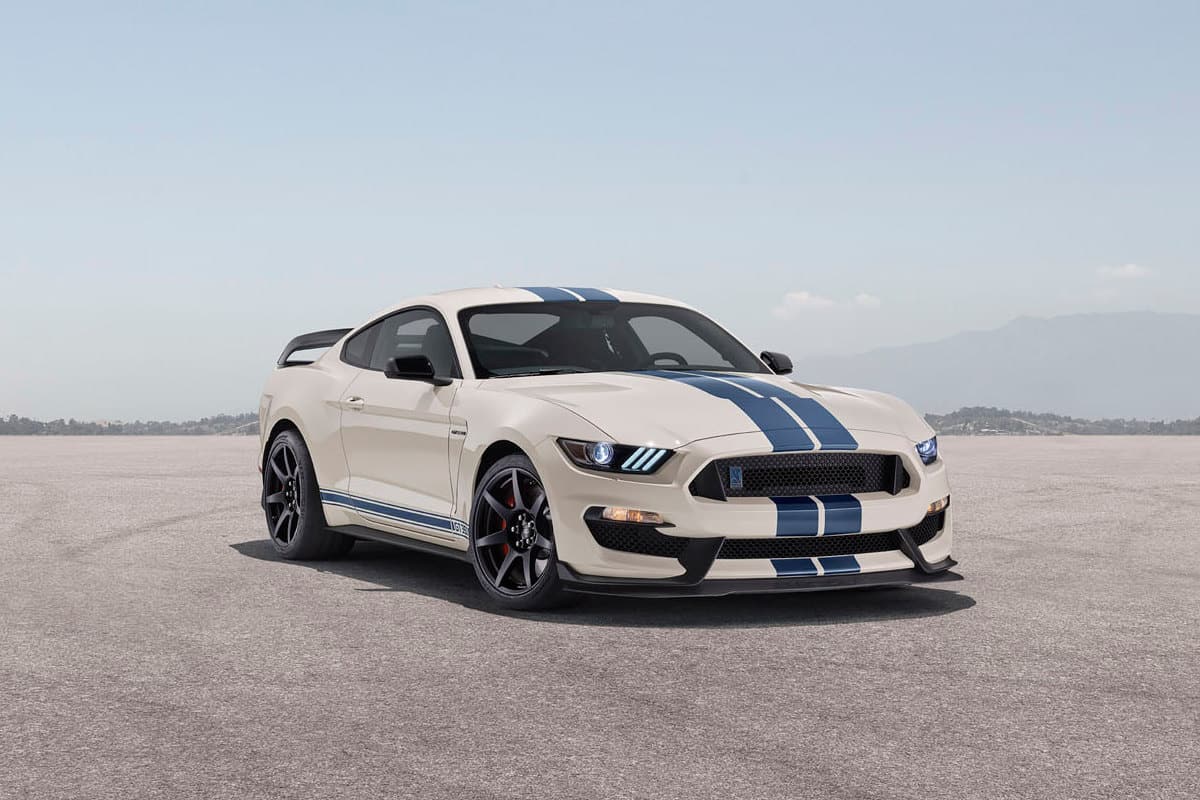 One of the American muscle car legends, the Ford Mustang Shelby GT350, is still a dream that can come true for the die-hard fans of the V8 engine. The car is still available today.

Featuring a 5.2 liter Voodoo V8, capable of 526 horsepower, the Shelby GT350 is the most powerful naturally aspirated V8 car you can buy today. 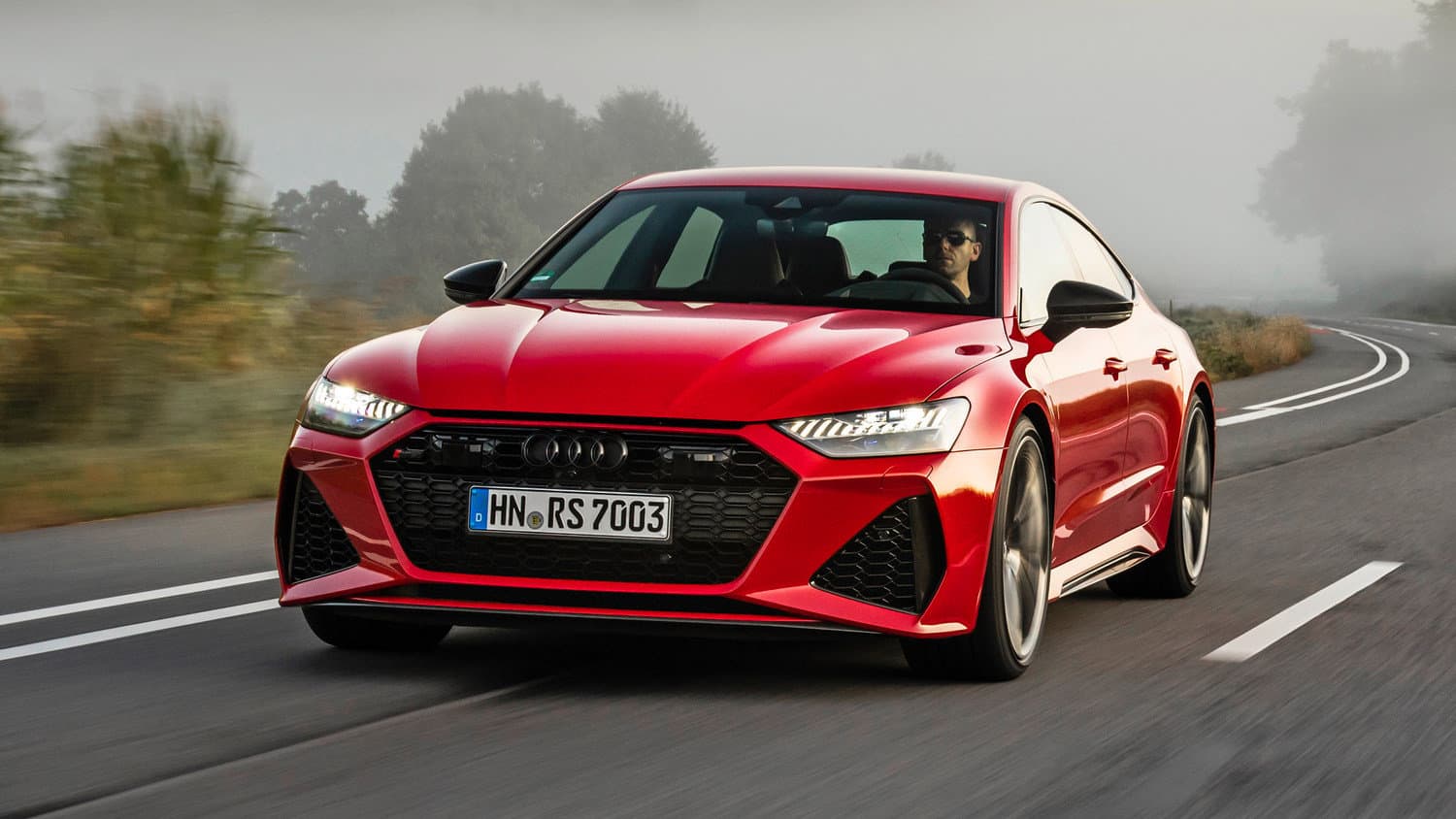 With hot hatches coming with turbocharged four cylinder engines most often than not, it’s a little bit odd to find out there are still producers who like to give their sporty hatchbacks a proper V8.

And one of them is Audi, with their top tier luxury RS7 boasting a 4.0 liter V8 which makes a whooping 591 horsepower and 590 lb-ft of torque. That puts the Audi RS7 at the top of the food chain, able to take on any hot hatch you might come across, and even many so called supercars. 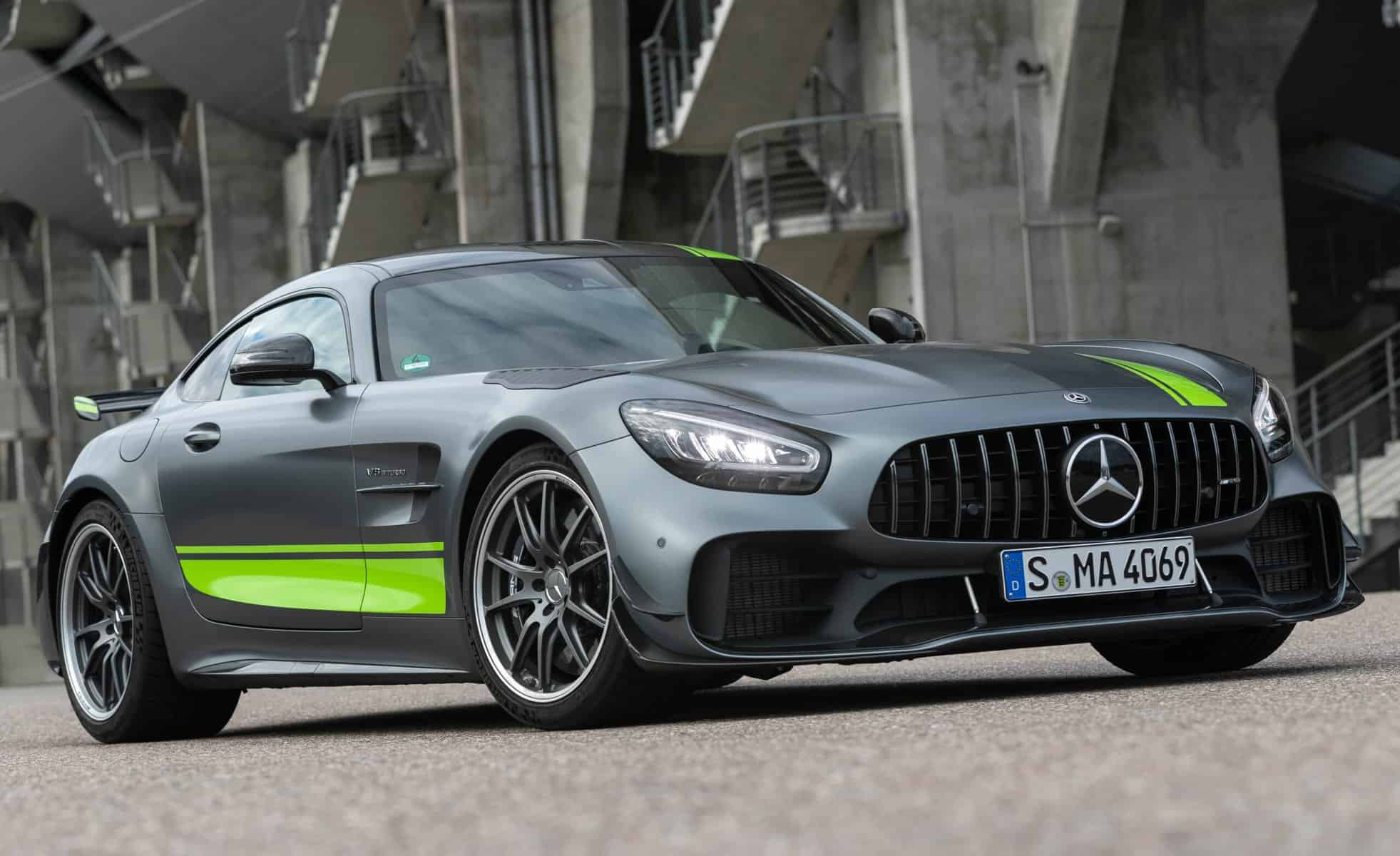 The track ready Mercedes-AMG GT R Pro is probably one of the best V8 equipped options from the European side of the pond.

Coming with the same 4.0 liter twin turbo V8 as its four door sibling above and with high end aerodynamic upgrades as the “Pro” package, the AMG GT R Pro will surely make for a fun car to drive. 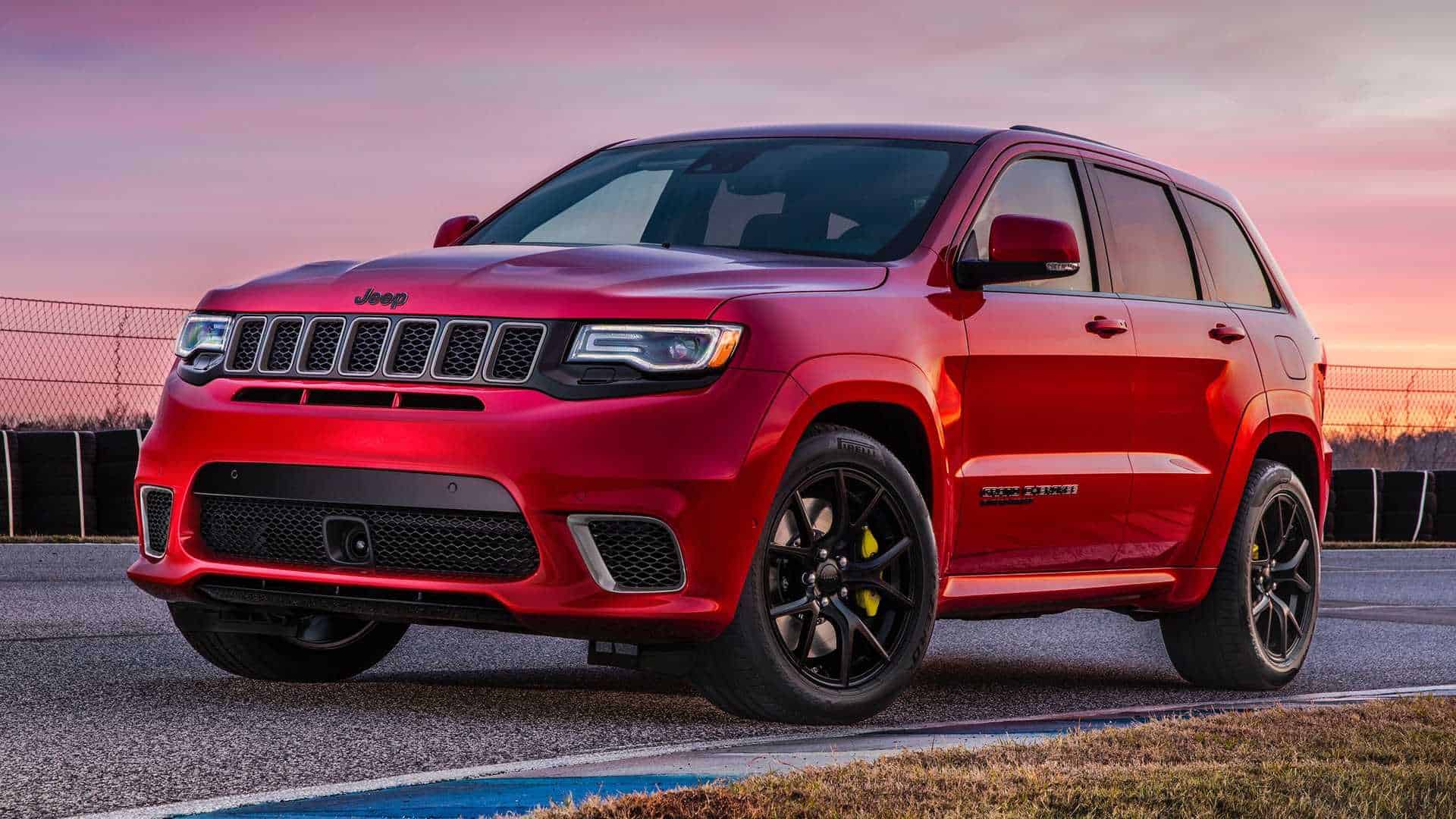 For those who long for the same power of a muscle car but with the abilities of an off-roader, there’s the Jeep Grand Cherokee Trackhawk, which blends all the comfort and utility of a four door SUV with the raw might of no less than 707 horsepower.

The model comes equipped with a 6.2 liter supercharged V8 capable of getting all those 707 horses unleashed, so you never have to worry about speed and power on and off the road. 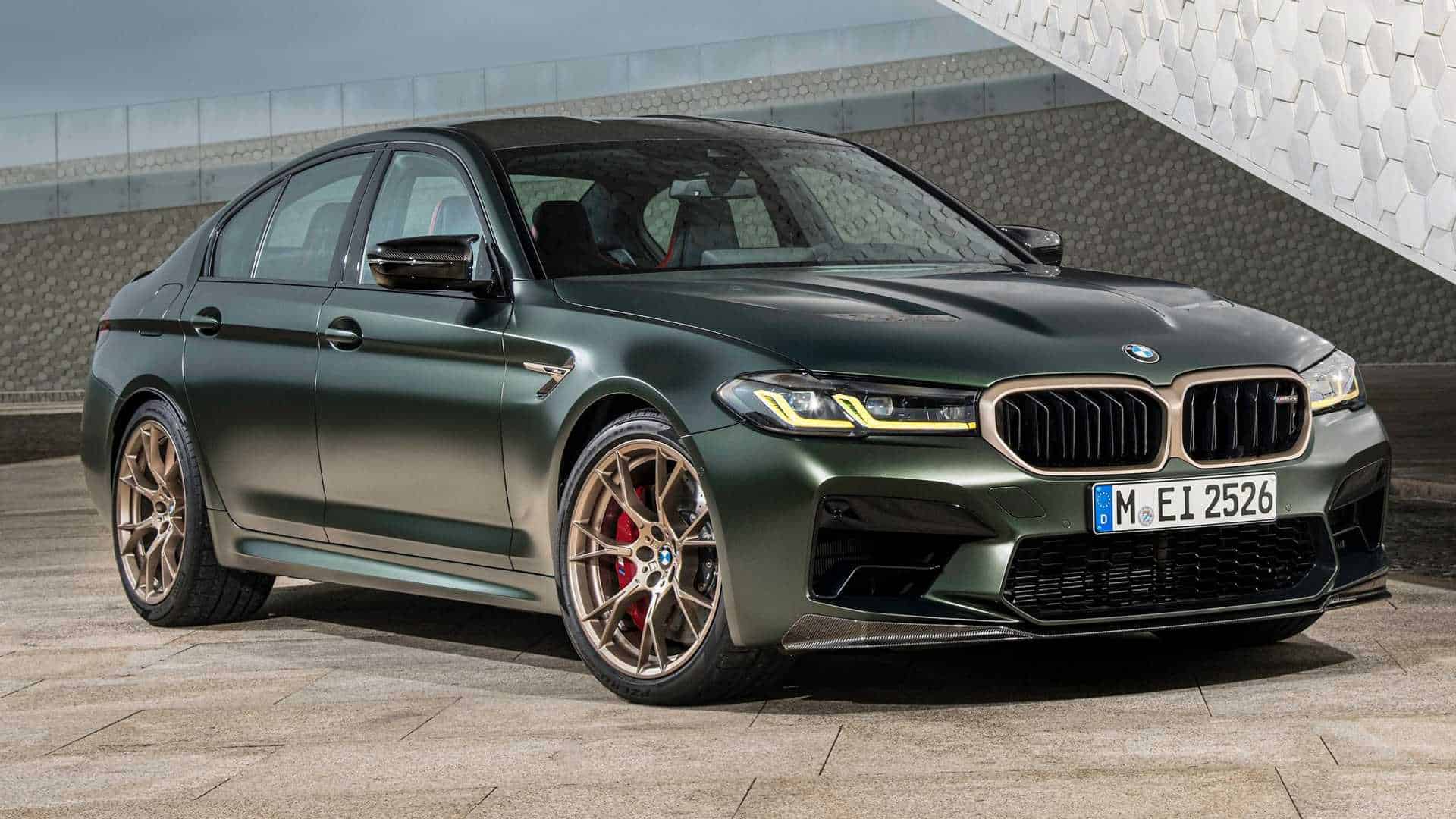 With the new all wheel drive (AWD) powertrain, the xDrive, and a 4.4 liter TwinPower Turbo V-8, the new BMW M5 is definitely no slouch.

Capable of 617 horsepower, the V8 can push the new M5 from zero to sixty in only 2.8 seconds, so you can be sure it means business. 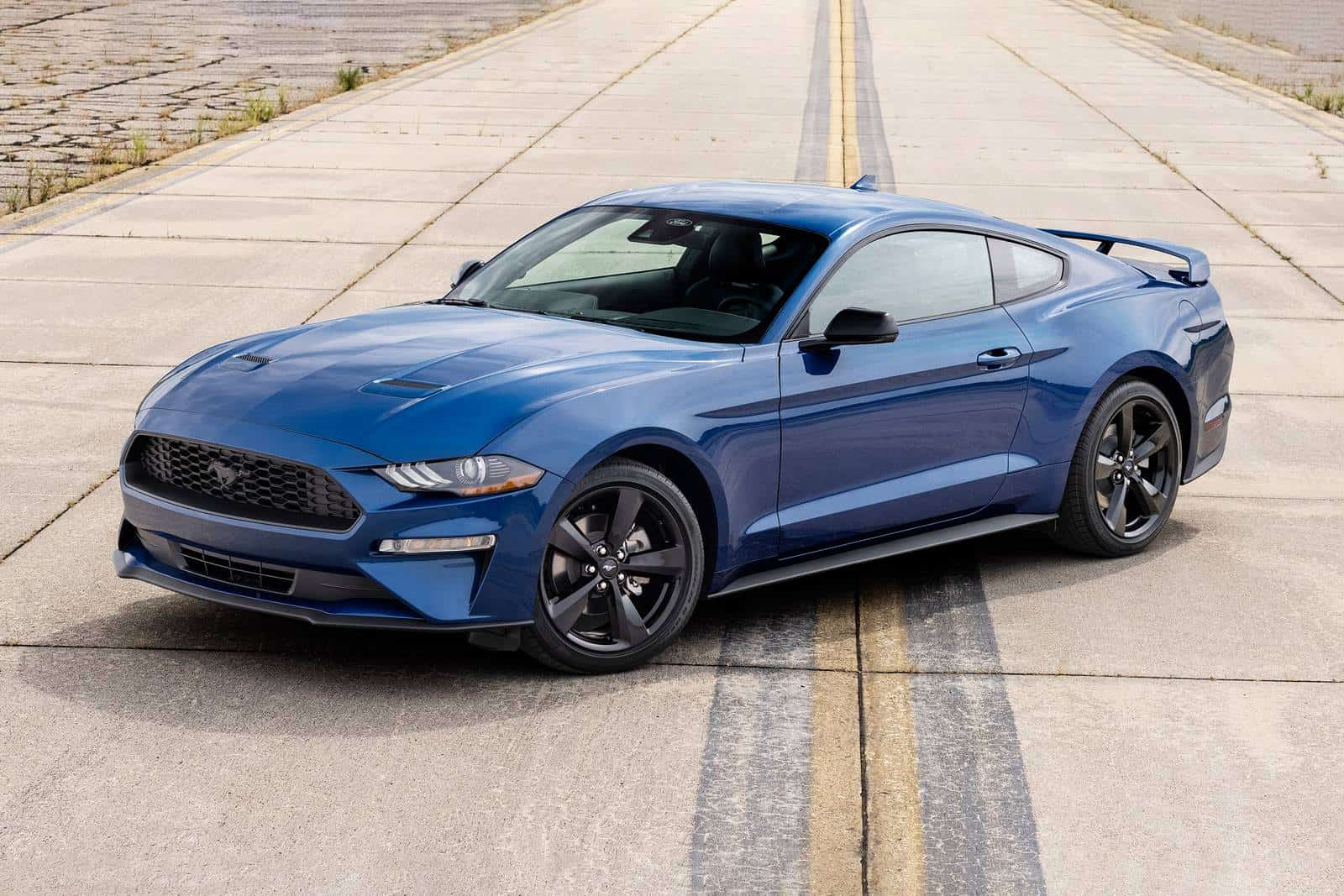 Despite a less powerful engine than the Shelby variants, the Ford Mustang GT and its 5.0 liter V8 still produce serious power to give you plenty of fun on the road.

And it’s a good old fashioned and trusty V8, so there’s nothing to complain about here. 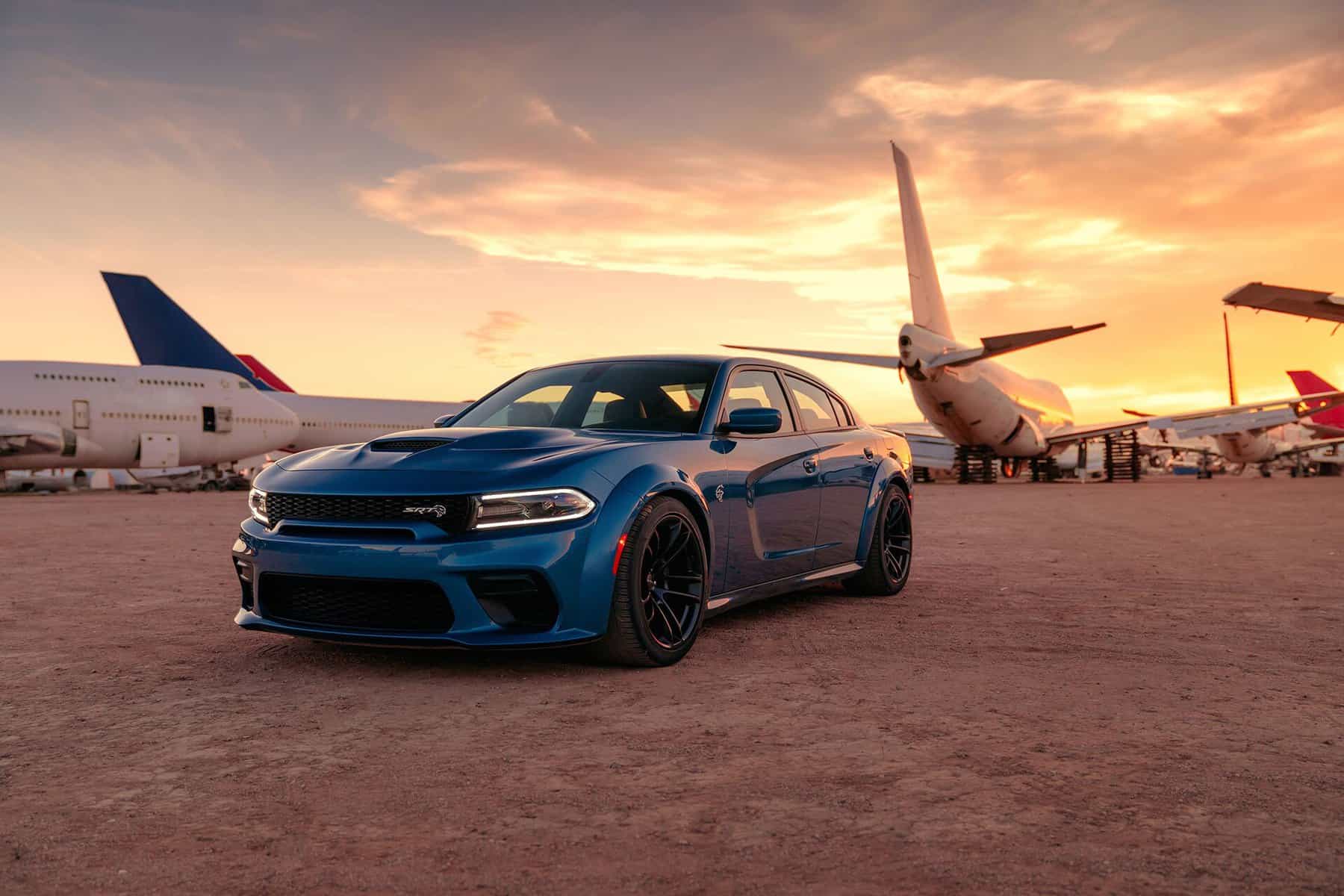 If you need a little more Charger than the standard version, the Dodge Charger Hellcat Widebody delivers. It features wider fenders and an overall wider track over the standard model, which gives it better stability and a more tougher look.

The 6.2 liter HEMI supercharged V8 engine promises plenty of fun on the tarmac and a sound to impress anybody. Everything inside and outside speaks of performance, but the V8 under the hood is the real star. 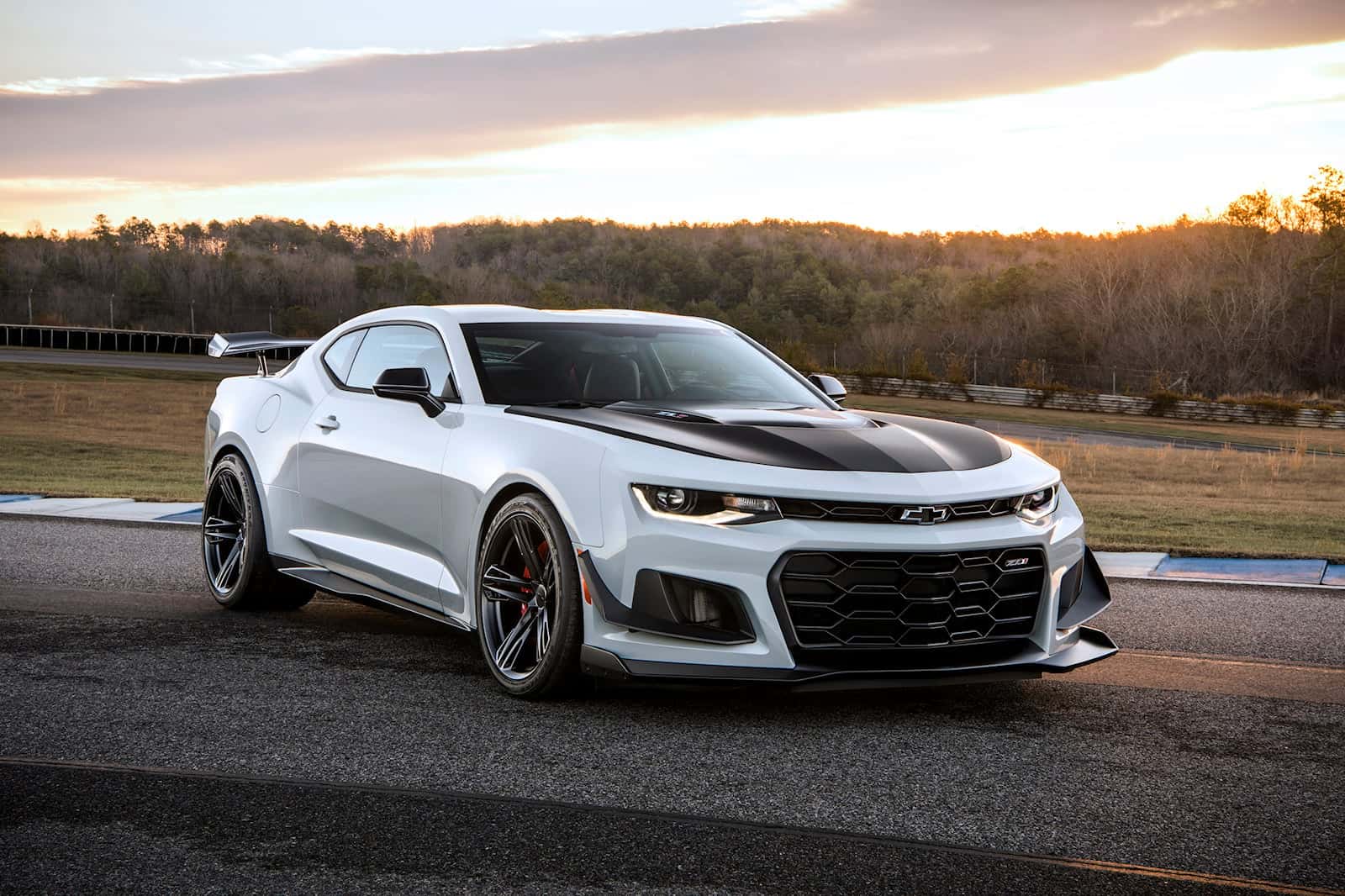 One of the greatest track cars and the best that GM has ever built, the Camaro ZL1 1LE comes with an amazingly powerful V8 under the hood, the same engine as in the Corvette Z06.

It’s a 650 horsepower supercharged V8, which in combination with the car’s good aerodynamics and the nice Multimatic suspension, proves to make the Camaro ZL1 1LE a worthy competitor to almost anything on the race track. 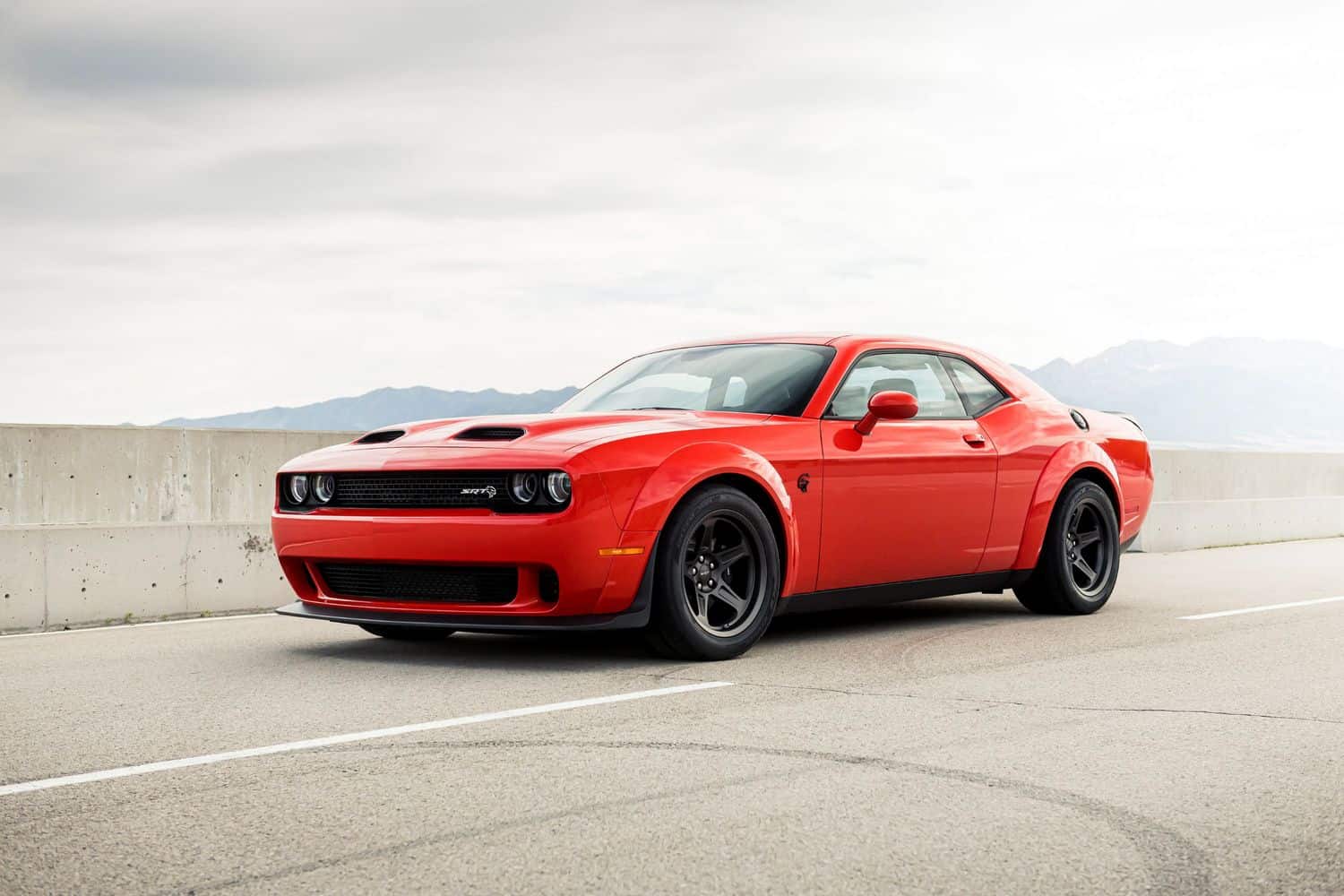 The Dodge Challenger Hellcat Redeye is more muscle car than you’ve ever dreamed of. Coming with a 797 horsepower 6.2 liter HEMI supercharged V8, this American icon is one of the most exciting cars ever made.

Over the years, it has remained true to its origins and has kept its retro look while growing more powerful under the hood. 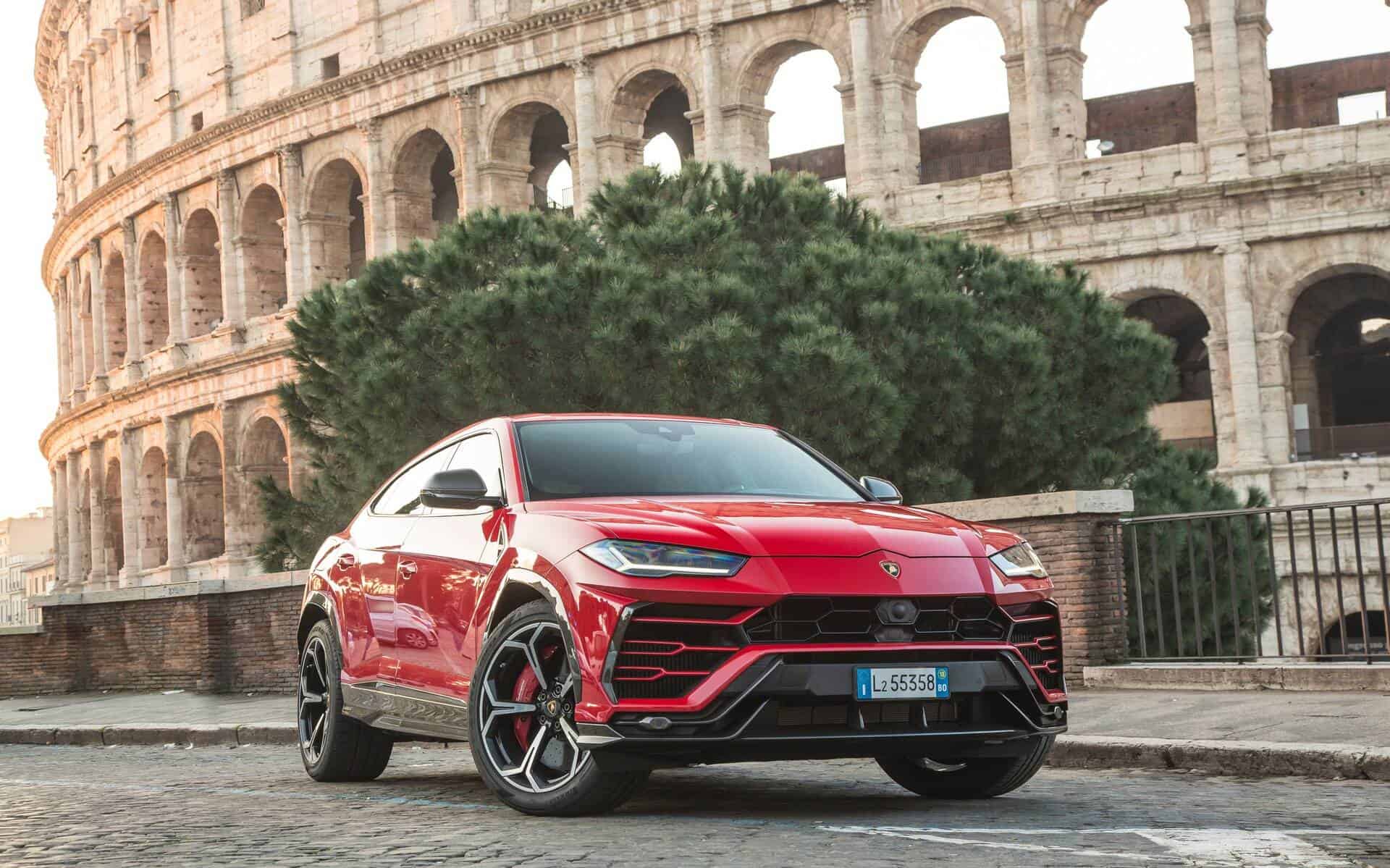 Lamborghini might be an odd addition to our list, and that’s because they’re not known for equipping V8’s under their super car’s hoods. And not because they couldn’t do it, but because they usually play with larger engines such as V10s and V12s.

But for their new and fashionable SUV, the Lamborghini Urus, they decided to go with what they would call a modest engine, the 4.0 liter twin turbocharged V8.

The extravagant addition to the luxury SUV market does have the serious performance of the Italian car-maker and the fun factor you’d expect from one.

Combining the legendary off-road capabilities of the iconic Wrangler with some serious performing engine, you get the Jeep Wrangler Unlimited Rubicon 392.

And while we know what it can do off-road, we’ll focus on the on-road aspirations here. Because it’s more than surprising. The 392 HEMI V8 with which it’s equipped makes the new Wrangler pick up some impressive speed and serious power.

Actually, it’s the fastest and most powerful Wrangler that Jeep ever made, capable of 470 horsepower and a zero to sixty in 4.5 seconds. We don’t know about you, but we surely are impressed. 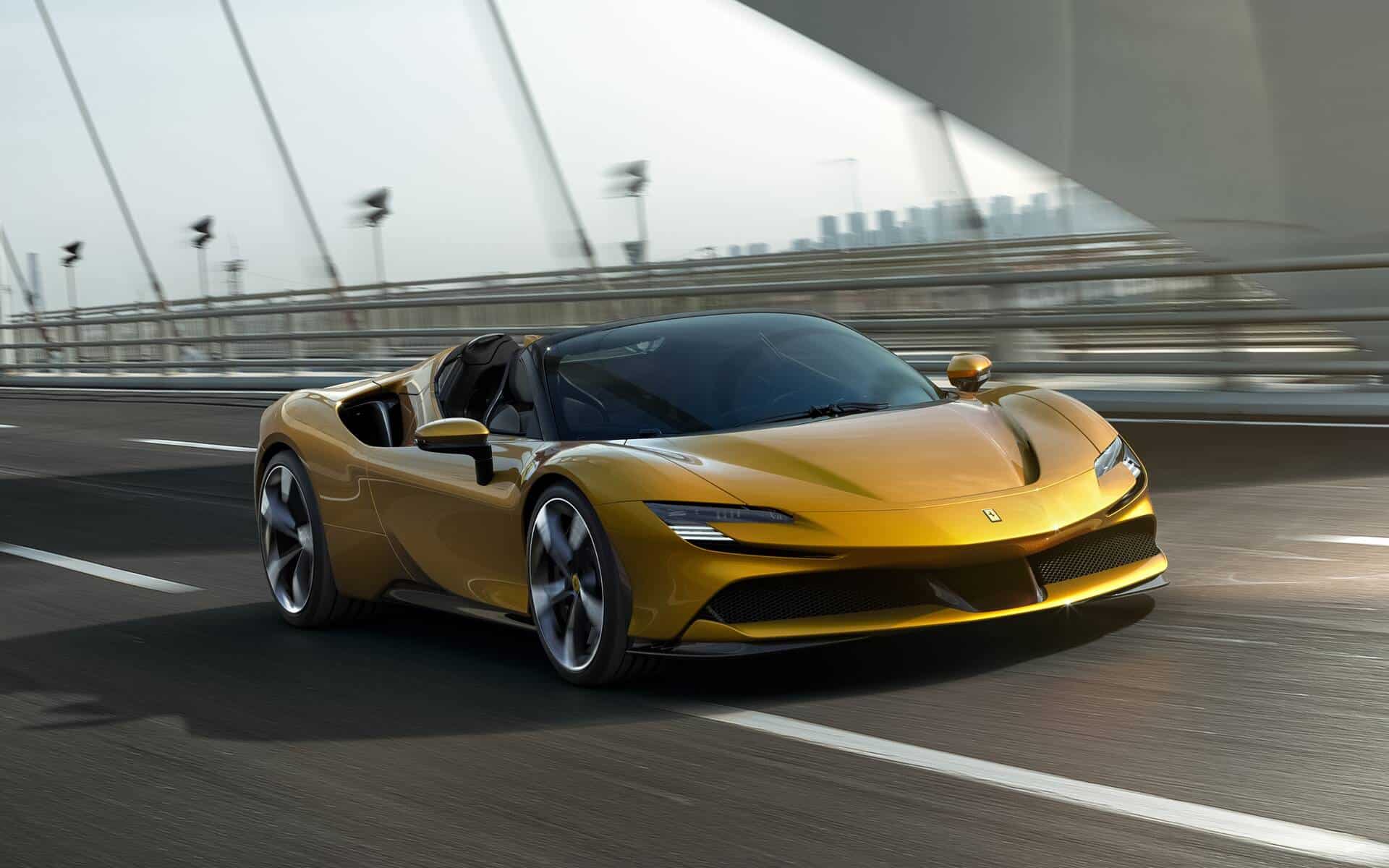 Dubbed a production supercar, the Ferrari SF90 Stradale is the Italian version of the American muscle car. One with more delicate lines and a finer approach to aesthetics.

But when it comes to power, it’s a pure breed with a 4.0 liter twin turbo V8 making no less than 769 horsepower on its own. We said on its own, because the Stradale comes with a hybrid powertrain, capable of a total of 986 horsepower.

This shouldn’t come as a surprise though, as the SF90 Stradale celebrates the 90th anniversary of Scuderia Ferrari, so expect only the latest and greatest from Maranello. 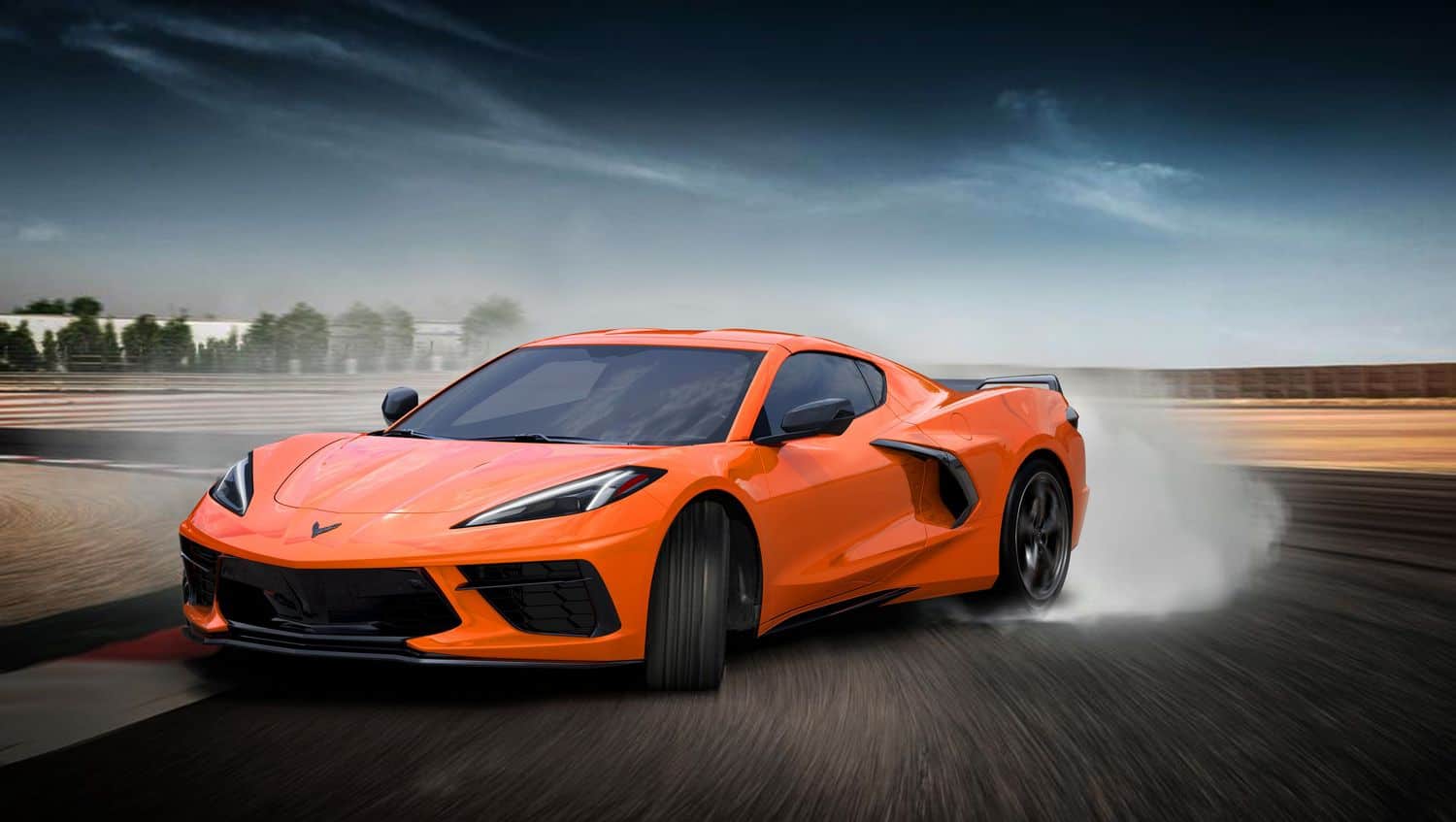 Powered by a 6.2 liter V8, the eighth generation of Corvette continues to amaze its fans with 496 horsepower and 470 lb-ft of torque, zero to sixty in under 3 seconds and mind blowing performance on the road. 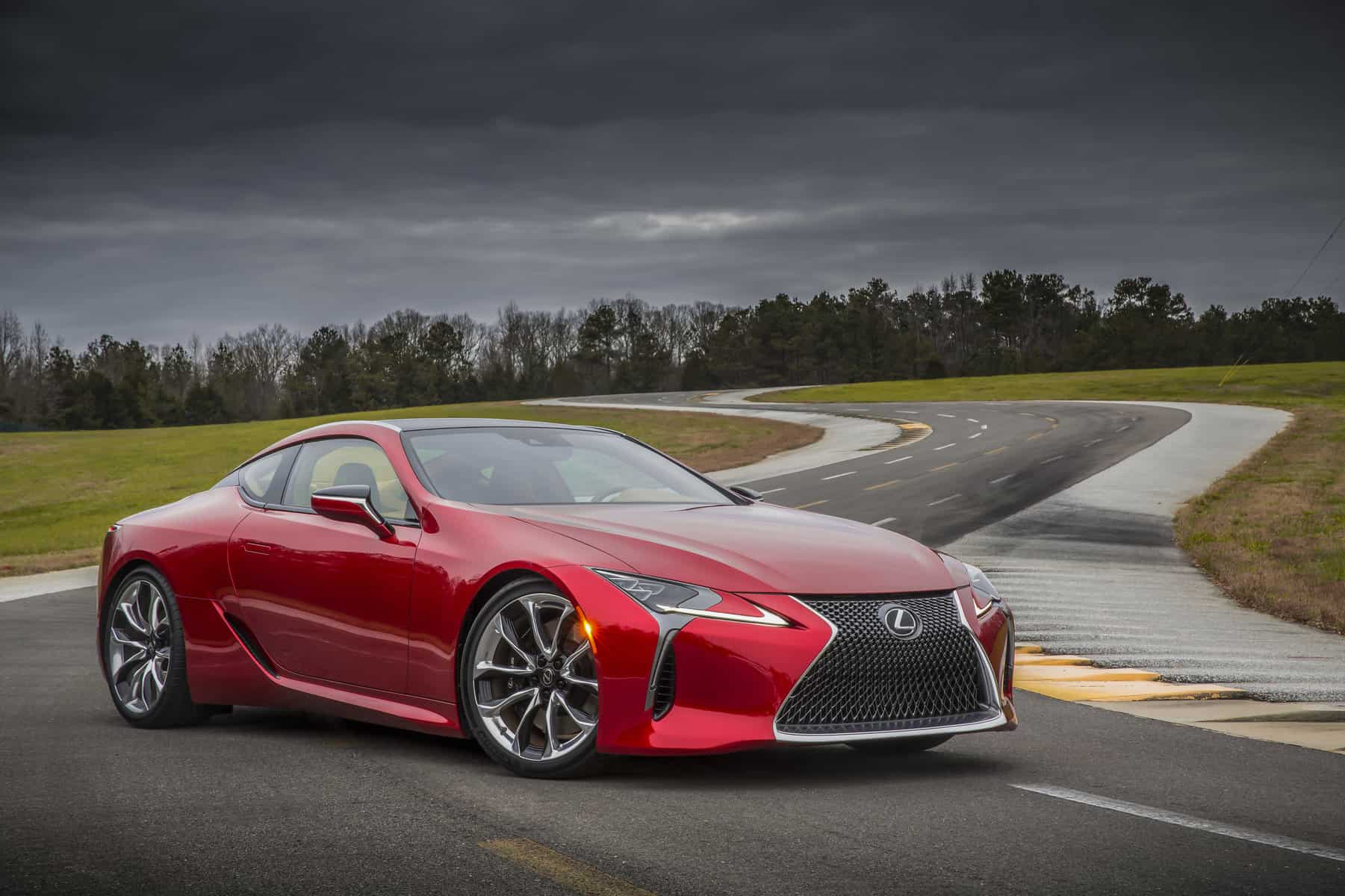 Lexus might come as another odd name on this list, with most people knowing them more for their luxury oriented cars than for their exoticism and raw performance. But they surprised us and everyone else when they decided to keep the naturally aspirated V8 around.

The gorgeous looking LC 500 is Lexus’s take on the beauty and the beast in the same package, offering a high end 5.0 liter V8 under the hood, pushing the car far and fast with its 471 horsepower and 398 lb-ft of torque. 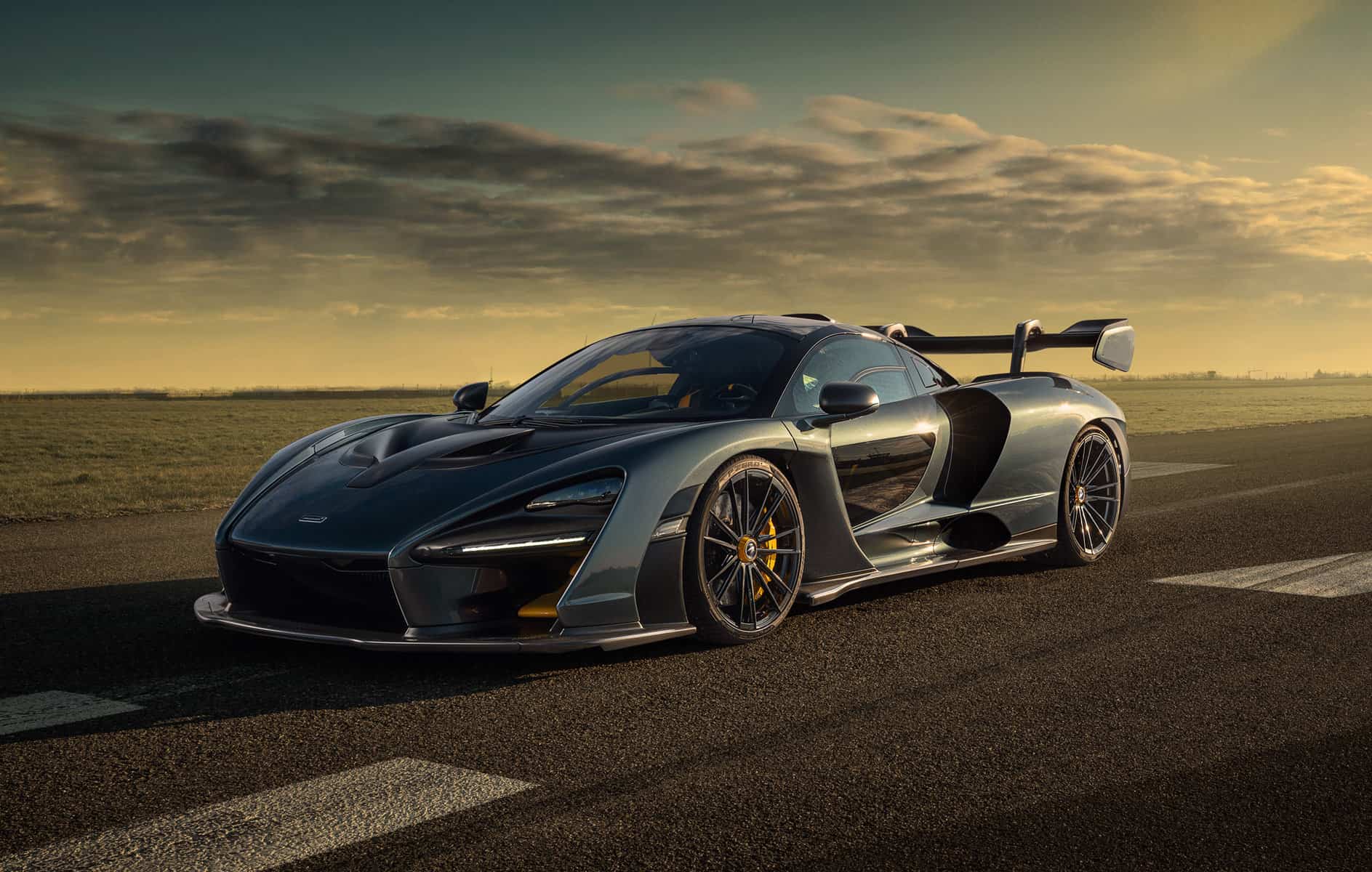 If not McLaren, then who else? In their latest track-ready road legal beast, the Senna, McLaren have put all their experience and personality to build the ultimate car.

Celebrating the greatest racing drivers of all time, the McLaren Senna offers one of the best driving experiences ever achieved, with the only purpose of being the best track machine in the world.

The Senna is powered by McLaren’s most powerful road car engine they’ve created so far, a 4.0 liter twin turbo engine, outputting 789 horsepower, which combined with the very light weight of the car, makes for an impressive show lap after lap on the racetrack.

There’s no downside to this car, except, well, maybe the price of $1.2 million. 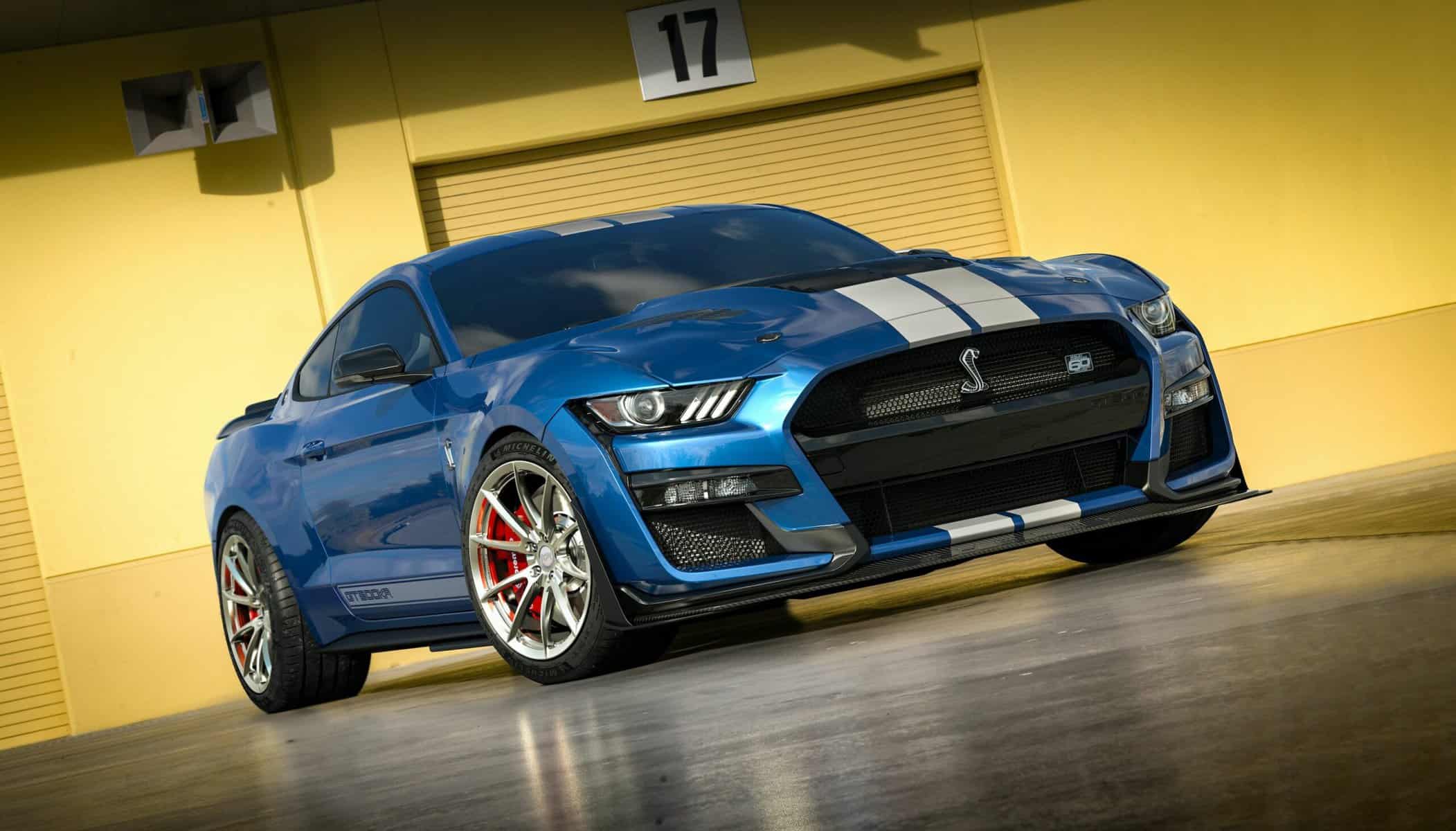 One of the iconic muscle cars in American history, the Ford Mustang is nothing but sheer power and mean looks. But when the brilliant team from Shelby American works its magic on it, then it’s even more incredible.

In its newest form, the Shelby GT500, it offers thrilling road joys with its 5.2 liter supercharged V8, ready to unleash all 760 horses and push you deep in your seat for just 3.3 seconds from zero to sixty.

If that doesn’t make you happy, we don’t know what will. 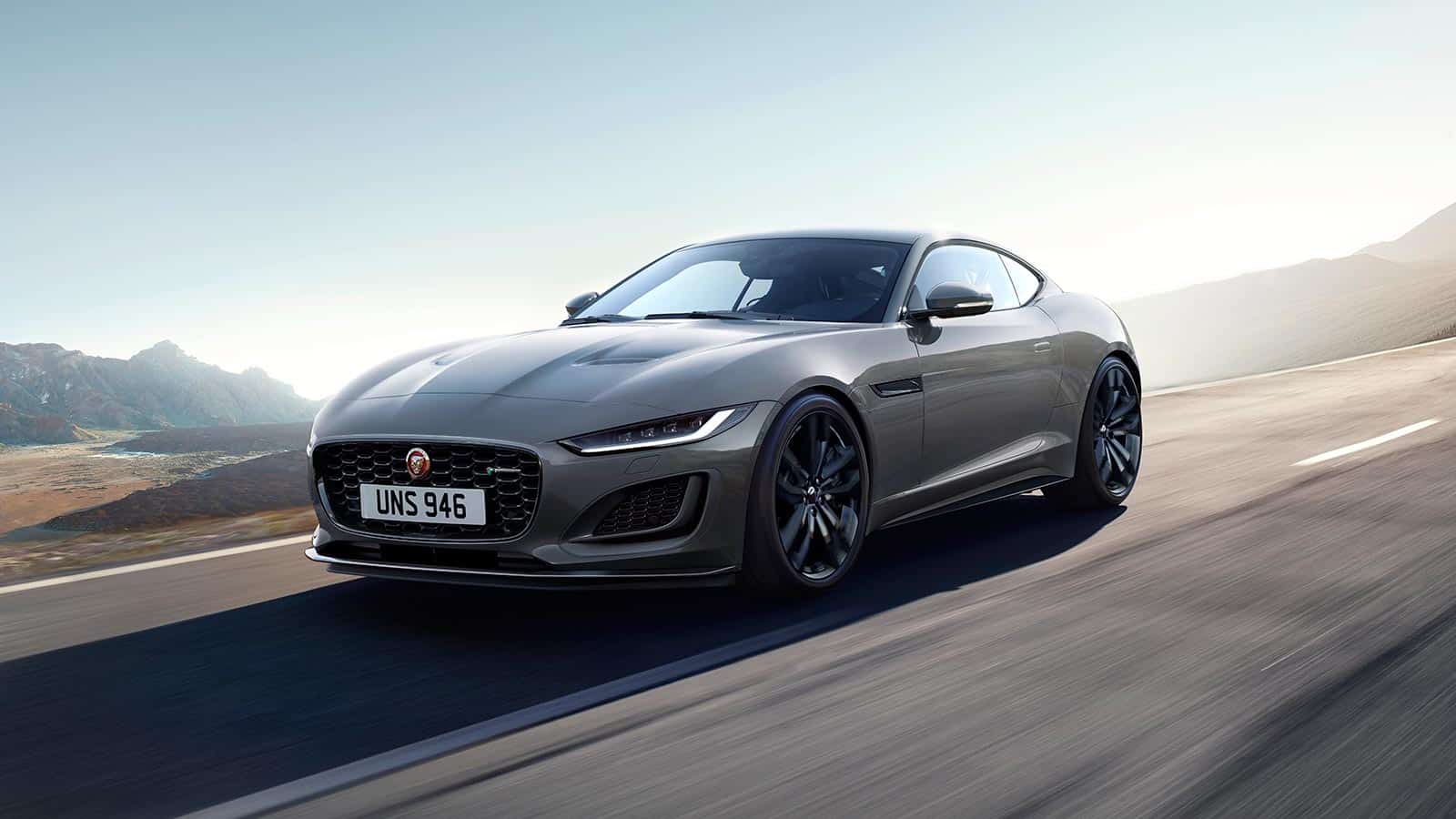 Meanwhile, in Europe, the Jaguar F-Type R’s ferocious looks and throaty roars remind everyone that the Americans aren’t the only ones who know what’s a V8.

Before going full electric in 2025, the British guys at Jaguar thought it would be nice to fit their latest F-Type with a 5.0 liter supercharged V8 for one last fun time.

Capable of 575 horsepower, 516 lb-ft of torque and a zero to sixty in only 3.5 seconds, the Jaguar F-Type R will go wild and roaring before it goes down in full electrical silence. 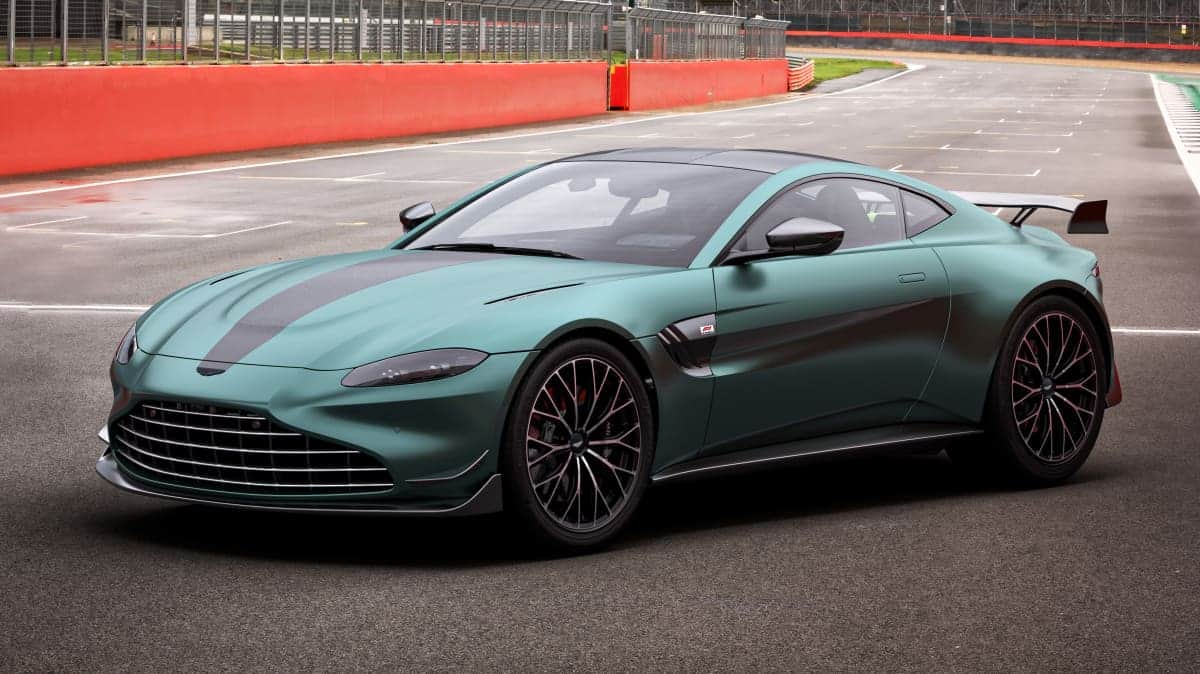 Equipped with an Aston Martin re-tuned version of the same 4.0 liter twin-turbo V8 found in almost all of Mercedes-AMG’s cars today, the new Aston Martin Vantage makes for a wonderful and super fun to drive car.

Though good enough with the standard eight speed automatic transmission, it’s best served with a manual one, available as optional. Quick and responsive in corners, with a total of 503 horsepower available for fun, the latest Vantage is a blast on the road.

The legendary name with its beautiful lines and the sportiness it’s used us with across the years is nothing to ignore before the electric vehicle age comes upon us.

There you go, the 20 best V8 cars you could buy before it’s too late.

The electric vehicles surely are impressive and offer plenty of power and technology to make you wish nothing else, but nothing will ever beat the amazing roar of a V8, the smell of gasoline in your nostrils and that screeching tire sound around tight corners.

If you feel like the raw speed and power of a V8 is what you need in your life right now, go get yourself one before they’re gone, because soon enough we’ll only see them in the MadMax series.