These Are The 15 Best Adventure Motorcycles of 2022 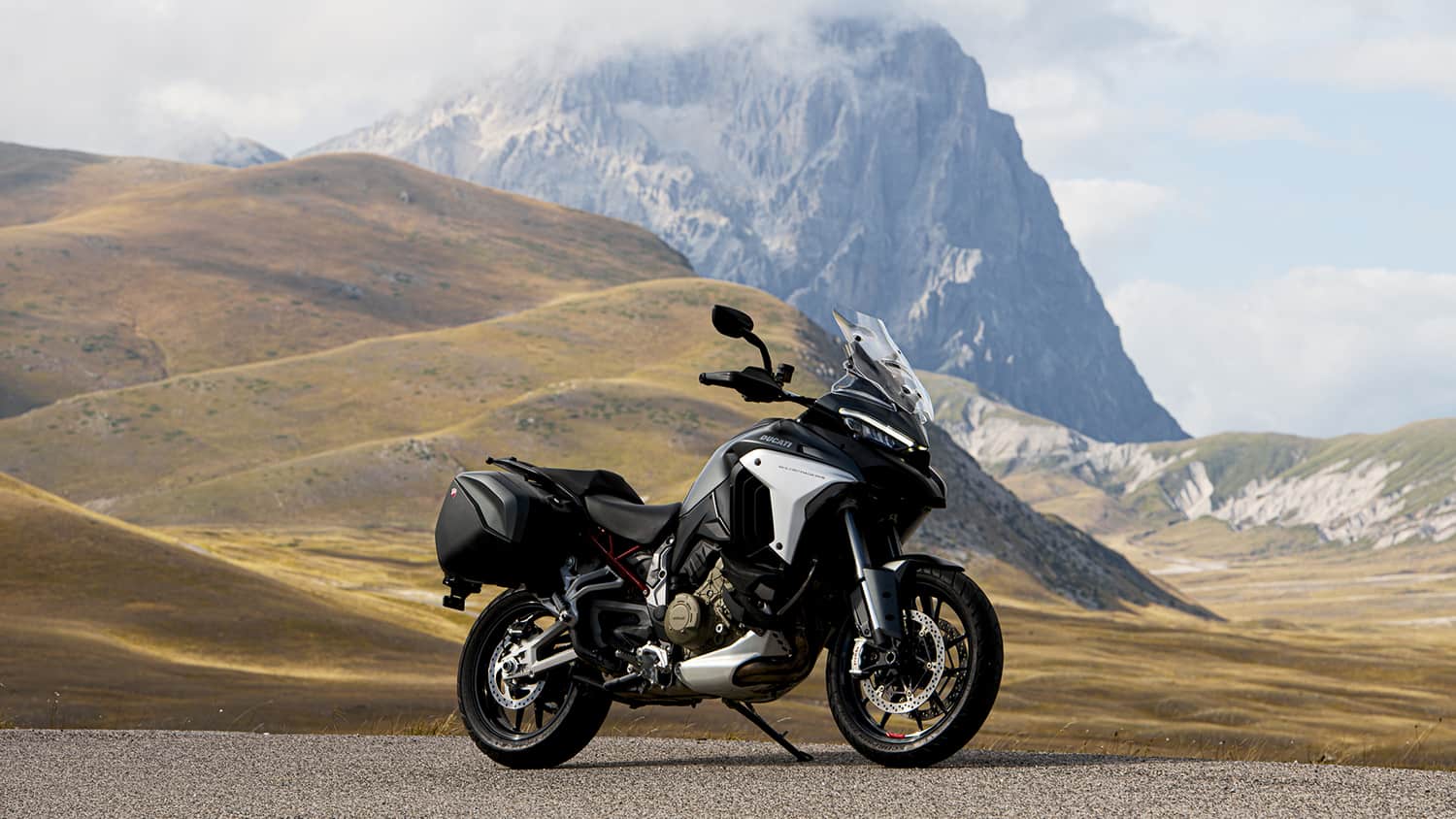 The adrenaline junkies out there that love the thrills they get from riding motorcycles are surely aware of the trend that started at the beginning of the 1980s which revolved around adventure bikes.

This versatile machine serves you as a means of transportation, but is also a beloved companion for your weekend getaways.

What is an Adventure Motorcycle? 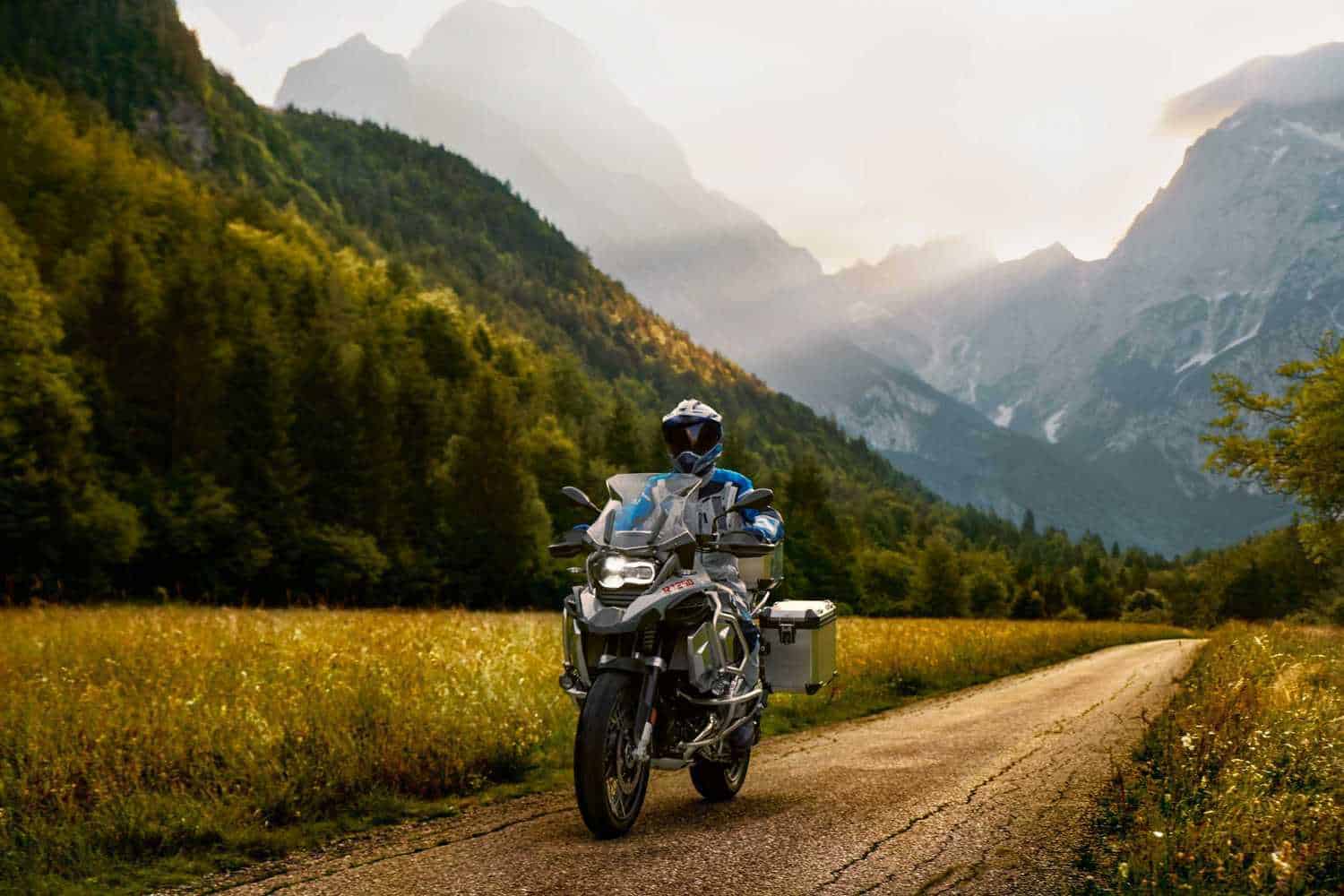 Pretty straight forward, the adventure motorcycle, or bike for short, is a motorcycle that is purposely built with freedom in mind, and engineered to allow you to go on and off road as well. They are generally equipped with a front wheel of at least 19-21” in diameter, in order to be able to tackle rough and unsealed roads. The front wheel is generally bigger than the back one, but narrower in width.

BMW Motorrad is the company that brought us the BMW R80 GS, the first ever adventure motorcycle.

Long-travel suspension, fortified frames and powertrains, and other elements borrowed from Dakar Rally style bodywork are some of the common features you will see on an adventure bike.

The new modern adventure motorcycles offer you so many cool specs, and they are equipped to ride well not only on highways, but on rugged terrains as well.

What To Look For in an Adventure Motorcycle 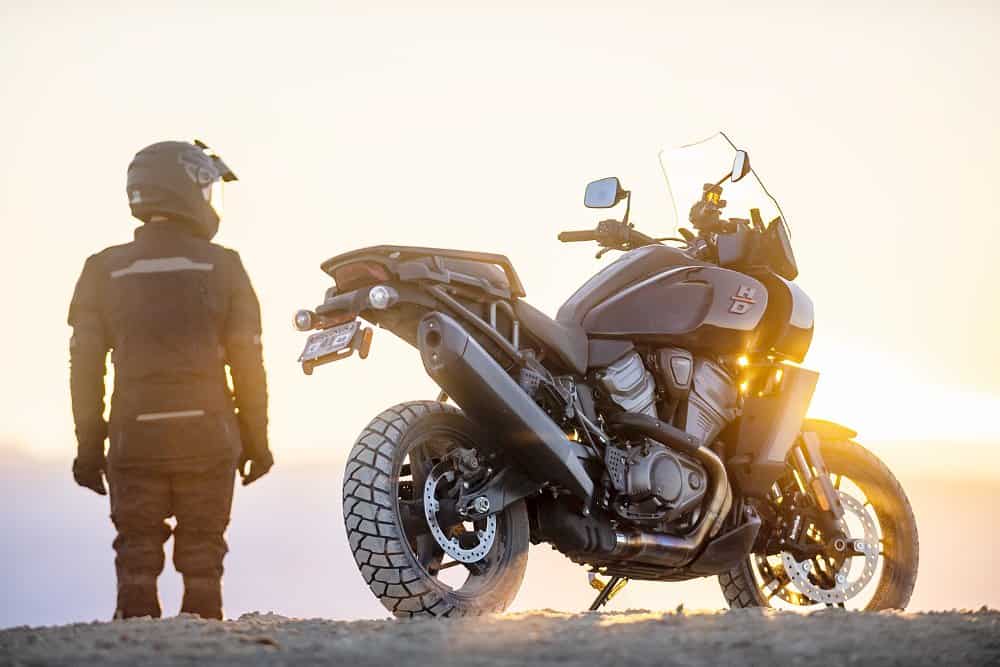 First of all, and this is probably the most important thing to consider, is your skill level. Don’t go get the most expensive and full of fancy specs if it’s your first time trying it out. You can start off with a more basic model that offers you safety features rather than more power for example.

Another thing you must take under consideration is how you are planning to use it. Is it solely your fun vehicle that you’re only going to use while on rough roads, or it’s also your main means of transportation? Are you planning to take the freeway regularly, or mostly city streets?

Those are just some things to consider, but that should narrow things down for you. 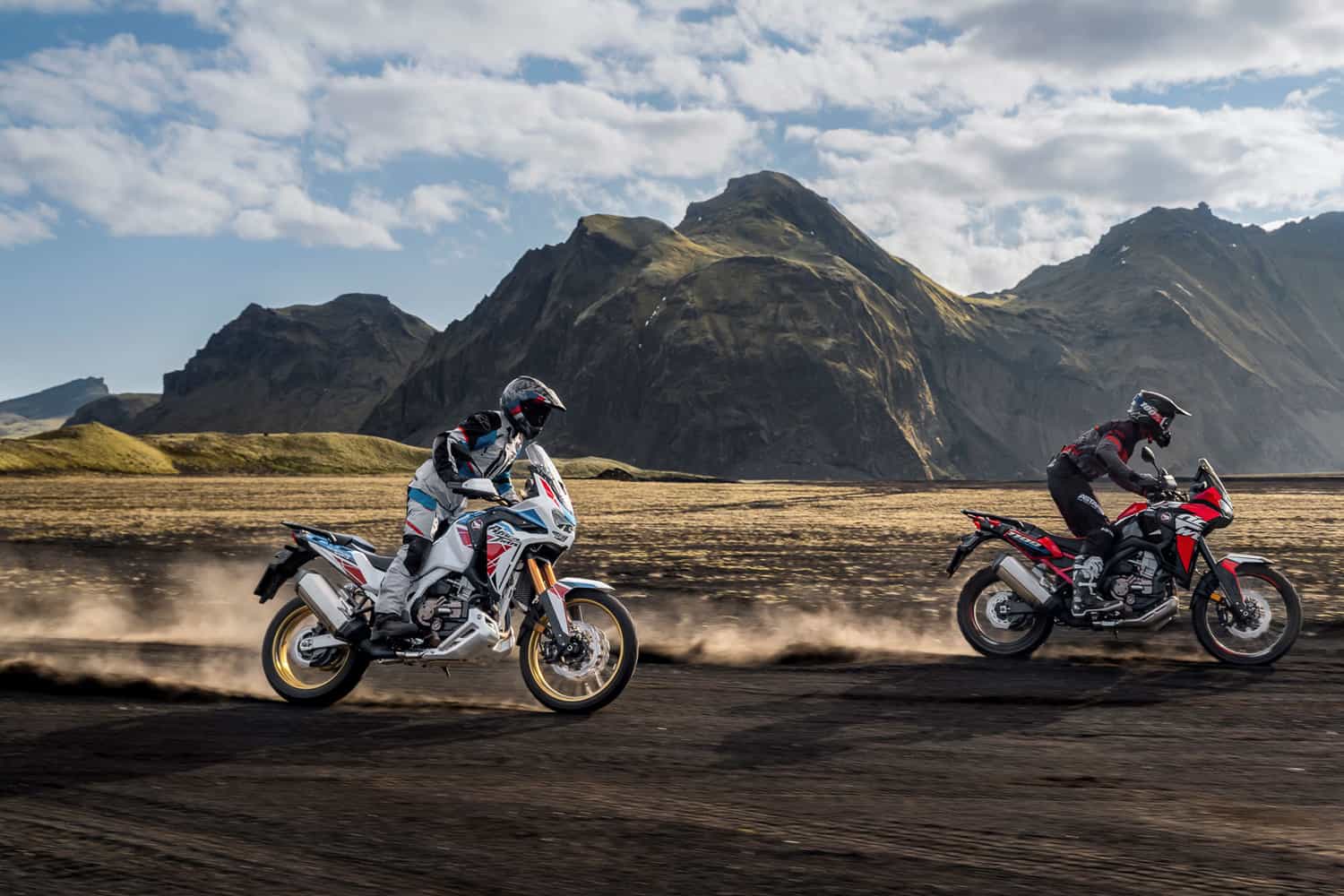 There are some typical qualities that differentiate the regular motorcycles from the adventure ones. Let’s take a look at what some of those features are.

The ADV bike’s engine is the most important thing to consider for your next purchase. You need to know what cylinder size, horsepower, torque, as well as whether it’s a fueling or cooling system.

The high-end modern adventure bike comes with electronically active/adaptive suspension, tire pressure live monitoring, adaptive headlights, and so on. The list can get pretty complex, just keep in mind that the more high tech features it offers, the higher the price. So I would say the budget you have to work with should be taken into account.

The advanced chassis designs and the long travel suspension play an important role for off-road riding. There are some supplementary elements that will give your adventure motorcycle the prowess to be able to handle the rough roads.

The adventure bikes are on the heavier side than the dirt bikes for example, or around the 500lb mark. That is something to consider if you’re a smaller framed person. Plus, if you’re not a very experienced rider, it can make things a bit more difficult for you off road. Best thing is to try it out and get a feel for it before committing to a purchase. 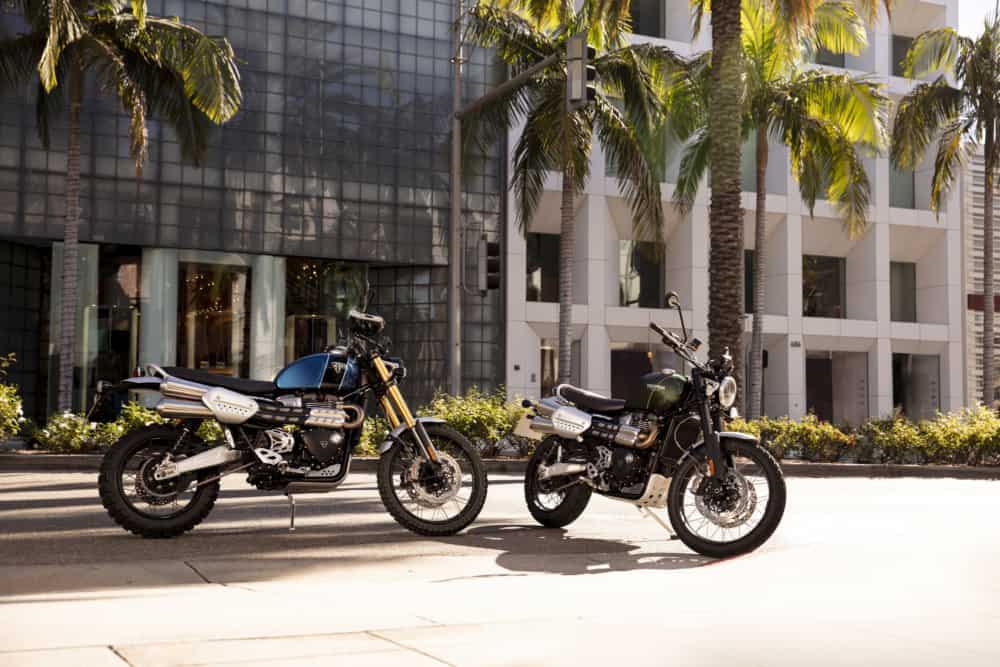 If you’re planning to use it often, you will want the bike to have large enough storage compartments for your things. You should also have the option for aftermarket storage options you can add on your ride, such as tail bags, panniers, etc.

If you’re mostly staying close to home, this feature will not be very important, but if you hit the road regularly for long distance adventures, the range is very important. Some even come with an extra tank for your convenience.

From one model to another, although they have a similar shape, the bikes are very different aesthetically. You will see in the examples we gathered for you just how varied some of them are. 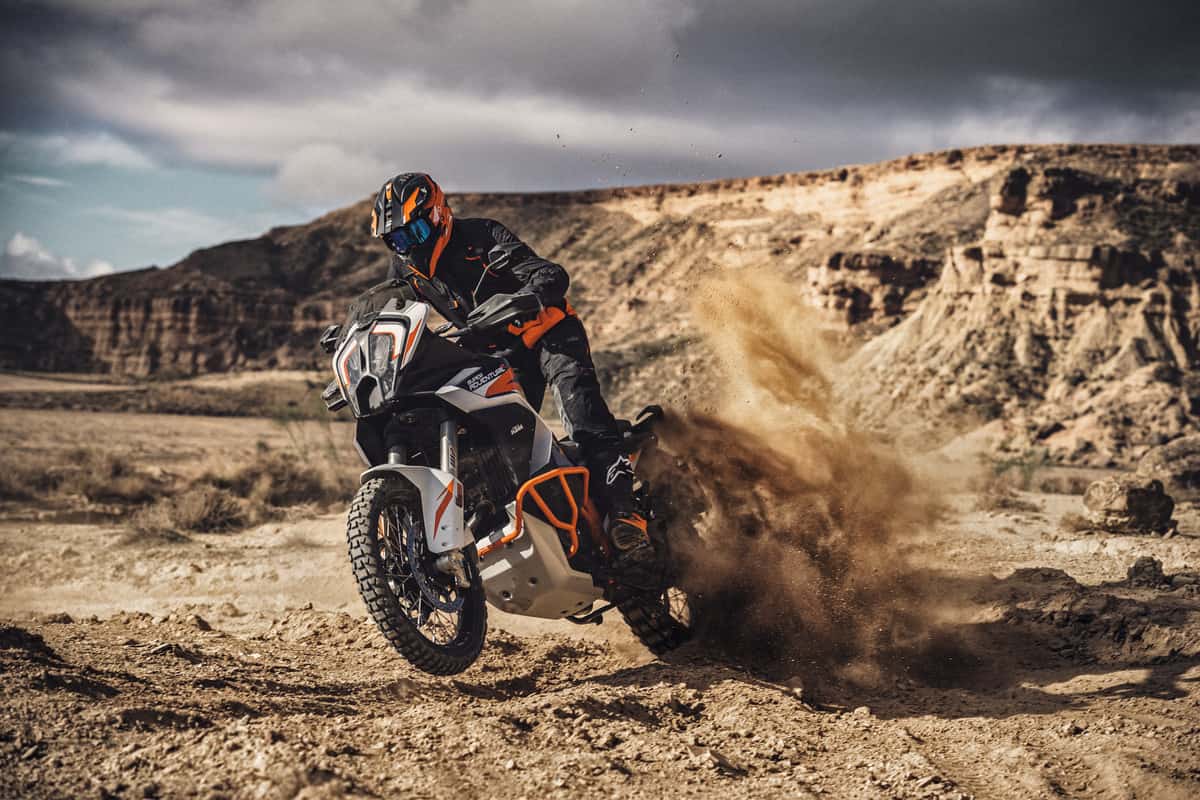 The adventure motorcycles, especially the newer models, come with an array of bells and whistles. Features such as upgraded pillions, connectivity to smartphone apps, crash protection, are just some examples of many other add-ons you can choose from.

The aftermarket sector for adventure bikes has exploded in the last few years, and you can find pretty much whatever you feel like in order to make it your own. Some of the most popular names come well equipped with a lot of options already installed, but if you go with a lesser name, you can really go nuts and choose from a wide range of options.

Just like your main vehicle, your adventure bike needs the regular maintenance and fees like insurance, registration, and so on. Because of the fewer emissions and in general better reliability overall, you do not need to service it as often as before. But you should still care for it, especially if you plan to keep it for a while.

Now that you have a good idea what owning an adventure motorcycle entails, let’s take a look at the best 15 models of 2022. 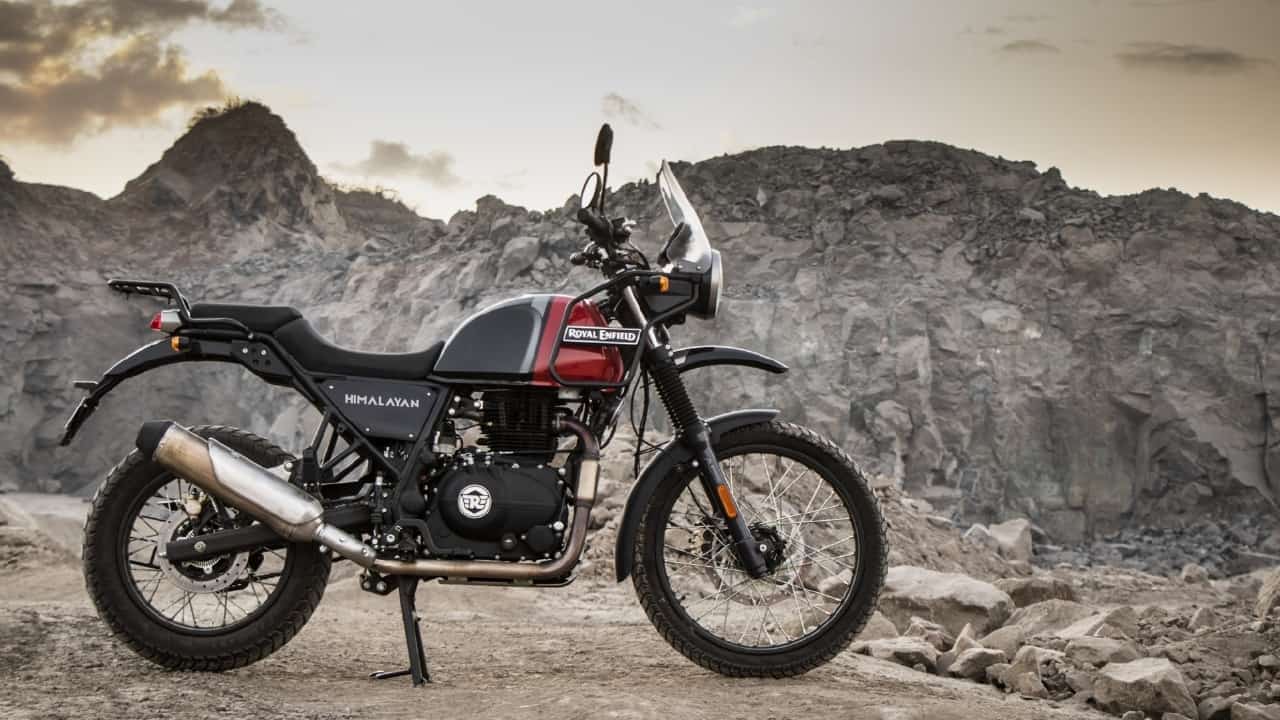 This model that was first launched in 2016 is a good example of a rugged take on the modern ADV bike. Equipped with an air-cooled 411cc single cylinder engine, 24.3hp, and curb weight of 438lbs, this simple yet affordable option is a great starter bike that offers great bang for your buck. 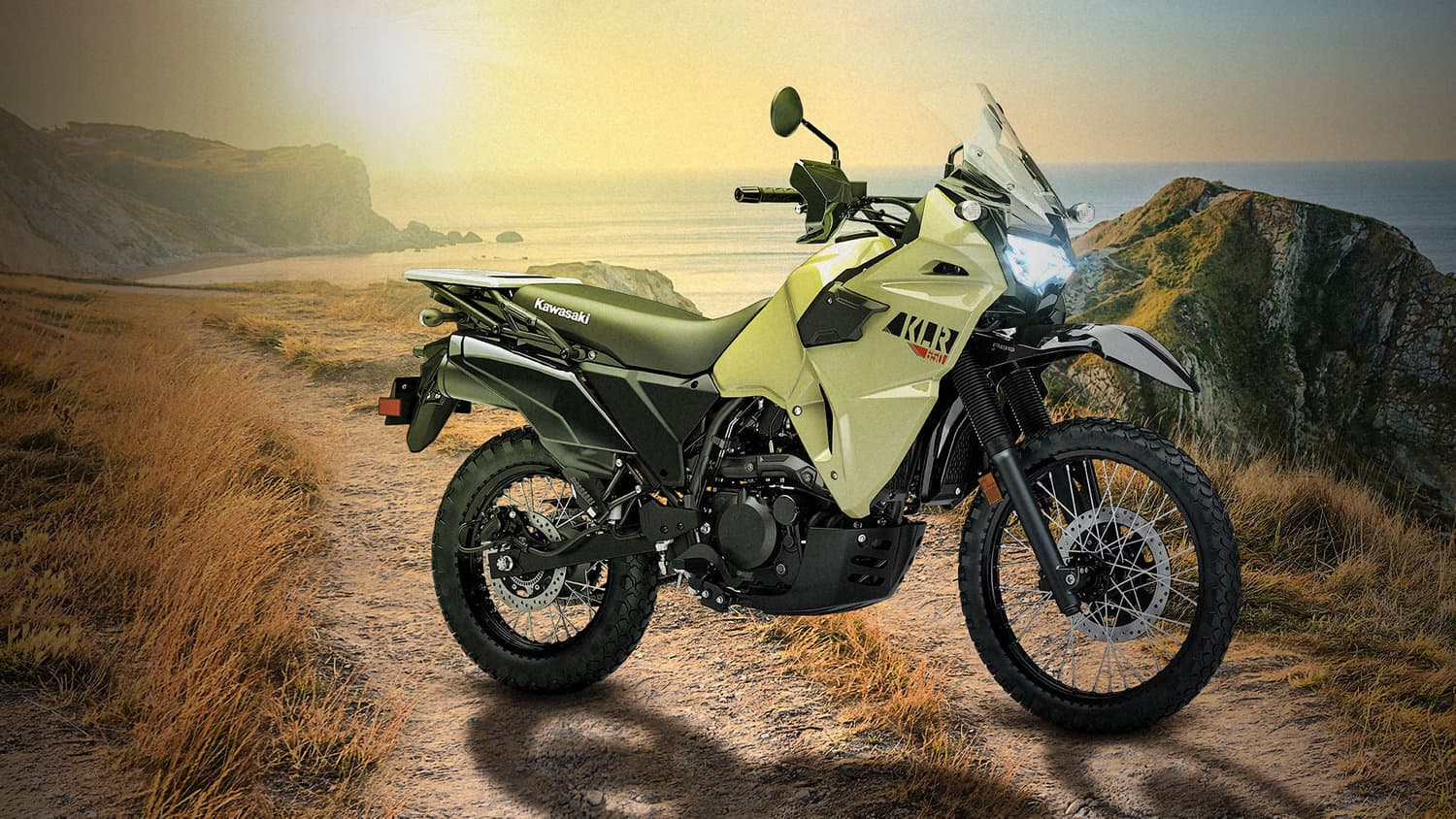 One of the best overland machines available out, some might consider it lacking the ‘wow’ factor of other fancier models. It does have a solid 651cc liquid-cooled single-cylinder engine, 37hp, and it produces 33.4lb-ft torque. Simple and affordable, it is an obvious choice for a starter bike that offers you comfort, durability and reliability. 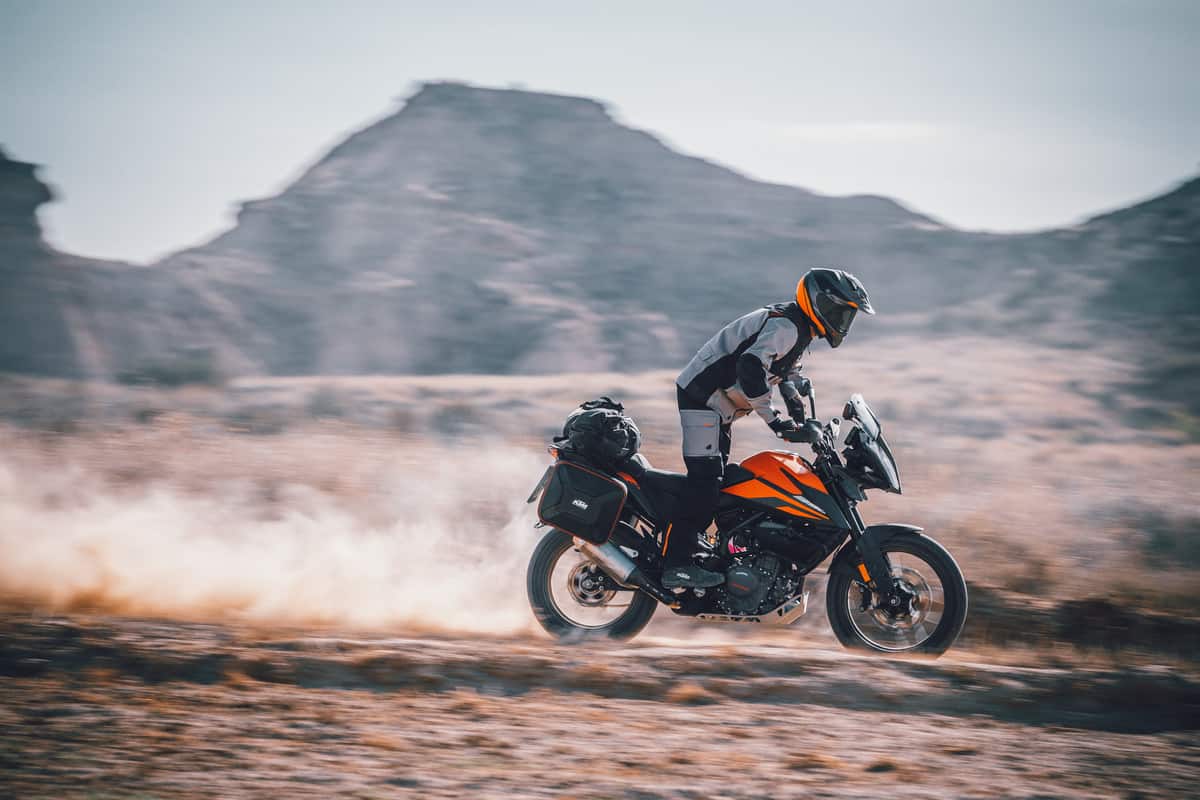 Another entry level model that is hard to beat, the KTM 390 had a liquid cooled 373.2cc single-cylinder engine, 43hp, and curb weight of 379 lbs. A lighter version of the ADV bike, it has some nice specs as well: off-road and cornering ABS, several ride modes, and slipper clutch, just to name a few. 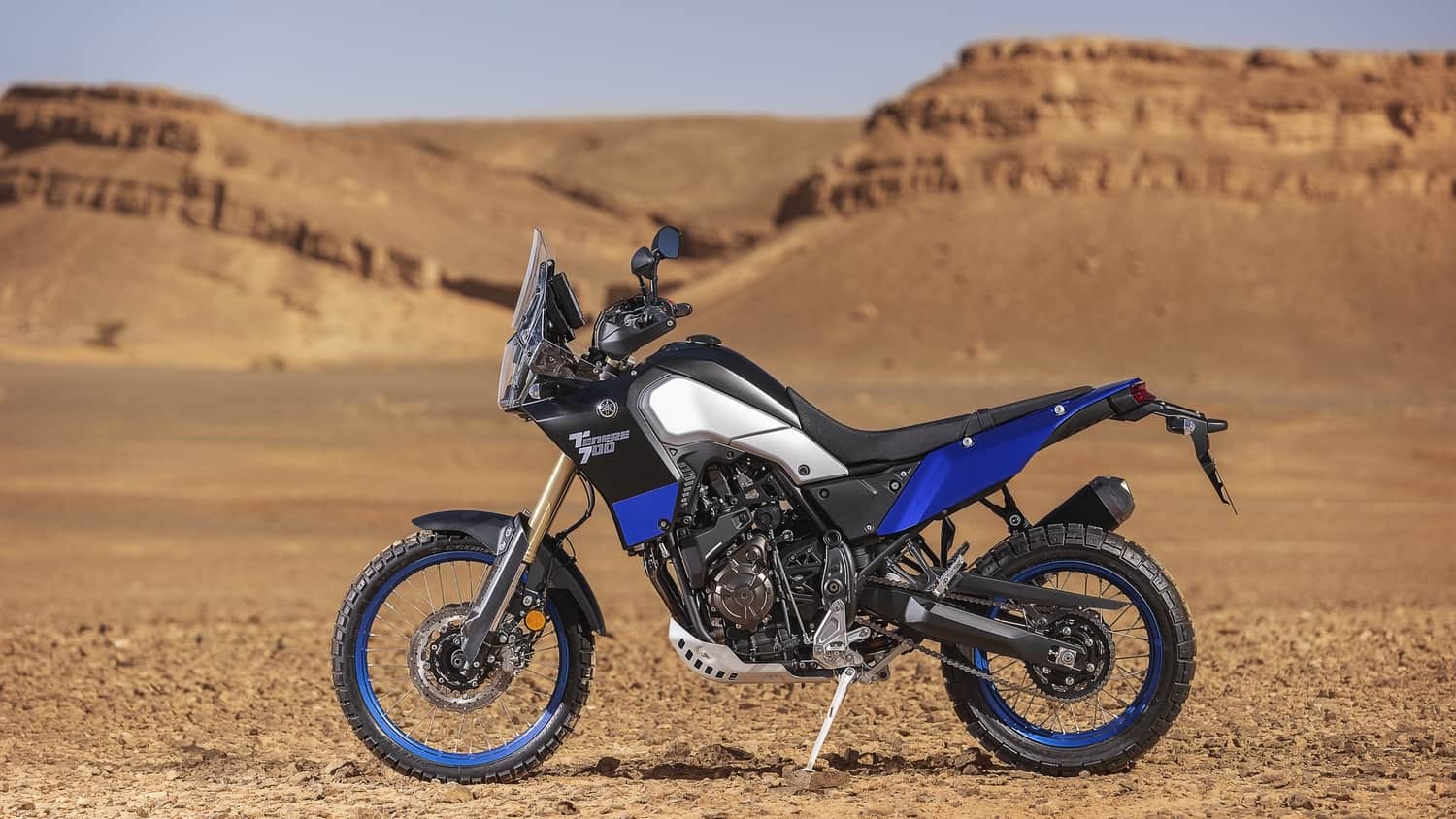 A reasonably priced and super performant off-road capable motorcycle on the market, this Yamaha model can be confused for a dual-sport bike. Weighing 454lbs, this slim bodywork is not only aesthetically pleasing, it is a hardcore machine as well.

The bike comes with some impressive specs, such as a Daker-style navigation tower, a liquid-cooled 689cc parallel-twin engine, and power of 72.1hp. 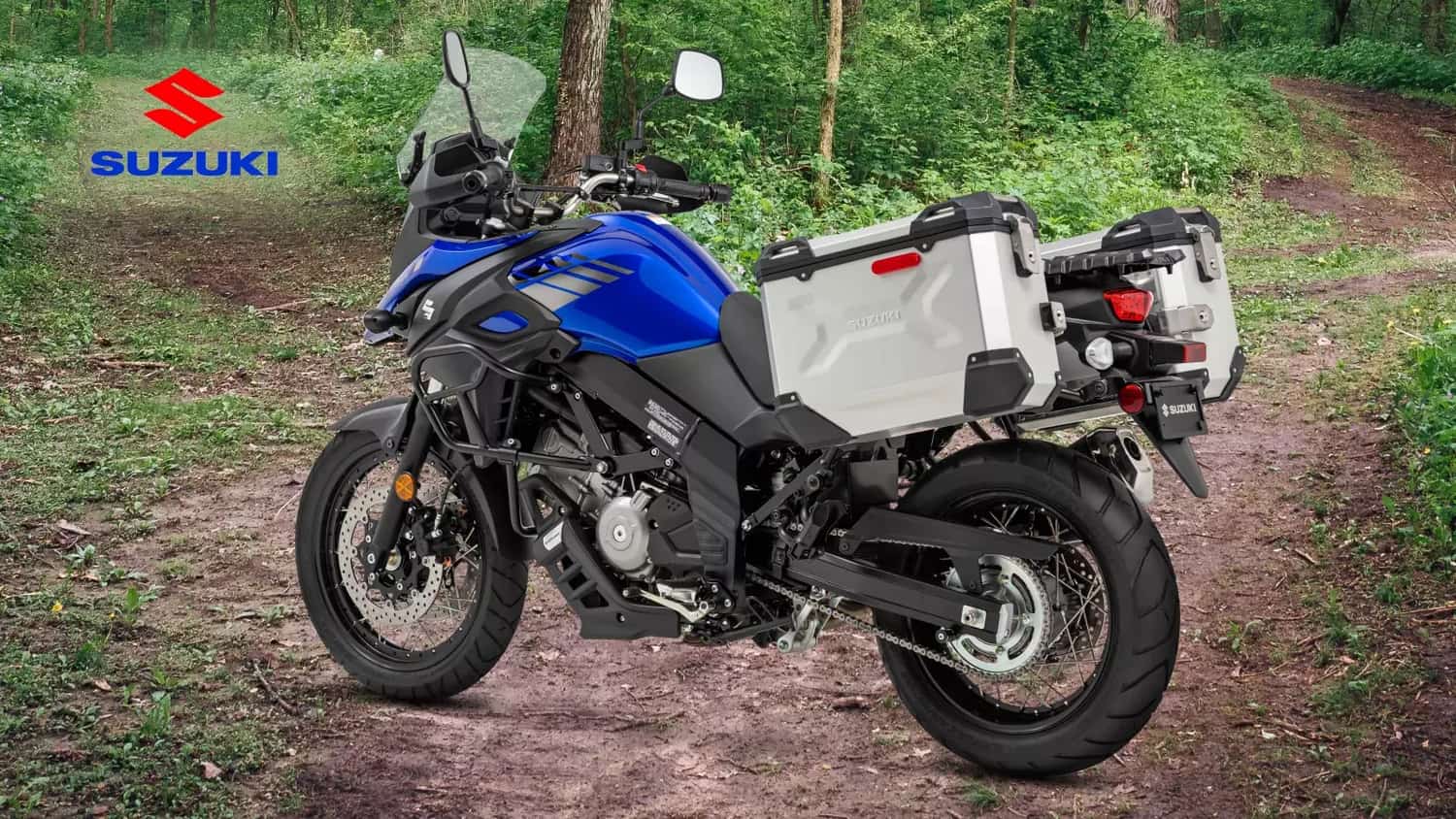 This mid-sized adventure bike from Suzuki comes equipped with an array of impressive specs. From auxiliary lighting to the advanced traction control and ABS, not to mention some gold anodized tubeless spoke rims, this bike is a true beauty. 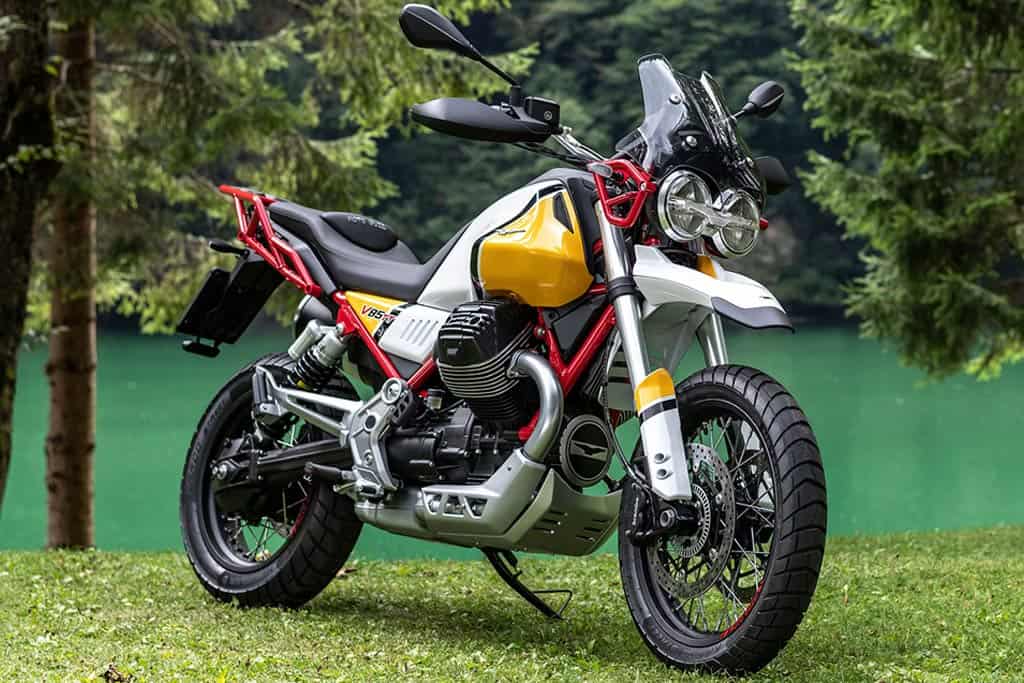 With a gorgeous retro rally inspired look, this model from Moto Guzzi is a great Italian-made adventure bike. With an air-cooled 853cc transversal V-Twin engine, 75hp, and weighing in at 505lbs, this is a great model for two-up riding.

It may lack some of the clearance and suspension travel of its counterparts, nonetheless, it is a fairly travel and dirt capable bike. 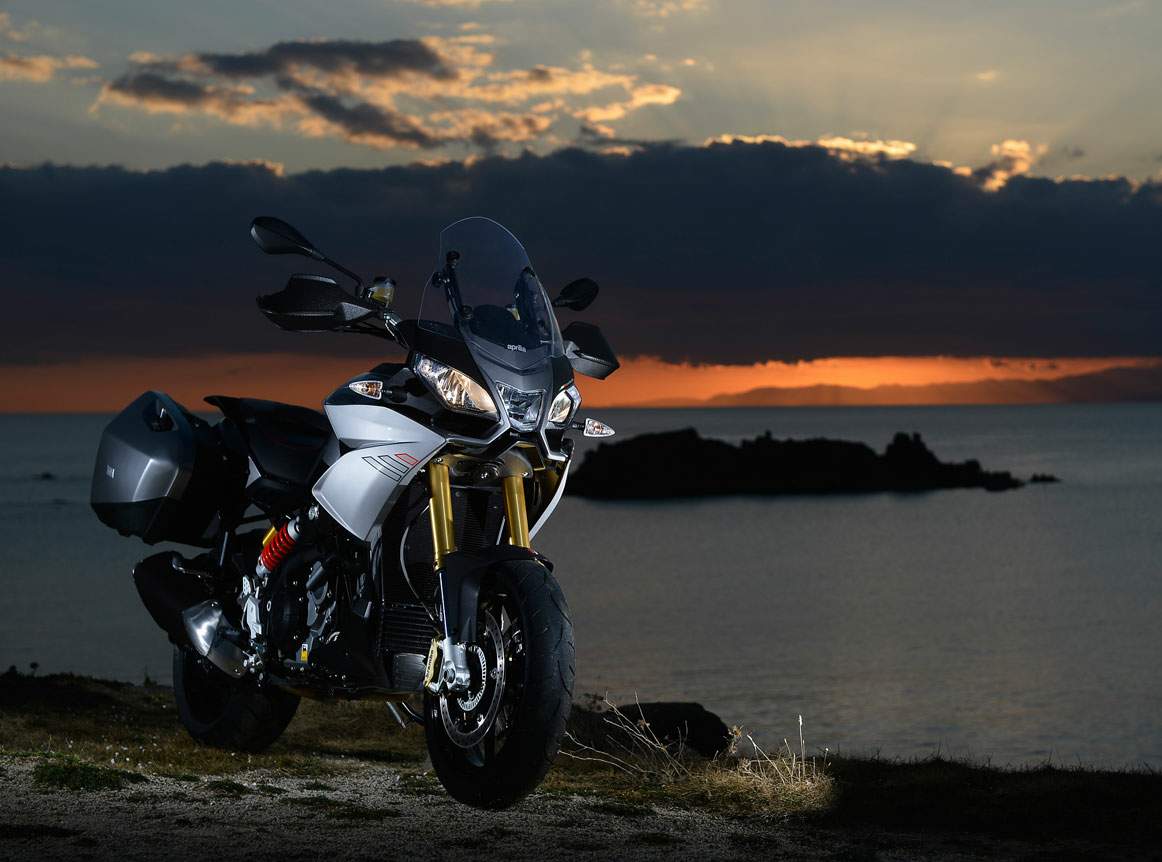 This excellent road bike that comes equipped with the “travel pack” accessory kit, makes a perfect two-up travel companion even on challenging terrains.

It boasts a 90-degree 1187cc V-twin engine, 125 hp and 85lb-ft of torque that makes it one of the best mid-range ADV bikes out. Other options included with this make are ABS, traction control options, and of course, smartphone connectivity. 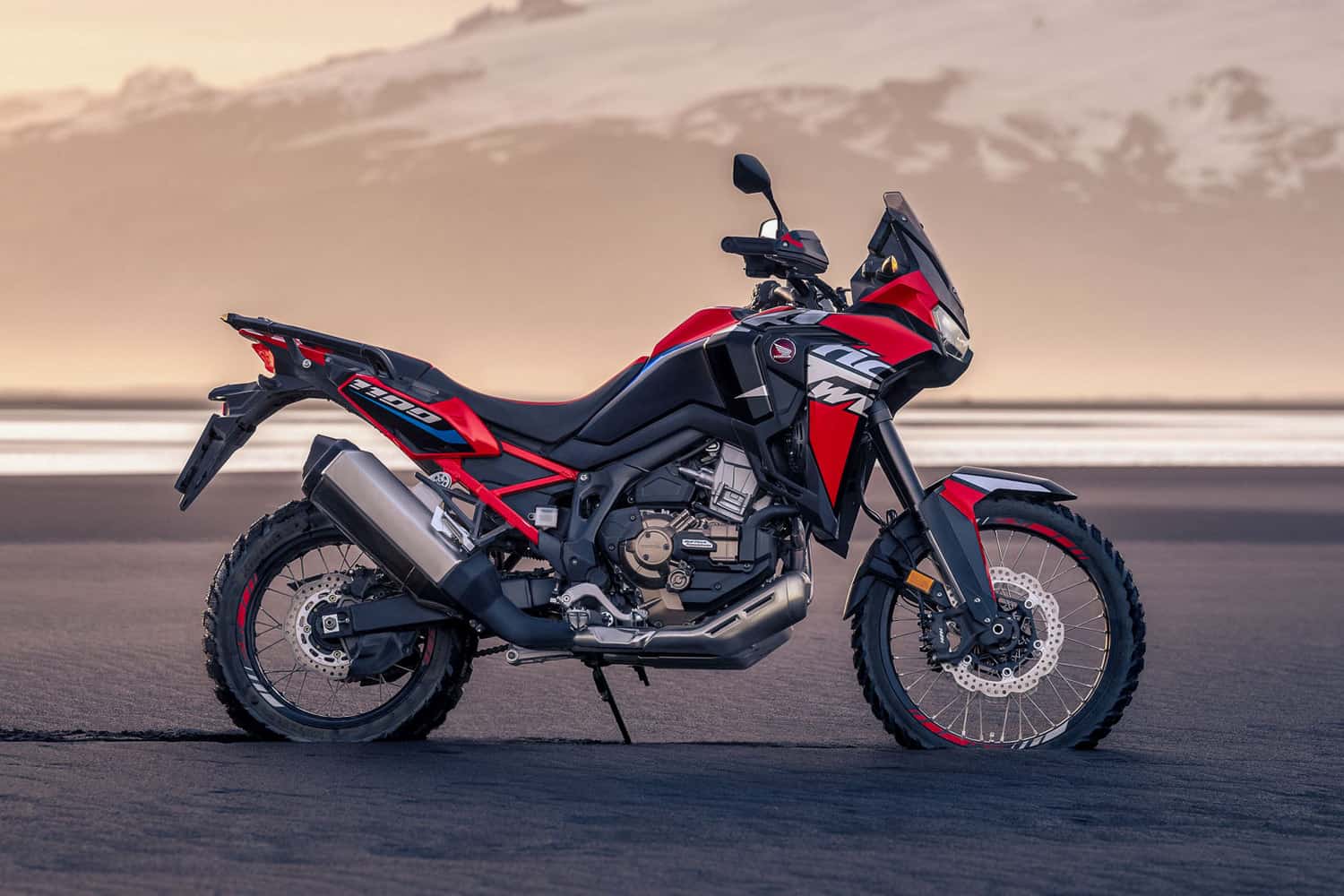 Honda has taken this motorcycle to a new level of ADV biking. They increased its engine power, now boasting 1084cc of a liquid-cooled parallel-twin engine, the power also went up by 6%, at 100.5hp, which makes this bike one of the more powerful on the market in this category.

The tech specs are pretty impressive too, with the four preset modes, active suspension and damping, touchscreen, among many others. 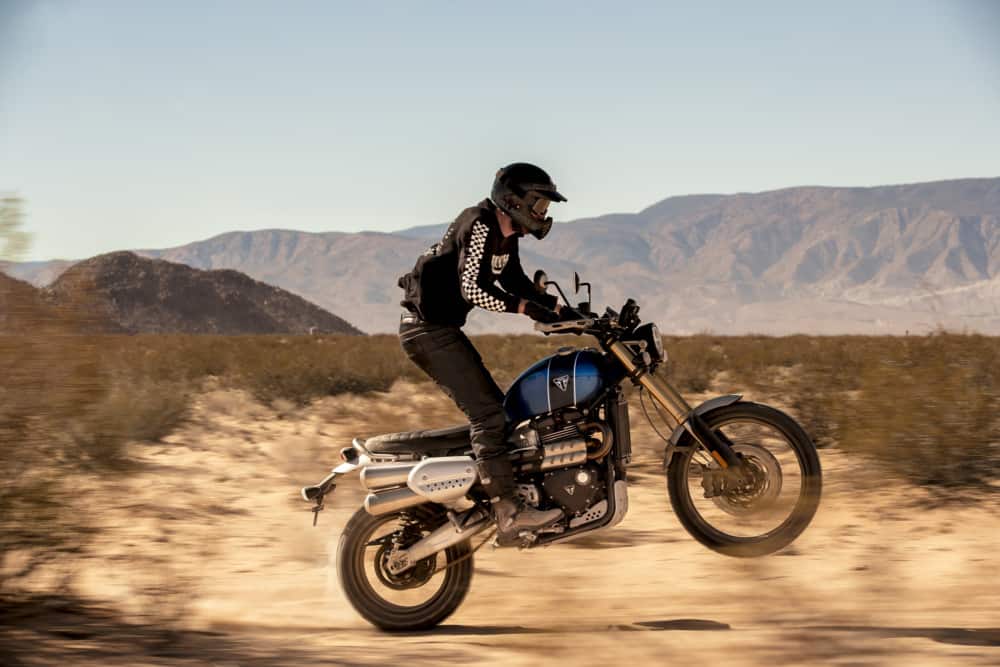 A much anticipated off-roader, this scrambler motorcycle from Triumph doesn’t disappoint. Equipped with some cool tech specs, such as rider modes and modern connectivity features and with the classic Triumph design style, you got the best of both worlds.

The new model comes with six riding modes, a 1200cc twin engine, optimized cornering traction control and ABS, among many other amazing specs. 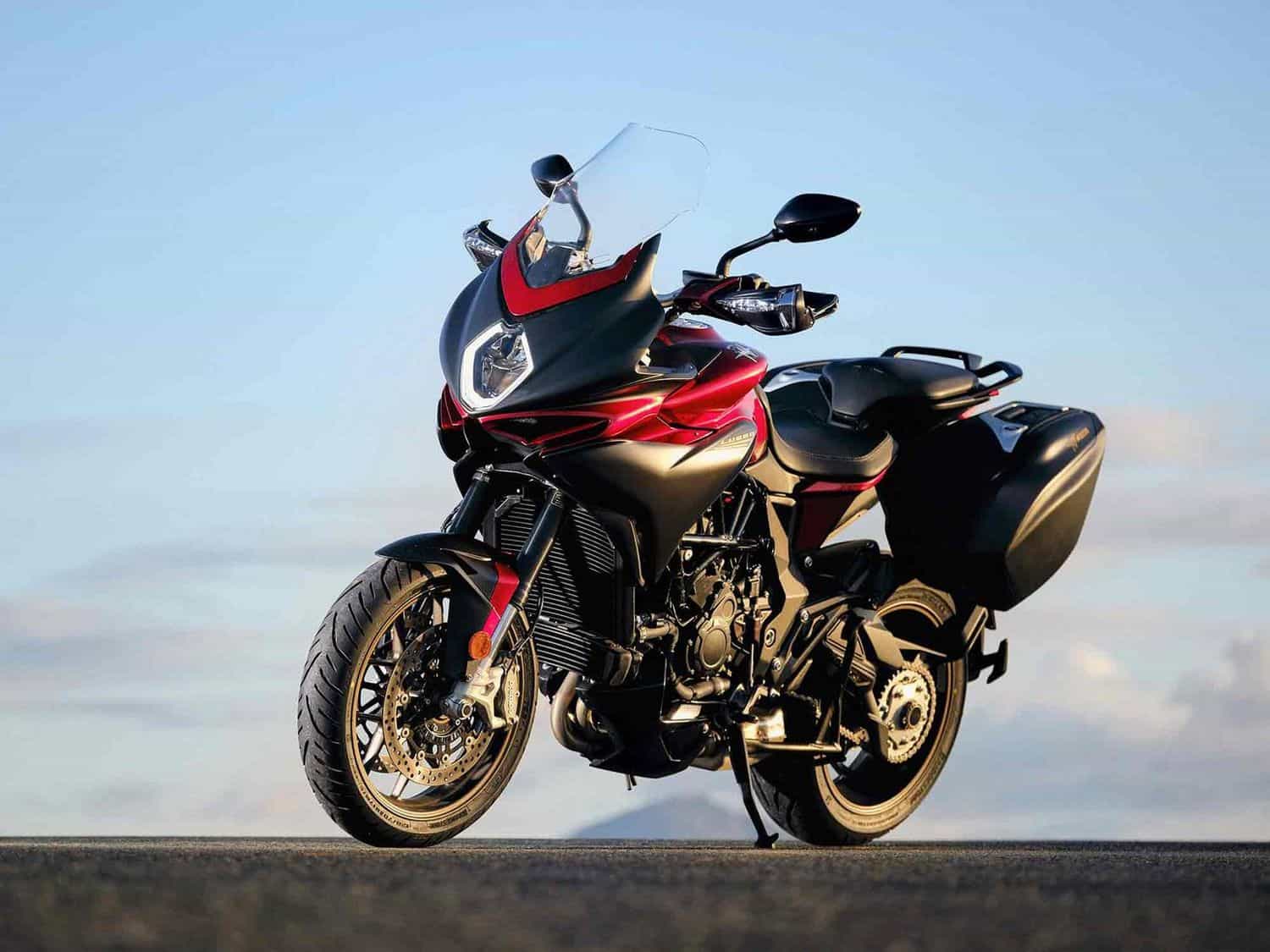 This higher performance and road focused Italian adventure bike offers you both looks and power. No wonder the Milano police department uses it as their vehicle of choice.

With a liquid cooled 798 inline-three engine, power of 125hp, and curb weight of 462lbs, this streetbike is an off-road appropriate model. The newer models’ tech specs, such as the integrated control system, traction control, bluetooth connectivity are all standard features. 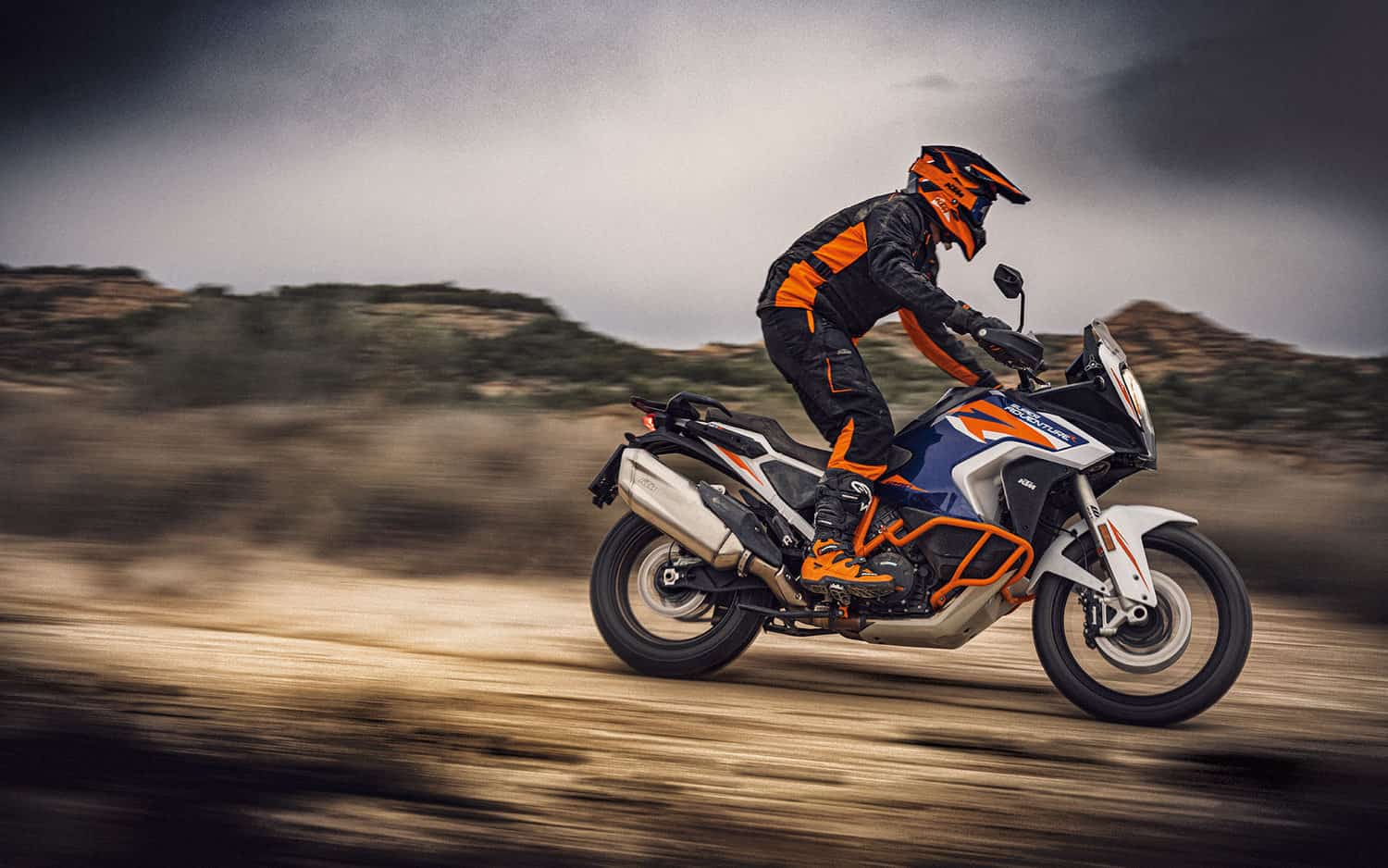 This Austrian moto maker came up with a new top to bottom redesign for the 2022 model. The new frame has a longer swing arm, a 7” TFT display, and lots of other super cool upgrades.

The liquid-cooled 1301cc V-twin engine gives out 160hp and 101.8 ft-lbs of torque. The dry weight is 487.2 lbs, so it’s a bit lighter than the older models, and consequently it withstands the rough terrains even better. 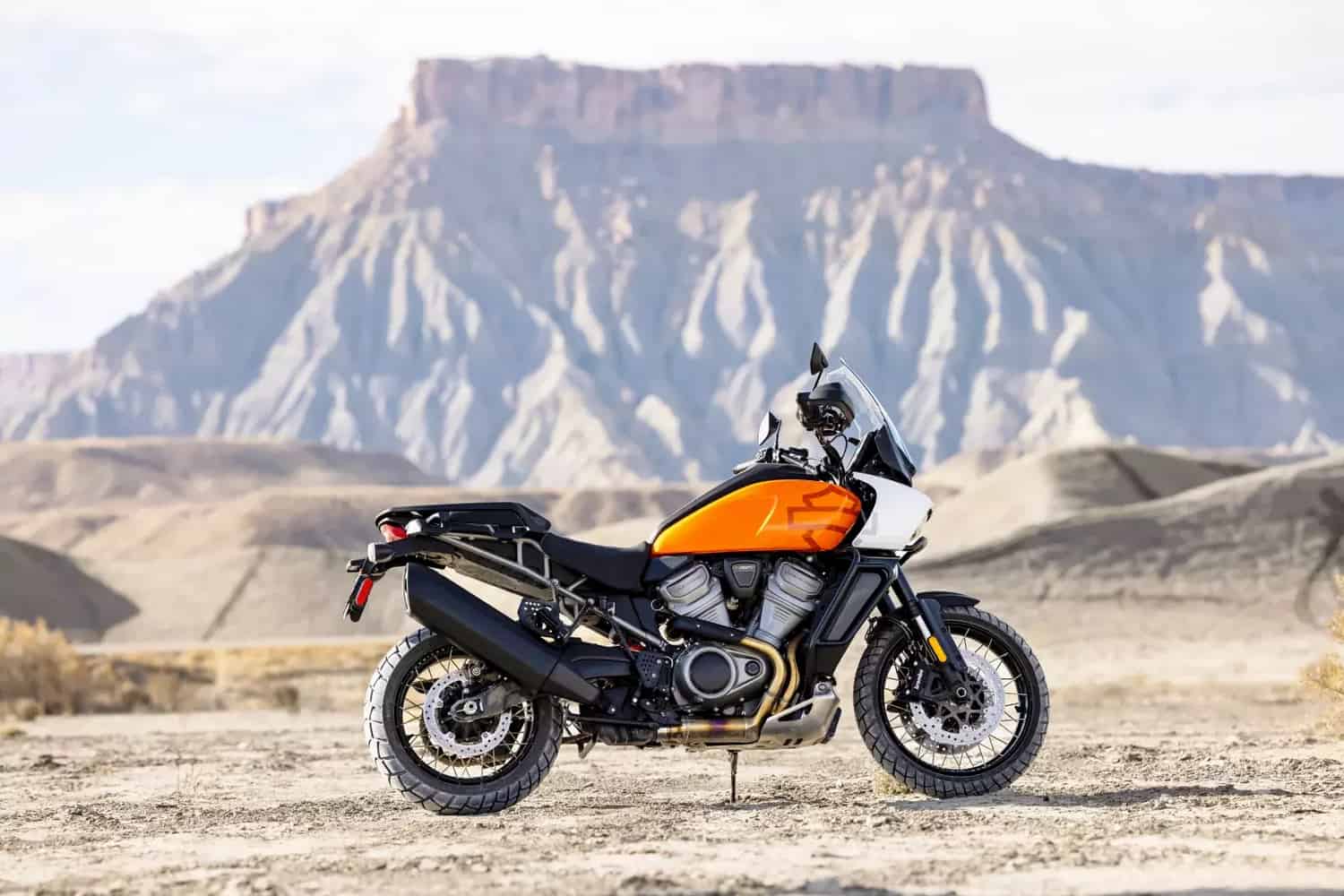 This is the first ever Harley Davidson’s purpose built adventure model bike. With a liquid-cooled 1250.3cc V-twin engine that gives out 150 hp and torque of 94ft-lbs, it has enough strength to get you on even the toughest terrains.

It comes equipped with a wide array of specs, such as a multi-position rear brake pedal, an aluminum Skid Plate, heated grips, and a real time tire monitoring system, just to give you an idea. 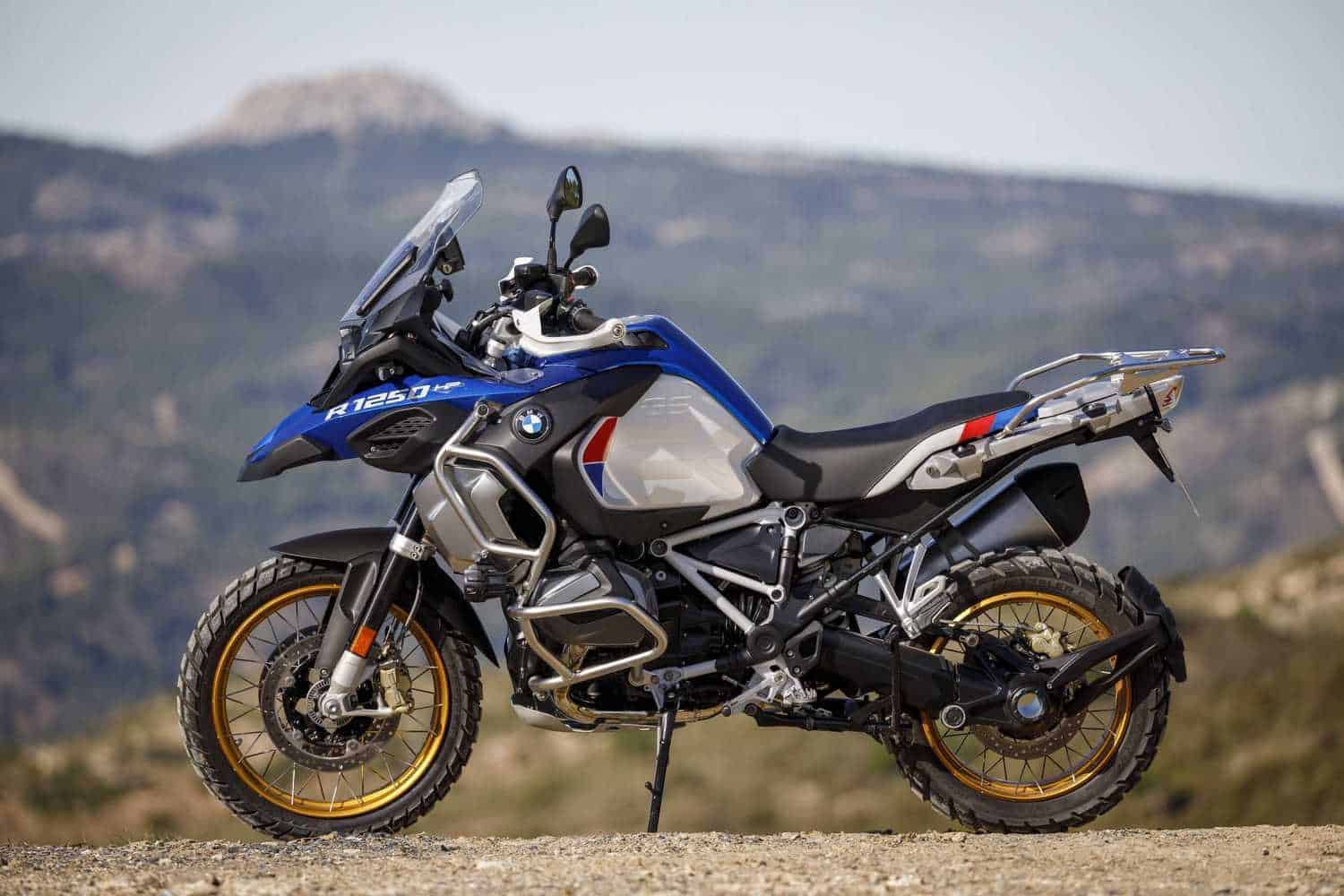 Pioneers in this segment of the motorcycle world, BMW are the ones who kicked things off more than four decades ago with their first ever ADV bike. Now, their new and improved German engineered bikes are still some of the best models out. The latest GS retains some of the base model’s mechanical and technological specs, but they did some small touch ups.

The 1254cc air and liquid-cooled boxer twin engine is one of the most powerful out, and it gives out 136hp and 105 ft-lbs of torque. Also one of the biggest bikes out, it weighs in at 591lbs. 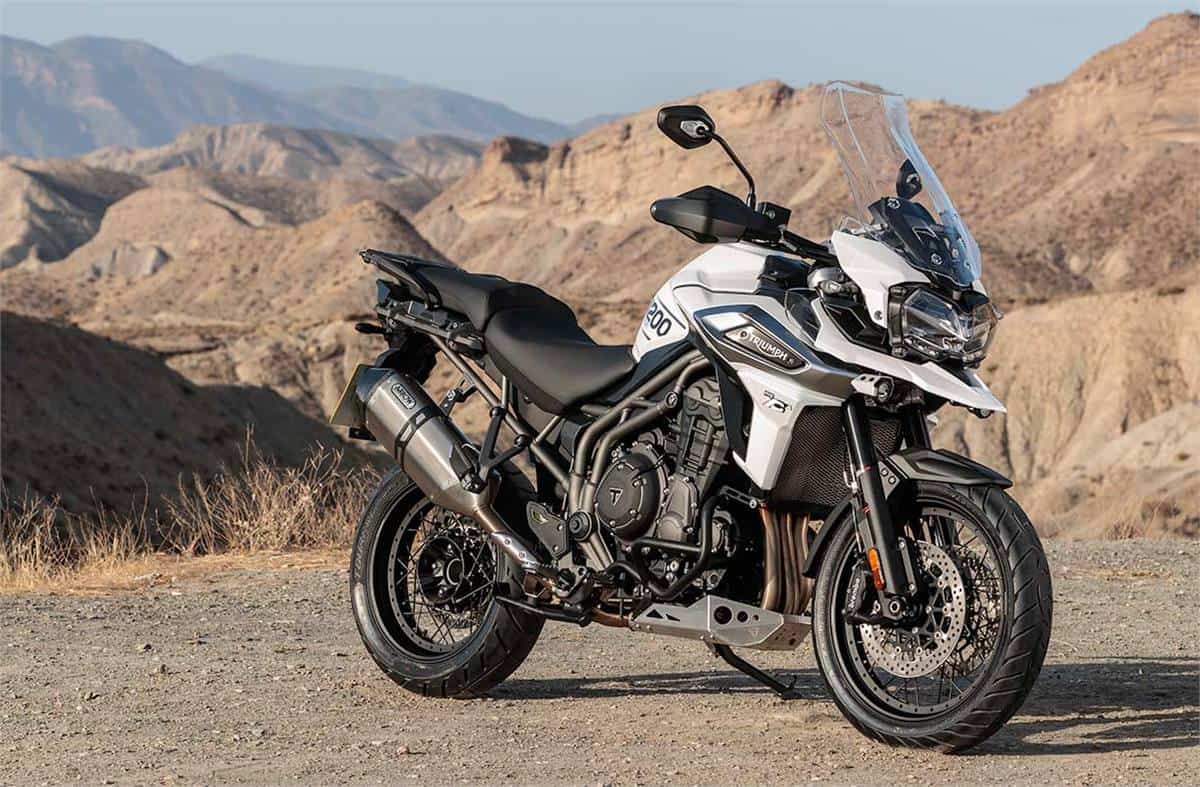 Another powerful machine that is a grade up from the British manufacturer that is well known for making great motorcycles, the Tiger 1200 XCA has a slew of extra cool specs added to their repertoire. The inline-three liquid-cooled 1215cc engine that is more powerful and responsive than on its previous model, it gives out 141hp and 90 ft-lbs of torque.

Although it weighs 20 lbs lighter than its predecessor, and with all its many amazing add-ons this bike will surely please even the most demanding adrenaline junkies out. 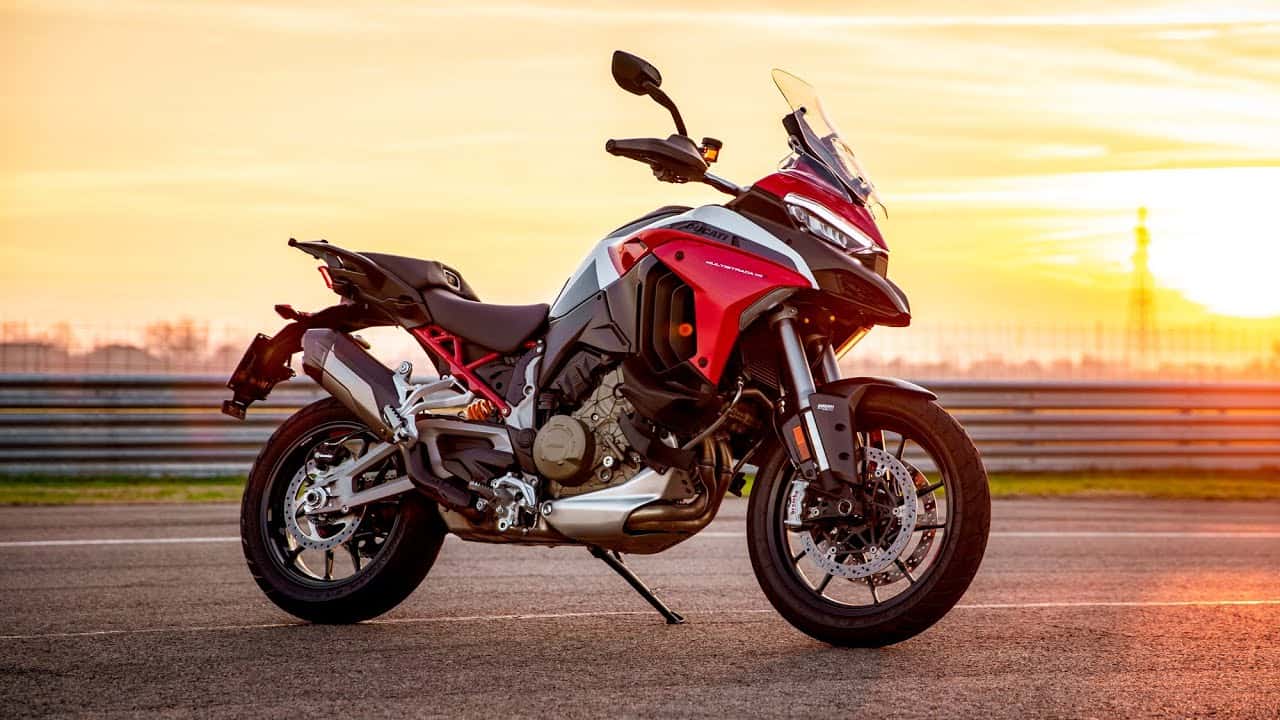 And last but definitely not least, this newly revealed model from Ducati has a powerful liquid-cooled, 1158cc V4 engine that is a high performance, road oriented ADV bike. With a powerful torque of 170 hp and 92ft-lbs, the bike has a curb-weight of 529lbs.

The numerous and upgraded specs, such as the ultra advanced radar controlled adaptive cruise control system are all available to you if you so choose. You can add them all on, but the price will of course go higher. When you want the best, money is no object though, right?

Here you have our list of the 15 best adventure motorcycles of 2022. We hope you found all the inspiration you were looking for.