The 10 Best Scrambler Motorcycles You can Buy Right Now

Back in the old days, scramblers were the answer to something that people wanted but was not on the market. Club racers were modifying their standard all purpose motorcycles of the 1960’s to race everything, from dirt roads to mud, streams, hills and fields. Scramblers were the alternative to the dirt bikes we have on the market today.

With the evolution of motocross though, scrambler bikes began their decline until the new craze in the motorbike world started in these last couple of years. But today, scrambler bikes are more about vintage looks and cool aesthetics than about on and off-road performance.

Nonetheless, renowned bike manufacturers, with Triumph and Ducati leading the way, have taken on this trend seriously and began producing their own modern versions of the scrambler motorcycle. We decided to have a look at the newest scramblers and picked the best ones. So here they are, the 10 best scrambler motorcycles you can buy right now: 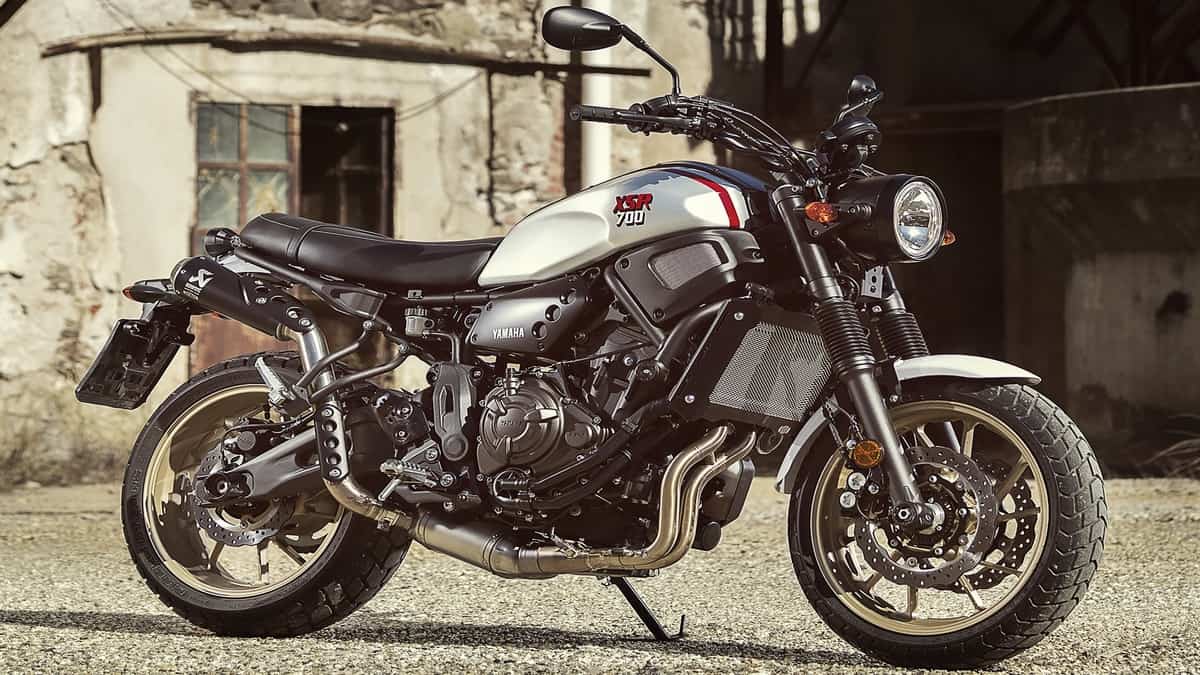 Once upon a time there was the Yamaha XT500 trail bike. Today, Yamaha got us the brand new XSR 700 XTribute, which blends the best of the modern and stylish XSR 700 and the subtleties of the classic XT500 of the ’70s from which it got its inspiration.

The bike isn’t a pure scrambler, but it’s got the style. It comes with the base 75 hp MT-07 which is a great engine with good performance, engaging handling, trail style bars, fork gaiters, new seat, gold rims and plenty of scrambler touches. If you also consider the price, it’s got a big advantage over other models. What’s more, it’s even better performing than other modern scramblers. 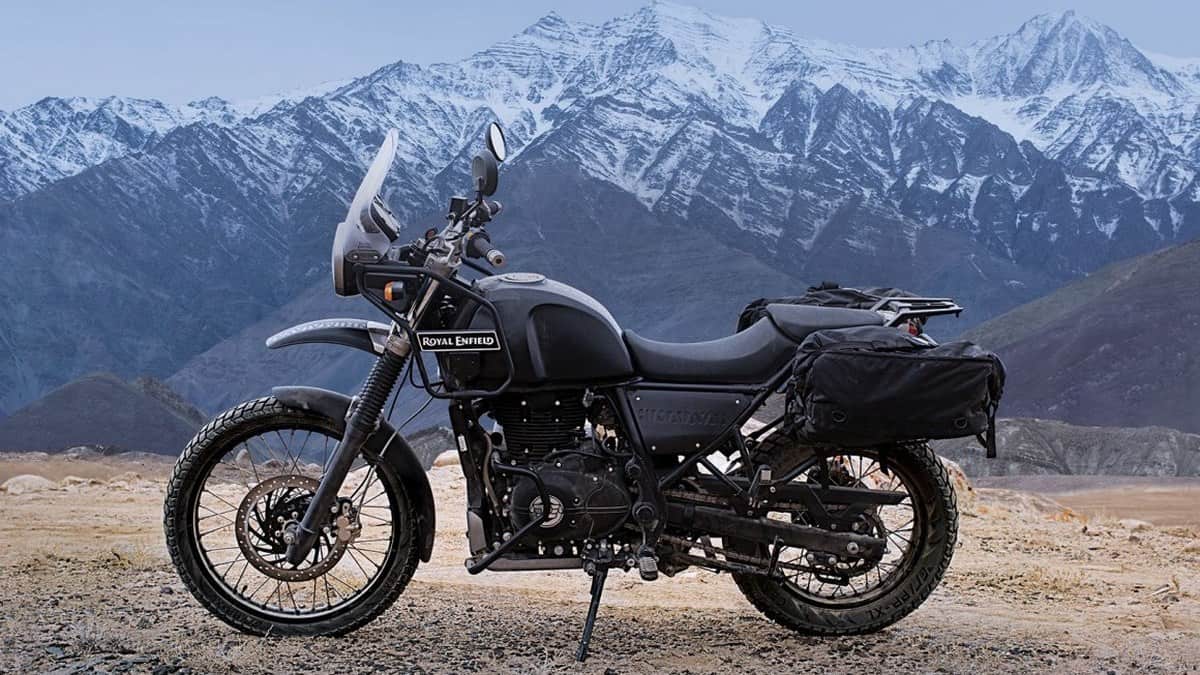 The Royal Enfield Himalayan. There’s quite a lot of hype around this bike lately and for good reason. It’s a motorcycle that goes back to the basics. Not a scrambler in the real sense, but it ticks all the check boxes of one.

It’s a low tech bike with a retro look, light weight and it’s super affordable compared to any other bike out there. The Hymalayan was created with adventure touring in mind, but if you ditch the windshield and toss the bags, you’ve got yourself enough of a scrambler. Did we mention that it’s amazing on dirt? Well, here you go. 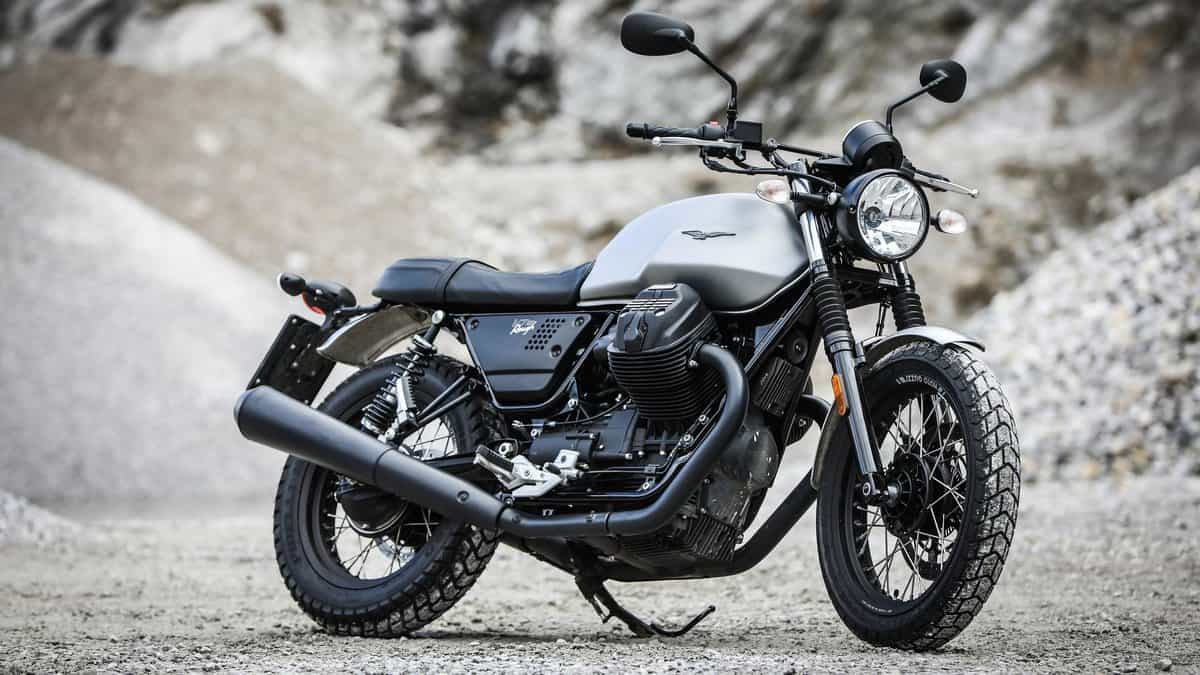 The Italians at Moto Guzzi kept upgrading the V7 until they got to the V7 III Rough, which is as much scrambler as you can get from them so far. The V7 II with the scrambler package is great, but the Moto Guzzi V7 III Rough is even better.

It handles both the pavement and the dirt very well with its knobby tires and powered by a 744 cc V-twin with 44 pound-feet of torque, it does wonders uphill. It doesn’t lack the modern ABS and traction control for those who need them, but it gives the option to switch them off when going dirty.

The V7 III Rough is a standard motorcycle built in the spirit of the original scramblers, so expect some dual purpose fun from it. It’s got both the capabilities and the looks of a scrambler, while the price remains in the affordable range. 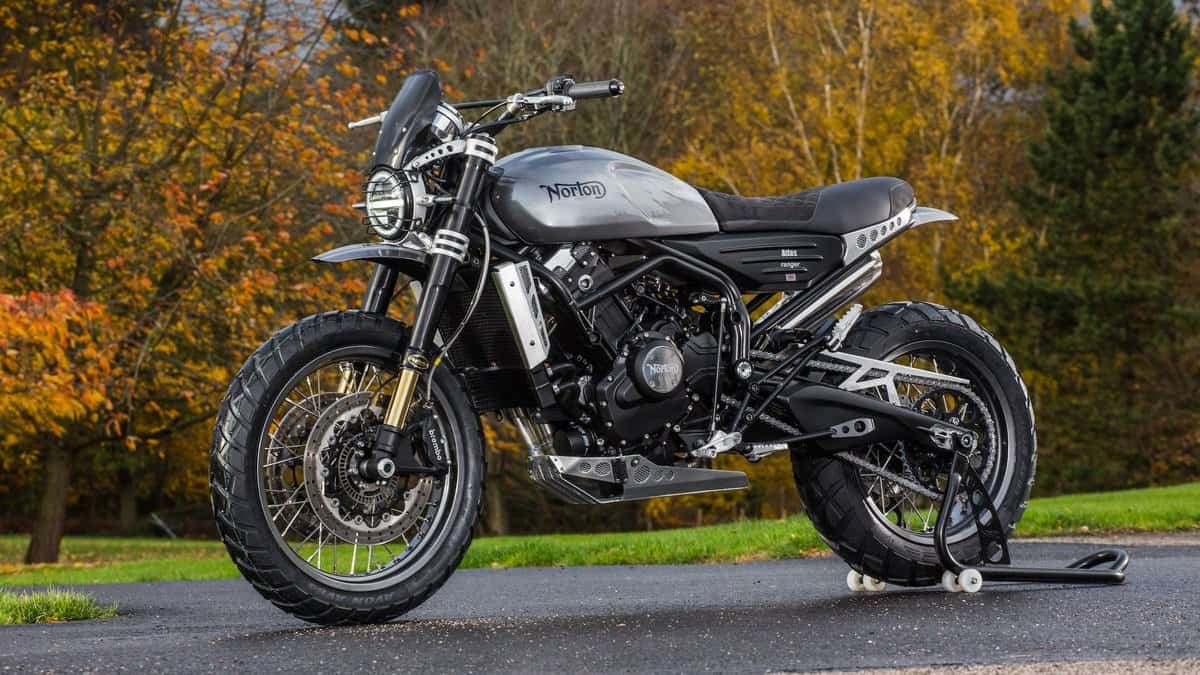 Norton Motorcycles, the iconic UK motorcycle manufacturer has come up with scrambler of their own. Called the Norton Atlas Ranger and powered by a 650cc liquid cooled parallel twin, the bike makes 85 horse power at 11,000 rpm. It also comes with front inverted Roadholder forks with 7.9 inches of travel, triple disc Brembo ABS brakes, skid plate and a 19 inch laced front wheel.

What’s not to like about the Atlas Ranger? It competes with the more established Triumph and Ducati scrambler ranges. The Ranger is a dirt worthy motorcycle with that revived retro look everybody goes crazy about these days. 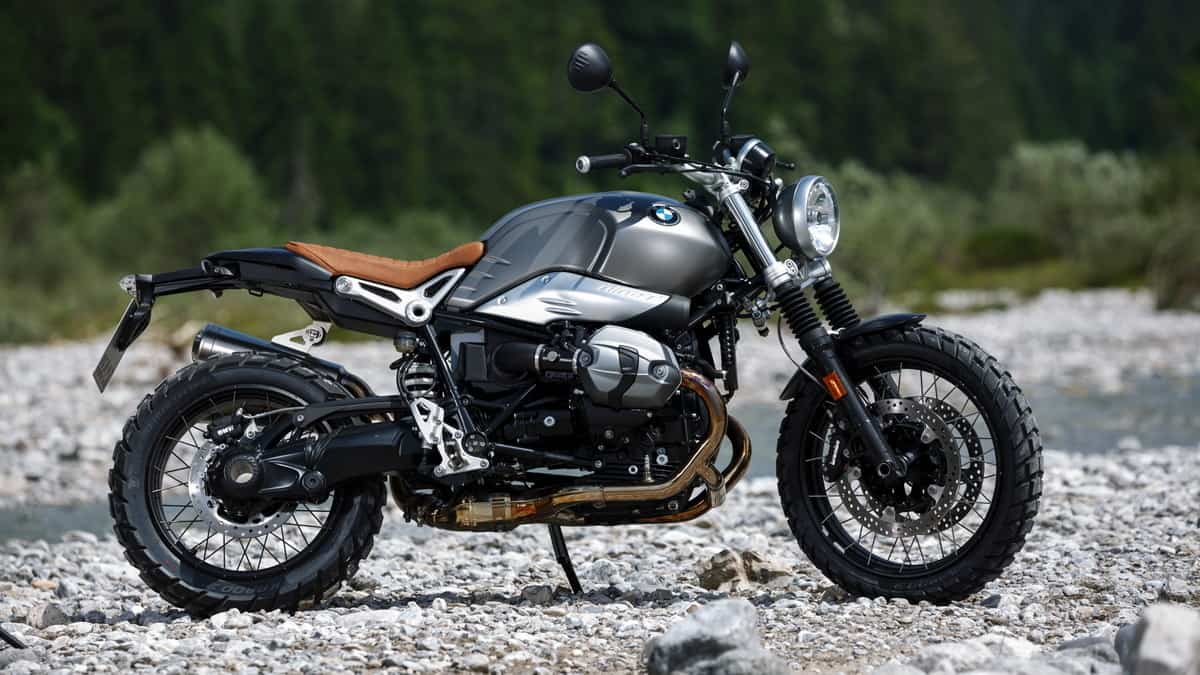 BMW couldn’t have stayed behind on this one, could they? The Bavarian manufacturer has brought to life a beauty and a beast. The new BMW R nineT Scrambler comes with a powerful 1,170cc flat-twin engine with an amazing sound. It’s the same air and oil cooled opposed twin you’ll see on the GS, R and RT range of bikes and it’s got the same 110 horse power.

The R nineT Scrambler from BMW comes ready to hit the dirt with its high-mount exhaust, more suspension travel, relaxed seating position, 19 inch front wheel and a scrambler worthy rugged look. Though it looks amazing, the BMW R nineT Scrambler is actually a streetbike, with better ground clearance and some off-road mods on it, so keep that in mind when choosing your next scrambler. 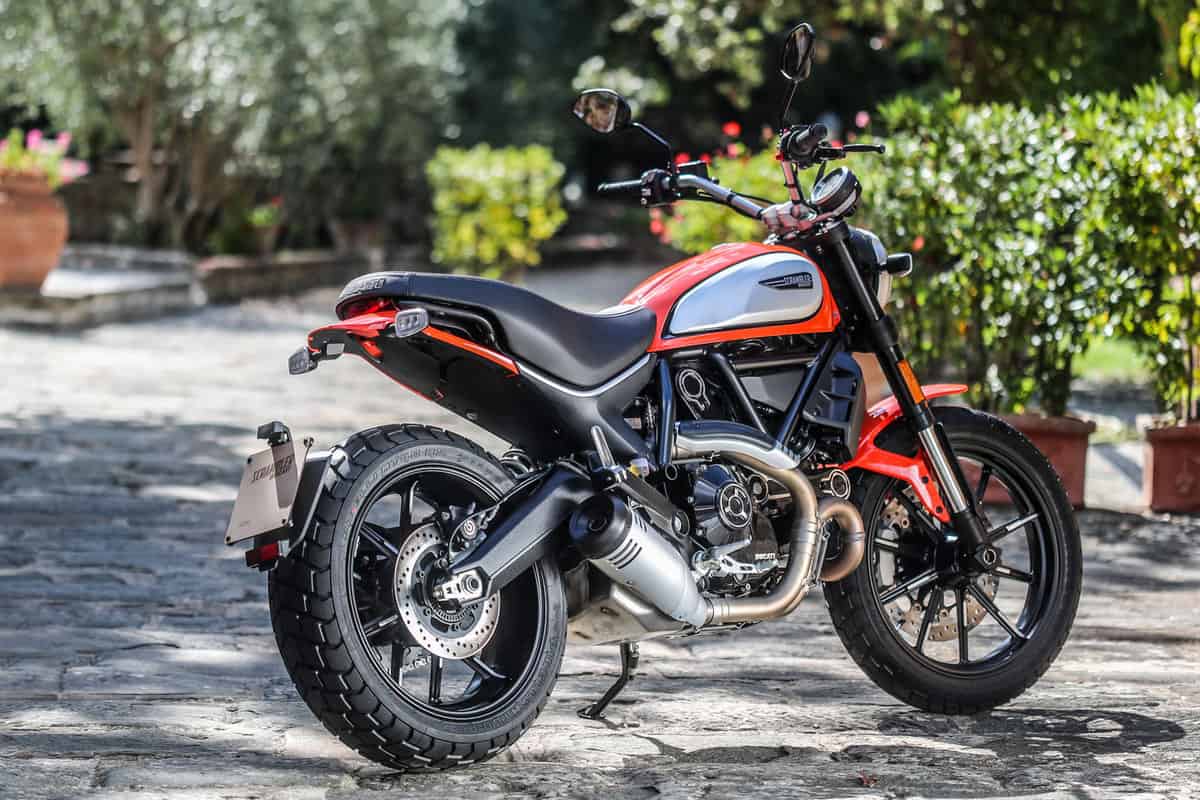 The first ever Ducati to be called a scrambler came somewhere in 2015. Today a little more evolved, the new Ducati Scrambler Icon makes it on the list of many people as a worthy scrambler to own and ride around town and outside it.

The new Icon comes with the 800cc Ducati used us with in their lightweight Scrambler range, and also a brand new LED headlight with matching LED indicators. Among the upgrades, you can count Bosch cornering ABS, new 10 spoke alloys and an ergonomic seat.

Modern riders will also enjoy the revised instruments which include music connectivity, a thing riders of the past might not enjoy so much. But with a base price starting at only $9,395, the Ducati Scrambler Icon is worth considering. 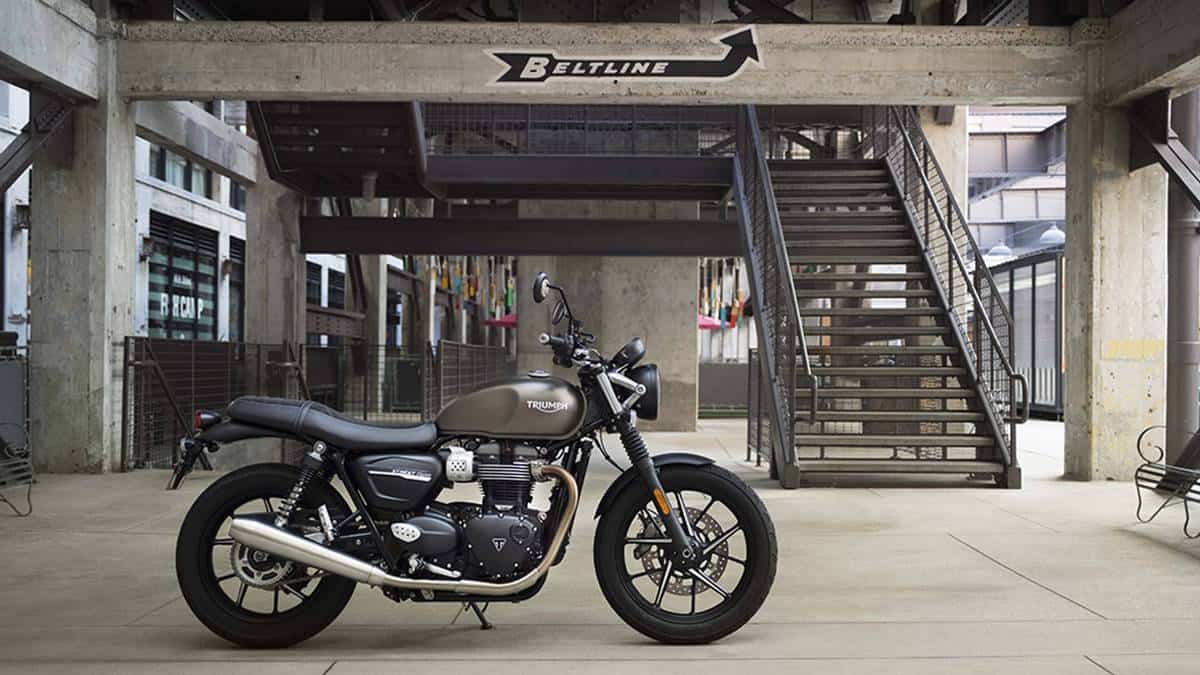 The Triumph Street Scrambler is probably one of the most popular modern scramblers on the market today. It’s shiny, it’s new and comes with a makeover and a boost in power from the 54hp of the original 900cc Street Twin on which it’s based and up to 64 hp.

Then count in the new Brembo brakes, switchable riding modes, new instruments and a better overall style and you’ve got a great bike. It can keep up with its rivals when it needs to and offers a relaxing ride when you only want to see the horizon in front of your eyes. 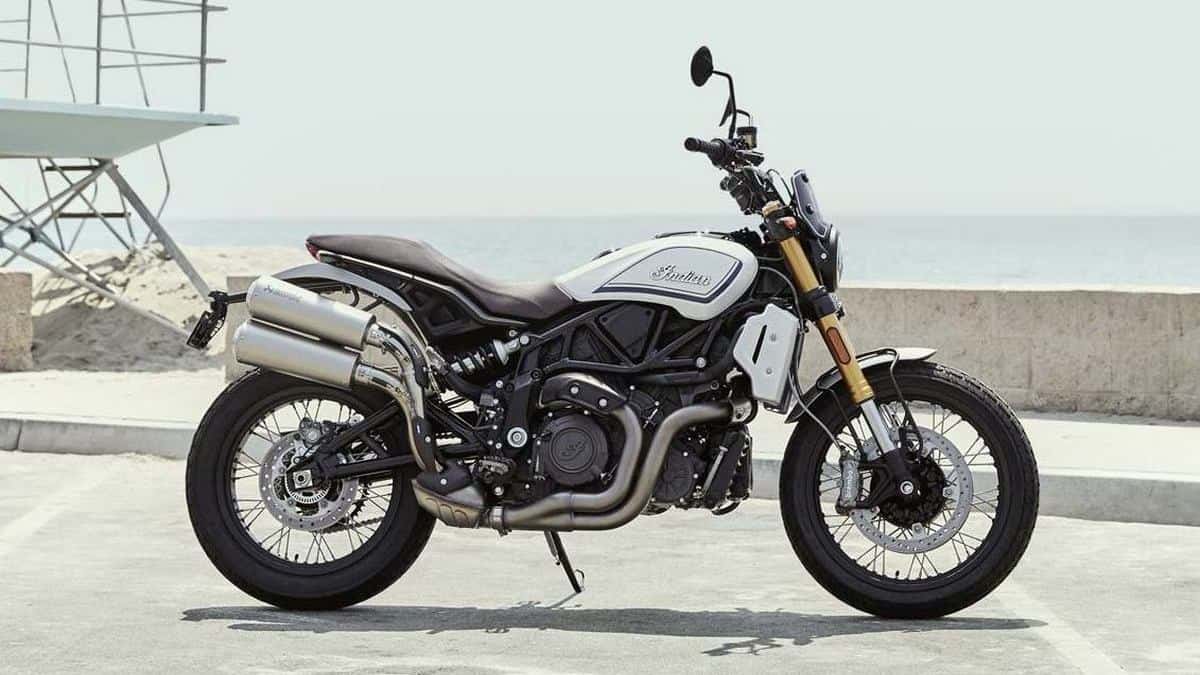 The Indian FTR 1200 S is a streetbike in reality. But if you add the Rally Kit on top, it makes for a great dirt animal. Based on the FTR 750 dirt track racer, the new bike boasts a powerful 1,200cc engine with 10.5:1 compression which makes it a good off-road contender.

The riding position is upright and the bike comes with an inverted 43mm suspension and monoshock on the rear, both adjustable. The Indian FTR 1200 S also comes with a 19 inch front wheel to better tackle obstacles on the road, which can be upgraded to wire spokes and knobby tires. The engine promises 120 hp and to impress you even more, the bike comes with a six speed gearbox.

Add in the triple disc Brembo brakes with standard ABS and Bosch stability control. And for those who know what they want, grab the Rally Collection Kit to make it into a real scrambler. 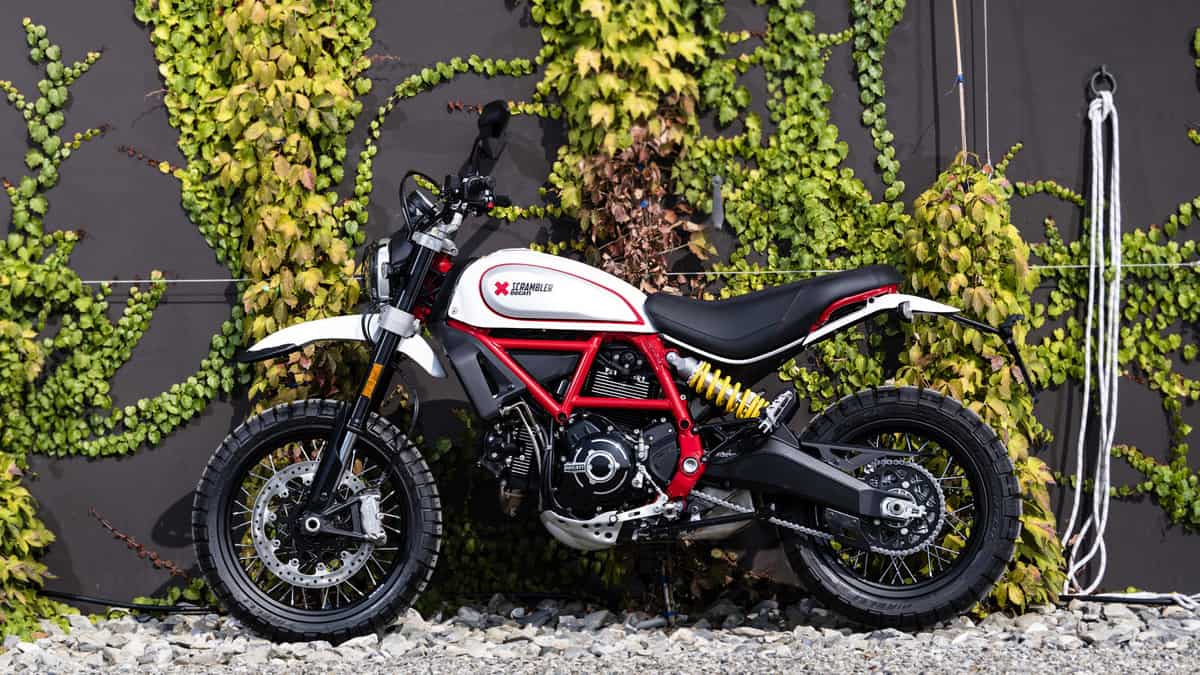 Going back to Ducati, we’re now into their even better Desert Sled, another 800cc but better than the Icon and probably the most versatile of the whole Ducati Scrabler line. It comes with an adjustable 46mm front fork (7.9 inches of travel), stouter swingarm, 17 inch rear wheel and 19 inch laced front wheel and Pirelli Scorpion Rally STR tires.

The new Ducati Scrambler Desert Sled is not your lightweight bike, but it does things well on and off-road and it’s the closest you can get to a true scrambler, rivaling with the Triumph when it comes to real dirt road capabilities. It also comes equipped with standard Bosch Cornering ABS like its Icon brother. The low exhaust might not appeal to scrambler fanatics out there, but overall is one great bike. 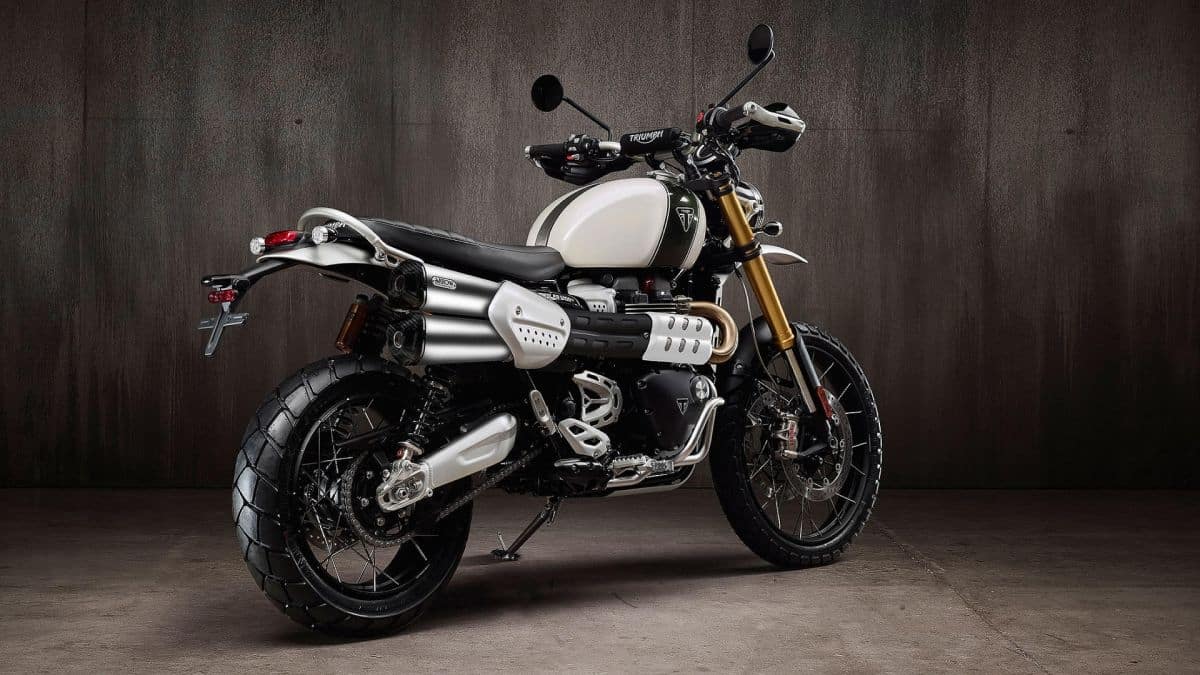 When it comes to production scramblers, Triumph might just be the winner of the market today. Their Scrambler 1200 XE machine is one of the closest you can get to a real scrambler like those in the early days of motorcycling. Triumph also has its roots deep into the sport, so it’s the brand most people look up to when thinking about those past classics.

With a 1,198cc liquid cooled parallel twin engine, an adjustable front suspension with no less than 9.4 inches of travel, ABS and traction control that you can toggle on and off to your liking, a total of 88 hp and 81 pound-feet of peak torque and 21 inch front wheels with Brembo brakes, the Triumph Scrambler 1200 XE is ready to get real dirty.