10 Best Backpacking Destinations in India in 2019

India is a backpacker’s paradise – it’s chaotic, exasperating and overwhelming, and at the same time fantastic, wonderful and full of charm. It’s the ultimate place to travel. Hostels are starting to pop up all over the place, creating a truly international backpacker scene that brings people together from all over the globe.

There’s no better time than the present to pack that backpack and head off into the misty mountains of the Himalayas, the backwaters of Kerala, the beaches of Goa, or explore the chaos of one of India’s most flamboyant cities. Read on to discover ten of the best backpacking destinations India has to offer… 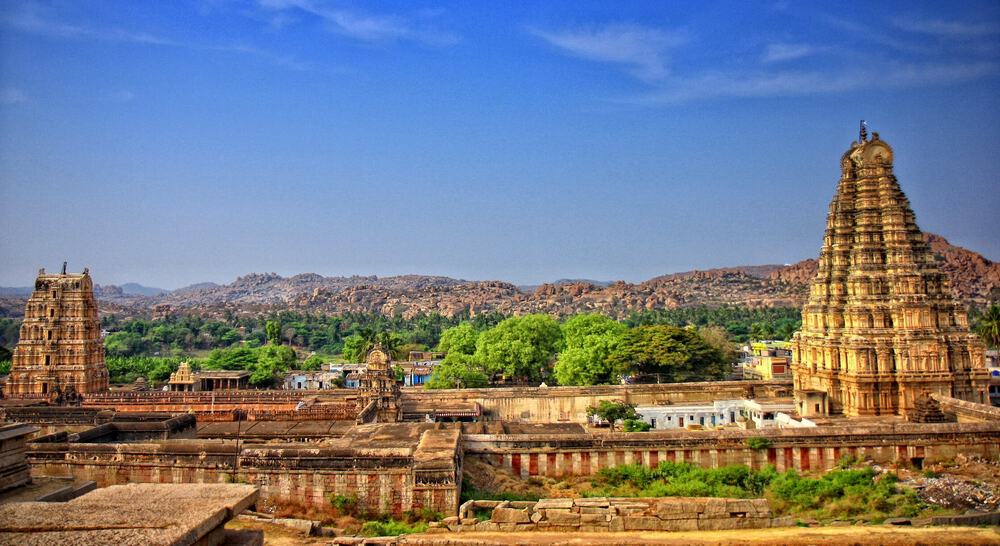 A world heritage site bursting with ruins and towering piles of boulders, Hampi not only oozes interesting history, but has a buzzing backpacker scene. Once the capital of the great Vijayanagara Empire, this quaint settlement tells tales of a bygone era. Easily accessible from both Goa and Bengaluru, Hampi’s non-pushy nature invites more and more backpackers in every year to explore its wonders.

While here you can visit the unique terrain of fascinating ruins – ancient temples abandoned to the wildness of nature – or you can hit up the fantastic bouldering and climbing opportunities. For those backpackers looking to unwind for a while with fellow travellers, head to the chilled-out environment of Virupapur Gadde, which borders stunning paddy fields on the other side of the river. 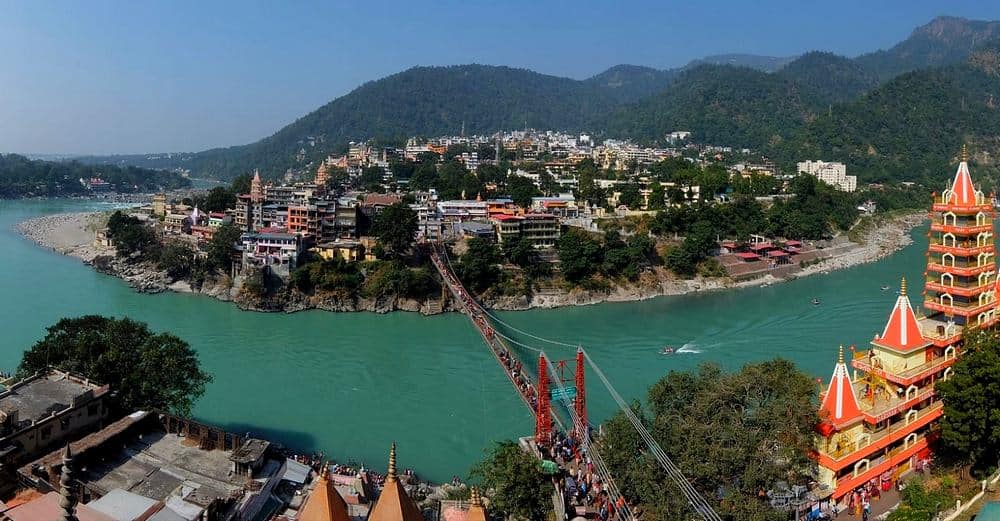 Yoga, meditation, culture, Hindu mythology. Rishikesh is one of the most popular religious destinations for Indians and for those spiritual seeking backpackers. Regarded as the birthplace of yoga and famous for getting the Beatles stuck into Ashram, this is a popular spot not only for yogis, but anyone seeking a place to escape and connect with nature.

Located in the Himalayan foothills, Rishikesh offers plenty of yoga and meditation courses, which can range in length from days to months. It’s also grown in popularity for its adventure sports, mostly down to it being one of the top bungee jumping spots in India. Paragliding or white water rafting in the Ganges can be enjoyed here too. If yoga or extreme sport isn’t your thing, Rishikesh is a beautiful place to just chill and explore. You can hire a moped and zip along the mountain roads, or just kick back and take in the stunning surroundings. 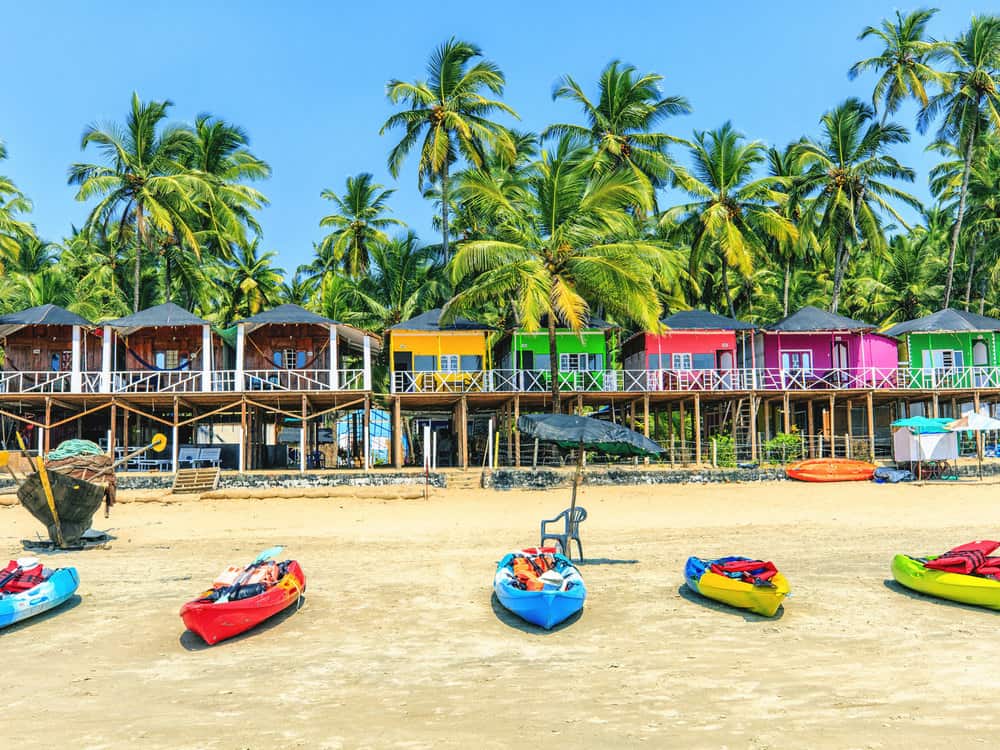 The jewel in the crown of Indian tourism, Goa is popular with backpackers from both India and across the world. Backpacking Goa isn’t the intense culture shock that the rest of India is famed for, instead it boasts chilled vibes, stunning beaches and a thriving party scene. With its 130 km coastline, colonial structures, waterfalls, night markets and food a plenty, Goa offers something for everyone.

As well as all the beauty and charm, it’s the perfect place to let your hair down. As the spiritual epicentre of trance, Goa hosts legendary parties, with many backpackers heading here purely for this reason. It’s also one of the few states of India where gambling is legal, with casinos both land-based and anchored on the Mandovi river. Whether you want to hone in on your basic strategy for Blackjack or try your luck at playing poker in India’s one of a kind poker room in the Deltin Royale Casino, there’s something for everyone. 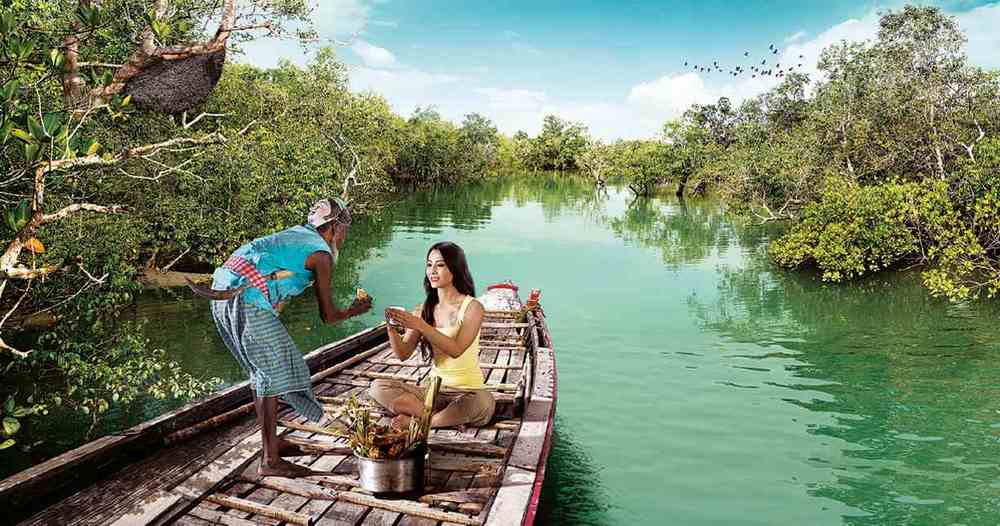 Home to a large number of Royal Bengal tigers, thousands of nature lovers flock to Sundarbans every year. This UNESCO world heritage site is spread over a 1000 sq. km area, a small part of which lies in the Indian state of West Bengal, and is acknowledged as both a national park and tiger reserve.

Here backpackers have the chance to stay in low-cost lodges and go on safari tours. You can sail on the untamed river through the mangrove forest as exotic birds fly overhead, all the while trying to spot a Royal Bengal tiger lurking in the dense undergrowth. An experience not to be missed. If you’re looking for a place that is nature in its rawest form, Sundarbans will wow you.

A laid-back ancient holy town, Pushkar is a spiritual place that has achieved almost cult status. Full of yoga classes, wellness therapies, henna tattoos, cooking classes and plenty of textiles to buy, this relaxed town offers something for every backpacker. If you happen to time your visit well, you may get to experience the Pushkar Camel Fair, where thousands of camels descend into the town. Usually held in November, this peculiar festival gives you the chance to witness an old tradition in India – camel trading.

Another attraction to Puskar is the camel safari, which involves exploring the bordering rugged terrain of the Thar Desert on the back of a camel. You might even get to witness a mesmerizing sunrise or sunset while doing so. If camels aren’t your thing, Pushkar has other ways of charming backpackers, especially with its numerous temples, including one of the few Brahma temples in the world. 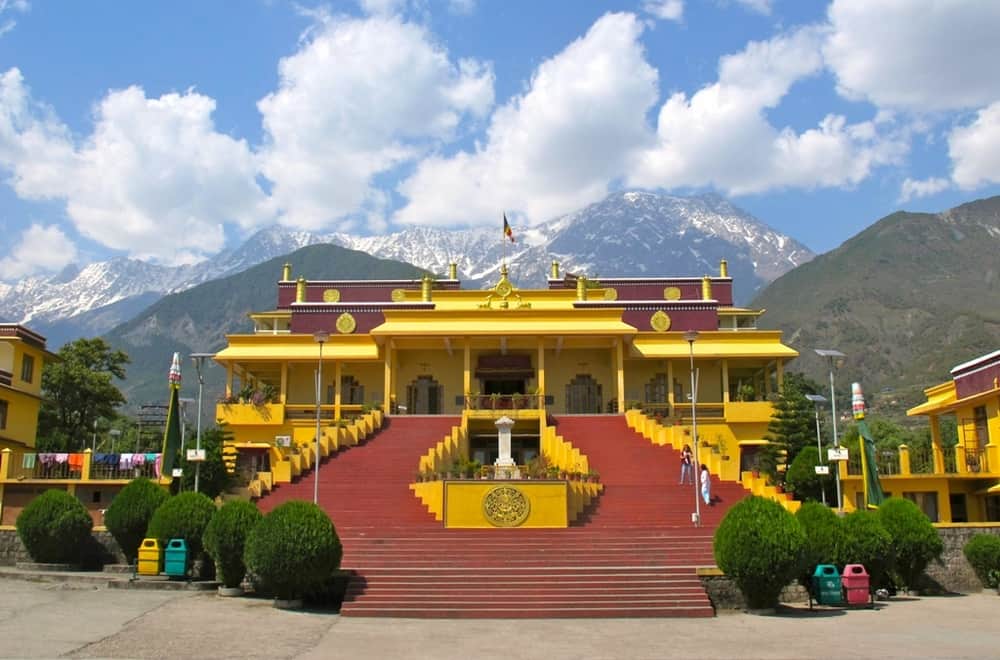 Home to the Dalai Lama and a large population of Tibeten refugees, Dharamshala is nestled in cedar forests in the Kangra Valley, on the edge of the Himalayas. With views of snow-capped peaks, the natural beauty of this paradise draws in backpackers, and its sacred monasteries beckon hordes of worshippers every year. Here backpackers can do courses on Buddhism or alternative therapies, stroll through the city and its buzzing markets, explore rock-cut temples or visit the famous Namgyal Monastery.

Further uphill there is the much quieter village of Dharamkot, which is becoming an increasingly popular destination for backpackers. Here the air is fresh, life is peaceful and there are plenty of courses and workshops based around yoga and meditation. Both destinations are worth a look in. 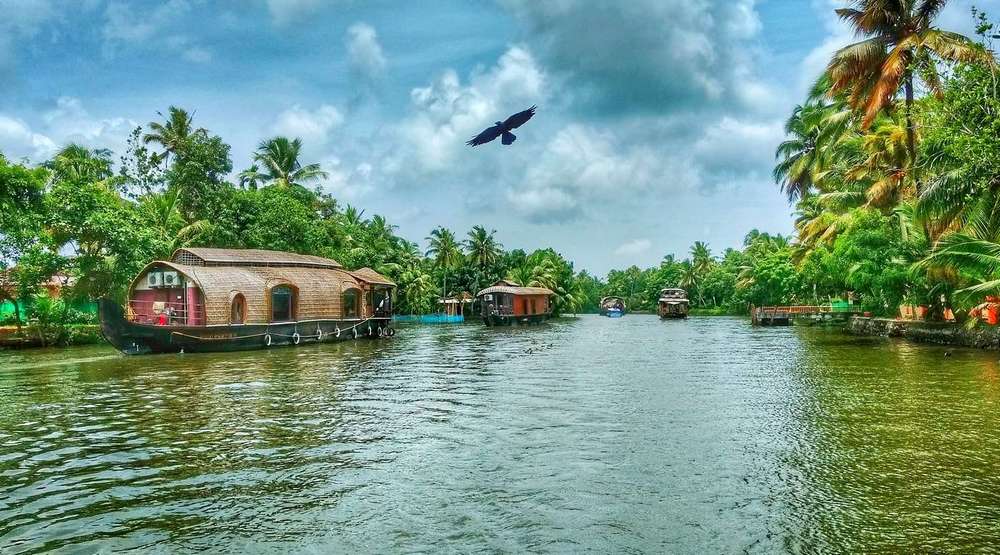 Known as Gods Own Country, Kerala is famed for its sandy beaches, lazy backwaters, laid-back lifestyle and rolling tea plantations. Still considered less touristy than Goa, this Indian state is a popular backpacking destination. Sitting on the Arabian Sea and offering plenty of fascinating places to visit, Kerala is a unique glimpse at South Indian culture.

Backpackers can take in the picturesque hill station of Munnar, which is famous for its emerald-green tea plantations and ‘above the clouds’ spectacular views. Then there is the slow pace of the historic seaside Fort Kochi, which is an arty cultural spot, full of European architecture, cafes and galleries. If you’re after a beach, Varkala beach is one of the best in Kerala. Paved with coconut palms, this cliff-top setting provides a tranquil alternative to the maddening city crowds. Whatever scene you’re after, Kerala is bound to oblige.

Fondly called ‘Little Tibet’, backpacking to Spiti Valley will offer you magnificent sights of snow-capped mountains and roaring rivers. This cold desert mountain valley in Himachal Pradesh is located high in the Himalayas mountains and is the perfect example of nature’s surrealism. It’s home to some of the highest villages and oldest monasteries (including the famous Tabo and Key monasteries).

Backpackers can camp under the stars on the shores of Chandratal – a serene, high altitude alpine lake, stay in a 1000-year-old monastery in Tabo, or trek through the mountainous valley. For those adventure seekers, river rafting down the Spiti and Pin rivers offers the opportunity to feel the thrill while basking in the serenity of the mountains. 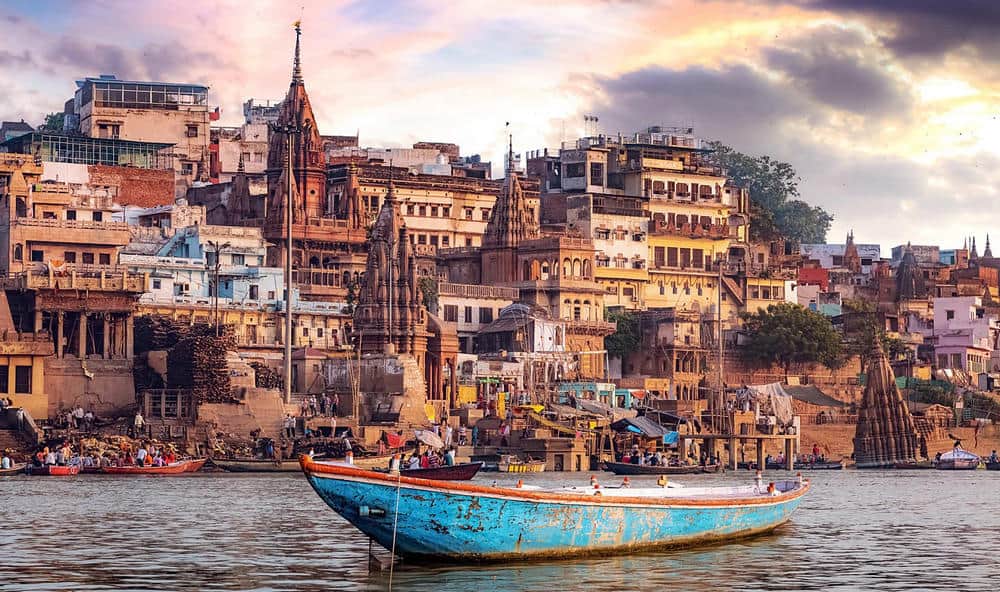 A destination that is full of life and death, the sacred city of Varanasi should be on your backpacking hit list. This mystical city is the epitome of India – chaotic, intense, shocking, magical, dirty and beautiful. Varanasi is a force unto itself. Once you step foot into the city, you know you’re in the heart of India.

It has a spiritual energy, and you can feel, smell and taste India as you walk through the city. Rituals, everything from bathing to burning bodies of the dead, are openly displayed along the riverside ghats, stray cows roam the streets and an abundance of colourful stores selling silken saris line the alleys. You can visit one of the Buddhist pilgrimage sites, eat the most amazing Indian cuisine or take in the many activities taking place along the River Ganges, from cricket to blessings. If you want to really experience India, this is the place to go. 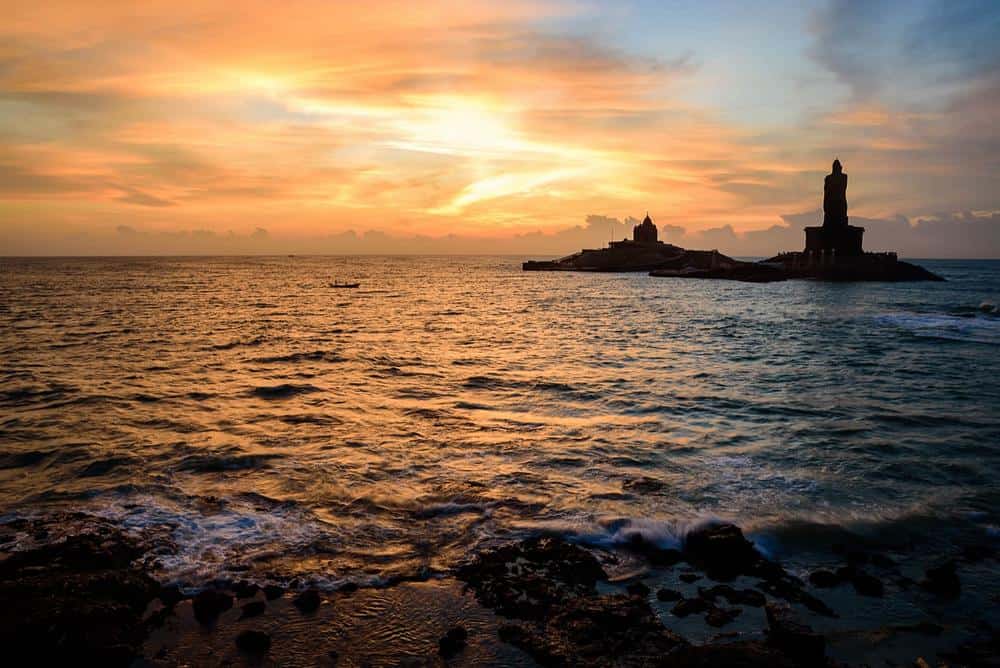 Located on the southernmost tip of India’s peninsula, the end of India, Kanyakumari can sometimes feel surreal. Here you have the chance to watch the sun set and moon rise over three seas (Bay of Bengal, Arabian Sea, Indian Ocean) simultaneously. A popular pilgrimage destination, it draws devotees to its shrines of Devi Kanya Kumari and Thanumalayan, all places backpackers can visit too.

The perfect backpacking destination, Kanyakumari is a refreshing respite from the chaotic Indian road. You can relax on the beaches of Sanguthurai, Muttom, Sothavilai and Thengapattinam, or take in the history of the Padmanabhapuram Palace, Bhagavathy Amman Temple and Thiruvalluvar Statue.

Tags:
Previous Article
20 of the Most Famous Logos of All Time
Next Article
Novitec Takes the McLaren 720S Spider To The Next Level 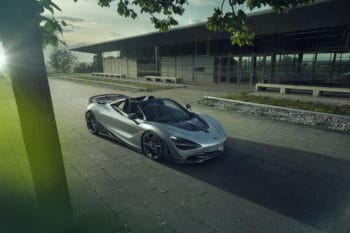 Novitec Takes the McLaren 720S Spider To The Next Level