Home ‣ Fashion ‣ These are the World’s Most Luxurious Fabrics

These are the World’s Most Luxurious Fabrics 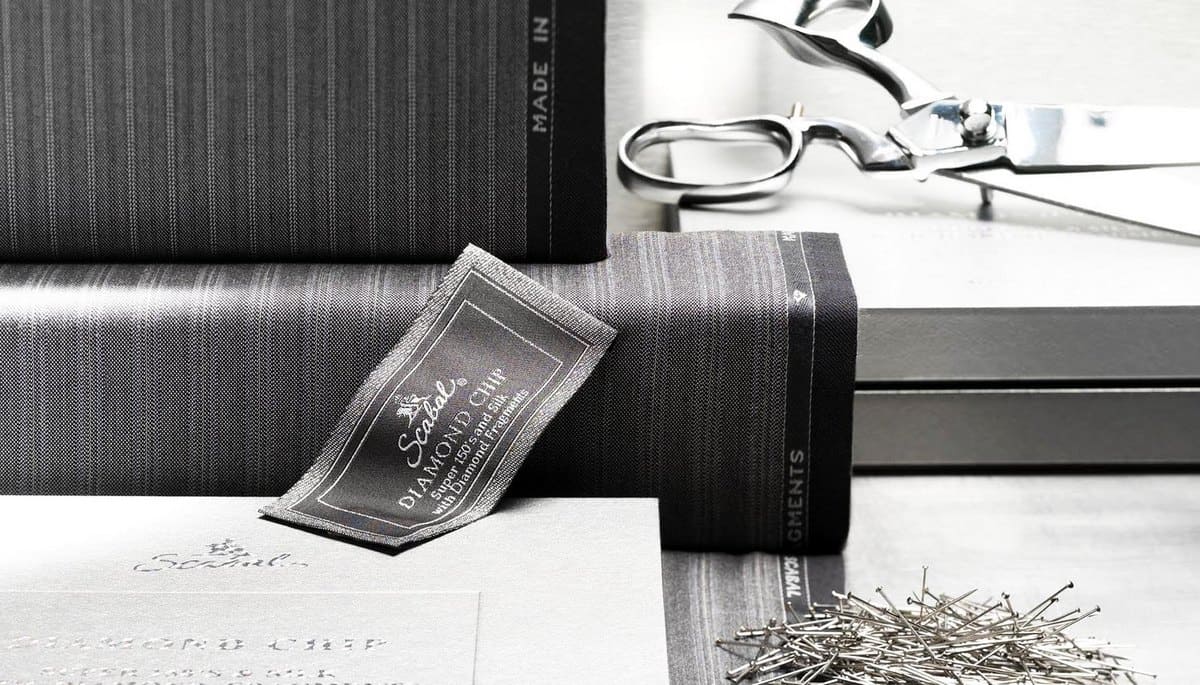 Have you ever wondered why some clothes are so ridiculously expensive? Well, it obviously depends on the designer’s name and creativity, but mostly the answer lies in fabrics. Fine fabrics are hard to produce, which makes some of them very rare and leads to you buying, or wishing, extravagant pieces of wardrobe that cost a fortune.

But let’s be honest here. You usually get what you pay for. The quality and the comfort of those fabrics is unmatched. Not to mention that they are made by some of the world’s most renown fabric producers, so you can expect some of the highest price tags as well.

Merino wool, silk, fur and linen might be on your tongue already, but there are other types of those fabrics that are manufactured from some of the rarest and finest raw materials in the world, and that makes them much more special than the ordinary fabrics we’re all used with. Curious about the world’s most luxurious fabrics? Let’s take a look. 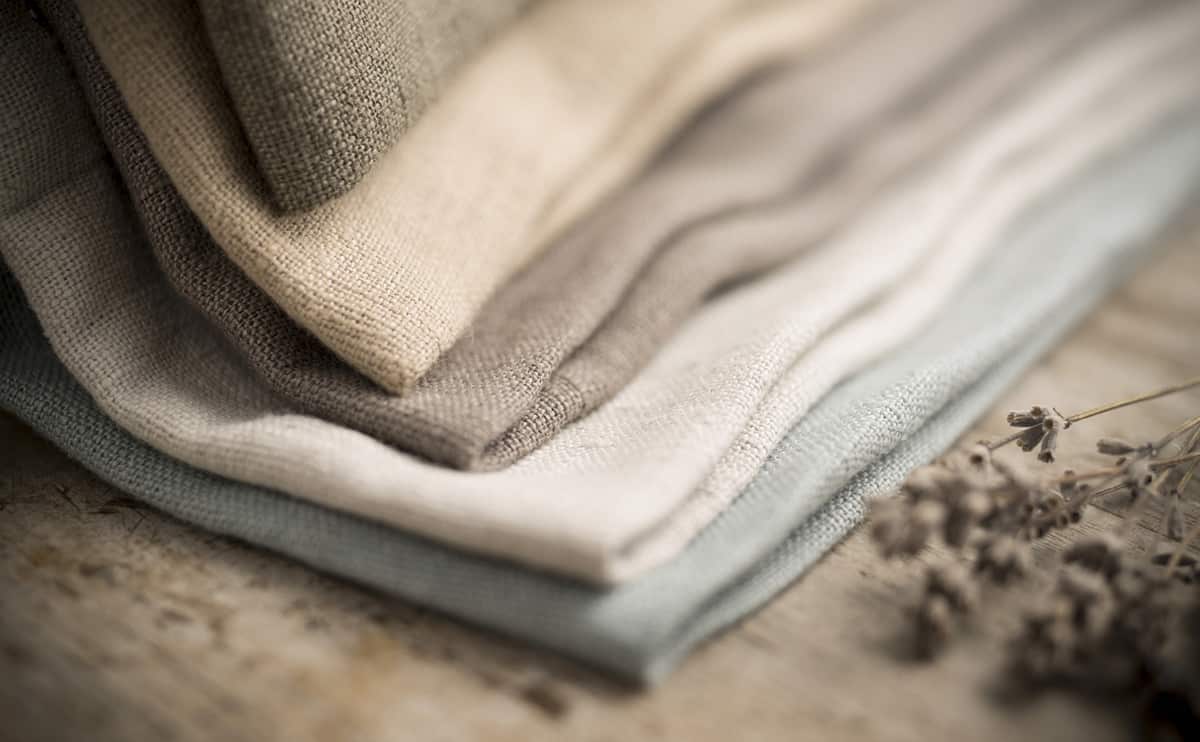 Invented thousands of years ago in ancient Egypt, linen has won the world one cloth at a time. It’s created by weaving fibers of flax seed stalks, giving it a delicate and unique texture. You probably thought about it from the beginning and you were right. Linen is among the most luxurious fabrics out there, but it’s also among the most common. It has a rich history nonetheless, with flax being one of the oldest cultivated plants in the world. 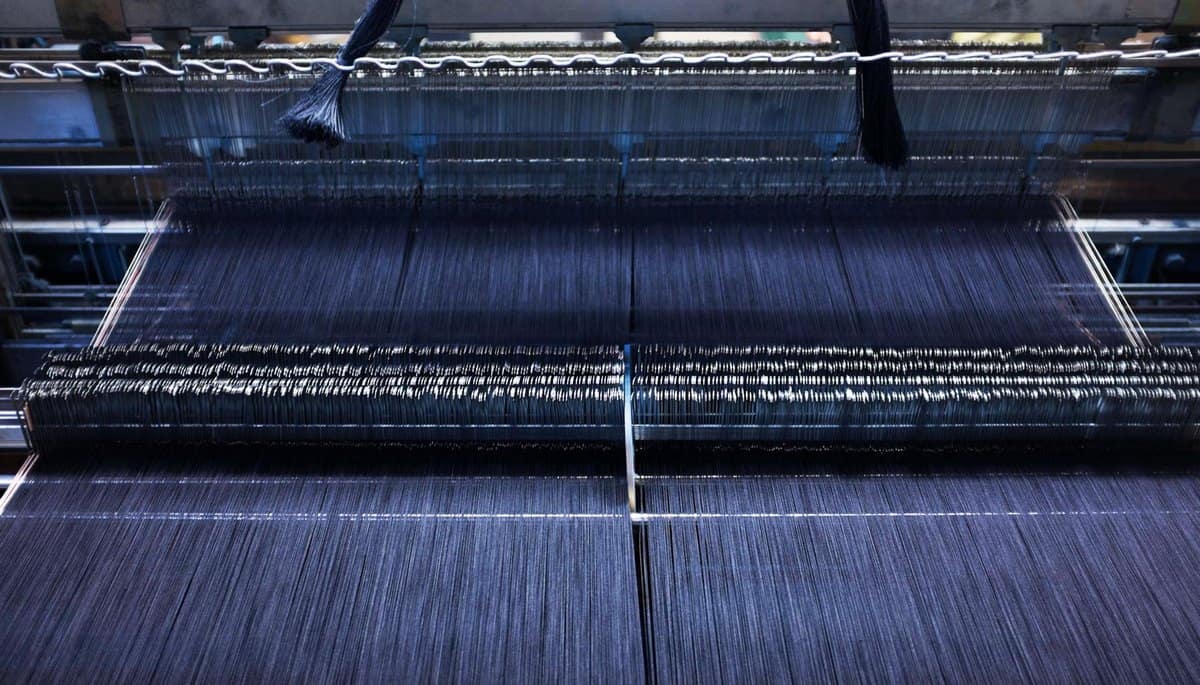 While denim is something everybody is used with, its Japanese version is something entirely different. Perfected in the land of the Rising Sun, the Japanese Denim holds a high reputation among denim fans, especially due to the fact that it’s more of an art form than a traditional fabric.

The Japan Blue Group is behind it all and they’re also supplying brands like Louis Vuitton and Gucci with their new and bettered denim version. They also manufacture jeans, the G001-T Gold Label Momotaro jeans, of which a pair costs around $2,000. 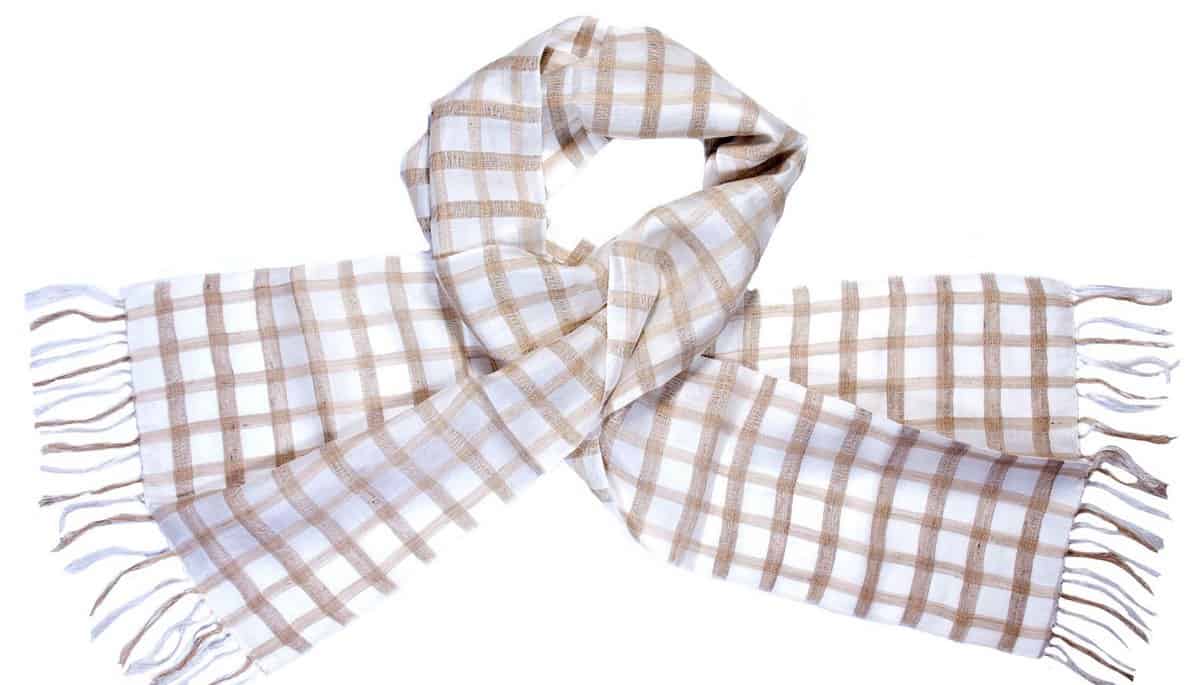 Coming from Myanmar, the lotus flower silk, or kyar chi, is an extremely rare and soft fabric, discovered entirely by accident. The story says that a century ago, a girl from a Buddhist pagoda plucked a lotus flower to offer it to the temple’s monk. But then she noticed a strand of fiber where the stem was cut and weaved it into a robe for the beloved monk.

It seems that the practice spread around the temple and the Inle Lake area and goes on even today. They named it the last discovered jewel of the textile fiber world. The process to create the fiber is a tedious one, making kyar chi one of the most craved fabrics in the world. 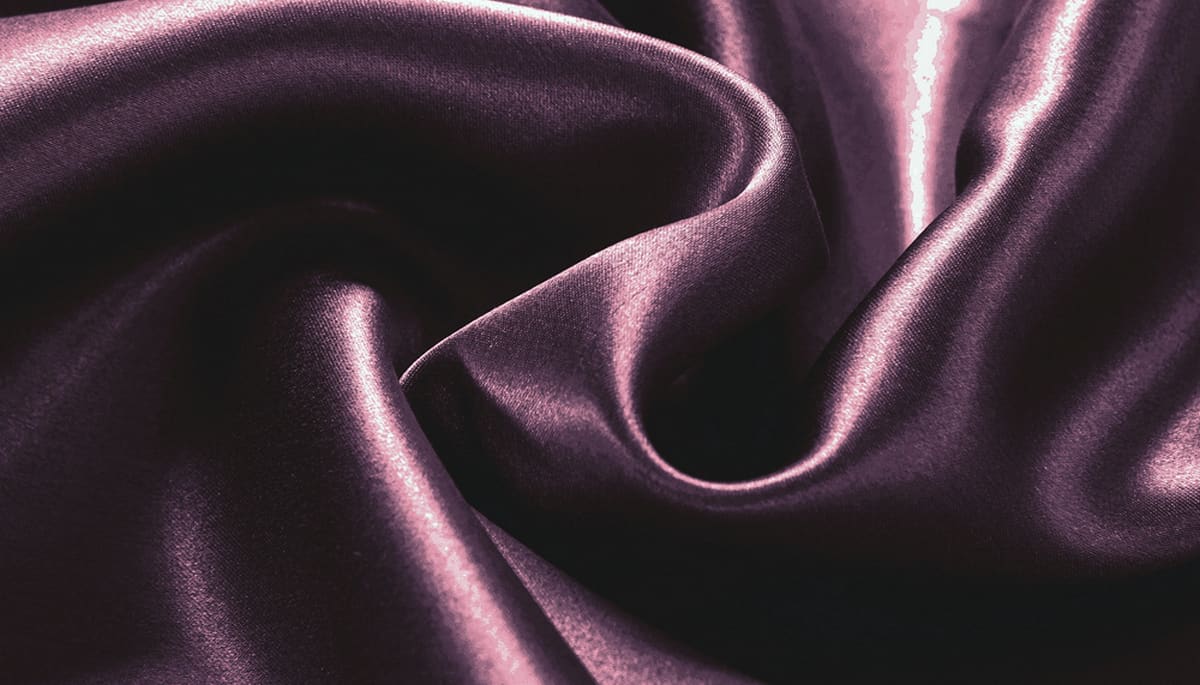 Mulberry silk is famous for its amazing softness, and has become the highest quality silk you can buy today. Made from the cocoons of the Bombyx mori moth silkworms, which are fed only mulberry leaves, the resulting fabric has hypoallergenic qualities and a texture and color that are extremely uniform.

Carefully weaved and requiring special maintenance, the Mulberry Silk reaches a price tag of $100 per yard, making it one of the most sought after and expensive fabrics in the world. 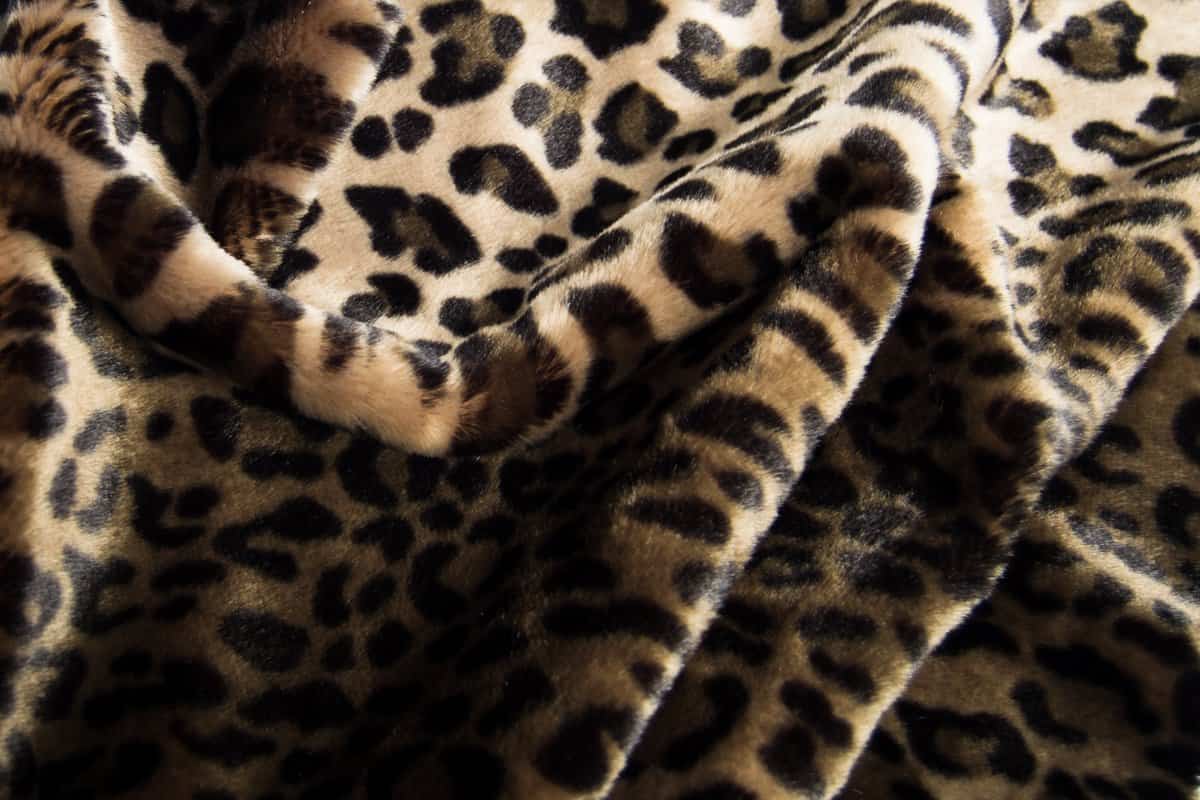 Fur is a long time favorite of man. From the dawn of mankind until today, fur has been used as garment especially in the cold periods of the year and cold corners of the Earth. But there are many types of fur coats and he most exquisite one is the leopard one. Leopard-printed fur is among the most expensive in the world today and it’s widely seen as the most elegant of them all. A meter of leopard fur can reach $8,000.

Since you might be asking why, it’s because of its rarity and overall prestige. Despite what animal rights activists may say, fur, and leopard fur especially, are still being used in clothes today, maybe even increasing their value. 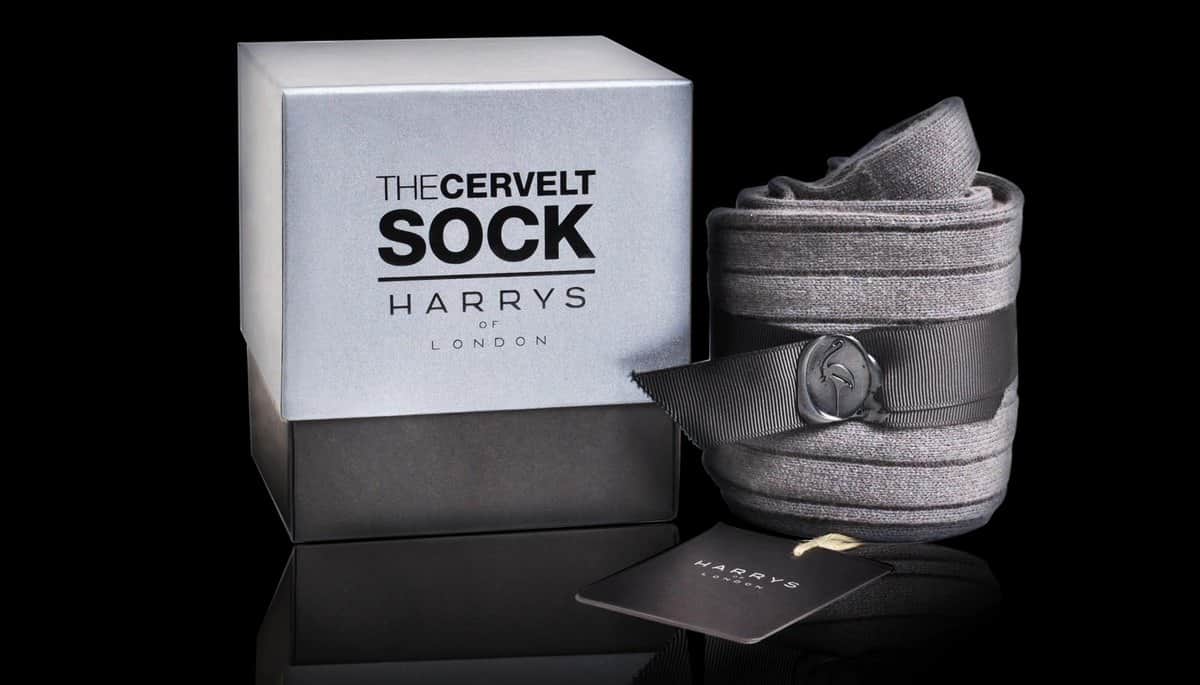 New Zealand is far away corner of the Earth, and local population has had to adapt to being isolated and enduring the chill winds coming way from Antarctica. Their most important ally in this fight has always been the soft, thin coat of the red deer population of the country. The fiber extracted from the red deer coat is known as cervalt, a fabric as soft as cashmere, but a very rare one, as only 20 grams can be collected from a deer each year.

Utilized mainly by Italian specialist tailors, cervelt is a very rare sight in garments all over the world. And to get an idea of its rarity and exclusivity, know that Harry’s of London offered a limited run of 100 cervelt socks in 2014. Each pair had a price tag of $1,500. Quite costly for a pair of socks, don’t you think? 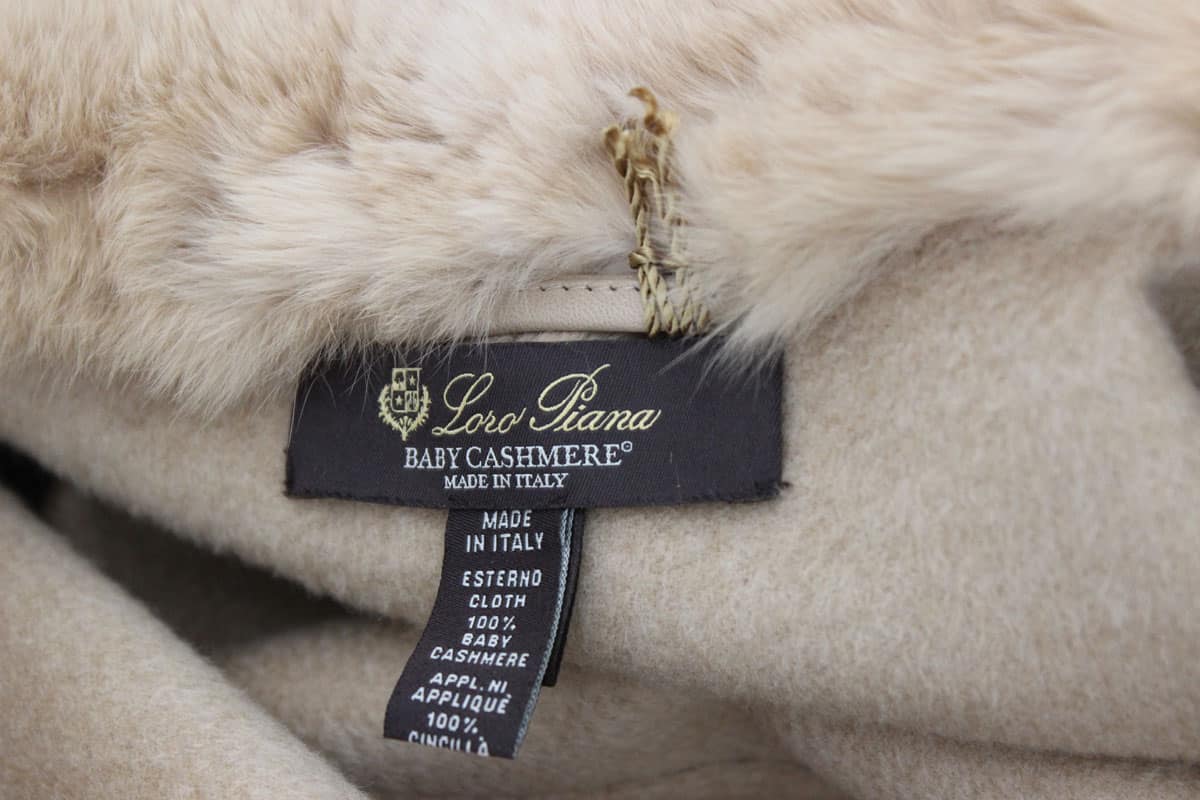 Cashmere has always been a favorite of many celebrities and important people in the world. Its grandeur and price makes it virtually untouchable to most other people. Since centuries ago, cashmere was associated with kings and queens or princes and princesses, and the only difference today is that we don’t have many kings or queens left in the world. Despite that, cashmere has kept its reputation as one of the most luxurious fabrics in the world.

Made from the undercoat of goats and then bred to produce wool, cashmere takes time and patience to manufacture. And then a lot of money to purchase.

But there are several different types of cashmere. Even more exclusive is the baby cashmere produced in Mongolia and northern China from the underfleece of Hircus baby goats. Each goat can produce no more than 80 grams of this fiber, which ends up as only 30-40 usable grams after combing procedures. And that happens only once in the goat’s lifetime. The resulting fiber is extremely fine and the end product, the fabric is 20 percent softer than regular cashmere.

A more affordable option, that’s still equally nice, would be an exquisite wool & cashmere coating mix. Perfect to stay warm and dry, while looking incredibly fashionable, this gorgeous mixed fabric is made by the renowned Italian company Loro Piana, a world leader in high quality wool fabrics. You check can check it out here. 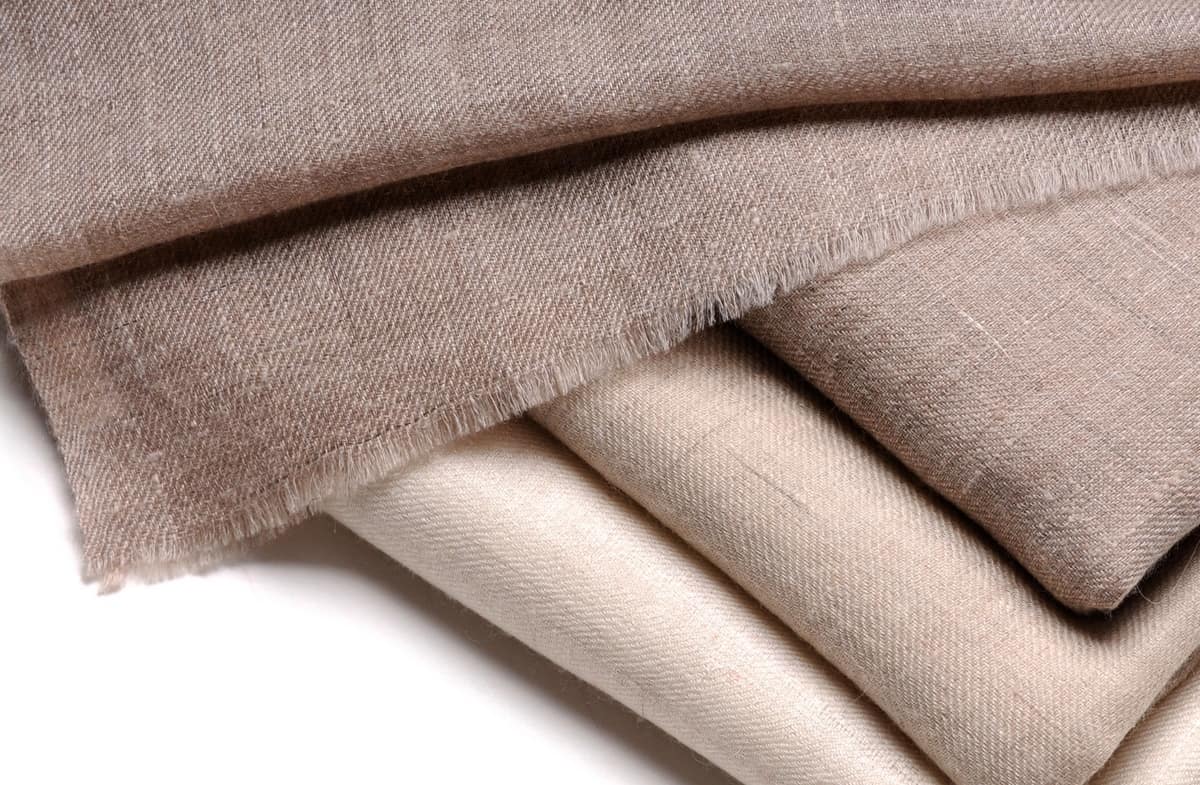 The shahtoosh, coming from Nepal and India, is a fabric woven from the down hair of the Tibetan antelope (chiru). Incredibly fine, the shahtoosh is considered the king of fine wools’ and thus used in ultra luxurious shawls that reach prices of $5,000. The shawls are weaved only by master weavers of Kashmir, known to be the only ones who can handle it.

The downside is that possession and sale of shahtoosh is considered illegal in most countries, despite continuing trade. The animal, chiru, is an endangered species due to poachers, mining and infrastructural developments. 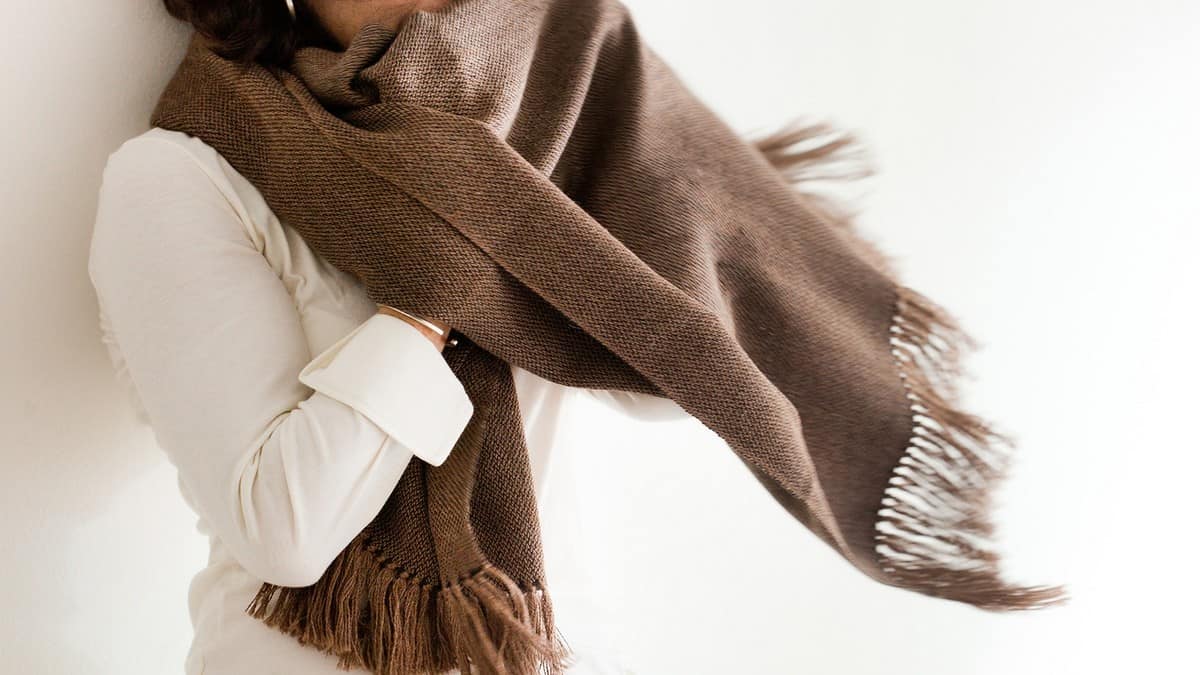 Guanaco is a super expensive and rare fabric made from the coat of the llama found in South America. The process of collecting guanaco is a very time consuming one, with each adult llama giving only around 2 to 3 pounds.

Given its rarity, the guanaco has become the second most expensive raw material in the clothing industry, with garments made from it reaching astonishing prices. For example, a woman’s jacket can reach a price tag between $25,000 and $35,000. Almost untouchable.

The Vicuña Wool, or the ‘fiber of God’, is known as the most expensive wool in the world. It comes from Peru’s Vicuña sheep in the Central Andes, which can only be shorn once every three years. The hand looming process of this fabric is also a very time consuming and costly one. The material can only be gathered from the back and neck of the animal and used to be an exclusive preserve of the Incan royalty in the past.

The Vicuña sheep, which are a cousin of the llama, are an endangered species since they were hunted almost to extinction in the last century. It’s only recently that the sheep population has recovered enough for the harvest to recommence, and the process is regulated by strict laws. The process is tedious, with one adult sheep producing only 500 grams of wool a year.

But the end result is one of the finest, lightest and warmest fiber in the world, and only three companies have a stranglehold on legal vicuña wool, with the iconic Italian luxury clothing company Kiton among them. The rarity of the material keeps an extremely high price tag on everything that includes it, so expect to pay at least $50,000 for a bespoke vicuña suit.