The World’s Most Luxurious Poker Venues 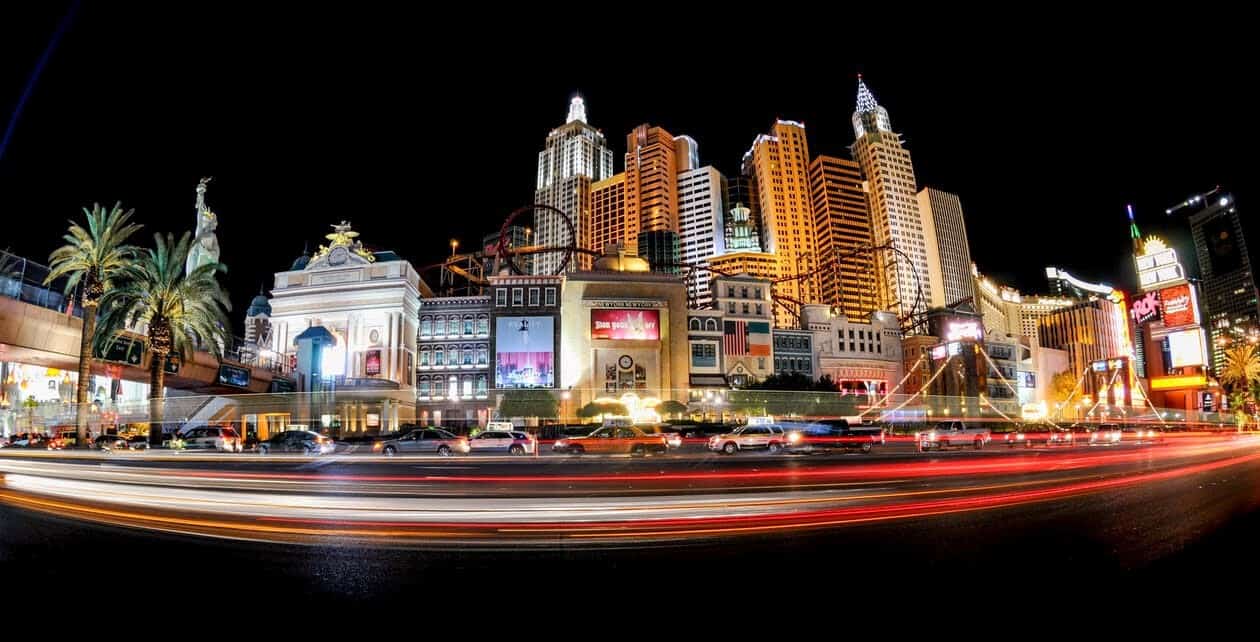 While some people may associate poker with smoky back rooms and shady characters hiding behind inscrutable expressions, this is far from the truth these days. In the past few decades it’s a game that’s emerged from its slightly dubious past to become a glamorous and, for the most skilled practitioners, a very lucrative way to make a living.

As a result there is now an acknowledged circuit of very well appointed luxury casinos only too happy to welcome the high rollers, as well as to provide the lavish surroundings to match.

Obviously, the pinnacle for any player is to walk away from the annual festival that is the World Series of Poker in the Rio Casino Las Vegas with a big win and a prestigious WSOP bracelet. But there are plenty of other places in the world where there are huge prize pots to be played for and first rate opponents to take on – and here are just seven of them. 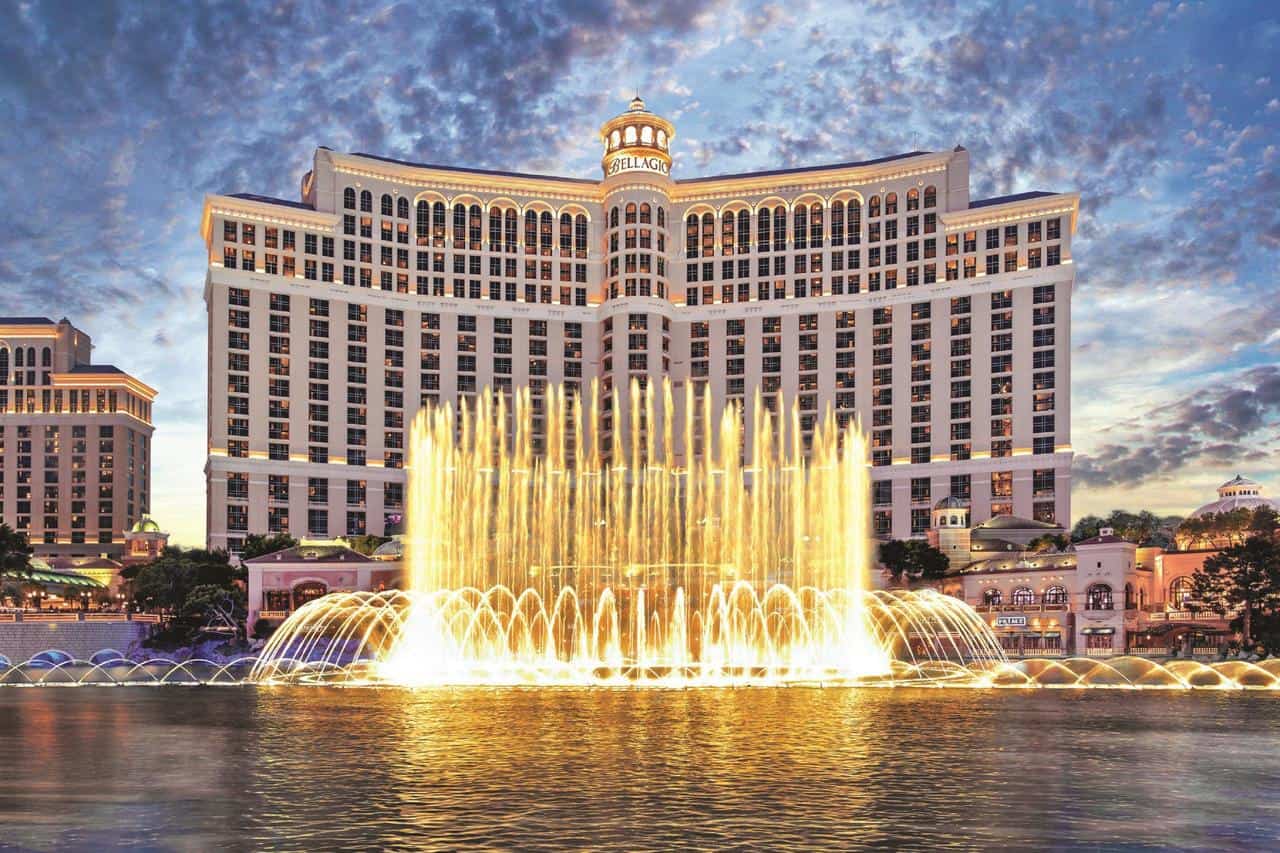 For many, The Bellagio is the quintessential Vegas casino. From its starring role in the George Clooney and Matt Damon version of Ocean’s 11 to the spectacular water fountains display that captivate everyone who sees their daily displays, this is a real A-lister of a casino.

The poker room is as impressive as you’d imagine, with no less than 40 tables across its 7,000 square feet and it’s also famous for its daily 2pm tournament, one of the most popular poker tournaments in Vegas. For the true aficionado, there’s also Bobby’s Room, renowned for having the highest limit poker action in the world. 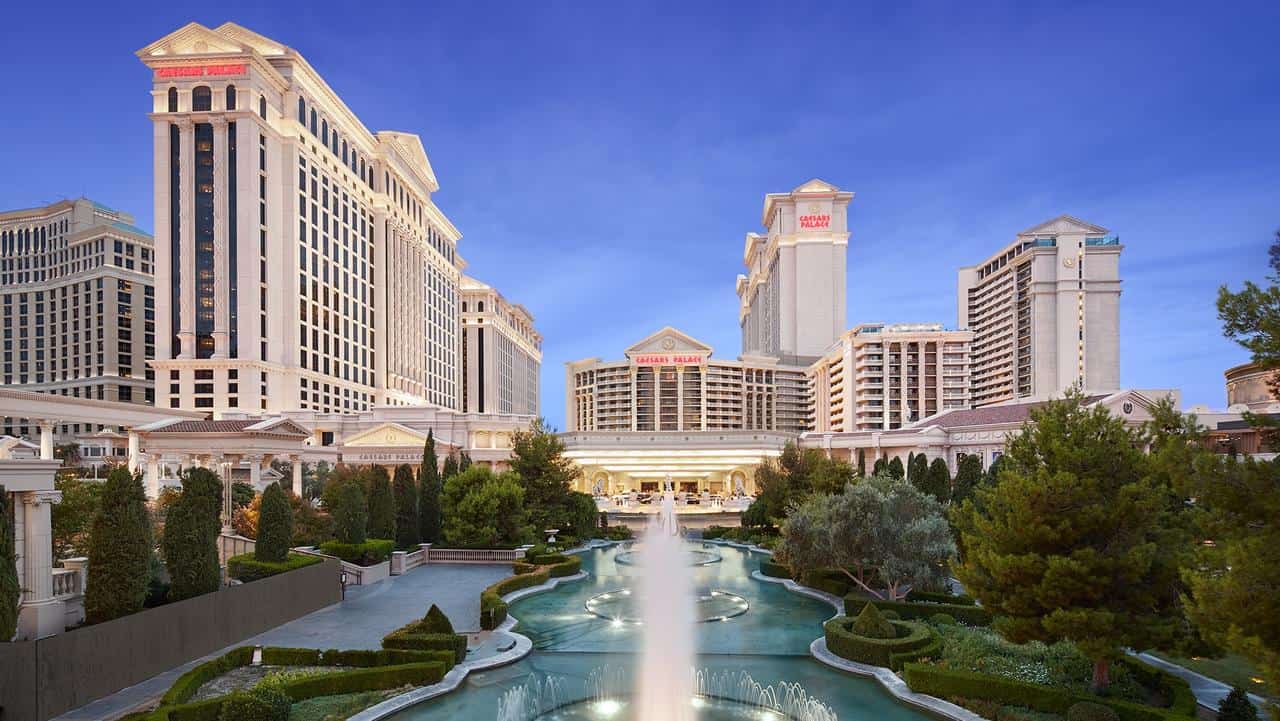 Running the Bellagio a close second, the very name Caesars suggests imperial indulgence and luxury. It’s also very inclusive – the rumour is that its founder, Jay Sarno, stipulated that the name should have no apostrophe because every guest should feel the place belonged to them, not to Caesar.

Opulence is the watchword here with 8,600 square feet of gaming floor space and an extra 6,000 sq. ft. given over exclusively to tournaments. What’s more, the walls are also adorned with many works by the acclaimed artist LeRoy Neiman, famous for capturing all the drama of poker and other quintessentially American sports on canvas. 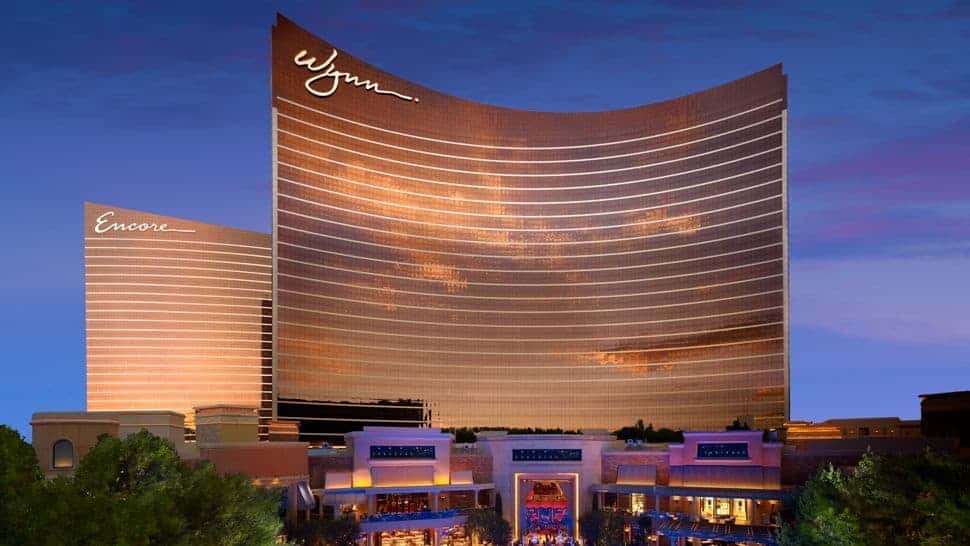 There’s almost no end to the accolades and ratings that the hotel at the Wynn has been awarded, and it even has a Michelin-starred restaurant to its name in the Wing Lei. And if you’re drawn there by your appetite for poker then you’ll be equally satisfied.

The poker room has a relatively modest 26 tables set in the most spectacular surroundings. Whether you’re looking for a low stakes game, or want to raise the stakes a little higher, you’ll find there’s plenty of action to be enjoyed in this flagship of the Wynn Resorts empire. 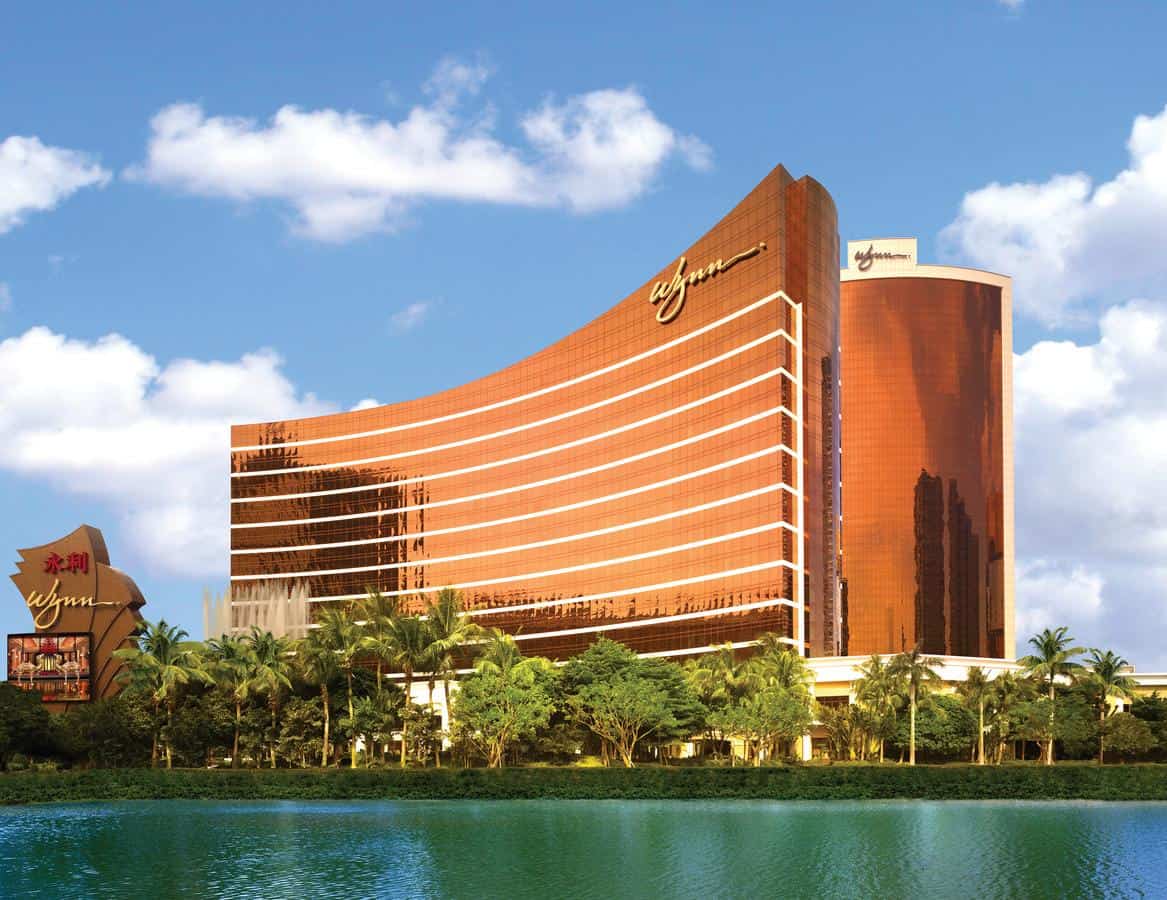 Head over to the other side of the world and you’ll find that the Wynn in Macau is even more lavishly appointed than its Las Vegas cousin. It’s also renowned to be the very best poker room in the former Portuguese colony. Unlike most of the casinos in the city which only offer variations on Texas Hold’em, the Wynn also has a range of Omaha pot limit games on offer.

So it’s no big surprise that it attracts some of the world’s biggest names in poker with professionals like Phil Ivey and Andrew Robl known to drop in for a high stakes game when they’re in town. 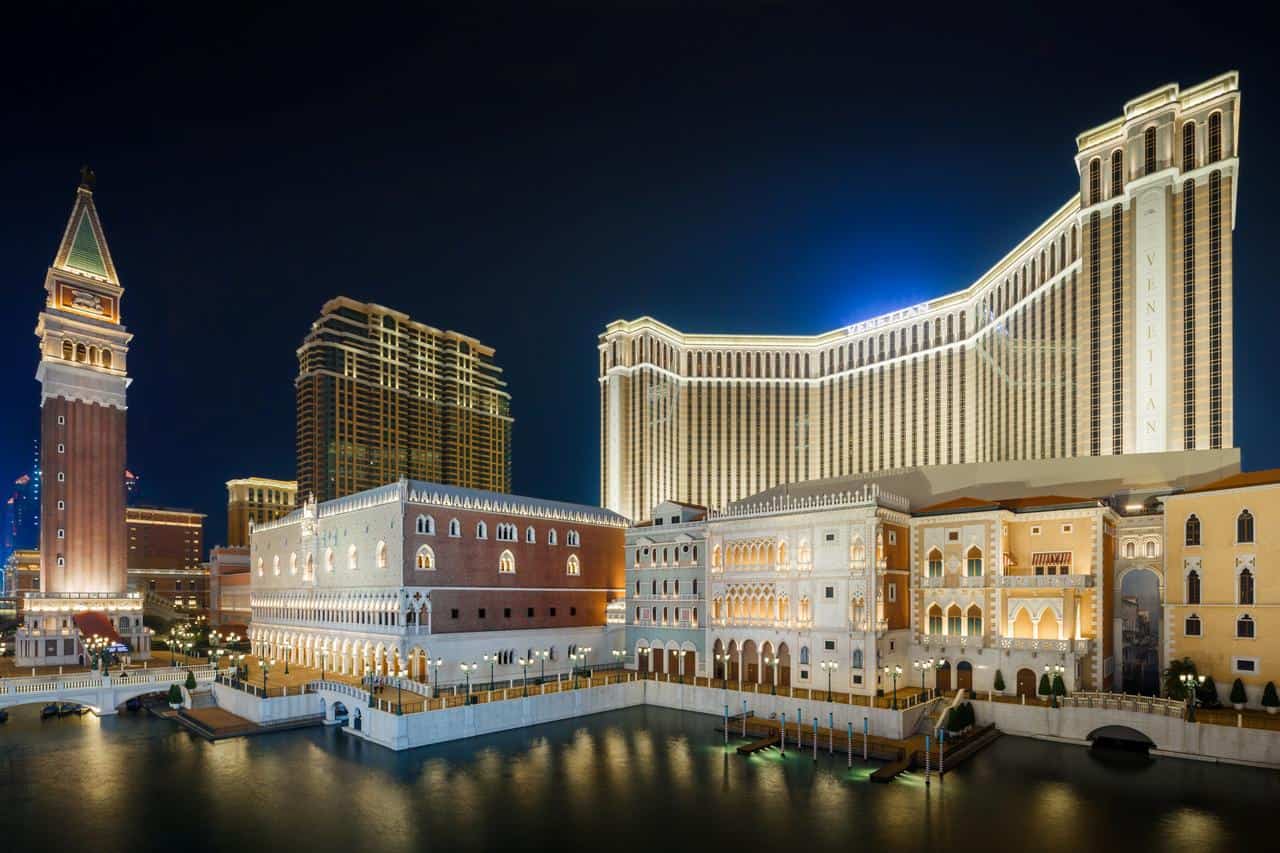 Another example of the “Vegasification” of Macau, The Venetian has canals and gondolas as one of its key attractions, but the main even for the poker fan is inside. The fact that there’s often a waiting list to play on the nine tables tells you all that you need to know about its exclusivity for dedicated players of Texas Hold’em.

Although not really geared up for tournament play, the relaxed and intimate atmosphere with attentive and courteous staff makes it a very pleasant place to while away an hour or two at the table playing for relatively low stakes. 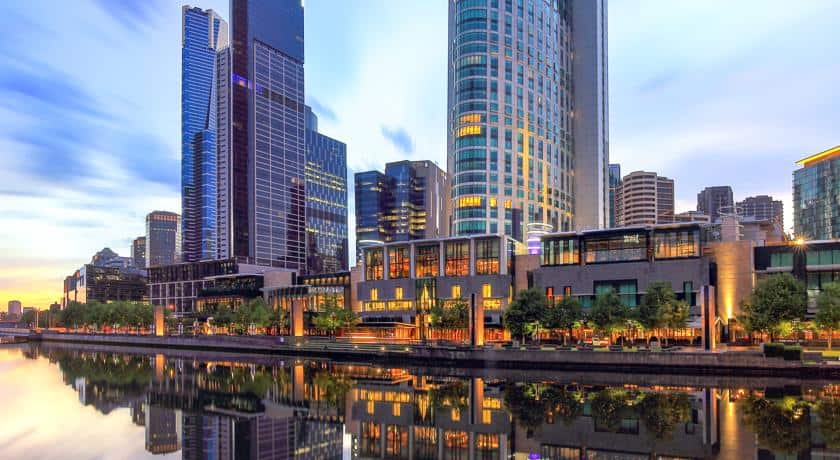 Situated on the bank of the famous Yarra River, Crown Melbourne is one of the most important venues on the Asia-Pacific poker scene, attracting great players all year round and members of poker royalty for its Aussie Millions tournament which has been held there every year since 2013.

In 2019 it was won by Toby Lewis who claimed the prestigious title along with a record-breaking AUD$1,458,198 in prize money, not to mention a custom made, diamond-encrusted gold bracelet. It’s also home to the Asia-Pacific World Series of Poker and, for those of us who like our play to be automated, there are 3,500 electronic poker machines –or “pokies” as the locals call them – to enjoy. 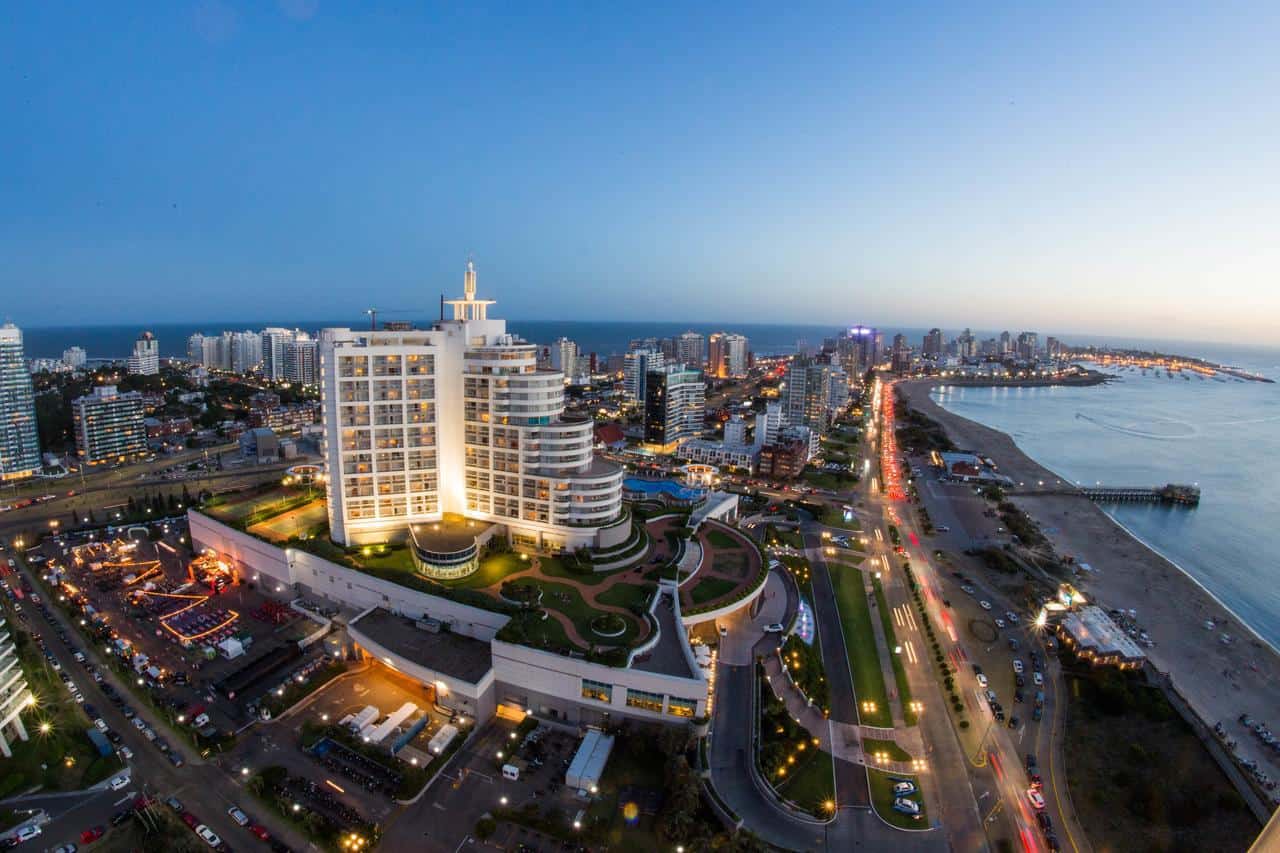 Our final destination of this whistle-stop tour of the world’s premier poker venues takes us down to Uruguay. Enjoy Punta Del Este Casino and Resort may not be the most well-known or accessible of venues but it’s well worth the journey. The nearby Bikini Beach is a big draw for the international jet set and the casino itself is a major stopover point for the Latin American Poker Tour.

One of the continent’s most successful players of all time, Jose “Nacho” Barbero has been a two time winner at the casino and returns frequently to play not just in tournaments but also in cash games too.

Tags:
Previous Article
The BAC Mono R Brings Some Nice Upgrades to the Iconic Mono
Next Article
Dior and Rimowa Team up for a Stylish Collection of Travel Accessories 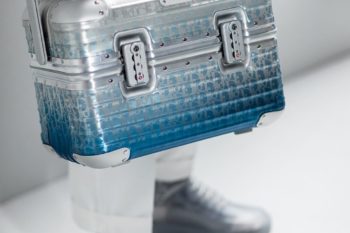