Home ‣ Top ‣ The 15 Most Famous Buildings in the World

The 15 Most Famous Buildings in the World

Leaving a mark into the world long after their builders are gone, buildings that have stood the passing of the centuries keep on fascinating our minds. Centuries old or high tech and modern, buildings define how great a nation is. Or was. They’re full of history, of stories and great events, and all of them are exceptionally beautiful both from an aesthetic and historic point of view.

With so many different types of buildings spread all over the world, enriching cities and cultures and entertaining us with skylines so beautiful, it’s hard not to know at least a few of the most impressive structures that were ever built.

Monuments, cathedrals or various other eye catching beauties or renowned architectural achievements, gazing at them is literally changing the way we see our world. It’s not because they’re the most famous buildings on Earth, but because of their heritage and how small they make you feel facing mankind’s best accomplishments.

Here’s our take on the 15 most famous buildings in the world:

15. The Great Pyramid of Giza – Egypt 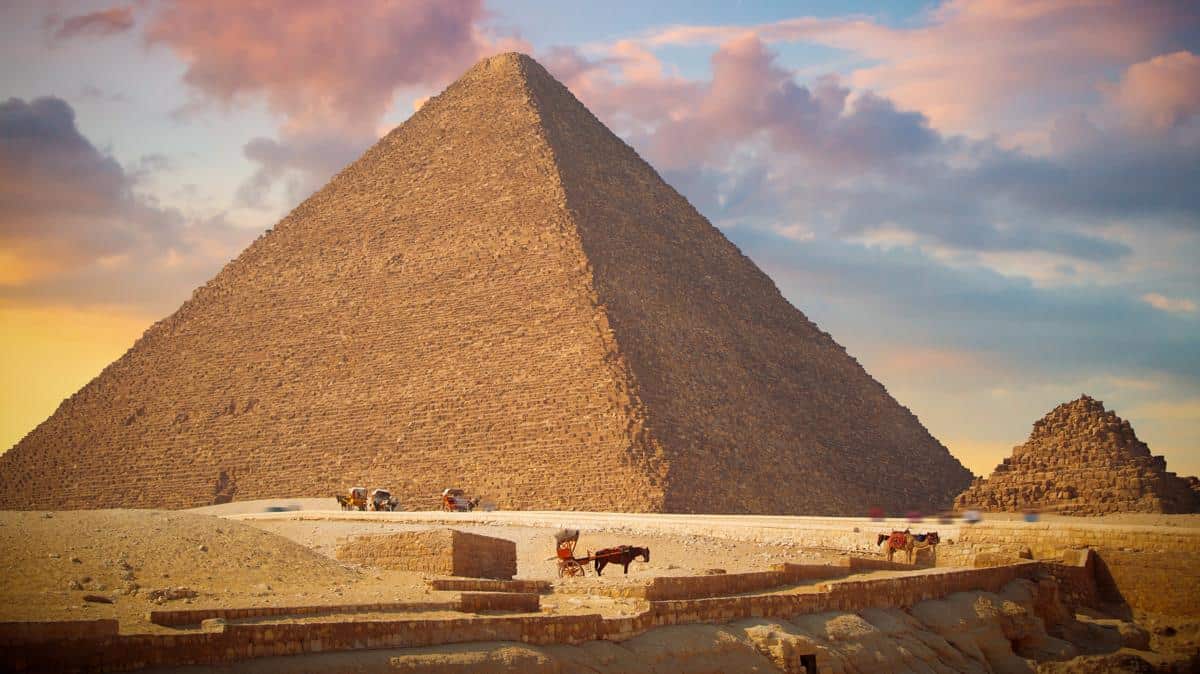 You might argue whether a pyramid can be considered a building in the true sense of the word, but it’s in fact a construction of man. Or so we know so far.

The Great Pyramid of Giza in Egypt is one of the Seven Wonders of the World, and the oldest and larges pyramid of them all. Built as tombs for the Third and Fourth Dynasty’s pharaohs, the Giza Pyramids are some of the most famous constructions on Earth.

Located in Barcelona, Spain, the Sagrada Familia cathedral is one that impresses millions of tourists every year with its monumental architecture. Its construction began back in 1882 and, as surprising as it may be, it didn’t end yet.

Designed by the Catalan architect Antoni Gaudi, this Roman Catholic church was financed by donors. One particular event, the Spanish Civil War, delayed the construction. 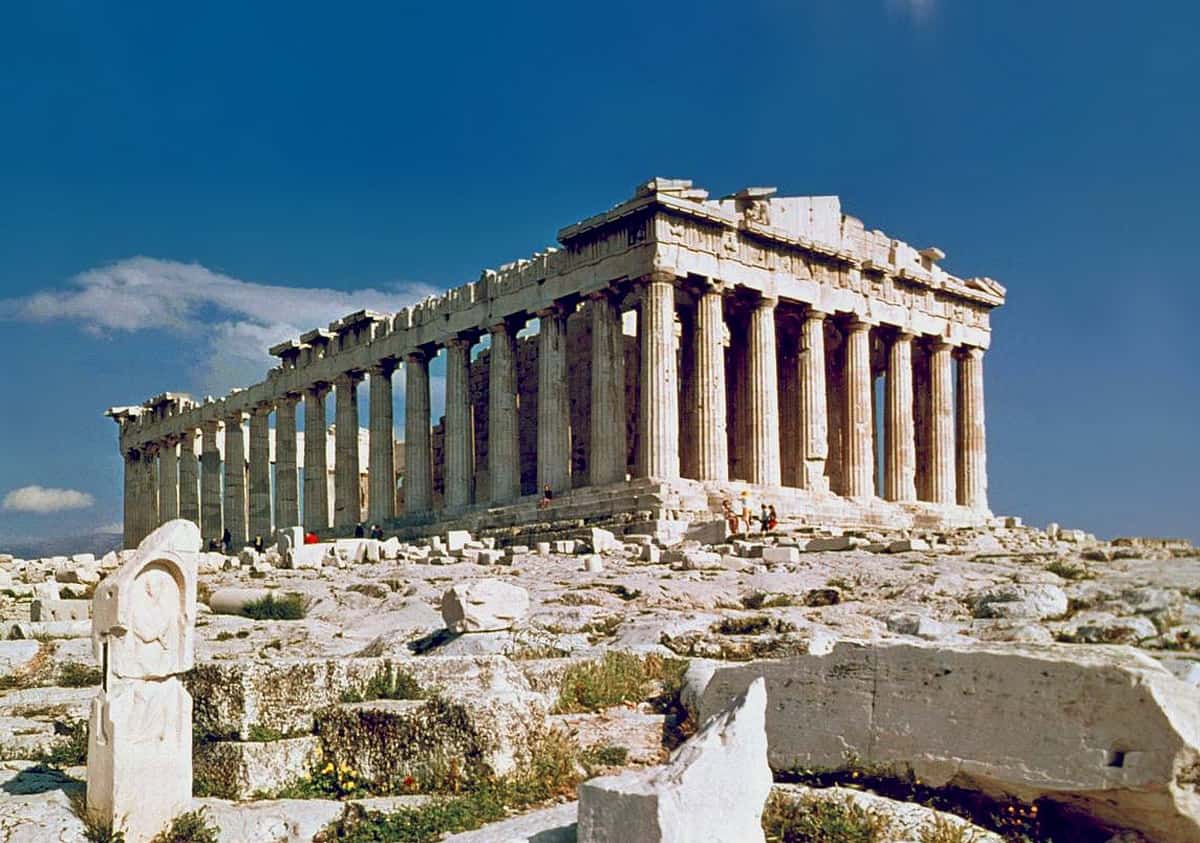 The Parthenon in Athens, Greece, stands as a reminder of the Great Ancient Greeks. Severely damaged by an explosion in 1687, it still remains a great tourist attraction for many people around the world.

The Parthenon was built back in 438 B.C. as a temple dedicated to the goddess Athena. 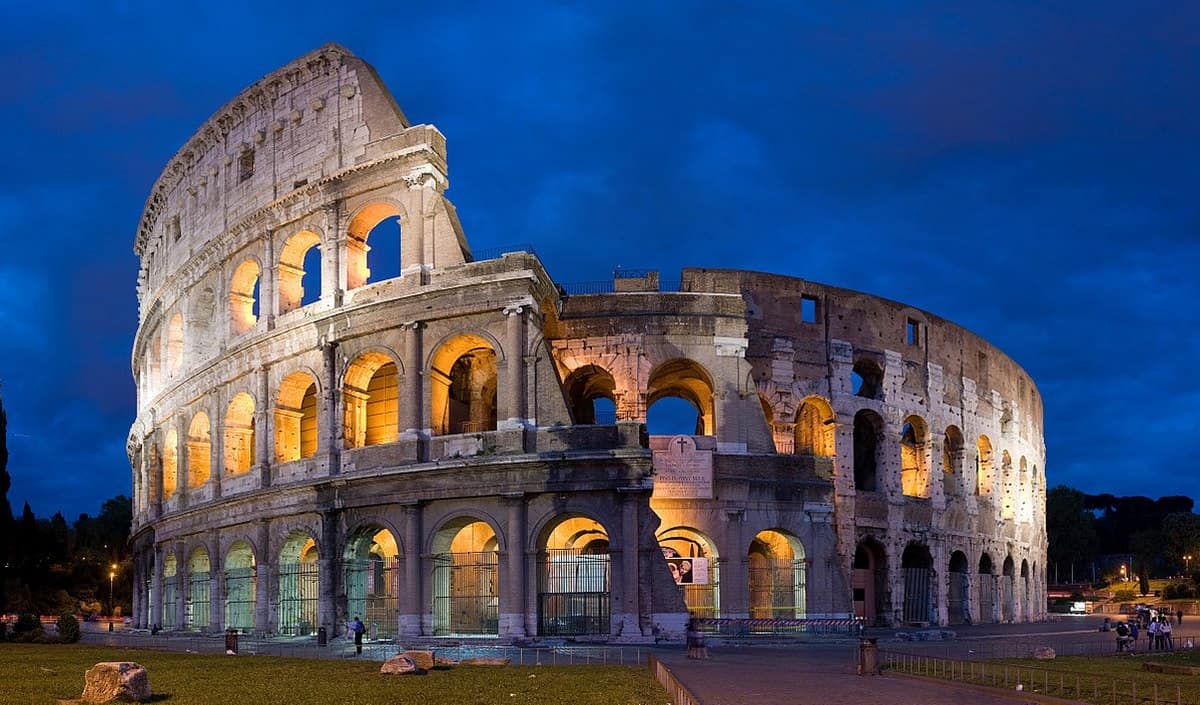 Rome’s famous Colosseum is the largest amphitheater that the Romans managed to build and one of their greatest architectural accomplishments. It was constructed between 70 and 80 A.D. and was used for gladiator shows and other public spectacles, reenactments, classical mythology dramas or public executions.

Today, the Colosseum is one of the most recognized tourist attractions around the world and brings many travelers to Rome, Italy. 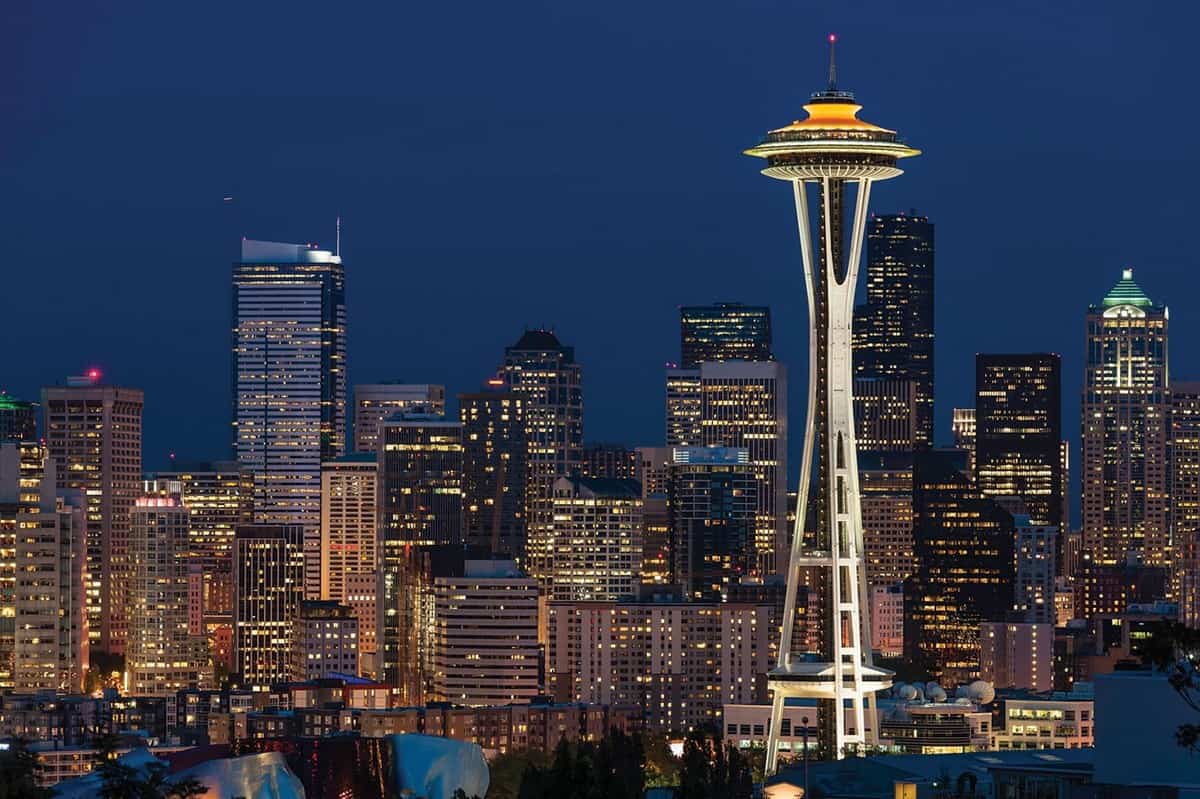 Built back in 1962 for the World’s Fair, the Seattle Space Needle is among the most recognizable buildings in the world. It features a rotating restaurant on top, called the SkyCity, with an absolutely superb panorama around.

Beyond the aesthetics, the building is made to withstand 200 mph winds and 9.1 magnitude earthquakes, and it also has no less than 25 lightning rods on it, so as fragile as it may look, it’s a tough one. 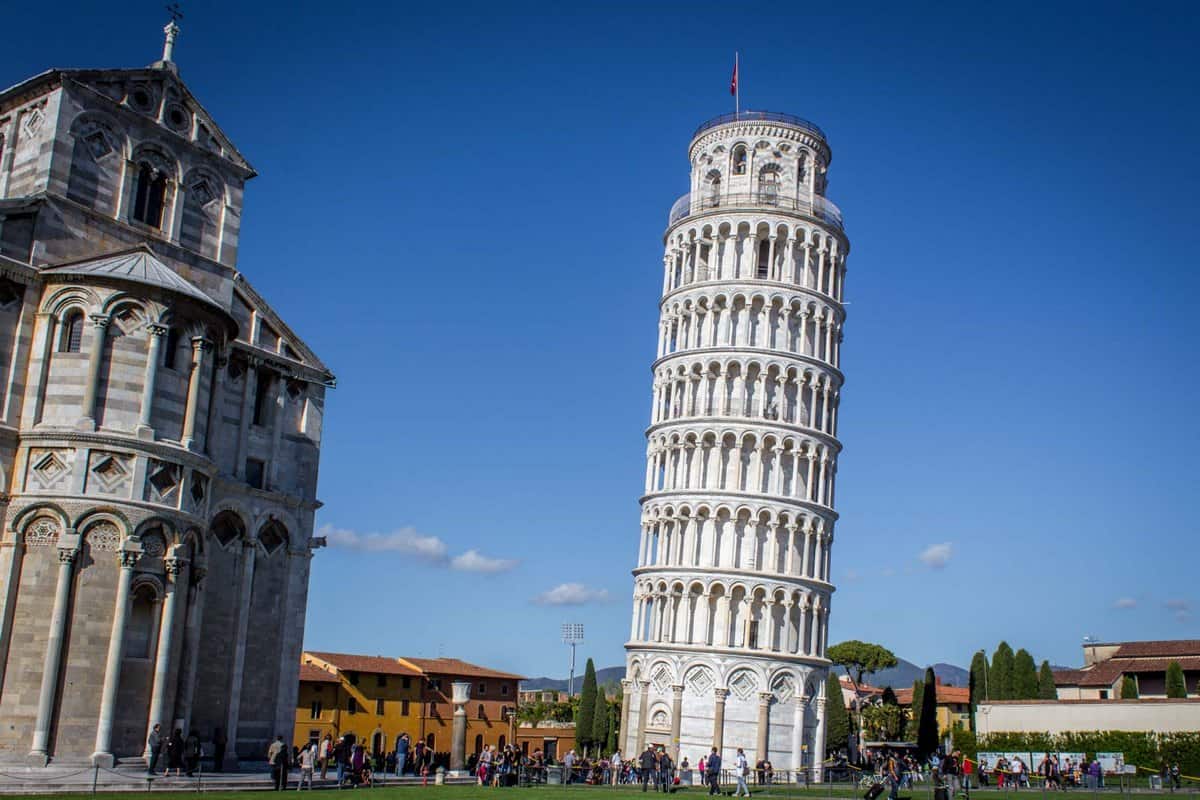 The Leaning Tower of Pisa has the reputation of a legend. It’s known all everywhere and people refer to it and its stories all over the globe. Italy’s iconic tower was built during the 12th century as a bell tower.

The soft foundation underneath didn’t support all the weight of the building and started tilting during the construction, until it was finally completed in 1372. Nowadays, the tower is completely stable and has an inclination of 5.5 degrees. And a reputation that precedes it. 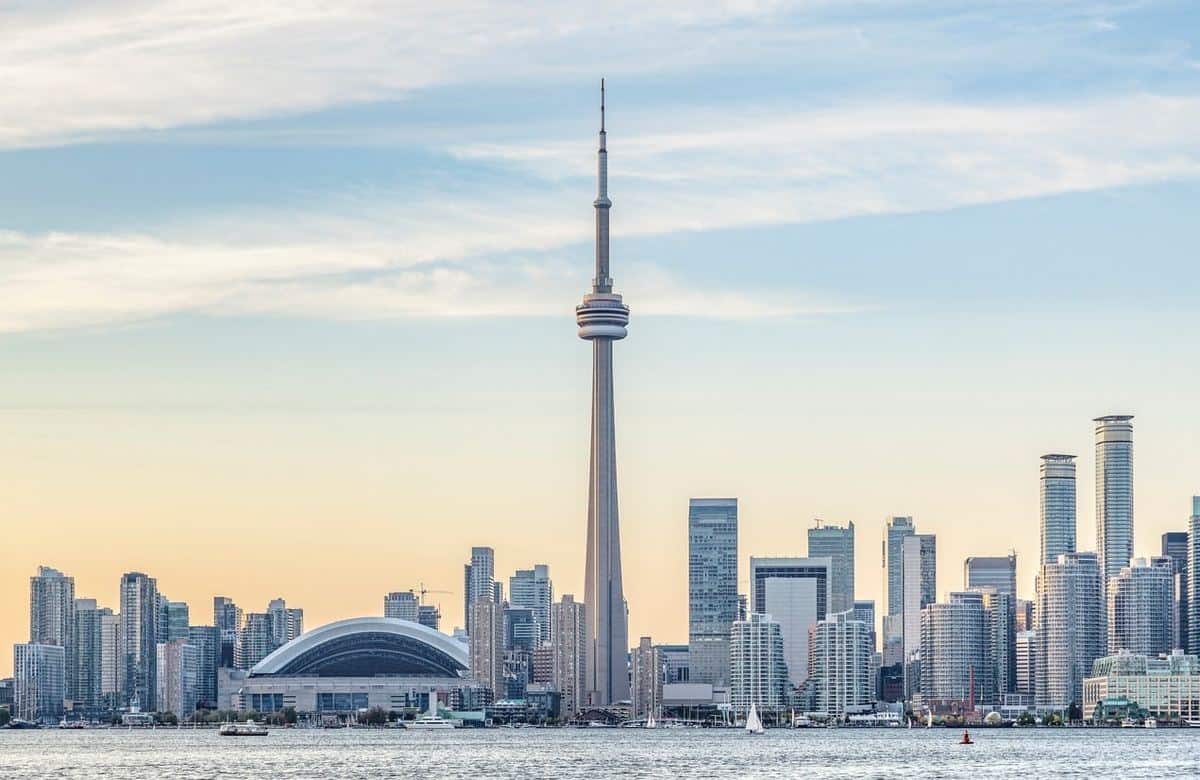 Located in Toronto, Canada, the CN Tower – short for Canada’s National Tower – stands as the third tallest tower in the world, with a height of 1,800 feet. Its construction was finalized in 1976 and was used as a telecommunications tower.

Besides its functional role, the CN Tower was given a touristic purpose as well, so visitors can go up the observation deck and admire the stunning sights around. On top of that, literally, there’s a restaurant which serves both delicious dishes and 360 degree views. 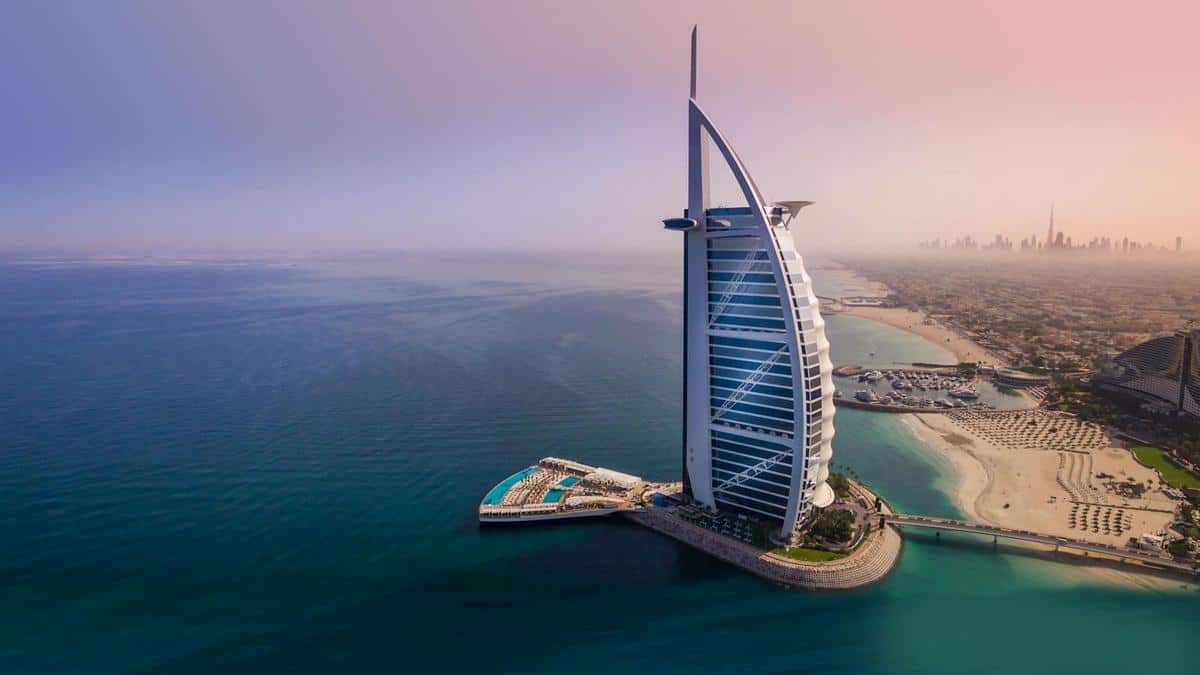 The Burj Al Arab is one of the most defining buildings of Dubai’s skyline. Built in 1994 on a man made island and shaped to look like a ship’s sail, it houses one of the most luxurious hotels in the world and the third tallest for that matter. 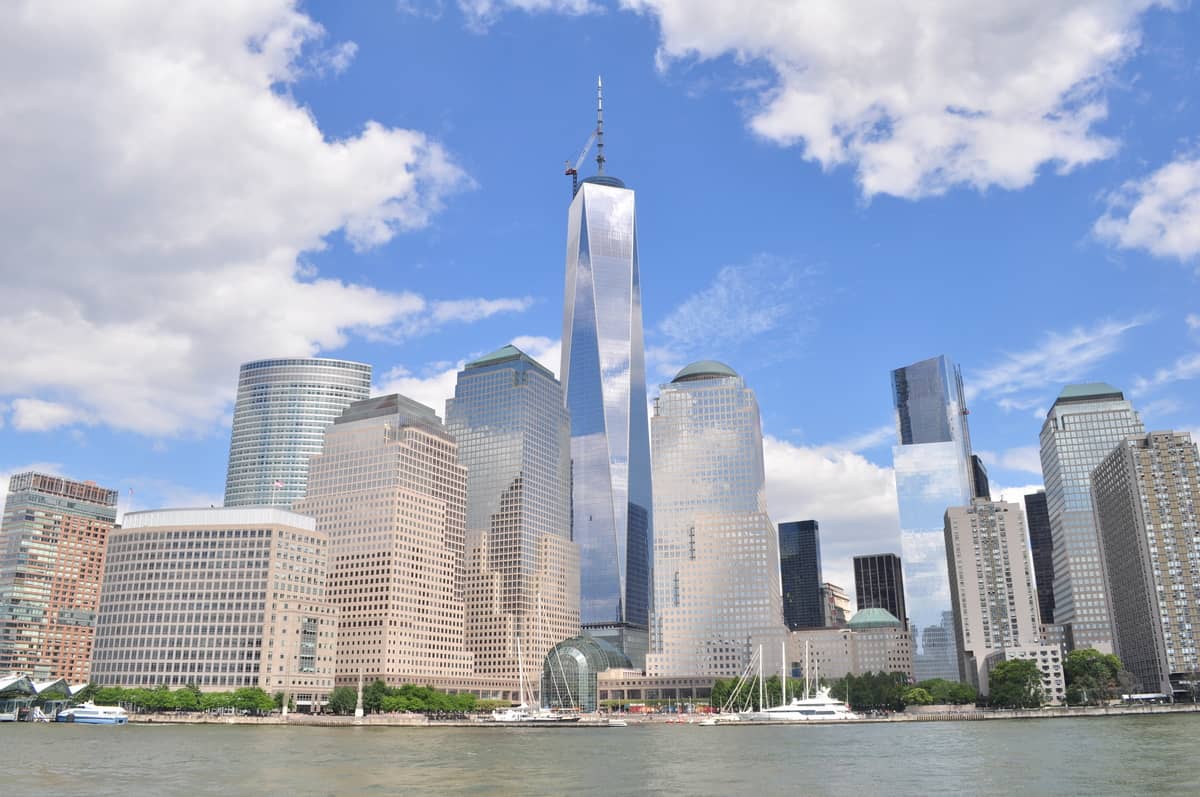 Who doesn’t remember the Twin Towers, with their image appearing in almost ever American movie or series, soaring high above a thriving Manhattan? After 9/11, the One World Trade Center was built right where the Twin Towers once stood, continuing as America’s most impressive icon.

Completed in 2013, the One World Trade Center rises 104 floors and features an observation deck with stunning 360 degree views all around Manhattan, New York. 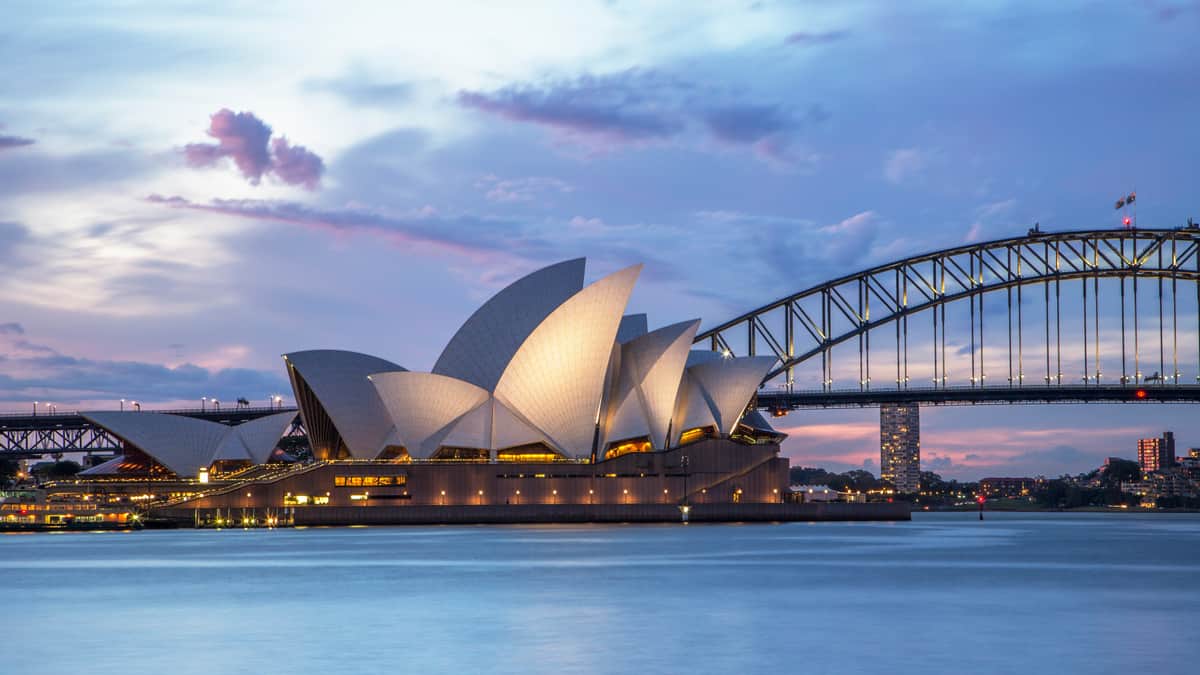 The Sydney Opera House in Sydney, Australia, might not impress with size or height, but its unique architecture is downright extraordinary. Center of the arts scene in Australia, the opera house has gained notoriety in the world due to its remarkable shape of concrete shells.

The building’s construction began in 1958 after a design contest won by Jørn Utzon, an architect from Denmark. The structure comprises of a concert hall, a drama theater, an opera theater, a studio, the Utzon room, forecourt and a recording studio. There are also five restaurants and of course the ubiquitous souvenir shops. 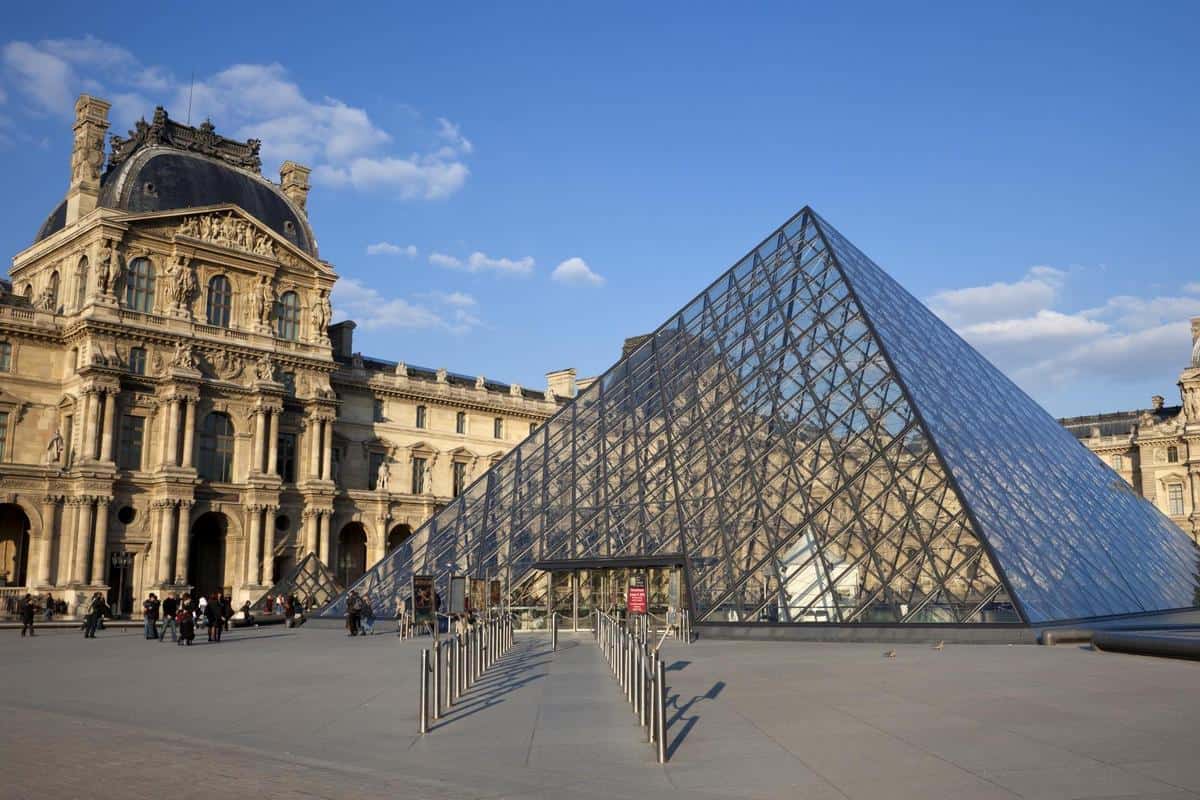 First a museum when it was built back in the 12th century, then turned into a royal residence in the 14th century and a royal museum in 1750 by Louis XV, the Louvre in Paris was transformed yet again to a public museum during the French Revolution.

Nowadays the most recognizable historic monuments of the world, in part thank to the 1988 built glass pyramid outside, the Louvre holds over 38,000 works of art, including the famous Mona Lisa. 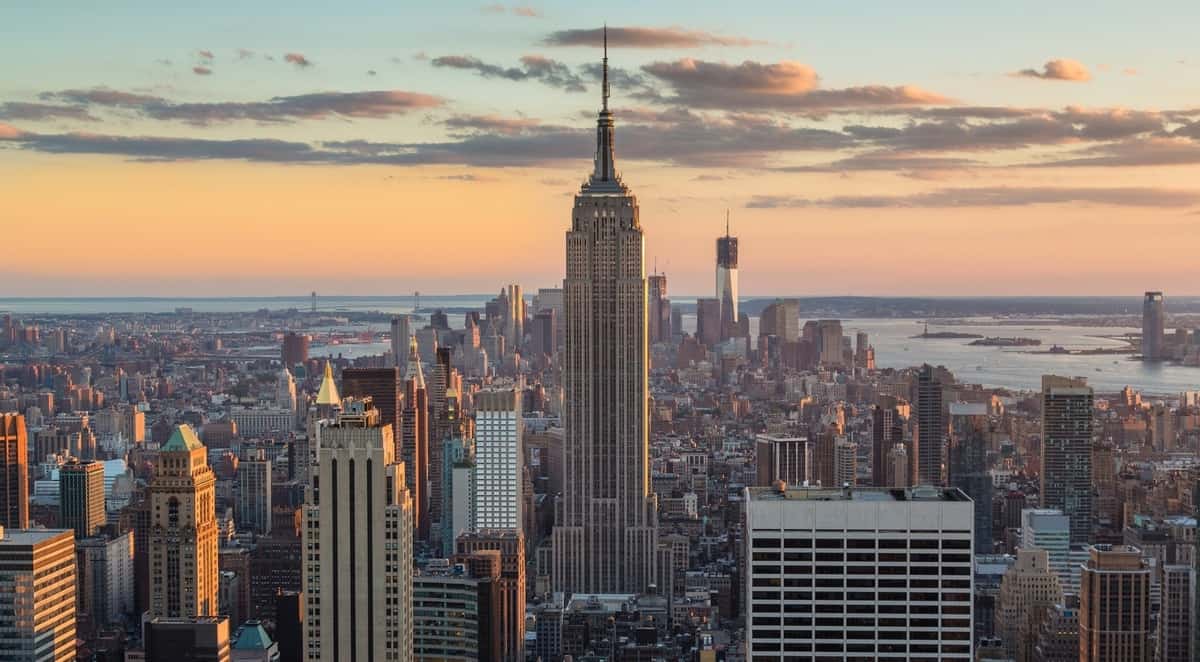 It was once the tallest building on Earth and New York was never complete in any movie or TV show without it appearing on the screen. The Empire State Building, a National Historic Landmark, is New York’s most recognized symbol, built with great pride in 1930 and 1931.

Unfortunately, the building was empty for the next twenty years due to the Great Depression. A timeless monument of the great American city, the Empire State Building has endured a lot more in its life. It withstood a plane crash in 1945, shootings in 1997 and over 30 suicides, but it’s no less of an iconic architectural wonder today. 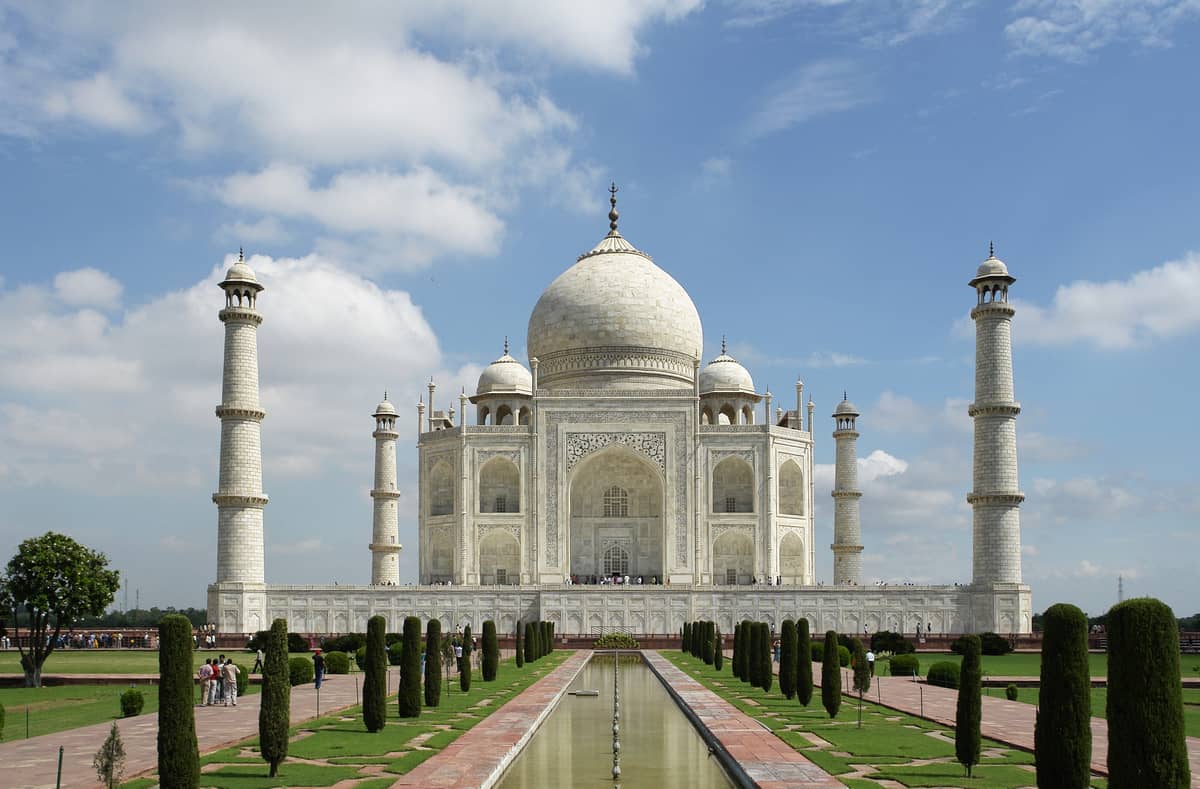 It may not be the tallest, but it certainly is one of the most impressive and famous buildings on the globe. The Taj Mahal – Crown Palace – today one of the Seven Wonders of the World, it was built to honor Mumtaz Mahal, the wife of Mughal Emperor Shah Jahan, who died in 1631 giving birth to their 14th child.

The construction lasted for 22 years, and the magnificent structure and story continue to impress millions of visitors every year. 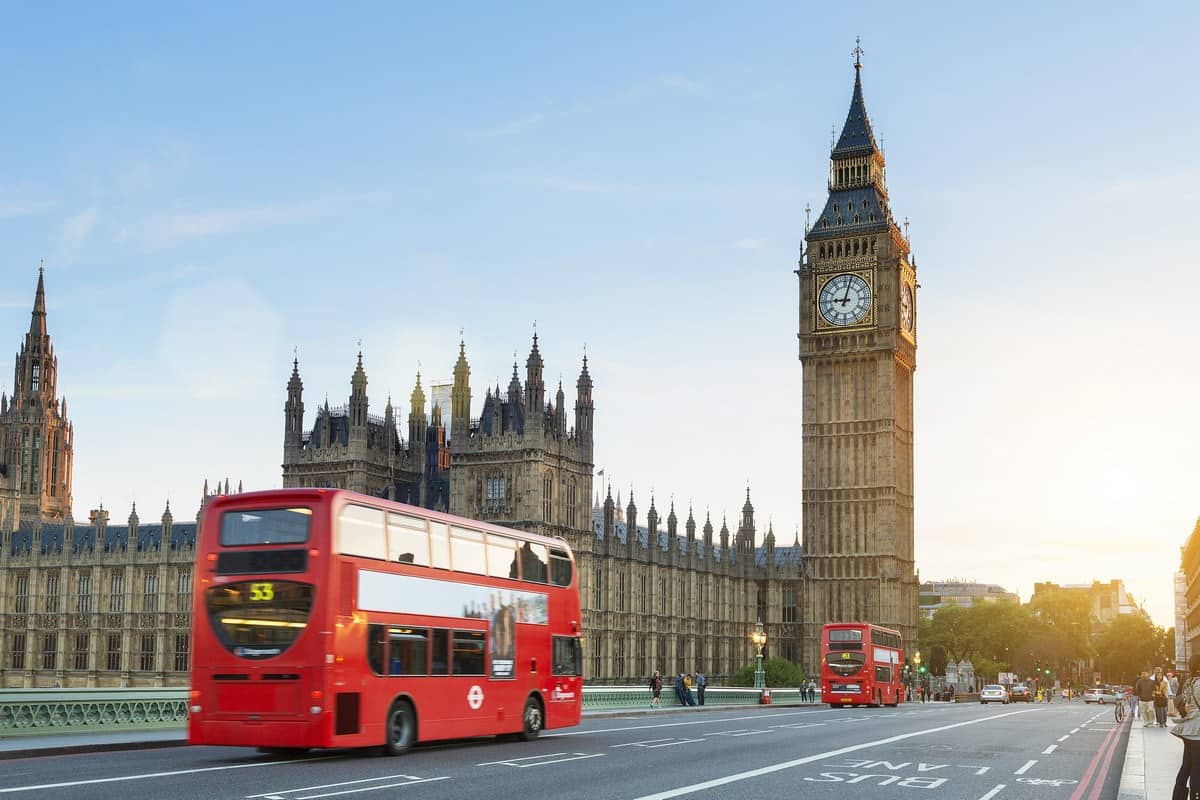 One of the most famous landmarks in London for a very, very long time, the Big Ben – or the Great Bell of the clock, situated north of the Palace of Westminster, is one of the most recognized symbols of London and the United Kingdom.

It was built back in 1859, and even though it’s currently under renovations it’s going to open again for the public in 2021. The tower is 316 feet tall and the great bell weighs no less than 13 tons. 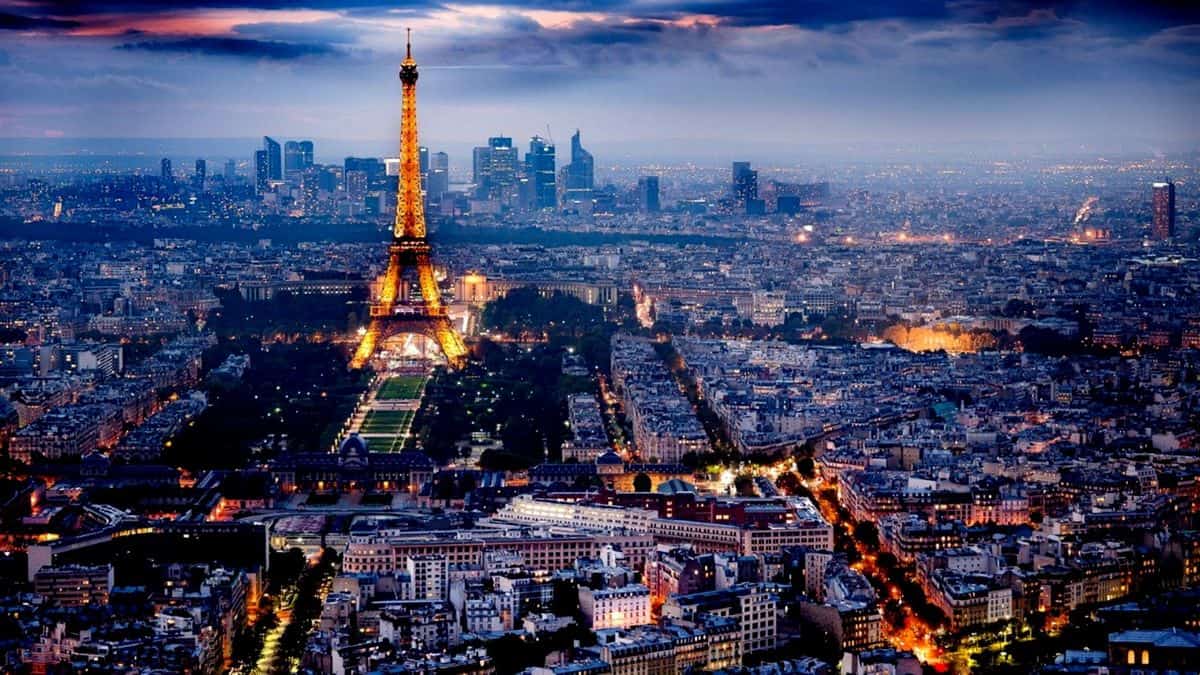 Built by  Gustave Eiffel’s civil engineering firm in just two years, two months and five days, using around 7,500 tons of iron and 2.5 million rivets, this tower was designed as the centerpiece of the 1889 World’s Fair in Paris, honoring the centennial of the French revolution and also showing off France’s mechanical prowess in that period.

Since its grand opening back in 1889, the Eiffel Tower has welcomed more than 250 million people from all over the world and still welcomes more than seven million visitors every single year.