For those of you wondering which are this year’s richest companies, we’ve come up with a list of the first 10. Though there are many variables to take into consideration when talking about such a list, we’ve comprised and ordered it based on the previous year’s revenues of each of the companies listed here.

Contrary to what many people would think, it’s not the tech companies that dominate this list but the ever present oil and gas industry, and it’s not U.S. companies that are most present on it either. Though Walmart tops the list, it’s followed closely by Chinese companies demonstrating that China has an expanding financial muscle.

With big players controlling most industries, it’s no wonder that the revenues they make every passing year reach hundreds of billions. Most of them acquired other smaller companies in the race to higher and higher profits and are looking forward to control most of the market share in an attempt to gain everything for themselves. 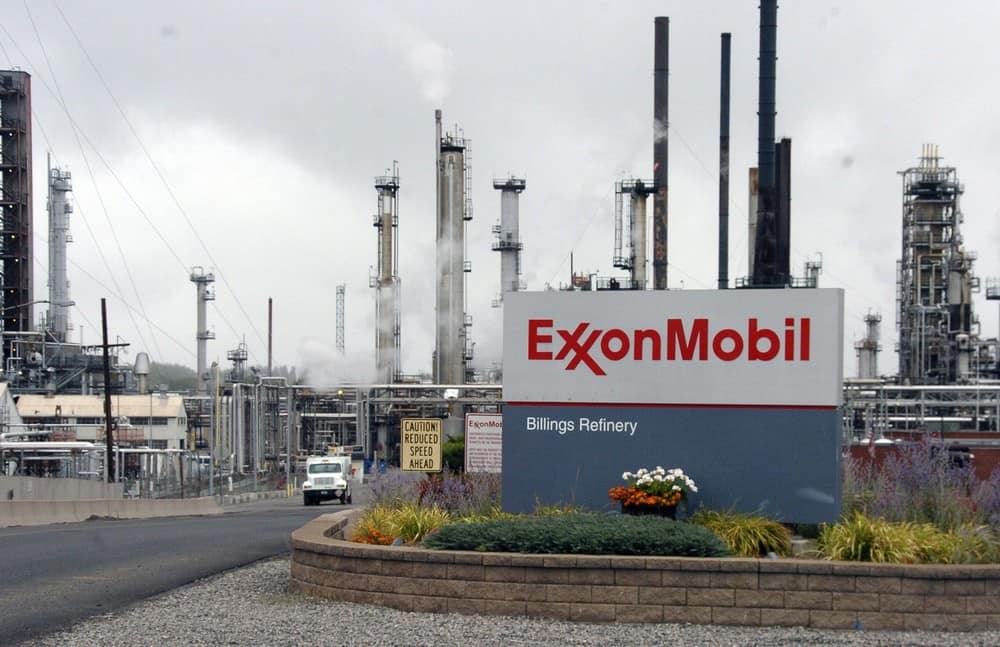 The largest public oil and gas company in the world by market value, Exxon Mobil is an American multinational corporation with headquarters in Irving, Texas, U.S. It’s the direct descendant of John D. Rockefeller’s Standard Oil Company established back in 1870, later named Exxon.

It’s also the largest of the six Big Oil companies of the world, and the leader of the industry all the way from profits to safety standards, though during the last few years, it started showing holes in its revenues and balance sheet, losing a few spots on this list. 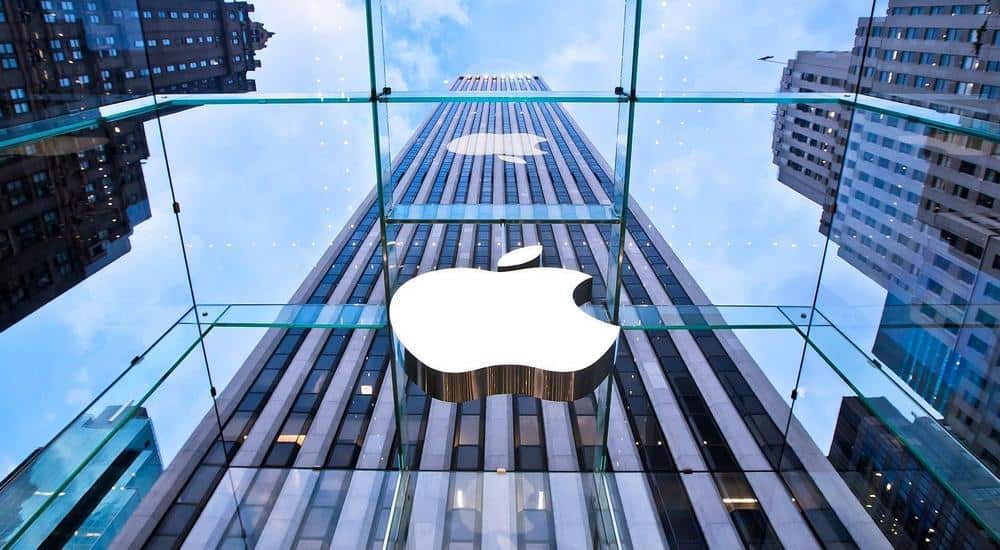 The popularity of Apple didn’t come in vain as it’s the world’s most profitable public company. Its great story combined with some of the best innovations in the computer and phone industry made it one of the most known companies in the entire world.

Apple Inc. was established back in 1977 by Steve Jobs, Ronald Wayne and Steve Wozniak. The trio and their philosophy made an immense impact in the computer revolution that took place in the world during the 70’s and the 80’s. Nowadays, Apple operates around 500 stores in almost 20 countries of the world. 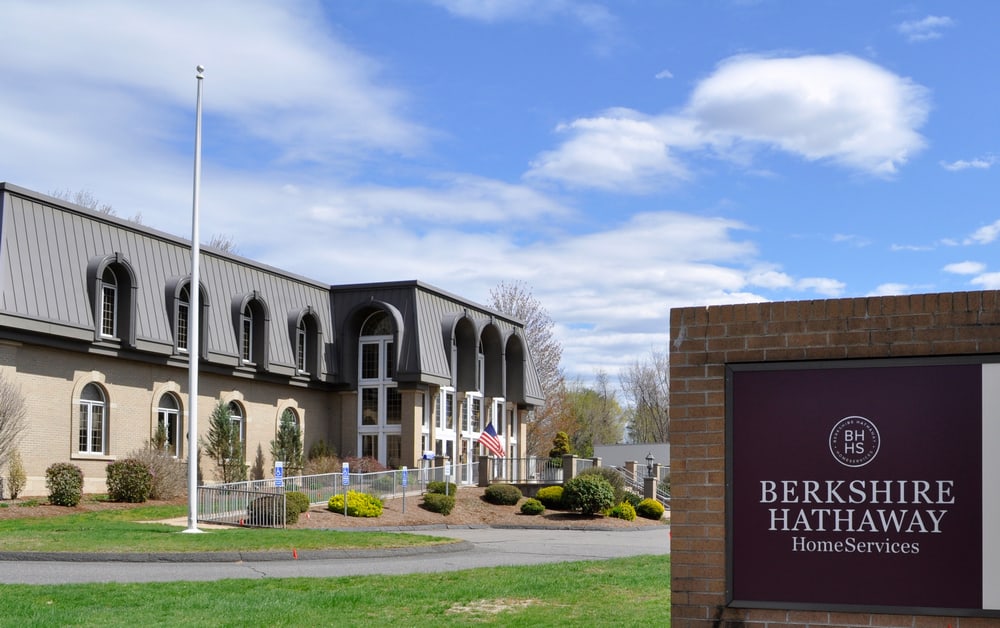 Berkshire Hathway, with headquarters in Omaha, Nebraska, was established in 1889 and has since become a conglomerate of diverse companies among which there are big names like GEICO, Burlington Northern, FlightSafety International and Helzberg Diamonds.

Its $488 billion market cap in 2017 placed it in the top five largest public traded companies in the whole world, but the company became widely known due to Warren Buffet’s leadership and investment mastery. The company’s last year revenues of $223.7 billion place it at number 8 on our list. 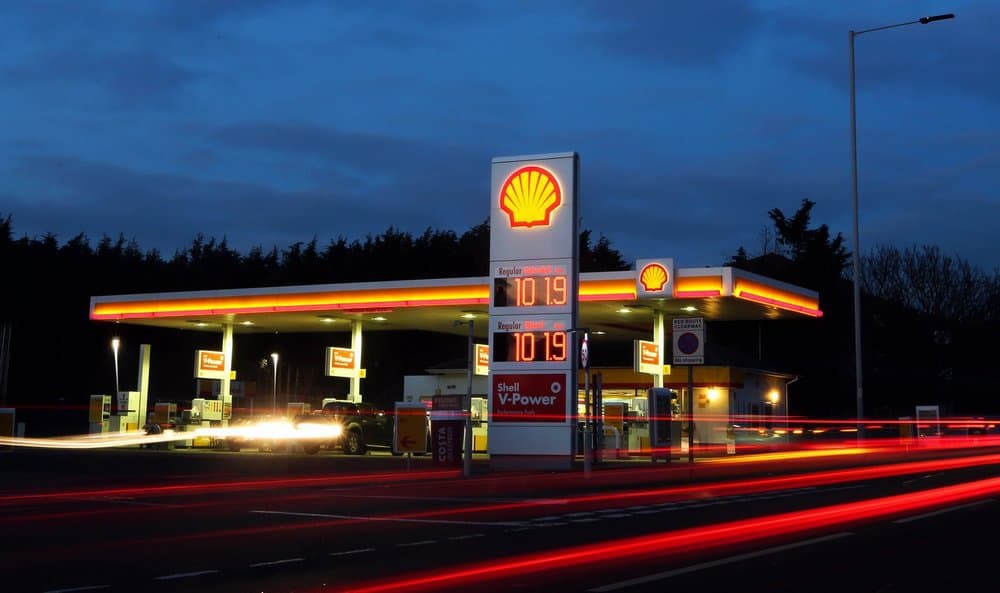 Part of the six so called ‘supermajors’, the biggest oil and gas companies of the world, the British-Dutch company Royal Dutch Shell, known more as simply Shell, took birth in 1907 and now runs its business in over 70 nations worldwide, producing around 3.7 million barrels of oil every day.

The company has its headquarters in The Hague, Netherlands and is listed on both the London and New York Stock Exchanges with one of the highest market caps on the globe. Among its usual involvement in the exploration, production, refining and distribution of petroleum, Royal Dutch Shell is also involved in the renewable energy filed of biofuels and wind. 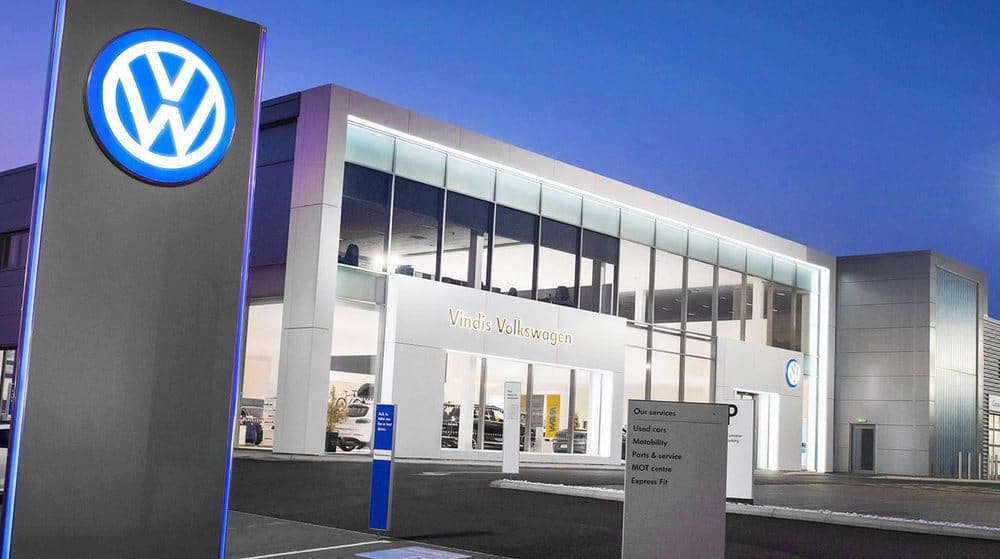 The largest carmaker today judging by its sales worldwide, Volkswagen – people’s car in german – is a German automobile company based in Wolfsburg, Germany, founded in 1937 by the German Labor Front with the purpose of building a car that was affordable to the average citizen, hence it’s name.

Volkswagen has as its main markets Germany and China and is the company behind other very well known car brands such as Audi, Skoda, SEAT, Scania, MAN or the top notch Lamborghini, Bentley and Bugatti. 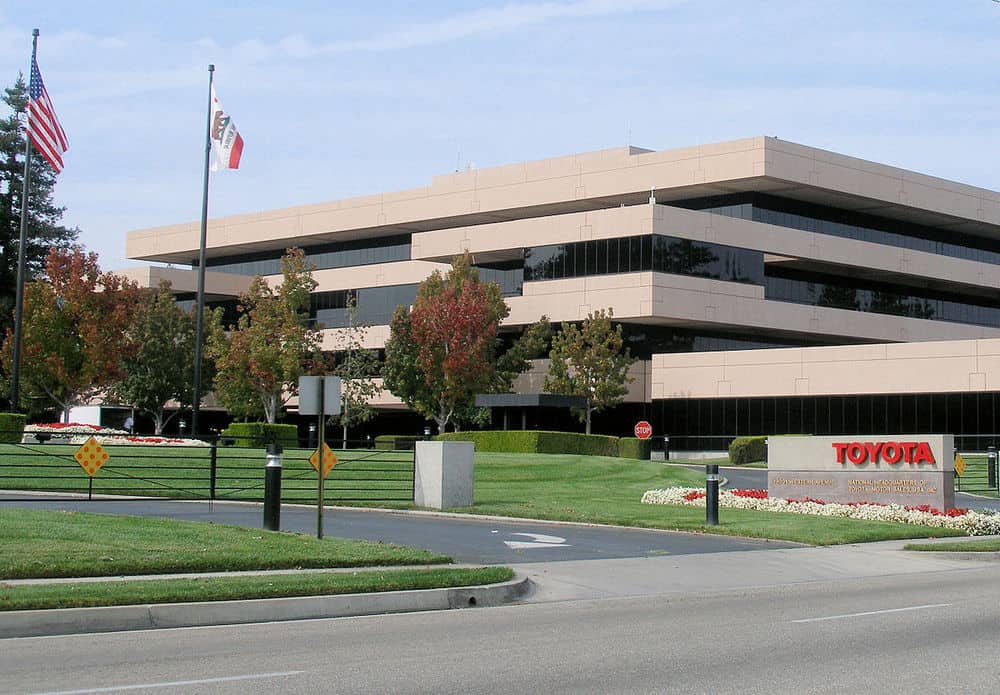 The Japanese company Toyota Motor, the largest player in the automotive industry, leader in the hybrid car field and one of the largest automakers in the world, has its origins in the city of Toyota of Japan’s Aichi region in the year 1937.

After the success of the now ubiquitous Prius hybrid car, the company extended its vision into the future with goals of driverless cars and a better presence on the hybrid electric car market. Toyota is also the company behind a few other brands like Lexus and Daihatsu. 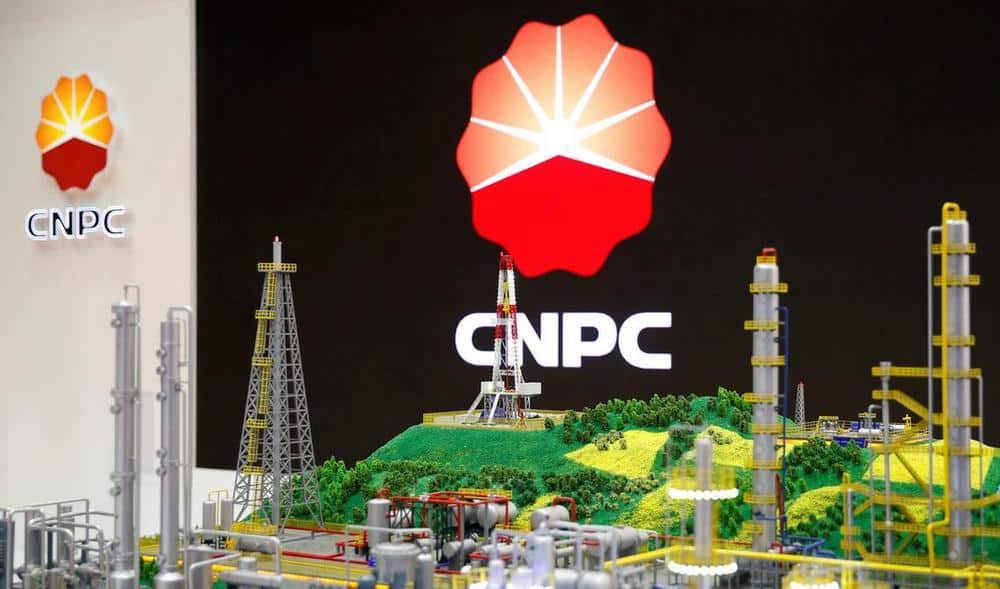 China’s largest energy company, the state-owned China National Petroleum Corporation, or CNPC, is an enterprise involved in the classical oil and gas production with plans to commit to the renewable energy sector in the near future in order to solve much of today’s environmental problems.

The company was established back in 1988 in Beijing and in 2005 it acquired Petrol Kazakhstan for $4.18 billion. CNPC also runs operations in countries like Iran, Canada, Venezuela and Thailand. 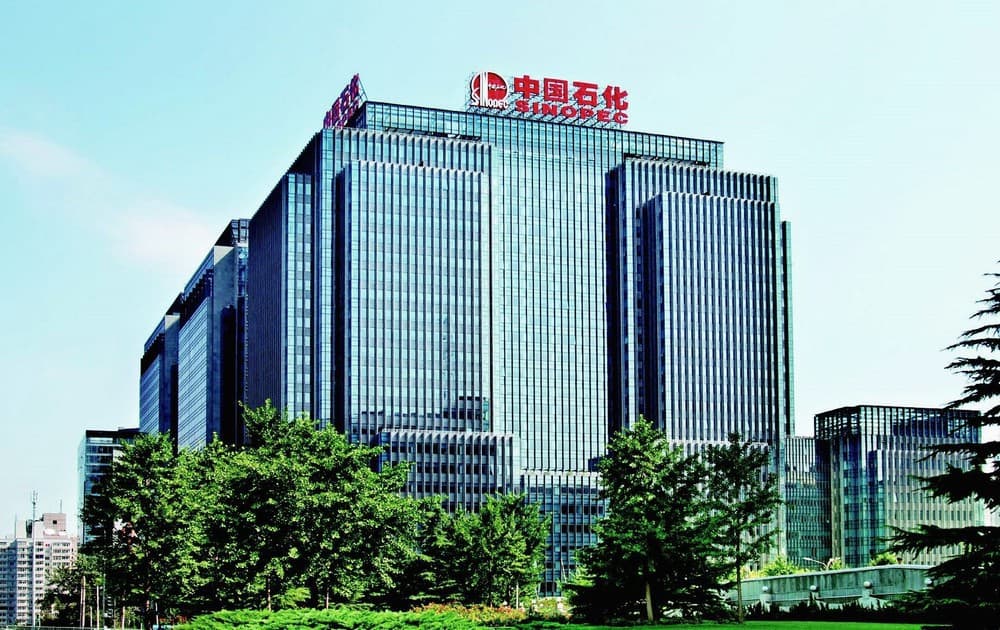 Another state-owned Chinese oil and gas enterprise founded in Beijing in 1998 on the foundations of the former China Petrochemical Corporation, the Sinopec Group is involved in almost any kind of energy producing, from the classical oil, gas and coal to steam and electricity.

Lately, the company is expanding its operations and it’s looking for new contracts such as the ones with the Mongolian company Petro Matad or an EPC contract in Russia. 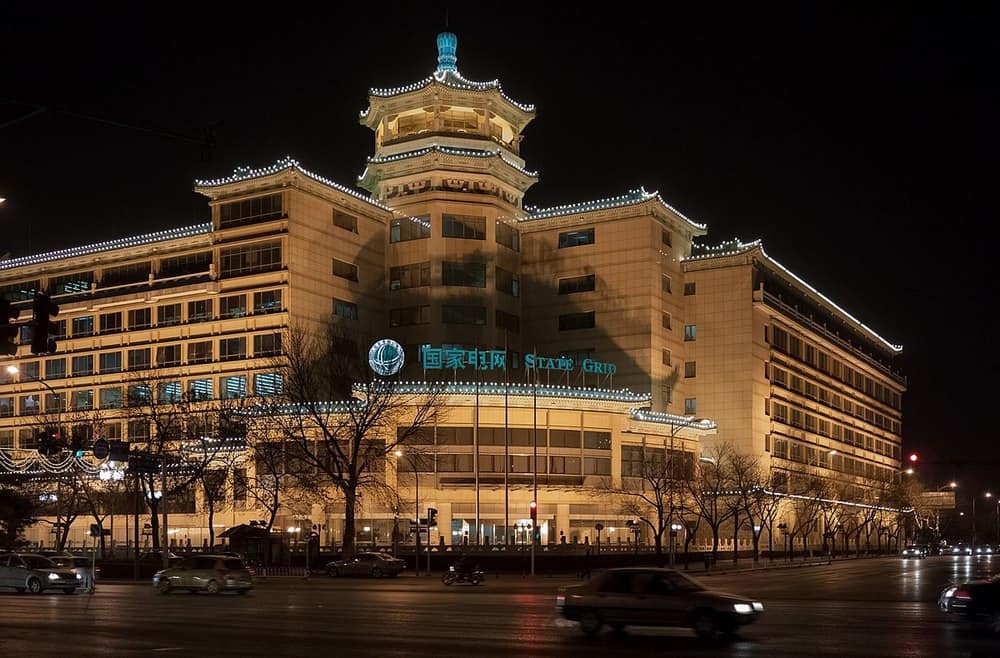 The largest electric utility company of the world and the one to hold monopoly over China, the State Grid Corporation of China grew its business through building and operating power grids.

It was established in 2002, as a result of the separation of the anterior State Power Corporation of China by the 1986 reform. The State Grid has its headquarters in the Xicheng District of Beijing and runs 24 electric power firms and 5 regional power grid companies. As one might expect, its near future goals are focused on renewable energy. 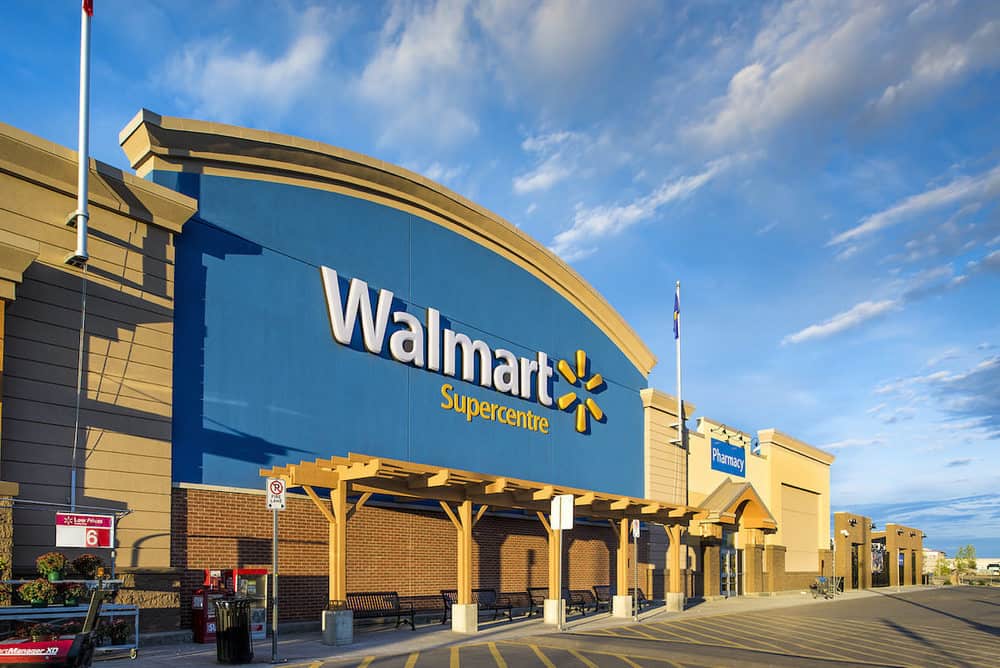 The ever growing Walmart has began to expand its business beyond the physical stores and into the digital arena and the expanding e-commerce business. The company was born in 1945, has its headquarters in Bentonville, Arkansas, and runs over 11,000 stores in a total of 28 nations.

On the digital side, Walmart has managed to expand its newborn e-commerce business to a number of 11 nations so far. The company invests a lot in new technology and education of its employees and relies heavily on its ability to cut down prices to outrun its competition.

Tags:
Previous Article
The Magical Four Seasons Resort Maldives at Kuda Huraa Has A Few Surprises for Us
Next Article
This Stunning Net-a-Porter & Balmain Capsule Collection Will Make Your Day