Home ‣ Top ‣ 10 Watches you Should Own, According to Collectors

Time waits for no one. But an iconic timepiece can stop you from doing anything else, at least for a moment. From bonafide classics to modern timekeeping marvels, we’re all looking for that perfect companion. Whether it’s a timeless design on show, fine craftsmanship, premium materials or an incredible technology behind it, a watch tells more than time – it shows the world who you are.

And if you love watches just as much as we do, you know it’s hard to stop at just one. After asking a few watch collectors, we’ve made a list of watches that are “must haves” for anyone. 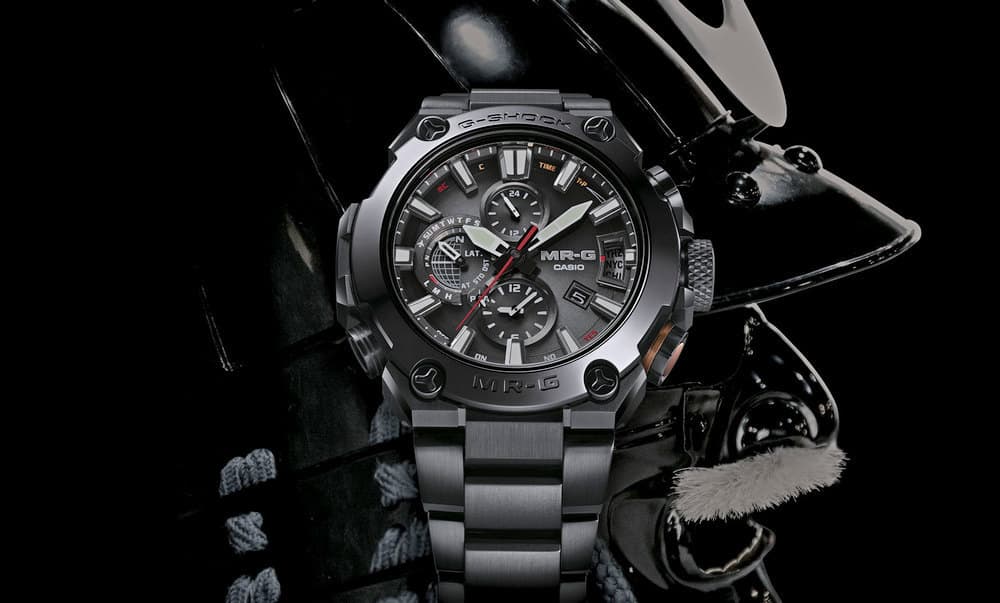 Casio took the world by storm in the 1980s when they’ve released the G-Shock, a rugged timepiece with an interesting design, that was super useful, durable, and very affordable. This watch instantly struck a chord with customers from all over the world and it’s probably the main reason why digital quartz watches became so cool in that period.

And even today it’s still a big hit. In over 30 years of its history, Casio released many different variations of this iconic watch, with countless special editions and eye catching styles meant to suit anyone’s taste. It’s hard to recommend a particular G-Shock model, but you won’t find a better watch out there for a few hundred dollars. 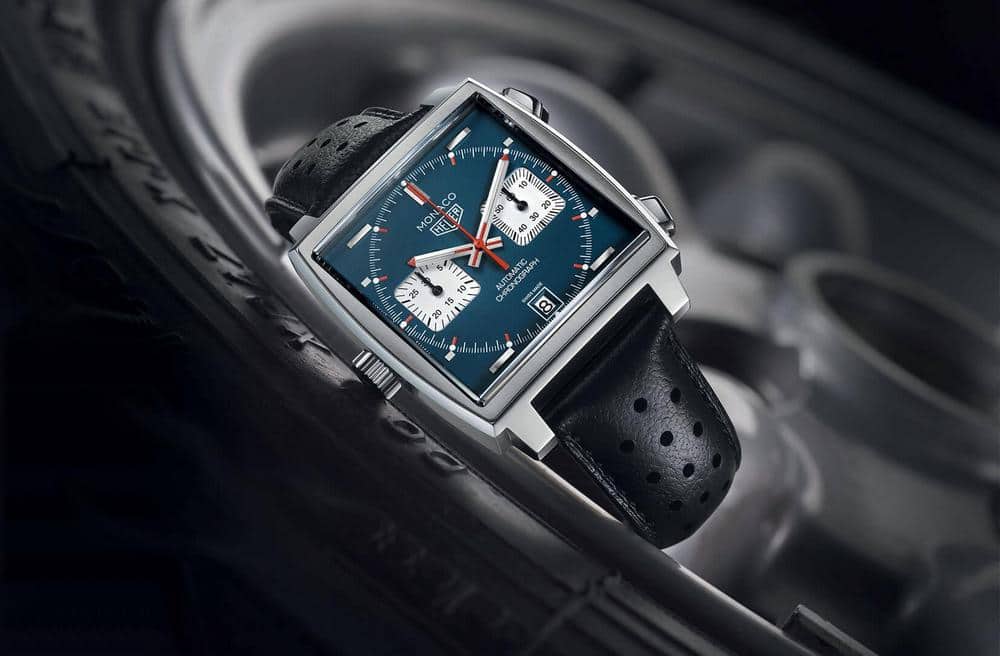 Inspired by racing and the famous Monaco Grand Prix, the Tag Heuer Monaco was the world’s first square-shaped waterproof timepiece, introduced by Heuer back in 1969. It was also the world’s first automatic chronograph and the legendary Steve McQueen turned it into a real symbol after wearing it in the 1971 film Le Mans. If it was cool enough for him, everyone else had to have one.

That’s how the Tag Heuer Monaco went on to cement its place among the most iconic watches ever made. It was a revolutionary watch, that became synonymous with McQueen, and although it was discontinued after a couple of years, it was relaunched with a fresh design in 1998 and then it was revamped with new mechanisms and design features that still make it extremely sought after. 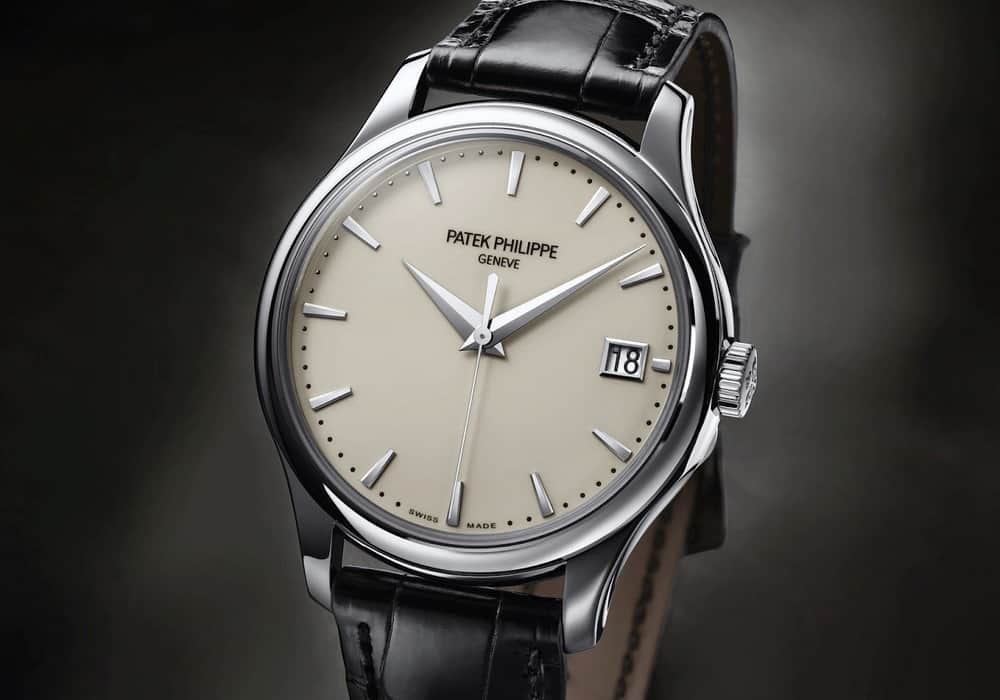 Here’s a real classic that every watch collector should own. Patek Philippe released a super chic and very simple watch called Calatrava back in 1932 and its timeless design, with pure lines, has been hailed ever since. Some people still consider it the finest round-shaped watch ever made, and that’s saying a lot, you know.

It’s classic elegance at its best and one of the most exquisite examples of Patek Philippe style. With a mechanical self-winding movement and just the date displayed in a small aperture, this stunning watch could easily charm anyone with its understated perfection. 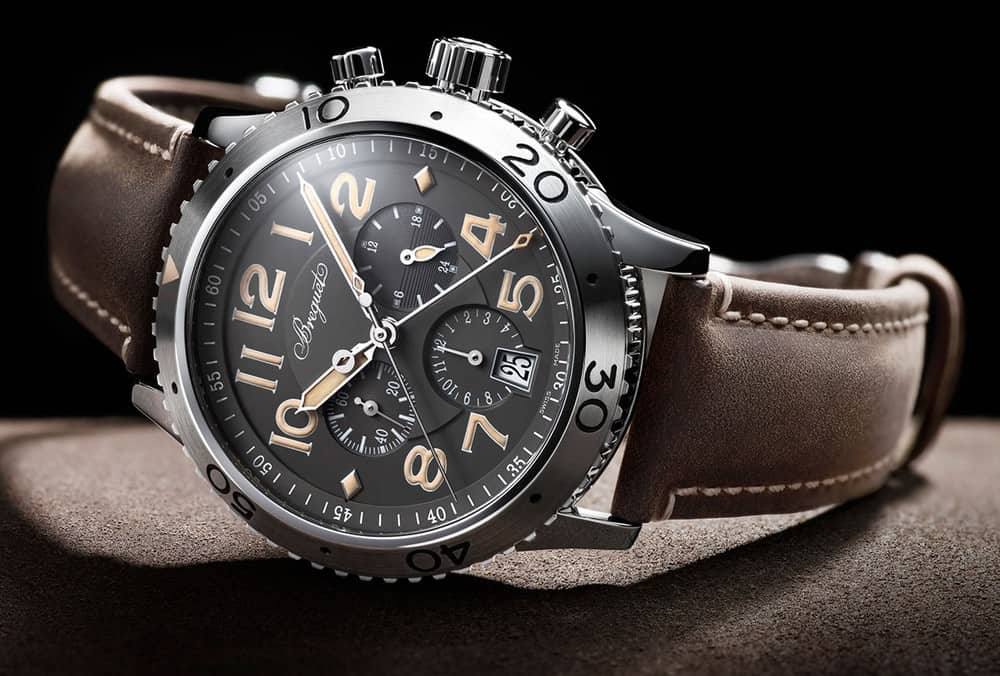 Originally introduced back in the 1950s for the French Naval Air force, the Breguet Type XX is arguably one of the finest pilot watches ever made. It’s pure and raw, following the same design code as those classic military pilot watches, with a highly visible, contrasting dial, a flyback chronograph, two or three sub-dials, and just a few minor luxury refinements which turn it into a real timekeeping marvel.

Sadly, today it’s nearly impossible to find an original Breguet Type XX watches in decent condition without breaking the bank, but their modern counterparts are equally appealing. We’re talking about the Breguet Type XXI (pictured above) or the updated Type XXII. These watches have the same universal appeal as the original Type XX and they’re not only the most affordable watches Breguet makes, but also some of the most beautiful timepieces for daily wear. 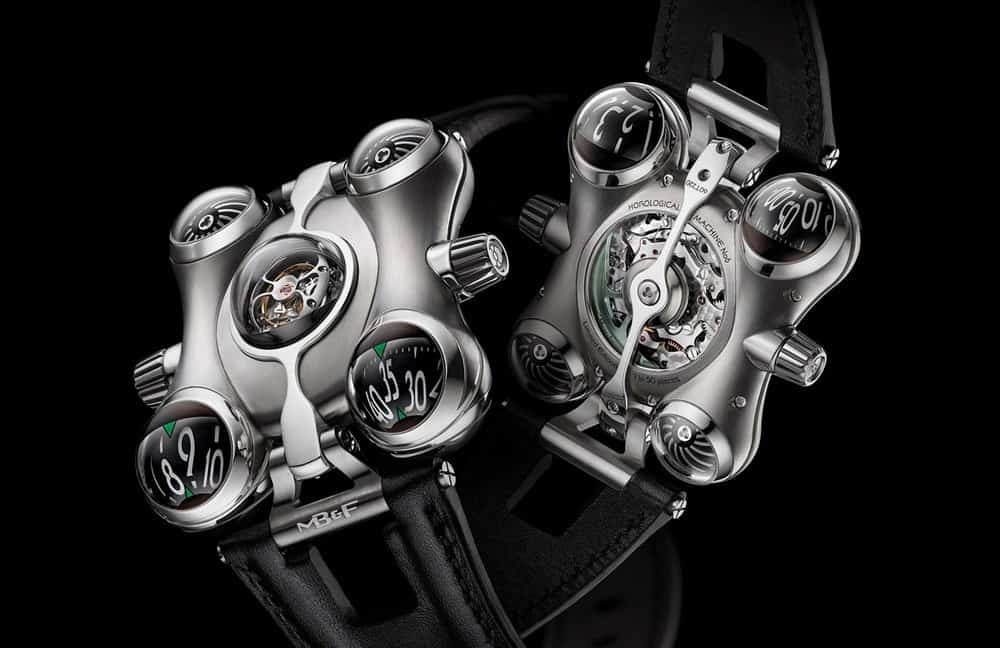 MB&F is a relatively new watch brand, founded in 2005 by Maximilian Busser & Friends, a high end independent watchmaker that blends modern art with traditional watchmaking of the highest craftsmanship to create futuristic and unconventional timekeeping ‘machines’ – most of them produced in very limited numbers.

With distinctive shapes and a unique modular construction, these sculptured, three-dimensional timekeeping marvels are instantly collectibles. They’re designed for the very few and each MB&F Horological Machine is very different from the other, that’s why we can’t recommend you just one. Our favorite is the Horological Machine no. 6 (pictured above). 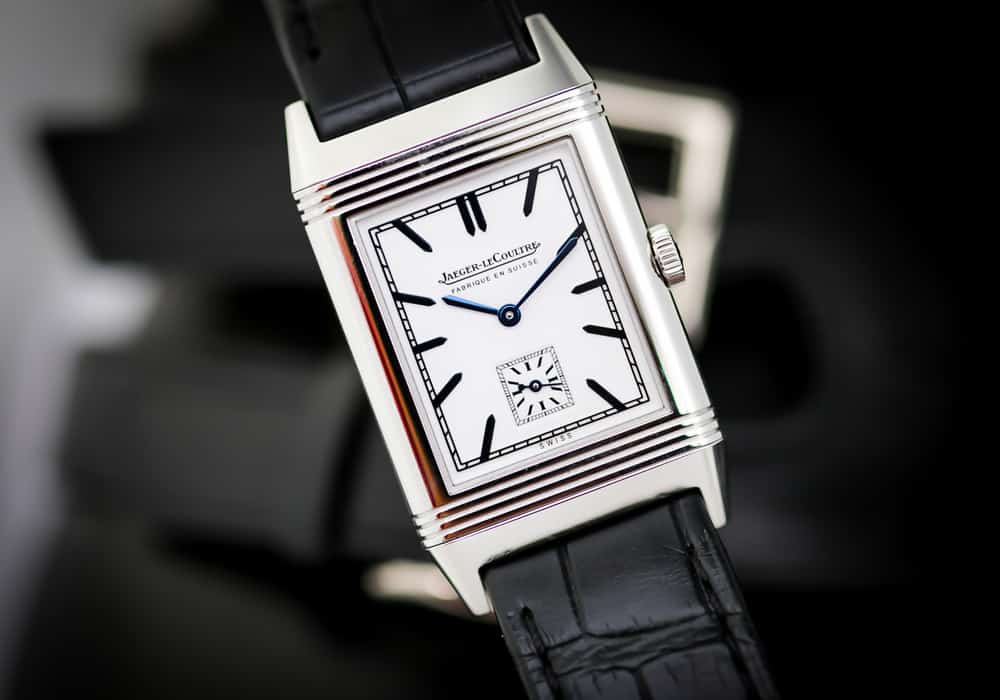 One of the most iconic rectangular watches ever made, Jaeger-LeCoultre’s Reverso still impresses everyone with its unique reversible case, a cool feature that was been a signature for the Swiss luxury watchmaker since 1931. If you haven’t seen one in action yet, the case basically flips around to reveal another side that could be either another dial or a personalized area.

What’s even more impressive is that the Jaeger-LeCoultre Reverso is getting close to its 90th anniversary and the Swiss brand is still finding new ways to keep us interested in this timepiece, producing a lot of new Reverso models, with different movements, sizes, colors and dials to make sure they fit anyone’s taste. It’s one of those dress watches that would look amazing no matter what you’re wearing. 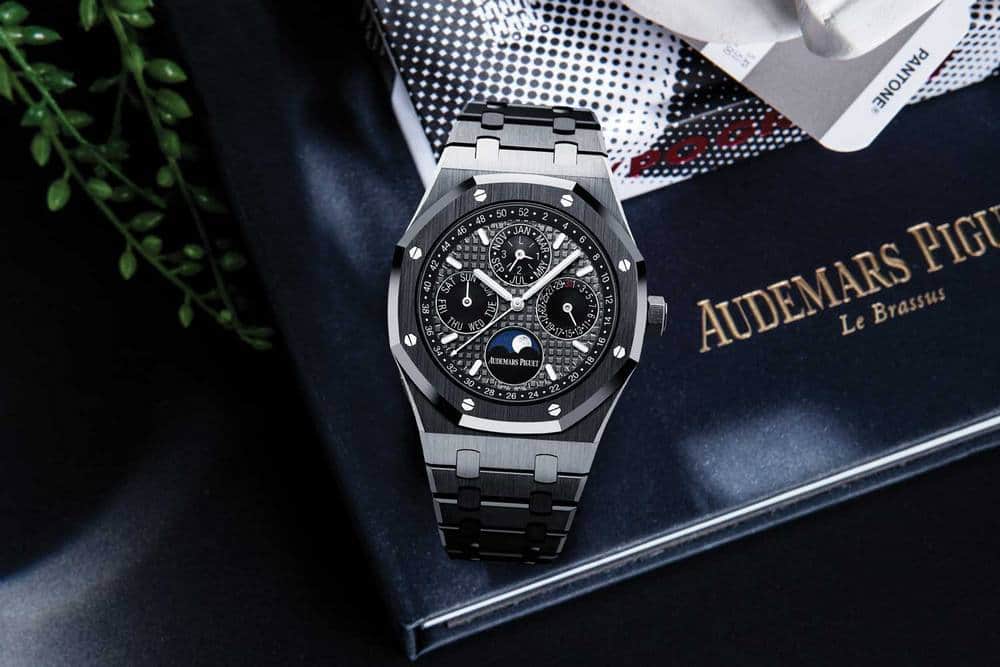 In the world of high-end watches, few timepieces come close to the popularity, status and recognition of the Audemars Piguet Royal Oak. Released back in 1972, this stunning timepiece was imagined by the acclaimed watch designer Gerald Genta, with a gorgeous octagonal-porthole design and an integrated bracelet, a design that became a classic ever since.

A favorite among the super rich, the Audemars Piguet Royal Oak is still one of the most amazing watches you could buy today. It was released in many different versions ever since, and it will always be a mark of distinction and style, with a great story behind it. That’s why it’s a great fit for anyone’s watch collection. 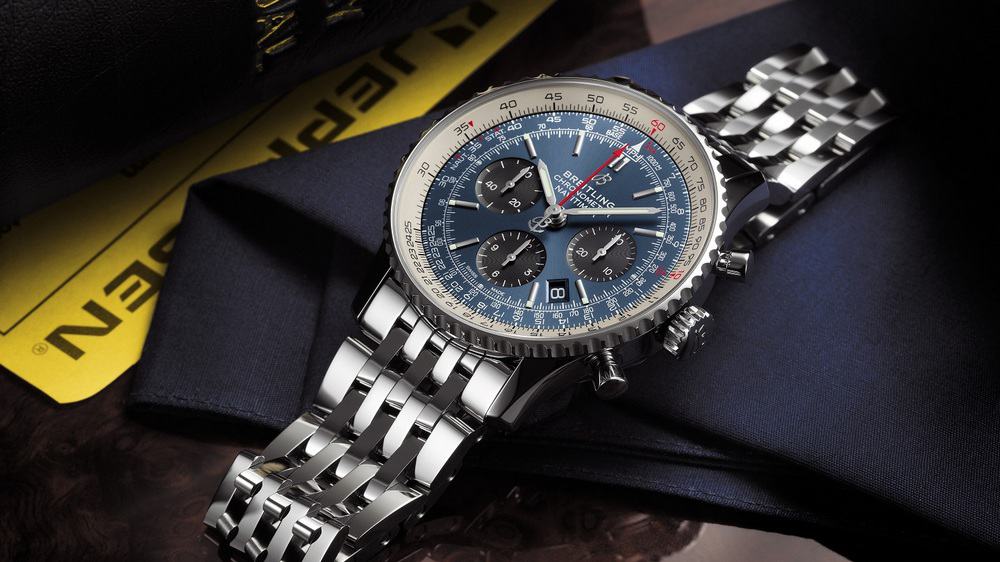 Introduced back in 1952, the Breitling Navitimer is considered one of the best aviation watches ever made. It has a timeless design, that’s still instantly recognizable, with a circular slide rule that’s able to perform a wide range of calculations relevant to aviation – that’s why it became a favorite for pilots and aviation enthusiasts from all over the world.

The Navitimer represents the pinnacle of what Breitling has to offer, blending precision, functionality and reliability with an elegant design and the highest standards in watchmaking. It’s one of the most beloved chronograph watches out there and even though it was released in many different versions ever since, it still looks as stylish today as it did when it was first released. 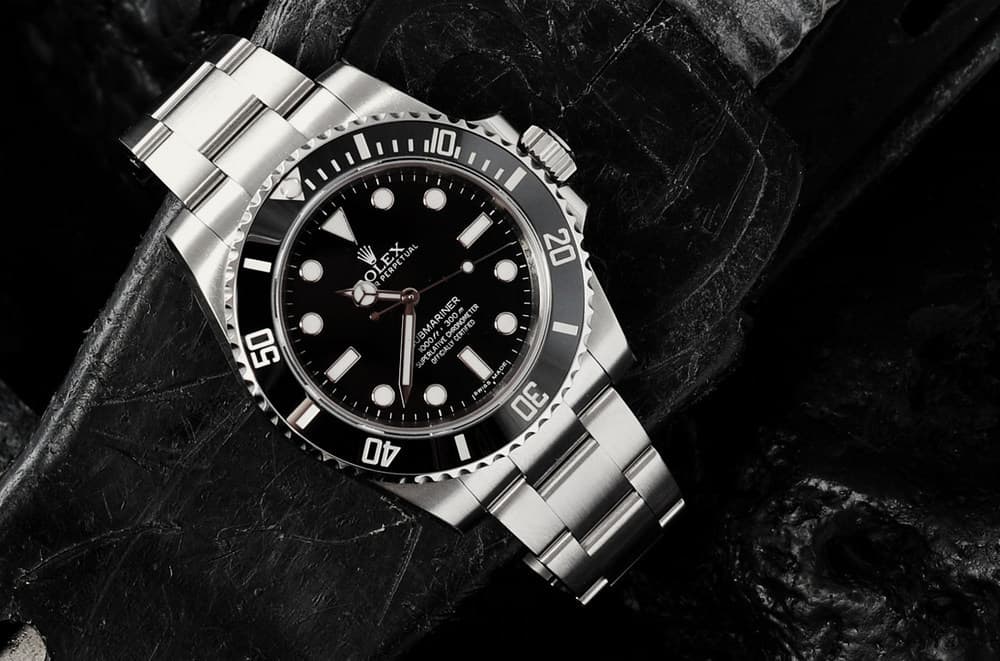 A Rolex watch is always a must have and the Submariner is arguably one of the all-time greats of horology. Widely recognized for its exceptional design and impressive build quality, the Rolex Submariner was originally introduced in the 1950s as a professional diving watch, but it was so well designed that it could be paired even with a tuxedo. It was worn by Sean Connery in the first James Bond movies, cementing its reputation and desirability forever.

The most storied diving watch of all time, the Rolex Submariner became a true icon – a symbol of success, good taste, rugged elegance, fine craftsmanship and a love of the sea. Even today, Rolex continues to release new versions of this beauty, in an effort to make the Submariner collection better and better, but they all come with the same timeless design that will never go out of style. 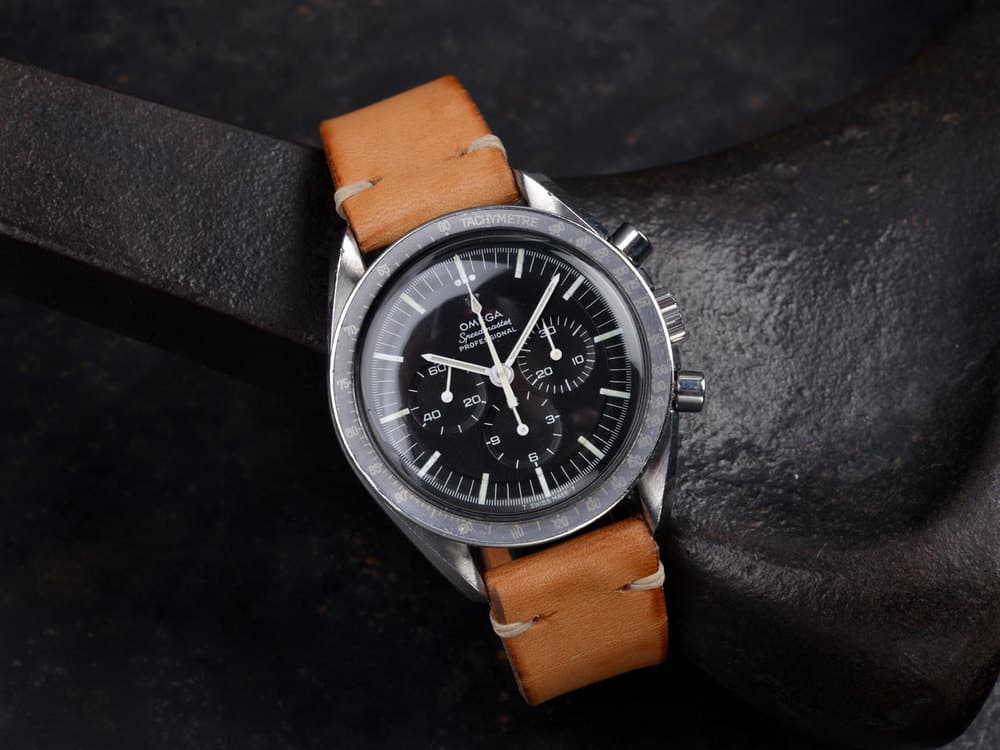 The Omega Speedmaster will always be remembered as the first watch on the Moon, but even if you don’t know its history, it would still be a very desirable watch, that’s highly prized by collectors. With a design that’s both classic and contemporary and impressive mechanics under the hood, this watch feels like it could last forever, anywhere you might take it.

Originally introduced as a racing chronograph, the Speedmaster changed its personality a lot since it went to the moon and it’s now available in many different forms and countless variations, but they’re all beautiful, useful and versatile. Just mention its name to any watch aficionado and they’ll surely tell you that you need to have at least one or two Speedmasters in your life.