Urwerk’s New UR-105 The Hour Glass is Simply Irresistible 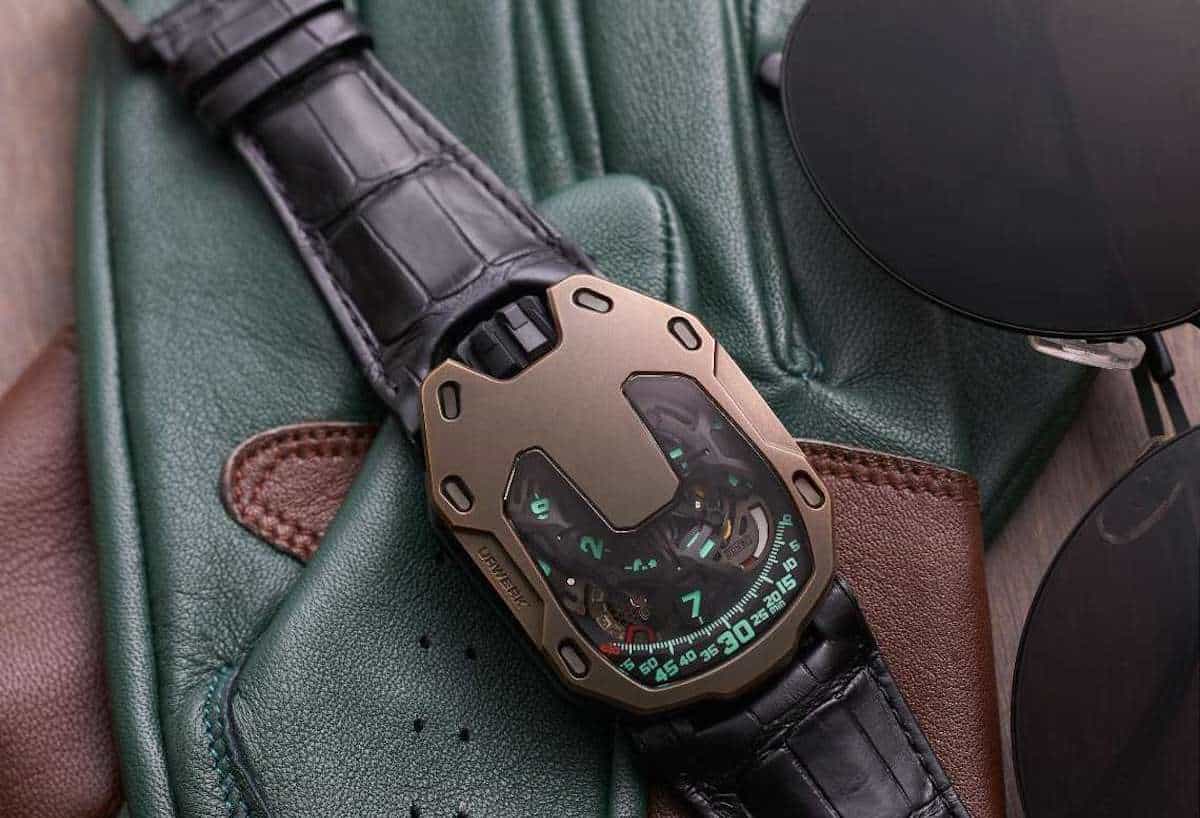 Urwerk is back in our attention with a new special take on its sought after UR-105 timepiece, this time honoring the watchmaker’s long time partnership with The Hour Glass, one of the world’s leading specialty luxury watch retailers. With an established presence in 11 key cities in the Asia Pacific region and 40 high end boutiques already, The Hour Glass is one of the biggest players in region – that calls for a celebration, right?

That’s why Urwerk has just unveiled an all new UR-105 The Hour Glass, a gorgeous self winding timepiece that pays homage to its partner from Asia, combining the revolutionary satellite display under a domed crystal that’s actually cut and fitted in the same style as the first timepiece The Hour Glass retailed for the Swiss watchmaker – the UR-103.

The UR-105 The Hour Glass also comes in a sandblasted bronze case that marks the passage of time, with every hour leaving its mark on the spectacular look of this timepiece. The bronze case borrows a few design cues from other models The Hour Glass retailed for Urwerk, like the imposing crown that’s inspired by the UR-200 collection or the acid green of the SuperLuminova that comes from the UR-105. 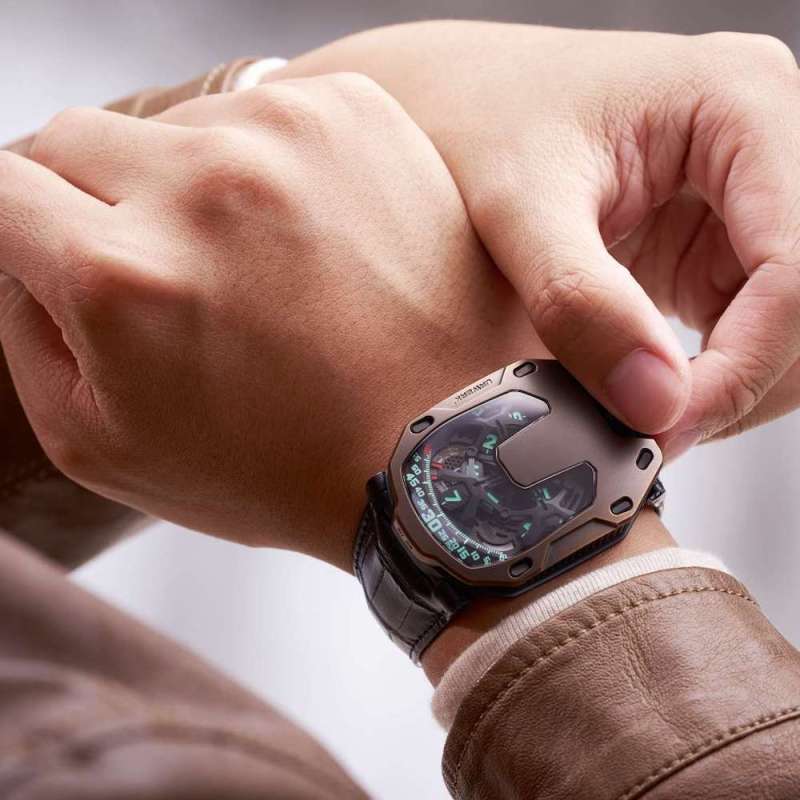 Inside, the impressive self-winding UR 5.03 Calibre works its magic all day long, with wandering hours looking like satellites on an open-worked carousel with four arms. Each of the arms of the carousel comes with a satellite of three-hour numerals, with the hours passing alongside a scale of minutes to give both a digital and an analogue indication of time.

The dial of this extraordinary timepiece also displays a small power-reserve indicator and a digital seconds counter that points out tens of seconds. This incredible Urwerk mechanism was engineered through a complex photolithographic process, with each marker being open worked to be as light as possible.

The back of the watch boasts two pneumatic turbines that control the self winding rate on this timepiece. This rate can be set with a small lever between FULL (the barrel springs are rewinded at the slightest movement), RED (a reduced winding rate which makes the turbines to dampen the rotor and decreases the stress on the mainspring) and STOP (which stops the self winding mechanism completely and allows the wearer to do it manually using the crown). 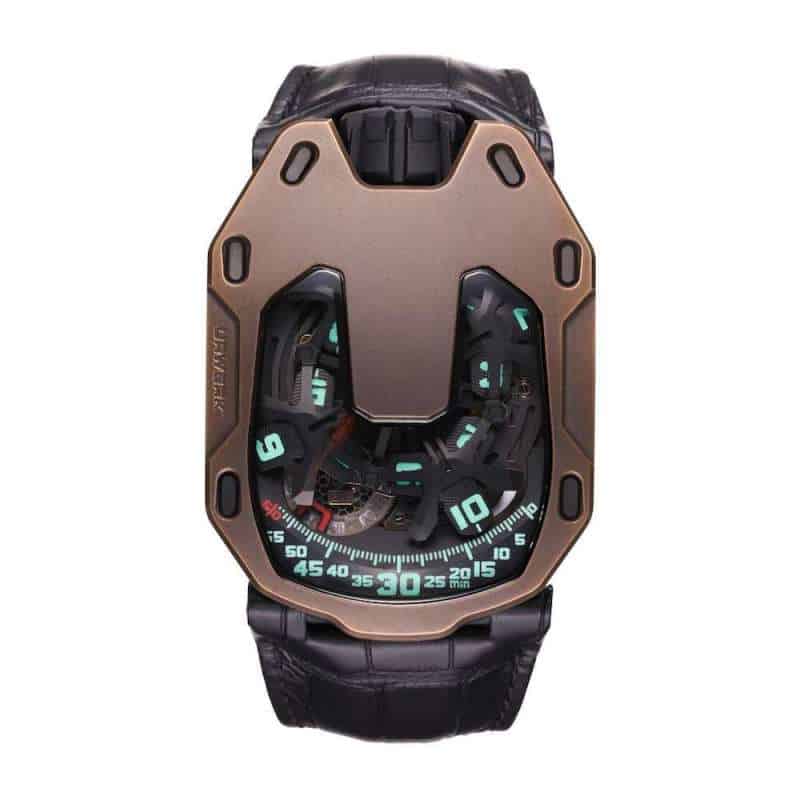 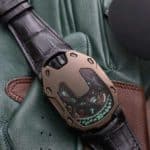 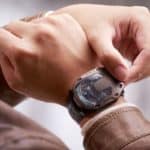 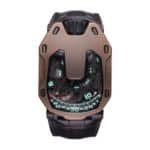 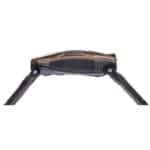 Tags:
Previous Article
Bentley’s Flying Spur First Edition is the Fastest Luxury Sedan Ever
Next Article
A McLaren 720S For Your Children? Why Not? 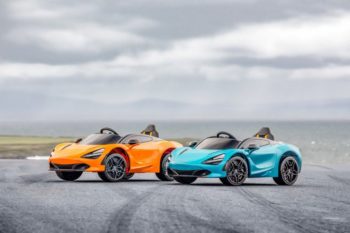