The 15 Best Amusement Parks in the World

Amusement parks are alluring not only for children, but for teenagers and adults alike. We’re all children after all, just in a grown up body. But the fun and thrill an amusement park offers are something we all look up to when we plan our vacations. We all need a little bit of adventure in our lives.

And the good news is that there’s something for everyone, whether you like dangling over a cliff in Hong Kong or finding yourself at the top of a 330 foot drop somewhere on the coast of Spain in one of the best roller coasters in the world or you’re simply looking for some light and fun entertainment.

Amusement parks come in a variety of themes, from Hollywood themed entertainment to the latest and fastest coasters for the adrenaline junkie inside us, there’s plenty of options. Let’s take a closer look at the 15 best amusement parks in the world: 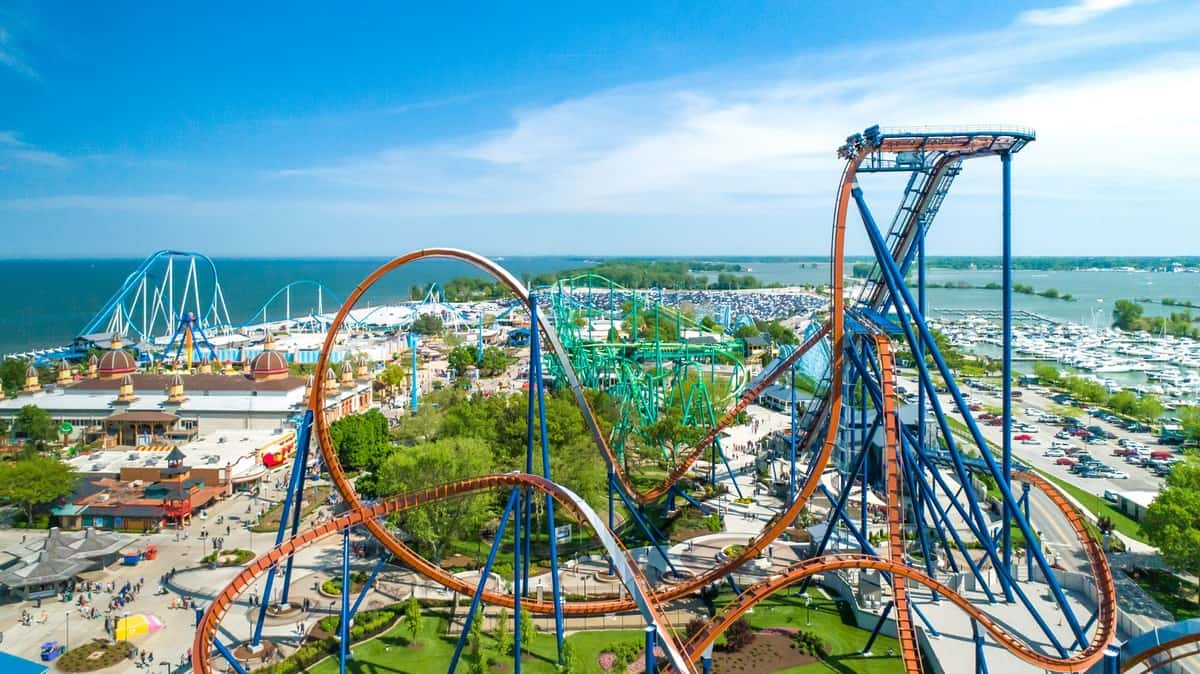 Located in Sandusky, Ohio, Cedar Point has been named the roller coaster capital of the world, with no less than 17 fun, fast and thrilling coasters waiting for you. Among the most impressive of them is Millennium Force with its inspiring engineering and an interesting way of using the park landscape around.

Going through the coaster’s twisted labyrinth track at over 90 miles per hour should give you enough thrills for the entire vacation. But if that’s not enough, take a ride with the park’s newest coaster, the Valravn, which has become the tallest, fastest and longest dive coaster in the world. 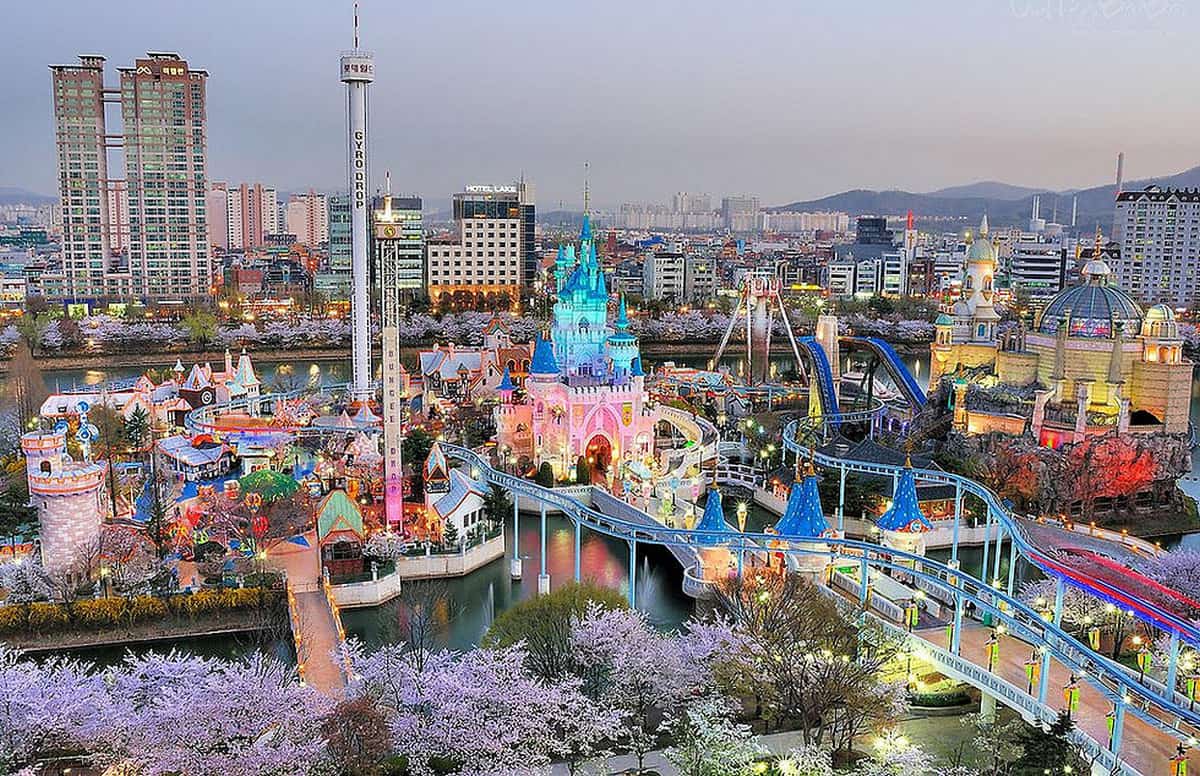 Lotte World in Seoul, South Korea is the main destination of the country for theme park thrills. They’ve got the largest indoor theme park in the world, plus and outdoor amusement park titled ‘Magic Island’. Lotte World has managed to recreate some of the best and most popular attractions from Disneyland, so expect a great deal of fun while there, from Indiana Jones Adventures to the iconic Pirates of the Caribbean boat ride. 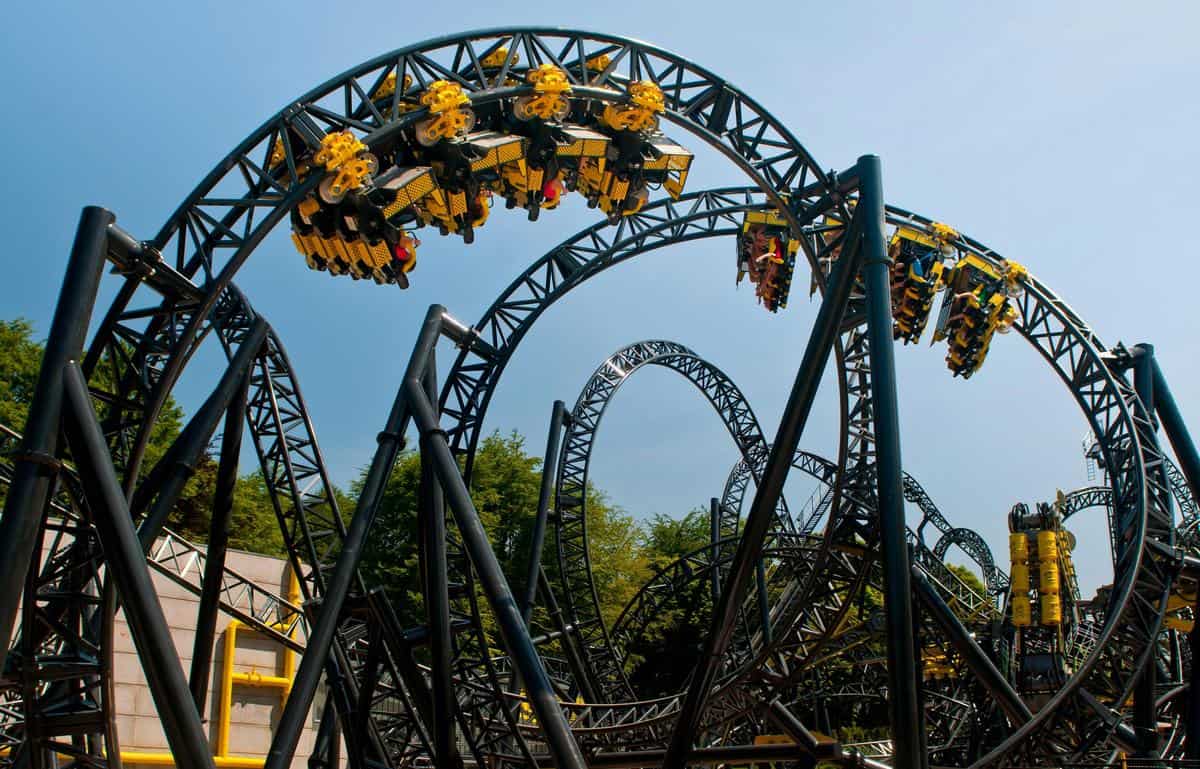 Consisting of a theme park, water park and hotel complex with treatment rooms, the Alton Towers in Staffordshire, UK, has its place among the top amusement parks in the world. It first opened its gates back in 1980, but still offers unforgettable adventures and great fun.

The Walt Disney World’s Magic Kingdom is one of the most popular amusement parks in the world, not only for its huge size but also for the experience of meeting our favorite Disney characters. There are also the super fun Adventureland, Frontierland, Liberty Square, Fantasyland, Tomorrowland themed adventures which will get you through some memorable experiences. 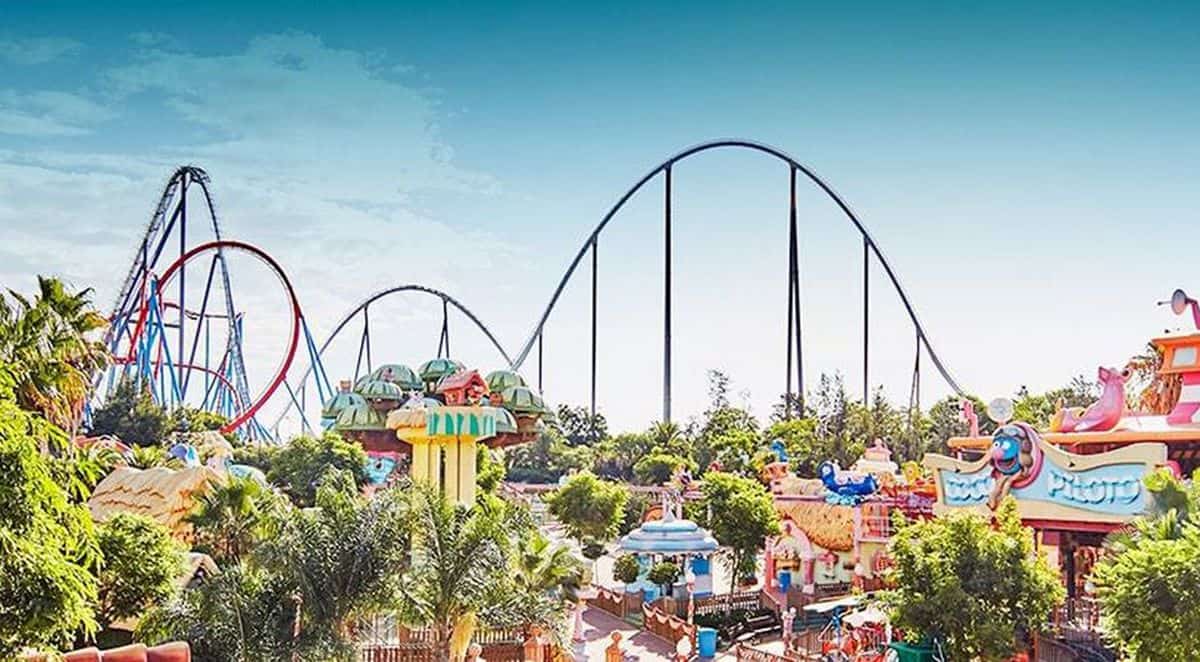 Combining fun, relaxation and cuisine, Port Aventura, Spain’s most iconic theme park and one of the best in Europe, is based on historic civilization, immersing its visitors into the Mediterranean, Far West, Mexican, Chinese and Polynesian cultures. For the thrill seekers, Port Aventura offers the unbelievable King Khajuna, the highest fall slide in Europe. 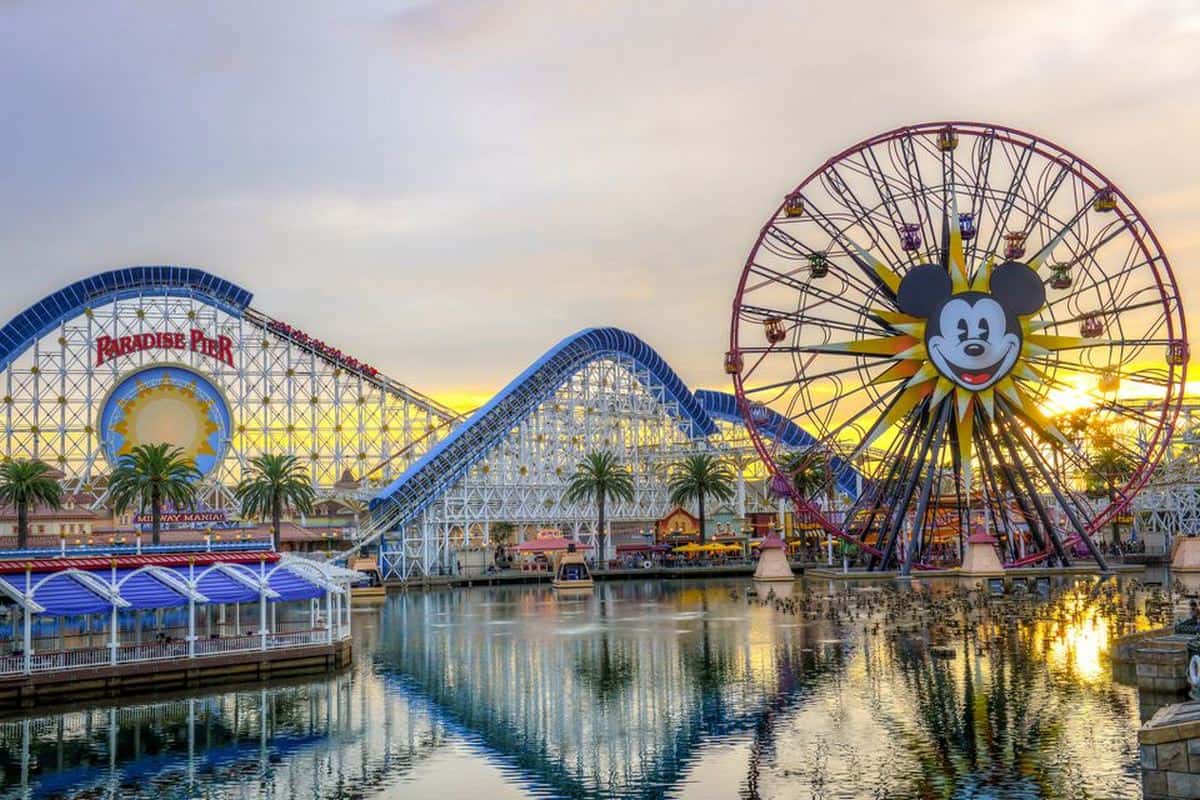 Started back in 1955 in Anaheim, California, Disneyland has kept itself in top shape. It’s the original park envisioned by Walt Disney and today, it brings together the nostalgia of the past with the high end technology available to create some of the best Disney experiences imaginable. Peter Pan’s Flight or the Indiana Jones Adventure, some of the park’s original rides are still available today, so get ready to have some wild rides when you visit. 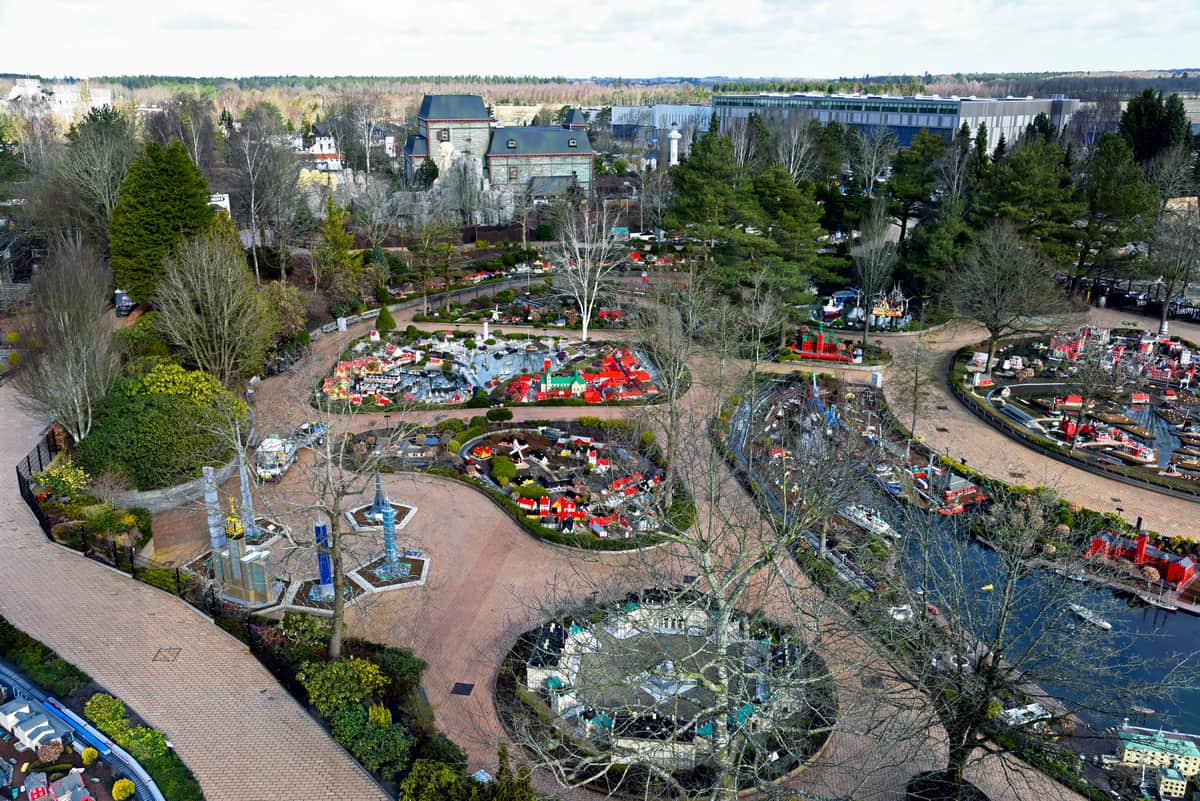 Billund, Denmark hosts a different kind of amusement park. It’s called Legoland and it’s a mini world made entirely of LEGO Bricks, which is super attractive for kids. They can do all their favorite activities, from chasing ghosts in the enchanted mirror maze to exploring Polar land with amazing snowmobiles, have a nice family ride or have fun in one of the kid coasters. 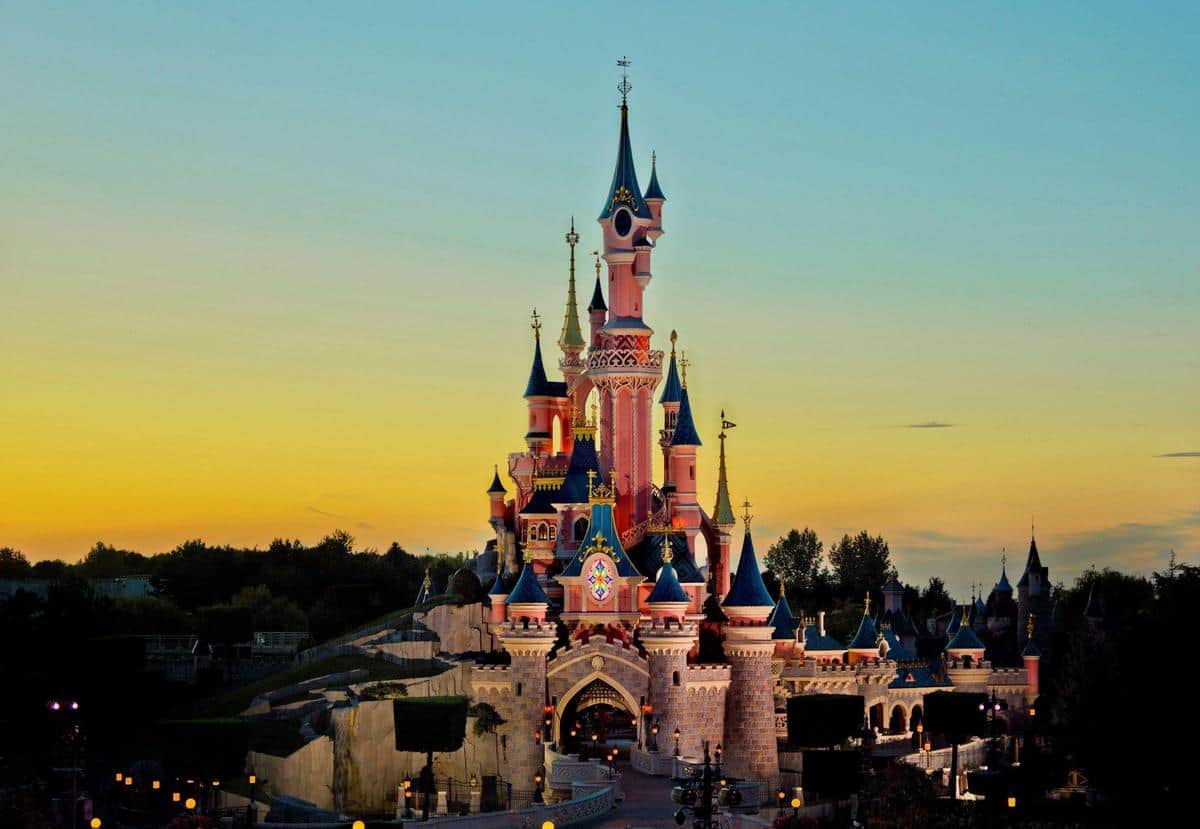 Disneyland Paris is among the largest amusement parks in the world, and a well known one too. It’s actually number one most popular in Europe. From themes like the Big Thunder Mountain to the ubiquitous Pirates of the Caribbean, Disneyland Paris offers plenty of attractions, with lots of entertainment, musical tours, roller coasters and more. 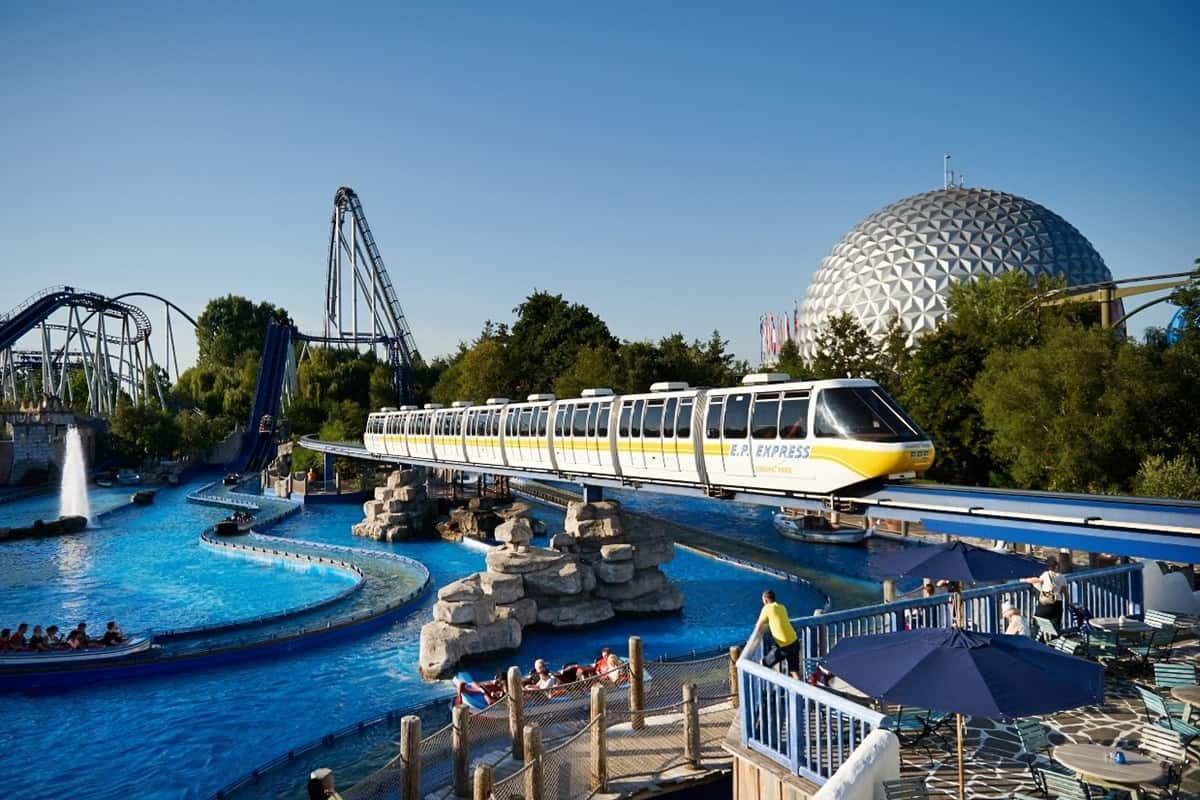 The second most popular theme park in Europe and Germany’s largest, Europa Park draws over 5.5 million international thrill-seeking visitors with its 12 dynamic roller coasters. And that, every year. Located in Rust, Germany, the park has been built 40 years ago, but new rides are being built all the time.

The newest so far, Arthur, is a suspended indoor / outdoor roller coaster that pushes the limits. There’s also the Volo da Vinci, where you get to experience Leonardo da Vinci’s flying machine, or you can choose the Swiss Bob Run ride or some wild water rides. 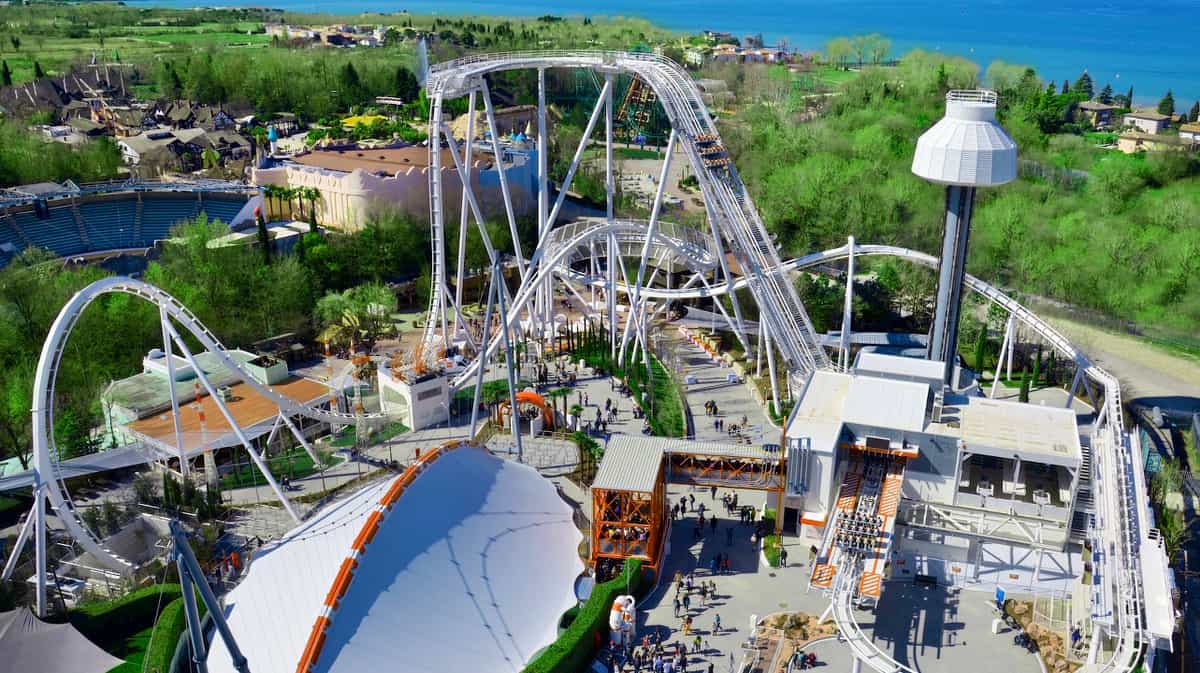 Italy has its share of fun as well, and Gardaland Park, located in Castelnuovo del Garda in the Northeastern part of the country, proves it to everyone. The park offers over 30 attractions to more than 3 million visitors every year. From fantastic adventures through an impeccably-themed Egyptian tomb to thrilling rides like the Blue Tornado, Raptor or Oblivion – The Black Hole, Gardaland has it all.

The park’s newest roller coaster, the Kung Fu Panda Master is a spinning coaster inspired by DreamWorks’ Kung Fu Panda animation, and it guarantees a lot of thrilling fun. 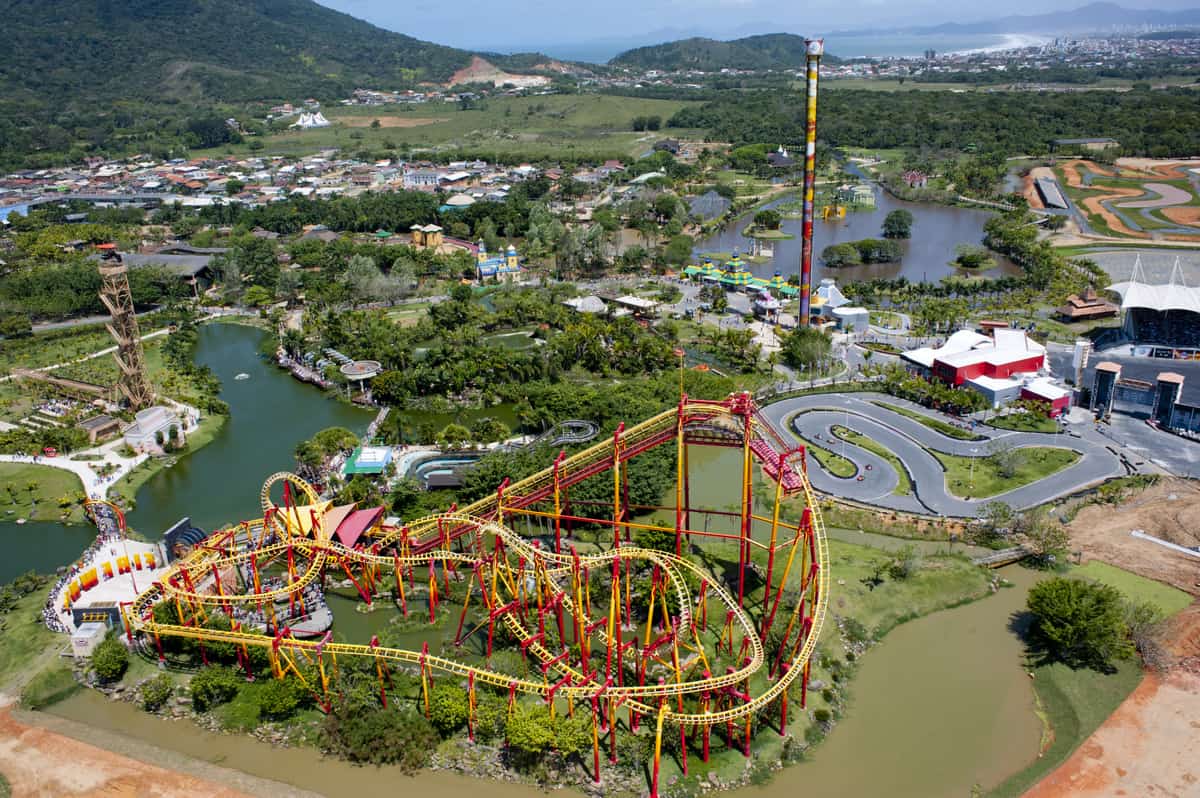 Penha, Brazil is home to Latin America’s largest theme park, the Beto Carrero World, which captivates visitors from all over the world with its colored world stretching on almost 3,500 acres of land. There’s seven areas of the park, each with its own theme.

For thrill seekers, there’s the Chicote de Fogo, a suspended looping coaster which reaches speeds of over 60 miles per hour, plus several more. The Velozes e Furiosos Show – the park’s Fast and Furious Show is an action packed stunt car show inspired by the eponymous film franchise.

Comprising of Universal Studios Florida and Universal’s Islands of Adventure, the park offers immersive thrill experiences and adventures which take you through some of the most famous stories we’ve come to know, from E.T. to The Simpsons. Since the park has gotten its Harry Potter themed attractions, all the fans of the novels and films have shifted their attention to adventures in the Wizarding World of Harry Potter with its Hogsmeade and Diagon Alley.

But Universal Studios in Orlando, Florida offers much more than that, with plenty of fantasies coming to life in what’s one of the best theme parks in the world. 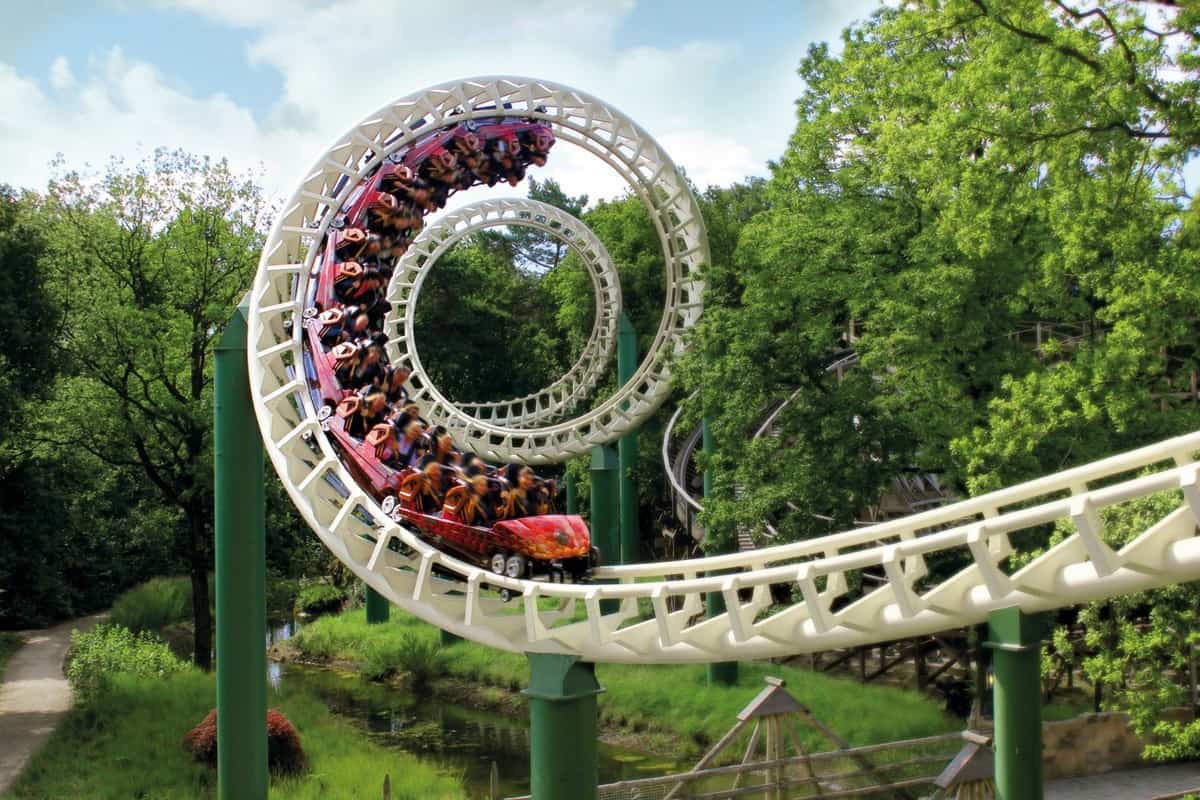 Started back in 1953, Efteling Park in Kaatsheuvel, Netherlands is the country’s best theme park no matter the time of year. With around 4.6 million visitors every year, Efteling is also one of the best in the world. It offers no less than 35 rides, awesome roller coasters such as the Flying Dutchman or Half moon, and the most thrilling of all, the Baron 1898 dive coaster, built in 2015. It’s the ultimate thrill for those seeking it, a three row train which bolts down a 123 foot 90 degree drop into a mineshaft.

For less thrills, you can choose the Droomvlucht, a ride through an enchanted forest or watch the biggest water shows in the entire Europe. 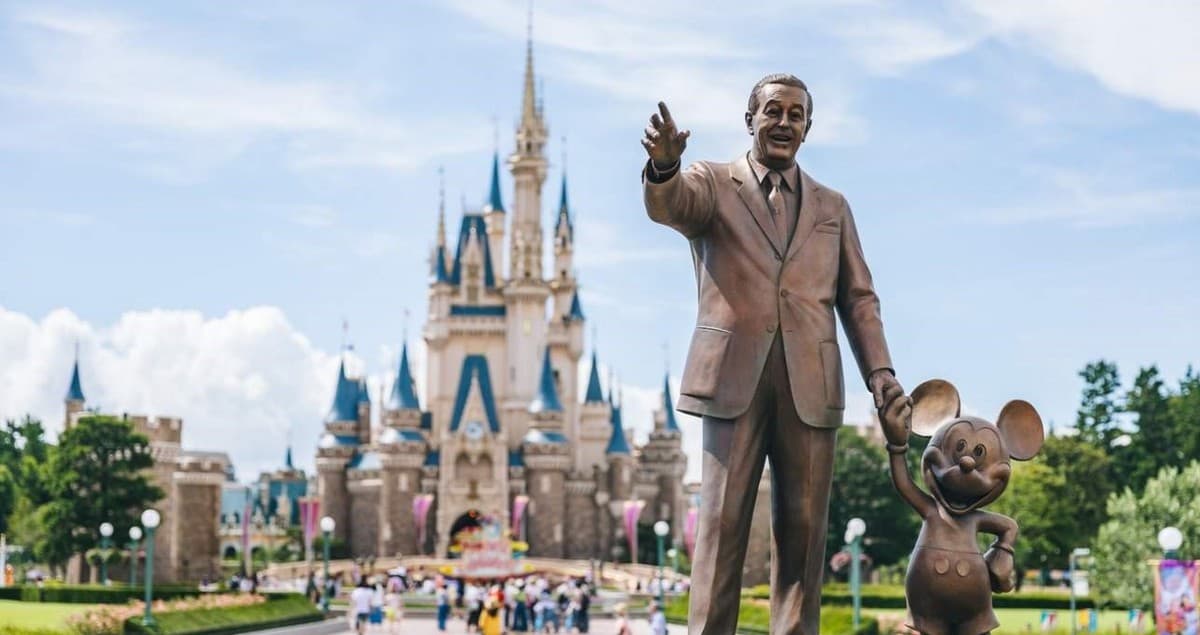 The Disney magic has been recreated in Tokyo, at the most popular theme park in Japan and the third most attended in the world, the Tokyo Disneyland. The park is 32 years old and has many of the Disney’s signature them park attractions, including the much loved Pirates of the Caribbean or Peter Pan’s Flight. The park also comes with its own unique attractions as well. 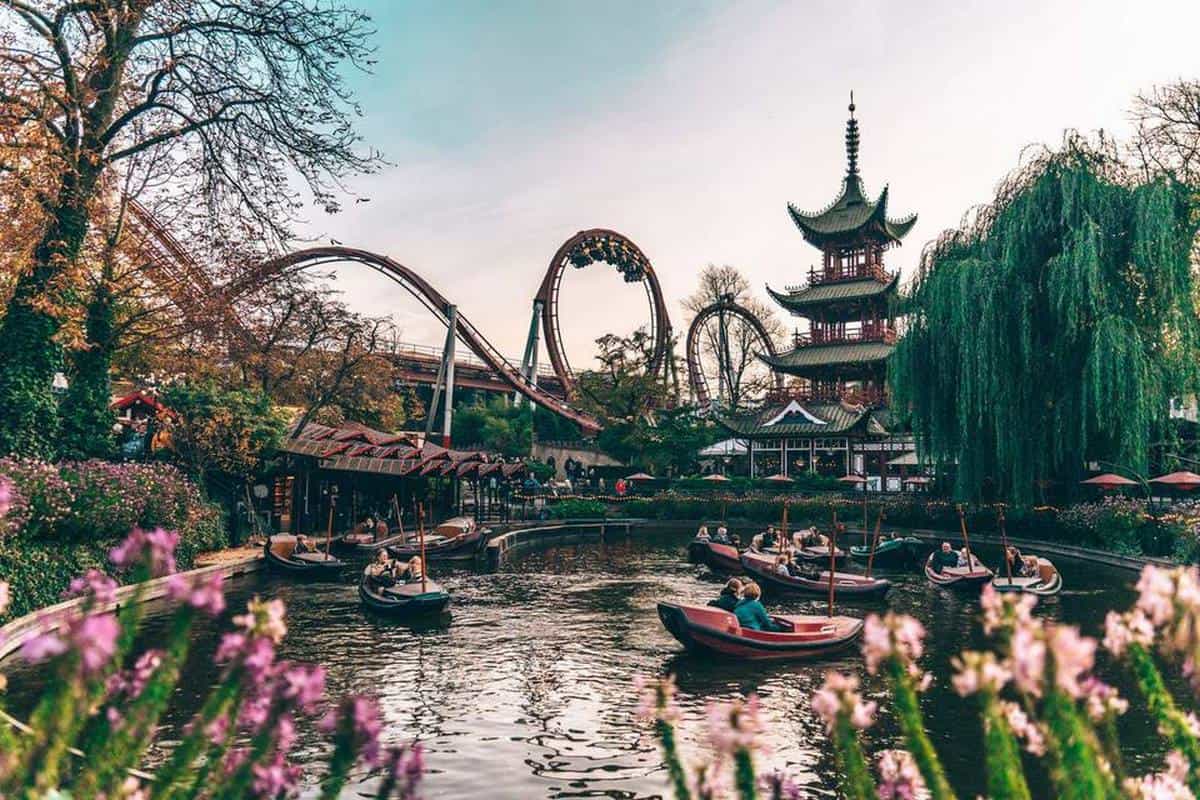 Started a long time ago, in 1843, Tivoli Gardens in Copenhagen, Denmark is one of the oldest operating amusement parks in the world. It attracts locals and tourists alike, offering both vintage theme park attractions and top notch modern thrills.

The original coaster of the park, the Rutschebanen, is still the best coaster in the park, offering a thrilling run in and around a mountainside. The Daemonen (The Demon) is a more modern steel coaster with floorless cars and a thrilling track with three coaster inversions. There are also exotic buildings from an imaginary world, all kinds of amusement rides and plenty of restaurants, cafes, band stands and flower gardens.

Tags:
Previous Article
The Pershing 140 is a Thrilling and Fun new Addition to the World of Superyachts
Next Article
Kinka Usher’s Superb Montecito Mansion is on the Market for $35 Million 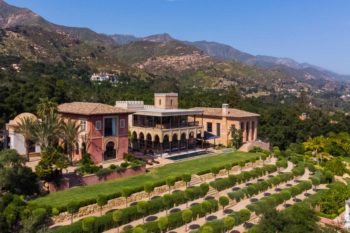