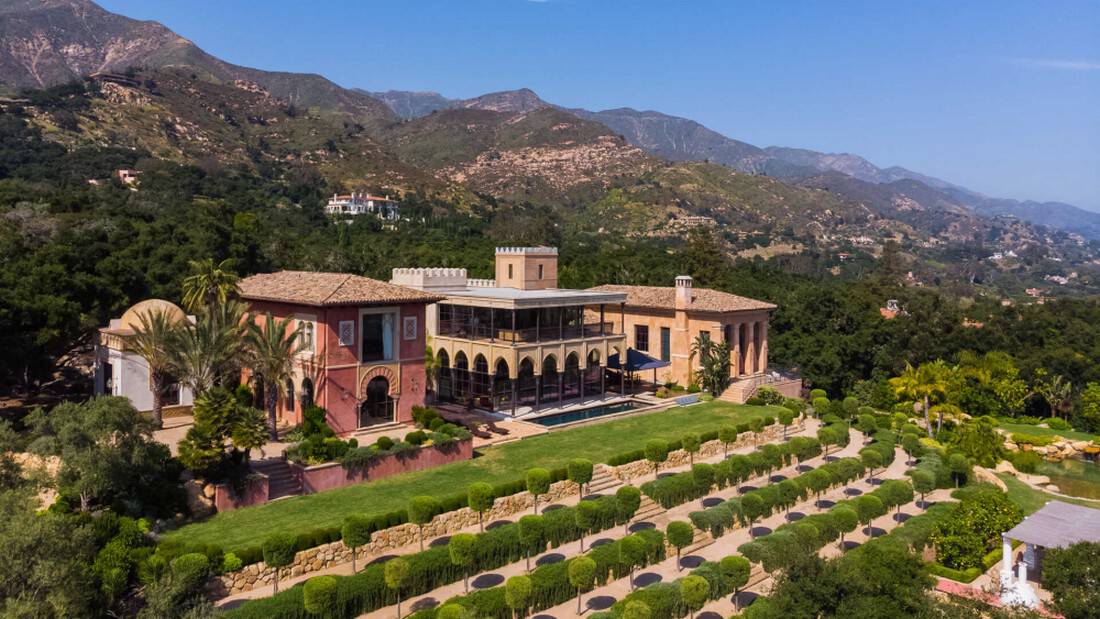 If you don’t know this yet, the renowned TV commercials director Kinka Usher is the proud owner of this superb Montecito Mansion, wonderfully combining Italian, Spanish and Moroccan architectural styles and influences, a lavish residence that has been recently listed on the market for a cool $35 million. But that’s not all we have to say about this property.

The jaw dropping estate before you even comes with a Japanese pavilion and a koi pond, which isn’t something you’d find too often, especially under the same roof with other influences. The design of this stunning mansion has been inspired by the years of travels. Born in France, Usher has spent a lot of time in Italy before moving and finally settling in California.

The home follows on his story and boasts deep-coffered ceilings, Corinthian columns, reliefs and other European design influences, drawing inspiration mostly from the Alhambra palace in Granada, Spain. 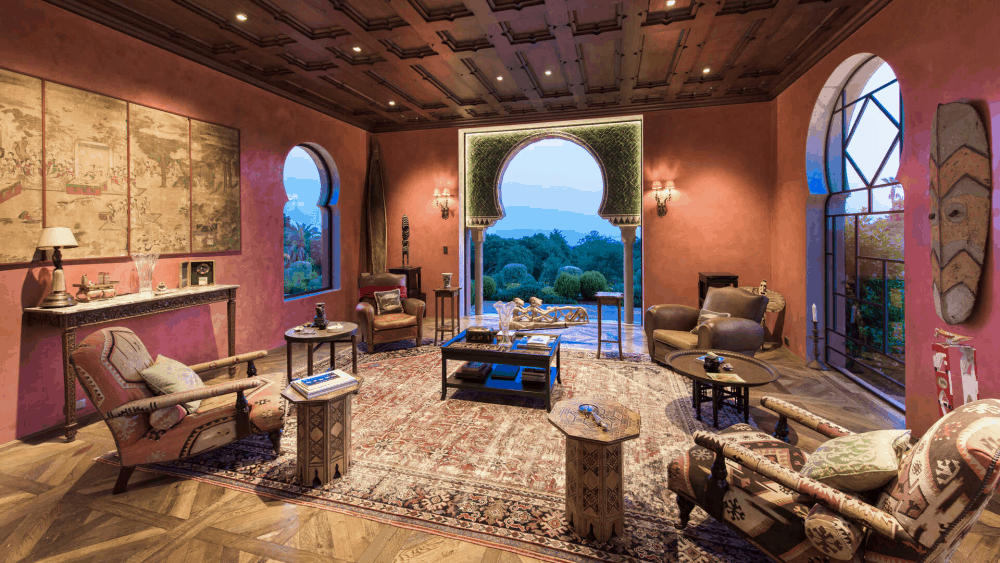 The magnificent arched entryway of the property resembles so evidently the Alhambra palace, which inspired Usher so much on his first trip to Spain years ago. The 12,000 square feet mansion comes with no less than two master suites.

The floor to ceiling glass windows on three sides allow for plenty of sunlight to come in through all the day. The bath of one of the suites was inspired by the Turkish baths of the past.

Outside, there’s a 90,000 gallon swimming pool, another heated pool and bocce and pickleball courts. And let’s not forget about the Japanese pavilion we mentioned in the beginning, perfect for bringing in guests, and a pergola for hosting outdoor events.

But what we are most impressed with is that Kinka Usher designed the mansion himself. 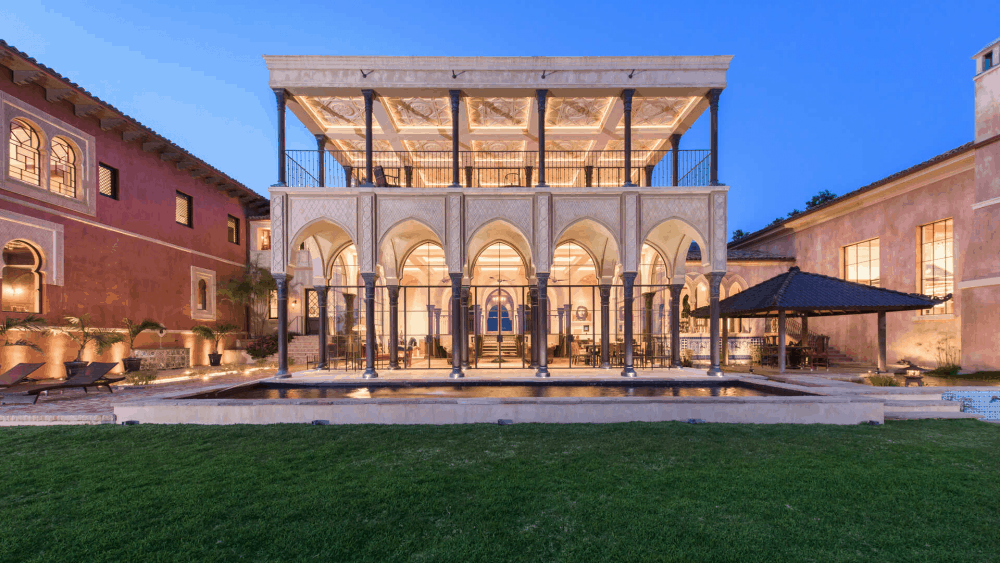 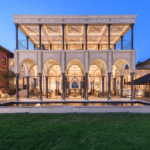 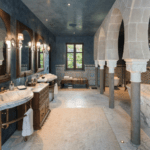 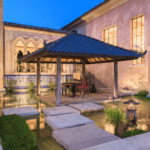 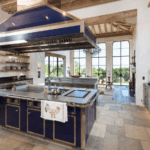 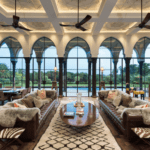 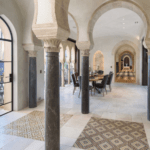 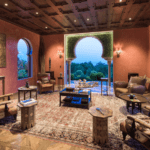 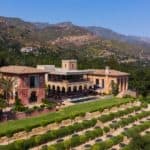