Half way into the year and we just can’t wait to get our hands on a pair of some of the best sneakers launched this year ’til now. We’re sure you’ve been waiting on this one as well, so we’ve done a little research and comprised a list of the 10 best sneakers of 2019.

This list will surely change by the end of the year, but we had to do it, right? Summer’s here and we need those Air Jordans now, not in December. So, we’ve tried our best to come up with a competent list, following today’s trends and trying to find something for every style.

After a promising start of the year, from new retro sneakers to the latest and greatest in technology, here are the 10 best sneakers of 2019 (so far): 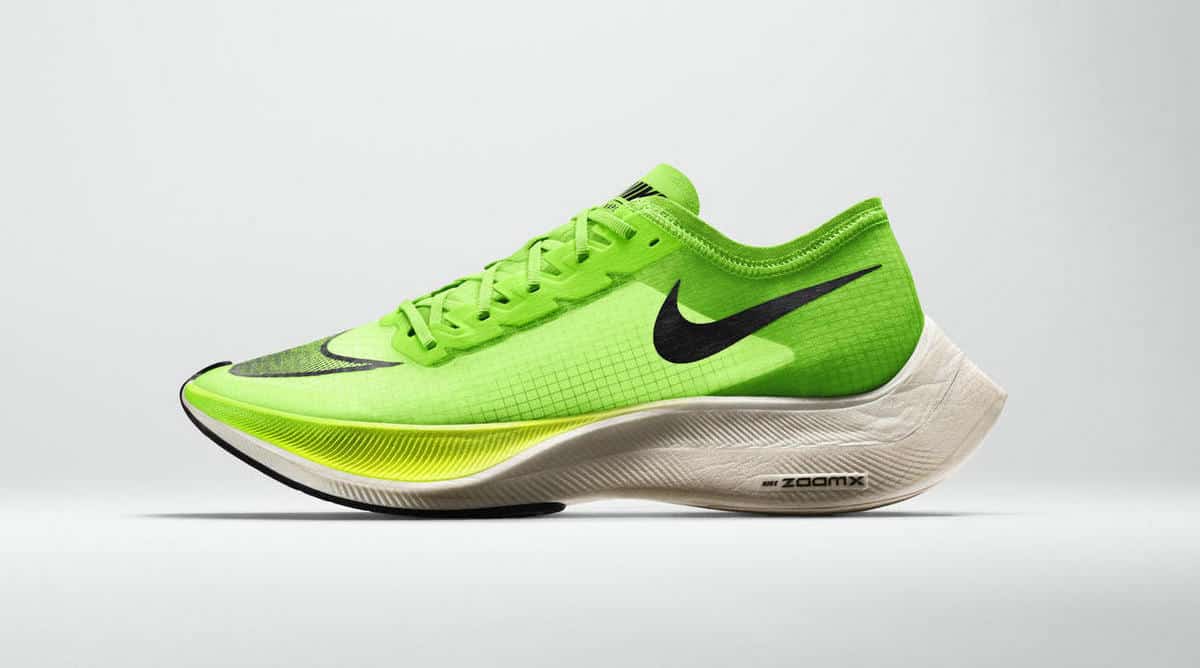 After the unsuccessful Nike Breaking2, the brand came up with an updated and upgraded design for their new high performance running shoe, opening up a new era. The Nike Zoom Vaporfly Next% comes with a new and lighter Vaporweave upper, offset lacing and with a better ZoomX cushioning.

The design of the new Nike shoes looks even better than the one before, with futuristic accents, making it a little more aggressive. The Next% has also achieved something more. The average price of the shoe on the resale market spins around $600, which is something rare for such a high performance sneaker. 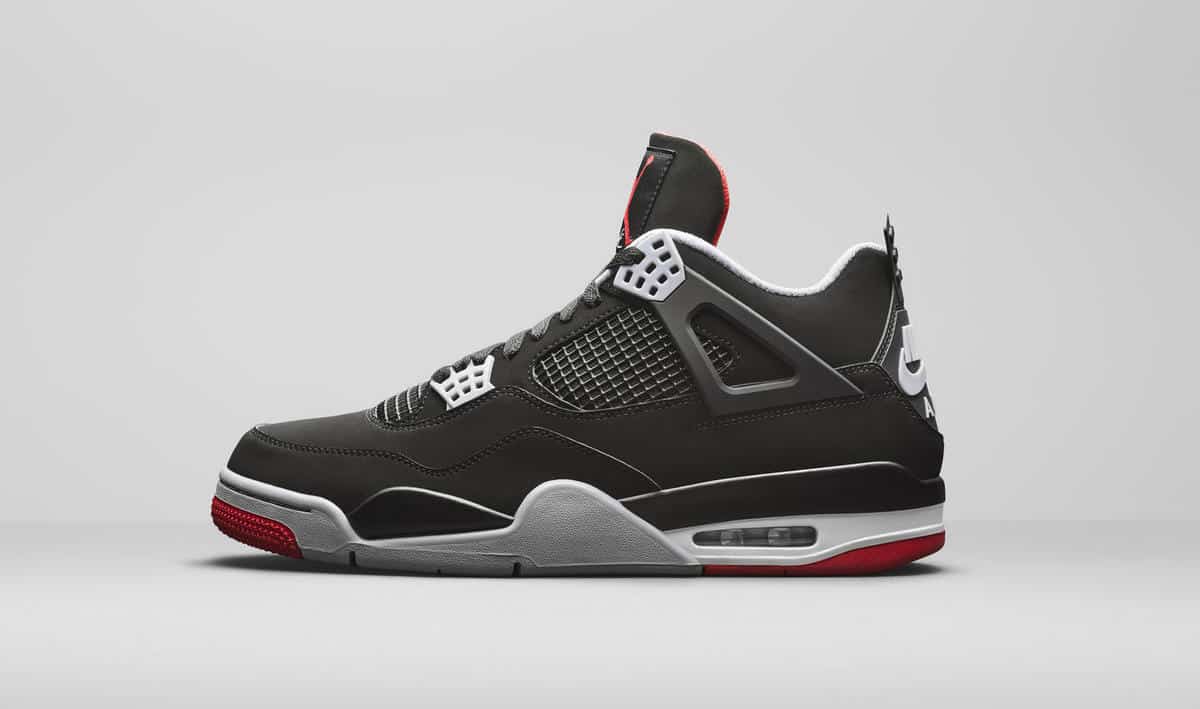 The legendary Nike Air has kept its appeal throughout time, adding value to everything, no matter your style or age. The Air Jordan comes out now in a superb retro edition, commemorating its 30th anniversary.

The Air Jordan IV ‘Bred’ counts itself as one of the most iconic sneakers in the the Jumpman’s renowned history, especially after His Airness’ wore them during ‘The Shot’ in Game 5 of the 1989 playoffs. The new retro edition hits that sweet spot for everyone, but especially for those hard fans. 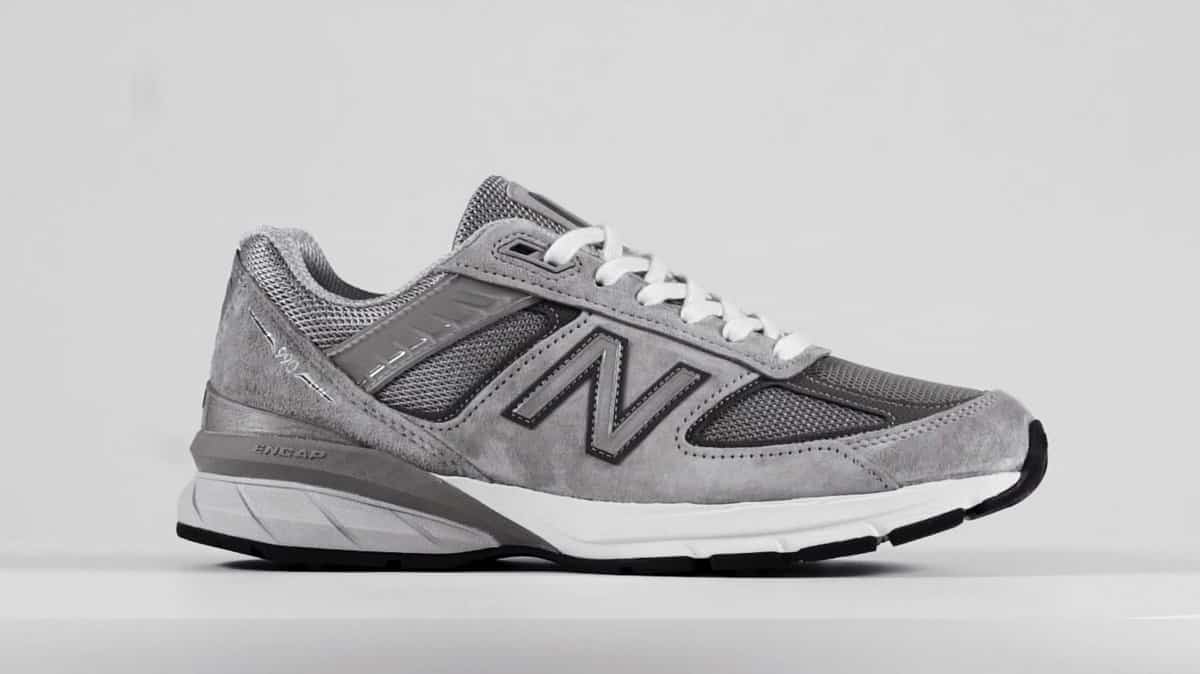 Released this May, the New Balance 990 V5 sneakers continue the brand’s most celebrated series of all time, the 990, enhancing the classic and timeless V3 and V4 models.

The appearance of the V5 was a much expected moment by New Balance fans, who quickly added it into their sneaker collection. The new shoe comes with some changes but at the same time it’s a familiar sneaker for those long time fans of the brand. 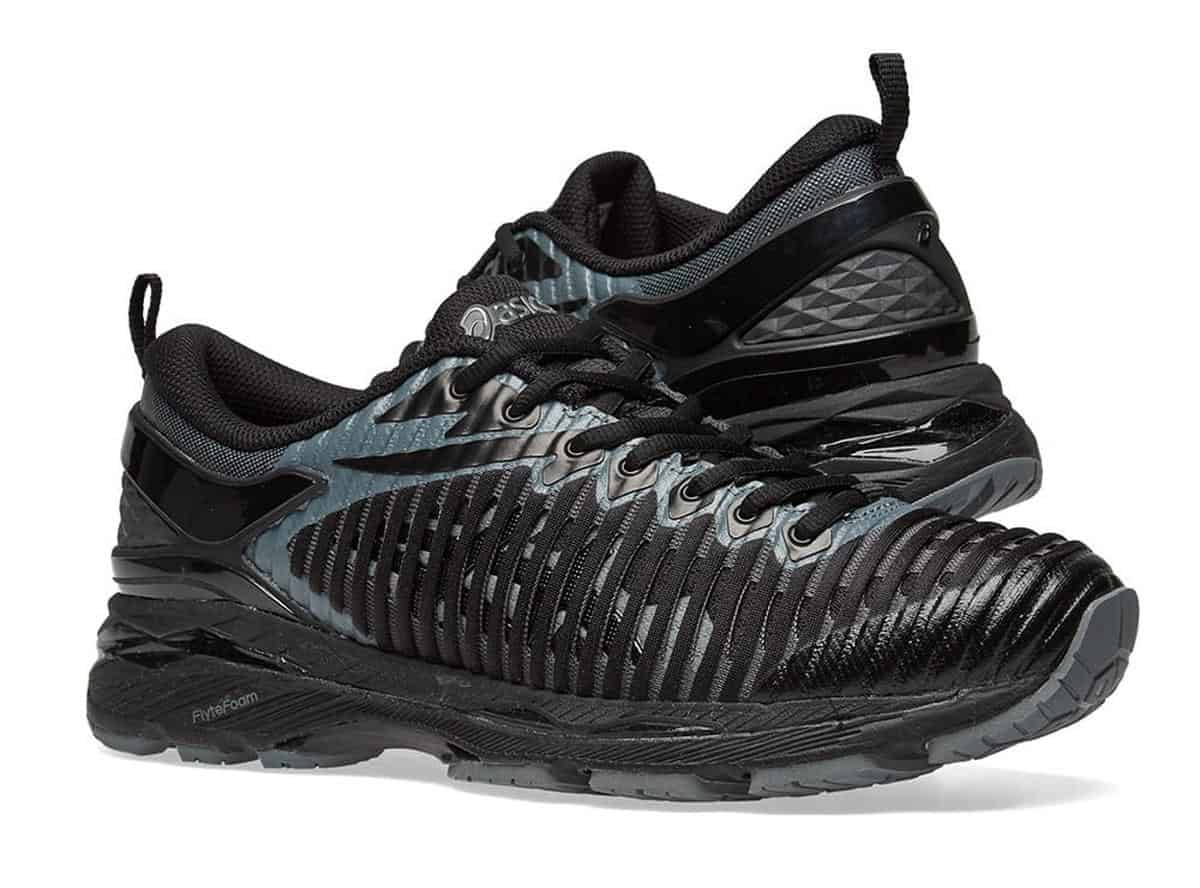 The collaboration between Kiko Kostadinov and ASICS was one of the most anticipated in the world of sneakers, and its result impressed us and most other fans a lot. The new GEL-Delva sneakers, debuted in the first month of the year, come packed with a lot of functionality and performance, with a FLYTEFOAM midsole and technical synthetics for the upper side.

The color schemes for the sneaker trio feature the fresh Cool Mist / Forest Green, elegant Murasaki / Performance Black and lively the Tai-Chi Yellow / Taupe Grey. With an exciting young designer like Kostadinov, the partnership with ASICS is likely to produce some more interesting models in the following period. 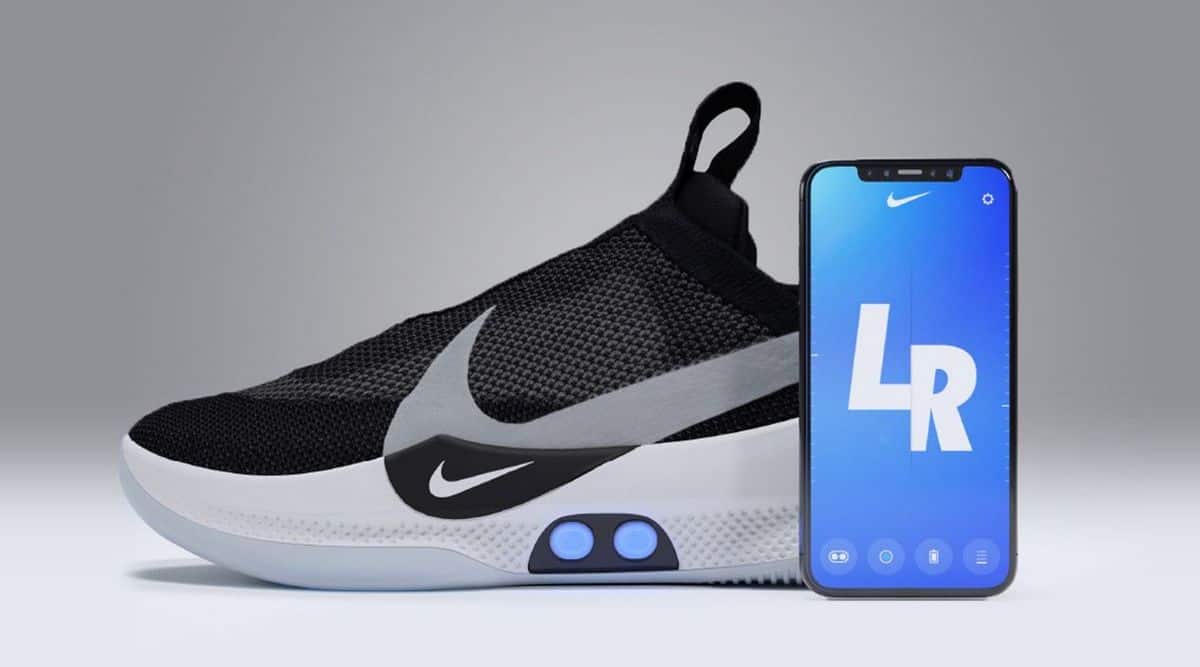 Nike is one of the best innovators on the market and they have proved it again with the new Nike Adapt BB self lacing performance sneakers. Some might hate them while others will love them, but for sure nobody will ignore them.

At the price tag of $350, they’re not for everyone, and the self-lacing technology might keep some others away, but they’re still more accessible than other sneakers out there, so Nike hopes for the best. 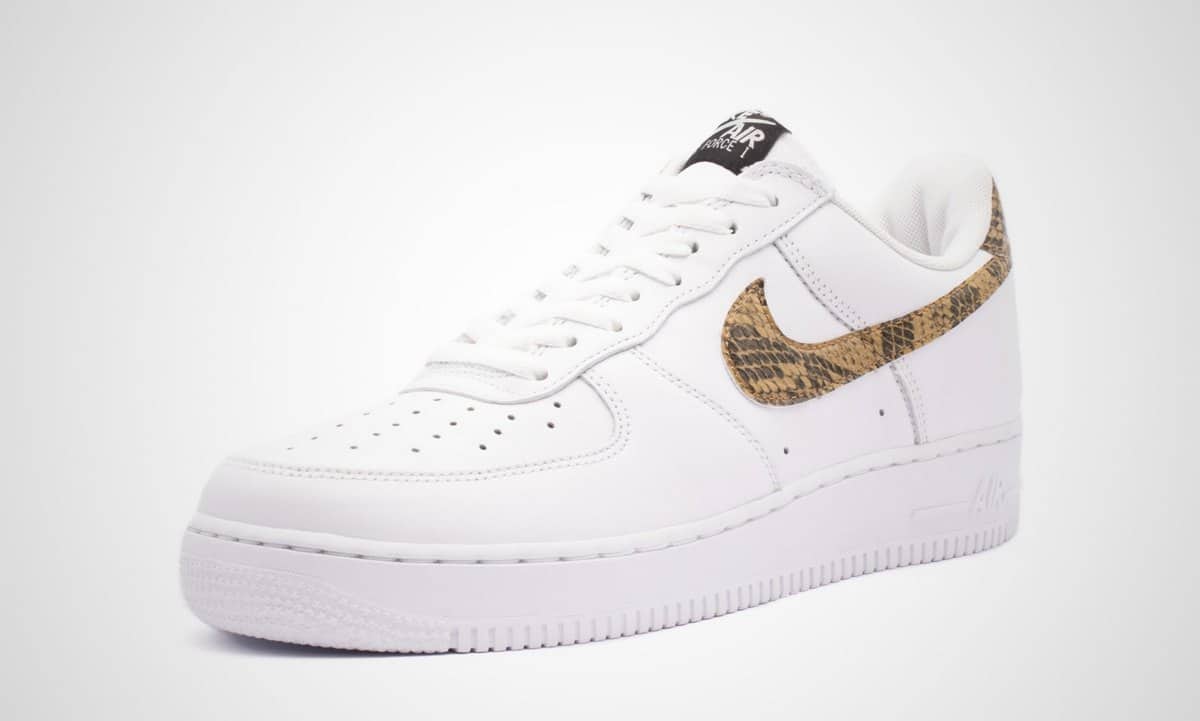 Nike’s most popular sneaker ever, the Air Force 1, is back. Since the shoe’s first apparition back in 1996 exclusive for the Asian market, there have been some changes made.

The new Nike Air Force 1 Low ‘Ivory Snake’ comes with a different shape, different materials, but the same spirit as the their old and extremely admired and most sought after sneaker. Re-releasing the sneaker has been a great move by Nike. At least in our opinion. 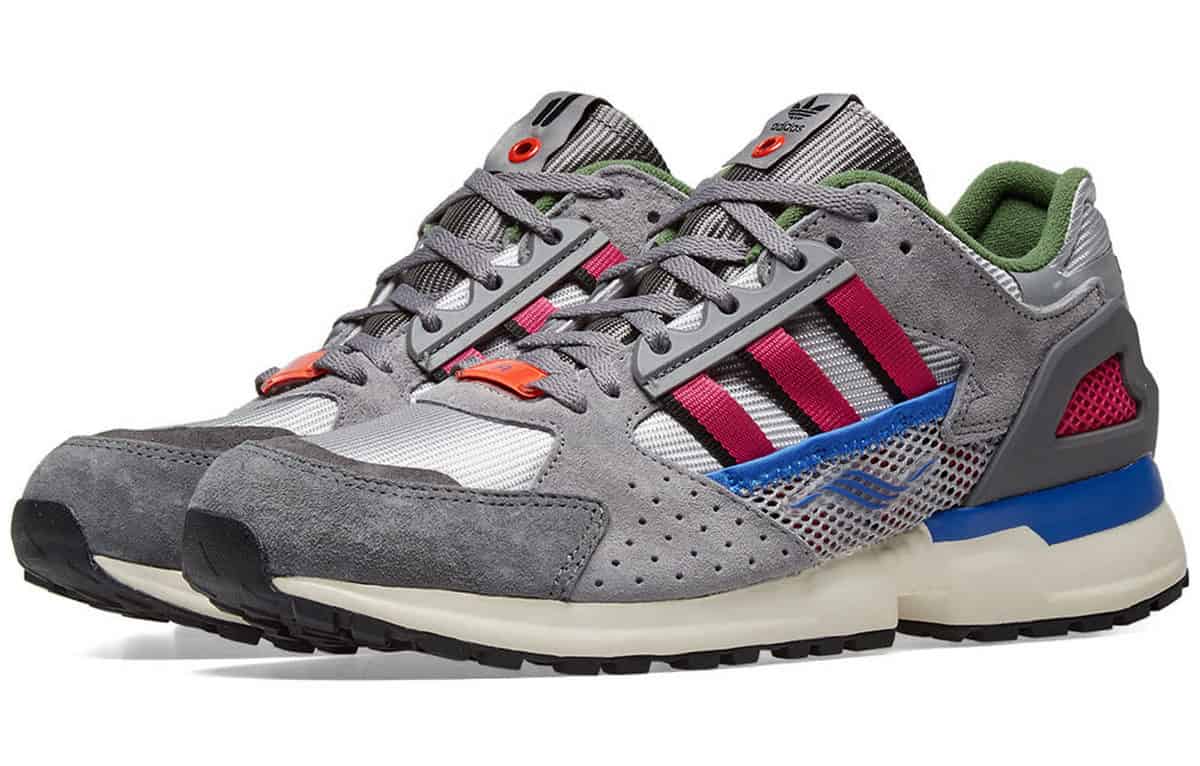 Another lucrative collaboration, this time between the Adidas Consortium and the Berlin based Overkill, has brought to life a special sneaker, the Adidas ZX 10,000C. With colors and details borrowed from the other ZX models, they’ve created a mix of some of the best colorway combinations.

The special pack features a pair of sneakers plus another single shoe in a different colorway, the three of them in an oversized box, the idea behind being that collectors would either get their hands on a second box and complete the other pair of shoes or keep the third lone one as a collectible.

With this release, their ZX family of sneakers, which never got to 10,000, is now complete. The ZX 10,000C has been designed by the same original designer and keeps the looks of the 1989 – 1990 period when the first ZX’s came out. 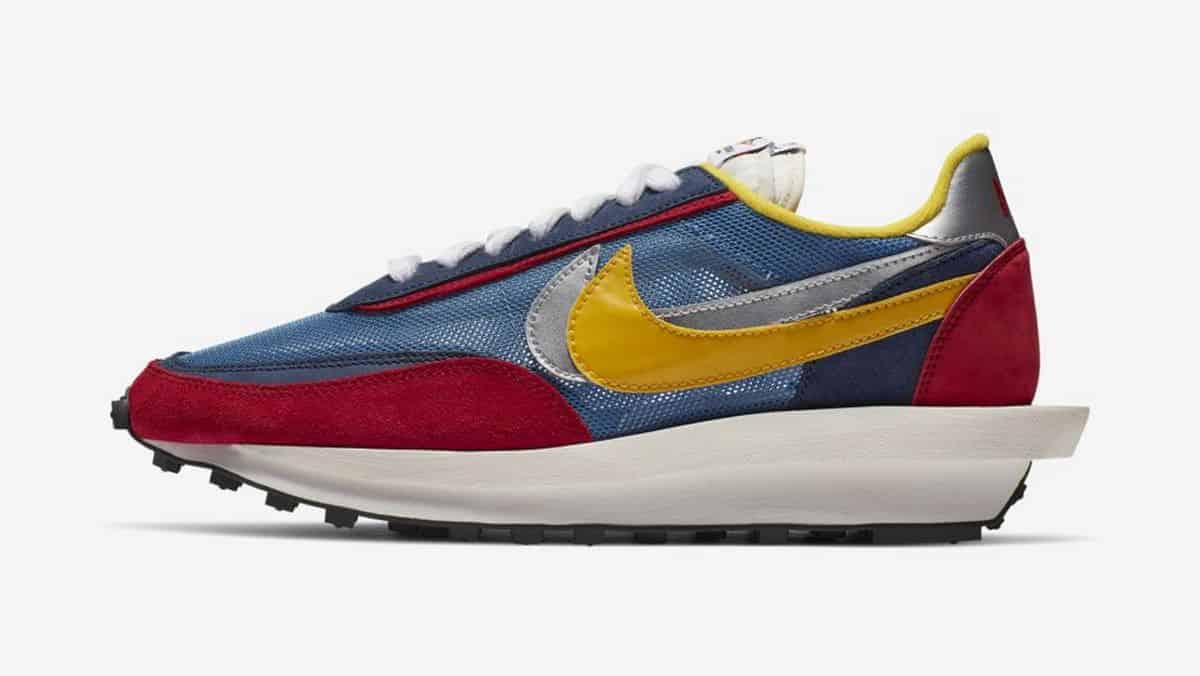 The Sacai x Nike LDWaffle mix of old and modern is a rebirth of the cool old sneakers and got everyone crazy about them. After some delays and much anticipation, they finally came in May 2019. And with a price tag of $180, they’re quite affordable. 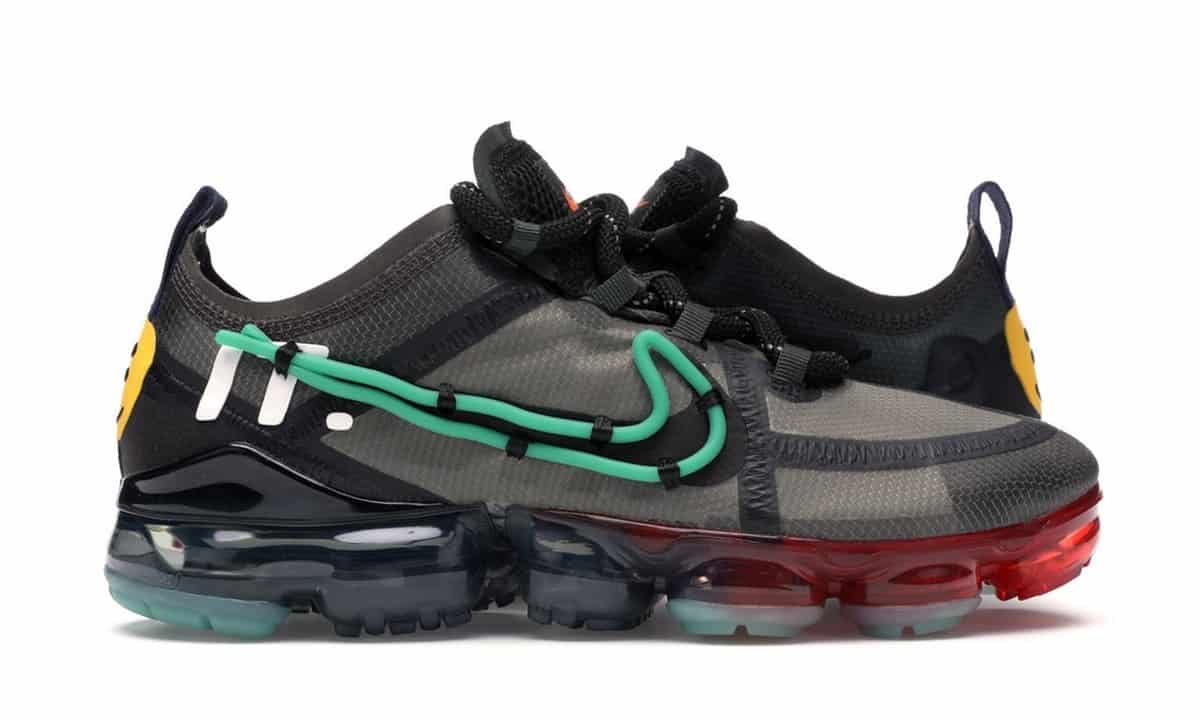 With its weird name, the lesser known Cactus Plant Flea Market streetwear brand, belonging to Cynthia Lu who managed to get a collaboration with Nike, has recently released an original twist of the Nike Air VaporMax.

While the VaporMax wasn’t the most interesting shoe for the typical consumer, Cynthia Lu and her Cactus Plant Flea Market managed to make it better. And if LeBron James wore them, we guess they’re good enough for us as well. 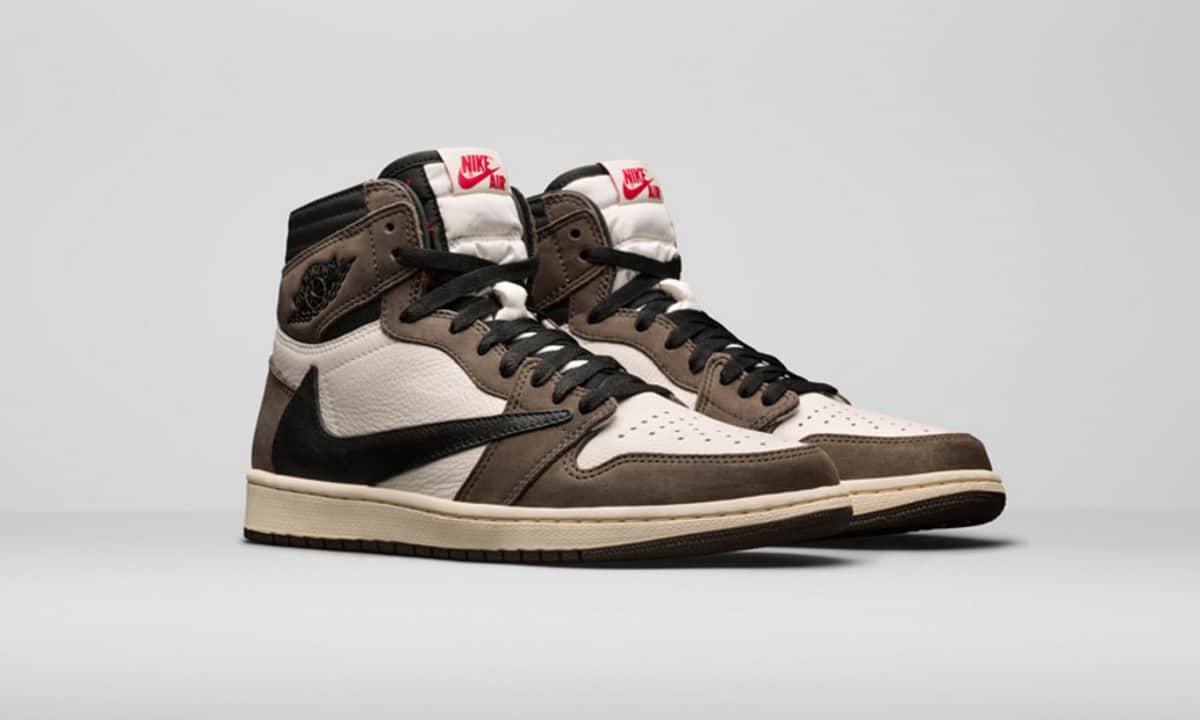 The original Air Jordan I is great. But the Travis Scott Air Jordan I is even better. That’s why we chose it as the best sneaker of 2019 up to now. We simply like Travis Scott’s flipped version of the sneaker, with their unusual and eye catching inverted Swoosh and velcro stash pocket. The brown, white and black colorway is amazing as well.

The design of the sneakers turned everyone upside down, and the high demand made them almost unavailable. Finding a pair was almost impossible, and the average resale price nears a stunning $1,000, making them one of the most valuable sneakers of 2019 so far.