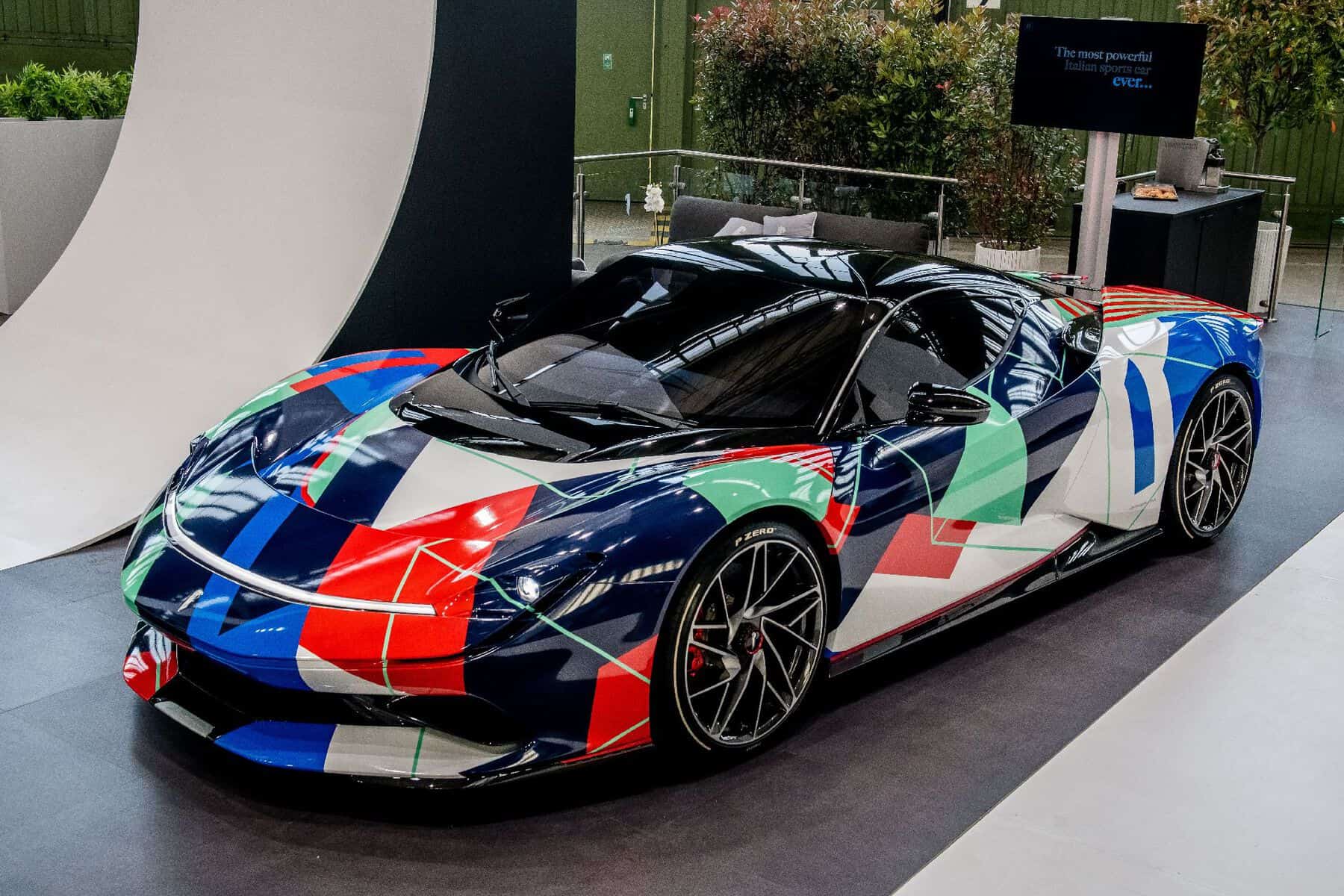 To celebrate the 500th anniversary of the death of the great Leonardo da Vinci, Pininfarina has created a unique model of their sought after Battista, which will be on display during the British Library ‘A Mind in Motion’ exhibition. The supercar was revealed a short while ago by ex F1 drivers Nick Heidfeld and Nico Rosberg.

As you can see from these photos, this unique Battista comes with a special paint scheme, with blue, white, teal and red combined in a way that makes it stand out even more. The designers from Pininfarina followed the strong principles of genius Leonardo da Vinci and put them into their work ethic to create some of the most outstanding cars the world has ever seen. 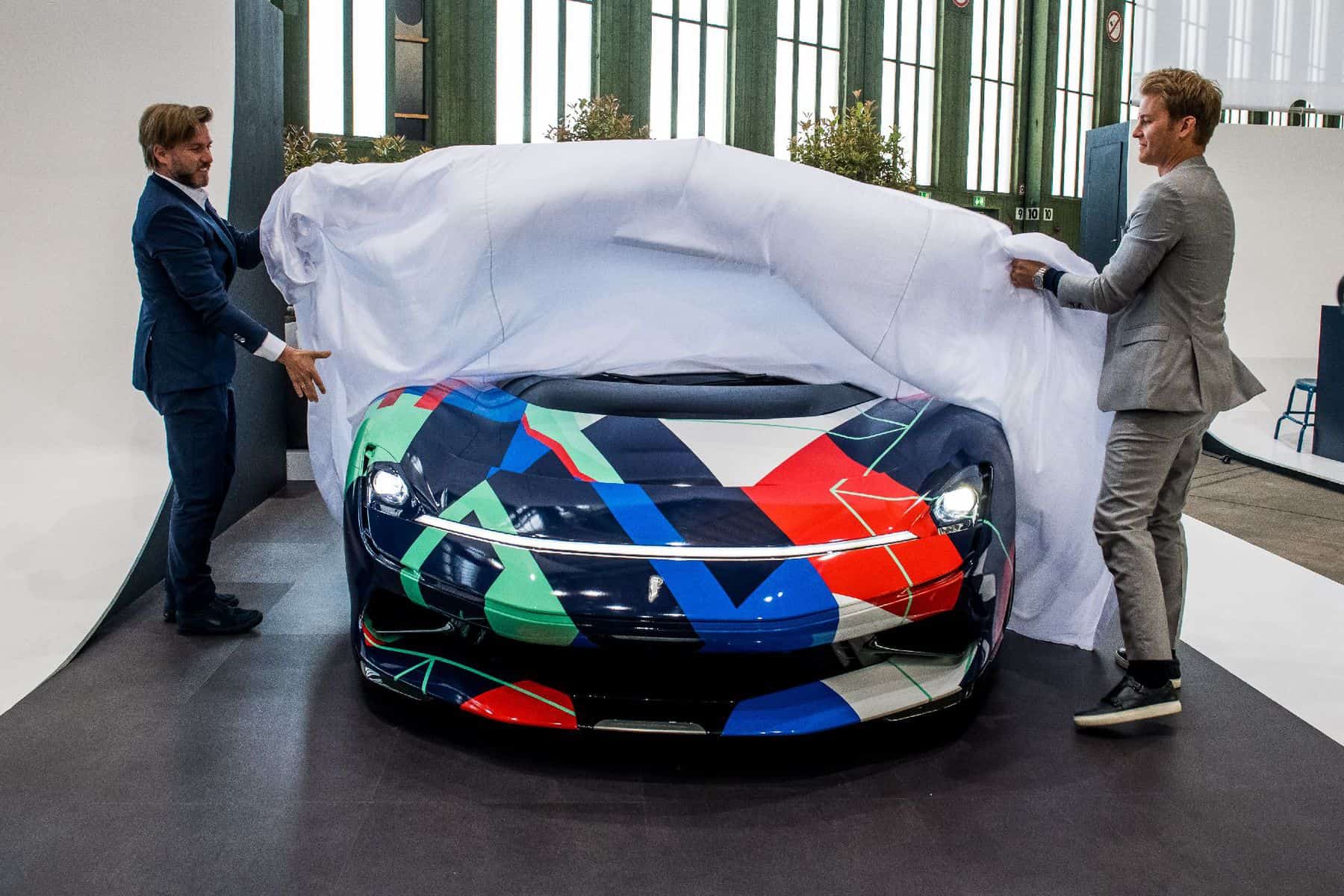 The rad Battista, first revealed at the Geneva Motor Show in March and now available for its first European orders, has put all those principles to work. The car uses the same power train as the Rimac C_Two, with four powerful electric motors and a 120 kWh lithium-ion battery in the shape of the letter T and mounted inside the center tunnel behind the seats. 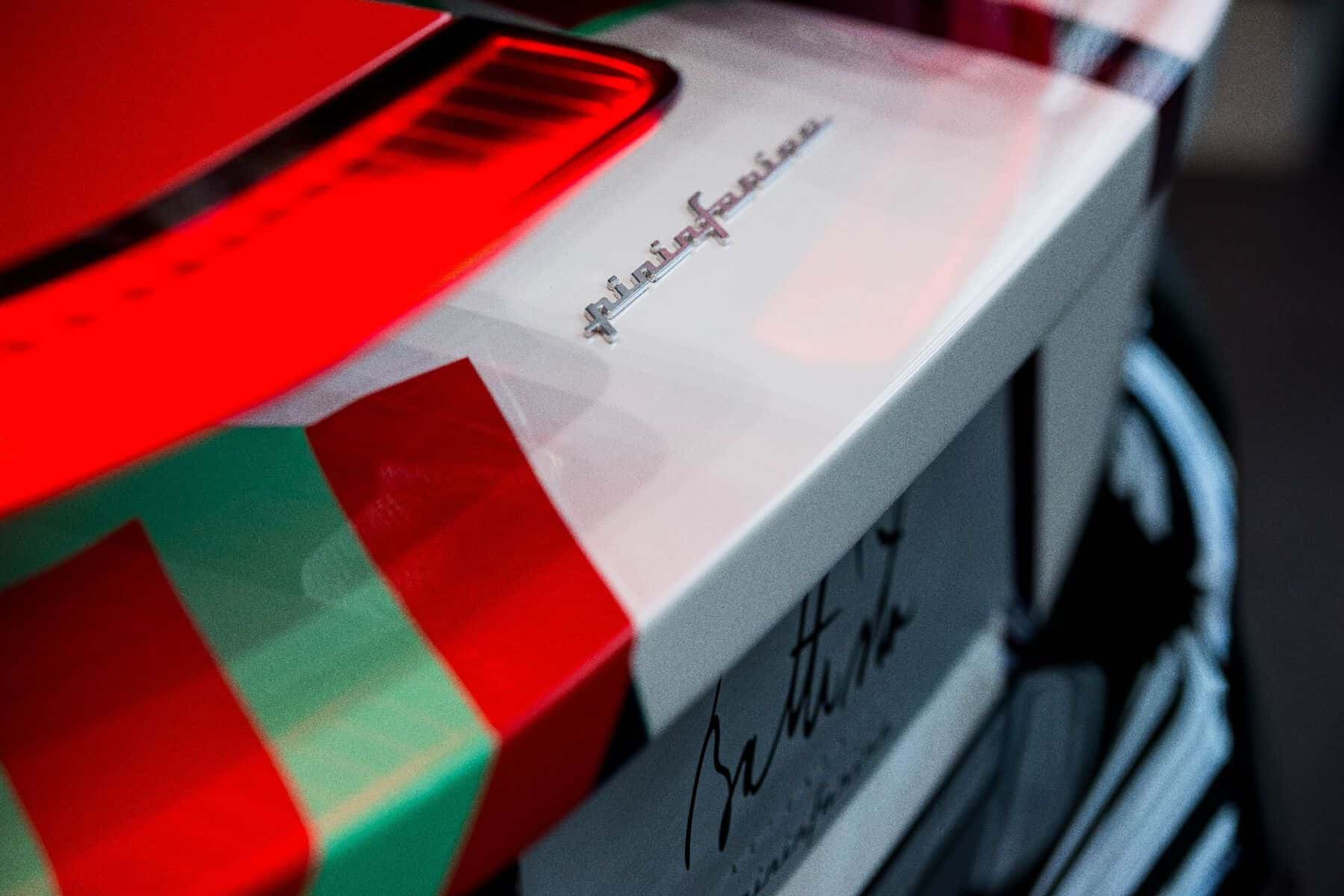 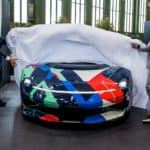 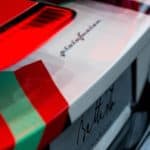 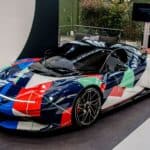 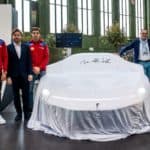