The 20 Most Expensive Lamborghini Models Ever Sold 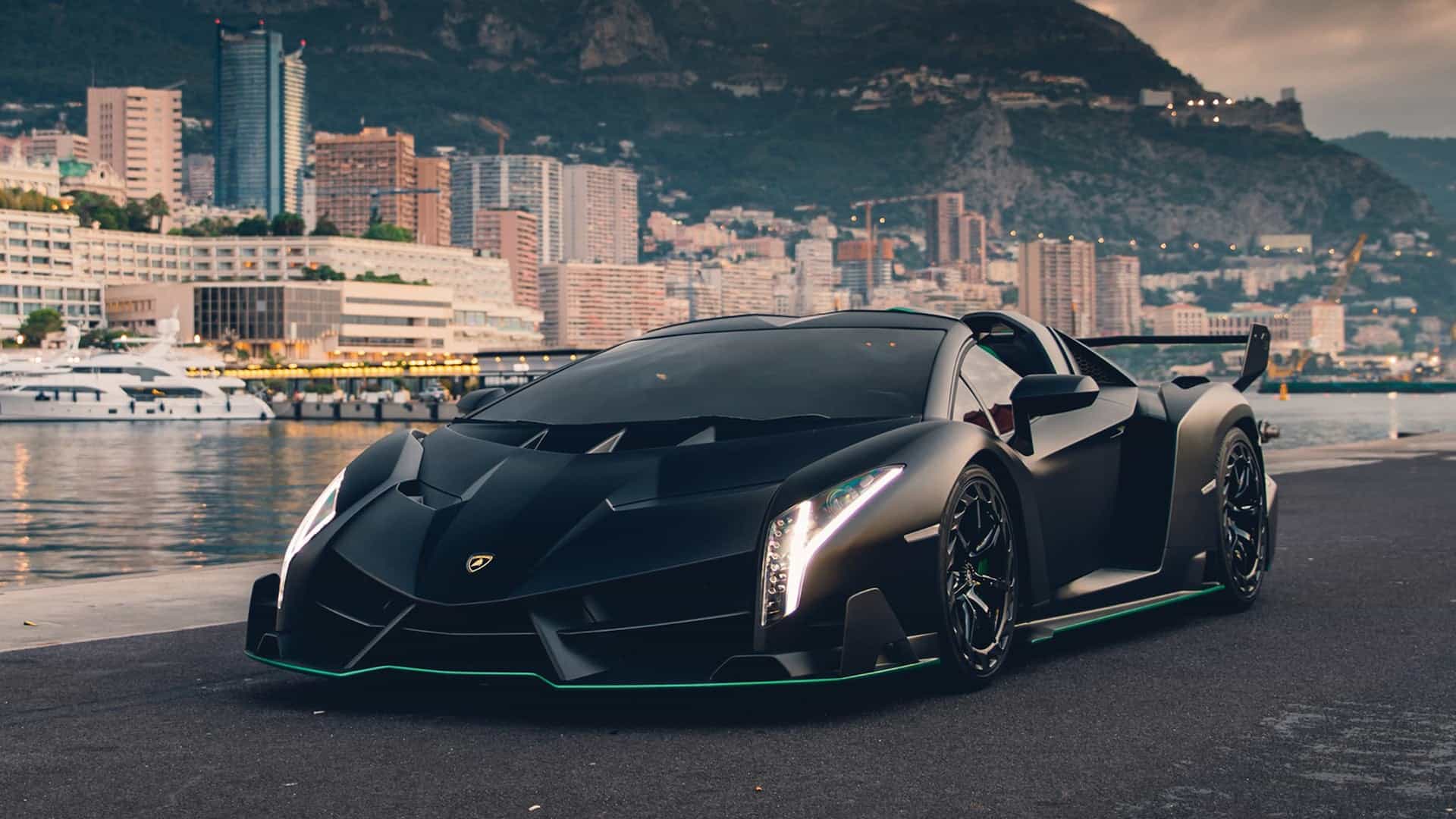 Since the invention of the automobile, we always wanted cars that would go faster and look better than anything else. These two fundamental desires proved to be the main driver of the automotive industry, and today we’ve got all kinds of vehicles and cars driving around an immense array of highways and roads all over the world.

But those desires are still there, unquenched, continuing to drive us forward in our quest for ever faster and more impressive cars.

One of those manufacturers who’s always been the tip of the spear since the origins of the automotive industry is the Italian supercar manufacturer Lamborghini.

Named after its founder, Ferruccio Lamborghini, and created to rival Ferrari, Lamborghini has always been associated with some of the most expensive cars in the world. And that’s as true today as it ever was.

Lamborghinis are luxurious, exquisite, and downright outrageous when it comes to prices. But there are a few models in Lamborghini’s lineup that have been sold for ostentatious prices during the carmaker’s long history.

Driven by curiosity, we’ve rounded up the 20 most expensive Lamborghini models ever sold. Let’s take a look. 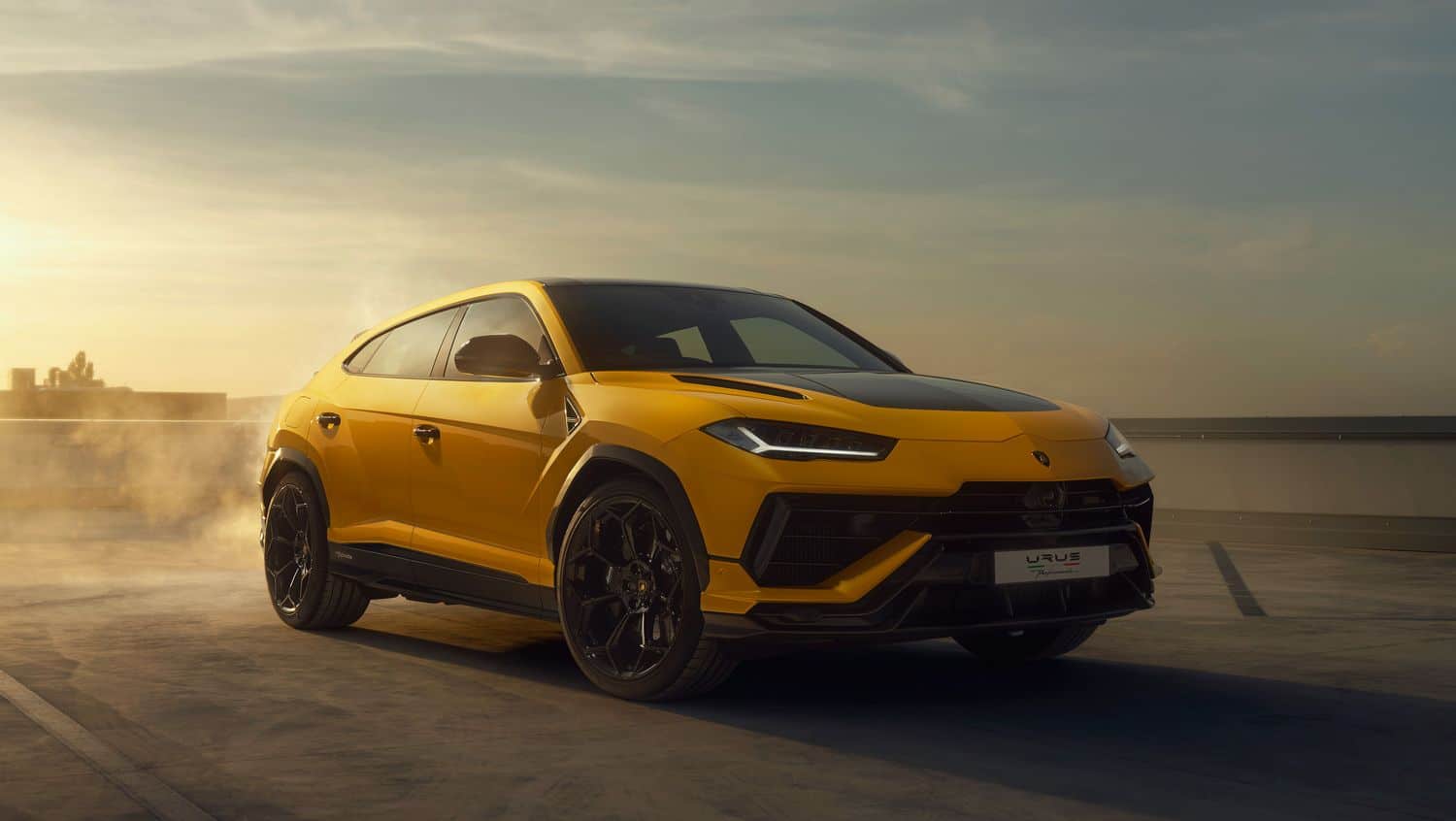 Lamborghini Urus is a modern and unusual addition to the Lamborghini family, one driven by the recent trend of luxe SUVs. The Urus managed to shame its competition with a gorgeous design and some of the best performances on the SUV market.

Powered by a 4.0 liter V8 engine, it can do the 0 to 60 mph run in just 3.5 seconds. That makes it fast, but not the fastest, though it shines when it comes to its deluxe interior and the exterior design that screams Lamborghini with each line of the chassis. 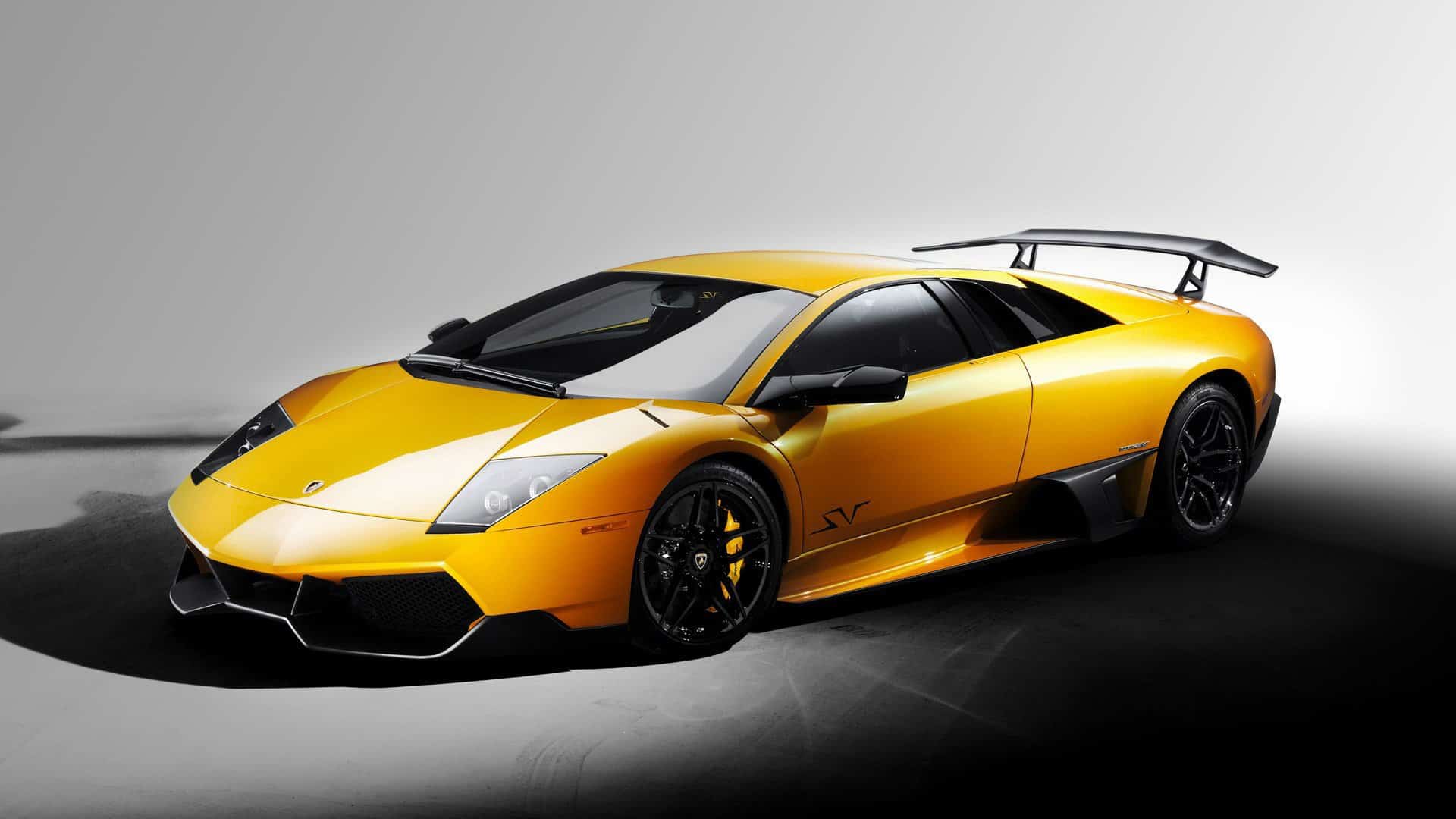 The Murcielago was one of the fastest production cars of its time, and still beats many of the competition even today. It came out in 2001, and was discontinued in 2011, when the Aventador was born.

The Lamborghini Murcielago is famous for its scissor doors, superb design, and its powerful engine, able to push it from 0 to 60 in 3.4 seconds, which is a feat even today, after more than 20 years from when its wheels first touched the asphalt. 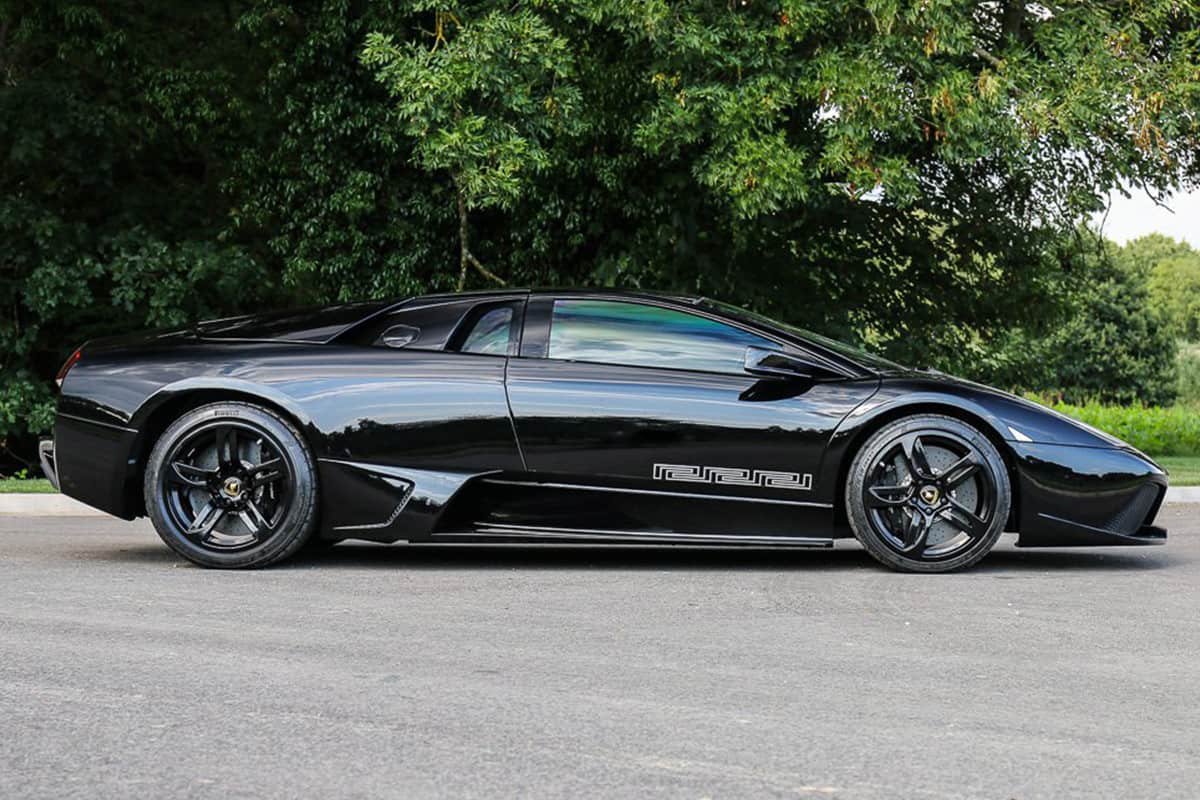 The result of a unique collaboration between Lamborghini and the legendary fashion house Versace, the Murcielago Versace Edition was a 20 unit limited edition that featured a white painted body and Versace’s meander print on top.

The car was a success, with one of them selling for $710,839, which is quite a huge difference for what’s merely a different paint scheme and some performance upgrades on the standard Murcielago. 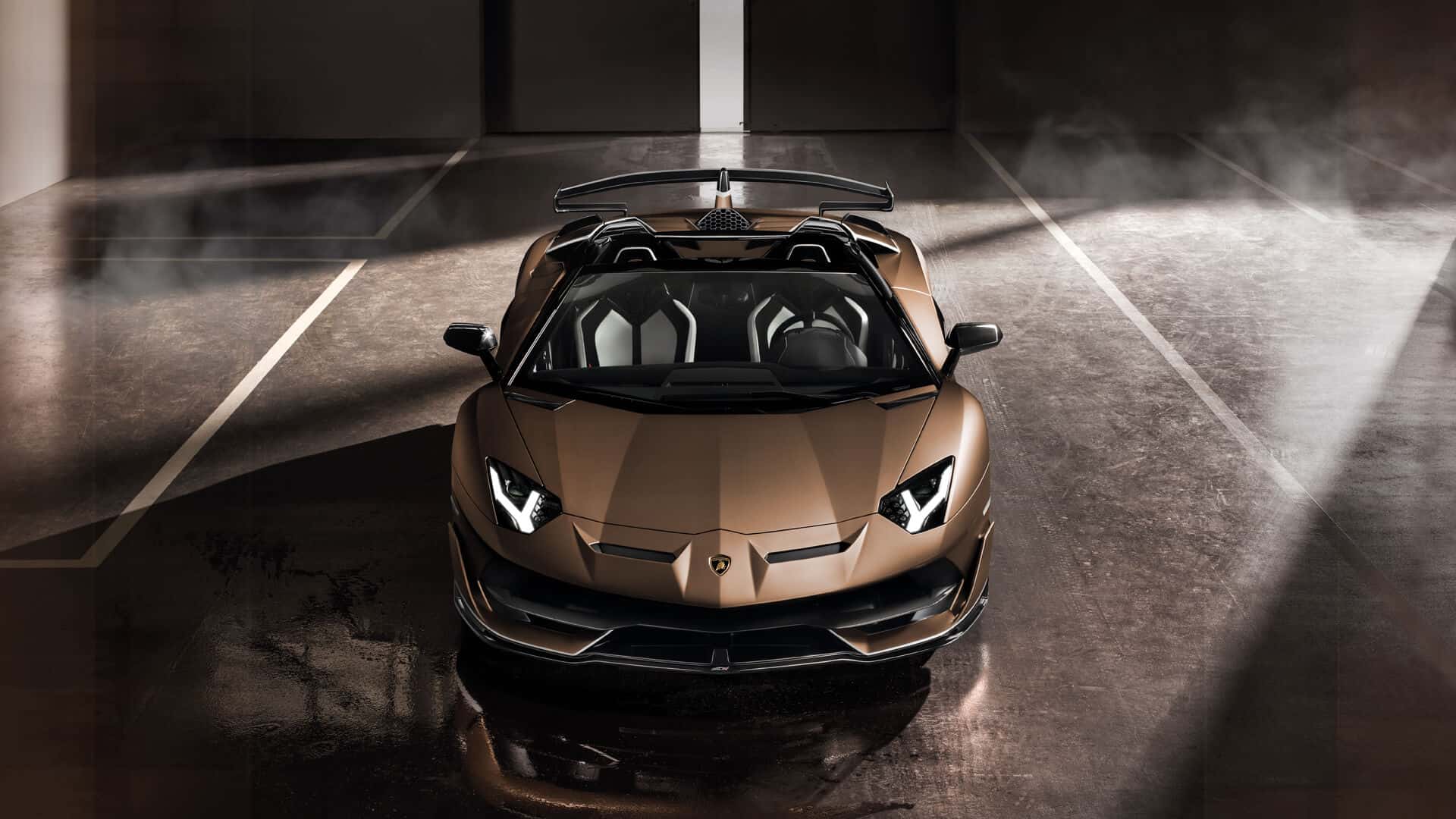 The Lamborghini Aventador Roadster SVJ (Super Veloce Jota) is a rare sight in the automotive world. The SVJ Roadster variant of the Aventador came out in 2019, as a limited production run of only 800 units.

Besides the impressive road manners and raw power, the Aventador SVJ Roadster comes with a rare golden color that turns heads everywhere it goes. 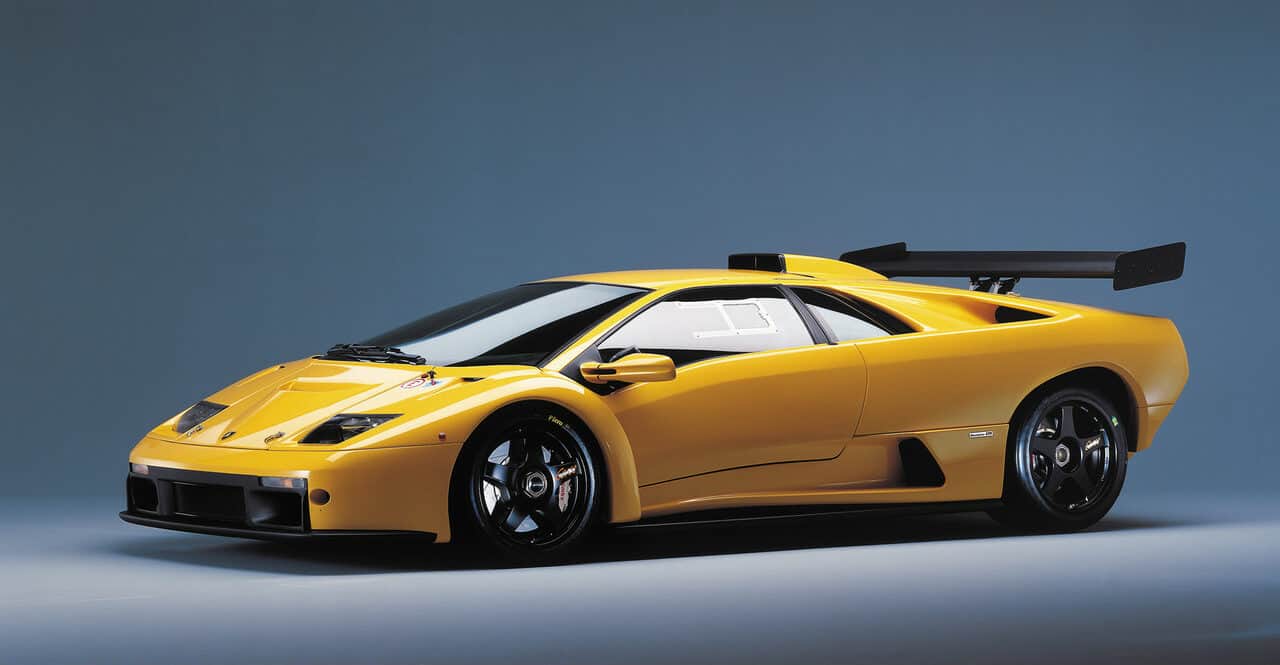 The Lamborghini Diablo is another legend of times past, one of the most prized cars the company ever made. It became their flagship car when it first hit the road in 1990, and saw an instant rise in popularity among automotive fans from all over the world, quickly becoming one of the most popular cars of all time.

The Diablo was on top of the market up until 2001, when Murcielago came out. Even today, it garners a lot of attention and praise, and a whooping price tag. Back in 2018, a well taken care of Lamborghini Diablo, with little mileage, was sold for $1 million. 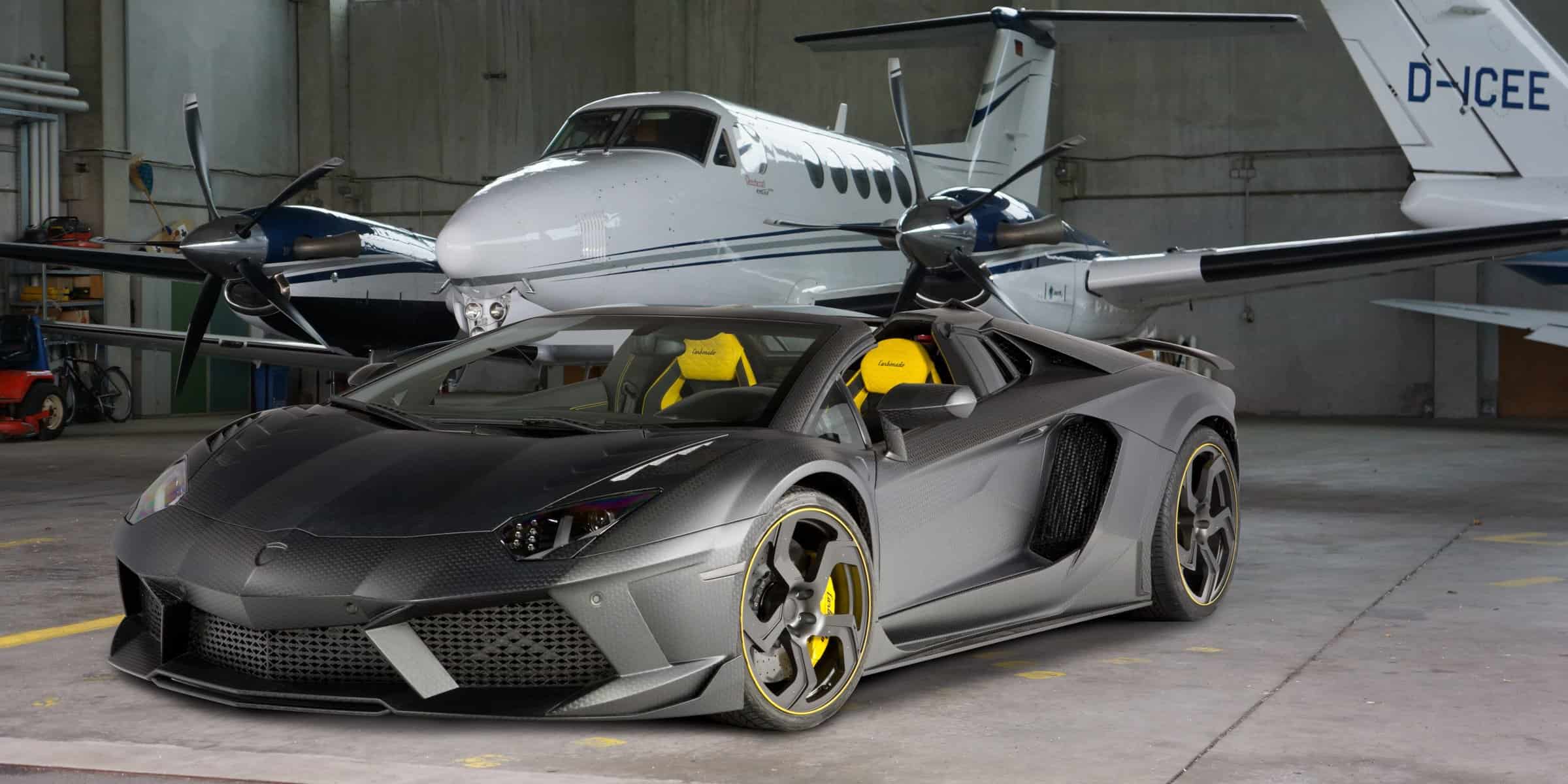 The German luxury car brand Mansory took a Lamborghini Aventador SVJ Roadster and transformed it into the Mansory Carbonado Apertos. The transformation came with a twin turbo upgrade for the engine, pushing the 6.5 liter V12 to a jaw dropping 1,250 horsepower and 900 pound-feet of torque.

Besides that, the body received an upgrade as well, in the form of matte carbon fiber, which makes it look more stealth fighter jet than supercar. The interior wasn’t spared, and was upgraded with black and yellow leather and detailed stitching.

The Carbonado Apertos can now sprint from 0 to 60 mph in only 2.8 seconds, and reach a top speed of 236 mph. But what’s even more impressive is the price one of the three ever made was sold for, $1.6 million. 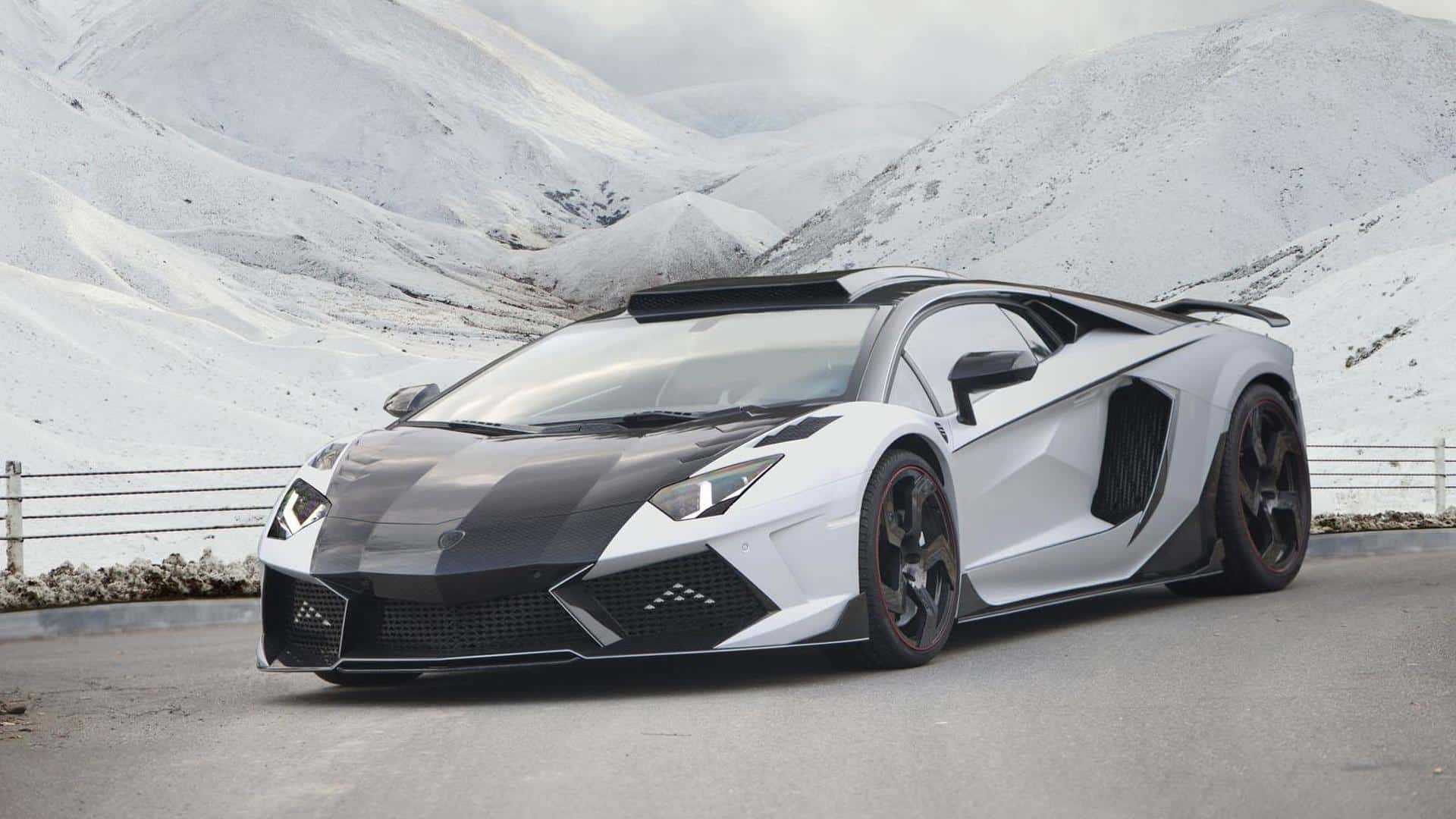 There’s an even better Mansory Carbonado, the GT variant, one which sold for a cool $2 million.

What those money bought is an upgraded twin turbocharged 6.5 liter V12 able to unleash an incredible 1,600 horsepower on the road. The interior received premium leather upholstery in two tones, carbon fiber trim, and contrast stitching, to match the sportiness of the car.

And if that’s not worth those $2 million, we don’t know what is. 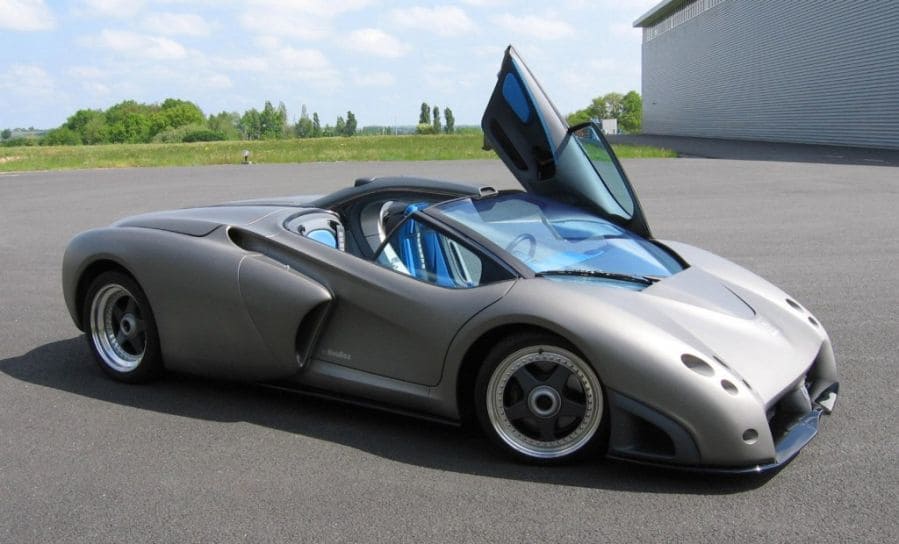 Unveiled back in 1998 at the Paris Motor Show, the Lamborghini Pregunta concept car, based on the older Diablo, using the same rear wheel drive and the 530 hp 5.7 liter V12 engine. It draws inspiration from the aerospace industry, was made mostly from carbon fiber, and instead of the usual mirrors, it has cameras. The interior is lighted with optical fiber only.

This prototype was the last car produced by Lamborghini before being acquired by the Volkswagen group. It never went into production, but sold for a good $2.1 million in 2013. 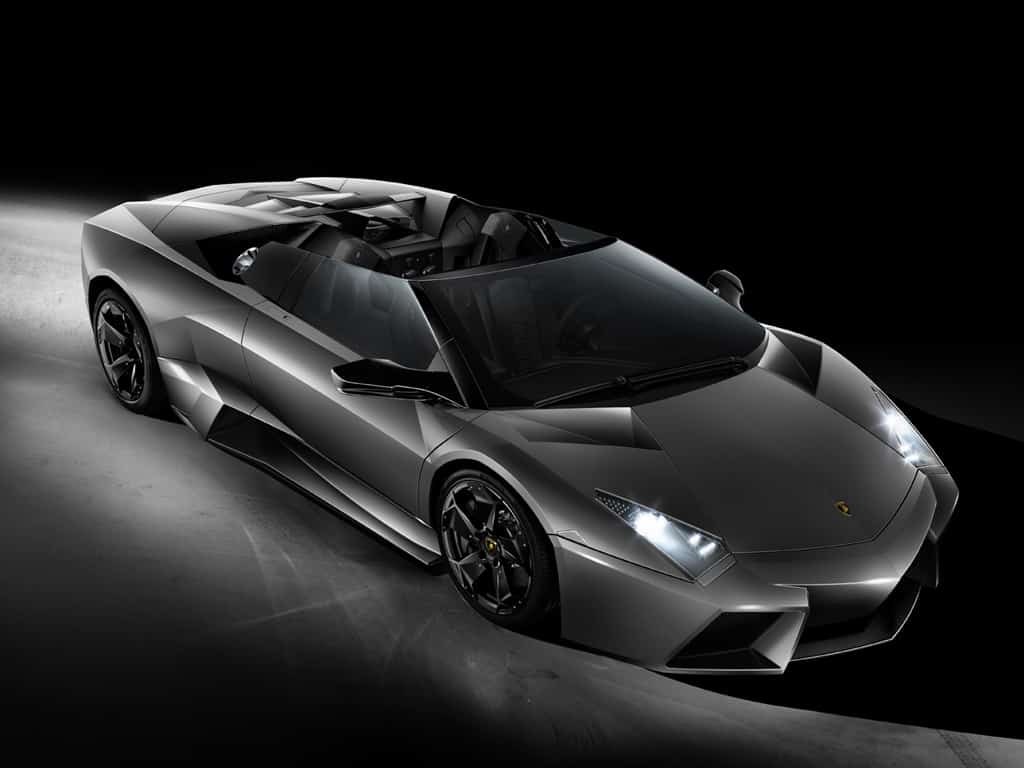 Only a total of 21 were produced, one of them specifically to be displayed in the company’s museum.

The car was first seen at the Frankfurt Motor Show in 2009, and impressed the audience with its astonishing appearance, especially inside. The interior continues the stealth fighter jet theme, with multimode LCD screens in aluminum and carbon fiber cases, G-force meter, plus posh leather upholstery and contrast stitching.

All cars were sold, and the price was $2.2 million. 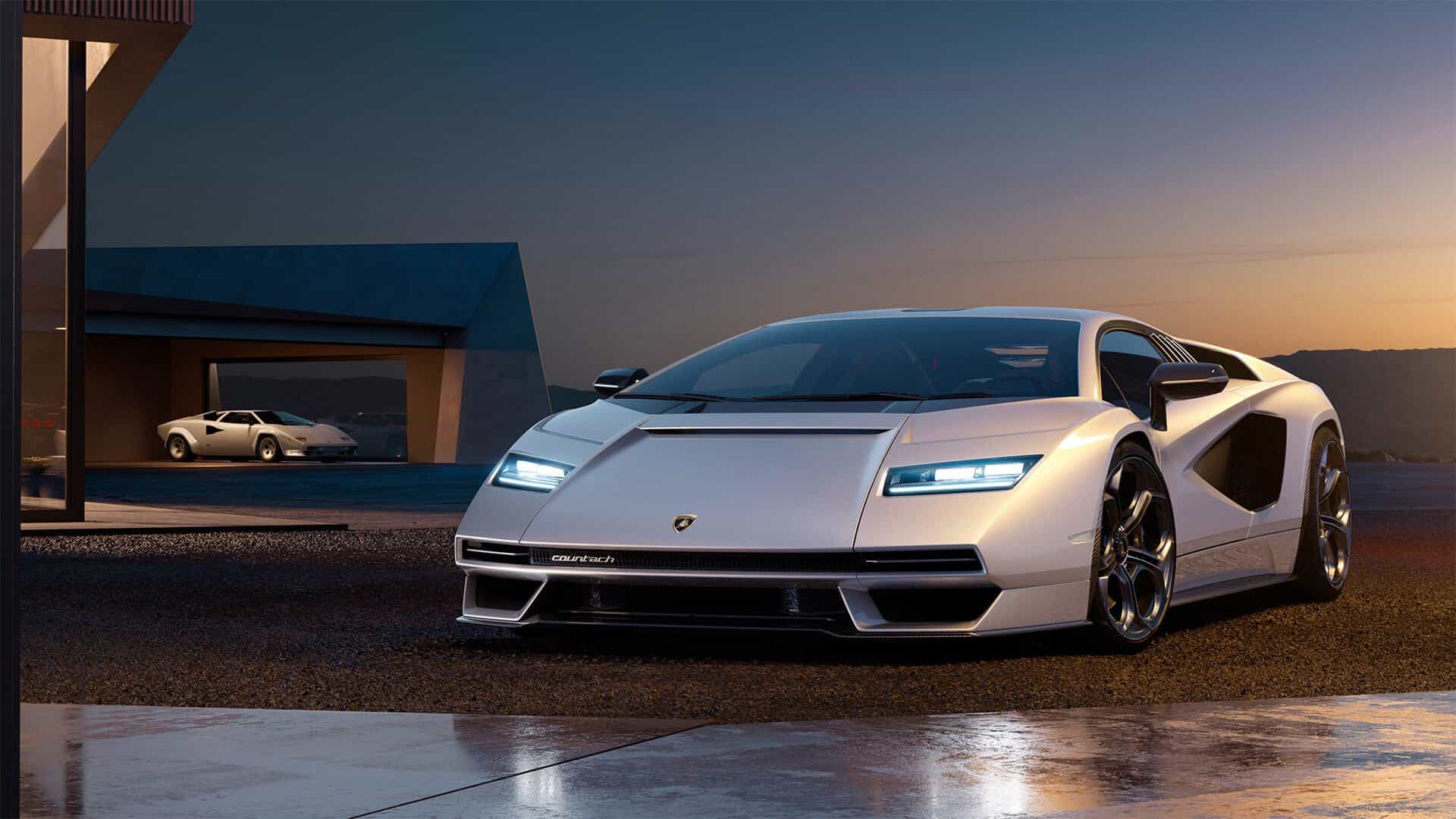 Born in 1974, the Lamborghini Countach was an instant hit. Incredibly beautiful, and with a novel, never before seen aesthetic for those times, the Countach became many people’s favorite car. Few could afford it, while most would just put up posters of it on their walls at home and their offices.

While the initial model was produced between 1974 and 1990, the Countach was resurrected by Lamborghini this year. So, 2022 saw a limited edition of the legendary Countach, one that could go from 0 to 62 mph in just 2.8 seconds, equipped with a V12 that generates 802 horsepower.

The price tag for this resurrected icon rises to $2.6 million. And all of them have already been reserved. 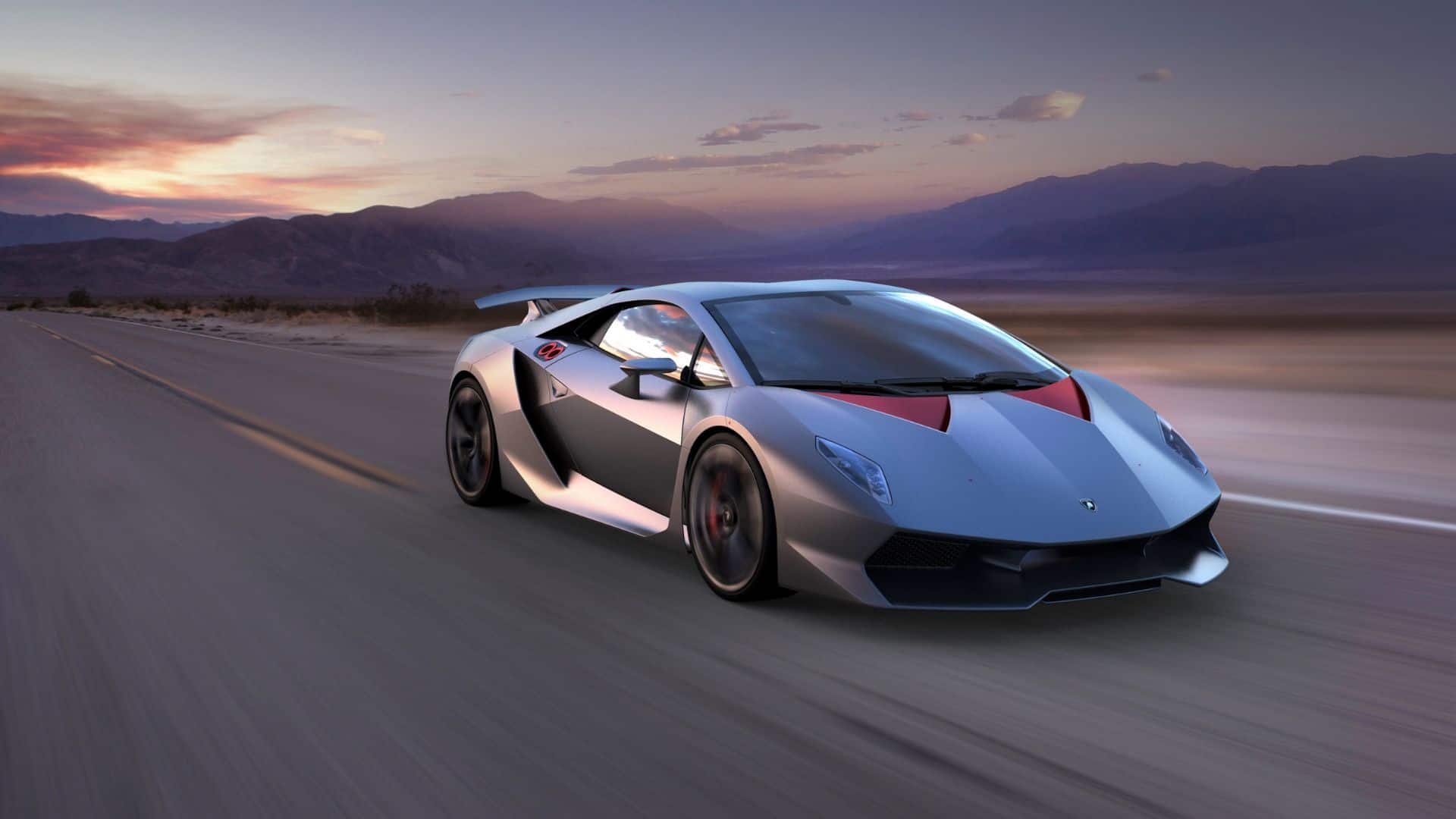 Named after… carbon, the Lamborghini Sesto Elemento (Italian for sixth element, which in the periodic table is carbon) features a full carbon fiber construction, which brings its weight down to an incredible 2,200 pounds, or 998 kg, just short of a ton.

The limited edition track only car was sold faster than anyone could have dreamed, and the price of $2.8 million didn’t seem too much for the car’s new owners. 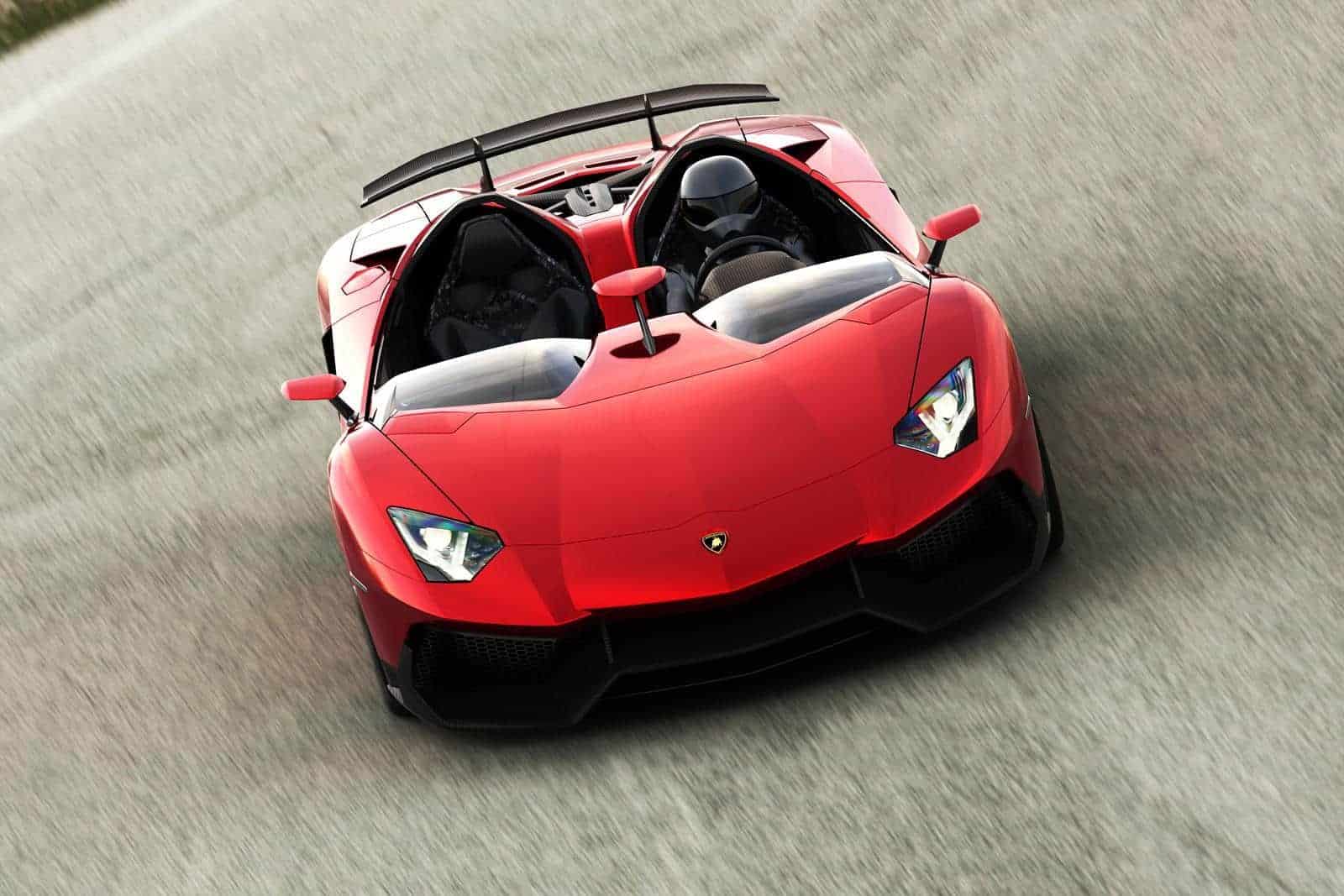 The Lamborghini Aventador J might be just a concept car, but that didn’t stop Lamborghini to sell it to a private buyer for $2.8 million before even being revealed at the Geneva Motor Show in 2012.

The Aventador J isn’t your typical car, as it comes without all the creature comforts we’ve been used with. There’s no windshield, no roof, no windows, no air conditioning and radio, and nothing to care about but its sheer power and the fun driving it.

It’s equipped with a 6.5 liter V12 engine capable of 700 horsepower, which is delivered to the 20″ and 21″ wheels through a single-clutch transmission. 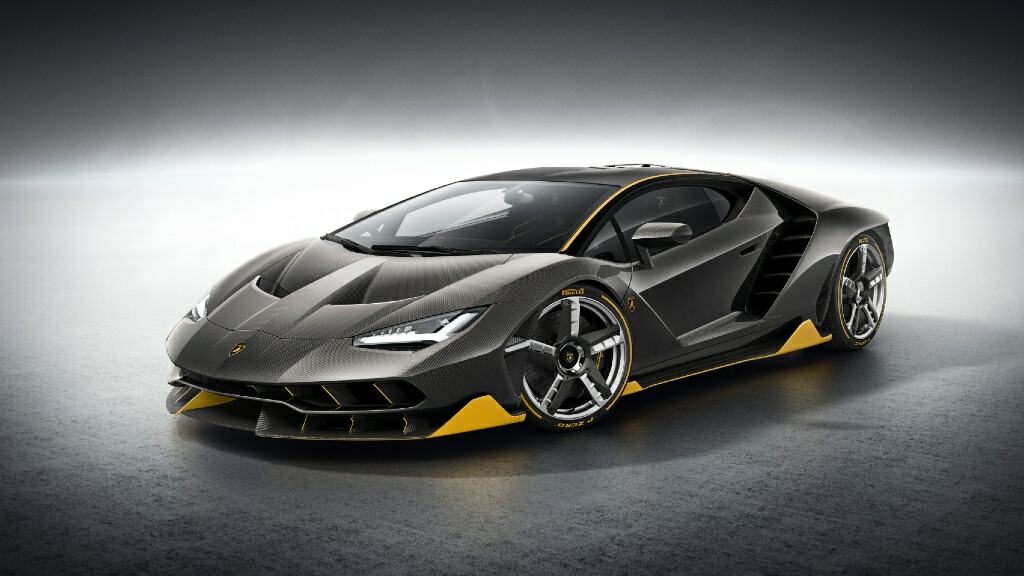 Another limited edition Lamborghini, the Centenario was revealed in 2016 at the Geneva Motor Show. It boasts a 6.5 liter V12, is able to run the 0 to 62 mph in 2.9 seconds, and it’s an extremely beautiful and unique creation.

Lamborghini wanted to honor the company founder’s 100th birthday, so they created the Centenario, hence the car’s name. It was sold for $2.9 million. 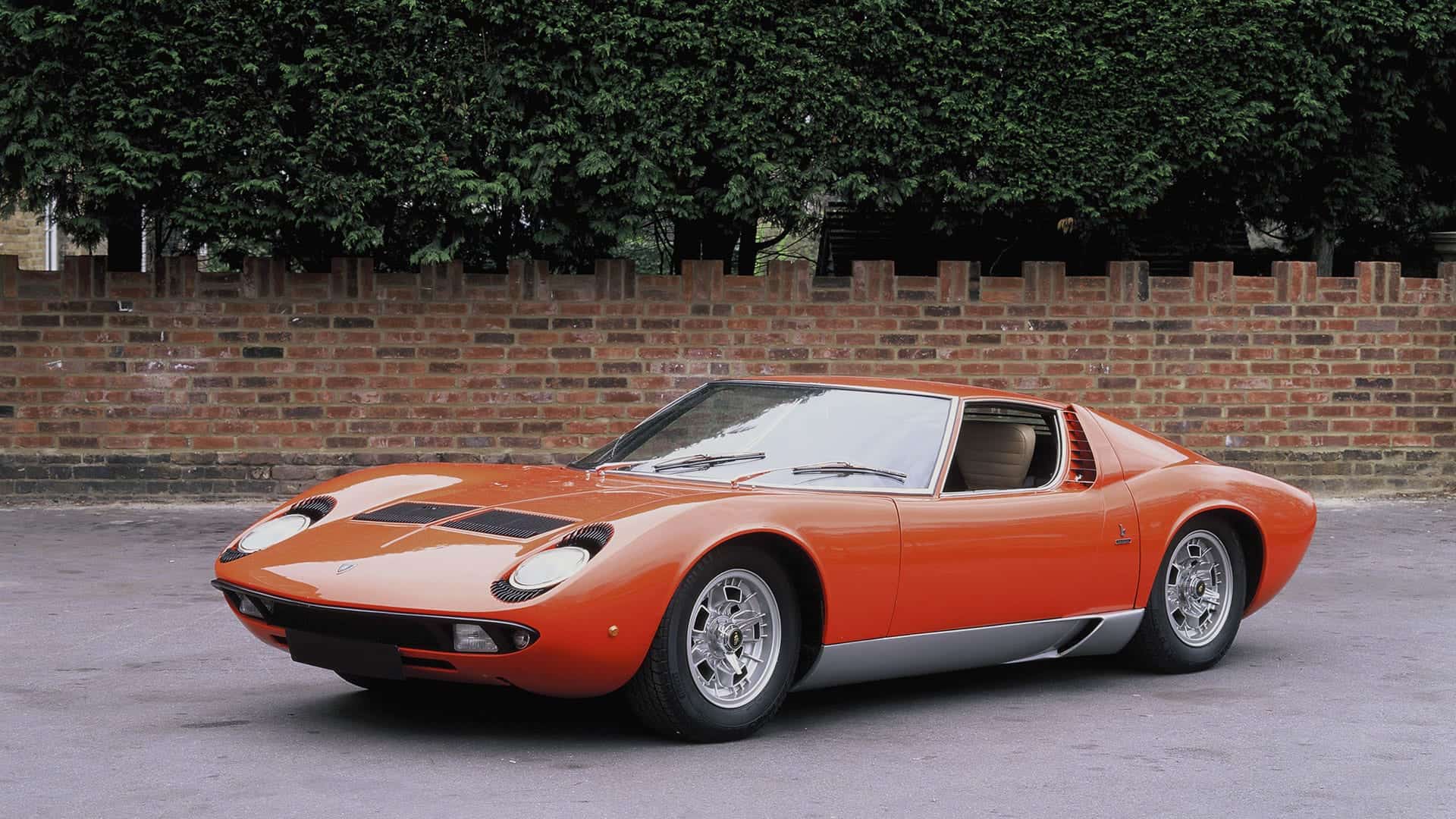 The Lamborghini Miura Concept car was unveiled in 2006, to honor the 40th anniversary from the introduction of the original Lamborghini Miura back in 1966. The modern iteration of the Miura brings an advanced all wheel drive system, wider body, lower side intakes, rising rear spoiler, and brushed aluminum louvers.

The original variant of the Miura was the fastest street legal car in production when it came out in 1966, as a response to Ferrari’s 250 GTO. There were only 150 models ever produced.

While the concept car is kept in the Lamborghini museum in Sant’Agata Bolognese, in Italy, a used Lamborghini Miura in excellent condition sold for $2.9 million in 2021. 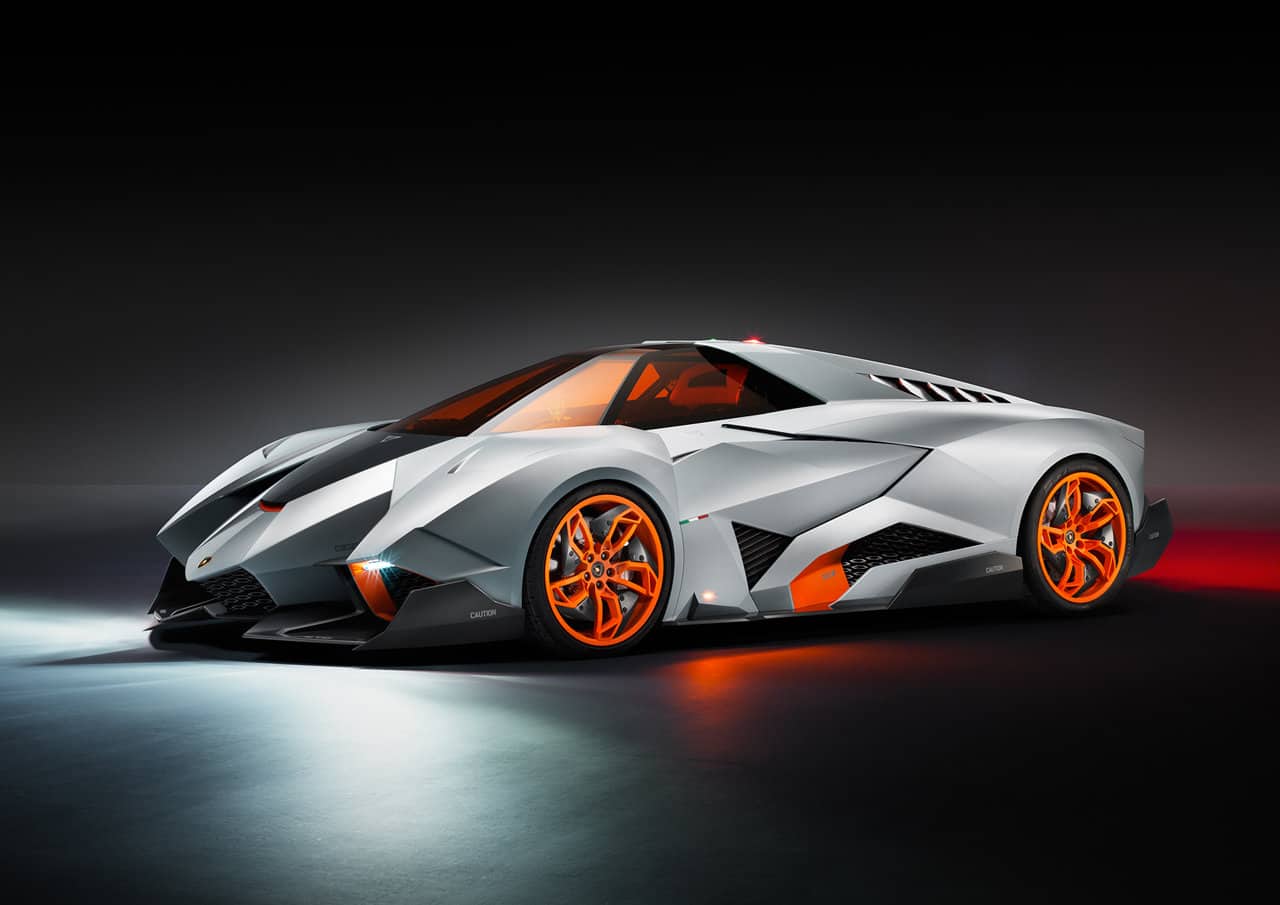 The Lamborghini Egoista is a concept car based on the Gallardo, which features a unique one seat cockpit that resembles that of a fighter jet. The body and wheels were made from radar absorbing material like the one used on stealth fighters. The car was revealed for the company’s 50th anniversary, and the name ‘Egoista’ signifies hedonism take to the extreme. 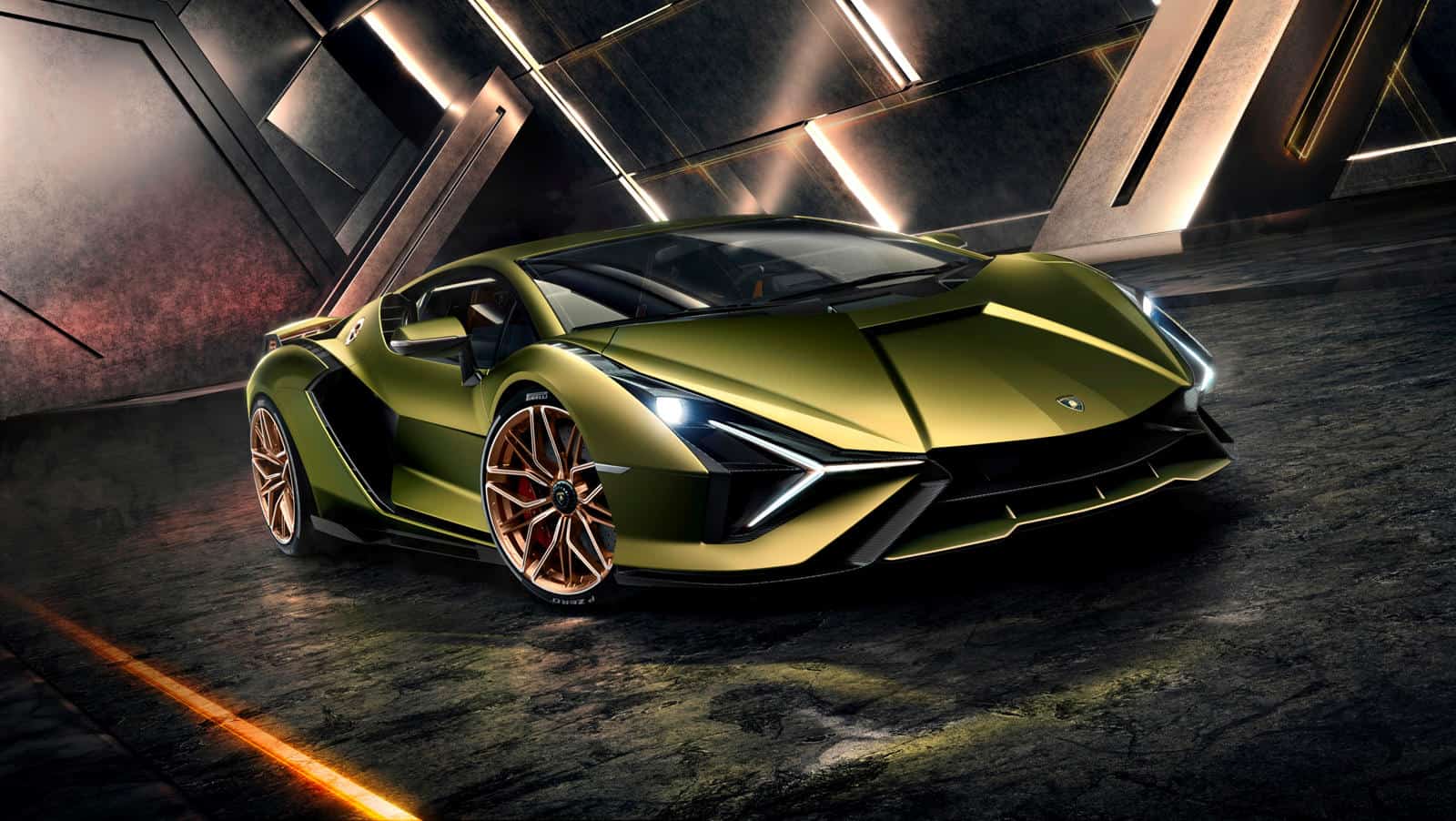 Though less popular than other models in this list, the Lamborghini Sian is the first hybrid sports car made by the Italian super car manufacturer. It took the automotive world by storm, and the industry immediately started talking about it.

The exterior of the Sian looks absolutely gorgeous, and it’s part of what sets the price for this beauty at $3.6 million. 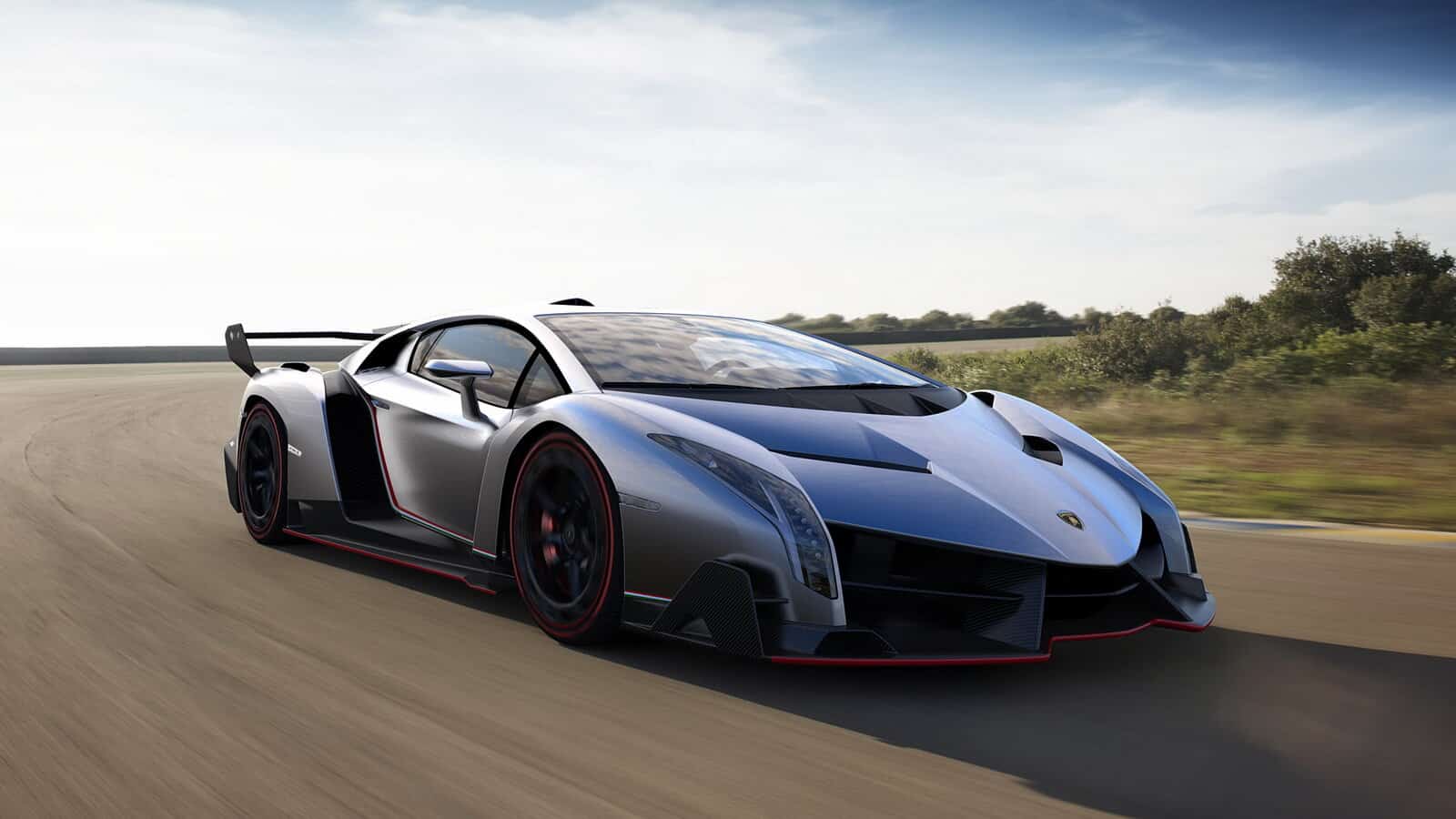 The Veneno is another one of Lamborghini’s celebrations honoring its 50th anniversary, unveiled at the 2013 Geneva Motor Show. Based on the Aventador, the ravishing Veneno comes with a 6.5 liter V12 engine, with a 740 horsepower output, able to rocket from 0 to 60 mph in only 2.8 seconds, and reaching a top speed of 221 mph.

The Lamborghini Veneno was priced initially at $4 million, but it was purchased in the end for $5.3 million, making it one of the most expensive Lamborghinis ever sold. 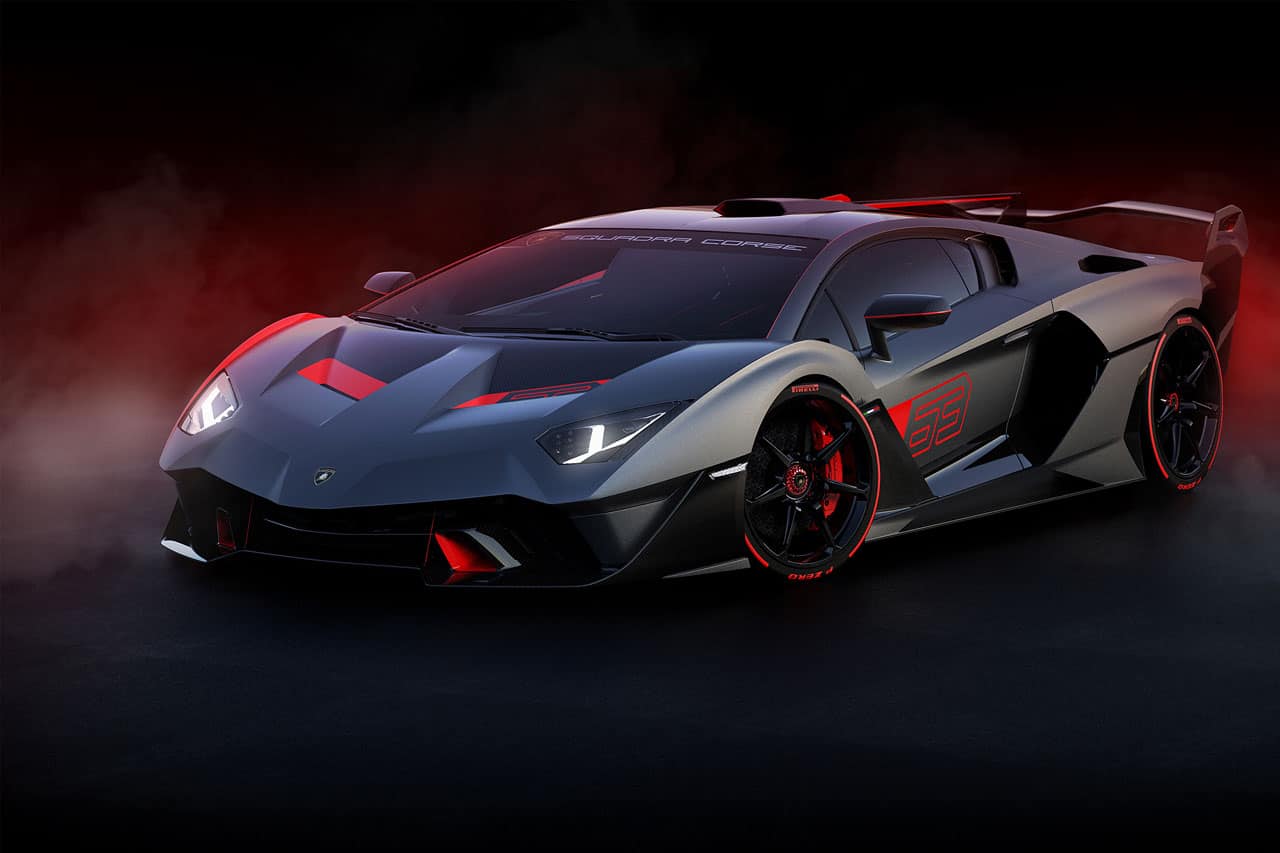 The Alston is based on the Huracan GT3 Evo and the Super Trofeo Evo, and boasts impressive aerodynamics, on top of the powerful 6.5 liter V12 engine. 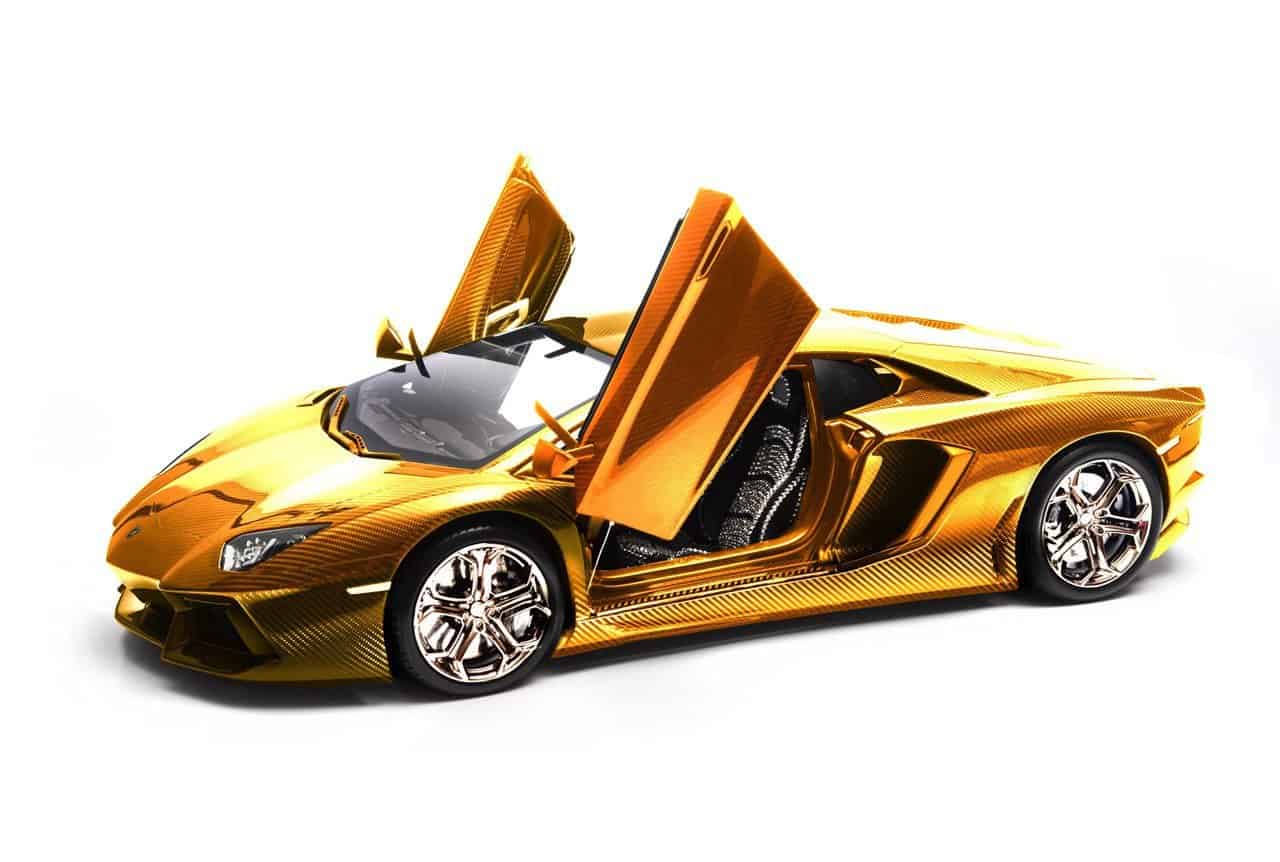 The Aventador was a very successful series for Lamborghini, and the Aventador LP took things to a new level, with the same high performance 6.5 liter V12 engine and a more extreme look. But here we have a version of that supercar that’s even more special.

Albeit this is not a real car, but it’s a spectacular 1:8 scale model of the Lamborghini Aventador LP that was carved out of solid gold and sold at an auction for a whopping $7.5 million in 2021. 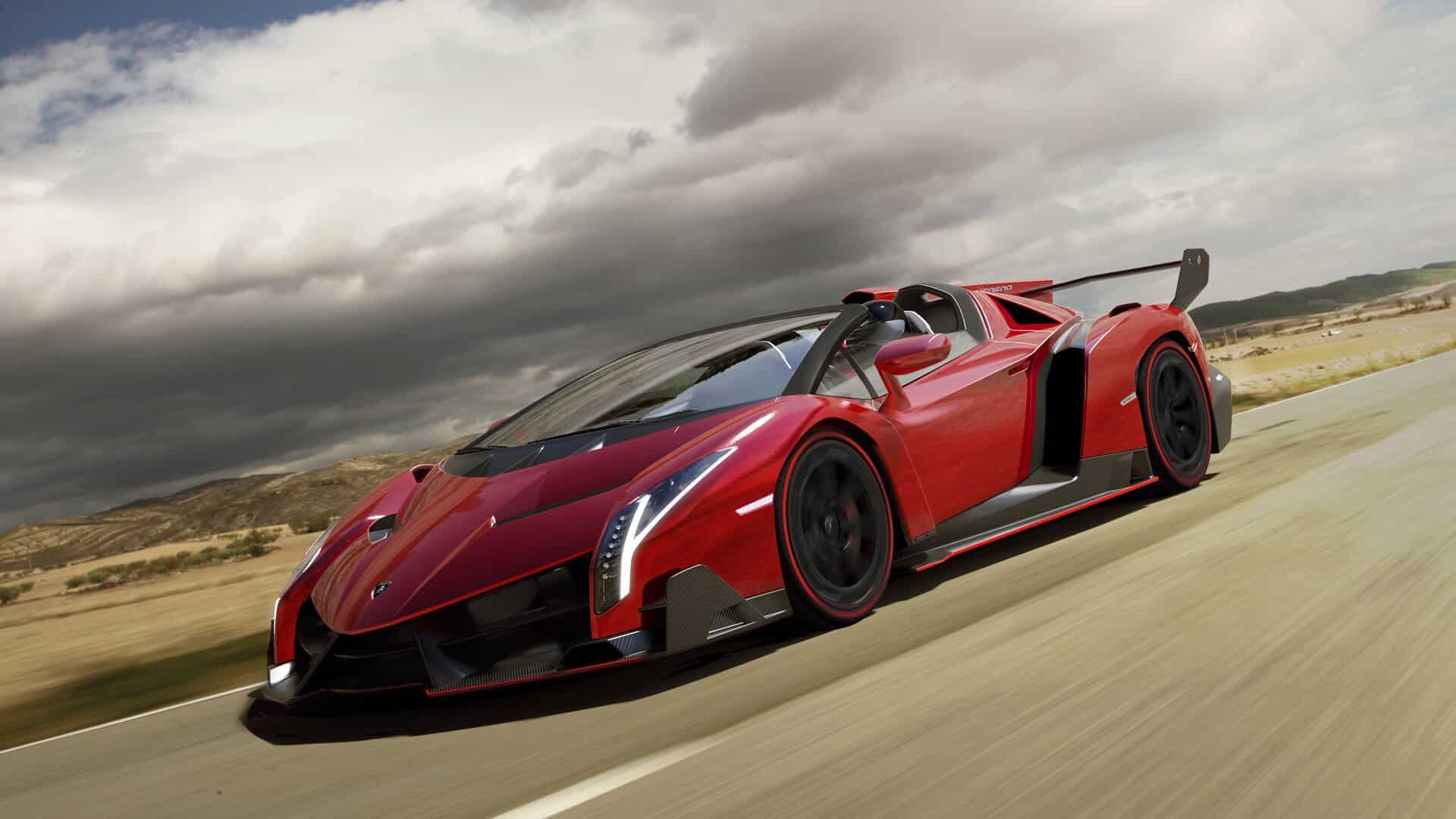 The Lamborghini Veneno Roadster was the most expensive Lamborghini ever sold by the company from the get go. It’s starting price was ‘only’ $4.5 million.

But there’s one specific Veneno Roadster that broke all the records and was sold for an almost double price of $8.3 million. And that’s probably only the beginning, because there are only 9 Lamborghini Veneno Roadsters in the entire world.

The car has the same 6.5 liter V12, mid mounted, generating 750 horsepower, able to sprint from 0 to 60 mph in 2.9 seconds, and looking outrageously good.

There you go, these are the most expensive Lamborghinis ever sold. Some are simply unique, while others have gained a lot in value over time, especially if they were kept in perfect condition.

One thing is certain: a Lamborghini isn’t your average car, and doesn’t follow the same price trends that are governing the used car market worldwide. And if we’re going to believe our hunch, Lamborghini prices will continue to go up even more.

Tags:
Previous Article
Types of Watches: A Comprehensive Guide to All Watch Styles
Next Article
25 Best Pet Friendly Hotels in the US