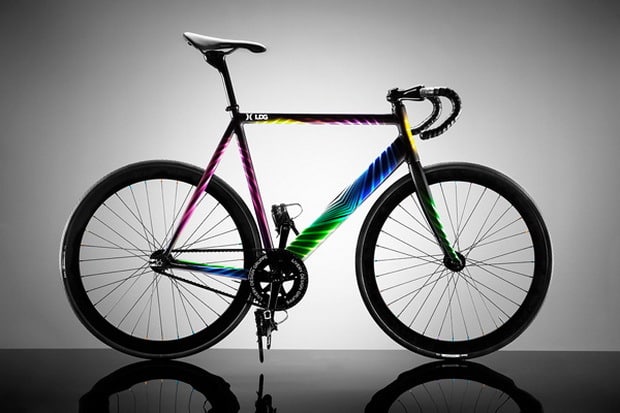 The Livery Design Grouppe (LDG) teamed up with Hurley to create a limited edition bicycle called Phantom 4D which features a stylish design that’s surely going to turn a lot of heads on the streets. The award winning Phantom Boardshorts were the inspiration for the Phantom 4D project, which Hurley launched in June in response to increased performance demands.

The Phantom Boardshorts incorporate Nike Flywire technology and feature a “biomimic” waistband that moves with the body. LDG used Hurley’s technology as the inspiration behind the graphics for this bike and commissioned artist James Marshall to create the visual palette of the Platinum 4d project.

Other Phantom 4d-inspired innovations were also added to a special collection which includes a limited run of 500 Nike Air Max 90 sneakers, a limited edition of 50 Phantom 4D Skullcandy Headphones and this custom LDG Phantom 4d Bike. Only five limited edition Phantom 4D bikes will be ever made, each one painted by LDG and on display at certain Hurley events this summer. 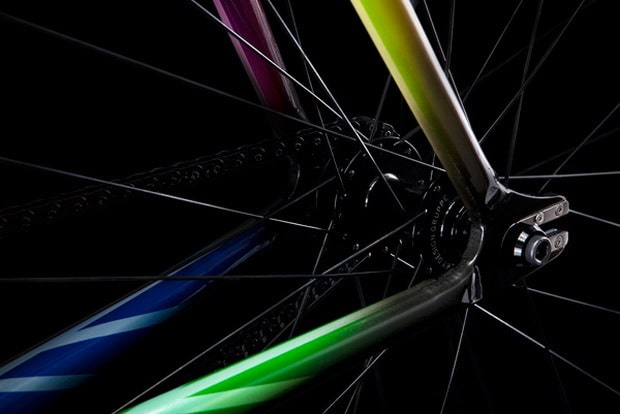 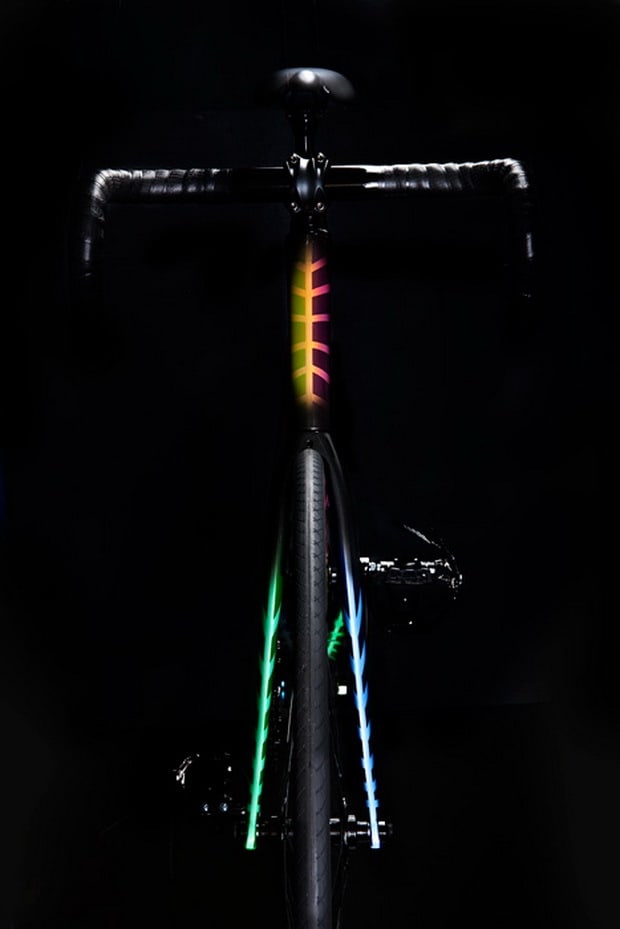