Home ‣ Fashion ‣ Engagement Proposal Trends in the US

Engagement Proposal Trends in the US 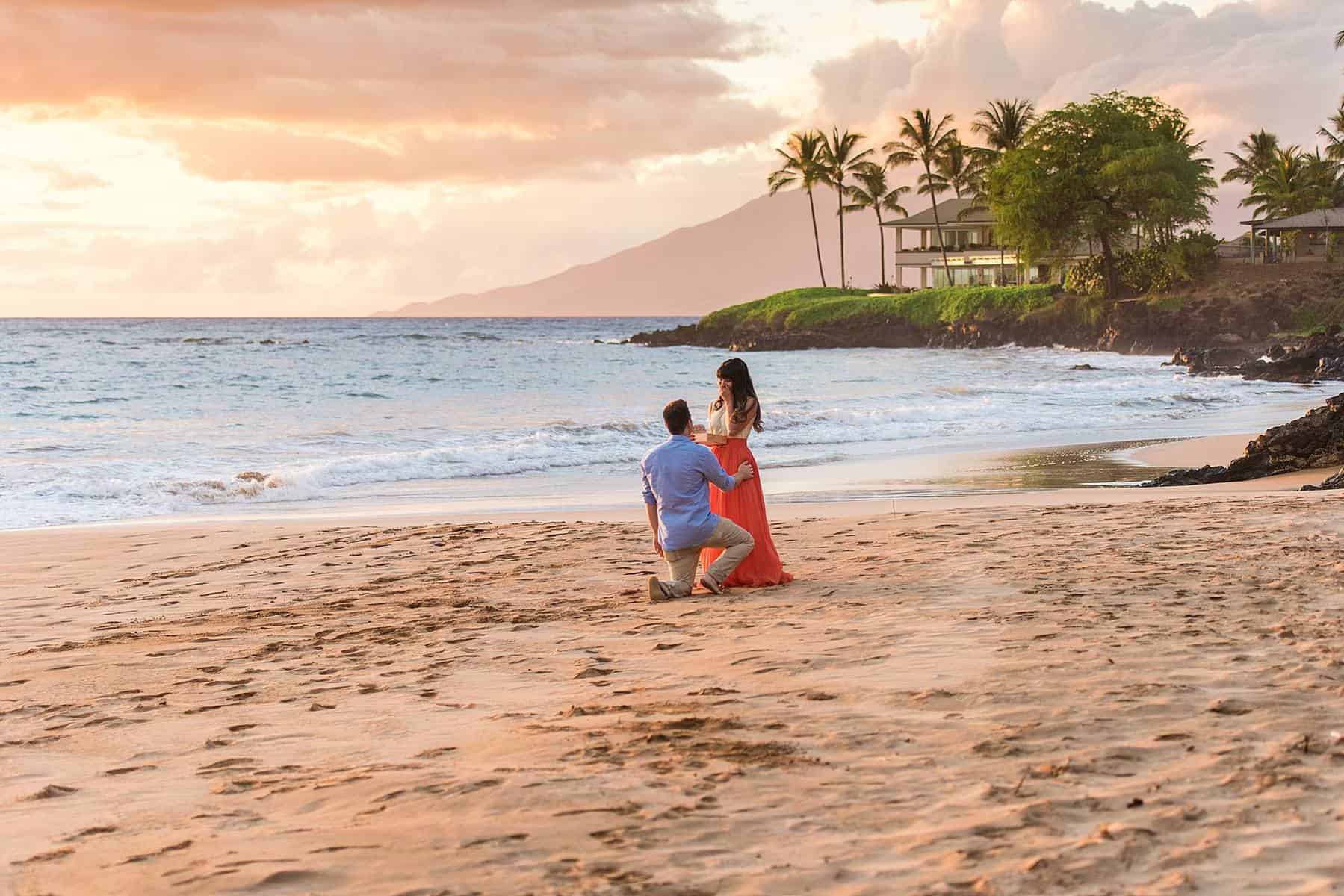 Two years ago, leading online wedding brand Knot published a survey report. The magazine spoke to over 14,000 recently married/engaged men and women to understand the nuances of the proposal better. The report is fascinating on many levels. Just in terms of the thought and detail that goes into the proposal and how to-be grooms and brides choose to spend their money.

About 37% of couples get engaged around Christmas. It’s easy to see why. There’s joy in the air, it’s close to a new year which means new beginnings and promise. And there’s no better time to stage a romantic proposal than when it’s gifts and family and tradition.

Grooms don’t take the process casually- 1 in 4 spends a lot of time thinking about how to go about it. In fact, on an average, close to 5 months go into the planning of the proposal. Some take a full year to organise their dream moment. This doesn’t mean that they feel super confident while doing so. A huge number of men feel nervous asking for the hand of their partner in marriage.

What is a proposal without a ring? Most men go through 26 rings before they decide on what they like. Quite a few of them design their own ring. No matter whose advice they take- the jeweller or their own- the go-to stone cut is still the round cut and the most popular metal is white gold.

Going by the amount of money spent on the ring, it’s no surprise that the ring is, on an average, 1.8 carats. In fact, the ring spend has gone up from around 5,000 dollars about a decade ago to close to six and a half thousand dollars. The new trend is to customise or personalise even engagement rings. Quite a few brides go shopping for the ring with the groom, thereby ensuring that they do have the exact ring that they want.

A large number of couples meet through online dating and the trend of shopping for engagement rings online is on the rise too. There might be a few reasons for this. Among them is finding more competitive prices online, the ease of purchase and ease of access too- so many of them use their mobile devices to figure out what kind of ring they might be looking for, before they finalise.

While we are looking at better gender parity, it’s still the man who does the proposing in an overwhelming number of cases. Many other things stay traditional too. For instance, grooms ask permission from the woman’s family in many cases. A huge number of them go down on one knee and use the iconic line- will you marry me- when they propose. So, quite a few things stay true to form. 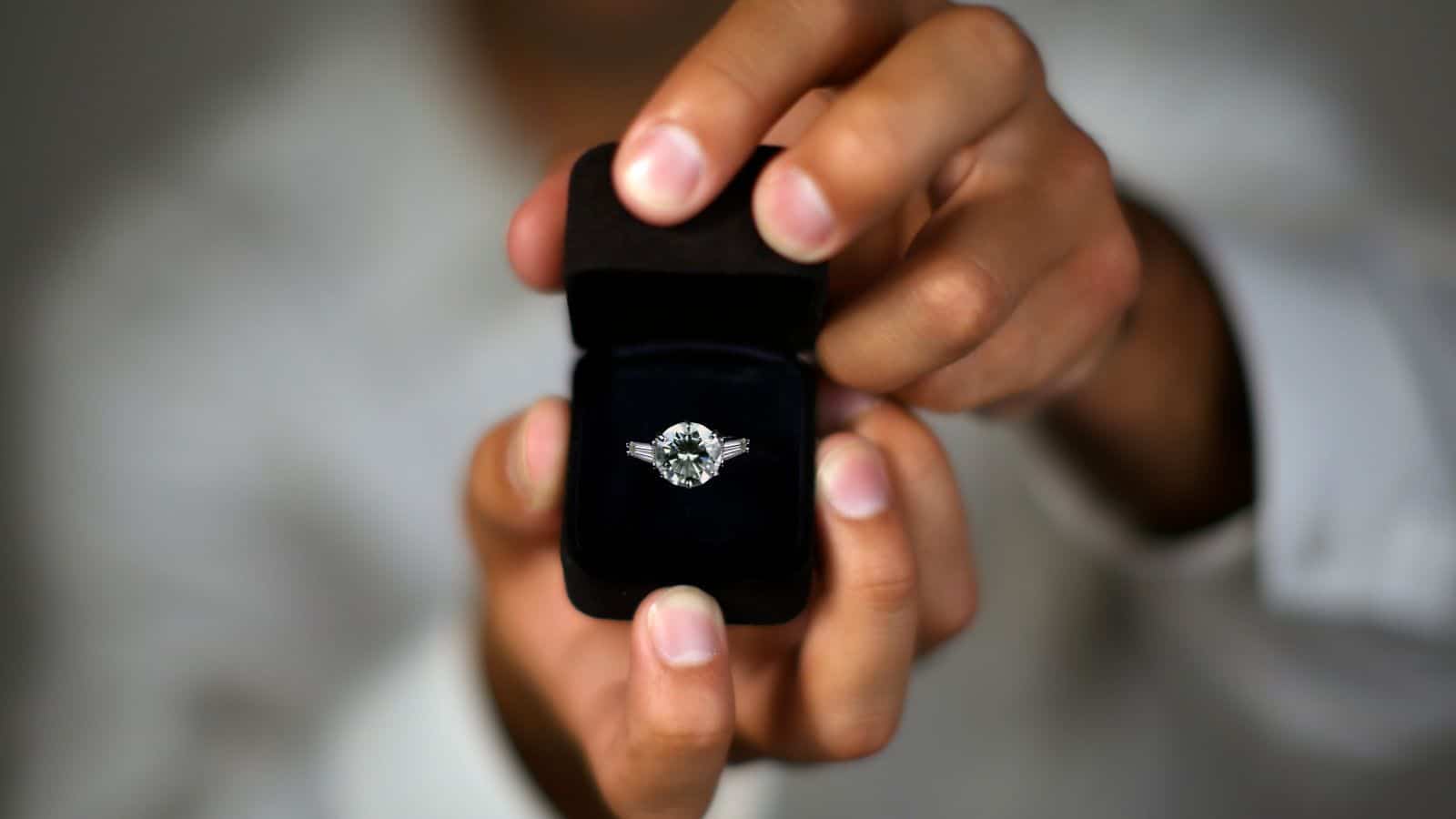 Wedding proposals are big business, not just weddings themselves. Many grooms either hire photographers or request their friends to help them out with documenting the moment. The process is elaborate – from choosing the ring, to thinking of the venue. The Pearl Source and Laguna Pearl instituted a proposal study to learn more about the proposal process. There is a huge amount of pressure felt by grooms when it comes to choosing a ring and more importantly, spending the ‘right’ amount on it.

Something needs to be said about this notion that if the engagement ring has not been bought with a minimum of three months’ salary, then it’s not worth the time or effort. That the ring takes precedence rather than the emotion is nothing short of a travesty. Just today, we read the news about a man selling his house to be able to afford his fiancée’s purple diamond engagement ring. The worst part is how ordinary the ring looks; some online commentators called it costume jewellery!

A piece of jewellery is a symbol of the love between the person who gives it and the one who receives it. Obviously then, it is the love that is important. Not the ring. But then again, an engagement is a big deal and no one is taking anything away from that. A little perspective can be helpful, though. For example, expenses don’t end with the engagement ring and the proposal.

There is the wedding and its allied expenses to think about. Post that, the settling into a house, decorating it in a way that you enjoy and then the life ahead with your partner- that takes money too. Don’t miss out on the rest of your life because you’re focussed on one day. Enjoy your engagement, enjoy the feeling and look ahead to a future together.