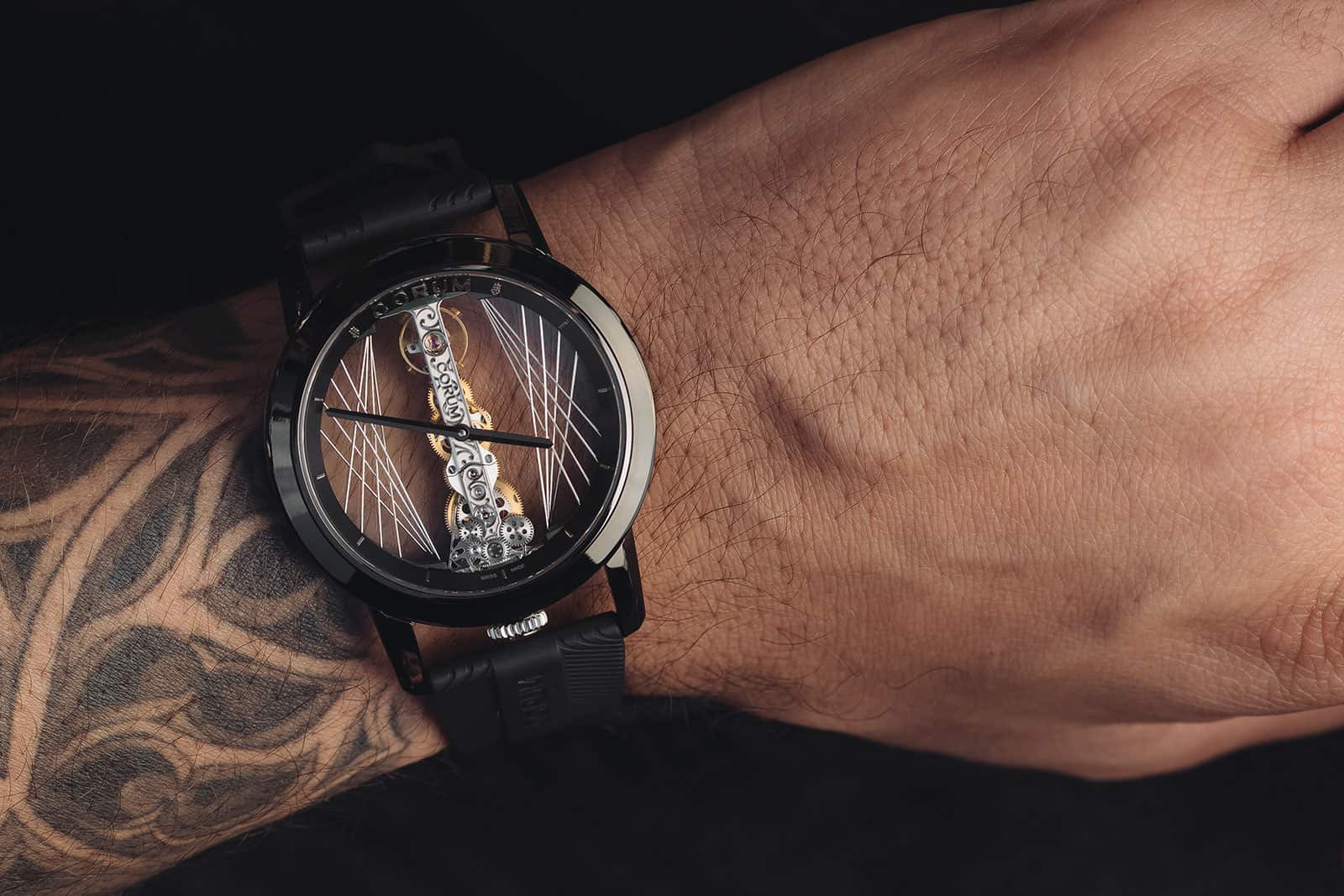 Invented by the brilliant Italian watchmaker Vincent Calabrese back in 1980, the Golden Bridge movement has been a Corum signature in these last couple of years, after Laurent Besse reengineered Mr Calabrese’s original design around a decade ago. The intriguing, baguette-shaped movement was suspended in numerous Corum watches ever since and it was always highly praised by everyone.

The Swiss watchmaker’s newest timepiece takes the Golden Bridge to another era, with a spectacular Art Deco-inspired dial. The Golden Bridge Round 43 Art Deco installs this extraordinary movement in a standard round case, but the bridge is framed on both sides by sets of brass wires, which evoke the cables used for suspension bridges.

Corum will release this beauty in two versions: one with a yellow gold movement and gilded wires and the other wine with rhodium-plated wires and movement. 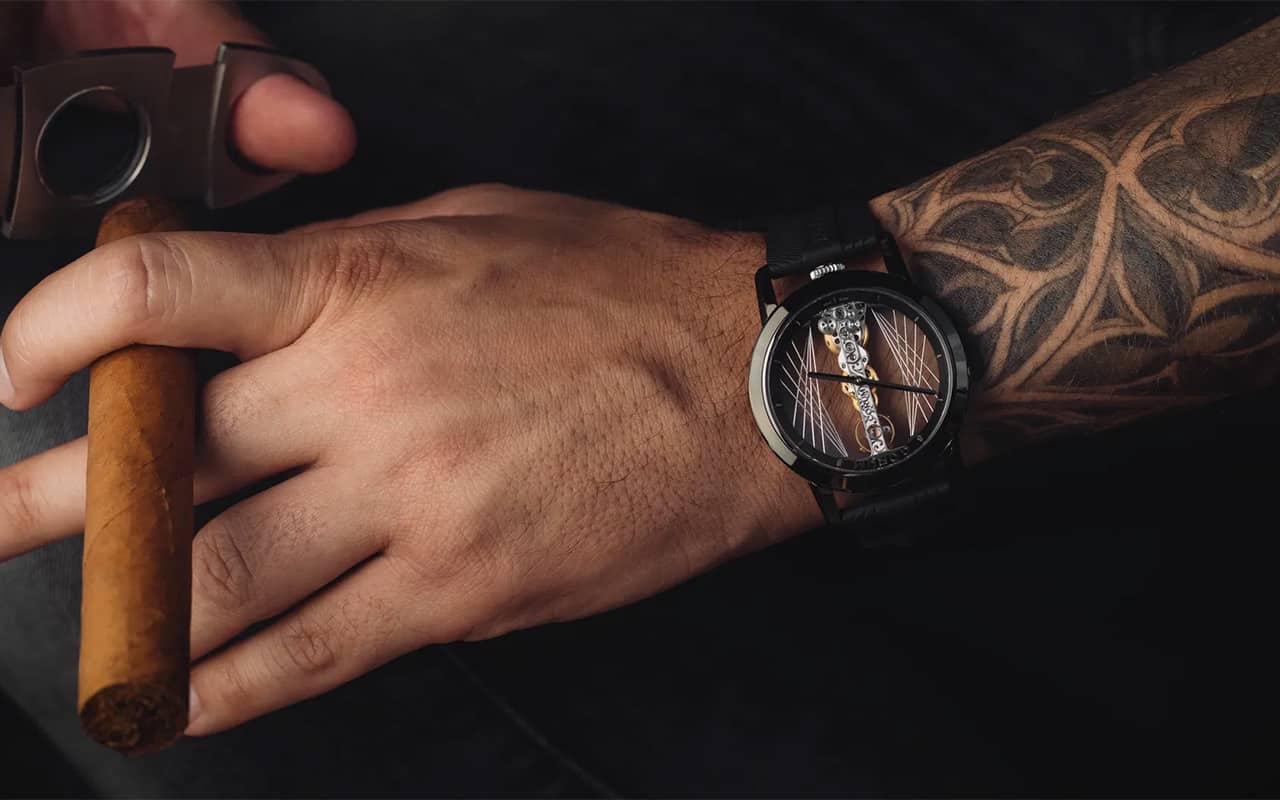 Powering up the Corum Golden Bridge Round 43 Art Deco is the brand’s CO 113 movement, with 28,800 bhp (4Hz) and a power reserve of 40 hours. The movement is identical to the one found in other Corum Golden Bridge watches, but it has its bridges and main plate crafted from solid 18k gold.

The case of this timepiece is 43 mm wide and it’s made of titanium, coated in a stunning diamond-like-carbon (DLC) finish to give it an alluring glossy black look. The Round 43 Art Deco watch will be produced in limited series of only 188 pieces for each version and priced at a cool $23,800. 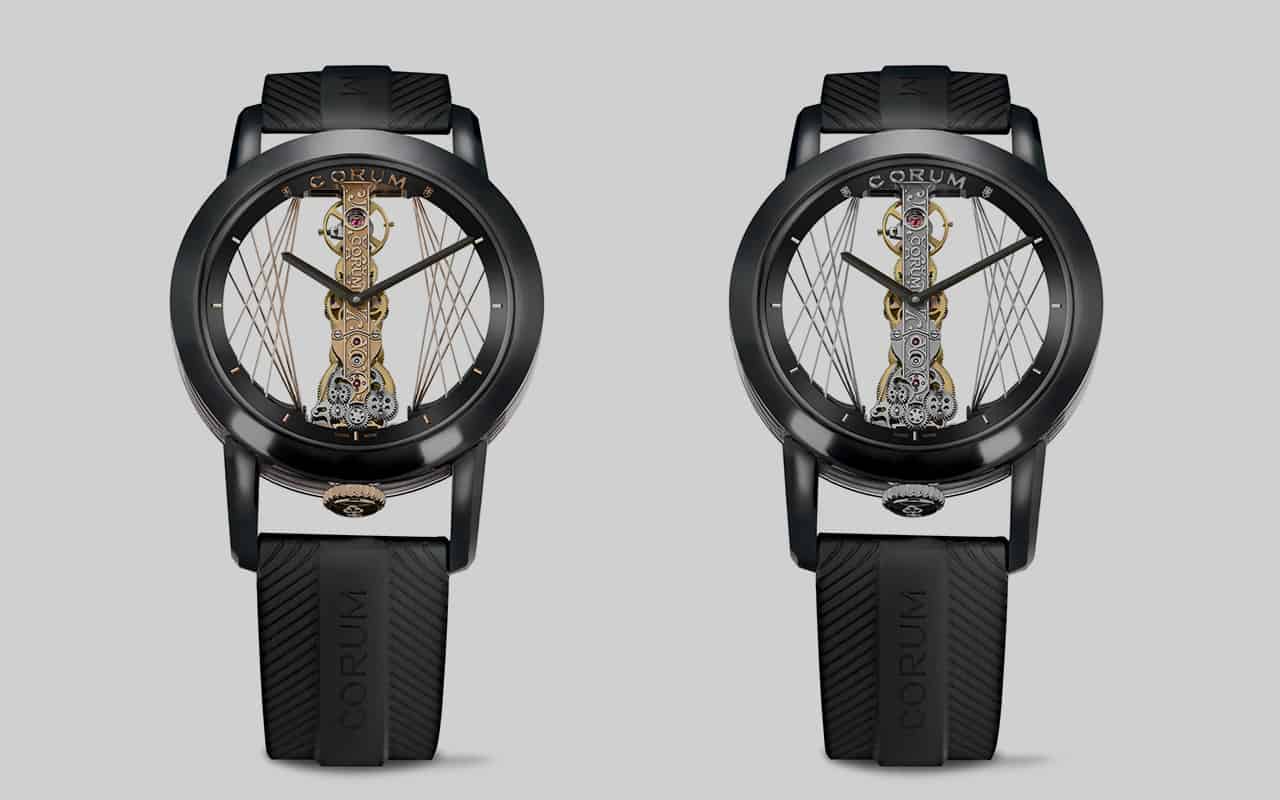 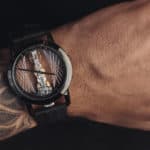 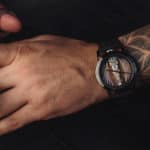 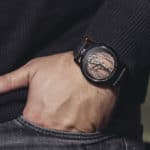 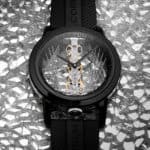 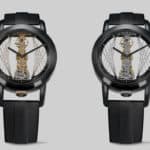 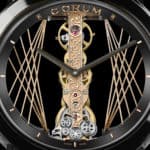 Corum’s Bubble 47 Flying Tourbillon Should Not Scare You Off 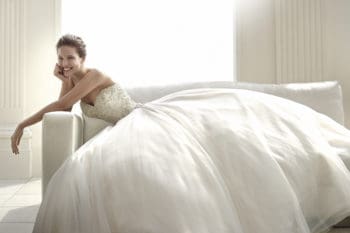