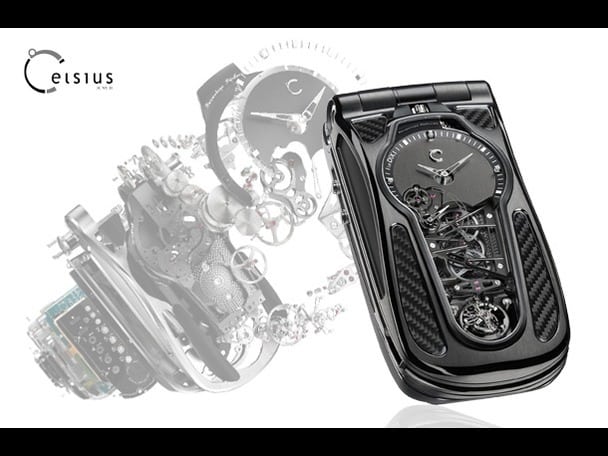 One of the few companies in the world that design and produce mobile phones and don’t directly jump to sell them is Celsius X VI II. During 2006 they’ve started a project that revolutionizes the mobile-gadgetry world. This mechanical mobile phone truly brings emotions to the words of anyone using it.

The peak of 4 years of R&D, LeDIX combines a cell-phone with an elegant tourbillion watch, a simple tribute towards the world of Swiss-made micromechanics and precision. This phone has features that represent it and only it, like the butterfly winding, surreally called “Remontage Papillon”.

Among the huge list of innovations brought by this gadget, a really useful one stands out: upon opening the phone, the watch gets three more hours of running. This is achieved through a patented system within the hinge. Every millimeter of this phone/watch is being efficiently used, while the watch has already received a record prize: world’s most off-centered flying tourbillion (36mm), thanks to its untypical mounting system that involves micro shock-absorbers.

The list of new technologies applied to this phone goes on, with a weird battery-ejection system, rotational protective system for the main connector and cushioned screen-flap closing. Featuring more than 600 mechanical components, numerous being hand-made with incredible precision, this gadget really stands out of the telecommunication crowd today.

The case of the phone is inserted with black PVD-treated titanium; the package features a crocodile-leather holster, a pocket-watch-style chain and up-to-date French telecommunication technology.

The gadget took more than 30 professionals more than 6 months to produce just one piece, the series being limited to 18 of them. The LeDIX Veloce is available since November 2011, at the taxes-included price of roughly €250,000 each. 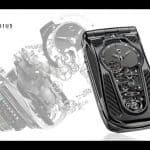 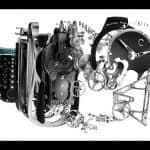 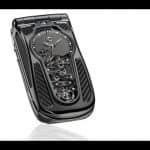 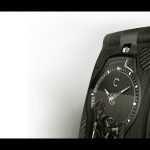 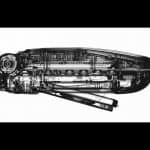 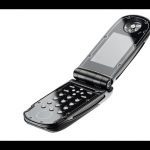 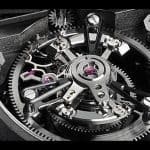 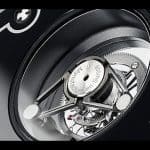 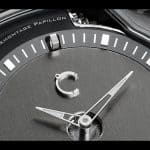 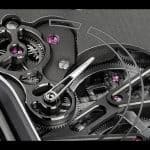 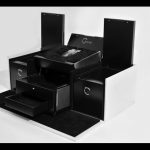