The Top 10 Most Difficult Trips You Can Take

Traveling has become ubiquitous. Today it’s so easy to travel that almost anybody will do it at some point in their lives. And since traveling is not reserved for a select few anymore, it has become less and less interesting with the spread of all inclusive offers and ready made tour packages.

But is that everything a trip should mean? There are still people out there for whom an all inclusive offer means nothing. For them it’s an adventure that will enrich their lives and bring them what they seek out for. It’s a trip that’s difficult, dangerous and downright scary that will make them feel alive and give them the much needed surge of adrenaline.

A trip like that will make your friends stand in shock and awe while listening to the stories of your adventure. That is, if they weren’t the ones joining you in the adventure in the first place. The trips on this list might require a higher budget than your usual weekend cityscape, but the wildness of it all will make it worth every penny spent.

For those of you whose eyes are sparking at the thought of adrenaline rushing through your veins, keep on reading to find out The Top 10 Most Difficult Trips You Can Take: 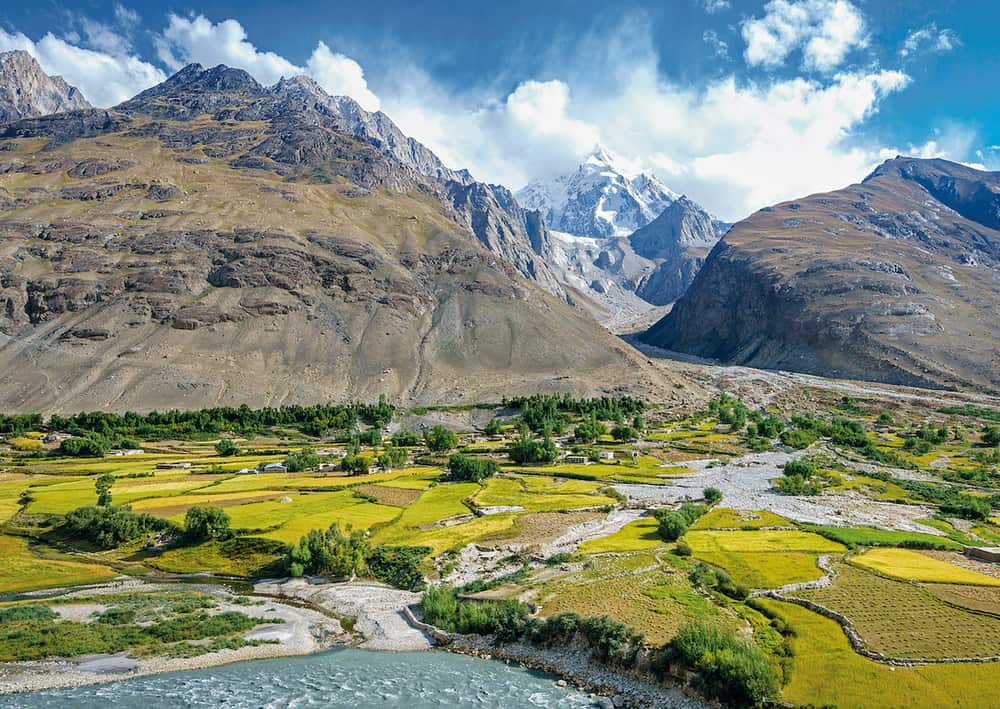 We guess there’s no need to get into details as to why a trip to Afghanistan got on our list, since most of the country is still a warzone. The difficulties which this poses makes going backcountry through Afghanistan quite a challenge.

One might think that there can’t be any tourism in the country but the reality is that there are some competent tour operators that will lead you through unique sights of the country from the capital Kabul all the way to the superb region of Band-e Amir. 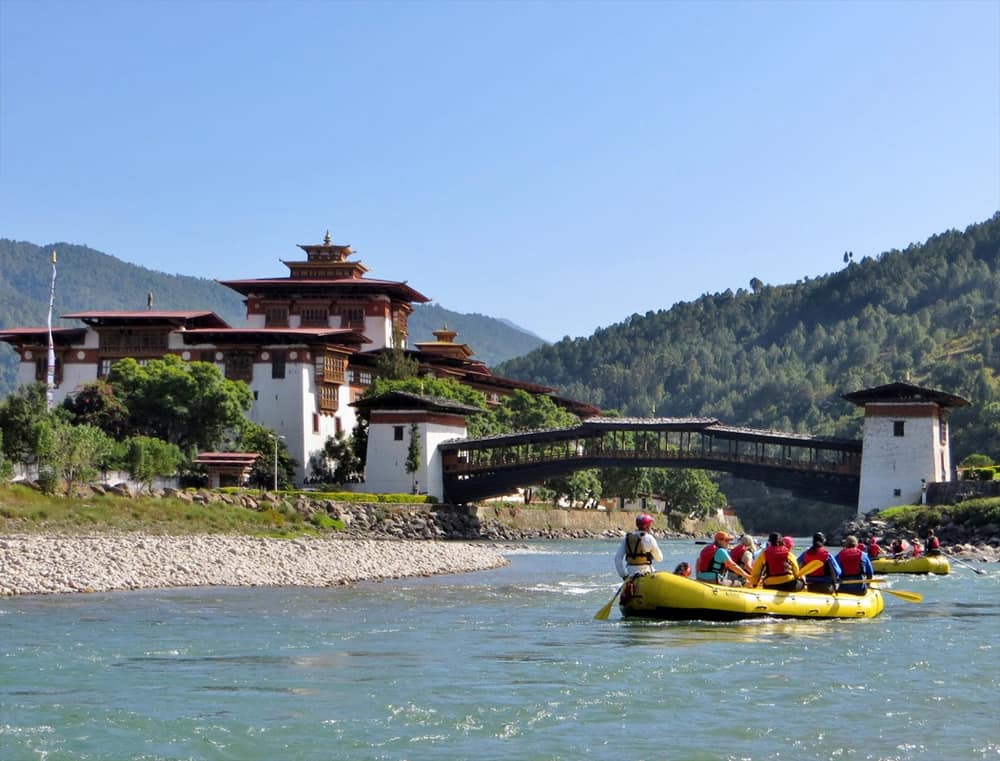 With the government of Bhutan keeping a very tight control of everything and leaving only a few parts of the country available for tourists, planning a trip to Bhutan means applying with at least 30 days in advance for a visa and paying everything beforehand.

The country is situated in the Eastern Himalayas, mountains that are considered sacred by the locals. They say that the gods live on top, so that man is not allowed to climb over 6,000 meters. But taking a rafting journey on the Drangme Chhu River will get you through the extraordinary mountainous scenery and will more than sure satisfy your thirst for adrenaline.

8. Trekking in the Borneo jungle 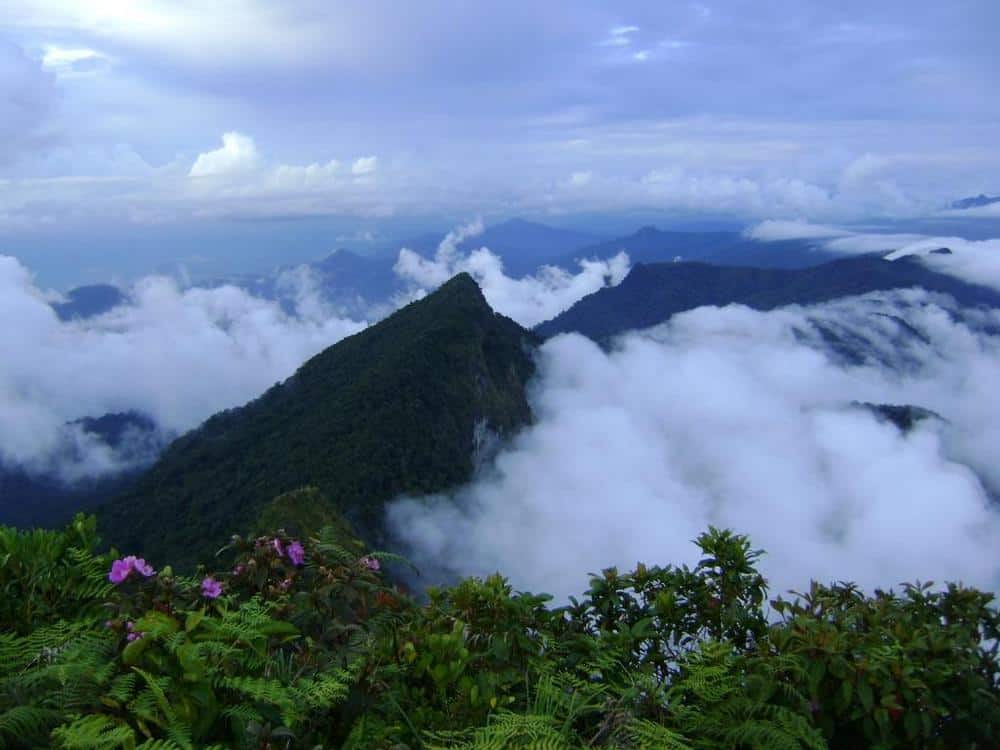 Borneo, the third largest island in the world, is mostly covered by rainforest and it also has Kinabalu, a mountain that was considered inaccessible to any but winged animals until Hugh Low first conquered the 4,095 meter summit in March 1851.

The island has one of the most diverse floras in the world due to the abundance of rainfall and with the local tribes that continue to live on the island preserving their unique traditions, languages and culture, it makes trekking in the Borneo jungle one amazing adventure that will for sure make you feel most alive.

7. Skiing All Over the Globe 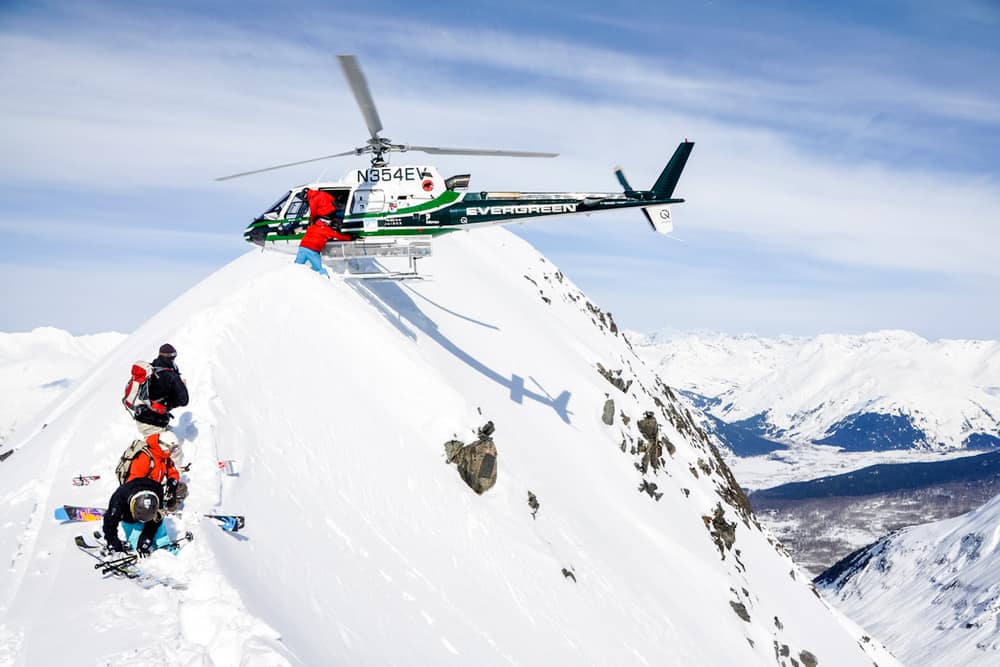 Skiing in eight countries over three continents in a total of two and a half weeks sounds a little bit impossible, don’t you think? But what if somebody flew you in a jet across the globe and then in a helicopter to the best summits for some crazy downhill skiing?

Well, an adventure like that is in fact possible. Enjoying the most amazing ski tracks in the world in such a short time period can get very real if you have a hefty bank account, because you can be sure that heliskiing and flying around the world in a private jet won’t be the cheapest trip out there.

6. Sailing Around the World 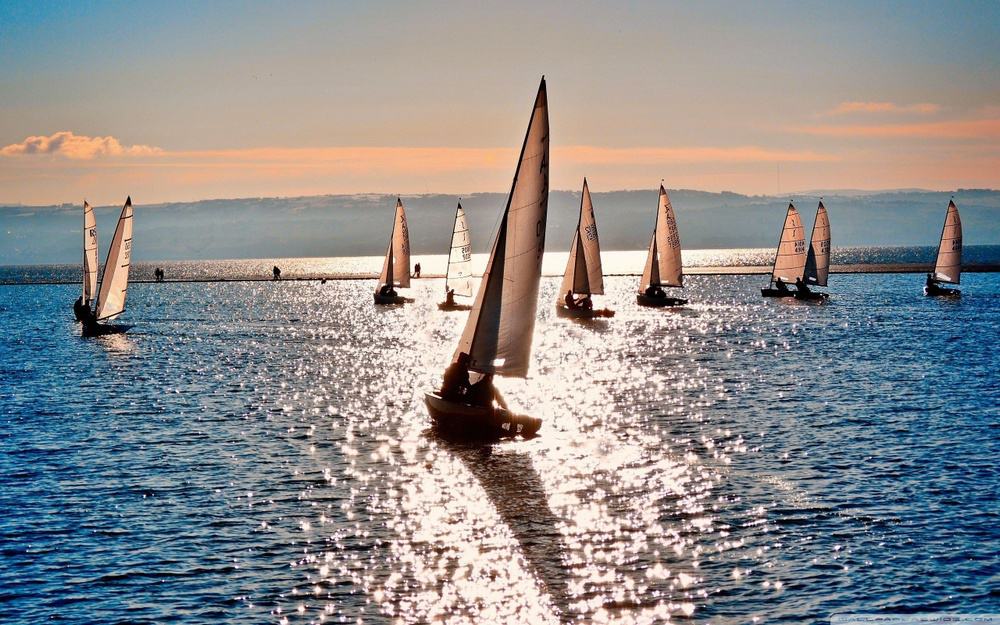 It takes a super good boat and years of experience to try and sail around the world, since that kind of adventure is a lot tougher than one might think. But if that isn’t enough, the Clipper Around the World is a tough 40,000 mile sailing race around the world that will stretch everything to the extreme.

They even let you join the competition without any prior experience. All you need is guts, since the 70-foot racing yacht and the training will be provided by the organisers before being allowed to compete. The 40,000 nautical miles of the race are broken down into eight legs and up to 16 individual races to choose from. The race is made for ordinary people who want to experience the adventure of their lifetimes. 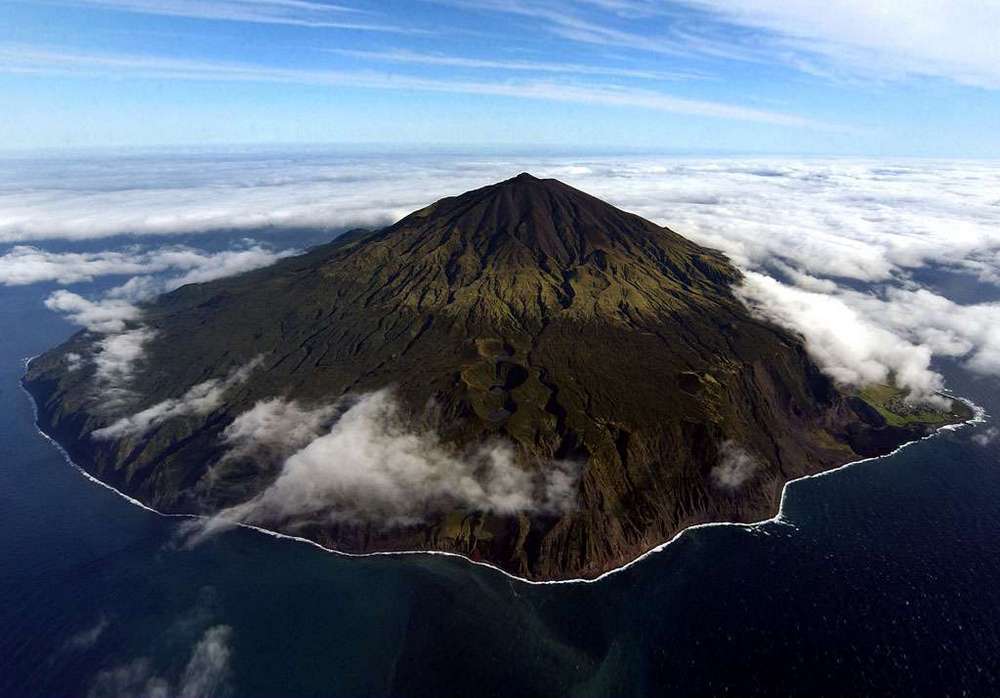 Tristan de Cunha, the most remote island on Earth, rises 1500 miles away from the African continent in the south of the Atlantic Ocean. Part of the British overseas territory, Tristan de Cunha was inhabited by no more than 262 persons as of January 2017 and offers no other means to get there but by boat.

To be able to visit it, your trip must be approved by the government of Tristan. The way locals make their living is by growing their own food, selling lobster and trading their local currency and stamps which are highly sought after by collectors from all over the world due to their rarity. 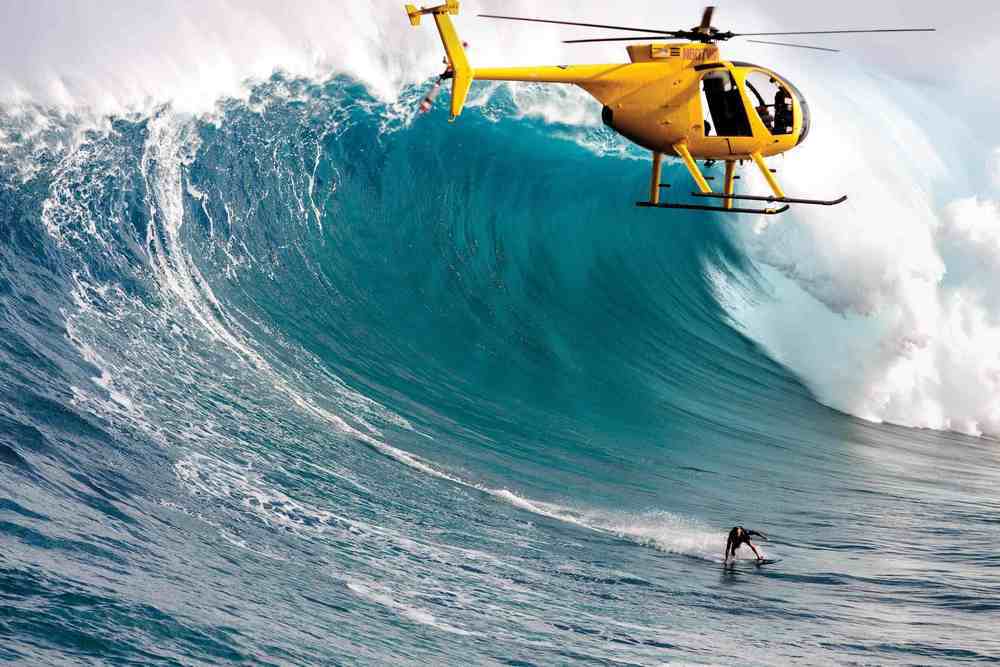 If normal surfing is for unconventional people, then Heli-surfing must be for the real nuts. Clearly not for the faint hearted, Heli-surfing is New Zealand’s one of the most extreme sports, with costs rising up to $10,000 per person.

Both the surfer and the helicopter pilot must know what they’re doing, so finding the right combination is a must. Once that is settled, this can become the most unique and hardcore adventure one can experience, with super high waves and surfing speeds.

3. Rock Climbing in the Dead Heart of Africa 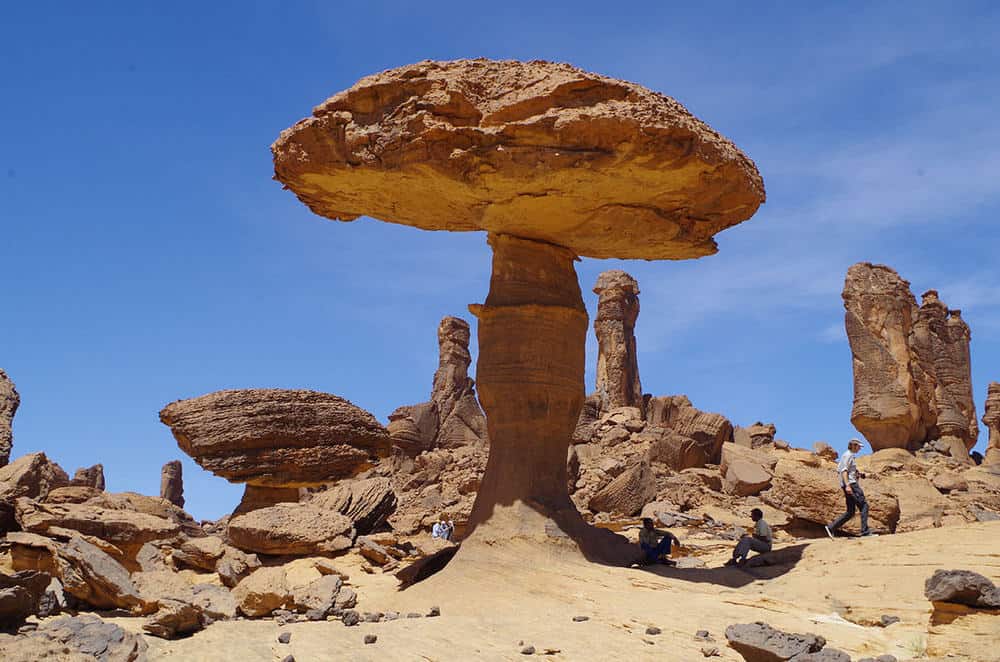 The Dead Heart of Africa is an extremely arid area in Chad’s Ennedi desert in the northern part of the country. Chad is the 22nd largest country in the world but as well one of the poorest and most corrupt, so the lack of infrastructure makes tourism almost nonexistent.

The difficulty of traveling through the country and the severity and aridity of the terrain makes Chad a popular destination for those extreme adventurers who want to climb the natural towers, pillars and bridges of the Ennedi desert. The surreal landscape and its isolation make all worries and concerns of modern society simply fade away. 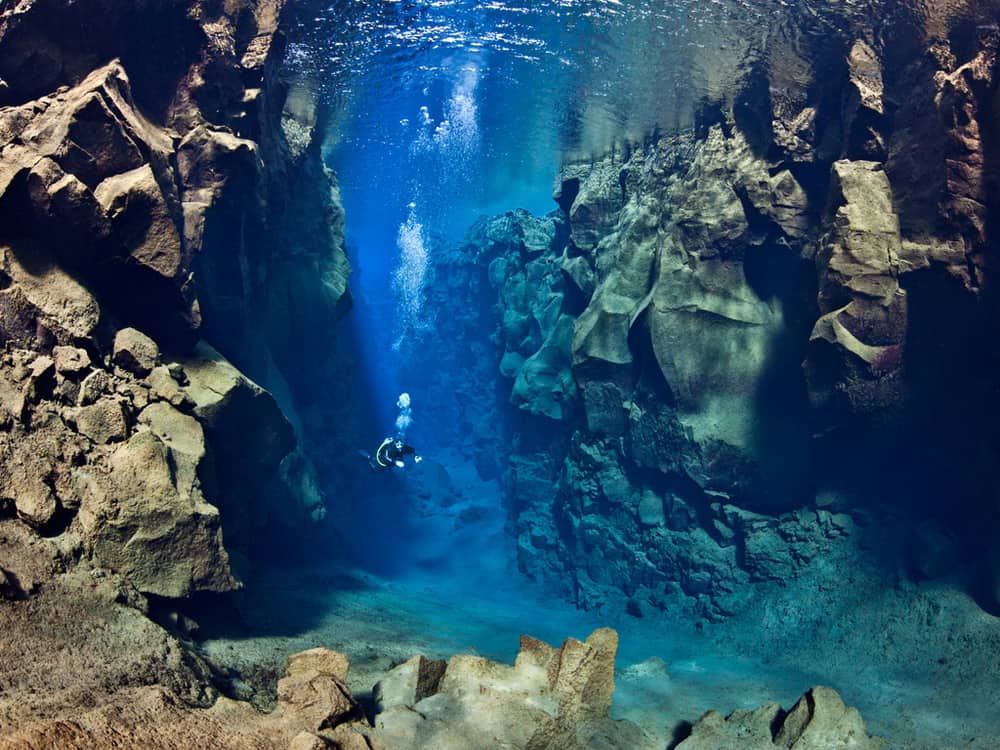 Silfra is one of the very few places in the world where you can swim between the tectonic plates separating Eurasia and North America in a water so clear that you can see up to a distance of 70-80 meters, making the place perfect for snorkeling, scuba diving and underwater photography.

Part of the Thingvellir National Park in Iceland, the Silfra rift is a UNESCO World Heritage Site for its geological characteristics and cultural and historical significance. The underwater landscape combined with the clearest water on Earth make for an unforgettable experience. 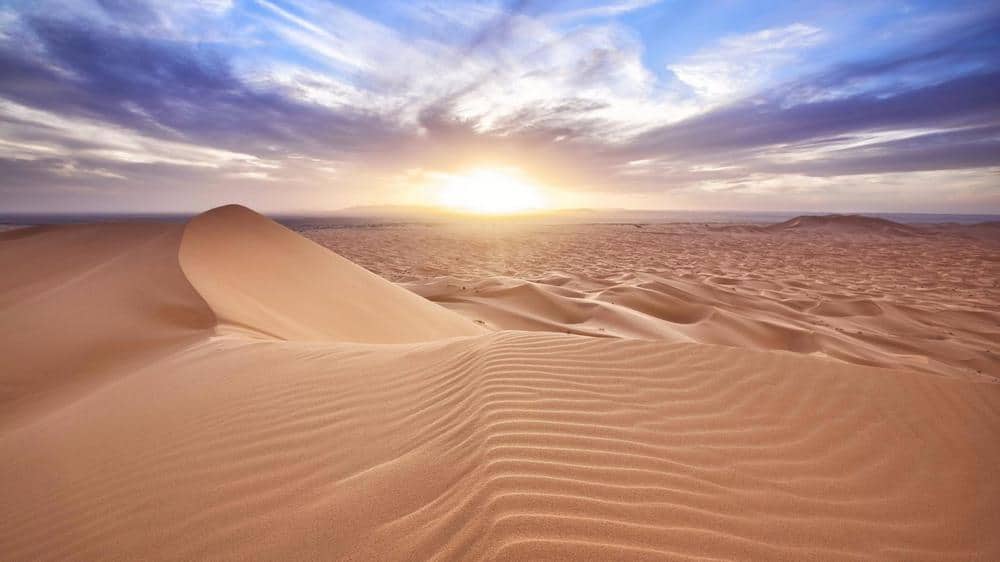 Extreme far away lands have always woke an utmost fascination in the adventurous man and the deserts of the African continent are some of these lands. Presenting a far greater challenge than even the frozen wastelands of Antarctica, the Sahara Desert is known to be one of the toughest places on Earth. There, even the Bedouins know that venturing too far away might mean simple suicide.

The last thorough exploration attempts were made during the Second World War but the intolerable heat and the sheer toughness of the challenge made most abandon their endeavor. But Michael Asher made the first known crossing of the Sahara desert from west to east, by camel and on foot, covering a distance of 4,500 miles from Nouakchott, Mauretania, to Abu Simbel, Egypt. He lived for 3 years with the Kababish nomads in Sudan to prepare for this epic crossing.

You might wonder what was fascinating everyone in the first place. Well, the impressive rock formations, mountain ridges and vast expanses of sand make the Sahara desert one of the most romantic and sublime places on the planet. While past attempts were made mostly by camel and foot, today’s tough off road jeeps will make your exploration a lot easier, but you’ll still be in for a challenging adventure.

The Top 10 Most Difficult Trips You Can Take
Tags:
Previous Article
Six Senses Fiji Invites you to Enjoy Island life is at its Best
Next Article
The AirFish 8 Will Make Your Heart Race