The 15 Best All Inclusive Cruises You can Book Right Now

All inclusive and cruises. They don’t always come together, but there are a few companies out there that won’t advertise one thing and then charge crazy extra amounts for anything that doesn’t mean standard meals and accommodation and the included entertainment and activities.

Some cruises really do offer everything in their original advertised price, from alcoholic drinks, day trips on the shore, hotel accommodation and even airfare where needed. But you’d have to take your time and do your research well if you want to step onboard a cruise ship with no money in your pockets.

We have done that beforehand and came up with a list of the 15 best all inclusive cruises you can book right now. From immersive cultural experiences to most of what an average vacationer needs on a cruise, all included in the original price, these following cruise lines offer the best value for your money. That doesn’t mean there won’t be any bill at the end if you want some upgrades and fine champagne, but it will be a minimal one.

So here they are: 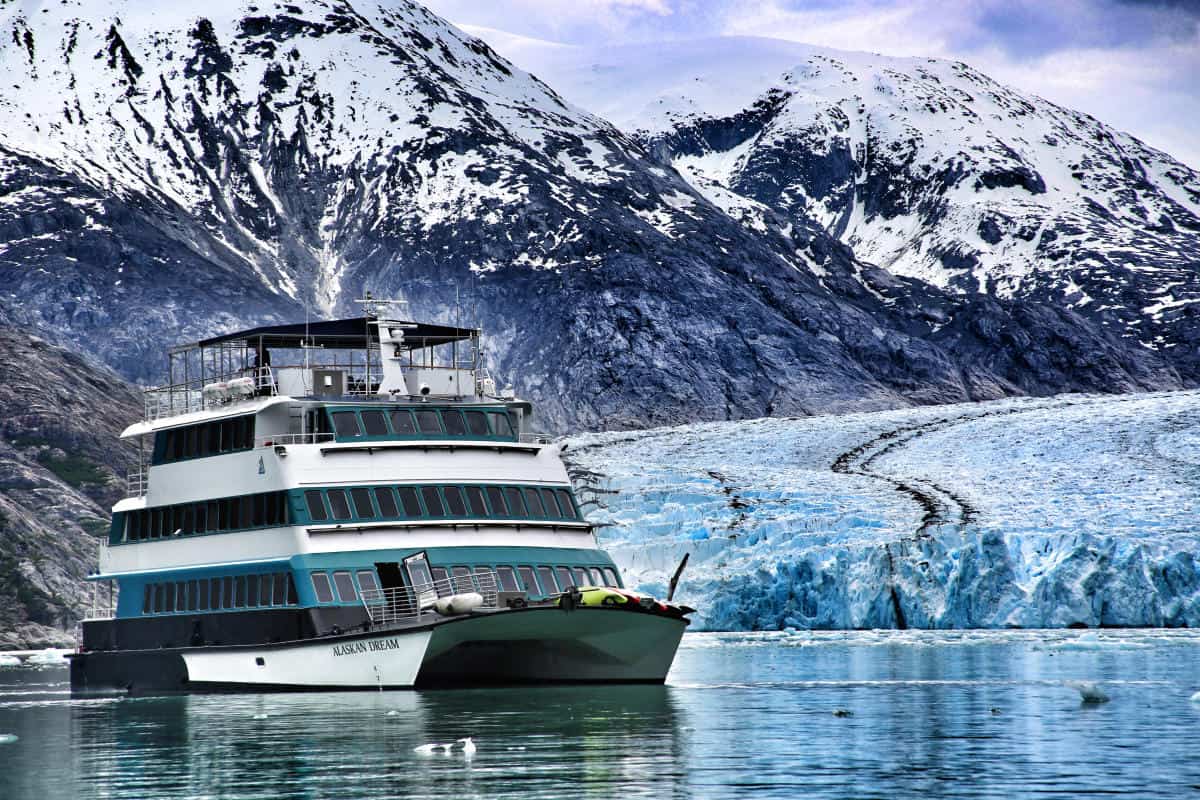 With a fleet of three small expedition style vessels, the Alaskan Dream Cruises will take you to some of the most scenic locations in Southeast Alaska. The cruises take place only during summer, from May to September and allow for up to 66 passengers at a time, so book early.

While on one of their ships, you’ll have wine and beer included at dinner, plus the nightly cocktail hour. They also offer impressive land trips in nature to see the amazing Alaskan wildlife and remote villages that big ships aren’t able to get to. With them, a round trip from Sitka to the Seven-night Glacier Bay and Island Adventure will cost $1,895 per person. 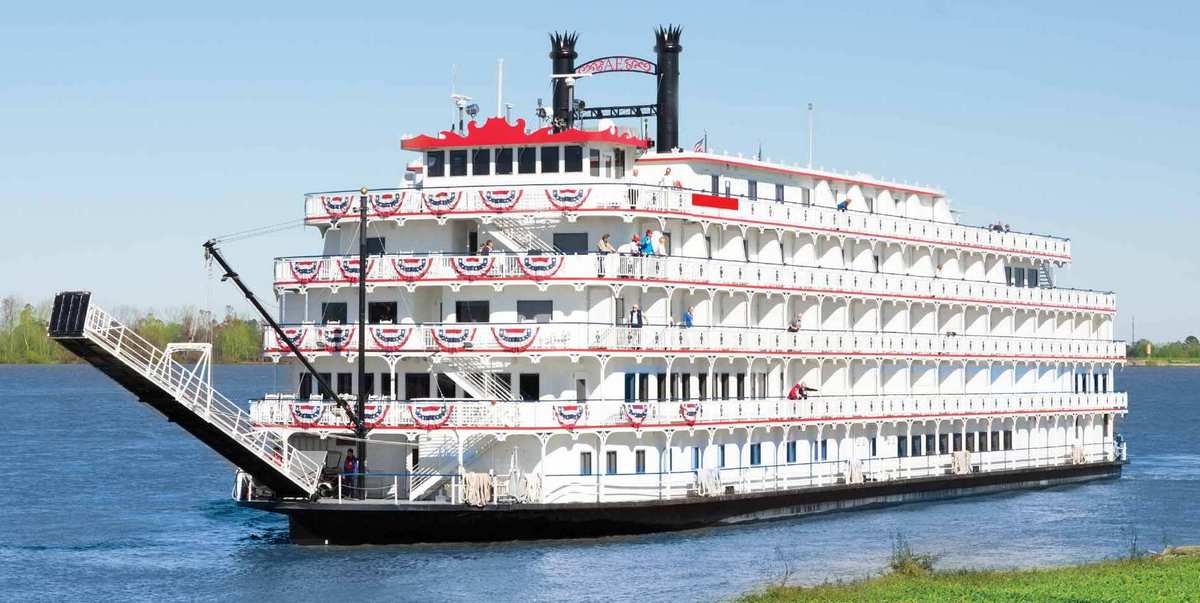 American Cruise Line offers trips on the East Coast, Pacific Northwest, Alaska waterways and on the Mississippi. They’ve got six ships with a capacity between 50 and 150 passengers and include the nightly cocktail hour plus wine and beer at lunch and dinner.

Shore excursions are also available in the price, and speaking of which, a six night round trip from Portland, ME, to the Maine Coast and Harbor will cost $3,245 per person.

With over 50 vessels, some of them high-end 190 passenger ‘long-ships’ with balcony cabins, Viking River Cruises offer an interesting option when it comes to trips. They cruise some of the most interesting rivers in Europe, Russia, Asia and Egypt.

Imagine an eight day romantic cruise on the Danube from Nuremberg, Germany to Budapest on one of their state of the art long-ships. You’ll pay $1,756 per person but you’ll get shore excursions and internet access, airport transfers, wine, beer and other soft drinks at lunch and dinner, plus some dinner ashore at a fine restaurant. 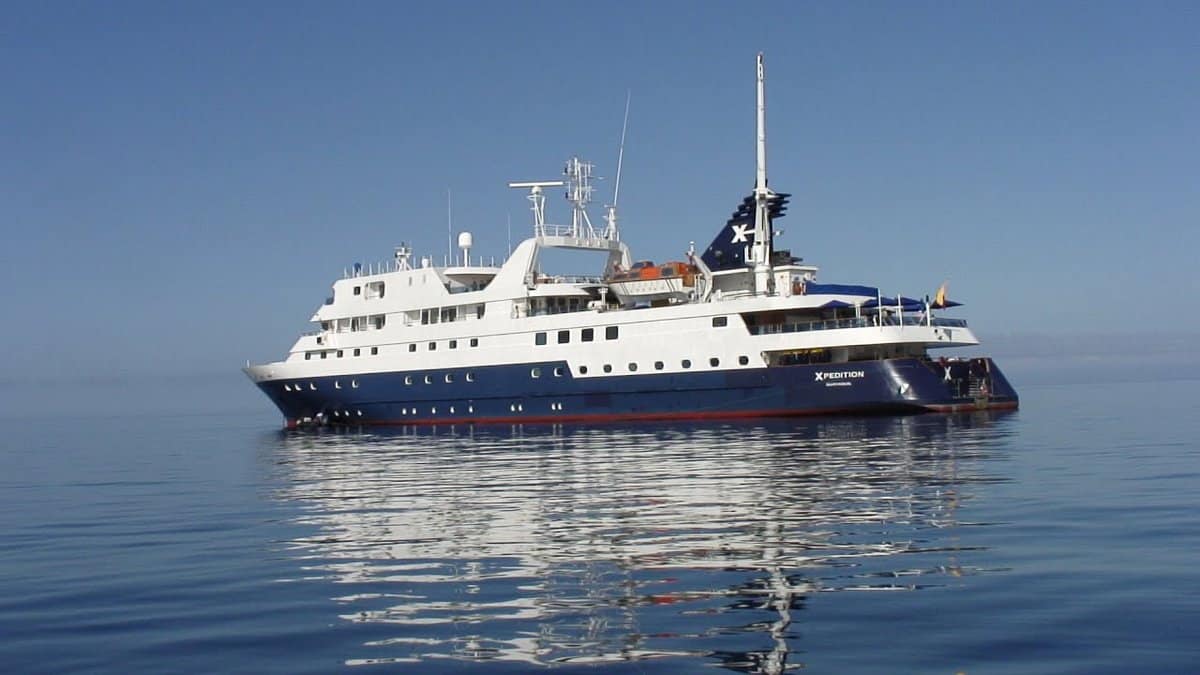 Their seven night cruise, leaving from Baltra will set you back $2,899, but you’ve got plenty of gratuities, all drinks included, trips on land, internet access, and various hotel stays before and after the cruise. 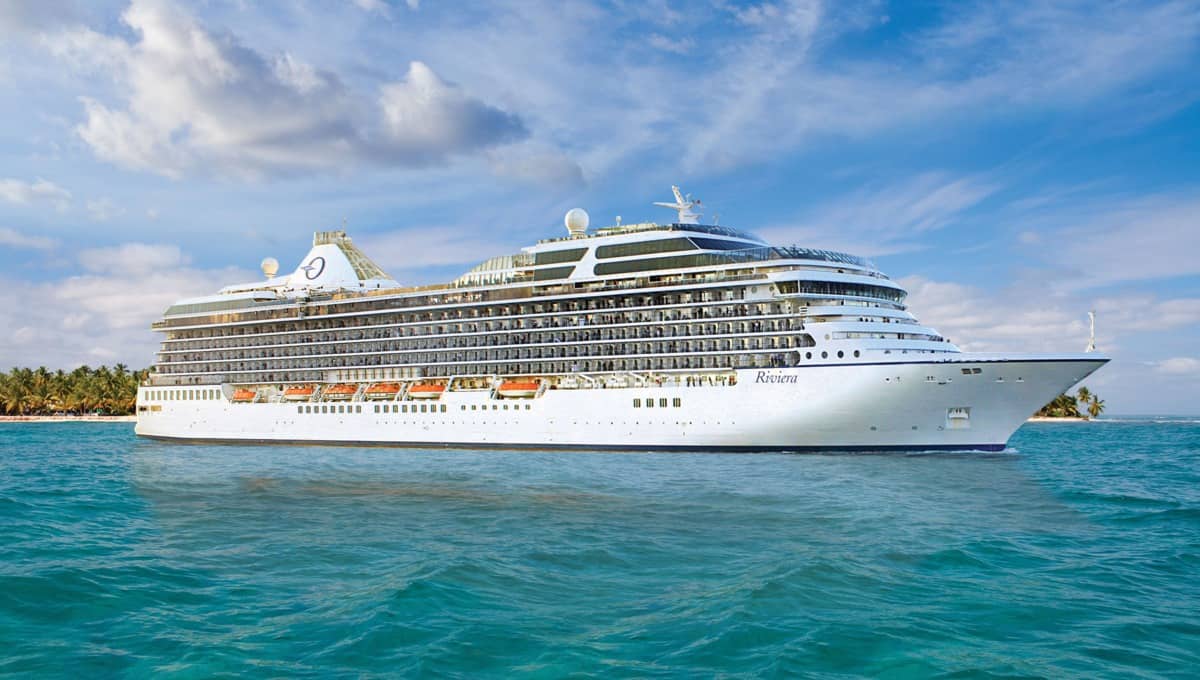 Oceania Cruises is a premium line which operates on itineraries that include some of the most famous destinations in Europe, Asia and South America. They’ve got five amazing looking ships with a maximum capacity of 684 and 1,250 passengers depending on the ship.

Included in their price are airfares from several Canadian and U.S. gateways, soft drinks and dinner in several specialty restaurants. A seven night Rome to Venice cruise on the Ionian Sea on the 1,250 passenger Riviera will cost $2,349 per person. 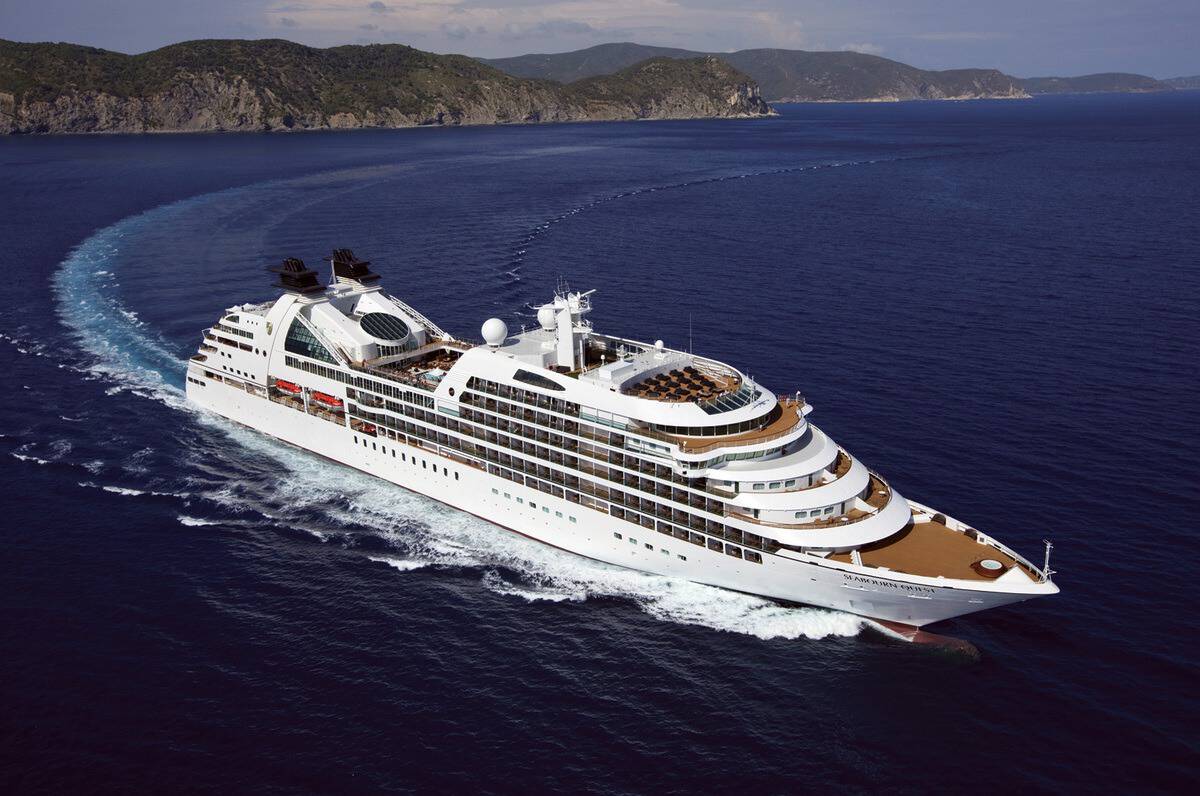 With their state of the art all suite ships, the Seabourn offers cruises around six of the seven continents, in various famous destinations like the Caribbean. One of their cruises, a seven night trip on the Baltic Sea from Copenhagen to Stockholm including St. Petersburg will cost $3,499 per person.

Their offer includes the best wines, champagne and various spirits, soft drinks and all dinners, some of them specialty dinners, and various other gratuities. On the fun side, you have access to their watersports toys. Depending on the cruise, you could also have between $500 and $1,500 of shore trip credit. Some even include airfare, airport transfers and hotel stays. 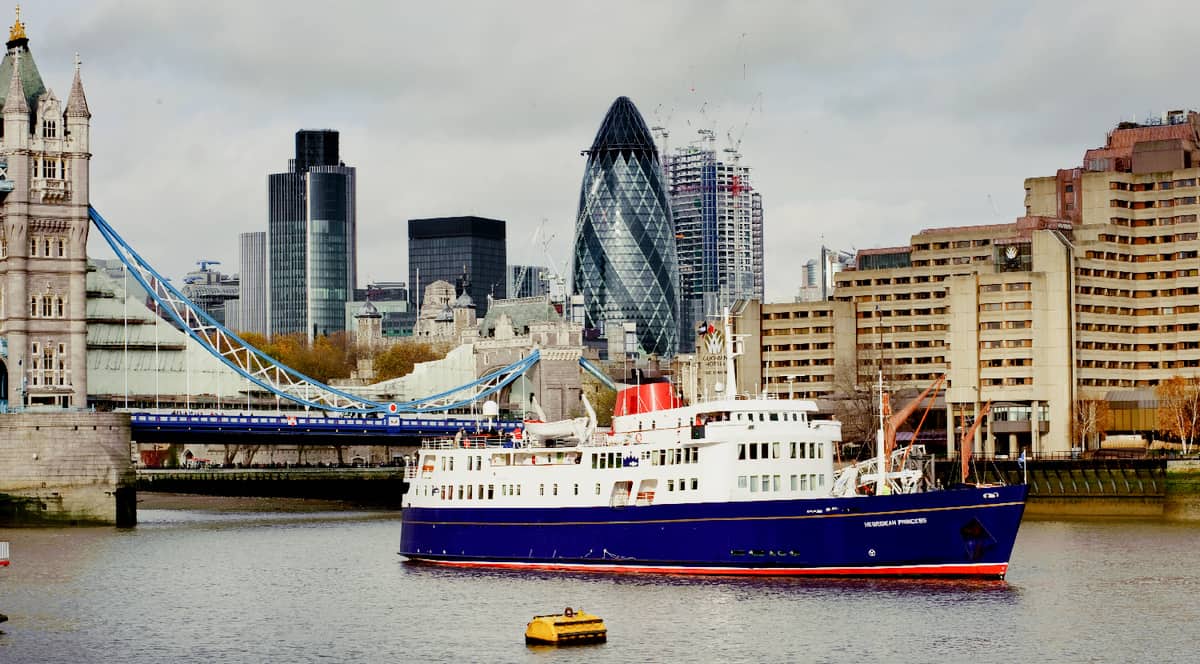 The smallest luxury cruise ship in the world, holding no more than 50 passengers, the Hebridean Princess belongs to Hebridean Island Cruises, which offer trips around the islands of Scotland and Ireland and the Norwegian fjords.

At at price of $3,399 per person for a 4 night tasting cruise around the Scottish Isles, you’ve got wines, spirits, champagne, beer and other soft drinks included, plus shore excursions that can be done by using their bicycles and various other gratuities.

In these times, just remember your holiday insurance. If you suddenly need medical support, your travel insurance will take care of any costs, giving you the vital feeling of serenity, so you can unwind and make the most of your excursion. If you’re a frequent traveler, taking out an annual multi trip insurance from theaa.ie (with cruise cover throughout the entire year) could save you a lot of money. 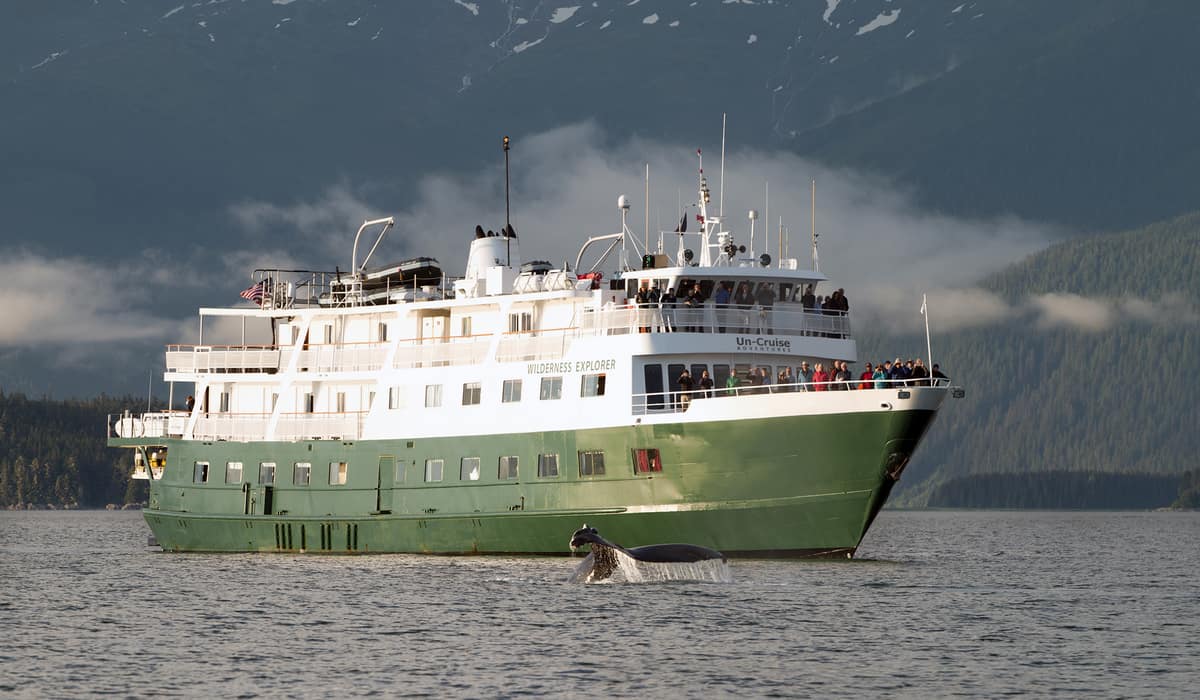 Un-Cruise Adventures have a fleet of small all-inclusive vessels that can take between 22 and 86 passengers for luxury adventure cruises in places like Alaska, Hawaii, the Pacific Coast and the Sea of Cortes in Mexico. For example, a seven night Alaska round trip on their Safari Endeavour ship, starting in Juneau will cost a good $4,195 per person.

Included in the cruise, there are all kinds of fun activities from boat adventures to hiking and kayaking, shore trips plus fine wine and premium spirits, microbrew beer, massage and yoga classes. They do not include gratuities. 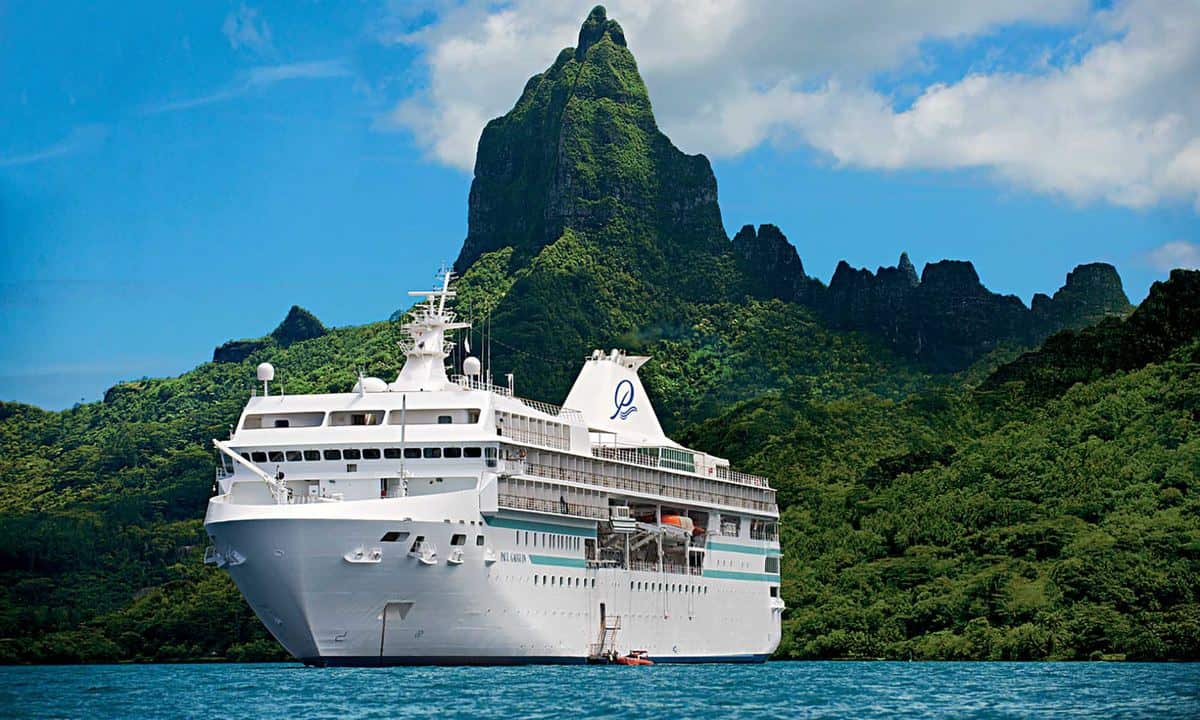 Paul Gauguin offers its customers two nice choices when it comes to ships, the 322 passenger Paul Gauguin and the 90 passenger Tere Moana, on which they can embark for cruising the Caribbean, South America or Europe.

Their price for a 7 night cruise around Tahiti and the Society Islands on the Paul Gauguin ship rises to $4,795 per person and offer select wines, spirits and soft drinks, plus several gratuities. There’s watersports and snorkeling gear available for those who want some water fun and the most important, specialty restaurants included in the price. 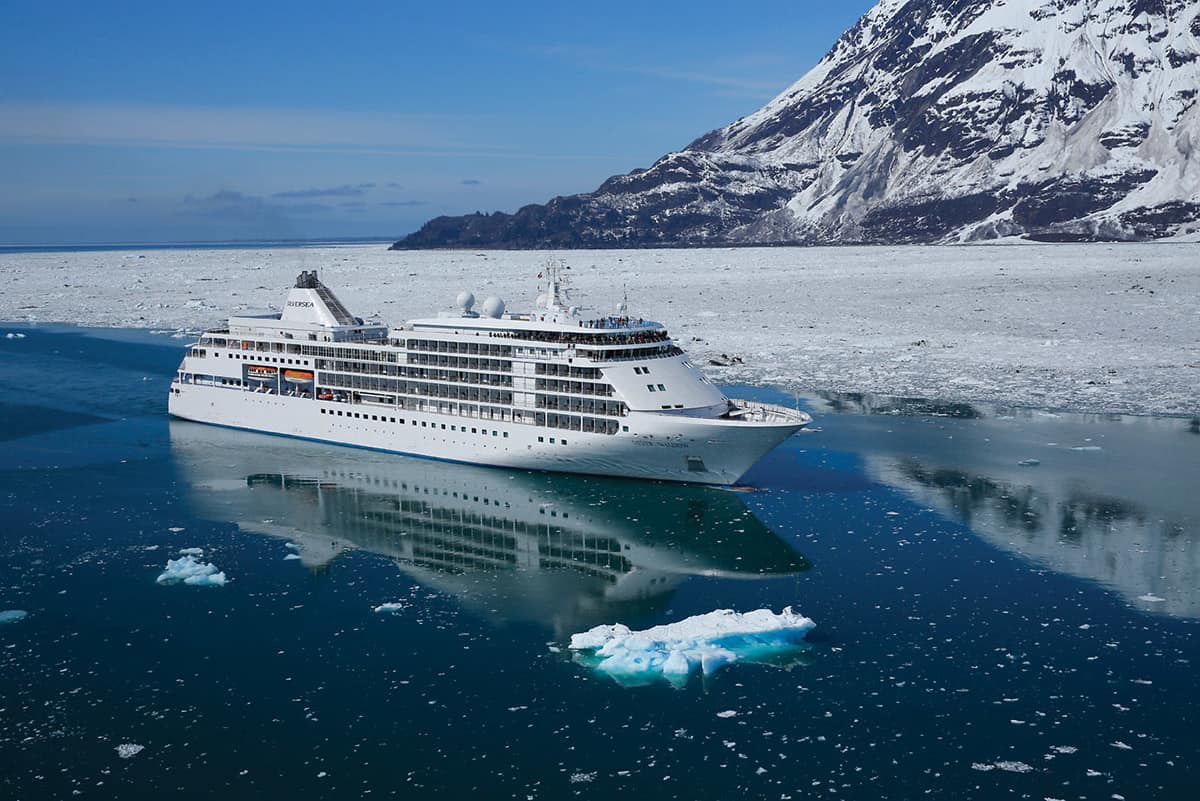 Silversea is a cruise line that offers luxury and expedition cruises in plenty of destinations in Canada, South America, the South Pacific, Europe, Africa, Japan and the North and South Poles.

Their fleet offers seven ships with a capacity between 100 and 540 passengers and include fine wines, champagne, spirits and beer plus various gratuities, shore excursions and all kinds of activities like yoga, aerobics or Pilates.

A 7 night cruise around the Caribbean, from Bridgetown, Barbados and back again comes at a quite low price tag, $2,350 per person. 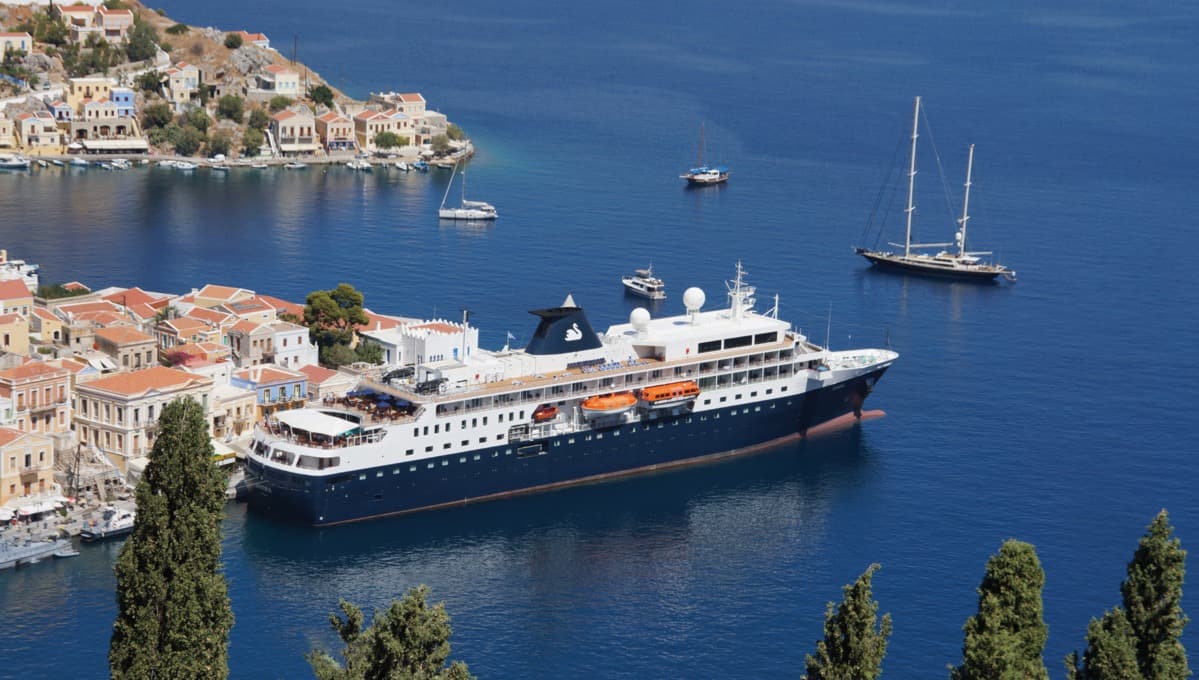 With the Mediterranean as its main destination, but including others like Norway, the British Isles and Iceland, the Swan Hellenic cruise line company and its 350 passenger MV Minerva, recently refurbished, offer interesting cruise options.

Their cruises have prominent guest speakers onboard and offer various shore excursions, gala nights with wine and dinner, bar credit and several gratuities. An example cruise like the 14 night Adriatic Accolade, from Rome to Athens, will pass through destinations like Albania, Croatia, Italy and Montenegro, and comes at a price tag of $3,390 per person. 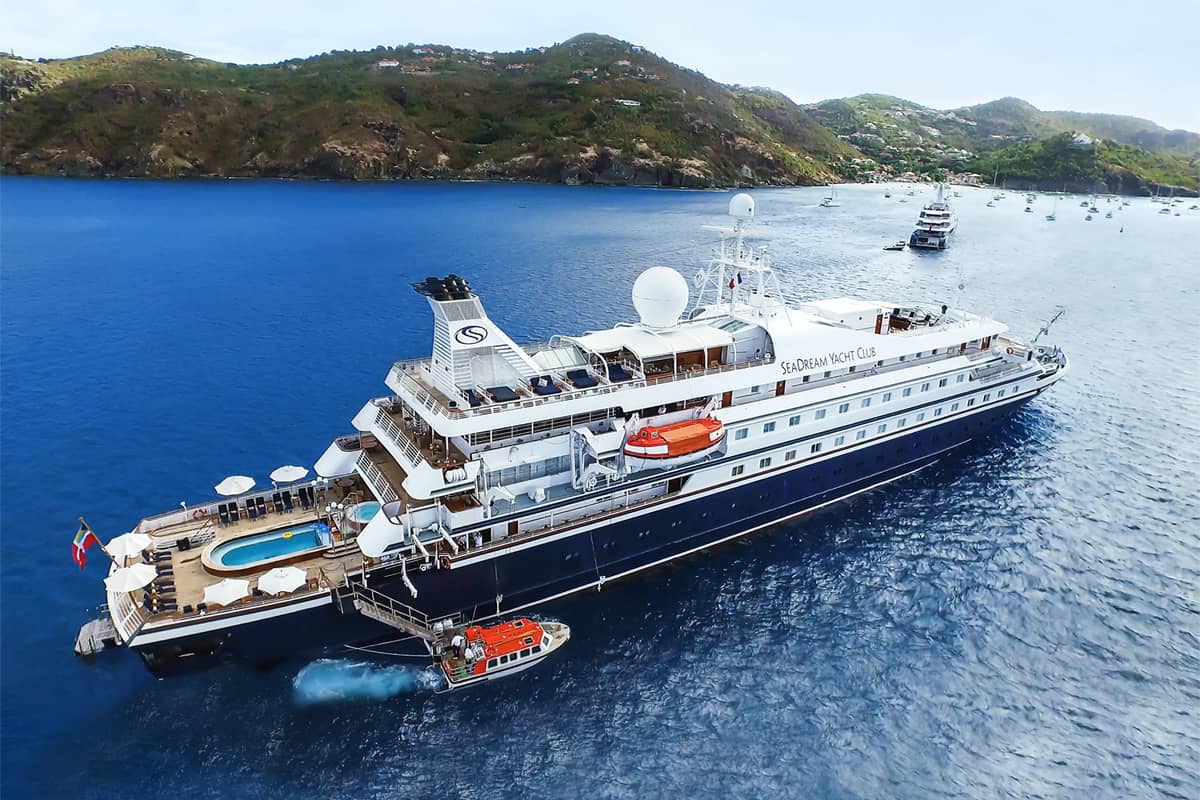 The SeaDream Yacht Club offers cruises around Europe, the Caribbean, Costa Rica, Asia and Australia in a small and special fleet. They’ve got two yacht like 112 passenger ships dubbed the SeaDream I and SeaDream II.

Onboard, passengers will find an open bar, all meals included, wifi, gratuities and plenty of fun activities on the ship or on the shore. The company has plenty of water toys available for guests, a top-notch golf simulator for those missing the sport while away and mountain bikes for the on land trips.

A week round trip on their SeaDream II visiting Malaysia and Thailand will cost $3,999 per person. 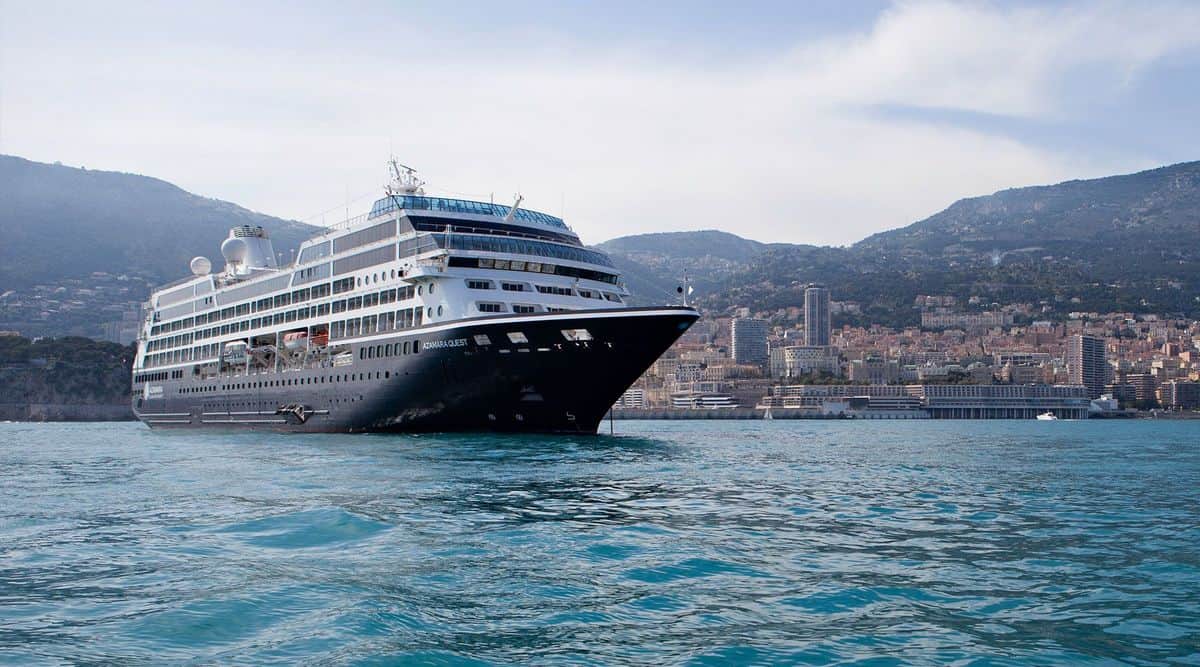 The Azamara Club Cruises comes with an interesting idea. Their ships are designed as floating country clubs and include plenty of drinks like boutique wines, international beers and spirits, plus nonalcoholic drinks, gratuities, self-service laundry, transport from ports to city centers and even airfare credit between $500 and $1,000 depending on the cruise.

What’s most special about them is that they’ve got what they call AzAmazing Evenings, nighttime events for some good fun away at sea. They offer cruises around Europe, Asia, the Americas and the West Indies. A 7 night cruise with them, from Barcelona to Monte Carlo will cost only $2,599 per person, which is quite alright compared to other cruise lines. 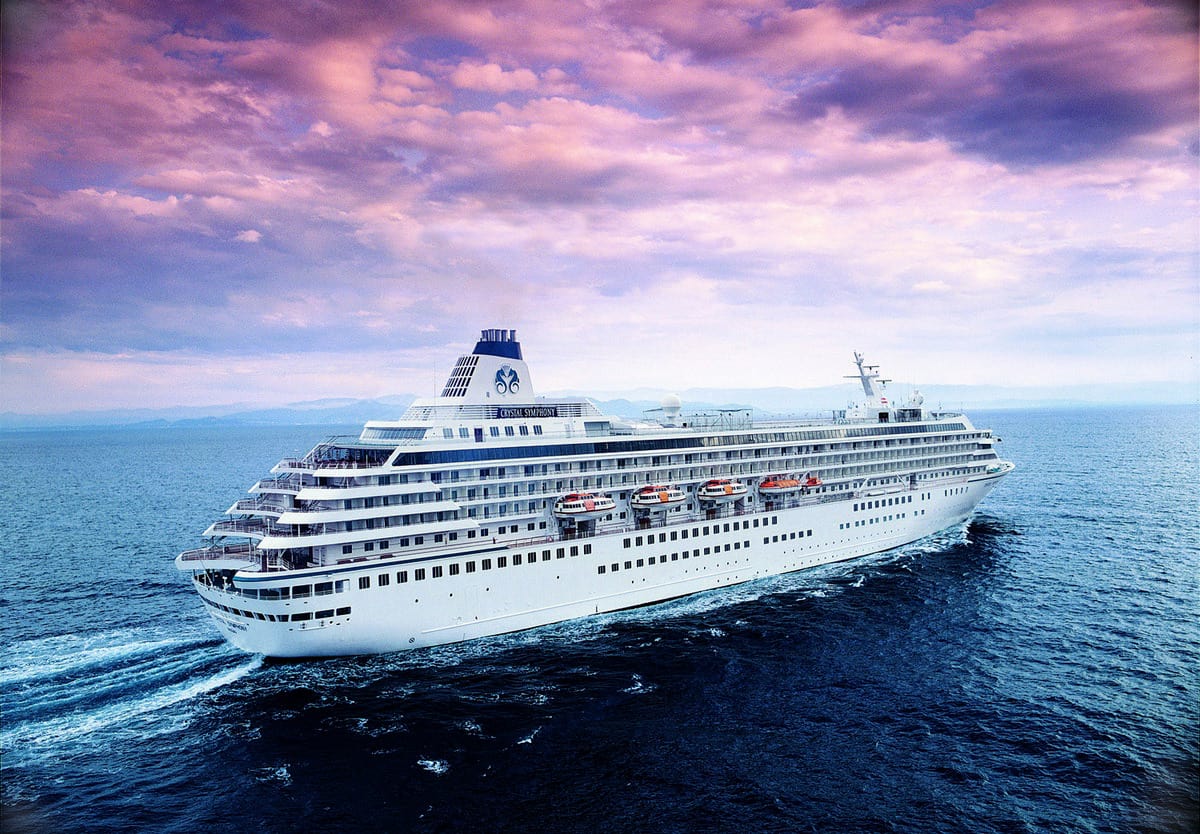 Crystal have the largest ships in the high end luxury category, one called Crystal Serenity and able to take 1,070 passengers onboard and the other, Crystal Symphony, a 922 passenger vessel. Their offer includes destinations like Europe, New England / Canada, the Caribbean / Panama Canal and world cruises.

The price of $2,830 per person for a 7 night round trip from Montreal is quite fair when you think about the fine wines and premium spirits offered onboard, plus dinners at specialty restaurants, gratuities and plenty of other services. They’ve got fitness classes you can attend to, golf lessons and also come with shuttle service in most ports and even interesting shore trip packages depending on the itinerary. 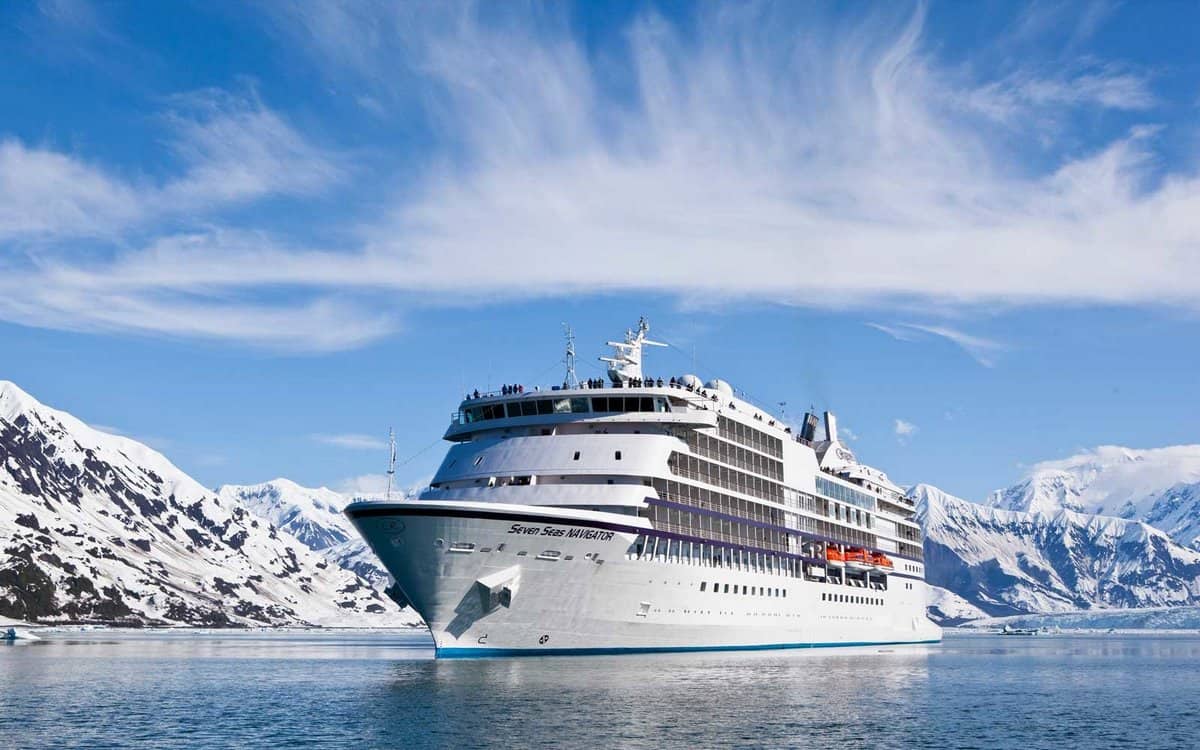 The Regent Seven Seas Cruises are among the most known cruise lines in the world and it’s no wonder why that is when they include practically everything in the price. Sure, the final amount may be higher than others, but it’s worth it.

On their two all suite, all balcony ships, one 700 passenger and the other 490 passenger, Regent includes specialty dinners, unlimited drinks from non alcoholic and soft drinks to premium wines and spirits, ensuite mini-bar, shore excursions for every stop and plenty of other gratuities.

They even offer round-trip airfare (on business class for their high-end suites) luxury hotel accommodation before the cruise and transfers to the ship. Among the destinations, there’s Alaska, Europe, the Caribbean, Asia, the Pacific and South America. And since we were speaking of their bit higher price, a 7 night cruise from Rome to Monte Carlo on their Seven Seas Mariner will get to $4,799 per person. But you get everything.