Home ‣ Luxury Lists ‣ The 10 Most Beautiful Countries in the world, voted by You

The 10 Most Beautiful Countries in the world, voted by You

Our world is a fantastic mix of different cultures, languages and ethnics that create a beautiful chaos ready to be discovered and enjoyed by each and every single one of us. You will never get bored traveling as each country has its own charms and specialties: from terrain to culture, breathtaking landscapes and historical marvels.

But there are some countries which are considered more beautiful than others. Blessed with a unique natural beauty and with so many superb man-man wonders, from magnificent cities to charming historic villages, there are a few countries in the world which are on the list of most travelers. Let’s take a closer look at the top 10 Most Beautiful Countries in the world, a list that was hand picked by you. 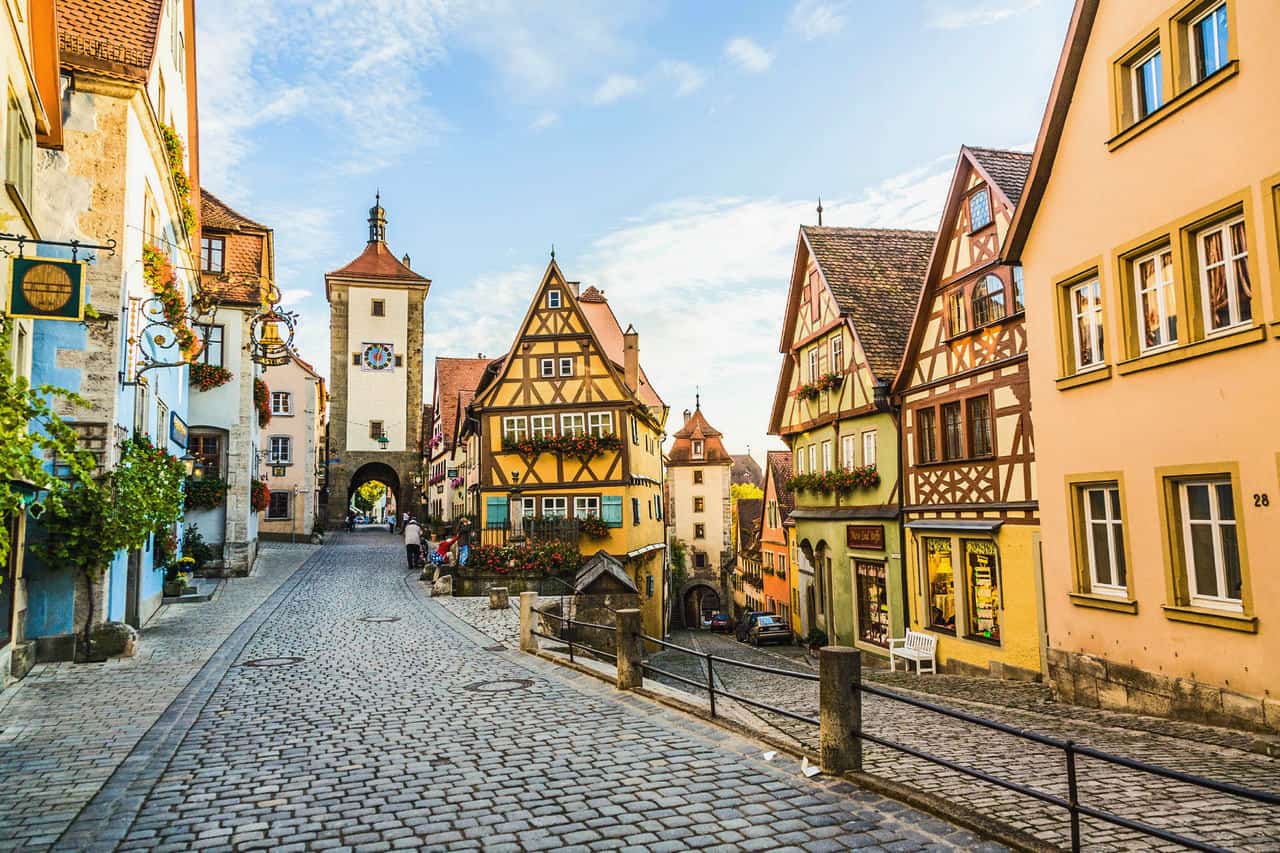 One of the most underrated countries in Europe if not the entire world, Germany is one of those places that makes you think about castles, forests and good old fairy tales.

While most people think about Berlin, Munich, Frankfurt or Hamburg when they think about Germany, there are many other charming places that inspire exploration, such as the lovely city of Cologne or smaller towns like Dresden, Leipzig and Bremen or the superbly preserved medieval towns of Regensburg or Rothenburg.

But the real beauty lies beyond the cities. It lies along Bavaria’s Romantic Road with its plethora of castles, in the lakes and soaring peaks of the Alps, the unbelievable land of the Rhine with its vineyards or the mesmerizing Black Forest. Touring Germany is a vacation everyone must have. 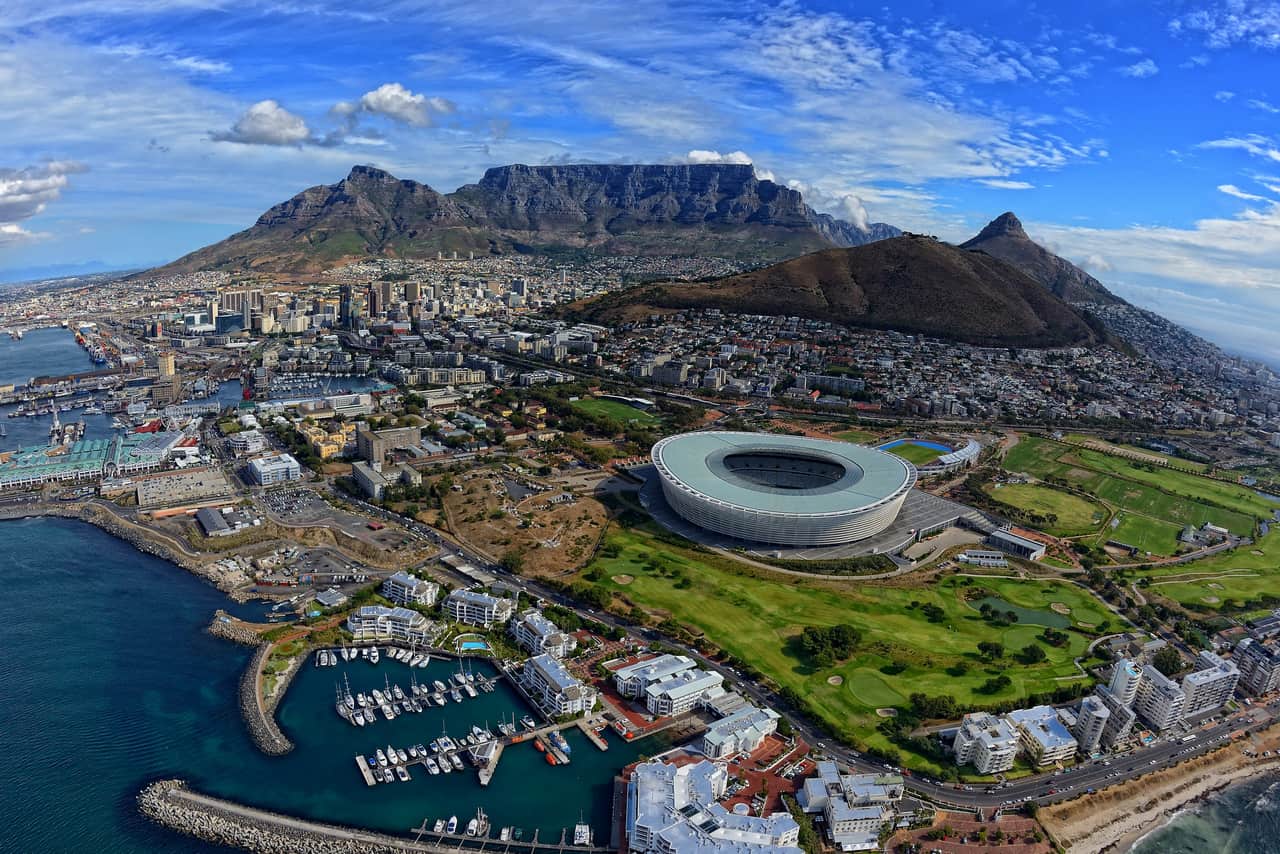 With Cape Town being one of the world’s most renowned cities, South Africa wins a spot on our list, and not because of the capital by itself but of what this country has to offer. It’s a land of diversity and epic landscapes and one of the most inspiring countries in the world.

From the Blyde River Canyon and the Drakensberg Mountains to the Kruger National Park, visiting South Africa might be one of the most memorable experiences one can have. Yes, the country has its share of problems, but once you escape the capital city and head in to the vast wilderness around, you can’t be unimpressed. 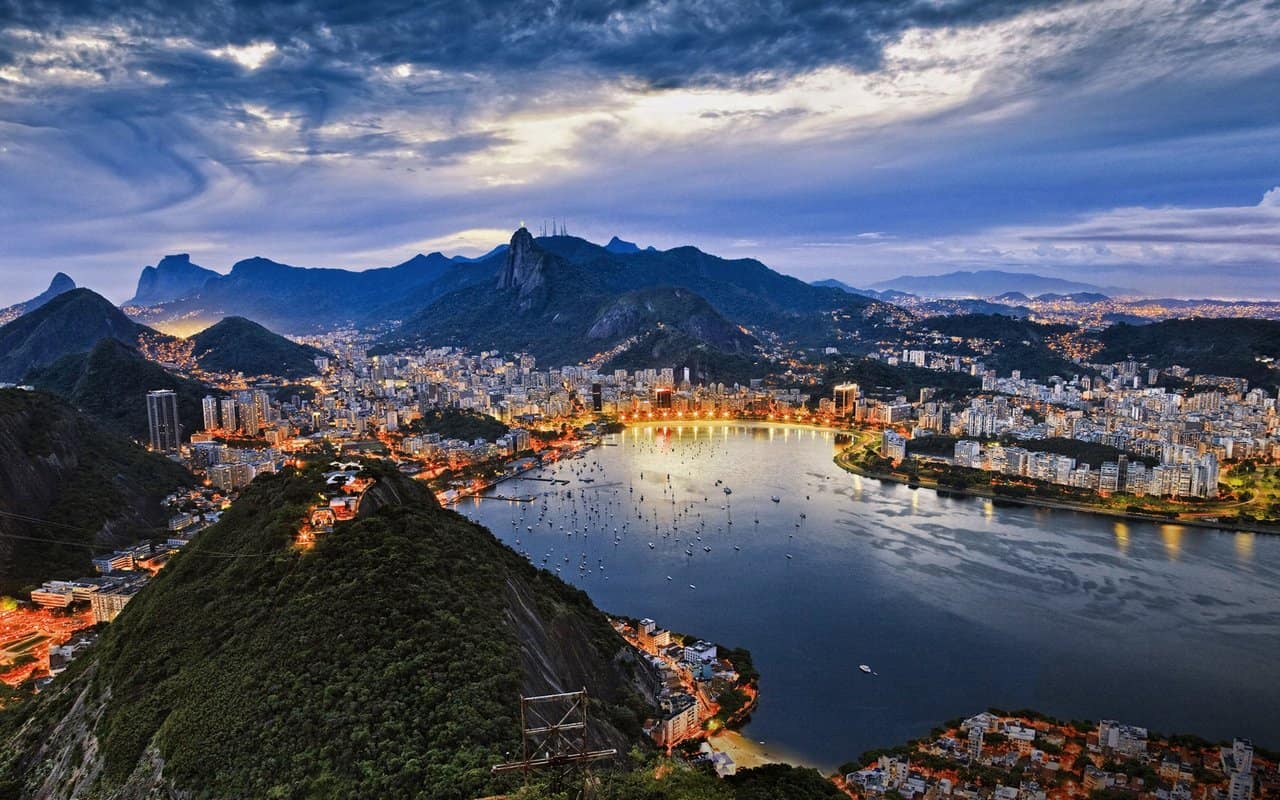 Brazil’s Rio de Janeiro is widely known as one of the most beautiful cities in the world, but what the country has most of is its astonishing nature. The long stretching and unimaginable wild Amazon is something many dream of but almost nobody can really comprehend. The Iguacu falls is one of the world’s most breathtaking waterfall.

But there’s more to Brazil than its amazing nature. On the cultural side it’s equally impressive, with colonial baroque architecture, golden interiors and traditions that give this country a warm and soulful atmosphere. 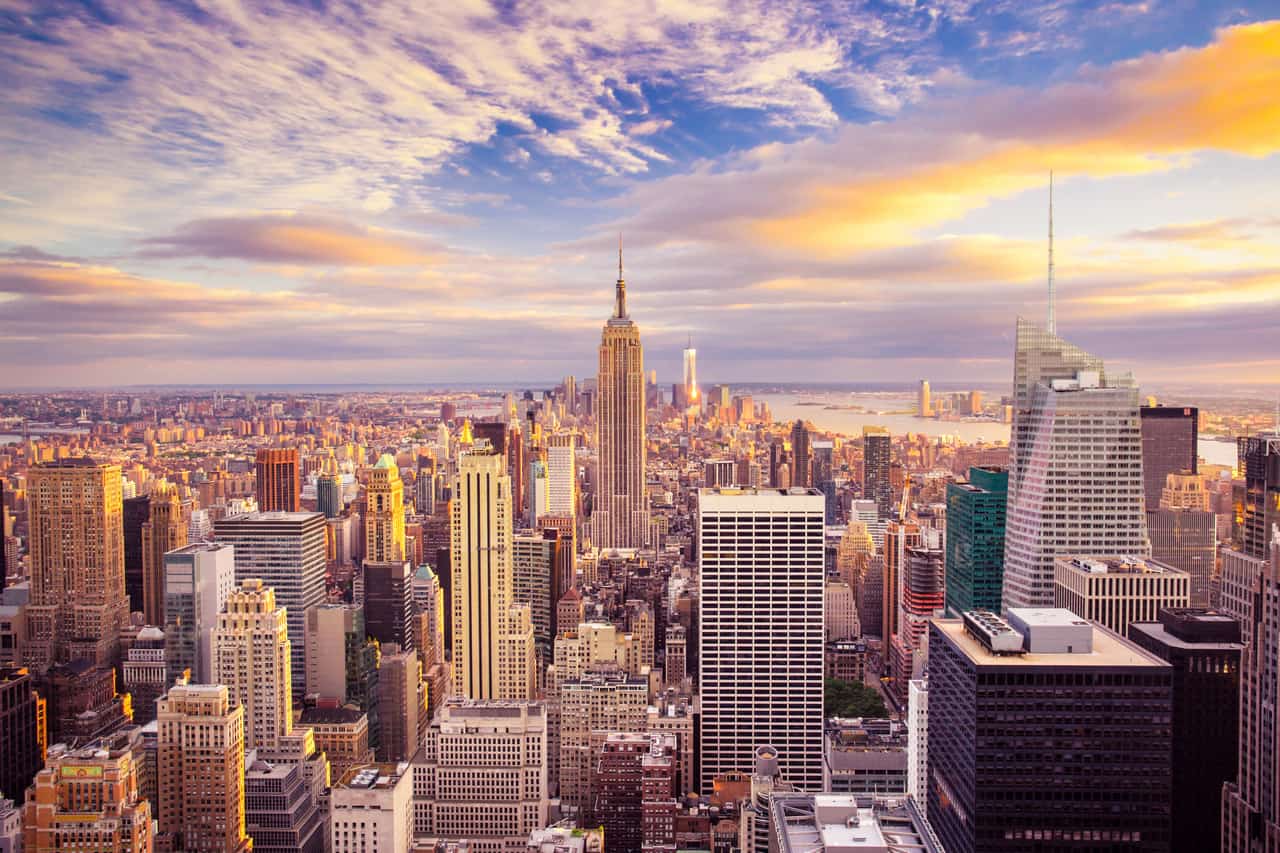 Some would say that the United States of America is one big parking lot, with too many shopping malls and fast food courts, cheap hotels and bad suburbs, with many people trying to live the falsity of the American dream. On the other hand though, America probably has some of the most beautiful natural landscapes on Earth.

The vast and beautiful America has the Grand Canyon, the Hawaiian Islands, the crystal clear waters of Lake Tahoe, the Alaskan lands with their unbelievable wildlife and many other breathtaking scenery like the ones in Yosemite, Yellowstone, Monument Valley or other great national parks.

From San Francisco to the Great Smoky Mountains, the US has plenty of natural and man made wonders to offer to anybody who chooses to open their eyes. 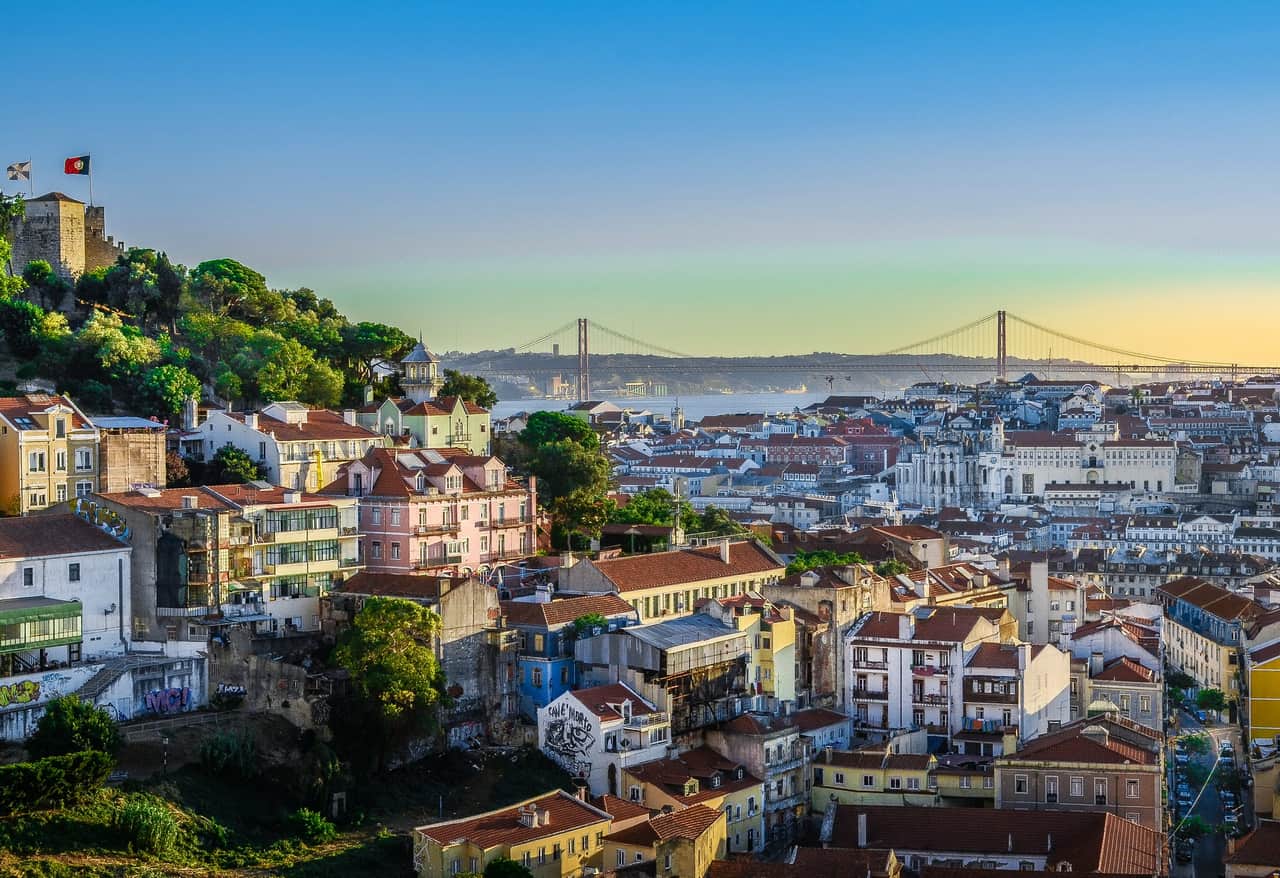 The little coast country of Portugal, with its scenic and beautiful old cities of Lisbon and Porto, with the Azores and their volcanoes and natural wonders and with Madeira, the floating garden, has plenty of natural beauties to show to every traveler stepping on its land.

The mainland, with the dramatic coastline and the serenity of its plains and valleys and all the medieval villages has a unmatched beauty. From the Alentejo plains with its medieval villages of Marvao and Monsaraz or the superb and fantastic land of the Douro Valley, Portugal is full of grandeur, sun and beautiful diversity. 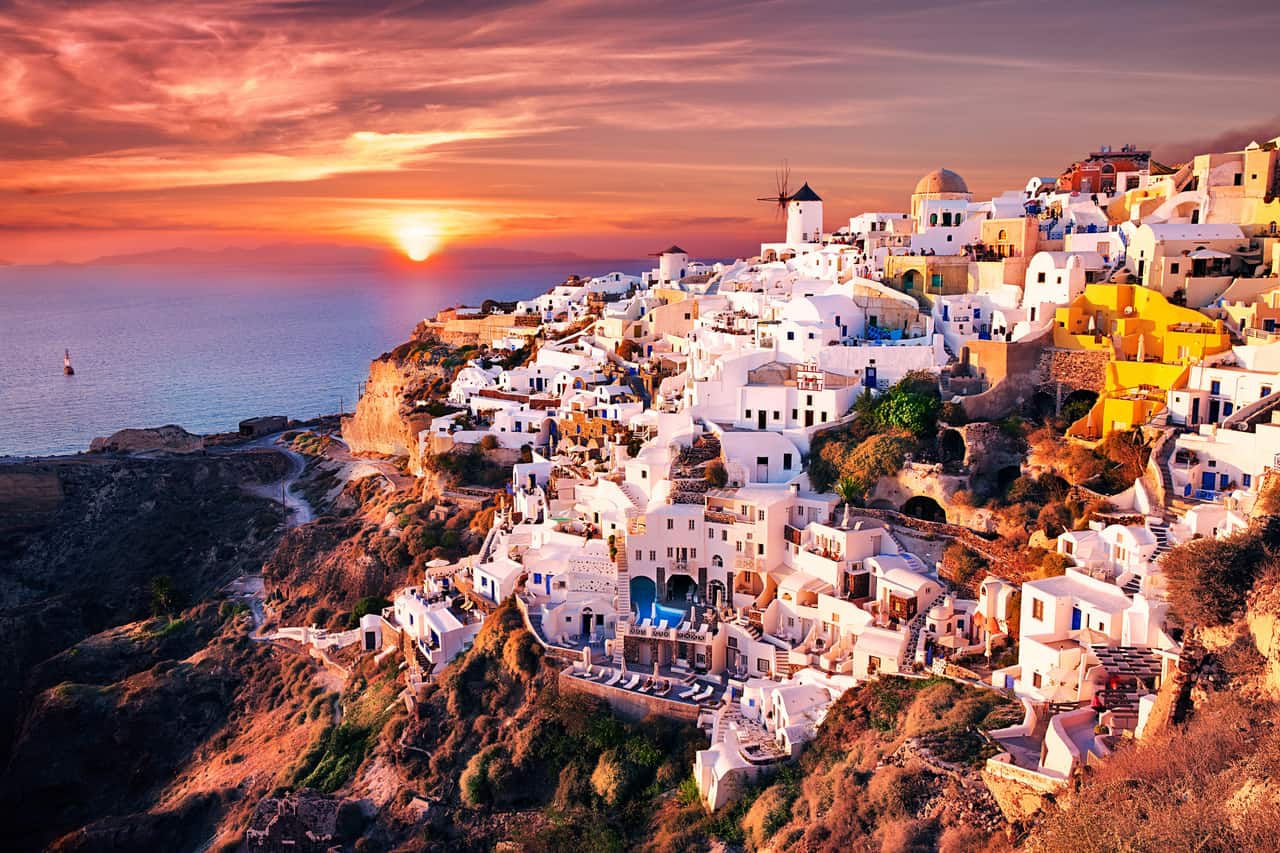 The Greek Islands have been always considered a paradise by so many travelers. Their superb beaches and the clear waters of the Aegean Sea, the magic and grandeur of Mount Olympus, hundreds of ancient ruins and the extraordinary Meteora complex make Greece one of the most beautiful countries in the world.

No matter what you’re seeking, Greece has plenty to offer to everybody, from gorgeous islands to a diverse and colored capital city. 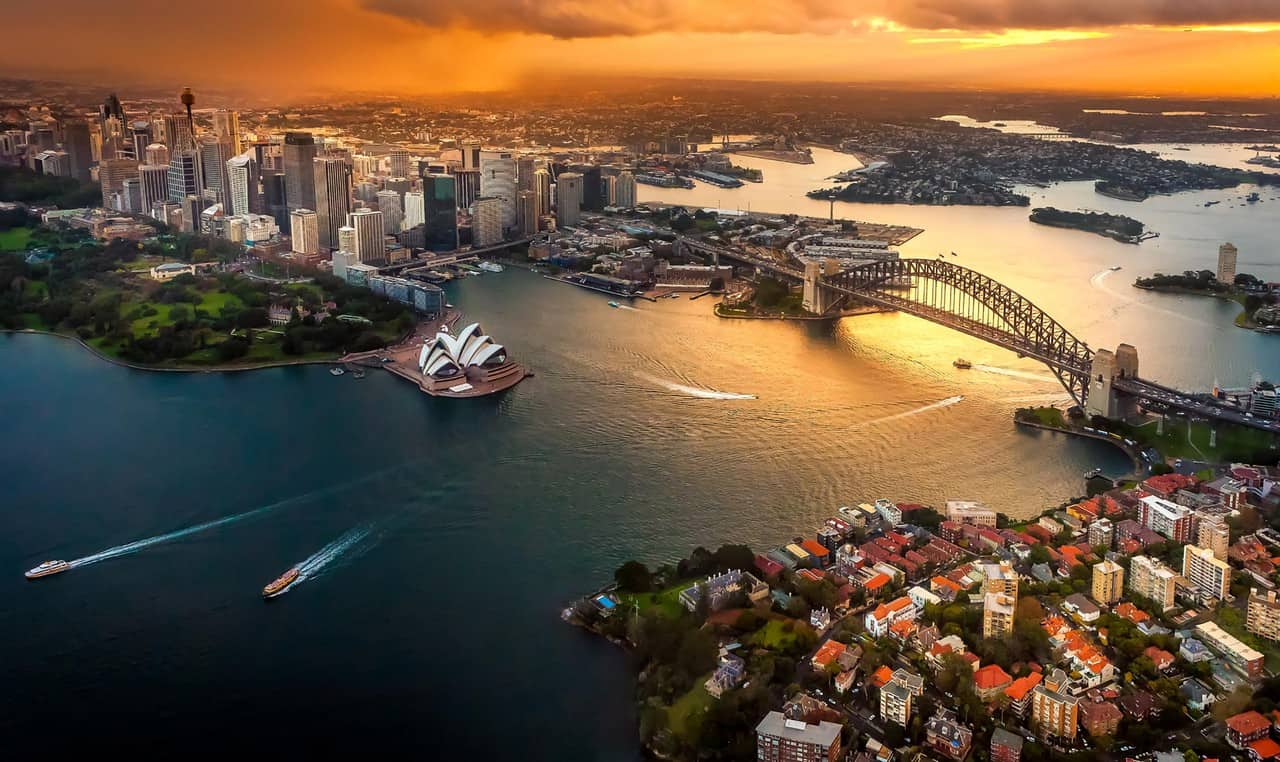 The largest island and the smallest continent, Australia is more than just a simple country. It’s another world. With a wide range of extraordinary landscapes, from the Mornington Peninsula National Park to the Great Barrier Reef, the Outback and the Uluru-Kata Tjuta National Park with its famed stone monolith, and the Kakadu National park or the pristine tropical Whitsunday Islands, Australia has it all.

On top of that all, there’s the man made Australia. Sidney and it’s harbor are some of the world’s most iconic urban locations. For those who feel at home on the road, there’s the Great Ocean Road to be ridden as well. 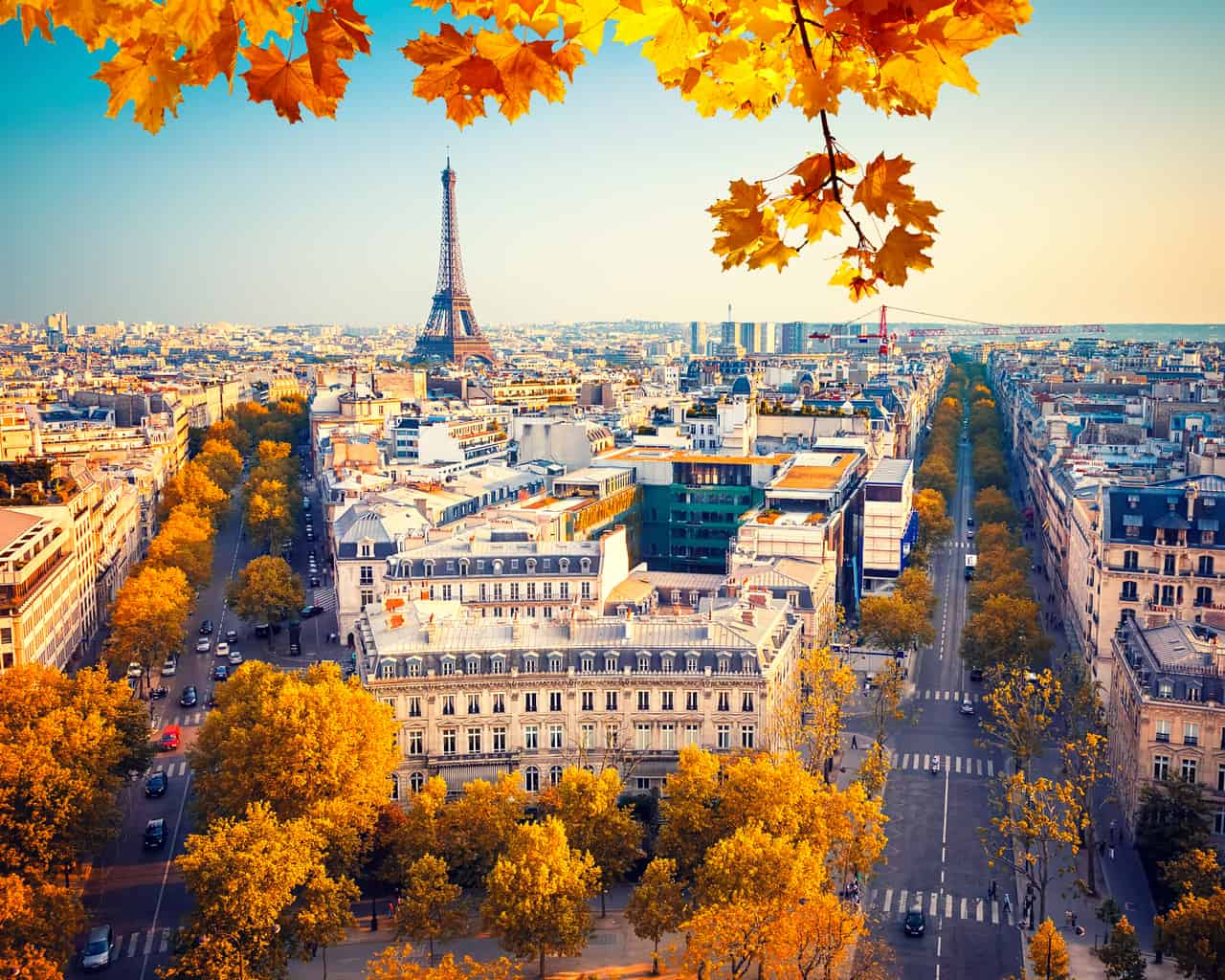 France would show up on this list even without Paris, with its superb bohemian atmosphere and cultural grandeur. While Paris gets most of the attention when people talk about France, there’s so much more to see in the country.

Charming villages that remind of the Old World, lush green valleys, vineyard plains and gentle rolling hills are also something not to be missed when traveling to France. From the stunning Riviera to Louvre and Versailles or the castles on the Loire valley, France doesn’t miss any opportunity to impress its guests.

And then there’s the usual life in France, lived in outdoor cafes, lovely little towns and wine regions such as the famous Bordeaux and Champagne. If that sounds too mellow, let’s not forget about Mont Blanc or the gorgeous Chamonix valley. 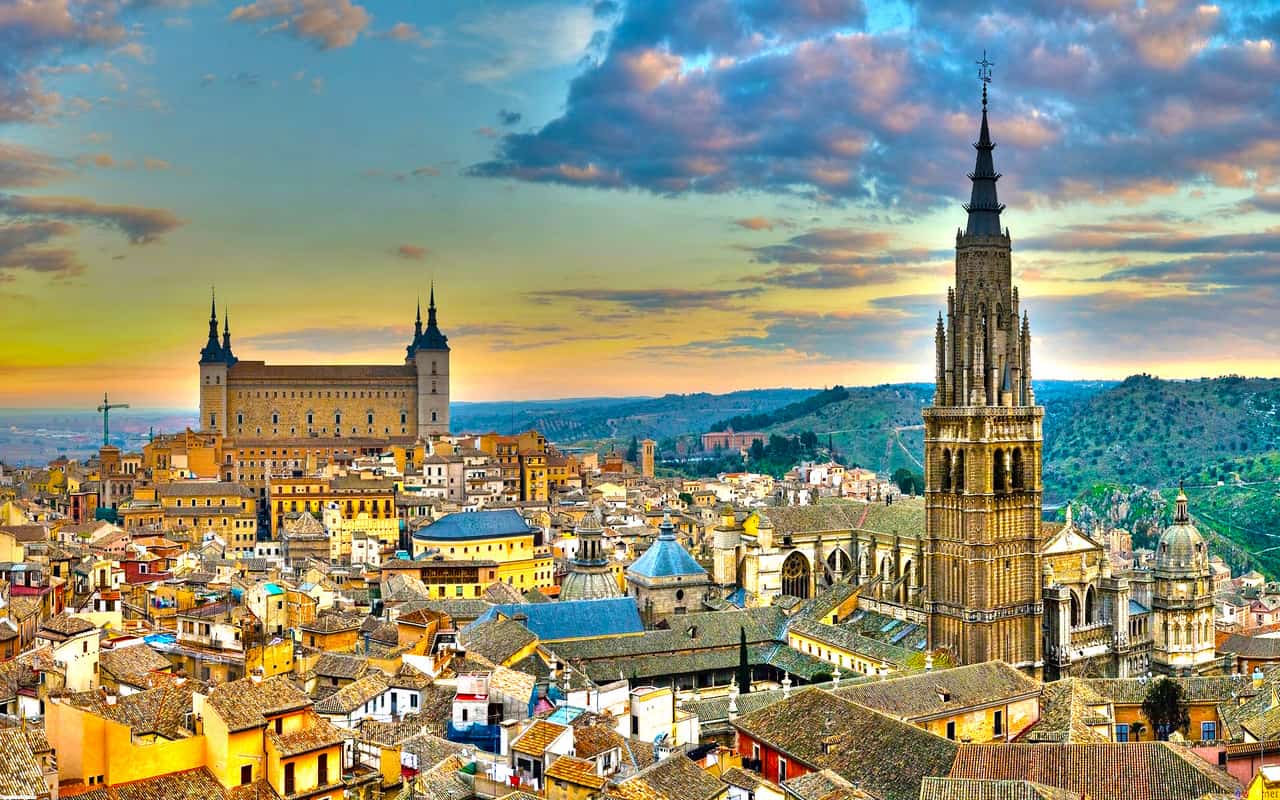 Although known for some of its famous cities and islands, Spain proves itself as one of the most diverse countries in the whole world, with plenty of experiences to offer, from white Mediterranean villages to modern and culture rich urban centers. Barcelona, Madrid, Sevilla, the Pyrenees, Andalusia are only a few of the names that make Spain what it is, a marvelous and seductive country.

Its people are mad about living the good life and share that passion on every occasion, no matter how big or how small the city or village. Spain also hosts some of the most impressive architectural achievements of mankind, from the Alhambra to the Great Mosque of Cordoba. 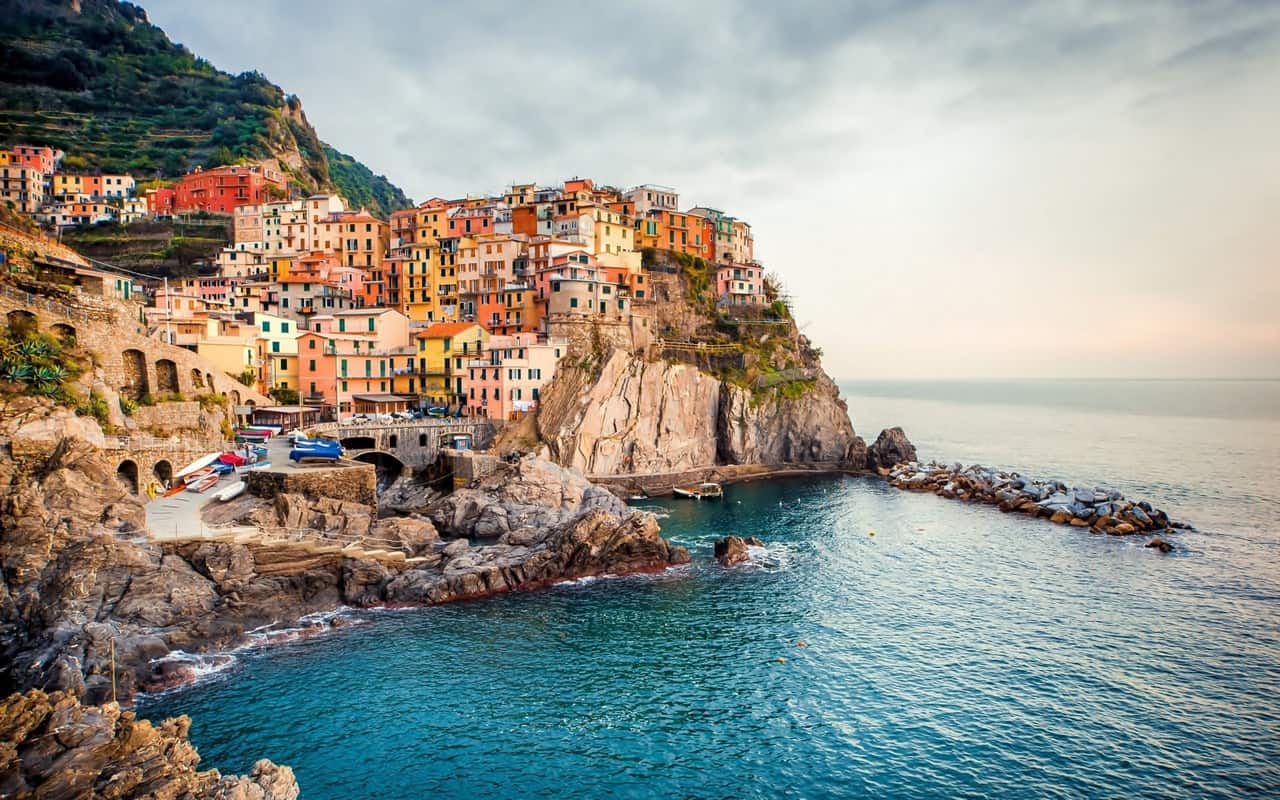 Italy might be one of the world’s most visited countries, but it’s all for good reason. Nowhere else you will find such a rich concentration of beauty, from nature to architecture. With some of the most beautiful cities and villages in the entire world, rich cultural treasures and some of the most magnificent landscapes out there, Italy has it all.

It has Venice, Florence and Rome, with their amazing and diverse architecture, the natural wonderland of Tuscany, with all its charming rolling hills, vineyards, roman ruins, and anything from serene beaches to high snow capped mountains. It has the Alps, the Amalfi Coast and Lake Maggiore. And it gives a feeling that nowhere else on Earth will you find a richer and more beautiful country.

The 10 Most Beautiful Countries in the world, voted by You
Tags:
Previous Article
Meet your new favourite golf shoe: PUMA Ignite NXT
Next Article
An analogue ride for the digital age: The new BMW R18 Concept