10 Small Motorcycles You Will Surely Love

Freedom comes in many forms in life, but none of them is like riding a motorcycle. Hitting the open road, wind in your hair – though you should always wear a helmet – and going across the country is a feeling unmatched by anything else. But that’s not everything a bike really is. There are all kinds of motorcycles around, and some of them are more fit for life in the urban jungle.

Meet the urban commuter. The idea is not new at all, but the big following it has recently is quite new. More and more motorcycle manufacturers have focused on this sector of smaller, playful bikes to ride around town, helping you avoid traffic and full parking places and even saving money on fuel. We’re not talking of scooters or mopeds here, but real motorcycles that have the perfect characteristics and fun factor for life on the open road – well, between home and the grocery store seven blocks away.

Most would think that small motorcycles aren’t motorcycles at all, but we’re here to prove you wrong. These new urban commuter beasts are built with quality and agility in mind so they’re super fun to ride and will give you the right thrills no matter how fast you’re going on your grocery run. And they are going fast. They’re even able to take you on small adventures beyond town.

So let’s not waste time and take a good look at the 10 small motorcycles you’d be proud to ride around town: 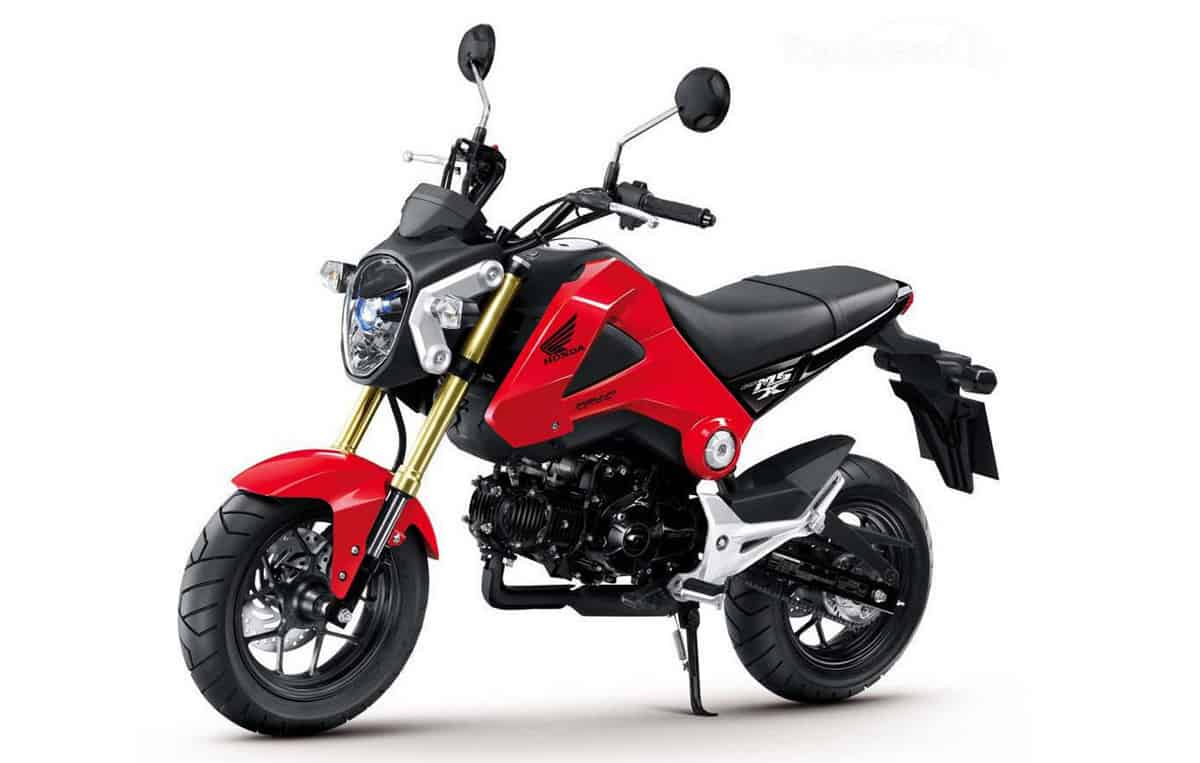 As we mentioned, there are all kinds of motorcycles, from the big tourers and adventure bikes to the small capacity ones for riding around town, and then there’s the Honda Grom. This one is something a little more special. It might be too small, it might not be able to take you on a little adventure outside town, but it sure as hell is fun.

The Honda MSX125 Grom is a mini bike. Yeah, you read that right, a mini bike. And it’s a big hype around it lately. After its apparition on the scene in 2014, the tiny Honda Grom got plenty of worshipers. It’s not the most practical bike in the world, but it’s simple, reliable, fun and very cheap to run and maintain. And you surely don’t need a full parking spot for it. Maybe just one fifth.

The Grom is powered by a 124 cc liquid cooled single cylinder engine, which produces a humble 9.79 hp and nothing but smiles. It’s why everybody who’s tried it loves it. It doesn’t want to be something else, it’s just what it is. A super fun and simple mini bike. The only downside may be the fact that you can’t take your groceries on this pocket sized bike. 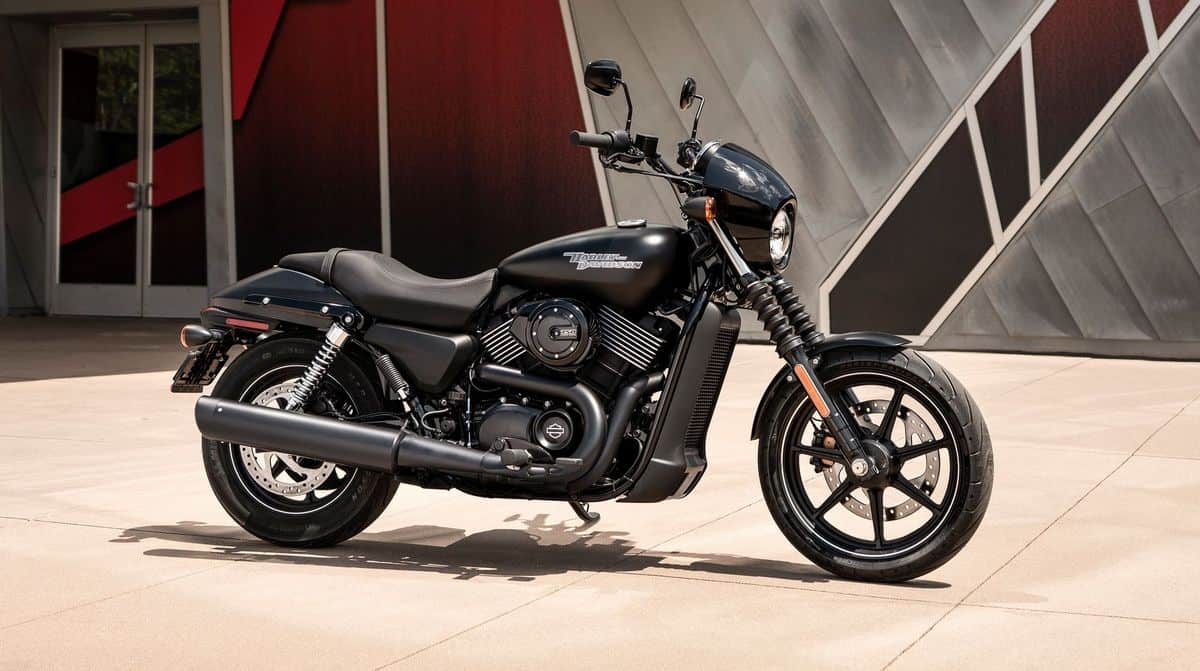 Harley Davidson couldn’t have missed this opportunity, so they’ve come on the market with the Street 750, available in a 500 cc flavor as well. The Harley Davidson Street 750 is a cruiser with enough agility to corner well around town. It has that long-haul look to it, but it’s been tamed enough for life on the urban road.

And for a base price of $7,550, it’s a quite affordable motorcycle for those who only know how to ride Harley Davidsons. For a lesser price, you can go for the 500 cc version. 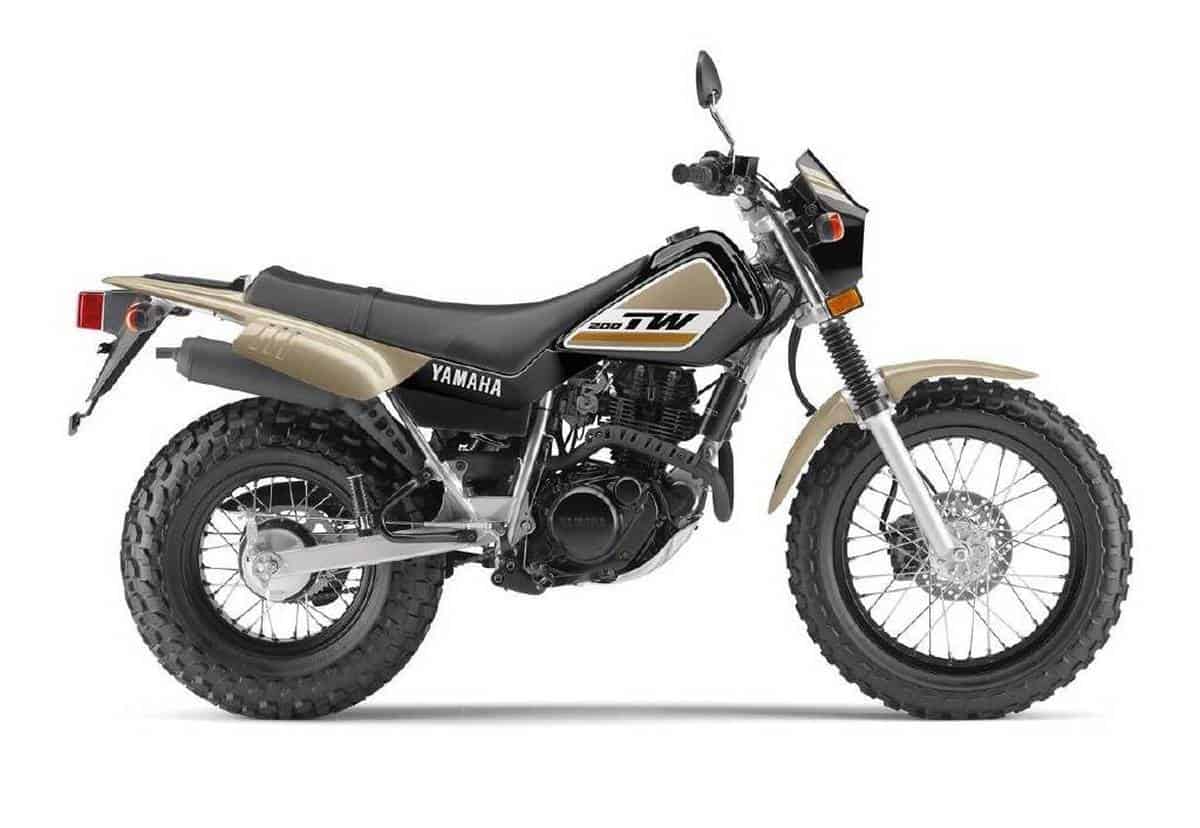 The Yamaha TW200 is not a city bike in the real sense. It’s a dirt bike with the capabilities of a tank. Well, a small 200 cc tank, but enough to handle tough pavements and hard highways, so no need to worry when your commute goes a little rough. In the countryside it’s where this bike shines, and not off-road, but off-trail for good. It can take you anywhere, from the crowded city streets to the roughest terrain out there.

It’s simple and fast enough for its 270+ pounds, doesn’t need much maintenance and at 80 miles per gallon, is quite a bless. The base price tag hits $4,599. 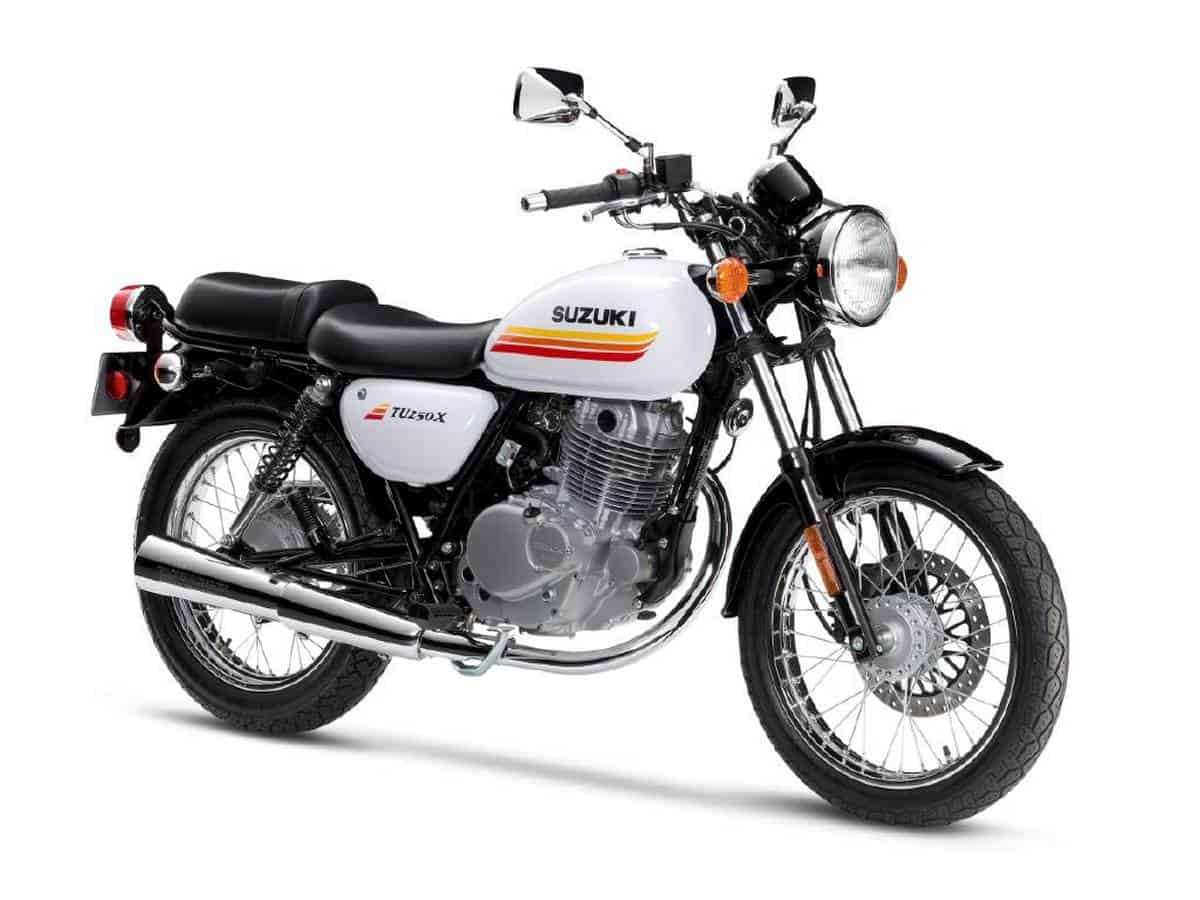 The cute tiny Suzuki TU250X is a lovely 325 pounds motorcycle made to simplify everything. Your life, your commute, and its maintenance. It’s accessible for new riders, both price and maneuverability wise and it’s almost perfect for riding around town.

With its 16 horse power, it won’t climb hilly streets too fast, but it will get you there, and without much fuel burned. It’s able to deliver over 80 miles per gallon, which is nice and it really looks stylish for a small unintimidating bike. The base price rises to $4,399. 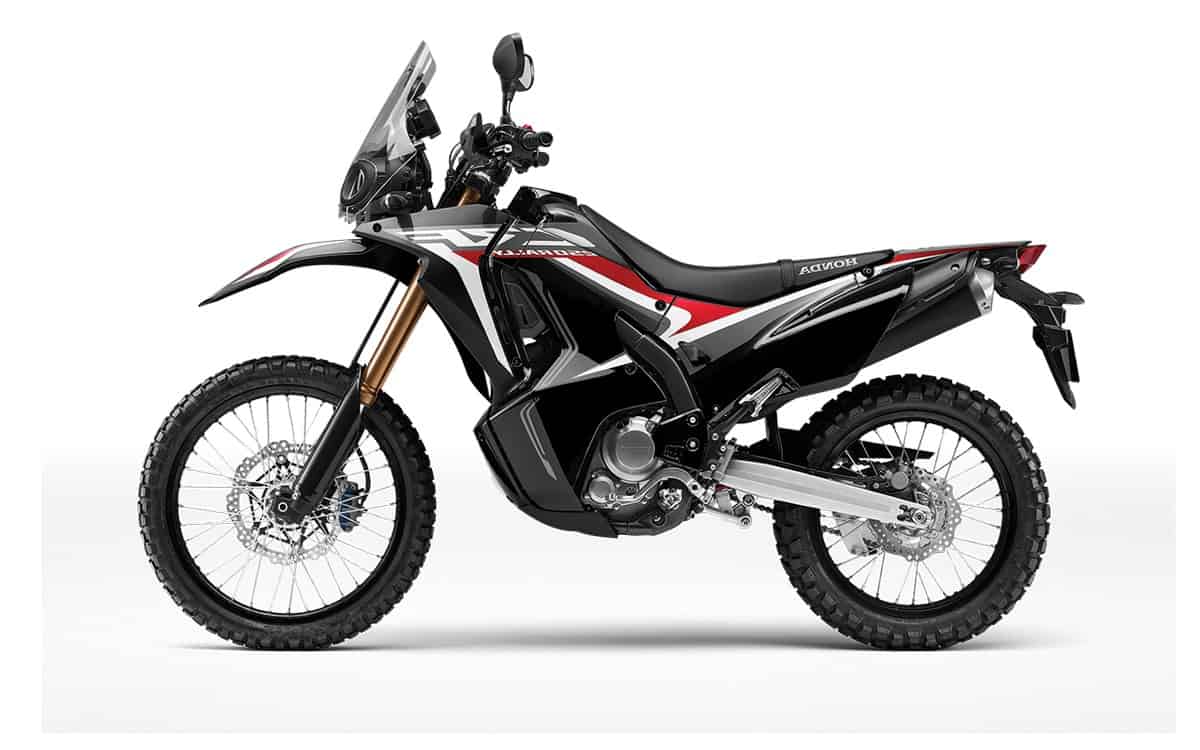 This bike is built to survive the roughest terrain, so you can ride it anywhere. Even in the city, should you look for a beast for your daily commute. No matter your purposes, you can always find a good use for this bike. The Honda CRF250 Rally is actually a CRF250L dirt bike that has been made a little bit more friendly.

It comes with a re-tuned CRF250L engine which outputs 24 horse power in a friendlier way and many other features otherwise unavailable on a bike like this. There are LED lights, advanced trail oriented tires and a good road presence. Overall, it’s a fun bike to ride both on and off-road and a very practical one for everyday life. And it only costs $5,199. 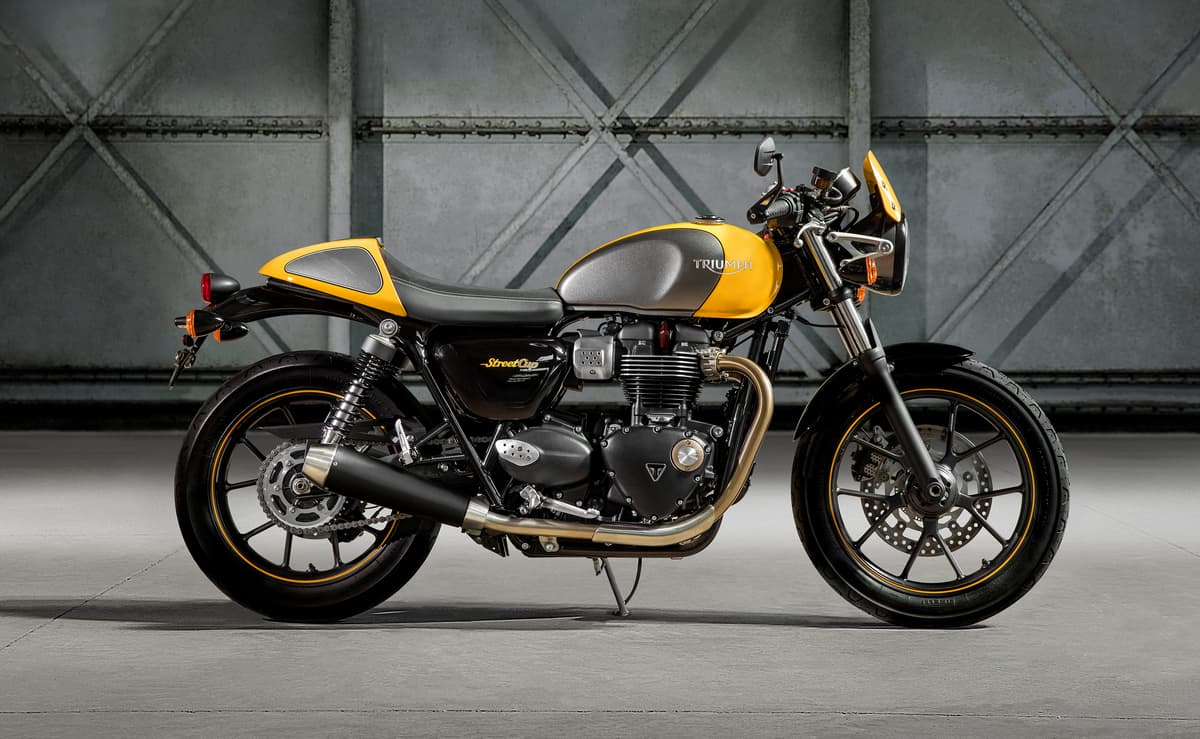 Now on to something more cool looking, the Triumph Street Cup, with its café racer style borrowed from the Bonneville range. Beyond its retro looks, the bike comes with ABS brakes, throttle by wire, and other high-tech gear on board, so don’t get fooled by its appearance. 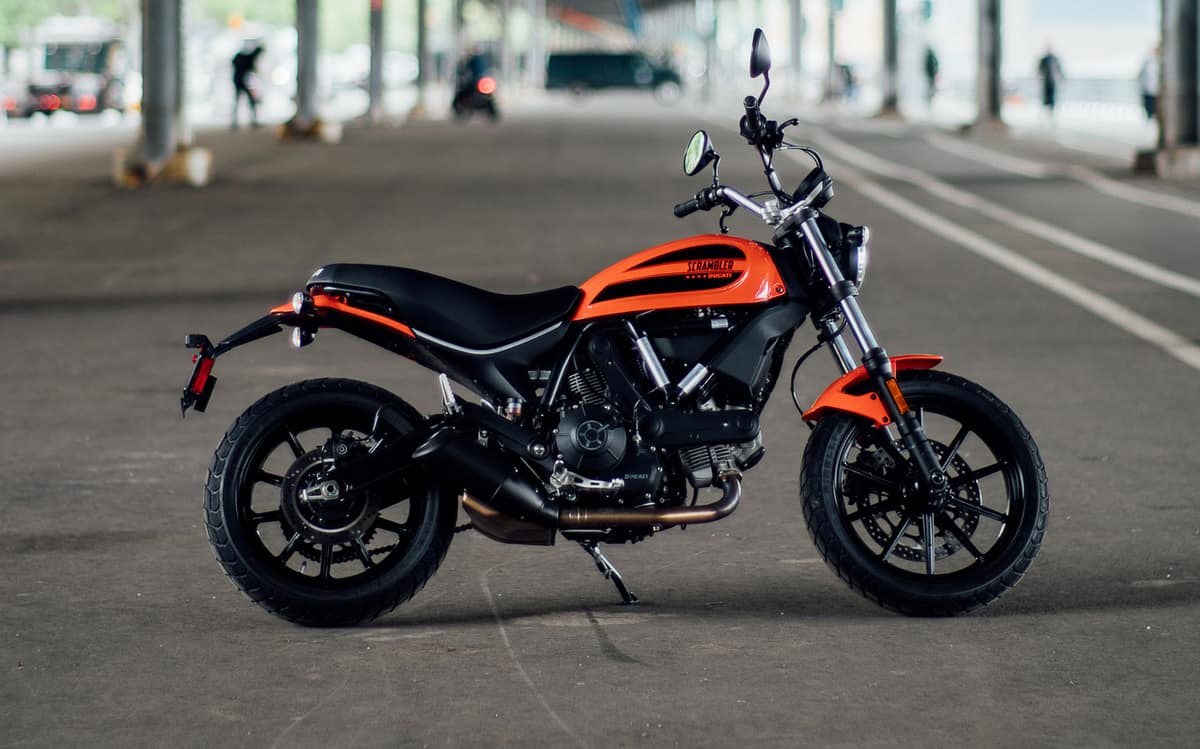 The Ducati Scrambler Sixty2 is the new pop star of the motorcycle world. Coming with some of the best features from the 800 cc bike, the new smaller 400 cc Ducati and its 46 horse power will attract both the beginner riders who want a cool looking bike and also seasoned riders looking for a good and more economic ride around town.

The Ducati Scrambler Sixty2 works smoothly and is able to get you on small weekend adventures as well, without leaving you feeling it’s either too much or too less of a motorcycle. One downside might be the price, which rises towards the higher end of the spectrum for this category, $7,499. 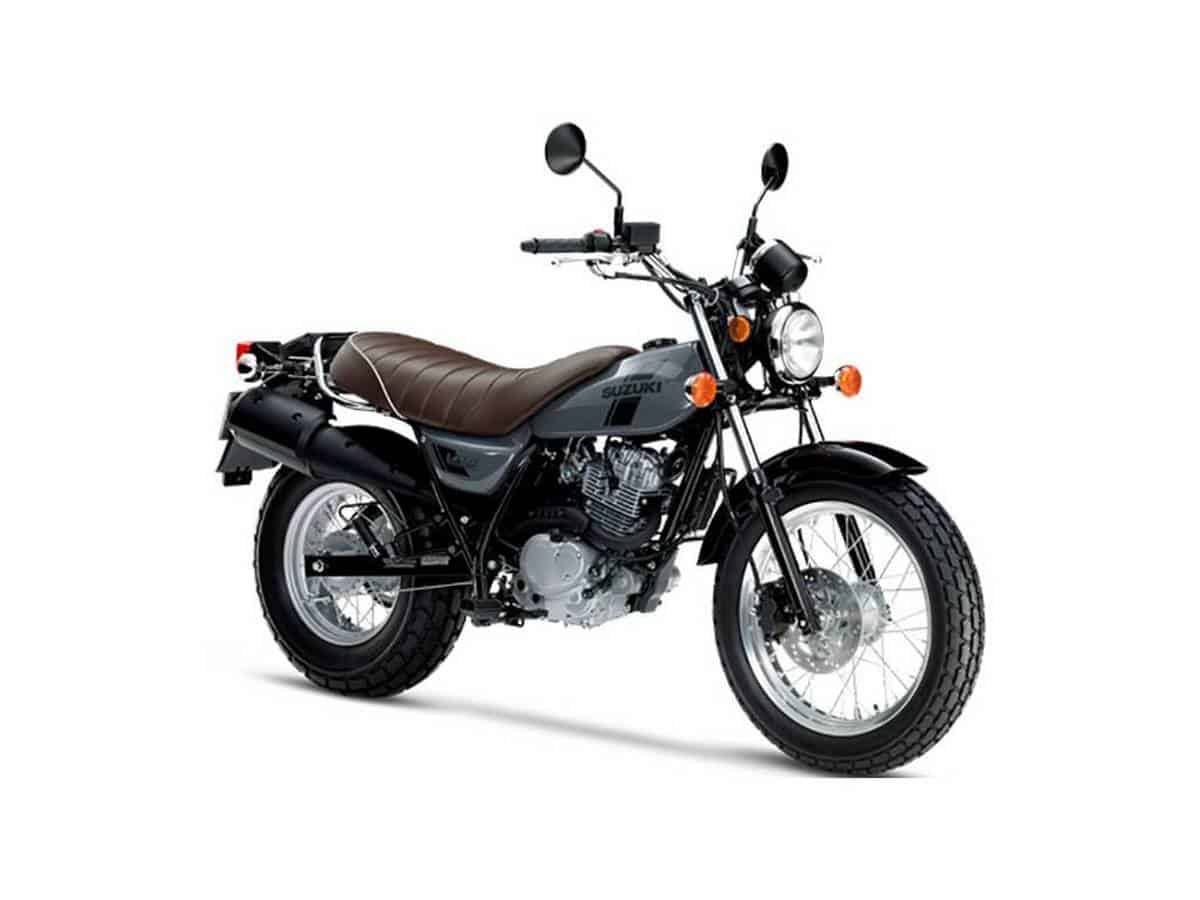 Suzuki have made a very good choice reviving an old classic to life. The often overlooked VanVan 200 motorcycle is a lot of fun. With its 199 cc single cylinder fuel injected engine and 16 horse power, the new VanVan passes as one of the best bikes for riding around town, but it can even take you on nice little weekend adventures into the wild.

Its awesome ’70s looks will make heads turn in the city traffic and the simplicity of it all will give you a relaxed mood every time you take it for a ride. And let’s not forget about that huge rear tire, which means a lot of playfulness both on and off-road. The Suzuki VanVan 200 loves cornering and dodging through city traffic. That if you like it too. And with a base price of $4,599, it’s an affordable fun bike to own. 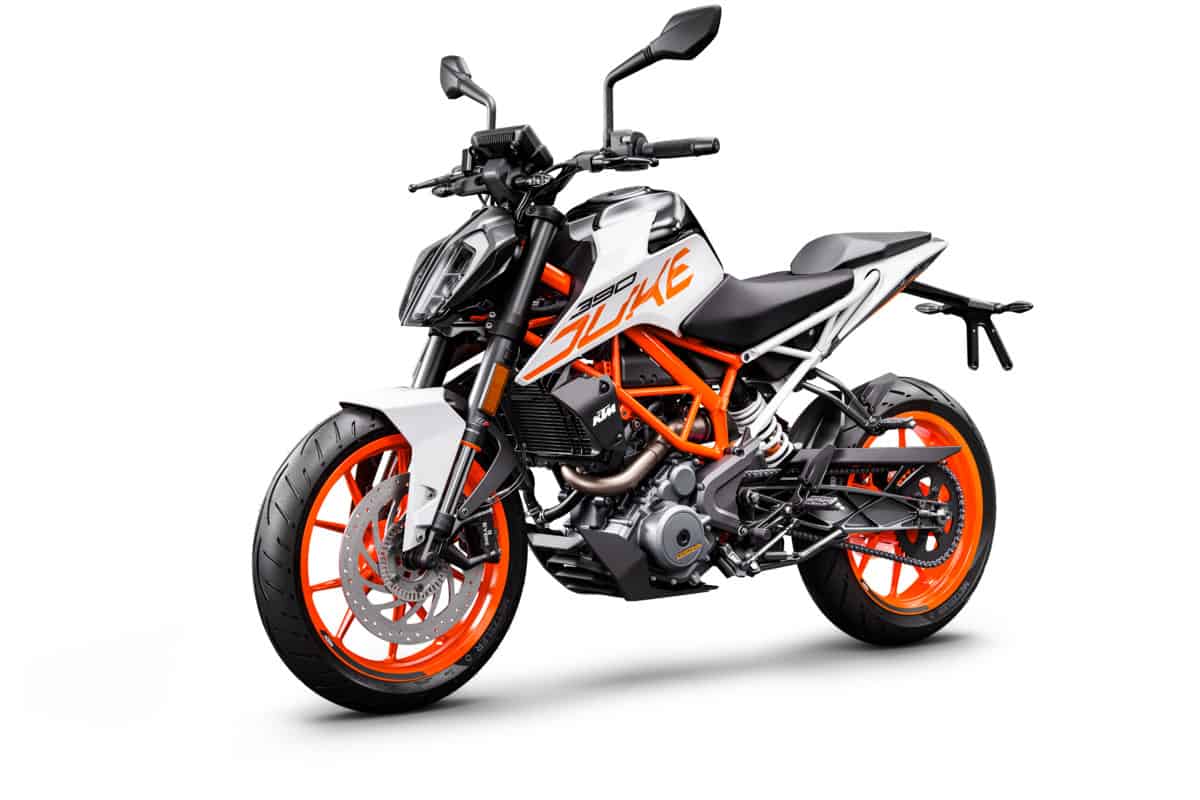 The KTM Duke 390 is KTM’s take at small road motorcycles with super good engines. Despite its performance, this bike is underrated and seen on the road less than it should be. The KTM Duke 390’s character comes with a 375 cc single cylinder engine which pushes the bike forward with the help of 44 horses.

The other features are great as well. It has WP suspension, Brembo brakes, ABS, and lightweight wheels, and everything in under 300 lbs if you can believe it. And with a decent price of $5,299, it’s one of the best options for riding around town. 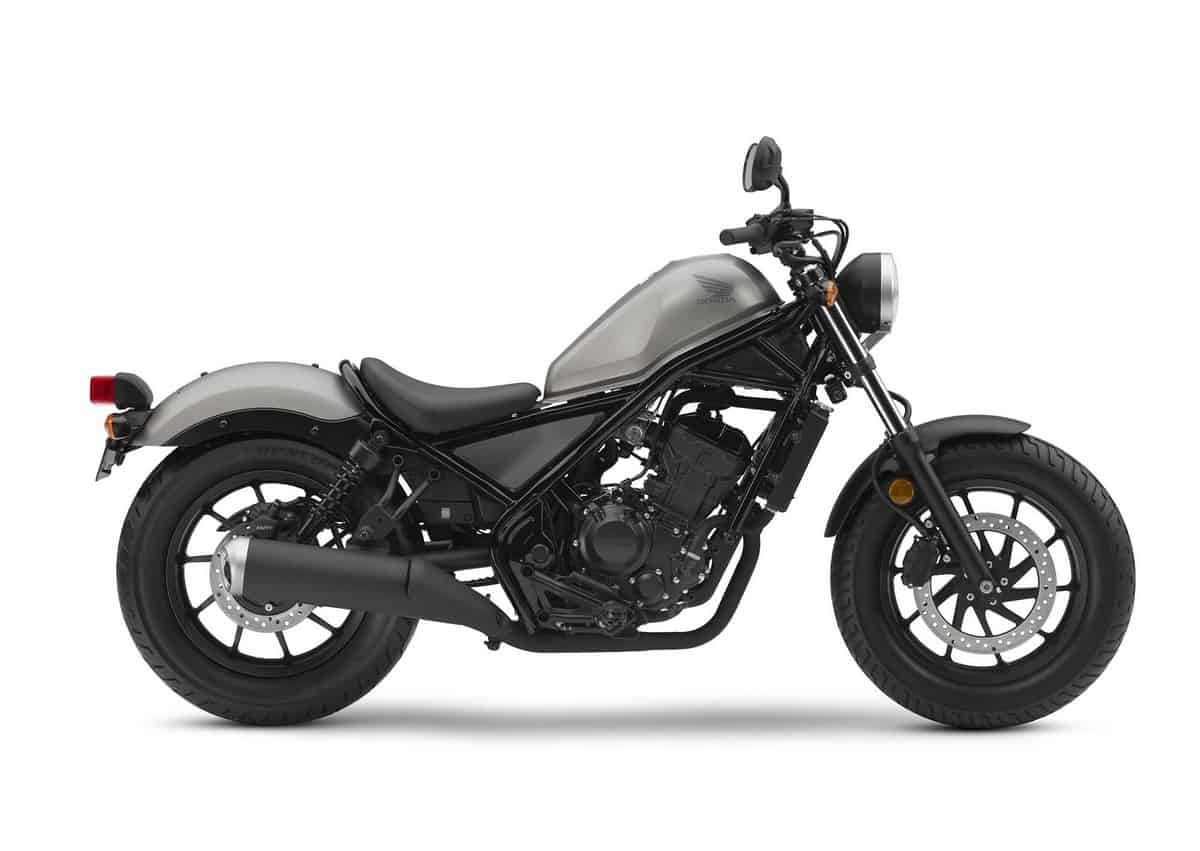 Honda Rebel is the classic example of a survivor. Famous as an entry level motorcycle especially among driving schools and beginner riders, the Rebel has stood the test of time and today has made a comeback wearing a fairly new jacket.

The new Honda Rebel 300, with its bigger 500 brother, takes the old bike into the 21st century. The 300 Rebel is a sporty bike with a cruiser look and has a few aces down its sleeve when on a city street. It’s not your take it anywhere motorcycle or one with the best performance, hell, it’s not even comfortable enough to ride for hours and hours on end, but it does one thing well. The Honda Rebel 300 loves to play in the heart of the urban jungle.

10 Small Motorcycles To Ride Around Town
Tags:
Previous Article
Ateliers de Monaco Presents Tourbillon Oculus 1297 for Only Watch 2019
Next Article
How to Save Money When Chartering a Private Jet