The 10 Best Cafe Racers You Can Buy Right Now 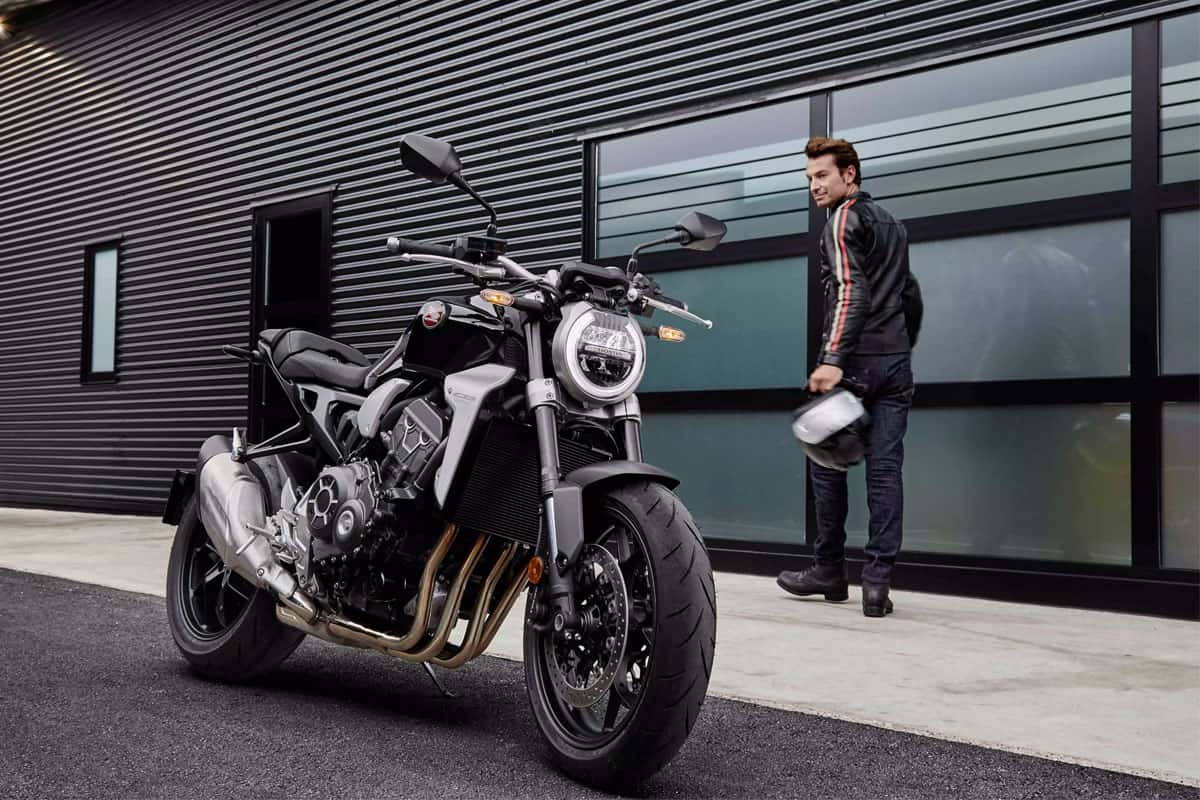 For those of you who are not into racing, you might wonder why these motorcycles are called Cafe Racers? Well, let me give you a short introduction.

The term “cafe racer” actually started from the 1950’s England, when young people would hang in cafes and race each other on their bikes from cafe to cafe to see who is faster.

One of the first cafes to host one of those gatherings is the Ace Cafe in London. In 1994 Mark Wilsmore, an avid motorist, reopened the cafe and reinvented the cafe racing subculture. 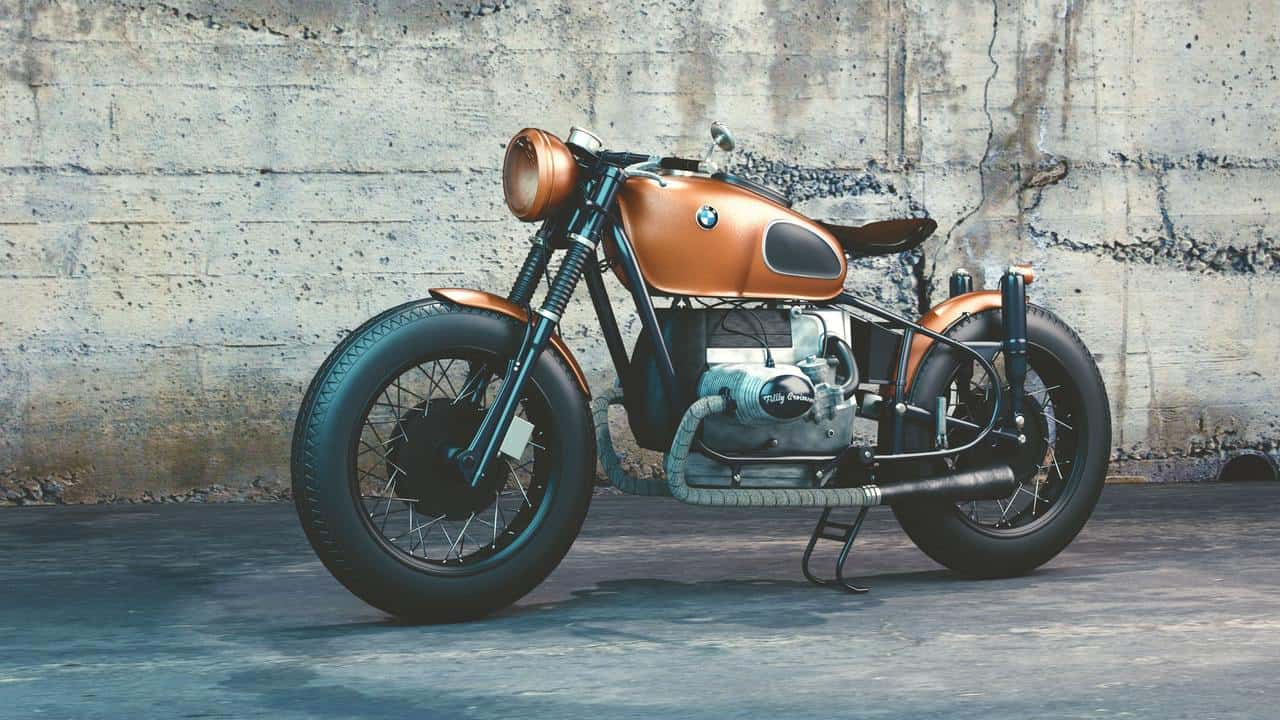 Those motorcycles are not exactly suitable for long rides, they are built with the specific purpose in mind: to go as fast as possible from one place to anther. Originally, the young “cafe racers” would take pieces from different motorcycles to build their own, because those types of bikes simply did not exist..

Although this movement initiated in England, it moved pretty fast across the globe and it is still widely popular today. What used to be popular decades ago became fashionable again in the last few years.

Cafe racing is not any different. If you’re interested in picking up this hobby, here are the 10 best cafe racers you should consider: 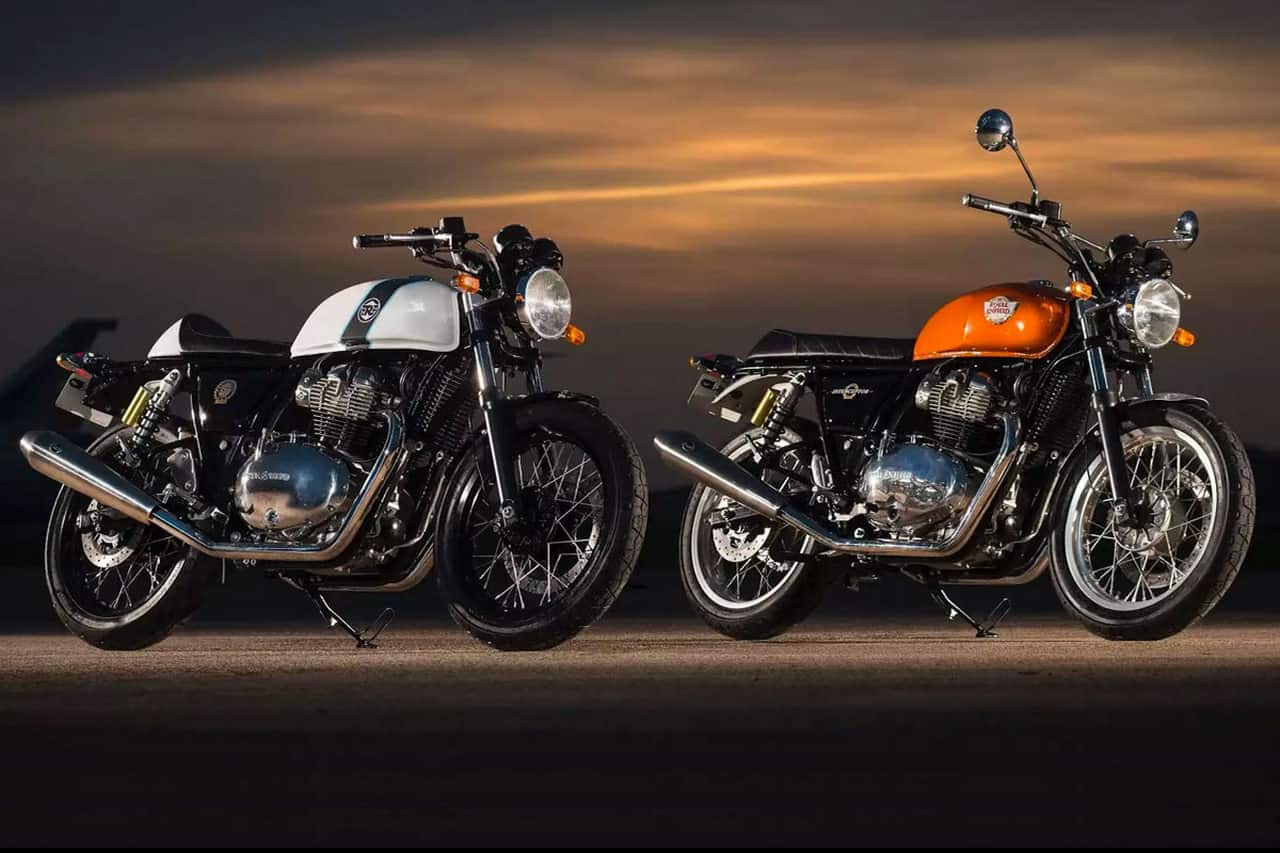 This is a good choice for the beginner who wants to have the look of the original classic cafe racer but is on the affordable side. Originated in India, this 557 pound bike has a 648cc Air and Oil-Cooled SOHC Parallel-Twin and 47hp.

Not as aggressive as others we will look at shortly, it is nonetheless a great choice for the cafe racing purpose. It offers superior balance and handling, which makes it an interesting option for those of you who want it as a means of transportation in the city as well. 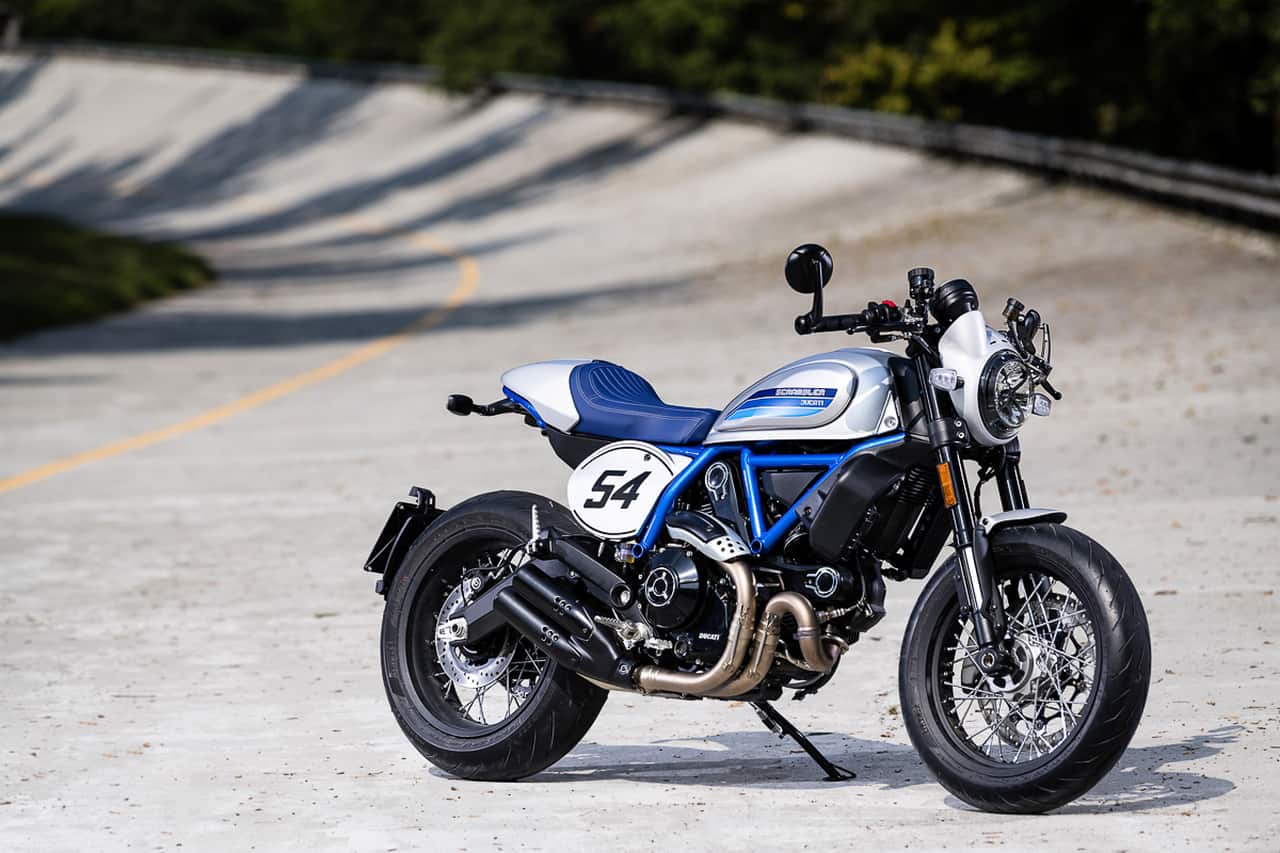 One of the more modern designs on the cafe racer on the market today, the Ducati Scrambler cafe racer is also one of the safest out there with its Bosch ABS. Its 803cc Air & Oil-Cooled Desmodromic L-Twin engine has 73hp and weighs in at 398 lbs.

Italian Machinery at its best, this scrambler cafe racer, has a hydraulic clutch control with an adjustable lever, handlebar switch controls and a more comfortable seat to make your ride more enjoyable. 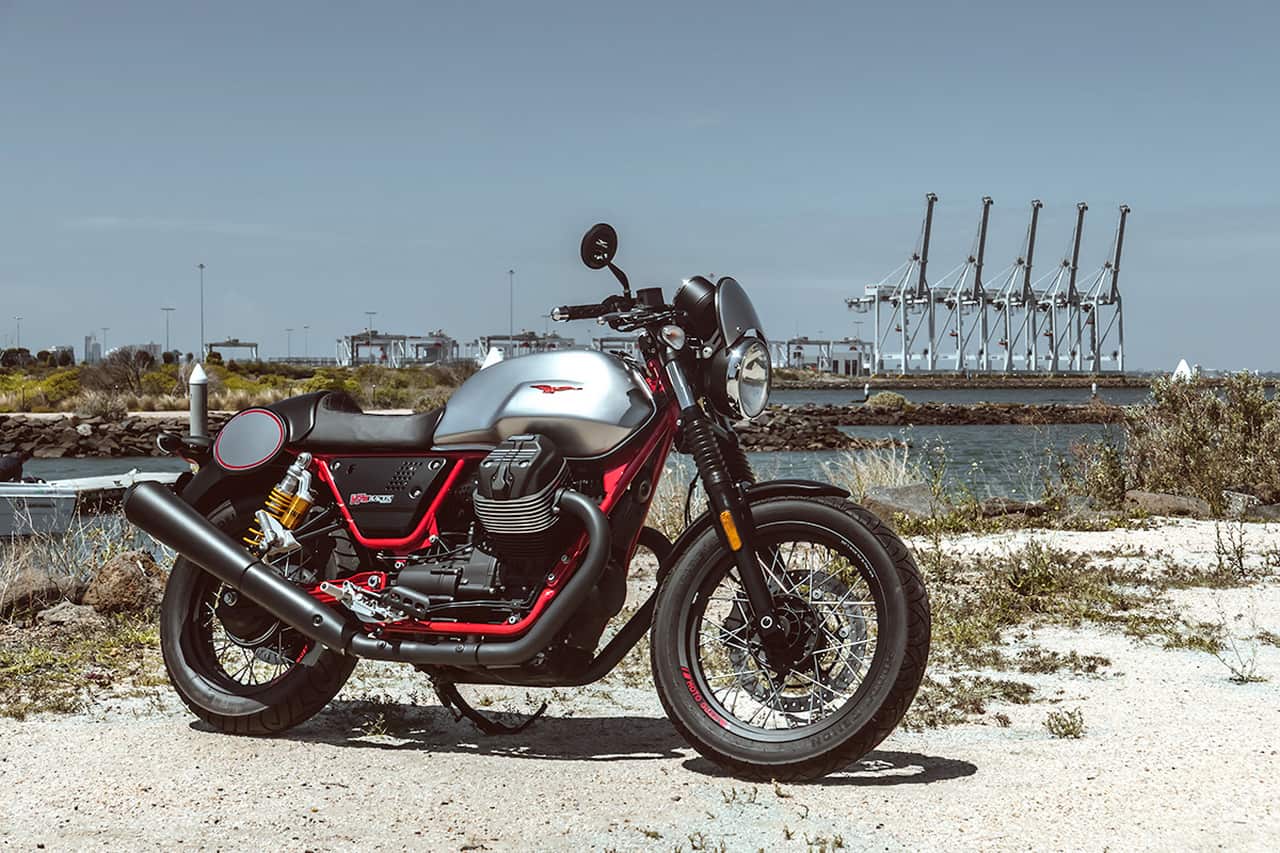 A veteran on the scene, the first Guzzi V7 racer originated in Italy in 1967. Obviously they have improved their design a lot since, and this particular model is the third generation from the new 2007 V7 range.

They have higher specs than its previous models, with its 470 lbs and 52hp, an engine of 744cc Liquid – Cooled OHC Transverse V-Twin, but it is more stylish than it is powerful. 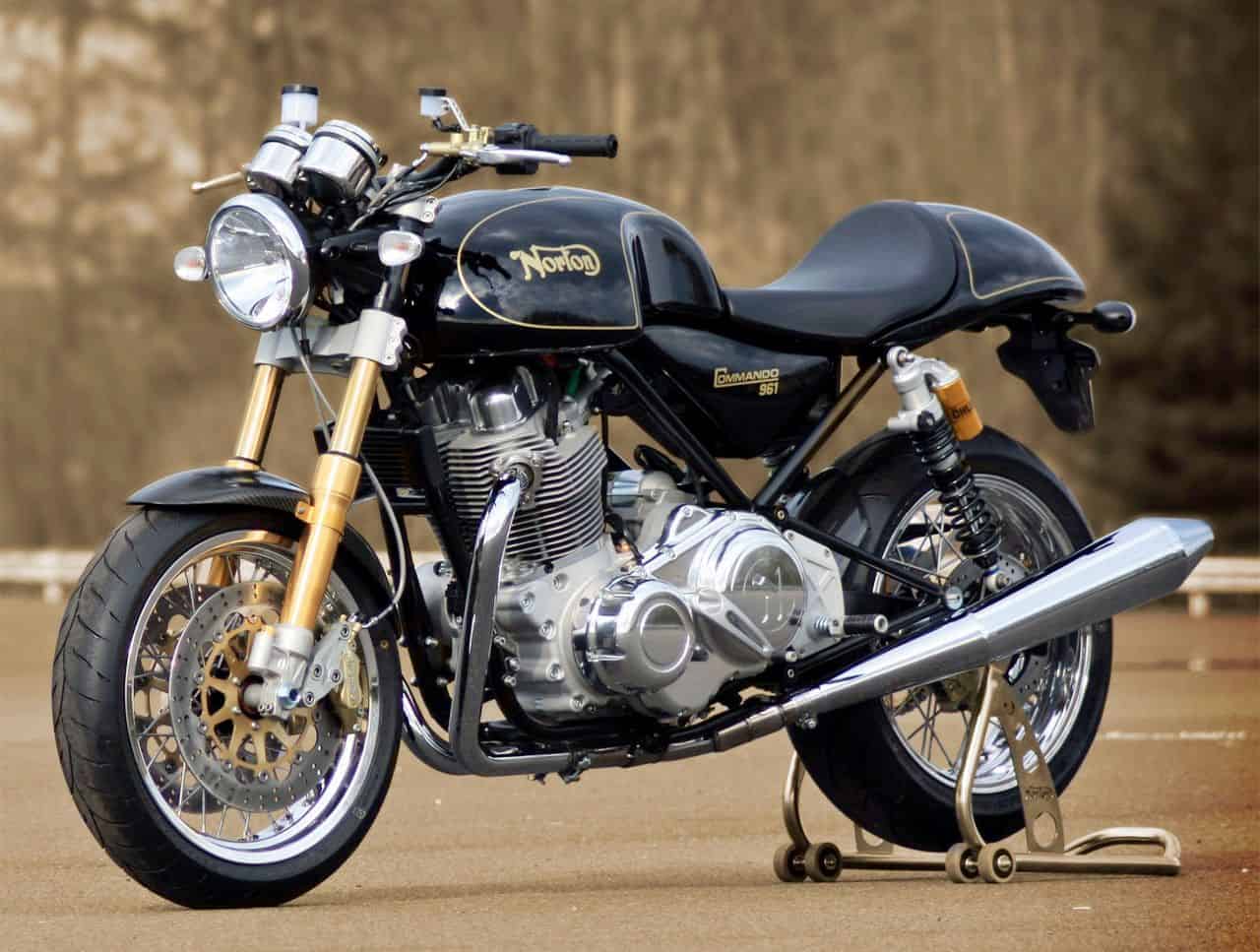 One of the oldest companies on this list, the British company Norton has seen a revamp of its production in 2008. Without many frills, this simple cafe racer is anything but basic.

Its specs speak for themselves: 961cc parallel twin pushrod engine with 78hp and 90 Nm of torque provides a tingling experience. For those of you who want a reliable classic model with a few technological improvements. 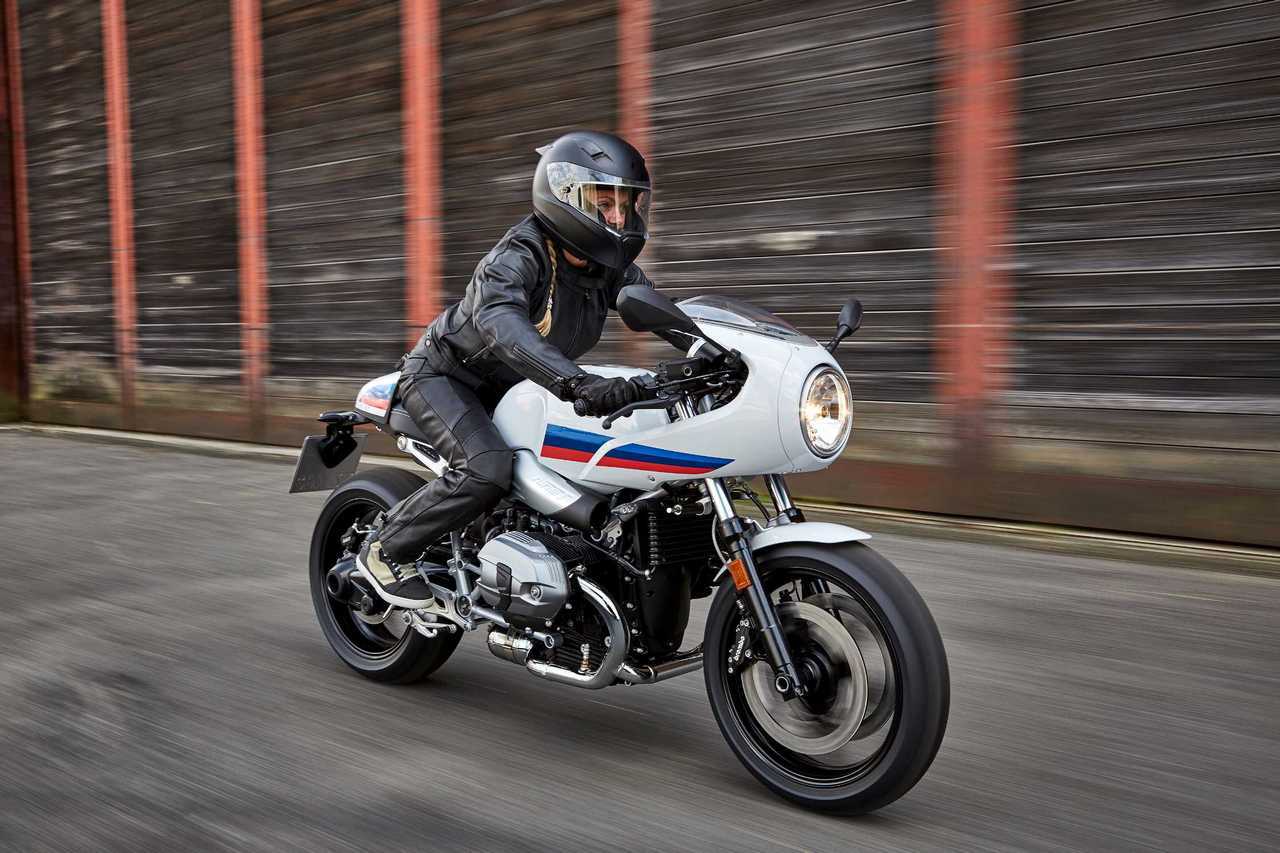 One of the best designs on the list, the BMW Nine T Racer carries the german engineering name well. An aggressive riding position is one of the changes swedish designer Ola Stenegard introduced with this model. A powerful engine of 1170cc Air & Oil-Cooled DOHC Boxer Twin and 110hp makes this 485lbs machine a beast on the road.

The beauty of BMW is that they make most of their vehicles – whether cars or motorcycles- customizable, so you have the option to put your own touch to it. Cool, right? 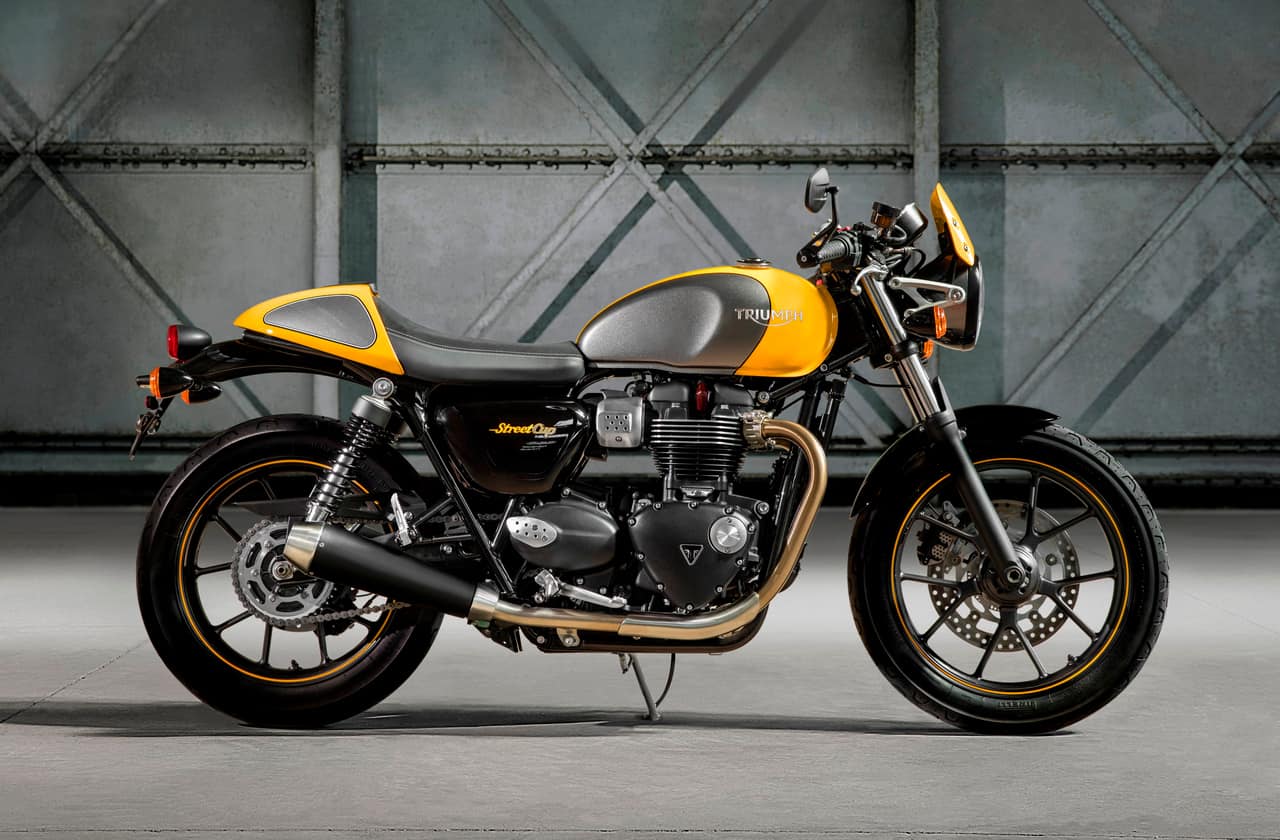 On the more affordable side of the Triumph Bonneville lineup, it is not cheaply made. It is what you call it a bareboned racer and it also offers the option of customizing it to your own taste, which is always a plus.

The basic model comes with a 900cc Liquid-cooled SOHC Parallel-Twin engine, has 65hp and it weighs in at 436.5lbs. It is on the lower capacity end of the spectrum, but it is definitely powerful enough for your racing needs. 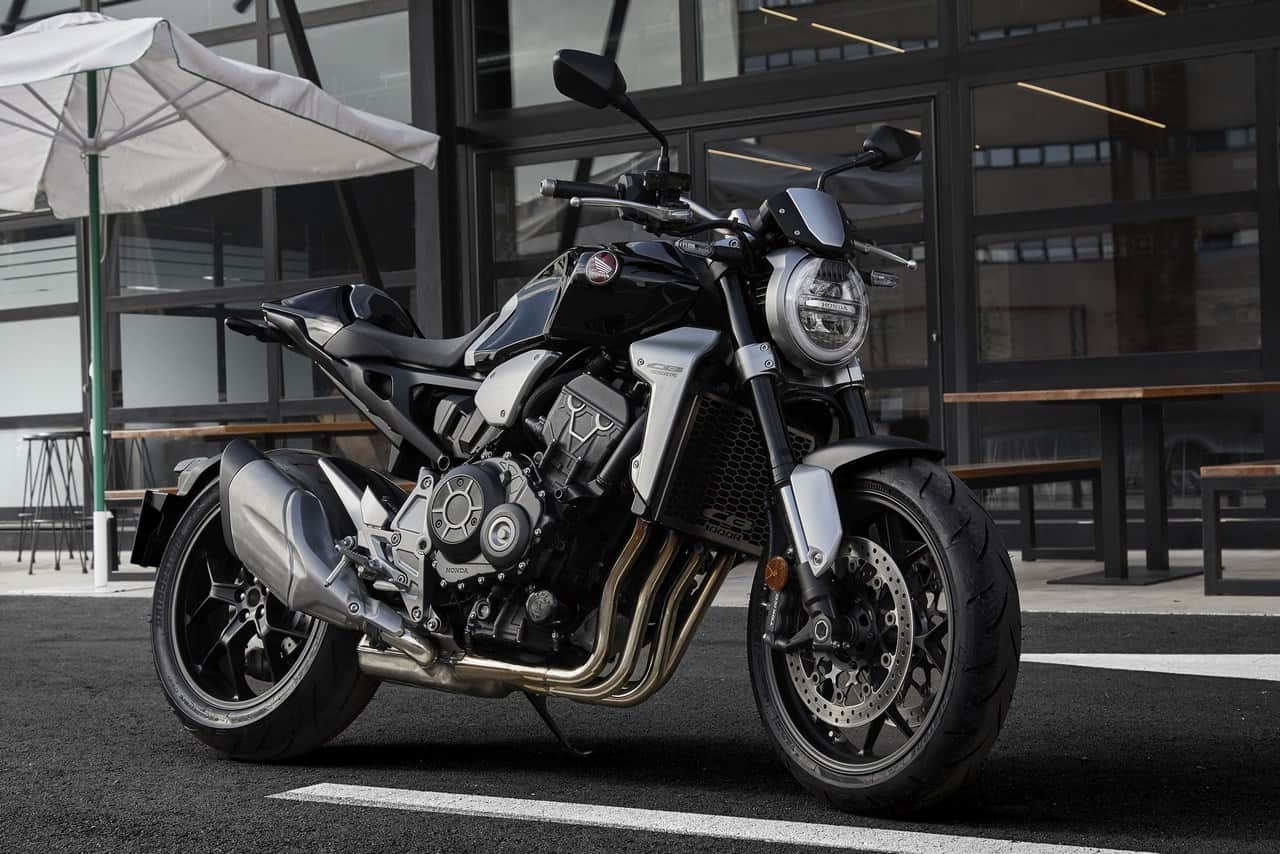 The CB1000R is a newer addition to the market made by the Japanese manufacturer. A newer take on the riding world, they named it the best Neo Sports Cafe Rider in the world. Ambitious, you think? Maybe.

But Honda can definitely back it up. Truly beautiful, it is not only easy on the eye, its specs are pretty impressive too: 998cc four-cylinder engine, 143hp and 104Nm. A light yet powerful ride, you will surely enjoy this experience. 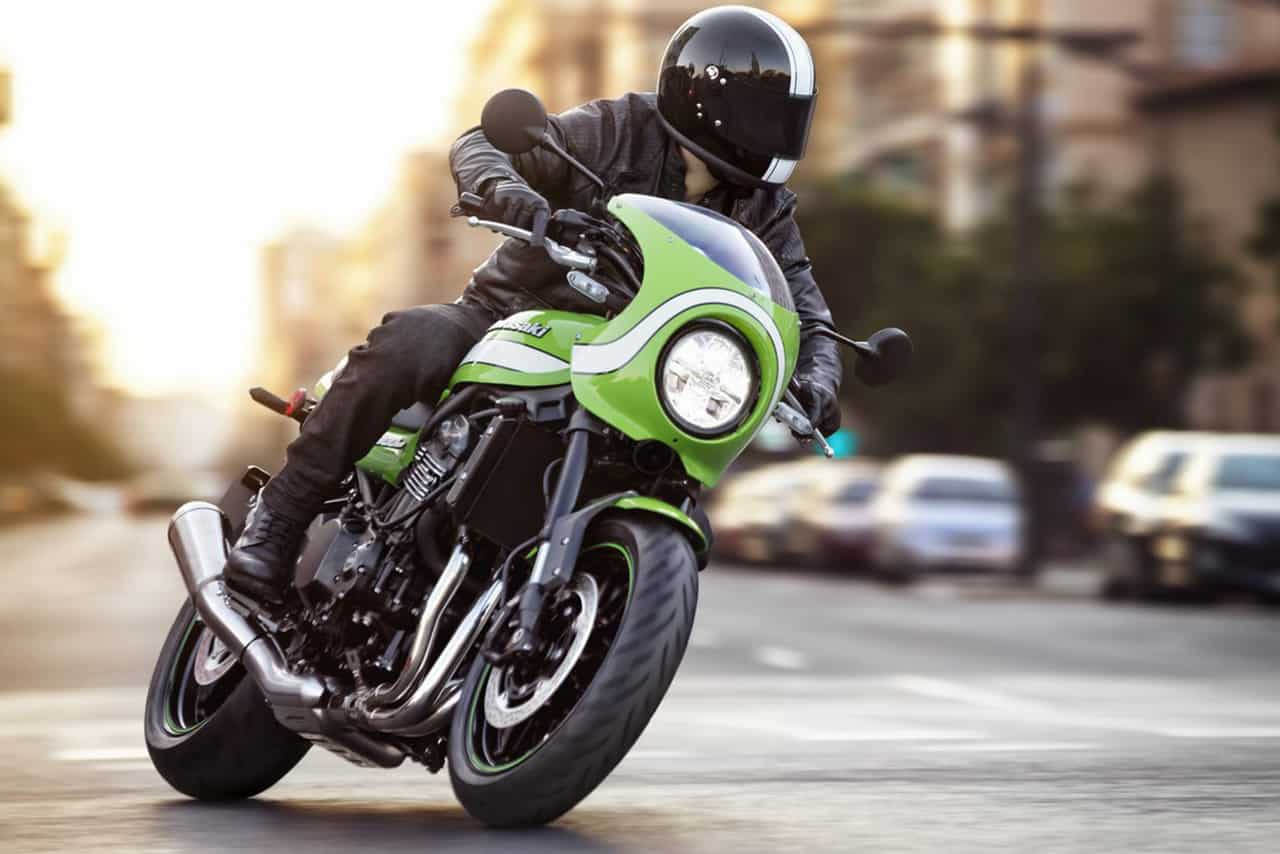 This bright green bike is a youthful model produced by Kawasaki since 2017 to replace its predecessor Z800 line. Offering one of the best value for your money, the Z900RS cafe model has pretty impressive specs: 948cc liquid-cooled 4-stroke In-LIne Four engine, 99 Nm torque and 110 hp.

Its superlight chassis makes this ride a strong yet powerful choice. The technology is pretty impressive too, with smartphone connectivity via its own app Rideology. 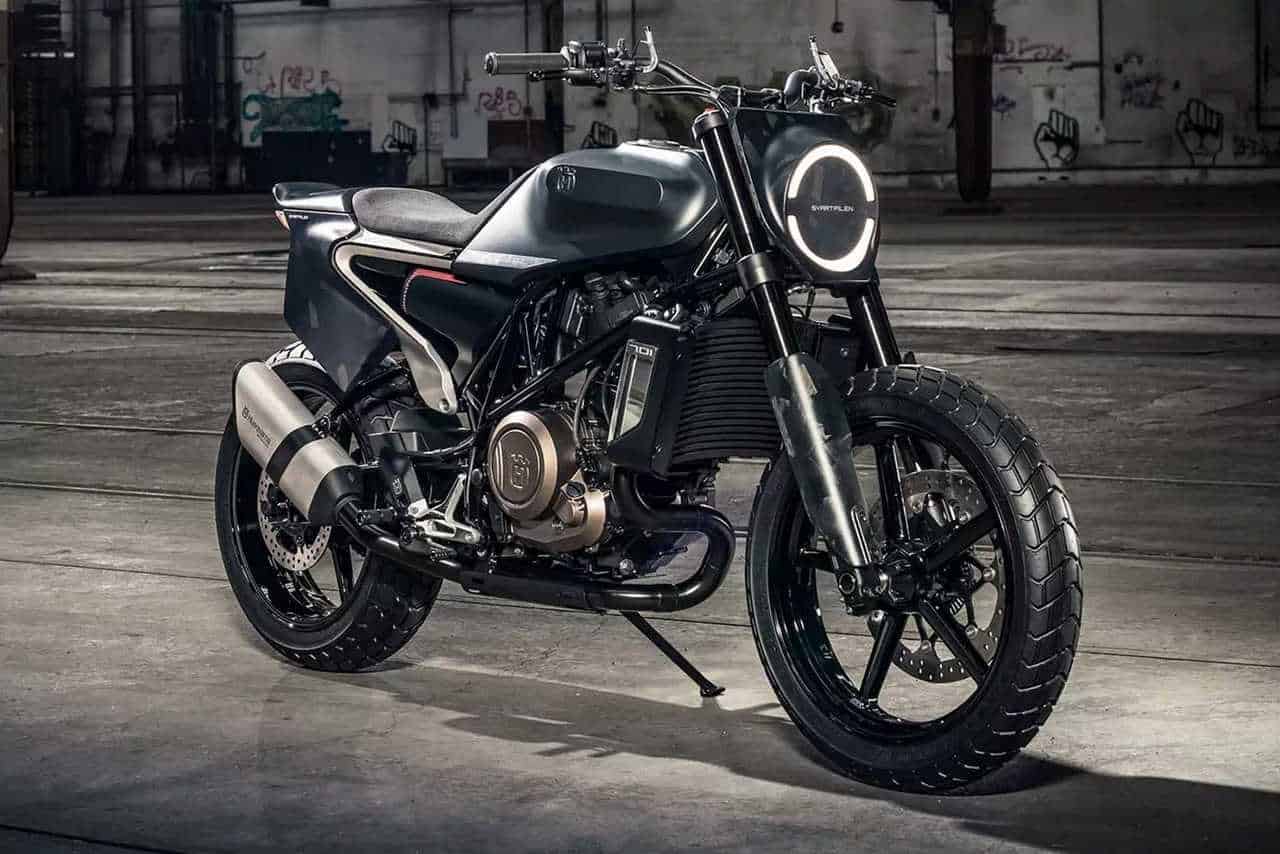 One of the most powerful machines on this list, the Vitpilen 701 is a very impressive rider bike. Some call it a beast, and with good reason. Although you might think the specs are not all that impressive, I beg to differ. Its 693ccLiquid-Cooled OHC Single cylinder engine has 75hp, and one of the lighter bikes at 366lbs provides you with a progressive ride.

If you don’t want to take my word for it, just go test drive it and form your own opinion. And if you find this one a little too much, there is also the 401 model which is a little less powerful and quite a lot easier on the budget as well. 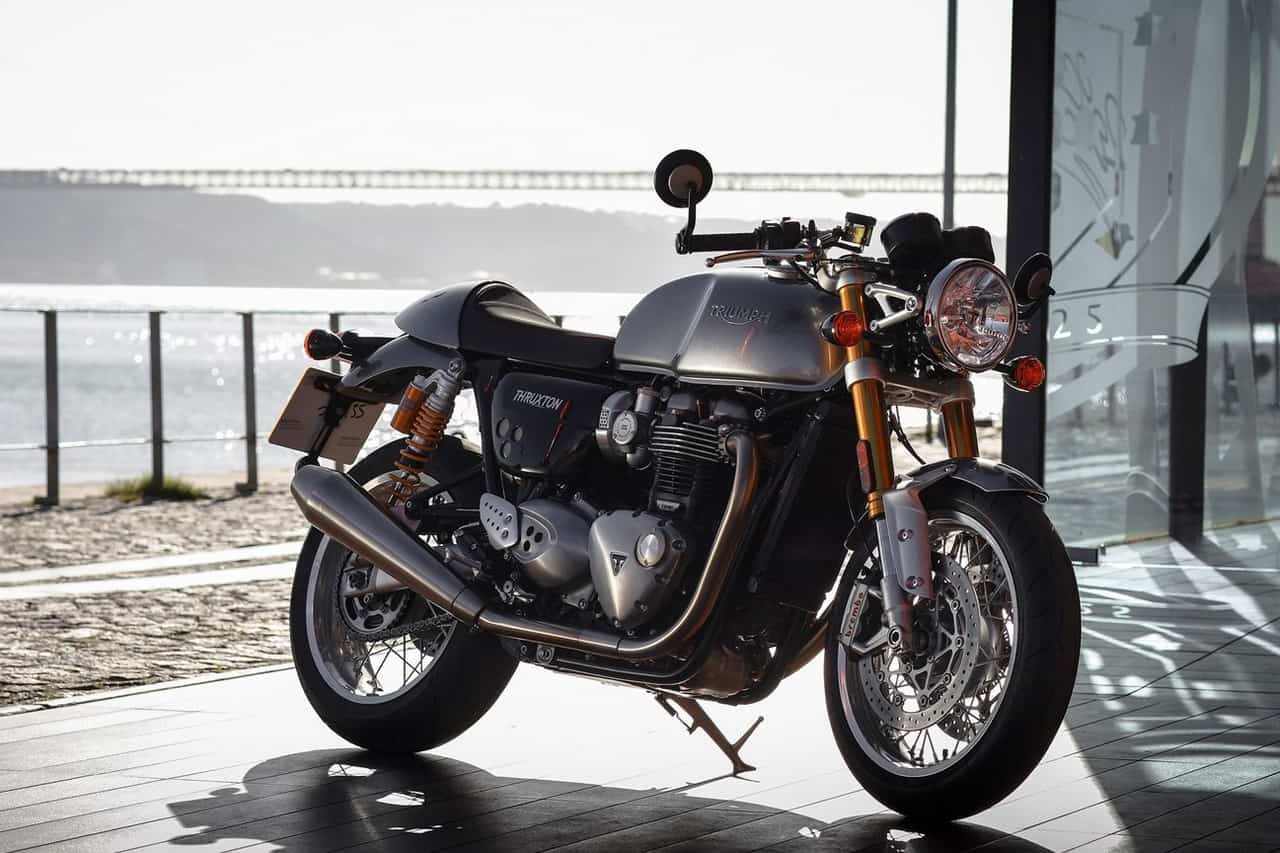 The best bang for your buck (still our opinion), the Thruxton R is definitely what you automatically think of when you are considering the cafe racer bike. This absolute classic offers everything you need in terms of looks as well as performance.

With its 1200cc water-cooled engine, it produces 96hp and weighs 434 lbs. Its Showa forks, Ohlins adjustable suspension and Brembo brakes are just a few of its chassis features which make this a very desirable machine indeed. Book a test drive and be the judge if you’re not convinced yet.

We hope you enjoyed this virtual tour of the best cafe racers and made your decision a little easier. Have fun!

The 10 Best Cafe Racers You Can Buy Right Now 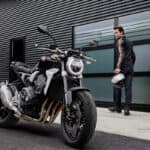 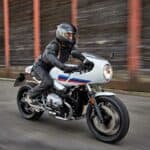 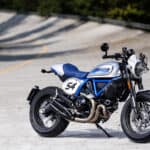 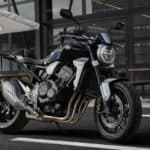 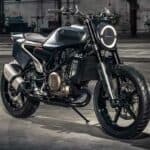 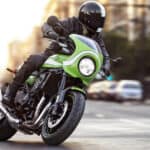 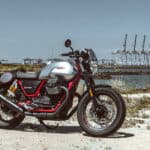 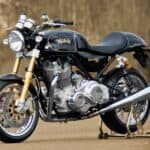 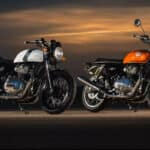 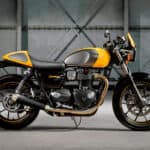 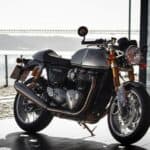 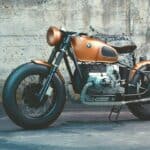