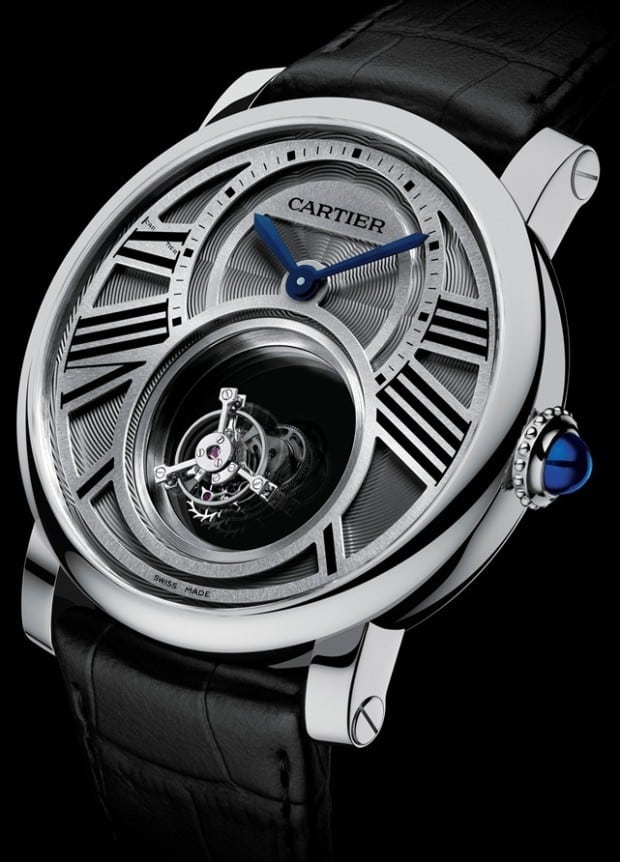 As the SIHH 2013 is currently on the run, we’ve come across an entire series of exquisite timepieces which we’d gladly love to share with our readers. That being said, the Rotonde de Cartier Mysterious Double Tourbillon calibre 9454 MC is our target, for now.

Cartier has reportedly lifted the veil of two version of Mystery timepieces, this being one of them. It was recently unveiled in Geneva, at the SIHH, and boasts with a double tourbillon with two axes of rotation. The first tourbillon rotates at a revolution per minute, while the tourbillon carriage, manufactured from titanium, intriguingly comes with absolutely no visible connection to the rest of the movement – in fact, this is why these watches are part of the “mysterieuse” series.

Just like the way other tourbillon wristwatches work, they feature tourbillons mounted on sapphire discs, which complete one revolution per five minutes themselves. This allows the tourbillon to rotate once a minute while fully completing a journey around the dial at every 5 minutes. 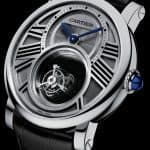 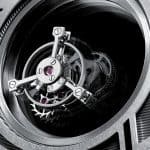 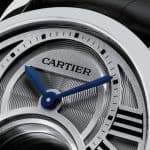 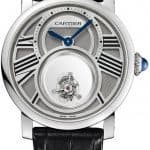 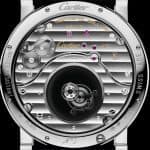 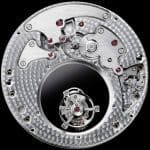