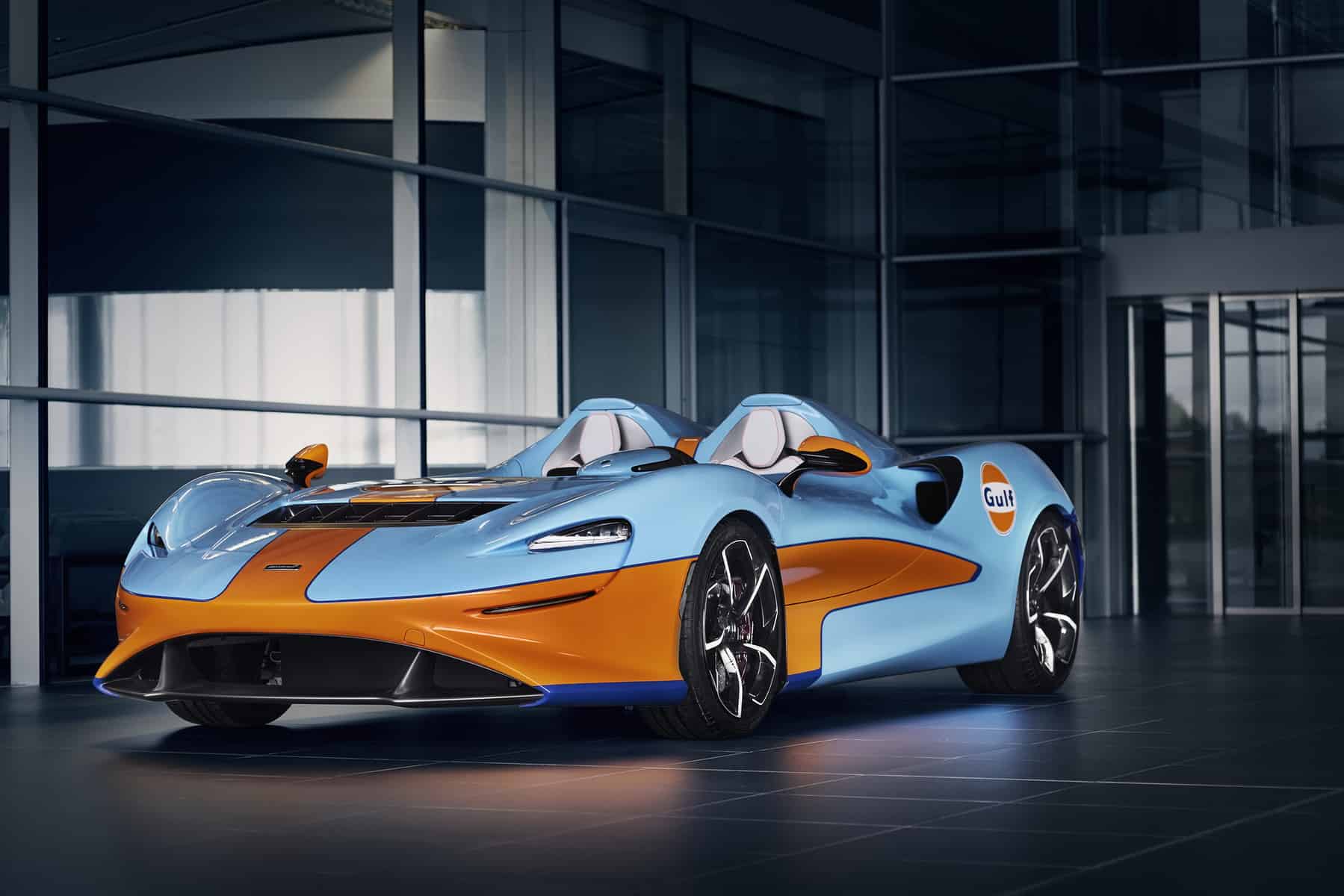 If there’s something more incredible than the McLaren Elva, it’s definitely the same ravishing supercar, but this time graced by the iconic Gulf Theme, thanks to the brilliant team from MSO. Revealed at Goodwood Speedweek a few weeks ago, this beauty was meant to honor the British carmaker’s renewed partnership with the Gulf Oil brand.

These two legendary companies have been working together since the 1960s – was anyone that young to remember it? Both brands made a name for themselves in the motorsport world ever since and Gulf branding appeared on McLaren’s Can-Am, Formula 1, and several Indy cars. 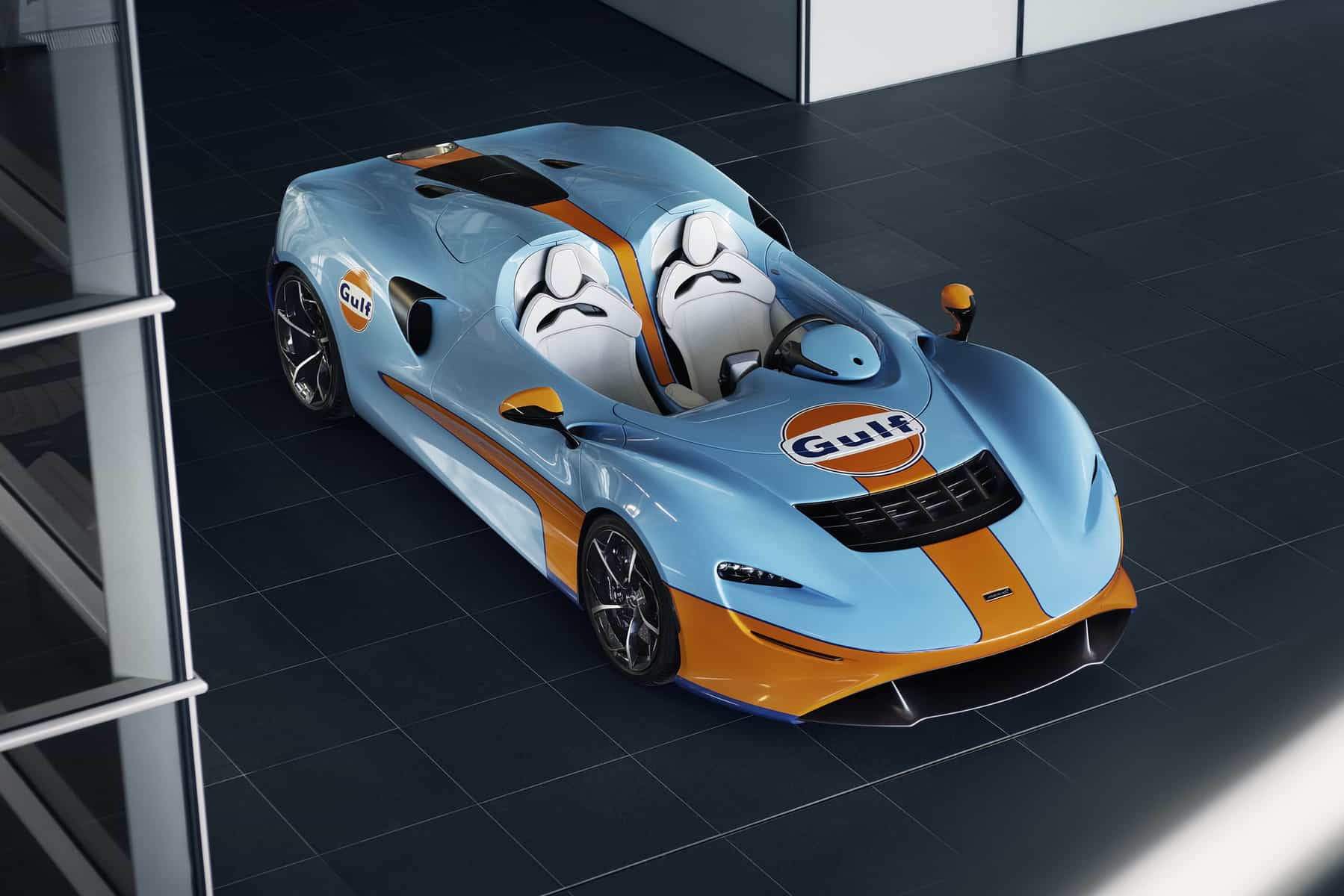 But those of you who watched racing events during the 1990s might remember the McLaren F1 GTR rocking a superb Gulf livery at various races, including at Le Mans. Today, McLaren customers can commission Gulf-liveried cars directly through MSO. Fancy a McLaren Senna GTR LM 825/2 car? Or this Elva roadster, perhaps?

Reminiscent of the 1960s racers, this project is a striking celebration of McLaren’s storied history in sports car racing and their revamped partnership with Gulf Oil. The team behind McLaren Special Operations has always been committed to pushing the boundaries of the design and this cool Gulf livery might be the cherry on top. 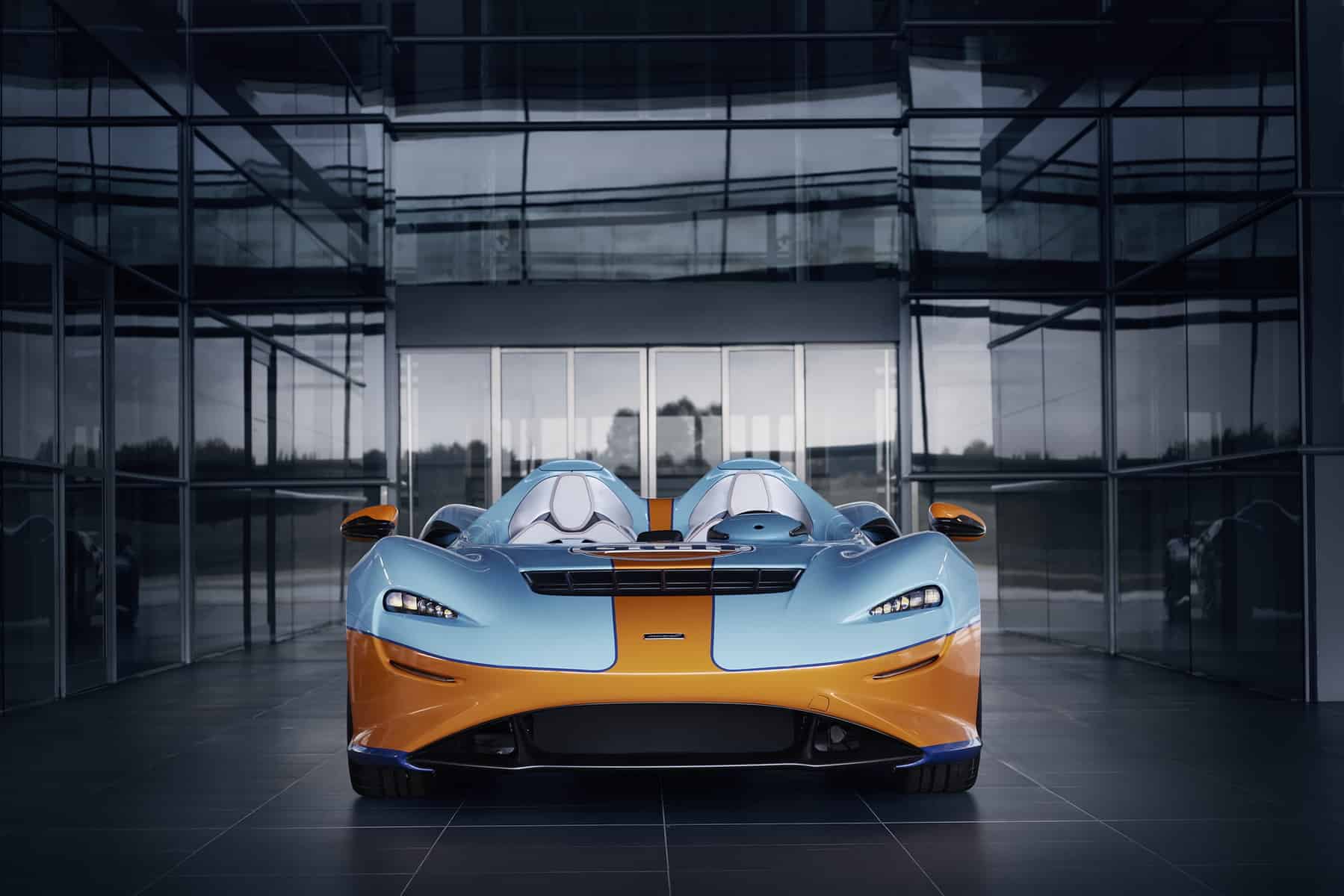 Combining automotive goodness with racing heritage and art, this topless supercar showcases the increasingly extensive range of personalization options that McLaren’s specialized division can offer to its customers.

There is no point in discussing purchase costs, as art is beyond such trivialities. However, it is safe to anticipate that not just anyone will be able to afford one of these beauties. Any car bearing the McLaren badge is worthy of attention, but I’m sure you realize this is a completely new level of exclusivity. 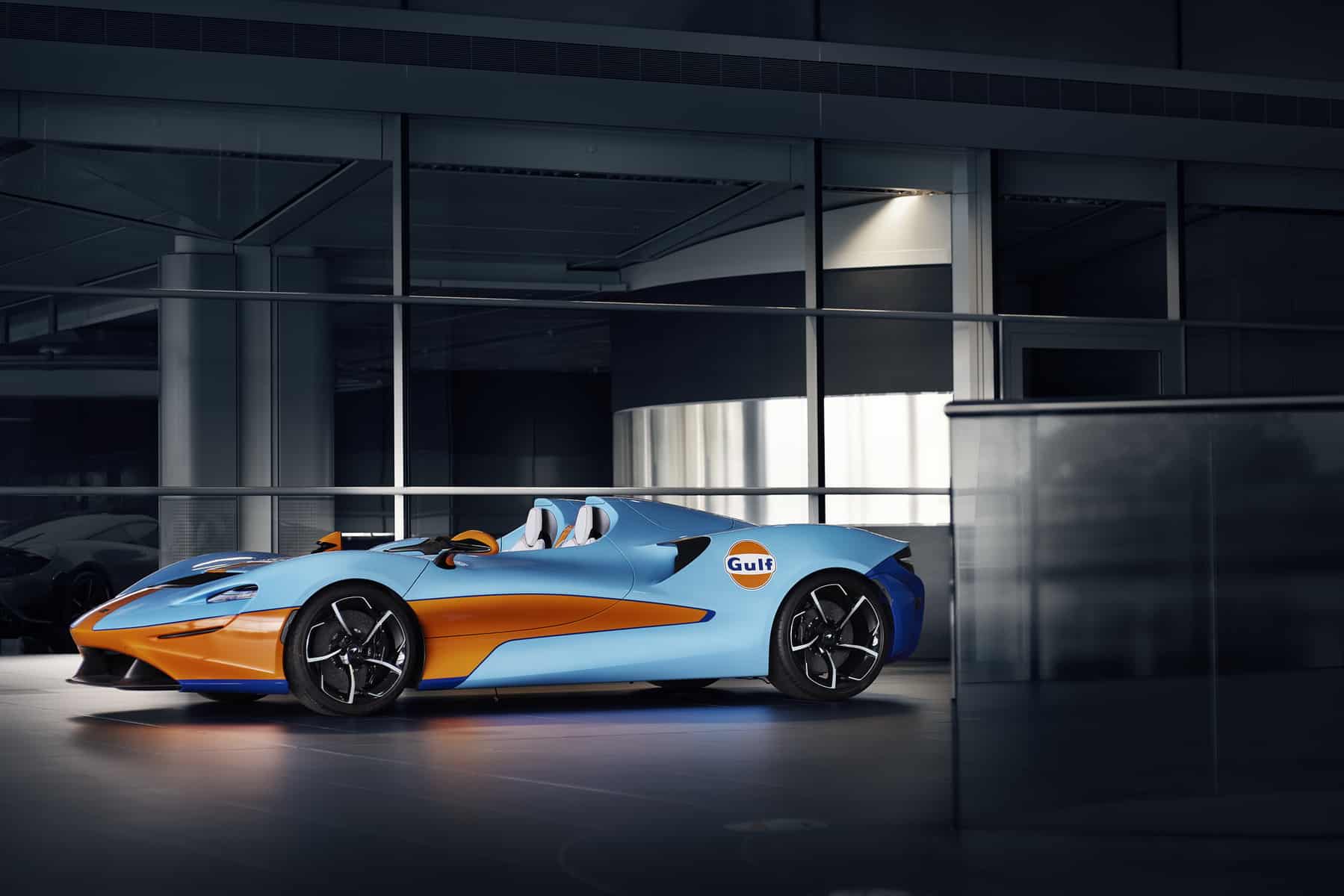 The incredible McLaren Elva will be produced in a limited series of just 399 models, but only 149 people will have the chance to get this unique MSO-crafted Gulf livery, if they so desire. The car’s starting price is a cool $1.7 million and you probably imagine that getting this livery and a few extra goodies could easily push its price over $2 million.

But with 815 PS on tap, this jaw dropping twin turbo roadster and its bespoke Gulf theme might be ideal for car collectors as well. I’m sure it’s sold out already. 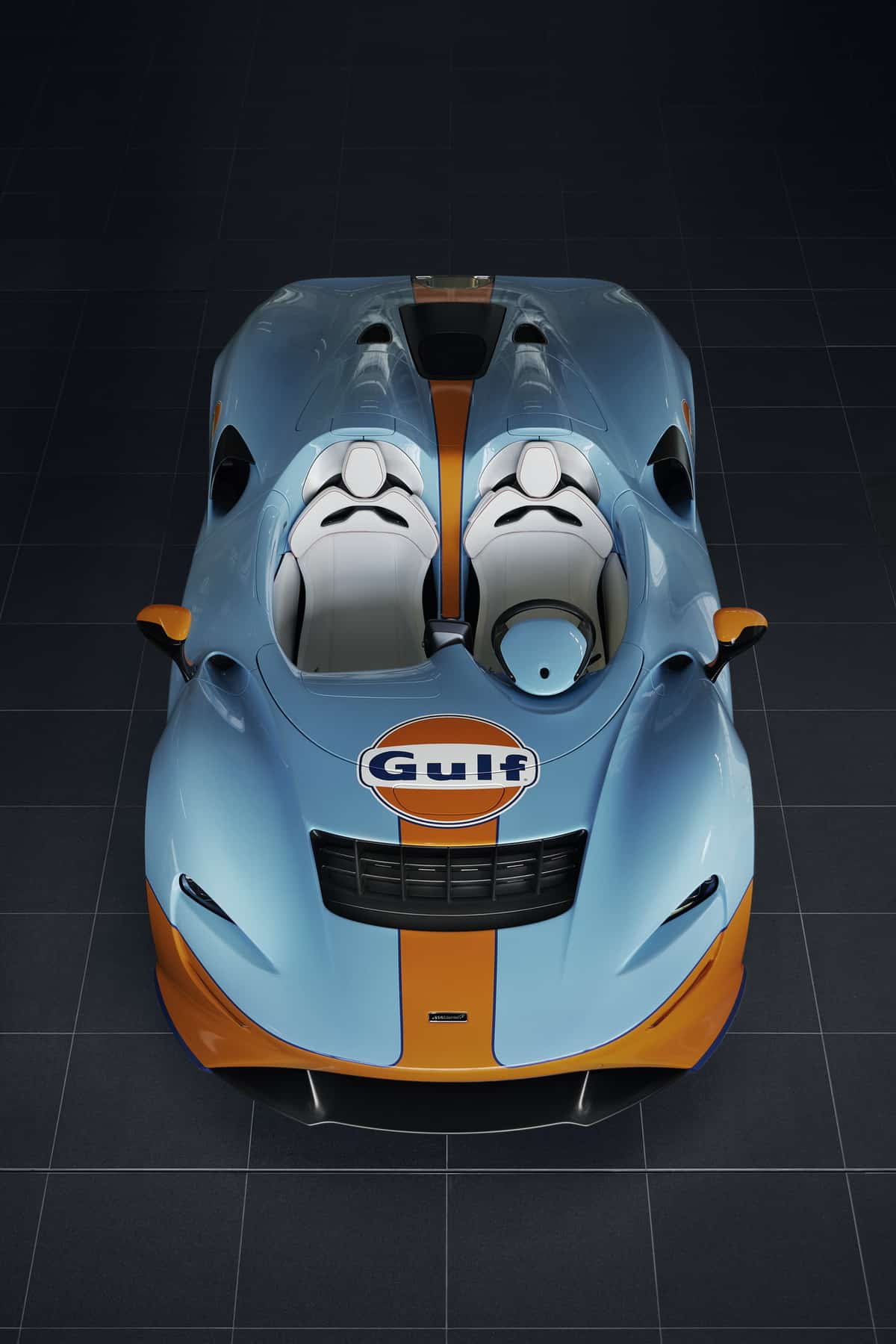 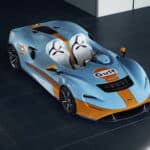 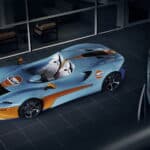 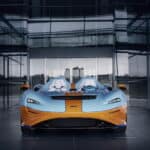 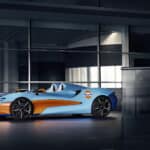 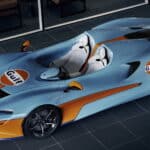 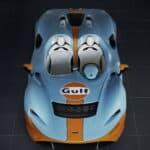 Tags:
Previous Article
This Gorgeous Hawaiian Home Could be Yours for $27 Million
Next Article
Ultra2 is a Hybrid Superyacht Concept That Comes with its own Safe Room