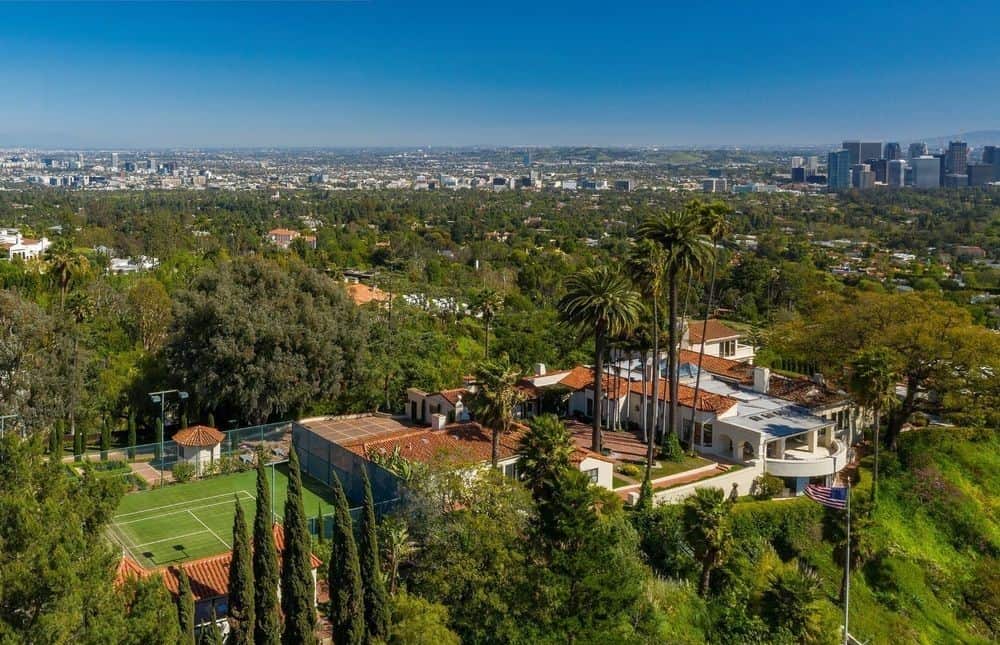 This summer, it was no secret that LeBron James was house-hunting in L.A.’s most exclusive zip codes for his new dream home. The NBA superstar set his eyes on a particularly lavish home, tucked away in the mountains above Beverly Hills, in a splendid neighborhood known as Beverly Hills Post Office (BHPO).

The sprawling estate was a real slam dunk for him – a colorful Mediterranean-esque compound, with a history to match – and this week the deal was finally official, as LeBron James closed on this extraordinary residence for a cool $36.8 million. After a fantastic Lakers season, this might be the ultimate present for the king. Together with an NBA title, of course. We’ll see how that turns out this week.

Built back in the 1930s, the spectacular multi-structure compound before you has a storied, only-in-Hollywood pedigree, with past owners including Charles Boyer, a popular actor from that era, who starred in numerous black and white classics.

In the late ’40s RKO Pictures, one of the leading Hollywood studios at that time and a company owned by the legendary Howard Hughes, bought Boyer’s 2.5-acre estate after an unusual contract settlement. The eccentric billionaire was then technically the owner of this property but.. he never lived there.

Instead, he leased this palatial estate to his ex-flame and twentieth-century icon Katharine Hepburn, who lived here during the height of her career. Just imagine a four-time Academy Award winner and one of the greatest actresses from Hollywood’s golden age living there. 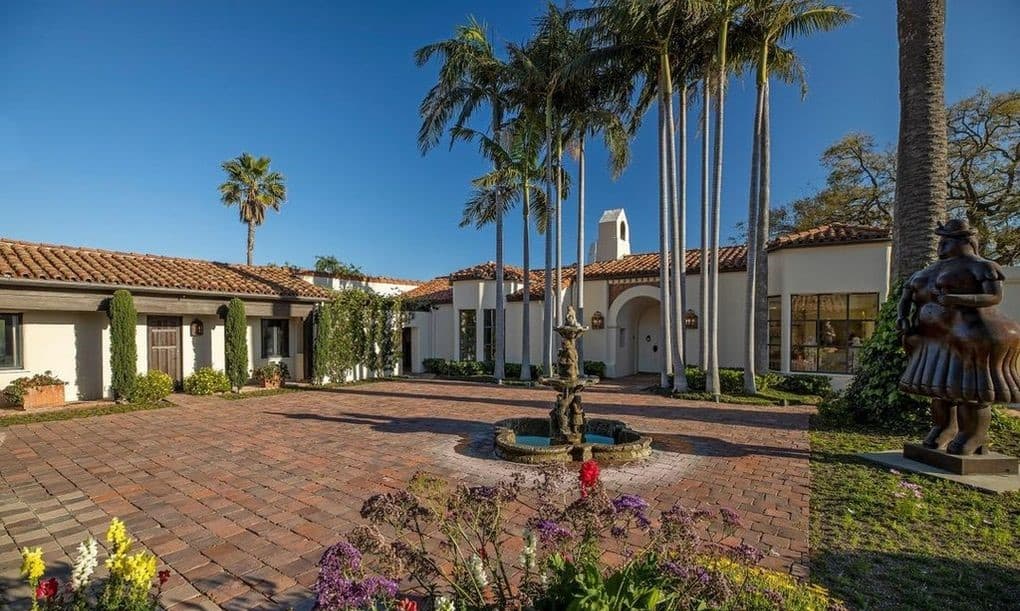 After Katharine Hepburn moved out of this extraordinary Beverly Hills home, the house fell into the hands of some non-famous owners until 1986, when talk show host and soap opera creator Lee Phillip Bell bought it for just $2.9 million, together with her husband and business partner, William J. Bell.

Creators of two of the longest-running soap operas in American television, The Young and the Restless and The Bold and the Beautiful, the couple significantly upgraded and restored this property to its former glory. They’ve also landscaped the grounds with formal gardens and mature trees.

After her husband passed away, Lee Bell continued to live there until her death this past March. A few months later this lovingly maintained estate has been listed on the market for the first time in decades. The property was initially listed for $39 million, so you can say LeBron James got a cool 6 percent discount since he paid $36.8 million for it. 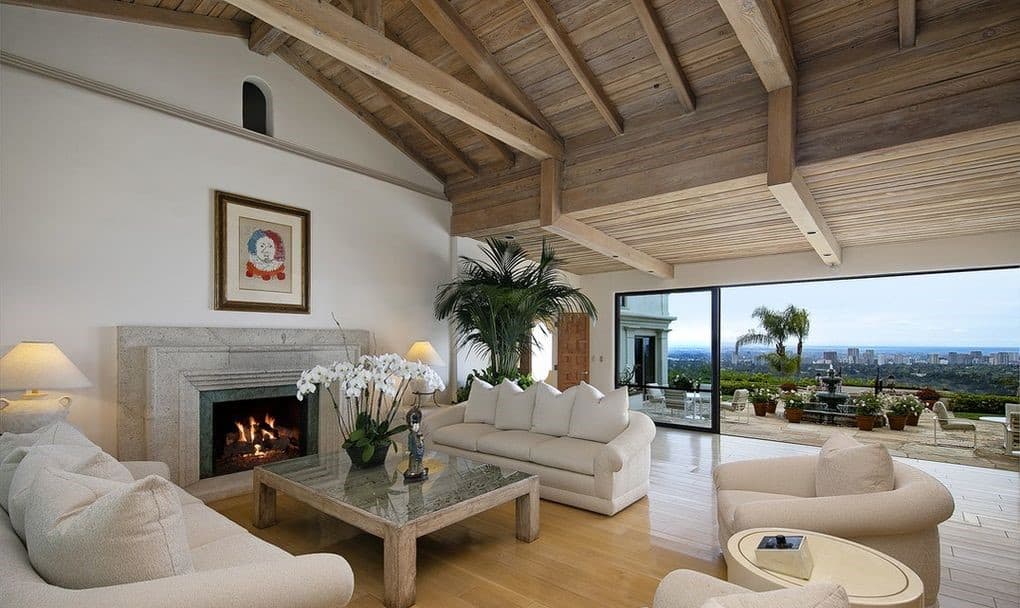 The mesmerizing compound is secured by an impressive collection of cameras and boasts one of the most massive driveway gates in Los Angeles, so privacy won’t be an issue for the NBA superstar. The home is accessed only via an epic driveway that’s flanked on both sides by mature cypresses.

The long driveaway eventually ends next to the home, where a superb stone fountain and a dozen of mature palm trees make a great first impression. Inside, this palatial estate features a sunlight-flooded living room with a vaulted ceiling and exposed wooden beams, an incredible dining room that’s set right beneath a huge skylight, a cozy movie theater and a carpeted library with built in bookcases. 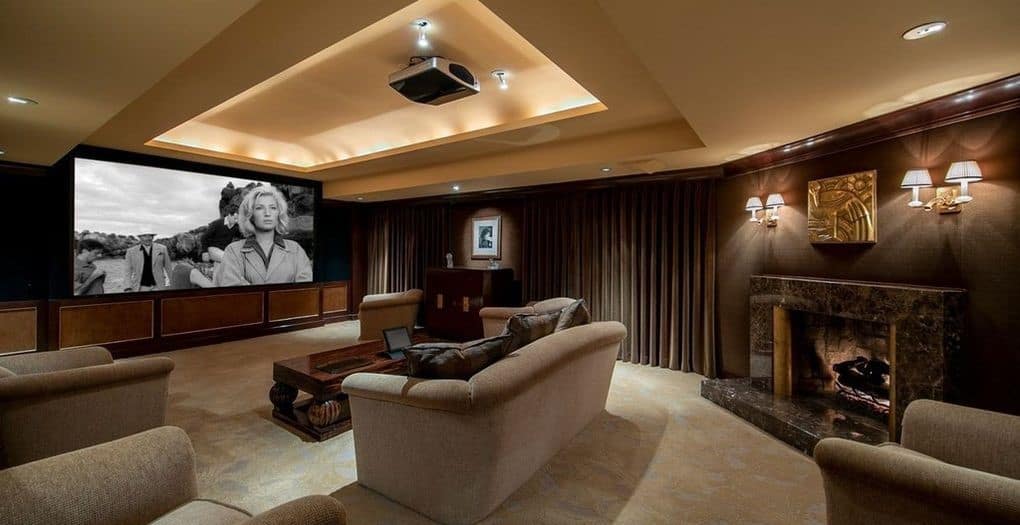 Apart from the main house, this property includes two detached guesthouses, a lighted tennis court with a small viewing pavilion, several al fresco dining and entertaining areas, and a gorgeous oval swimming pool, that reminds us of the property’s Golden Hollywood history. Add in the serene views of the entire LA skyline and a giant gold Buddha that watches over the property, and you get a dream home for anyone.

LeBron James continues to own two other luxurious properties in LA’s posh Brentwood neighborhood, one of them bought for $21 million, that remained mostly vacant, and the second estate, where he currently lives, purchased for $23 million when he officially became a Laker. This Beverly Hills compound tops everything off. 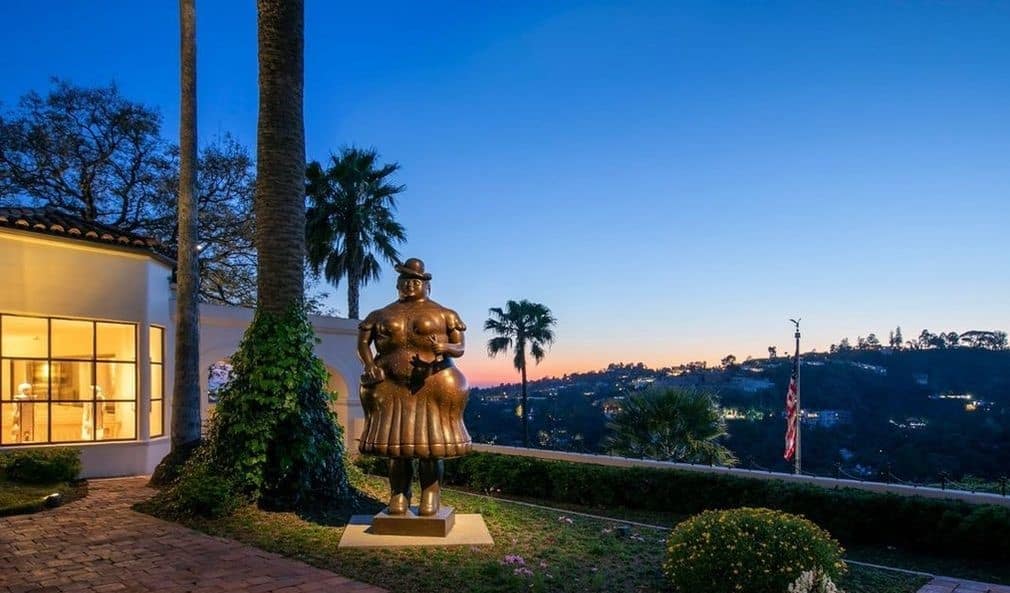 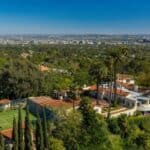 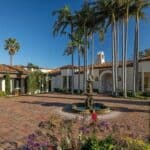 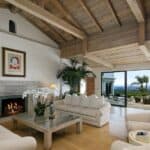 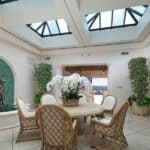 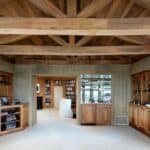 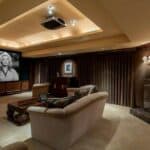 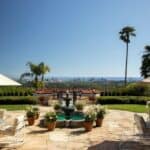 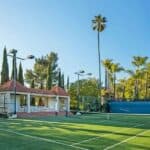 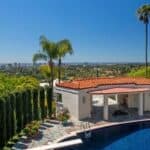 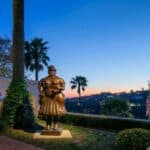