10 Countries Where you Could Move and Start Over

If hunted by secret agents or chased by the Russian Mafia sounds like your usual day to day life, maybe it’s time to take a look at these 10 countries where you could move and start over. But you wouldn’t be here reading this post if you’d be that individual. And we guess you’d know better than us what to do.

Jokes aside, there are countless reasons why one would want to change his or her life and move over to a new country.

Chances are you’re more of a normal individual who’d like to break away from the routine, the hardships in some countries or anything that would keep you stuck in a life situation you didn’t ask for. Or maybe you’re only dreaming with open eyes to merrier horizons.

No matter the reason behind, a big change always brings with it a fresh start. A new environment, a new town or a new country, a new culture and life values, different people, all that will help you reset everything and start over with other opportunities and a new life and energy.

While there are a plenty of life changes that can be made, moving to a new country is probably one of the biggest moves anybody could make. So if you’re interested, take a look on our list of 10 countries where you could move and start over: 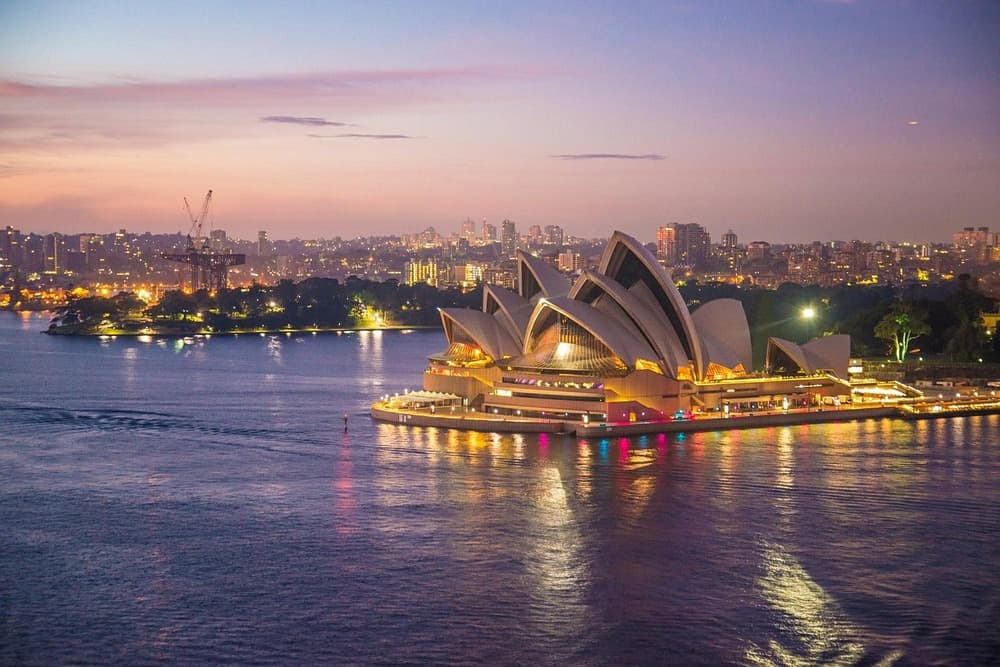 The land down under is a great choice for those who want to move somewhere else and get a fresh start. Australia is the preferred option for people from United States especially because of the language and job opportunities, but expats from all over the world are impressed by it.

The country has a lot to offer also in terms of landscape and outdoor and leisure activities, especially when you think about diving or surfing. In addition to all these reasons, the ‘Aussie’ culture and the relaxed and friendly nature of the Australians make it a great choice for a new life somewhere in a distant land. 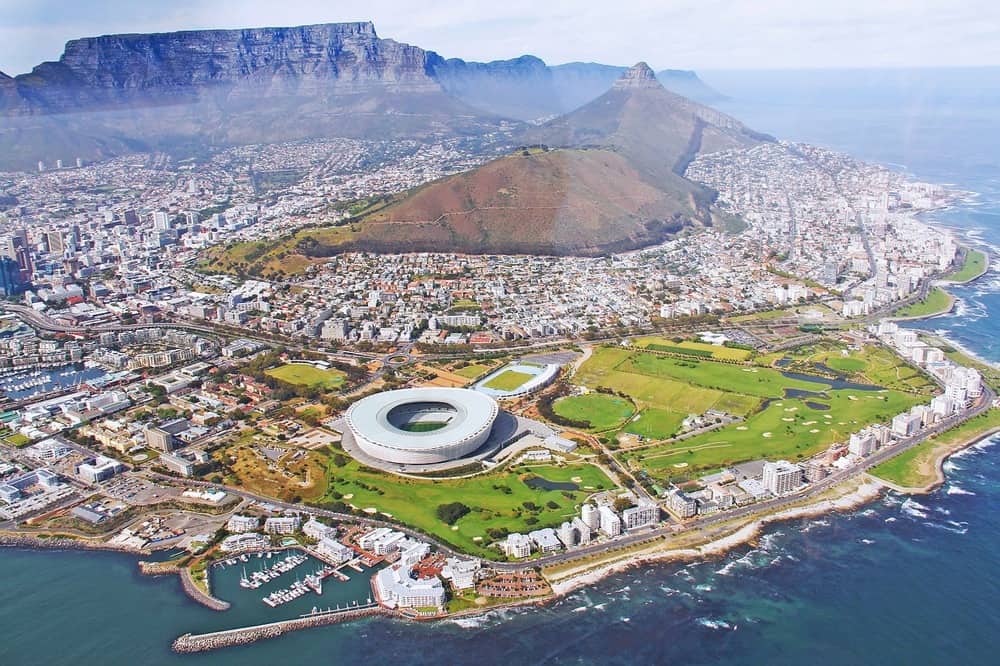 With English as one of the official languages in the country, South Africa appeals especially those English speaking foreigners and expats, as it makes everything easier. That even more if you’re an IT specialist, as they are in great need of them.

South Africa is renowned for its cultural diversity and amazing natural beauty and has been a top country for travelers since the end of the apartheid back in 1994. Living there is a great choice especially for those looking for outdoor adventures and a natural, relaxed lifestyle, but cities like Cape Town offer everything you would expect in a big cosmopolitan city, plus a high standard of living and relatively low costs. 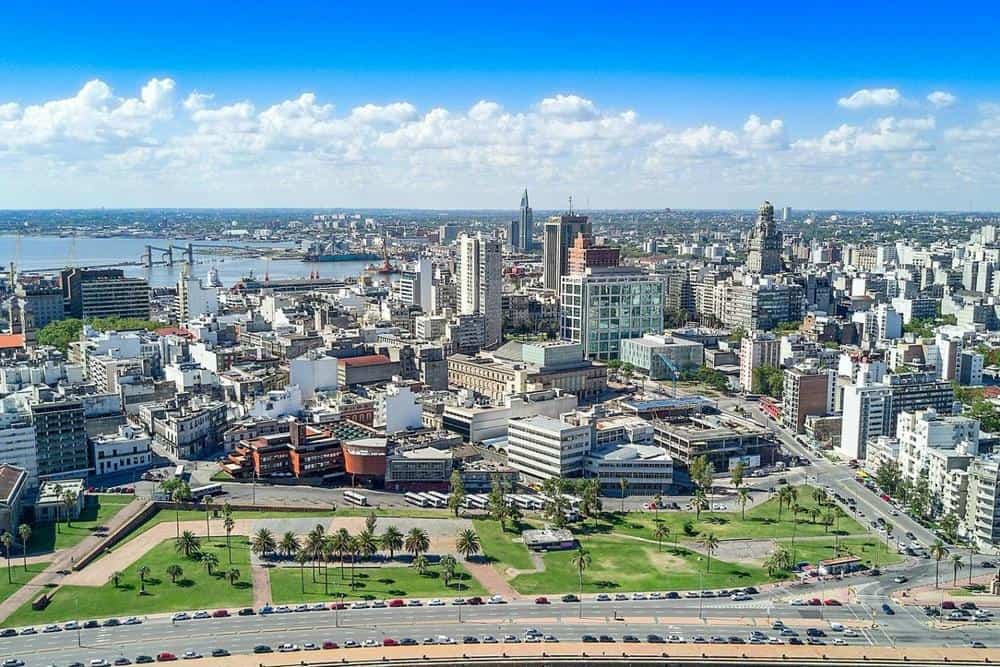 Uruguay is an undervalued country, probably the most undervalued in South America. What not many people know is that Uruguay is a safe haven. Stable economically, politically and socially and with a moderate climate protected from extreme weather, Uruguay is more than perfect for expats who look for a comfortable and stable life.

On top of that, Uruguay has a very good infrastructure, one of the best in Latin America, especially when it comes to roads and public transportation, internet and health care. While you have to make an effort and learn a little bit of Spanish, once you do that, there are countless opportunities awaiting for you there. 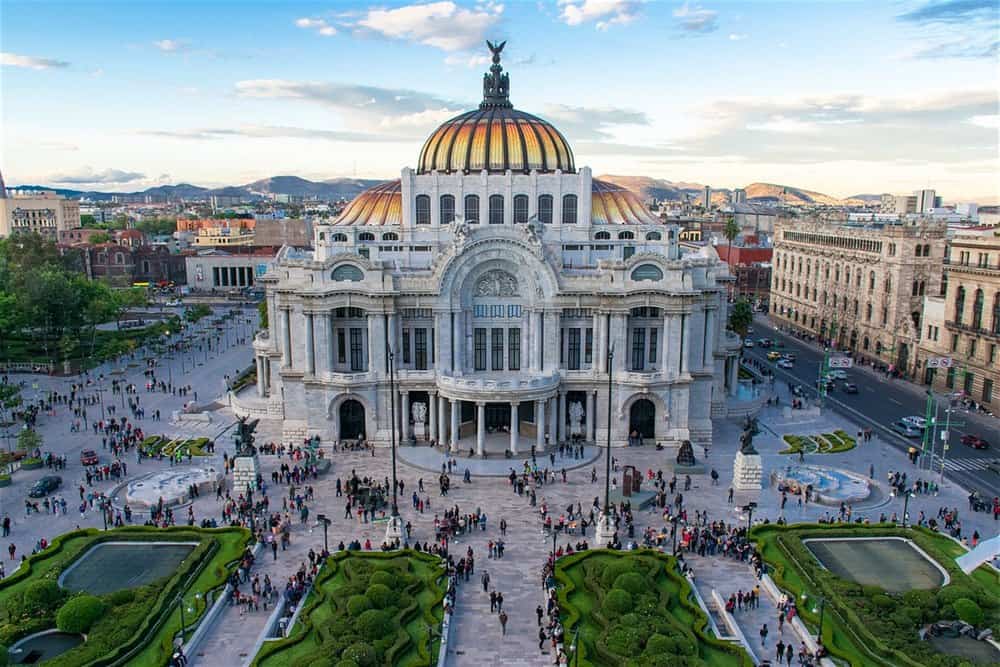 While Mexico has for a long time been seen as an unsafe country, with many drug cartels roaming free on its streets, the truth is farther away from that image. Mexico is not that country. Its crime level is much lower than in most of the South American countries and its people are very friendly and kind.

What’s more, Mexico has an amazing culture that will quickly get your mind out of your previous life and into a fresh new and adventurous start. The wonderful weather and low costs of living are good reasons to put Mexico on your list of options. 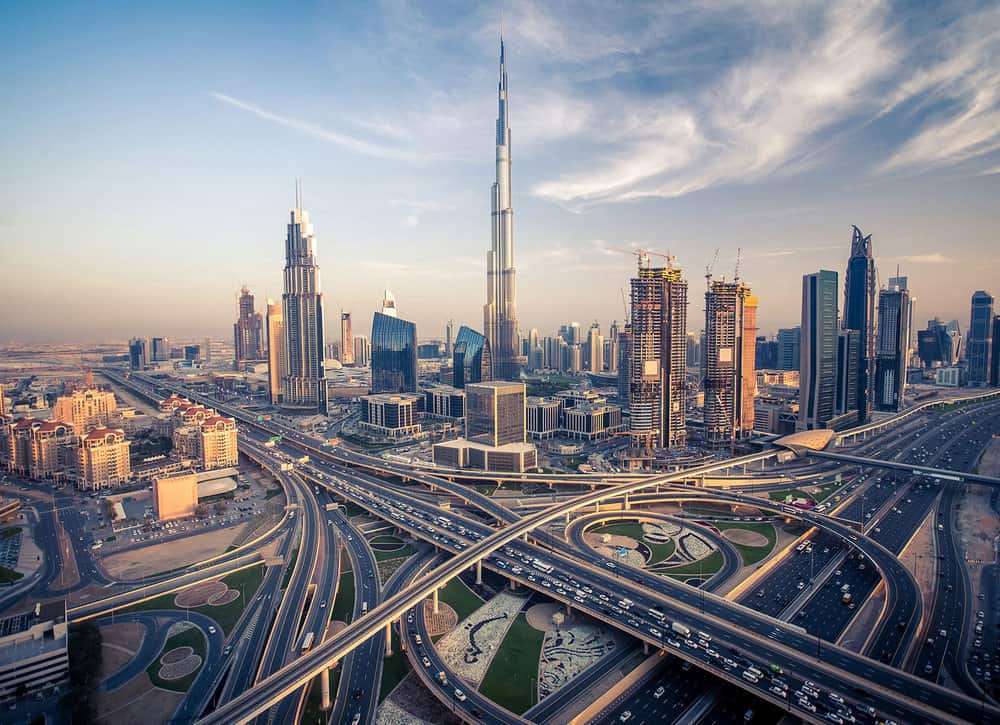 On the other hand though, the United Arab Emirates are not a cheap option, so you’d need to make sure you’ve got what it takes to survive the luxurious and upgraded life there, as prices are high enough to make you think very seriously about the option. The good side is that paychecks are usually big enough to cover for most of the amenities of a life in the UAE.

Panama is well known for its quality of life, as more and more people who move there, do it for that specific reason and they’re not disappointed several months later. Even more, most of those who started over in Panama have admitted that their happiness levels have increased.

The people of Panama are lovely and that’s one reason why moving there and starting over is a bliss. You’ll have plenty of opportunities for new friendships. Also, getting a job there isn’t a problem, especially if you’re interested in anything tourism related, such as restaurants and hotels. 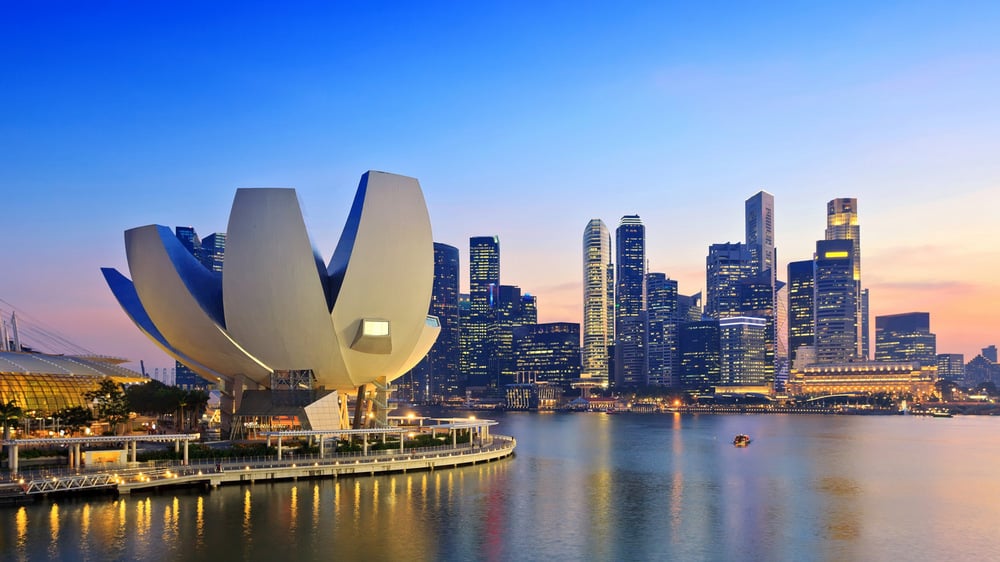 If you’re in search for a stable, normal and orderly environment to call home, Singapore is the answer you’re looking for. This country has excellent living standards, with some uncommon regulations such as not being allowed to smoke, spit or chew gum in the street. Which is not a bad thing, if you think about it. Sure, you might get a fine until you get used to it, but hey, at least it’s a civilized environment.

One of Asia’s leading countries, Singapore will amaze you with its vibrant atmosphere, modernity and luxury once you set foot there. 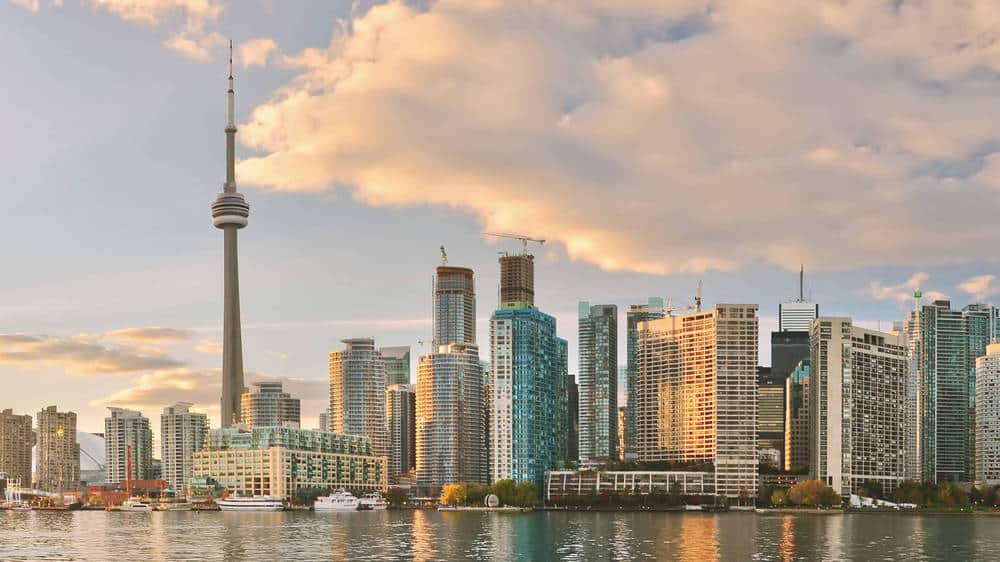 Canada can feel like a second home to most US citizens, so for them, moving there would be easy. But Canada is a friendly land for everybody looking to move to a country with a high level of life quality.

From job opportunities to leisure activities and some of the friendliest people in the world, Canada is one of the top destinations for those looking to make a big change in their lives and getting a fresh start somewhere else.

More than that, Canada is a family-friendly country, focusing a lot on the well being of its people and their families. But even if you’re more like the lone traveler type, Canada offers amazing scenery and plenty of gorgeous land for exploration. 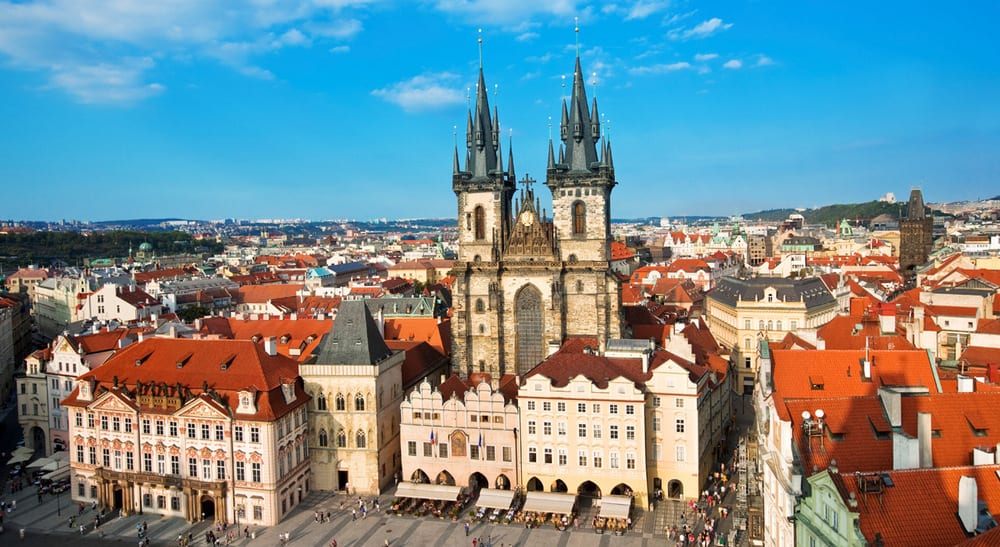 Czech Republic probably doesn’t sound like a good country to start over, but believe us, there are a lot of expats living there already, most of them from the United States.

Let’s face it, Czech Republic is one of the most beautiful countries in Europe and on top of that it offers countless of opportunities to start a new life there without being among the world’s richest.

Science, teaching and health care seem to be the most successful domains there, so if you’re involved in any of them or have an academic background in those fields, you’re more than welcome to move there. And let’s not forget about those beautiful Czech girls, for all the lone males looking for a new country to start over. 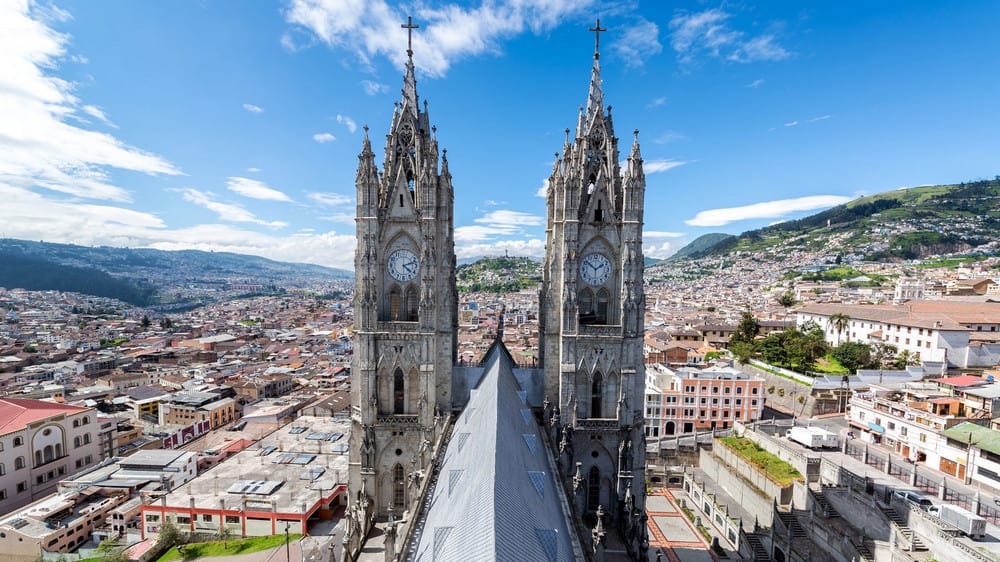 Ecuador is one of those gems of South America that hasn’t been on people’s minds for a long time and it’s only now that this country is showing up on the radar of those looking for either moving overseas or for an out of the ordinary vacation.

In the last few years, Ecuador has become one of the top countries for expat living, which is a good sign if you’re looking for a high-quality life and inexpensive costs of living. Also, Ecuador has one of the lowest crime rates in South America, which makes it a safe destination.

Add in the lush green vegetation, amazing landscapes, the rich culture and its kind and hospitable people and it won’t take you too long to decide to move there. Or at least have a month long vacation to explore the most impressive parts of Ecuador. 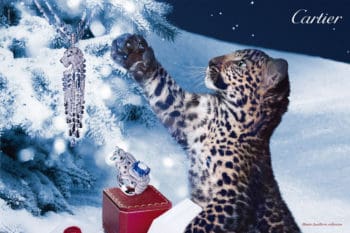