Urwerk Introduced a Two Tone Version of its Spectacular UR-111C 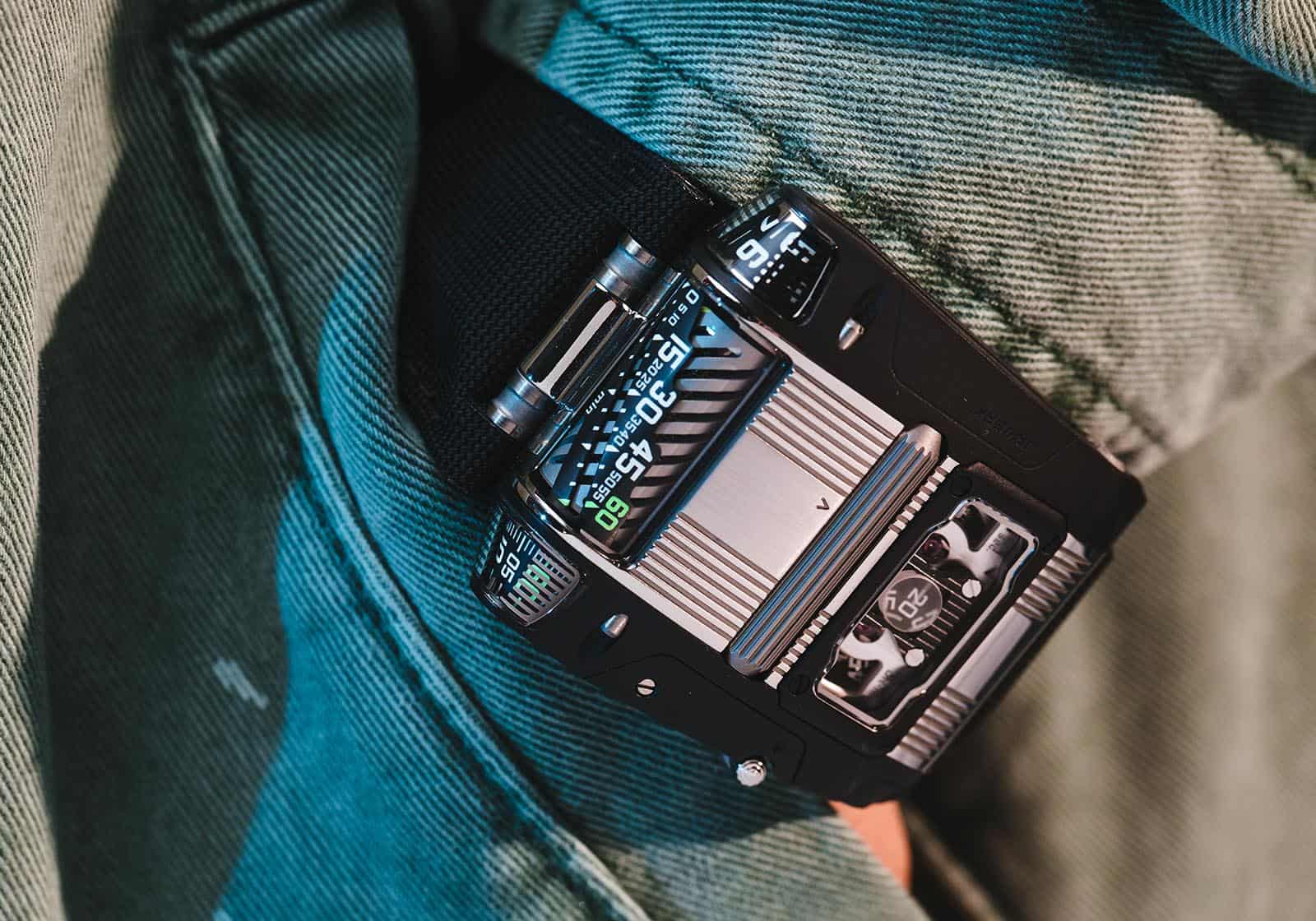 Two years ago, the renowned Swiss watchmaker Urwerk unveiled one of the most conceptually adventurous watches on the market, the UR-111C, an innovative timepiece that offered a wild new way of telling the time, with the hours and two versions of the minutes being displayed in cylindrical glass sapphire domes on the right edge of the watch.

This way, you could read the time without having to lift your hand off the steering wheel, while the aggressively futuristic design proved to be a head turner everywhere. As you can imagine, the first version of this watch was extremely sought after, especially because it was produced in a limited run of just 50 units.

But since then, URWERK presented three other versions of the watch, in various finishes, plus a unique engraved piece. And today, the unconventional brand has introduced a new, two-tone version of this beauty, that’s simply dubbed UR-111C TT. Combining black coating with brushed and polished steel, this watch looks more amazing than ever!

The central part of the case stands out in brushed steel, flanked by black-coated sides, while different finishes beautifully accentuate the unique architecture of this watch and its key functions, including the unique time display and roller style crown. 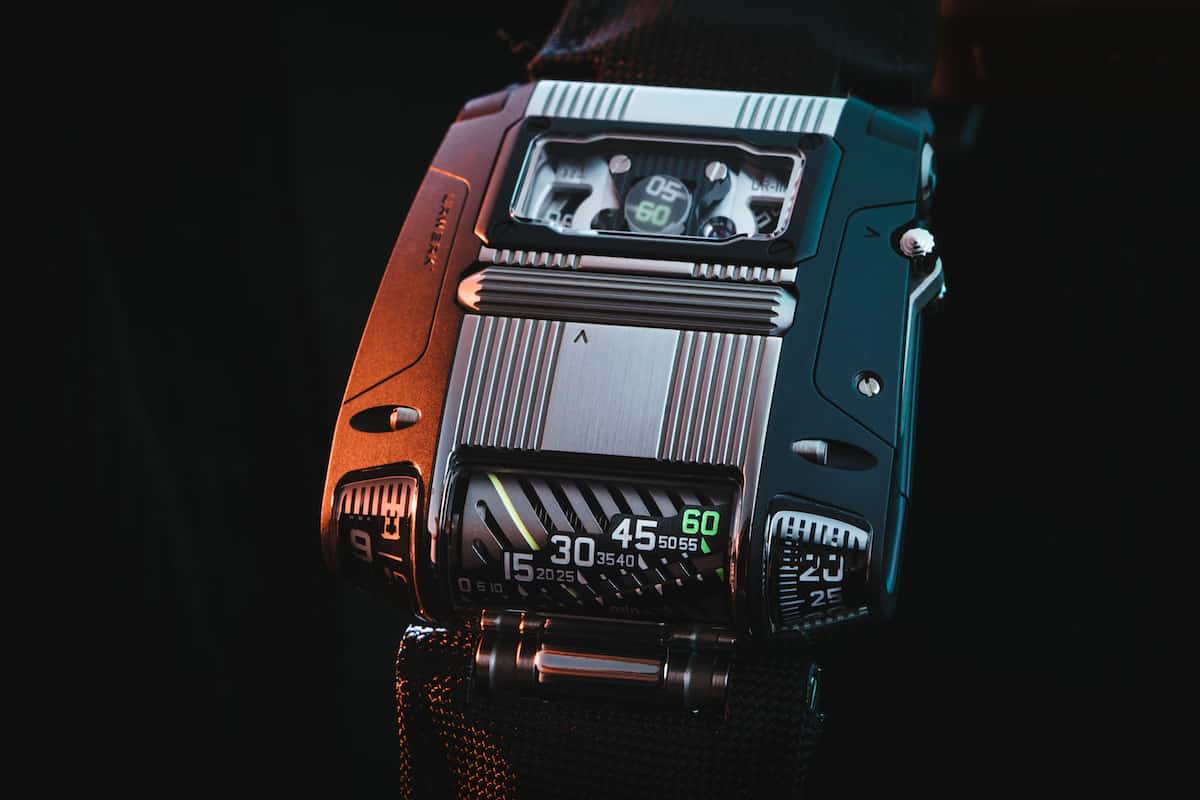 Apart from its superb two-tone look, the UR-111C TT is basically identical to the earlier versions of this watch. Time is displayed the same, spectacular fashion, with three rounded sapphire windows located at the front of the edge of the case. The jumping hours and progressive minutes are displayed on rotating drums on the left and right sides, while the retrograde minutes are presented in the central window, with a cool, linear indication.

Meanwhile, the digital seconds are displayed with two skeletonized wheels at the top of the case, each of them carrying alternating five-second numerals that pass through a circular window that projects the numbers on the small sapphire crystal display via optical fibers.

Last but not least, we should also mention the innovative crown, that’s actually.. not even there. Instead of using a traditional crown, the Swiss watchmaker has incorporated an interesting roller right in the middle of the case for winding the mainspring, while an extractable lever allows users to set the right time. 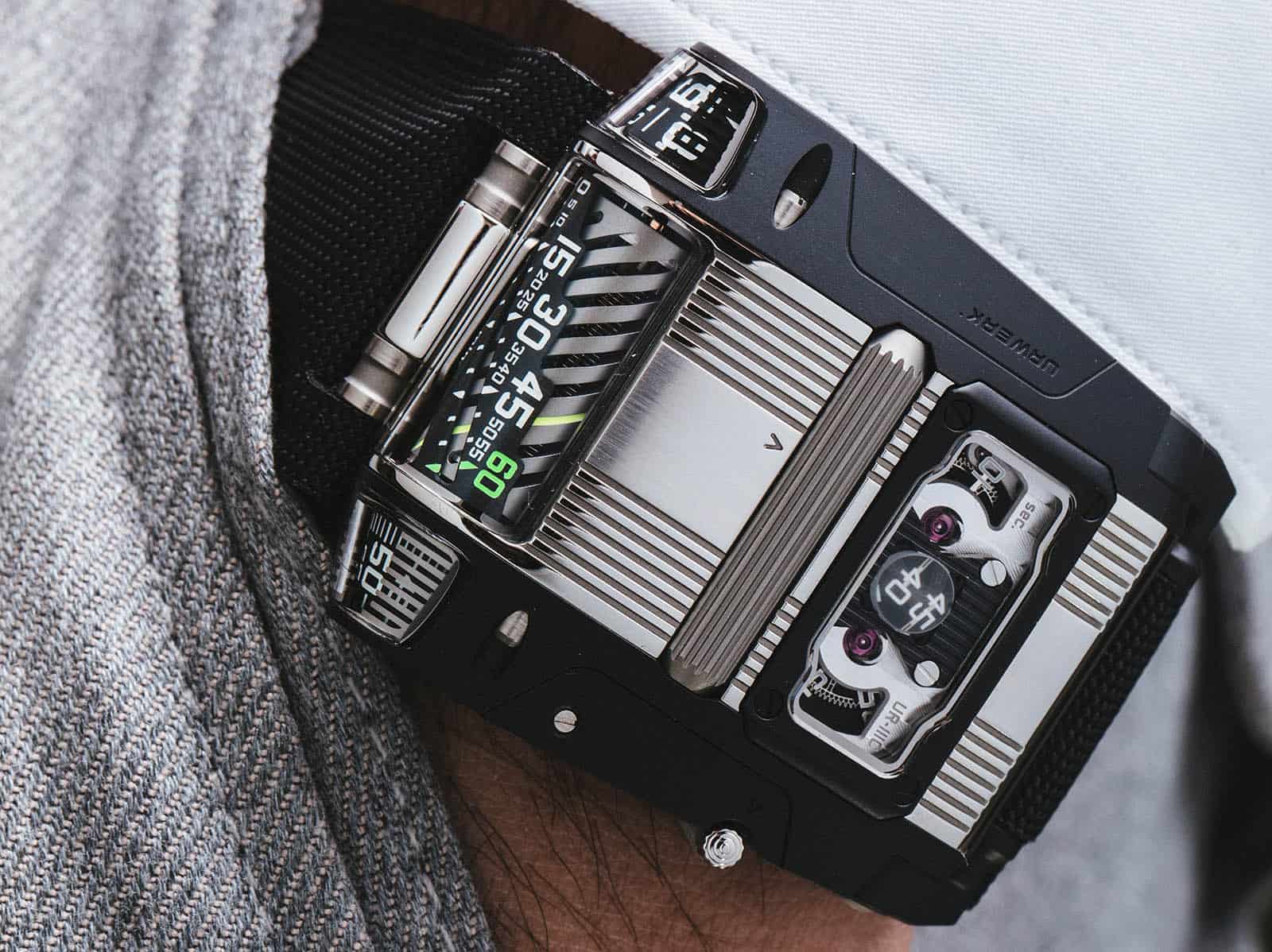 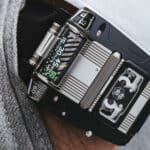 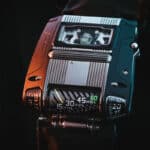 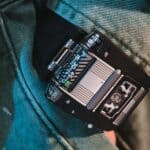 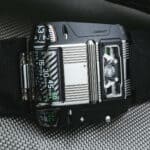 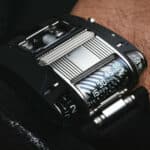 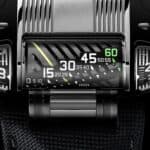 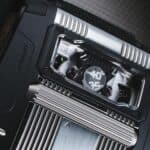 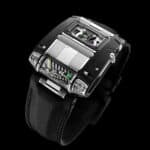 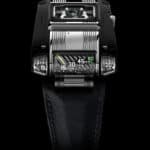 Tags:
Previous Article
BMW Teamed up with 3T For the Ultimate Cycling Machine
Next Article
Can You Transform Prefab Shipping Containers into Luxurious Homes?