Top 15 Most Beautiful Villages in the World

Who says only big cities can be beautiful and alluring? The world is full of really eye-catching and fascinating villages and small towns – you’ll find some of the most interesting in the list below:

Alberobello, in southeastern Italy, features perhaps the best examples of a kind of dry stone hut with a conical roof known as a trullo. Not exactly glamorous constructions (quite the opposite!), these modest traditional huts are great examples of ancient building techniques, even though these constructions aren’t more than a few centuries old. 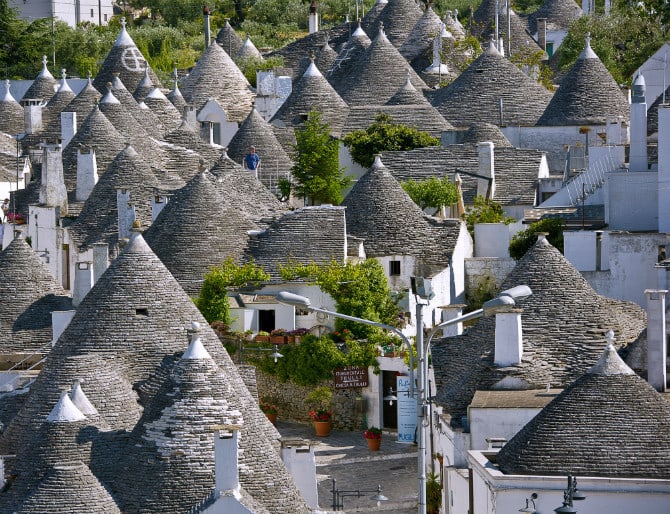 According to legend, Mount Marapi, in western Indonesia, was the first place the Minangkabau settled. Today, this highly active volcano overlooks the beautiful village of Pariangan where the Minangkabau still live. This picturesque place boasts a series of well-preserved traditional dwellings, as well as a large old mosque, and is protected as a place of great cultural and historical significance. 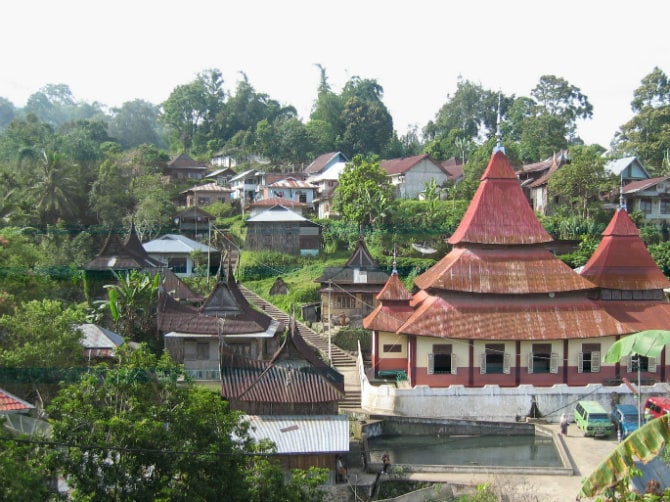 Located near Sicily’s eastern tip, Savoca is pretty close to the popular tourist destination of Taormina. While not quite as fashionable as its neighbor, Savoca is a very alluring place in different ways. It has a certain timeless, deeply Sicilian charm about it, which made it the perfect setting for Coppola’s acclaimed The Godfather II movie. Bar Vitelli, which was featured in the film, is still open, and there are plenty more churches, houses, and other old buildings to admire. 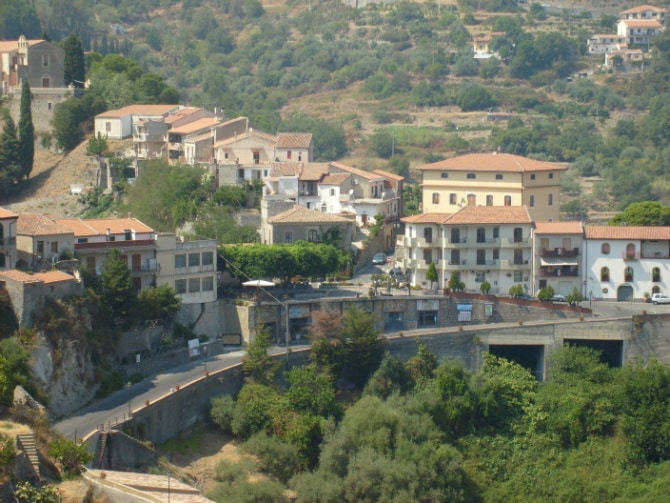 Göreme is small town in Central Anatolia, in the heart of Turkey. Established amongst the world famous fairy chimneys, it is one of the best places to go if you want to see these astounding rock formations up close.

First settled around two thousand years ago, there’s a certain otherworldly feeling about the place, especially since many of the dwellings are carved directly into the rock, same as some churches, which are also beautifully decorated. 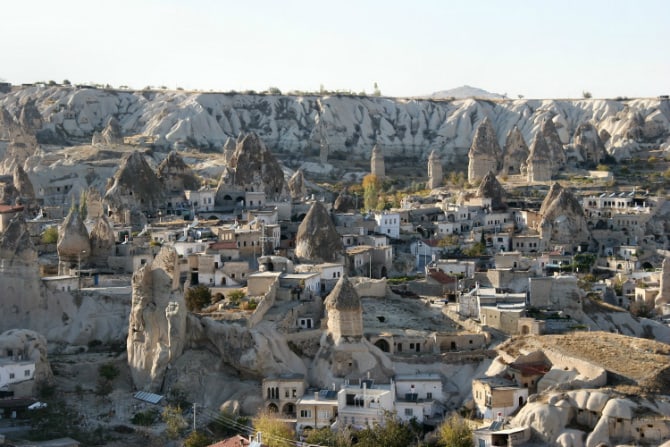 Widely considered the most beautiful small town in the United States, Madison was founded over two centuries ago and named after President James Madison. Its historical credentials don’t end there, however, as the place boasts an extensive historical center featuring lots of examples of antebellum architecture, from which the place draws a lot of its charm. It is even said that General Sherman himself spared the town during the Civil War because it was too beautiful to destroy. 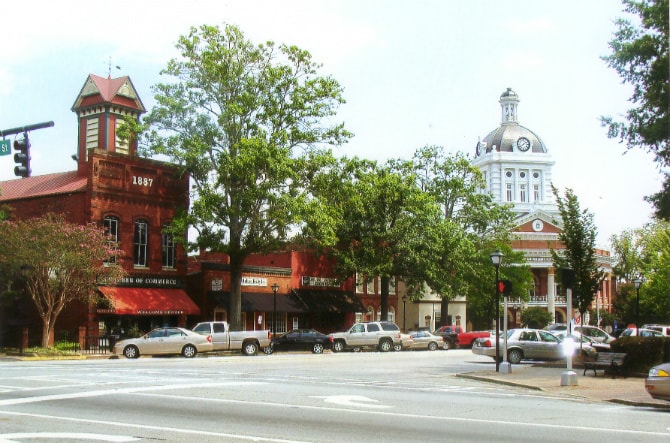 Until recently, Júzcar was just your average small village located in Andalusia, in southern Spain. Like in most other places in the area, all houses had whitewashed walls, but in 2011all the walls were painted smurf-blue in order to celebrate the premiere of the Smurfs movie. This makeover was so popular with locals (not to mention tourists), that they refused Sony Pictures` offer to repaint the village – which is now one of the most remarkable places in the area. 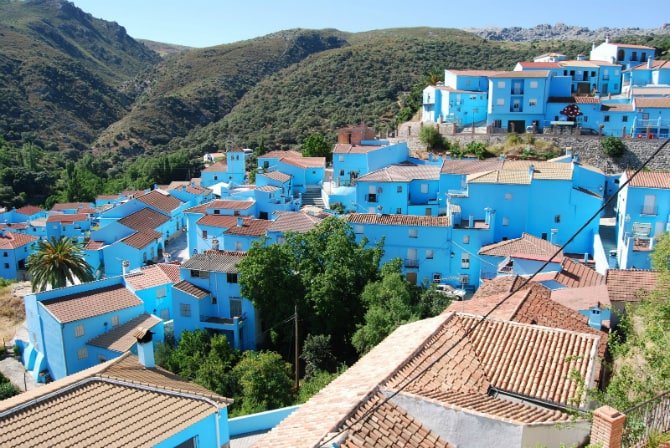 Part of the Lofoten archipelago in northern Norway, Reine is one of the most beautiful and welcoming places north of the Arctic Circle. Surprisingly mild weather means that locals and travelers alike can take full advantage of the stunning surroundings, whether that means hiking, kayaking, or admiring the landscape and the quaint fishermen’s huts. 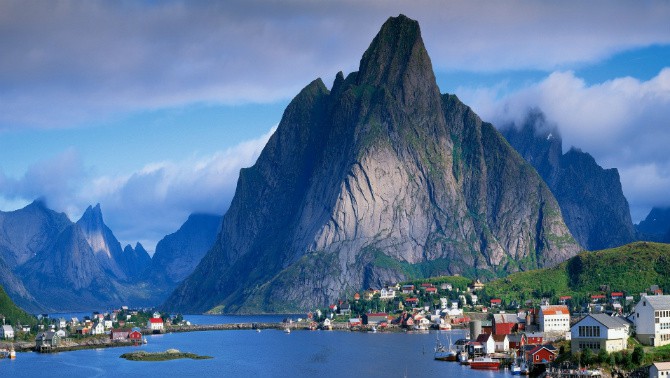 Sidi Bou Said, located north of the Tunisian capital Tunis, sits proudly on top of a cliff overlooking the Mediterranean and is thus ideally placed to provide jaw-dropping sea views.

But it’s not all about the memorable vistas. This gorgeous spot also features a striking combination of white and blue throughout, giving the houses a really charming and elegant look.

One of the most scenic and picturesque villages in Europe, the Swiss village of Wengen draws thousands of tourists every year, both in summer and in winter.

Located high up in the Alps, the place is naturally very well suited for skiing. Another attractive feature is the fact the village is completely car-free, which improves air quality, reduces noise levels, and generally adds to the tranquil vibe of the place. 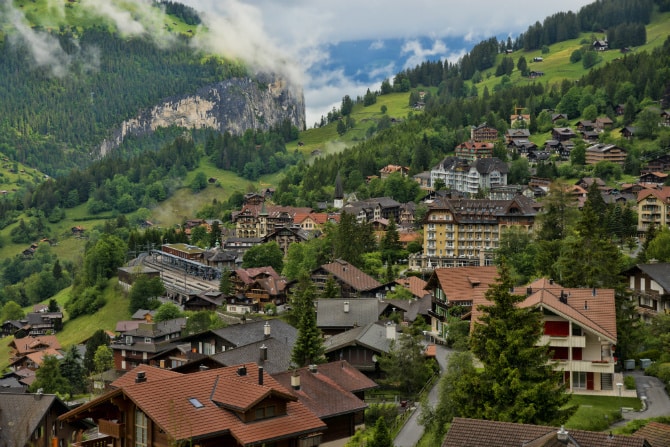 Located on the Japanese island of Honshu, in the Gifu prefecture, the small village of Shirakawa-go stretches among the mountains, in an area which receives some of the heaviest snowfall anywhere in the world. Consequently, the locals developed a special kind of building style known as gassho-zukuri. Houses built this way feature thick, triangular-shaped thatched roofs, reminiscent of hands joined in prayer, a shape designed to deflect the heavy snow. 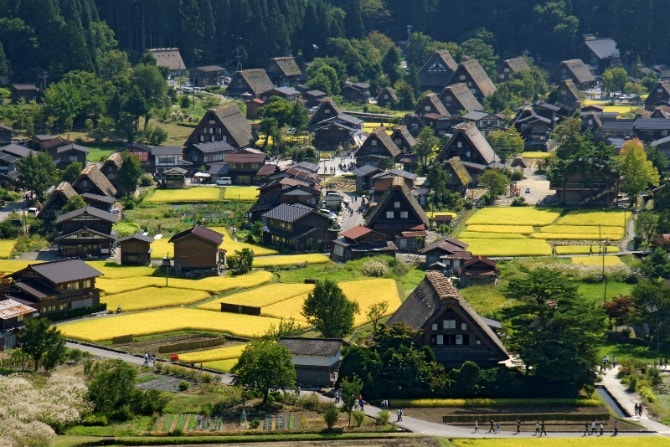 Burano is a tiny archipelago comprising four islands located in the Venetian Lagoon. What sets it apart from other parts of Venice, and from any other place in the world, is the fact that the inhabitants have painted their houses in a seemingly random variety of lively colors. So important is this feature (which started out as a way for fishermen to distinguish their houses through the fog), that nowadays you need special approval if you want to paint your house. 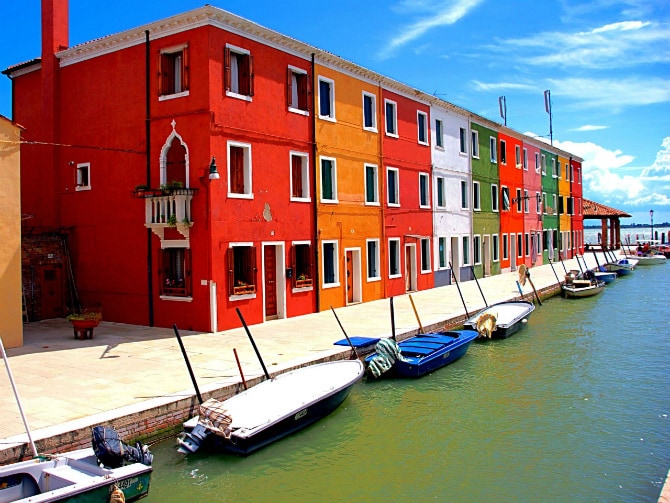 The thousand-year-old village of Bibury, in western England, is one of the most picturesque places in the UK. The spot is famous for its honey-colored Cotswold stone cottages, especially those along Arlington Row. A walk along these charming constructions, or along the Coln River, which flows through the village, sometimes right next to the main road, can be a real trip back in time. 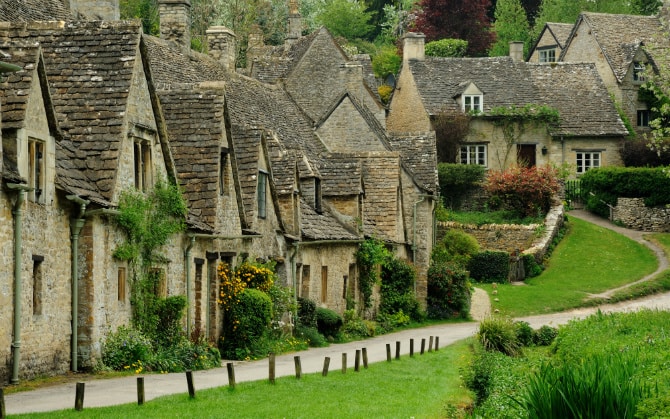 The lakeside village of Hallstatt, located southeast of Salzburg right in the heart of Austria, is not only stunningly picturesque, but also has quite a past behind it. Historically wealthy thanks to its rich salt mines, the village is famous for giving its name to the Hallstatt culture, which mostly associated with the ancient Celts. Nowadays its appeal is such that a full scale replica of the village, with houses and even the church, was built in China. 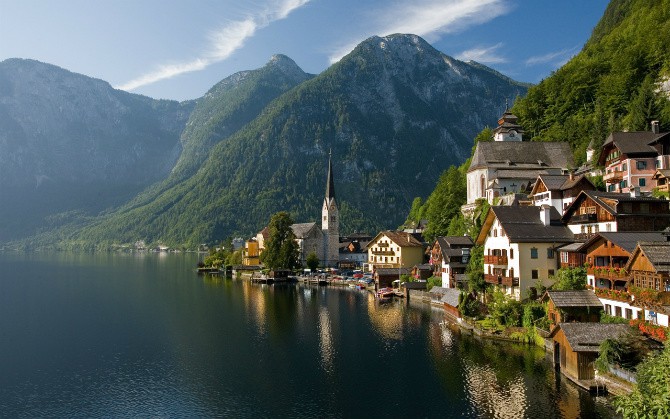 Perched atop the cliffs of Santorini, Oia benefits from quite an amazing setting. The scenic village is built right into the steep slope, which means residents and travelers can enjoy jaw-droppingly beautiful views of the world-famous Santorini caldera.

The cityscape is dominated by elegant white buildings glistening in the sun, with stand-outs being a ruined castle overlooking the entire area, the Captain’s houses, and a windmill, which is probably Oia’s most iconic construction. 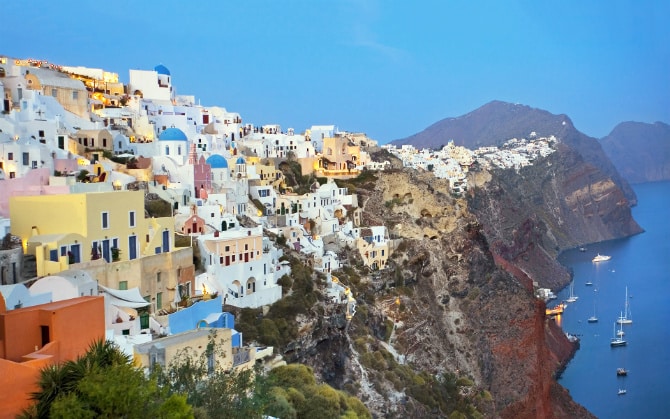 Eze is a breathtakingly beautiful place, located along the French Riviera. Rising 1,400 feet above the sea, it overlooks the coasts and offers amazing views of the Mediterranean Sea.

In addition to its location, Eze also boasts a certain medieval charm, thanks to its many well-preserved centuries-old buildings. 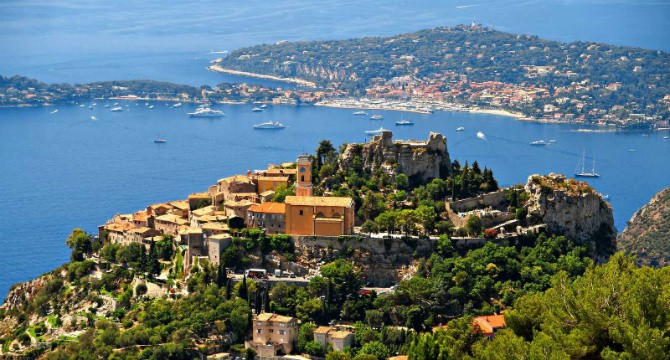