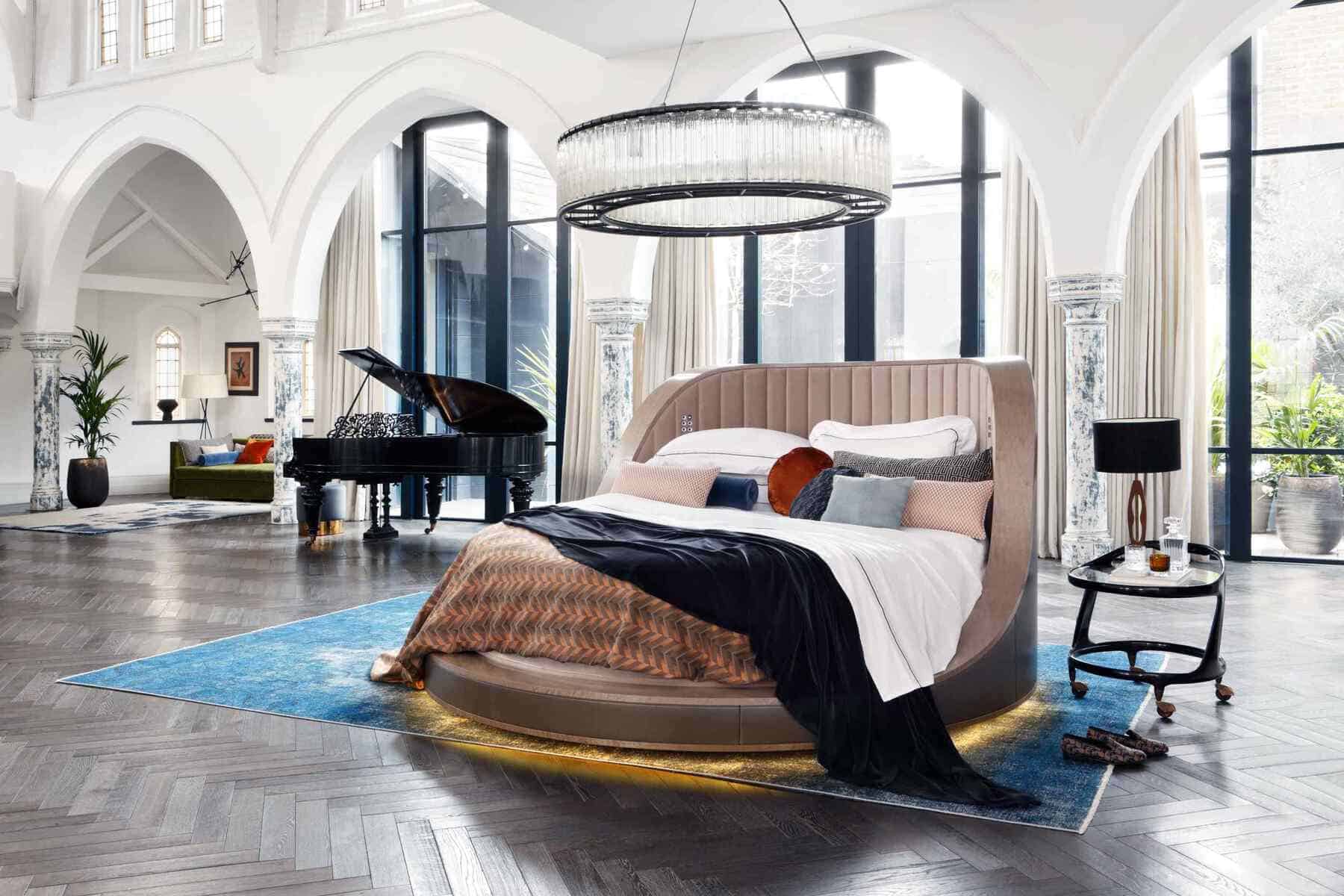 Sleep is one of the most mysterious subjects man has ever tried to unravel. In the attempt to make it better, many have diverted to using various methods, with more or less success, from no coffee drinking to no tech in the bedroom. In the same attempt, the British luxury bed maker Savoir Beds has come up with an intriguing solution: the Three Sixty.

With a history going back more than a century, Savoir Beds knows their way around bed crafting. Their design team has brought up all that experience into their new project, with the Savoir No. 1, a bed that encompasses only the best of bespoke beds, with hand-tied springs, precision tufting and soft HKy toppers from Mongolian yak hair, being the central piece. 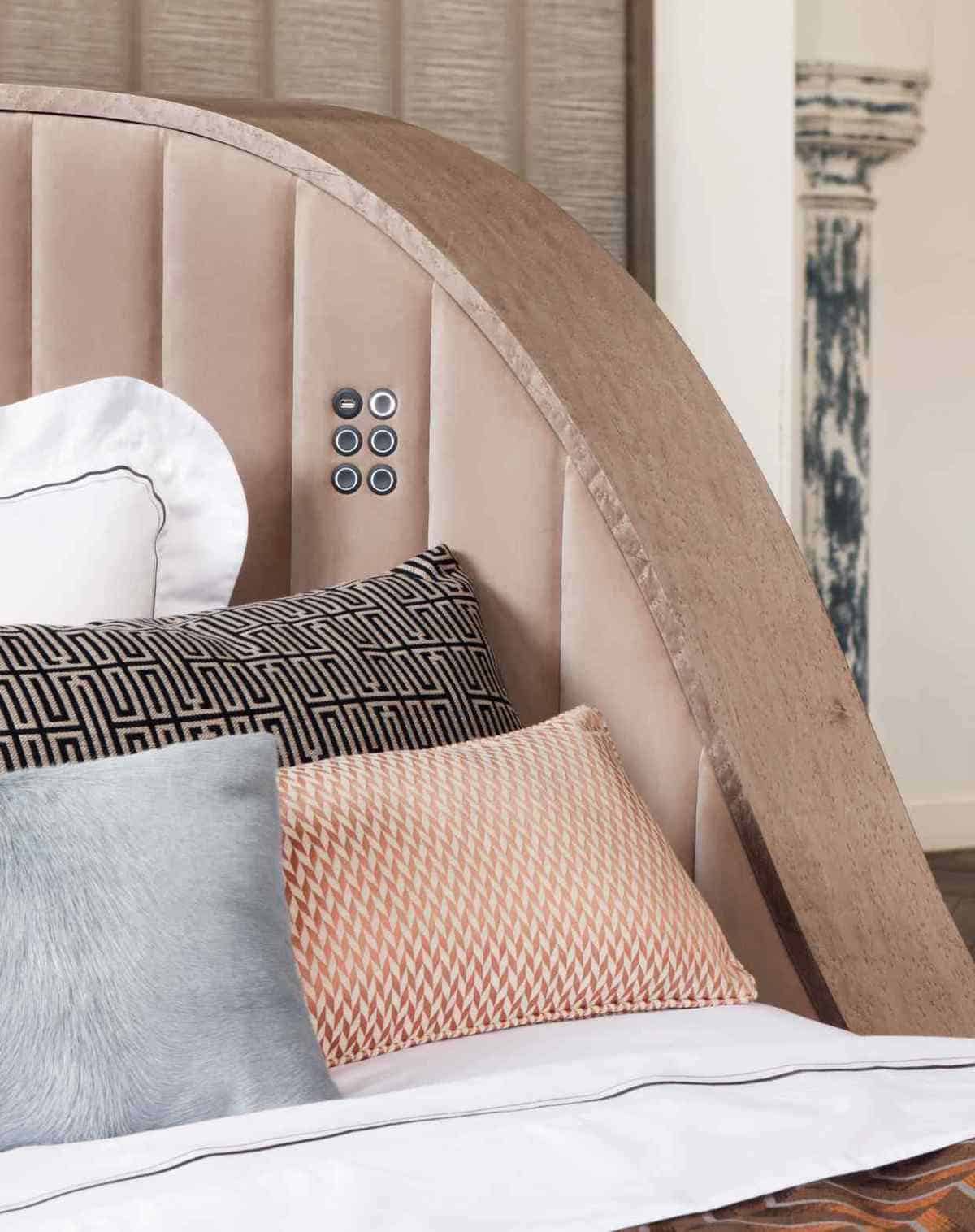 The exterior of The Three Sixty is curved and upholstered in soft leather and the arched interior features Italian Dedar from cotton velvet. The bird’s eye maple frame comes in several options, with the ability to select the preferred view through an app that controls the frame and lets the users rotate it 360 degrees. The mechanics come from some of the best turntable technology creators in the world.

Each bed takes approximately 300 hours to be crafted, making The Three Sixty Savoir’s most impressive creation so far. The Three Sixty also offers specially designed reading lights, with power and USB outlets and is available from June 4 in Harrods for a price tag of around $315,000. 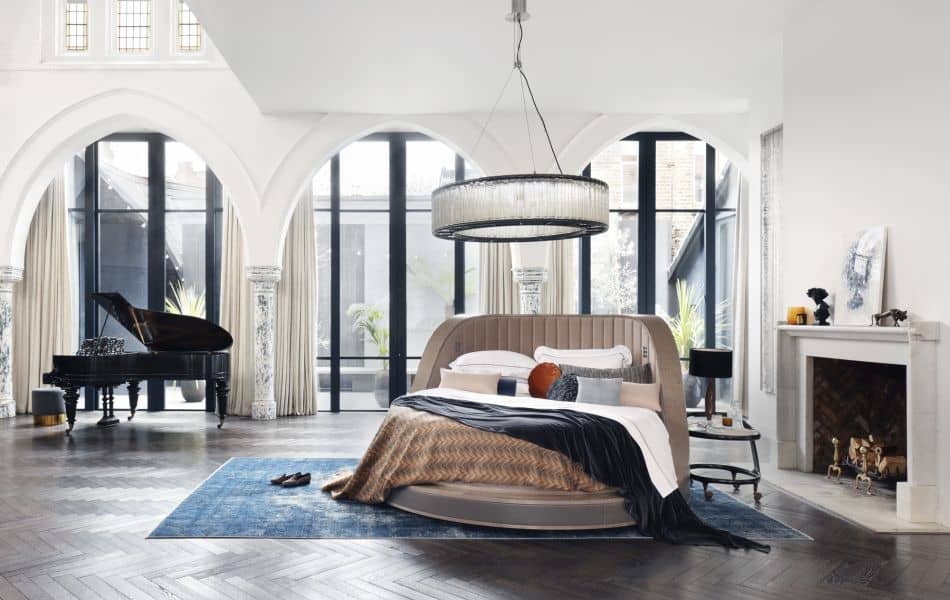 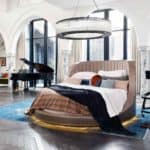 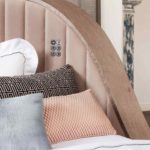 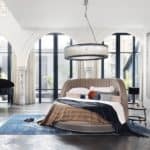 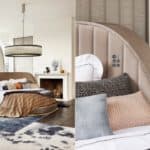 Tags:
Previous Article
The New Ultima RS will be the Star of the Goodwood Festival of Speed 2019
Next Article
Sanlorenzo’s SD Line Just Got a New Member: the SD96 yacht model 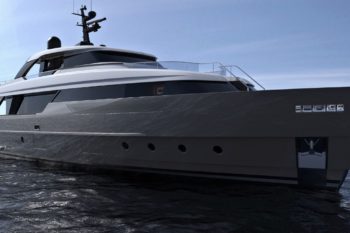