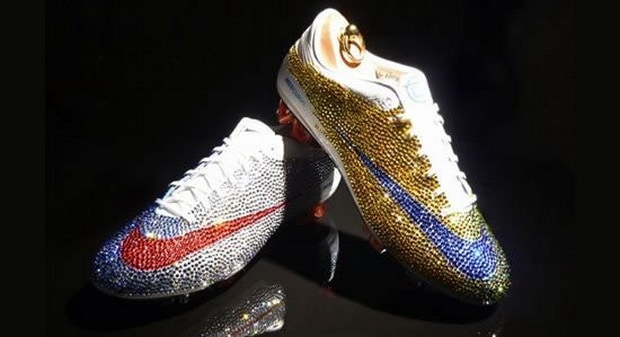 In case you’ve ever wondered how your shoes would look like with a little bling added to them, you will probably love the next sport shoes. These Swarovski-Studded Nike Superfly II‘s were crafted by Pierre at Orrovan Design Studios, Paris, for the PSG’s centre-back Mamadou Sakho to celebrate his selection into the France National Team for a friendly match with Brazil.

The Nike Superfly II‘s have been studded with as many as 5,000 Swarovski crystals, with the left boot receiving a French flavor while the right foot resembles the colors of Brazil. We don’t know yet if these Swarovski-studded sport shoes will be ever released on the  market but the guys from Orrovan Design studios might be able to make some on request.

The price of these lovely Swarovski-Studded Nike Superfly II‘s wasn’t mentioned on the company’s official site or blog but they’re apparently worth about 1,575 GBP or close to $2,560 which isn’t too expensive. 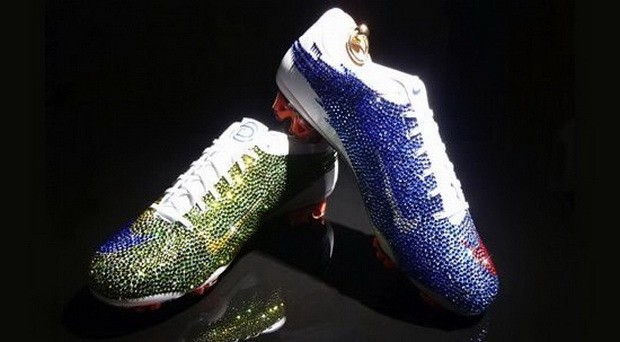 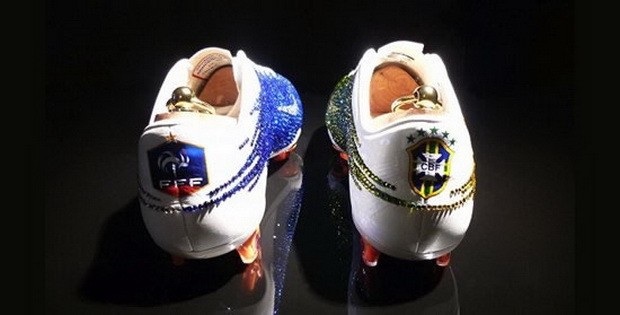