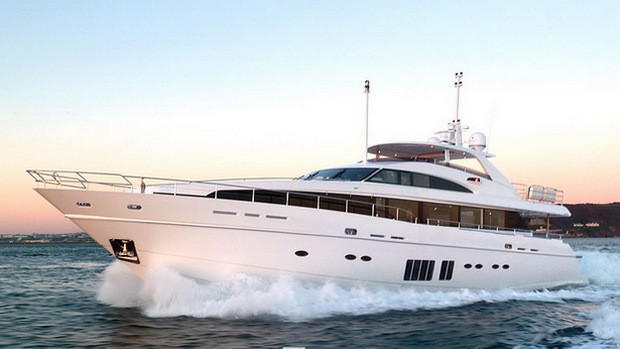 Luxury goods giant LVMH has just unveiled their newest creation for wealthy people: the M Class Princess Superyachts at the London International Boat Show. LVMH has acquired the UK-based yacht builder Princess Yachts back in 2008 and for the premiere of their first yacht of the series, the 32M, the company brought in some of its other brands such as Fendi, De Beers and Moet to demonstrated the glamour of the new range of Princess yachts.

First into production is the 105-ft 32M, truly worthy of the world class LVMH imprimatur, that’s going to have a base price of about $11 million. This long range cruising yacht boasts a huge saloon among other amenities and it will be available with a choice of four or five cabins, including a master suite with a split level bathroom, two or three double bedrooms and a twin room.

At the London International Boat Show the new Princess 32M yacht showcased lavish interior design schemes from fashion houses Fendi and Armani Casa for a haute couture on the high seas feel. LVMH also plans to launch a 40 metre version in 2012 with even more luxurious bells and whistles, like a matching set of Louis Vuitton luggage, for example. 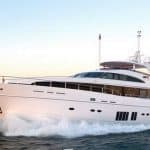 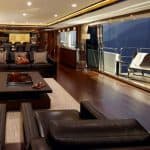 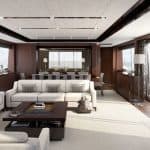 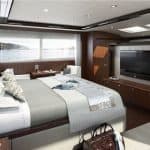 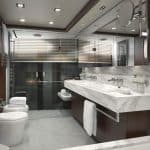 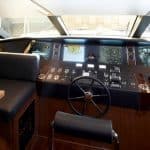 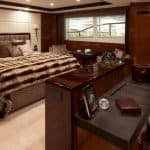