Jaguar XJ220 Remains One of the Fastest Cars Ever Tested 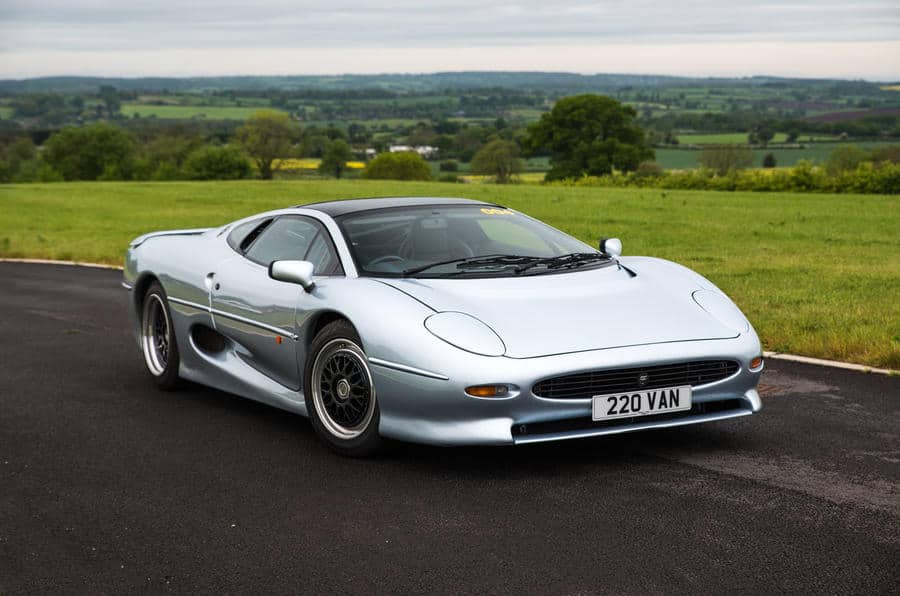 Have you ever tried to defeat the space-time continuum? If the answer is yes, you need to know that you are not the only one. Many people love to drive fast. It helps them secure a sense of freedom while letting them be in full control. When you get the chance to get behind the wheel, it is hard to resist the urge to push the accelerator pedal. There is nothing quite like the rush of acceleration.

If you do not want a vehicle that struggles to reach the highway speed, get the fastest car money can buy. This is a fantastic investment. Speaking of which, which is the fastest automobile in the world? Jaguar XJ220, of course. It is one of the fastest cars to have ever been tested. If you would like to know more about this ride, keep on reading. 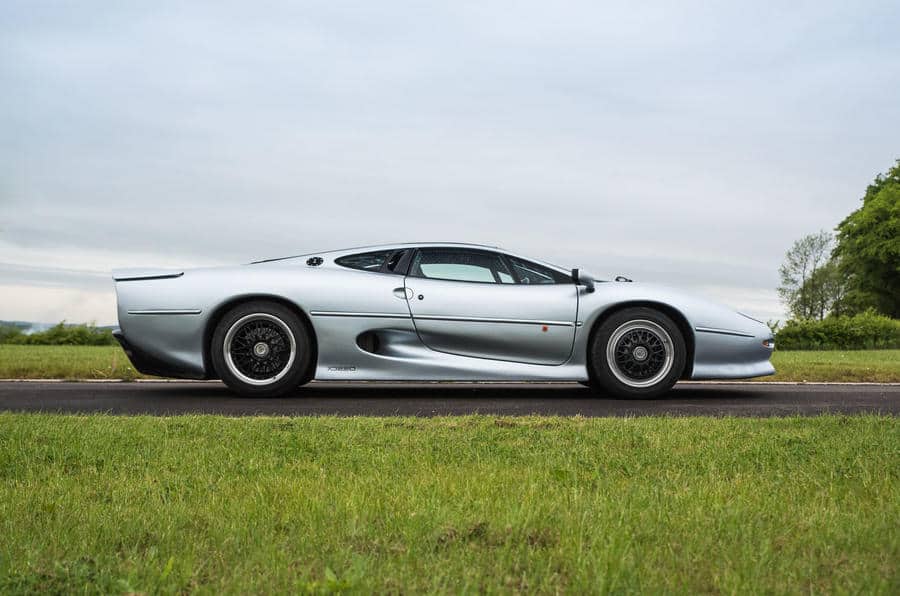 The two-passenger sports vehicle, which is manufactured by British top luxury car brand Jaguar, was officially introduced to the market back in 1992. When this ride first arrived on the scene, it made a great impression on car lovers from all over the world. How could it not? Only 350 road vehicles were produced at the time.

The automobile was meant to raise the bar when it came to motoring. Engineer Jim Randle helped Jaguar rebuilt its brand image. Het set his mind to creating a Group B supercar, which is what he did. The result was not what he had initially promised. The car was better than expected. Interestingly, Jaguar did not grant approval for massive car production.

A high-performance automobile was not on Jaguar’s agenda. The British luxury car manufacturer simply wanted to rebuild its reputation following years of neglect and mishandling. It is a good thing they had Jim Randle. He was a genius. Can you even imagine that Jim Randle built the concept for the 220 model with his child using cardboard and foam leftover from Christmas?

It is unthinkable, but this is the way things happened. If in the past people were not willing to sign on the dotted line, now it is a completely different story. Jaguar XJ220 enjoys a great deal of popularity. People cannot wait to get heir hands on this vehicle.

The past does matter: What is in the name? 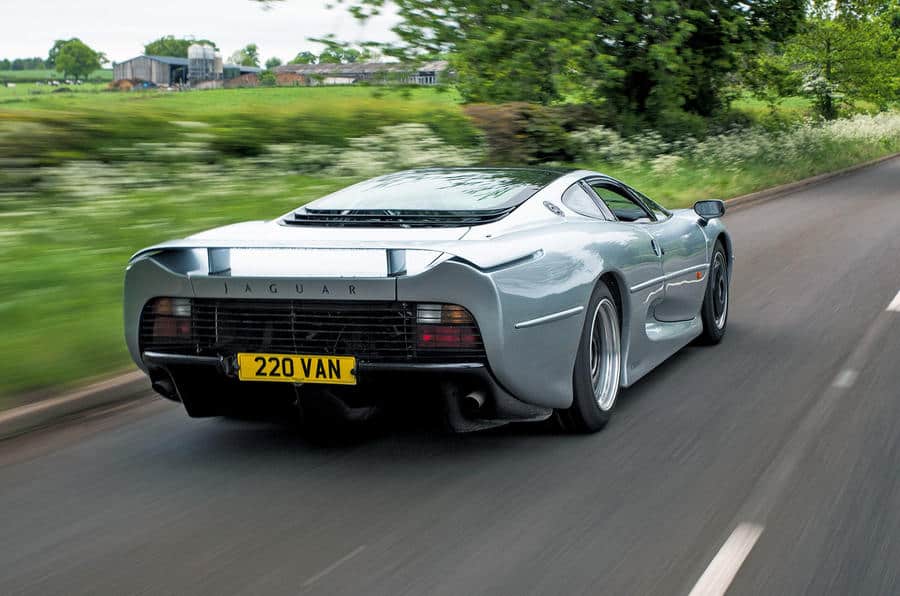 What do you think about when you hear the name Jaguar? This name conjures up images of cars of built quality and style. Not many know the fact that the company was forced to change its name right after World War Two. In the past, the organization went under the name of SS Cars. Needless to say, the corporation took down the SS tag and introduced a whole new name.

But why Jaguar? While does may not seem as a revolutionary name, it was something extraordinary in the 1930s. The company chose the name of a sleek and powerful beast, which had the exact same features as the motorcars it built.

Attention needs to be paid to the fact that the Jaguar car is not just a luxury vehicle. It can go as fast as any sports car. If you want to experience the luxury life, you need to invest in a Jaguar XJ220. You will enjoy a one-of-a-kind driving experience. Yes, the car costs a lot, but there are many reasons why you should commit to ownership.

Jaguar is a renowned manufacturer of fast cars and, as mentioned earlier, this reputation still stands today. All rides are equipped with cutting-edge technology which keeps the driver and passengers safe and sound. Finally yet importantly, the auto maker sticks to a recognizable design that does not change with time. So, what do you say?

Why Jaguar XJ220 does not disappoint 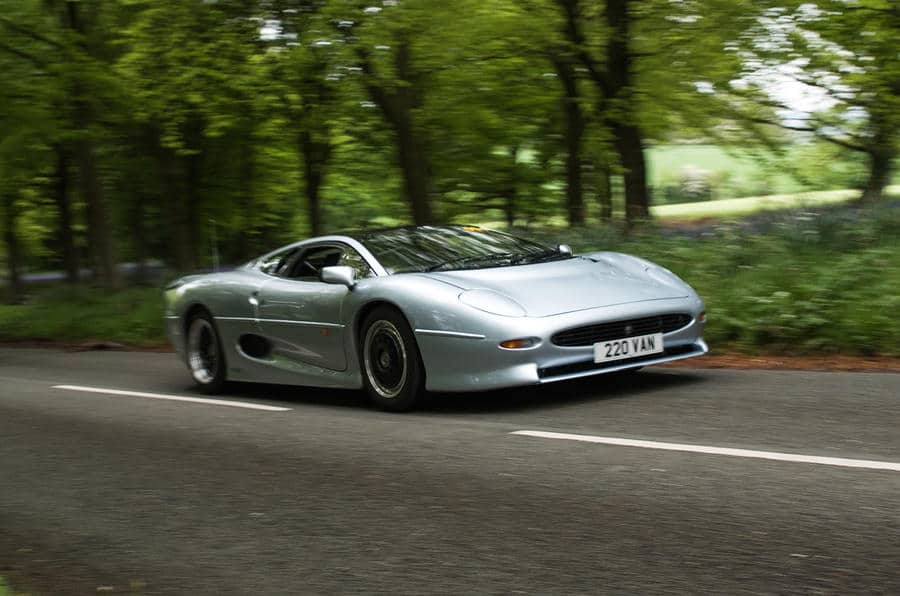 Jaguar XJ220 was at one point the fastest car in the world. It was better than the likes of Lamborghini Diablo and Ferrari F40. Everything changed when McLaren Cars introduced F1, which had a more streamlined structure as compared to many modern sports cars. Jaguar XJ220 is still special. This is what you need to know about this power car:

The people who were responsible for creating the Jag remember that it was necessary to make the nose shorter to bring it back into proportion. The original concept was longer and changes had to be made. During the course of the year, auto makers altered the styling of the road car, focusing on keeping the vehicle planted on the road at speed and making the interior as comfortable as possible.

They added more louvres, aerodynamic channels, and modern structuring. The ride was designed and built with very little money. Actually, Jim Randle was put in the situation of calling in favors from various acquaintances, such as auto parts suppliers and engineering companies.

Jaguar made the XJ220’s chassis from aluminum. Aluminum is much lighter than steel, so it has three times greater axial load strength. Chassis 004 did not crash during testing. More than that, it made a powerful debut. Chassis 004 was one of Jaguar’s most successful concepts. XJ220 is the exceptional ride you need. As far as the body is concerned, it features numerous aerodynamic cues.

The body is based on the neat, clean design of previous Jaguar cars. The rear window pops up and retracts at high speeds. The bonnet and doors are made of aluminum. The battery frame was integrated into the development of the body. Jaguar XJ2220 can move around more and is easier to be controlled.

The ride has a V12 engine, which was small, powerful, and more fuel-efficient as compared to the rest. Jaguar experimented a lot with this type of engine in the 1950s, but it was not until 1971 that the company perfected the design. Two engines were taken and mounted upon a common crankcase. The bore capacity did not change at all.

However, designers were able to pick a suitable stroke. The 3.5 – liter engine can produce the necessary torque and power and meet gas emissions standards. The automobile recorded a top speed of 341.7 km/h (212.3 mph).

There you have it. As you can see, the Jaguar XJ220 is a car that does not disappoint. If you want to drive ridiculously fast, this is the car you should get. 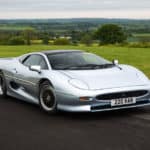 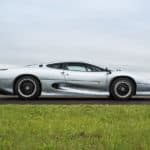 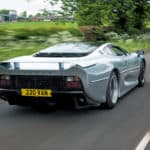 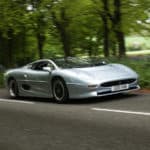 Jaguar Took the Wraps off the 2018 Jaguar F-Type 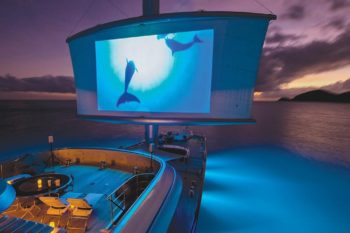