Home » Travel » How to Spend a Perfect Day in Cairo

How to Spend a Perfect Day in Cairo 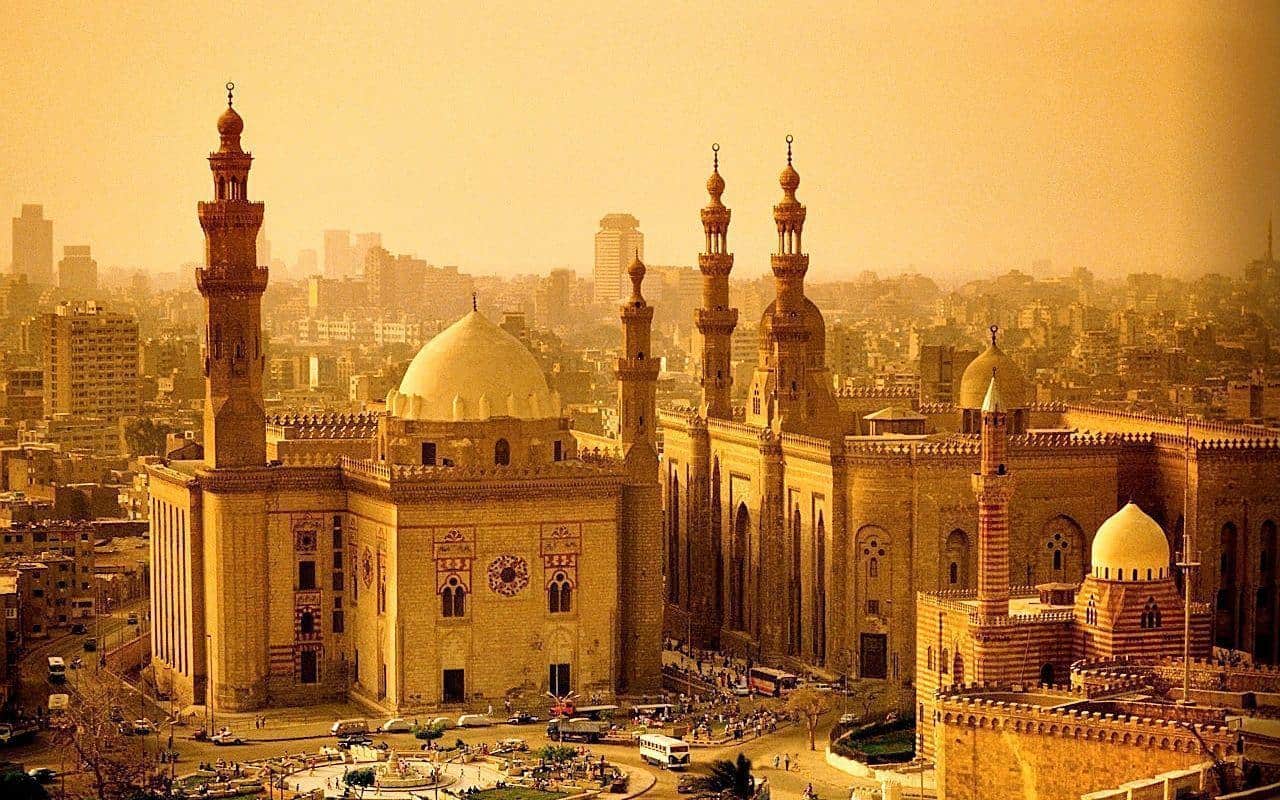 Among the numerous capitals in the world, Cairo is the one that draws with it an enchanting power, like no other city on the planet. With its legendary pyramids, ornate mosques, bustling streets and ancient architecture, Cairo has captured the imagination of travelers from all over the world for millennias. But the city’s unique history, culture and vibe might prove to be too much for novice holidaymakers.

If you thought your dream Egypt vacation would be just a relaxing sightseeing trip, you might want to think again, because the streets here are always flooded with thousands and thousands of tourists and all the locals who are in a hurry from one spot to another, while the scorching hot and dry desert climatic conditions might be a tough transition to some people.

But all these challenges fade away when you think about Egypt’s enormous history and all the amazing experiences that this country has to offer. Cairo is the heartbeat of Egypt and it’s definitely the best starting point for any trip to this unique part of the world, but you might need to spend at least a day or two here to discover the one-of-a-kind charm of this city.

Let’s take a closer look at the places you have to check out when you’re in Cairo. 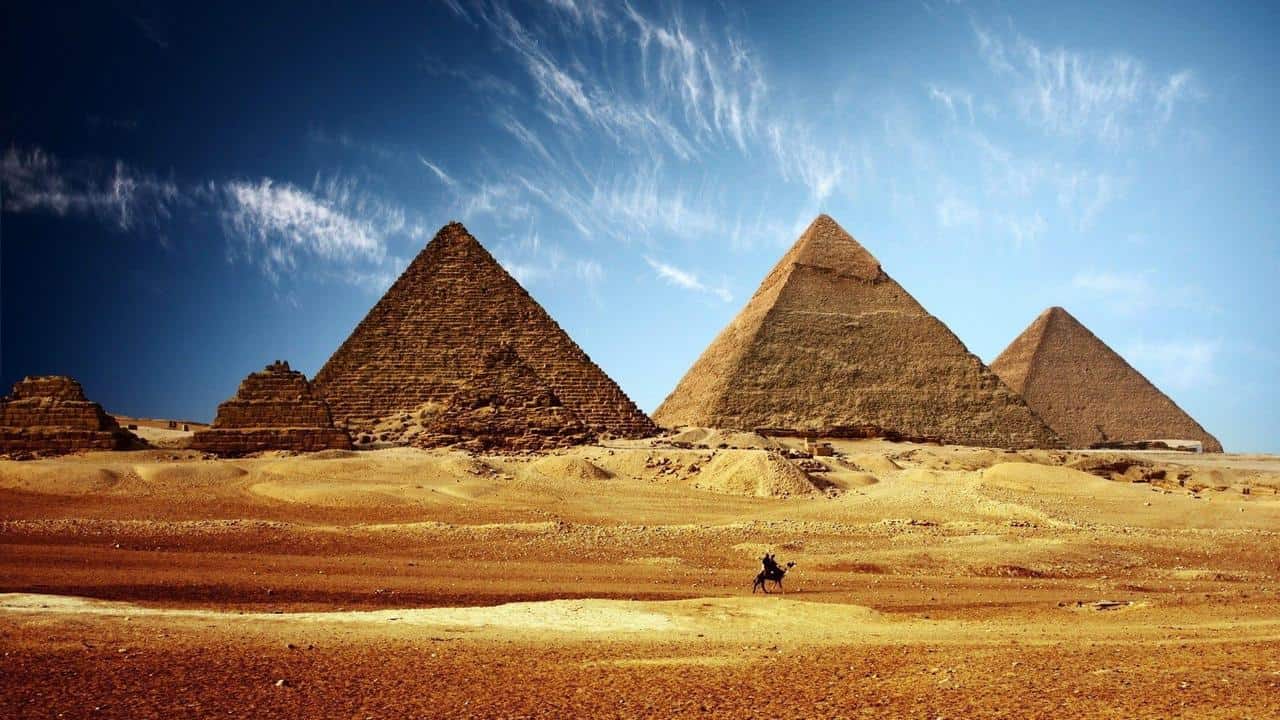 When we think about Egypt, the pyramids are obviously the first things that come to our minds. These astonishing man-made stone-block creations are located right in the outskirts of Cairo on the famed Giza Plateau. It’s a breathtaking sight, which includes the Great Pyramids of Khufu, Khafre and Menkaure, the Sphinx, several cemeteries, and even a workers’ village and an industrial complex.

If you want to explore the place on your own, that would be great too, but local guides will tell you everything you need to know about the Pyramids and help you navigate to the best spots to admire these man-made marvels. Take a lot of photos and make sure to pause for a second to feel the breeze in front of these huge Pyramids and imagine how it might have been to live in that period once again.

Egypt Museum, The House of History 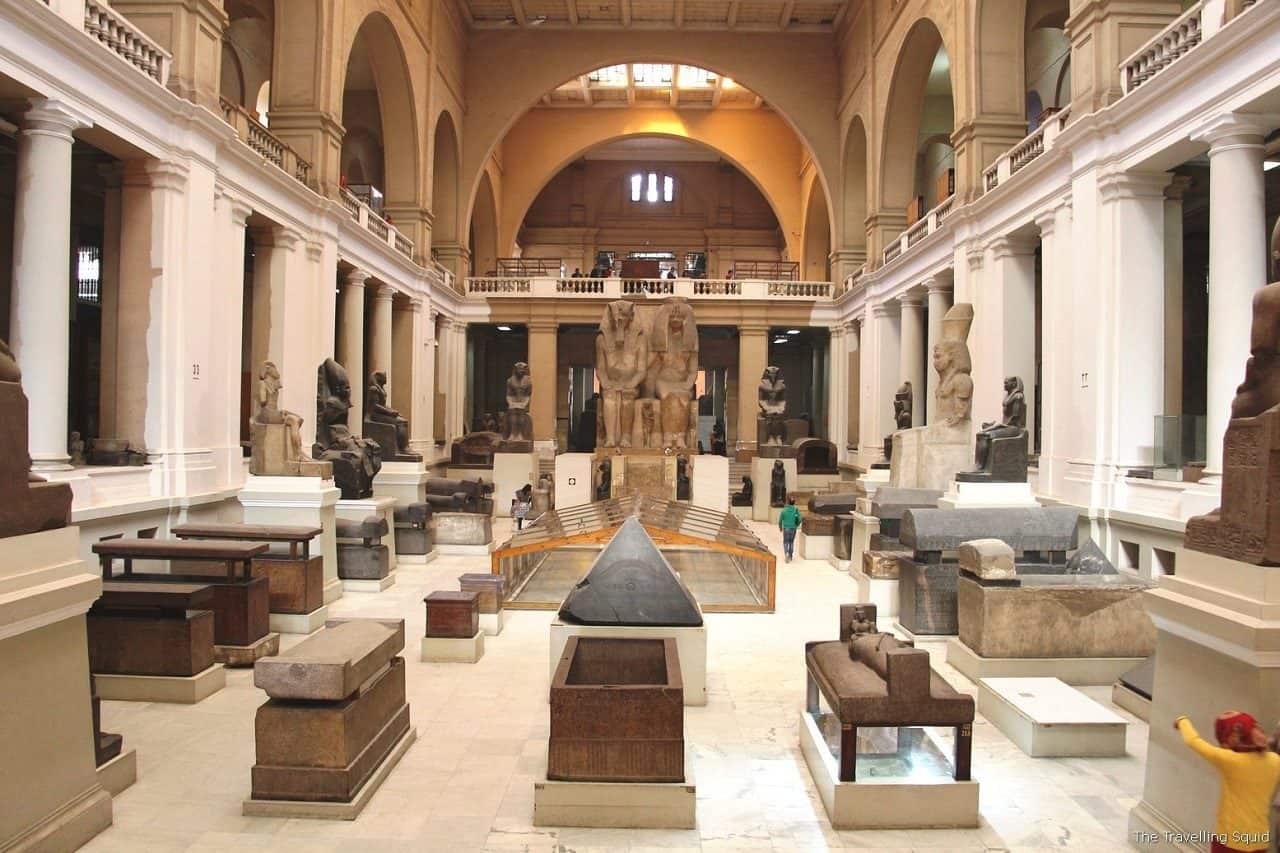 The Museum of Egyptian Antiquities, or simply.. the Egyptian Museum, is located in Central Cairo and holds more than 1 million artifacts and remarkable sculptures that will keep your full and undivided attention for hours. This museum is the largest in the region, at least until the new Grand Egyptian Museum at Giza will open up soon.

The fascinating display of ancient Egyptian antiquities spreads over two floors and includes the world’s largest collection of Pharaonic antiquities. The first floor has an extensive collection of papyrus and coins from the Ancient world and artifacts from the New Kingdom, while the second floor features items from the final two dynasties of Egypt and from the Valley of the Kings. 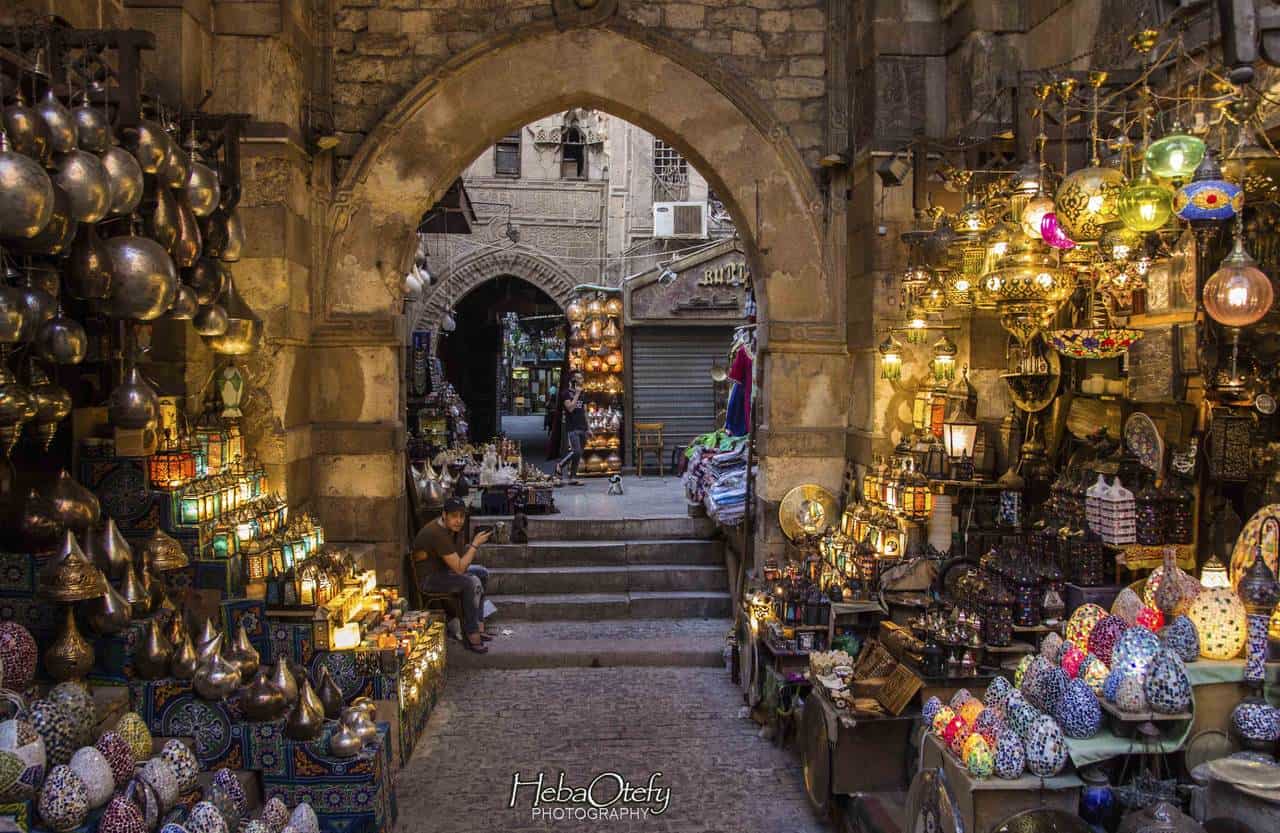 Nestled right in the historic center of Cairo, the Khan el-Khalili market is one of the world’s most famous bazaars, a major attraction and hot spot for tourists and Egyptians alike. This stunning bazaar is home to many Egyptian artisans and small workshops doing traditional crafts and souvenirs. So if you’re planning to get a small gift for your close friends or family, the Khan el-Khalili market is a must see.

After an adventurous shopping session in the bazaar, you can enjoy some local treats at the market’s food stalls, take a coffee break or try out many other local specialties there. The narrow, cobblestone streets and winding, interconnected alleyways that make up the old bazaar district create a magical atmosphere that feels like a trip back in time. 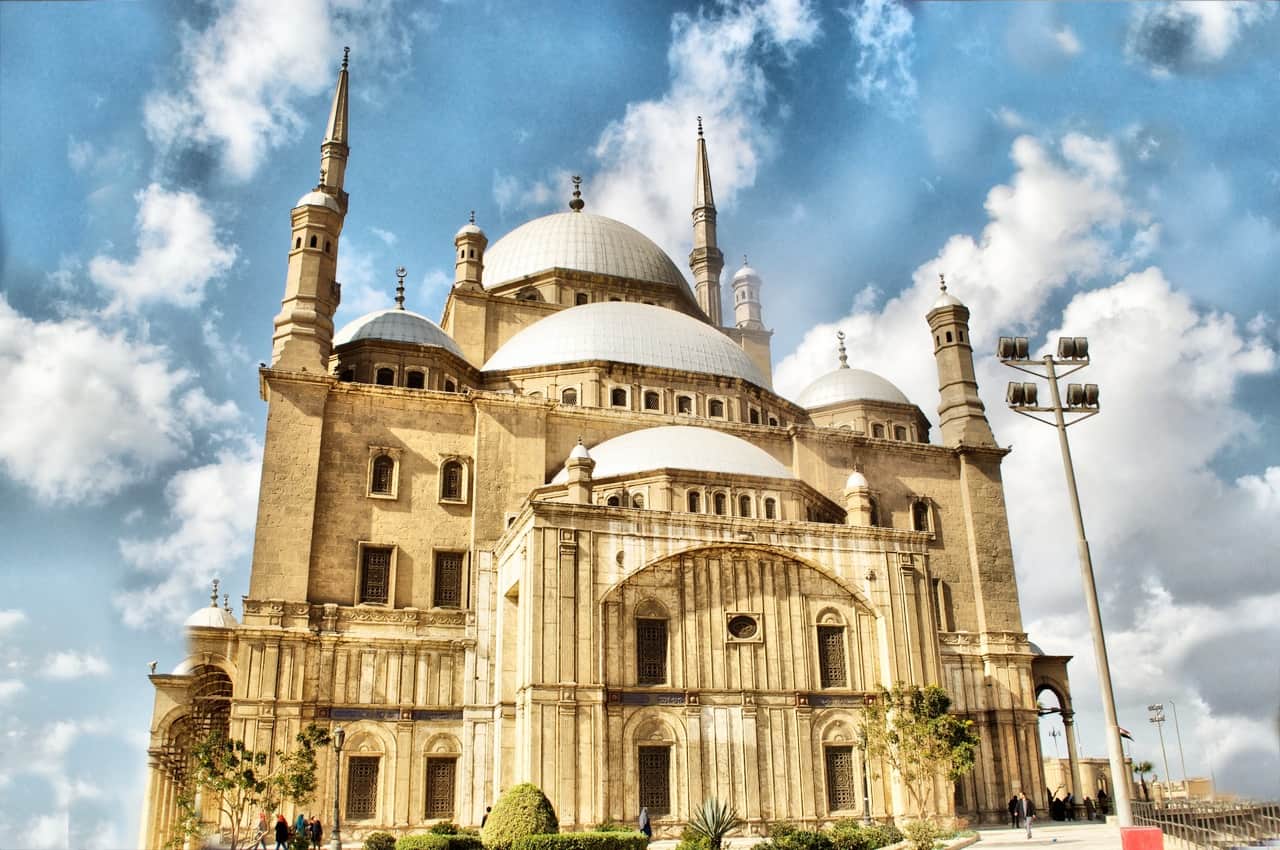 Cairo is also called the City of Minarets because this city is home to an endless number of mosques. Most of them are pretty small and not too interesting for the everyday traveler, but the most impressive by far is the Muhammad Ali Mosque, standing tall on the summit of the Saladin Citadel. This phenomenal structure was built in the 19th century and even today it’s the most visited mosque in all of Egypt.

Also called the Alabaster Mosque, this magnificent building has impressively high minarets and the view from the top is second to none. From the top you can practically see the entire city, including the Giza Plateau. The Mosque of Muhammad Ali is also the most viewable structure in Cairo apart from the massive pyramids.

Cruising on the Nile 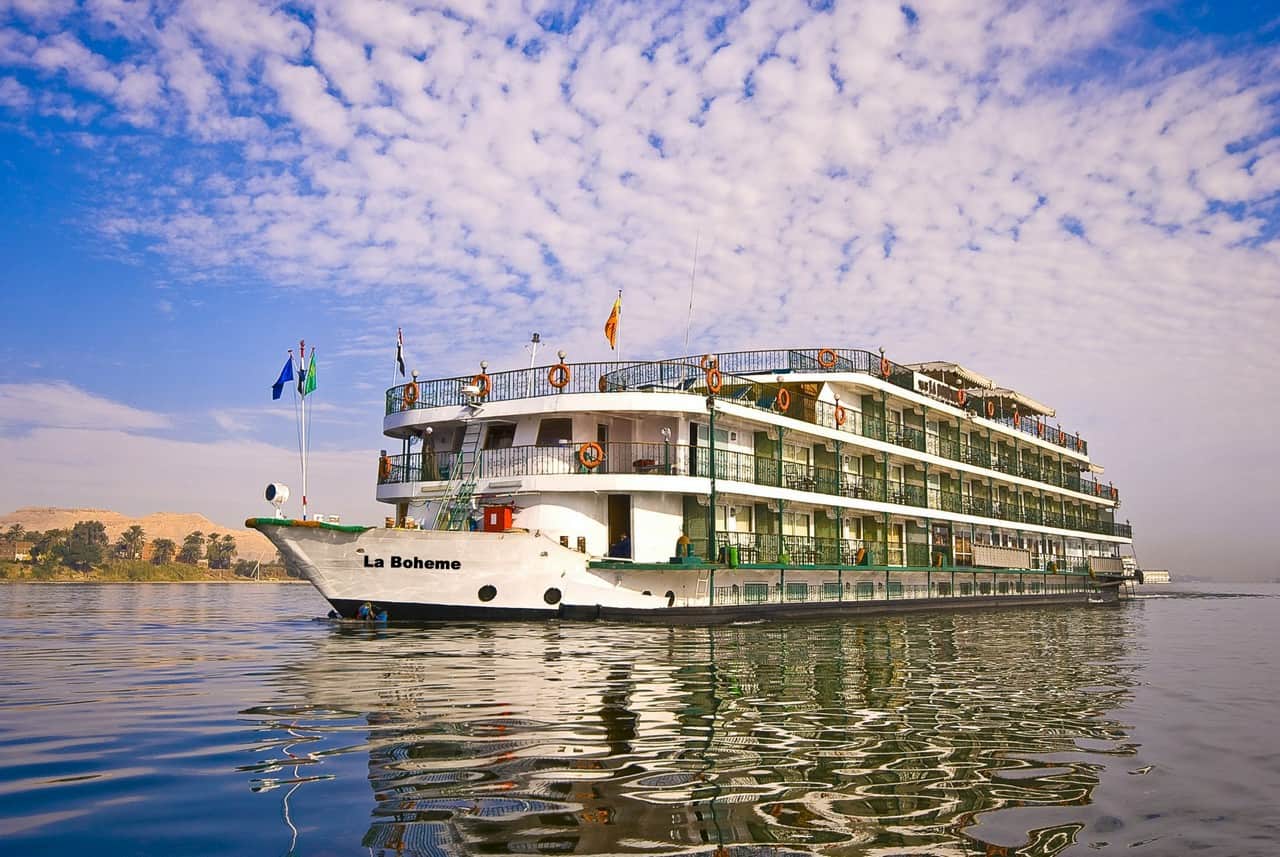 For centuries, taking a ship along the course of the Nile was the only way to travel around Egypt. The Nile is the longest river in the world and even if you’re not planning to go all the way to Abu Simbel, taking a cruise on the Nile is probably the best way to discover some of the most iconic sights in Egypt.

You could enjoy breathtaking sunsets and sunrises, sightsee the magnificent heritage of Cairo and the serene and divine landscapes around the Nile. When you’re coming to Egypt, just take a cruise on the Nile, even if it’s just for an hour or two. 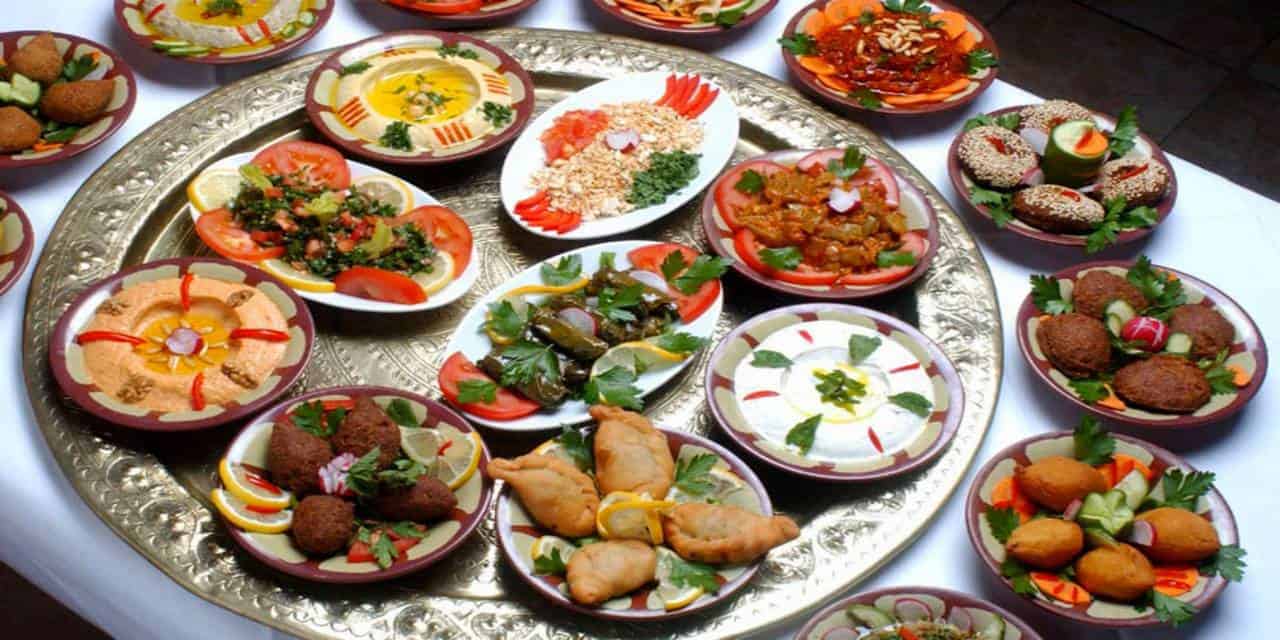 After you’ve checked all these things off your list, it’s time to turn to an independent explorer mode and discover the local traditions in Cairo. Try its most cherished food items, learn some fun words, find out more about the everyday life in town and the unique mix of cultures here. Go to the Citadel or the Bab al Futuh gateway as well. Make your time in Cairo worth it.

Tags:
Previous Article
Take a Break from Life at the Blissful JW Marriott Maldives Resort & Spa
Next Article
Maserati Adds the “Royale” Touch to the Quattroporte, Levante And Ghibli 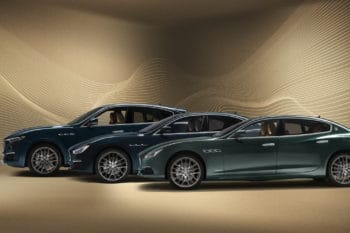 Maserati Adds the “Royale” Touch to the Quattroporte, Levante And Ghibli