Goldgenie Adds a Magical Touch to the BlackBerry Porsche P’9981

Released back in 2012 as a stylish take on the latest model of the Bold 9900, the BlackBerry Porsche Design P’9981 smartphone became an instant hit among businessmen, celebrities and rich people from all over the world. Porsche Design teamed up with the people from Research In Motion to get this sophisticated look and the phone is now a modern classic – that’s why it’s still the perfect addition to any gadget collection.

The gold-plating experts at Godgenie also had their eyes on this sleek device in these last couple of months and decided to enhance its appearance with 24K gold, of course. The Midas touch turned this amazing piece of technology into something even more exquisite, with a 24K gold layer covering the entire body of the phone and a limited edition number plate on the camera cover that’s actually milled from a solid block of 24-carat gold.

Goldgenie will produce this beauty in a limited run of only 25 units, each of them coming sim-free and factory unlocked to make sure every customer can easily chose its network.

The British company will also add a pair of wired earphones to this gilded phone, a desktop charging cradle pod and even a polishing cloth to keep this phone looking extraordinary all the time. You’ll also get the full documentation of the smartphone, but if you expect your favorite apps to work on this device, we might have to disappoint you.

As we’ve said earlier, the BlackBerry Porsche Design P9981 was launched 7 years ago, and even though it was high end for its time, its technology is pretty outdated today. The phone is still powered by a 1.2GHz one-core Qualcomm Snapdragon MSM 8655 processor, with 768 MB of RAM, and a small touchscreen display with a resolution of 480×640 pixels and 287 ppi.

Tags:
Previous Article
The new Vanderhall Carmel Proves Three Wheels are Three Times The Fun
Next Article
The Pilatus PC-24 is So Versatile It Can Land “Off-Road” 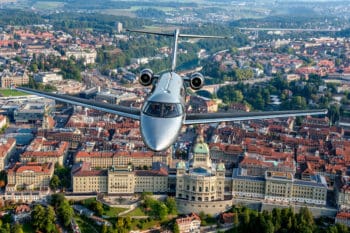