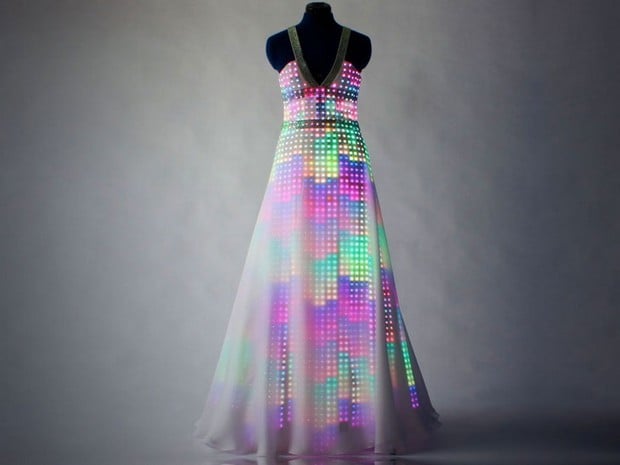 This is probably the most impressive and eye catching dress we’ve ever seen, designed by CuteCircuit, this electrifying dress is called Aurora and it’s a sort of futuristic dress that sports hundreds of Swarovski Crystals and a staggering 10,000 LEDs that really make it dazzle.

It surely boasts a significant wow factor, taking its name from a natural phenomenon that takes place around the polar areas – the Aurora Borealis. Furthermore, it also represents the Roman goddess of dawn who flies all over the skies every morning, acting as a herald of the sun’s arrival.

The CuteCircuit workshop is currently based in London and works under strict conditions regarding nature-protection. They are working with eco-safe materials, complying with the 100-percent Restriction of Hazardous Substances technology. They also use Oeko-Tex-certified materials, which are welcome pluses.

In London they do the actual designing of the exquisite clothing, while the manufacture is realized in Italy, the United States or even within the United Kingdom. This particular dress’s purpose was to be used in opera performances, as the British brand states.

In our opinion, they’re more suitable for fancy parties and theater-plays where weirdo-women are involved. But, overall, it’s quite trendy, sexy and we like it. 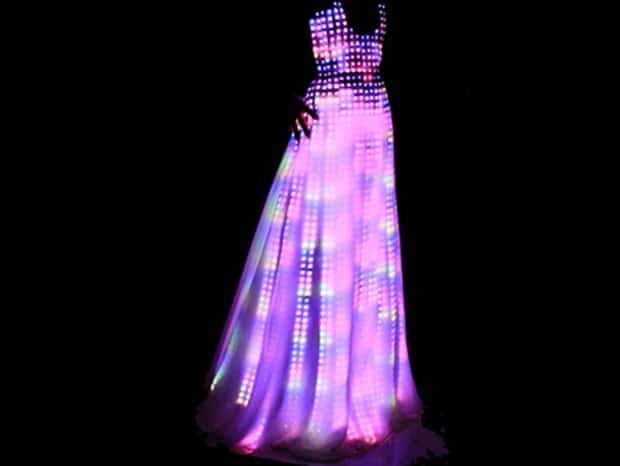 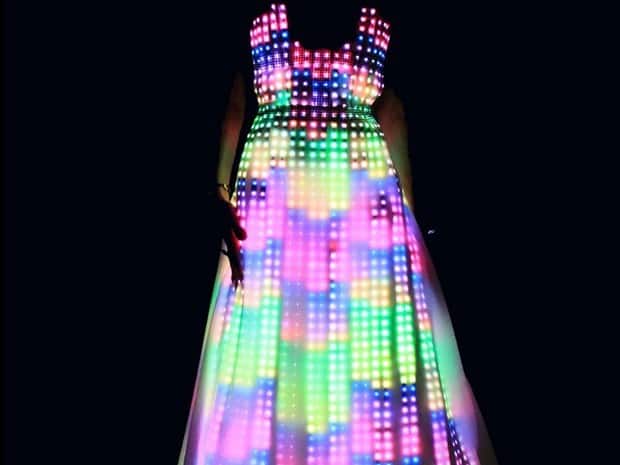