10 Things the Super Rich Spend Their Money On This Year 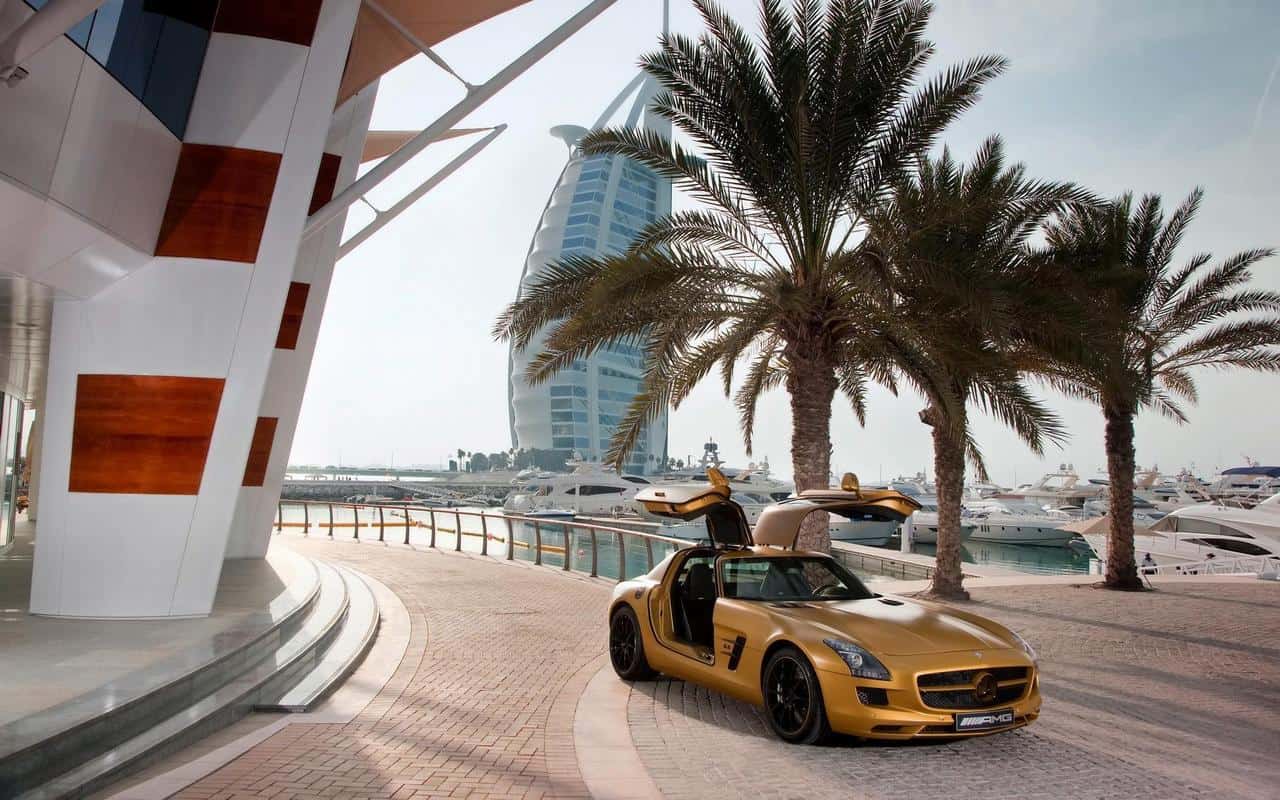 While some billionaires prefer to remain somewhat frugal and live below their means, most of them love to drop money on lavish items and unique experiences, spending millions of dollars on supercars, private jets, unforgettable vacations, real estate, colossal yachts or ultra rare collectibles. They love to fulfill their wildest dreams and often spend money on a whim.

But despite their lavish indulgences, the world’s richest people also donate a lot of money to charity every single year. Philanthropic giving is a priority for the ultra wealthy and even though this year was very challenging for everyone, with a global financial and health crisis around the corner, high net worth individuals donated billions in 2020.

In case you’re wondering what grabs the attention of the super rich, here are 10 things the wealthiest people in the world spent their money on this year. 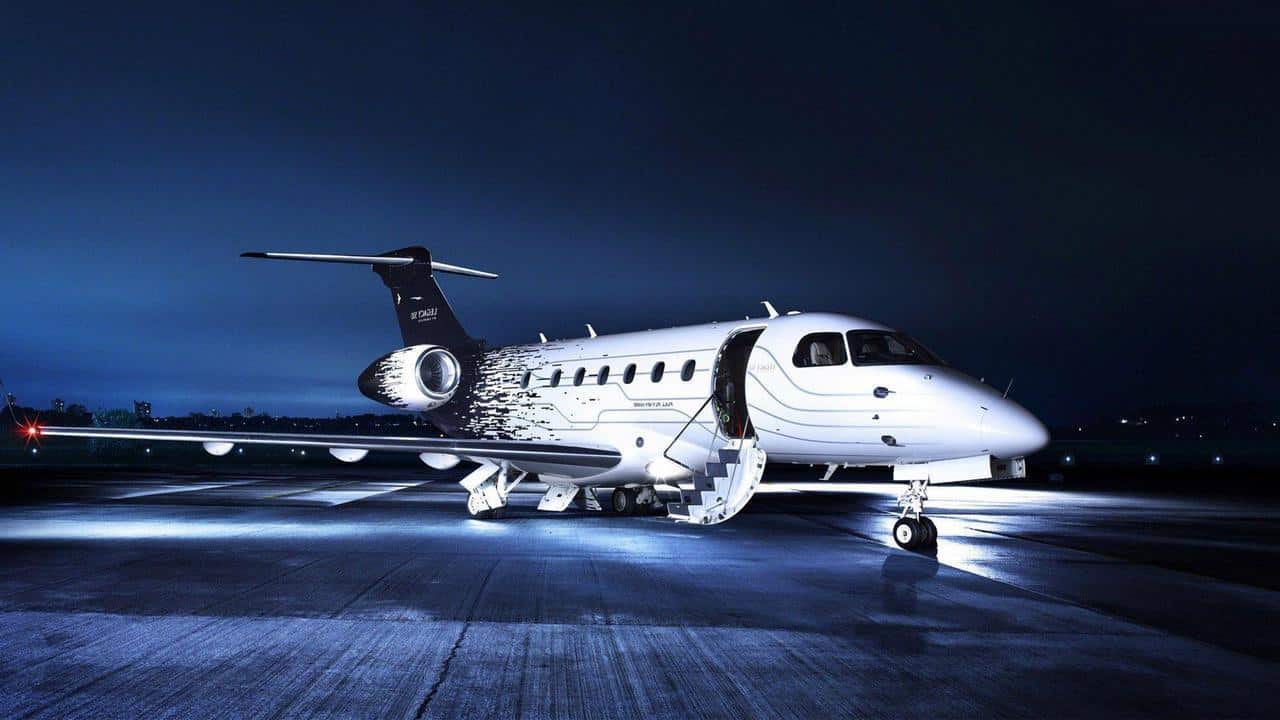 Billionaires are often on the go, that’s why private jets have become an integral part of their lives. Owning a private jet does not only help them to reach their business goals but also enables them to save time. We all know time is money, right?

Even though the ultra-rich know that private jets are not eco friendly, they appreciate using one as it’s simply the best way to travel. 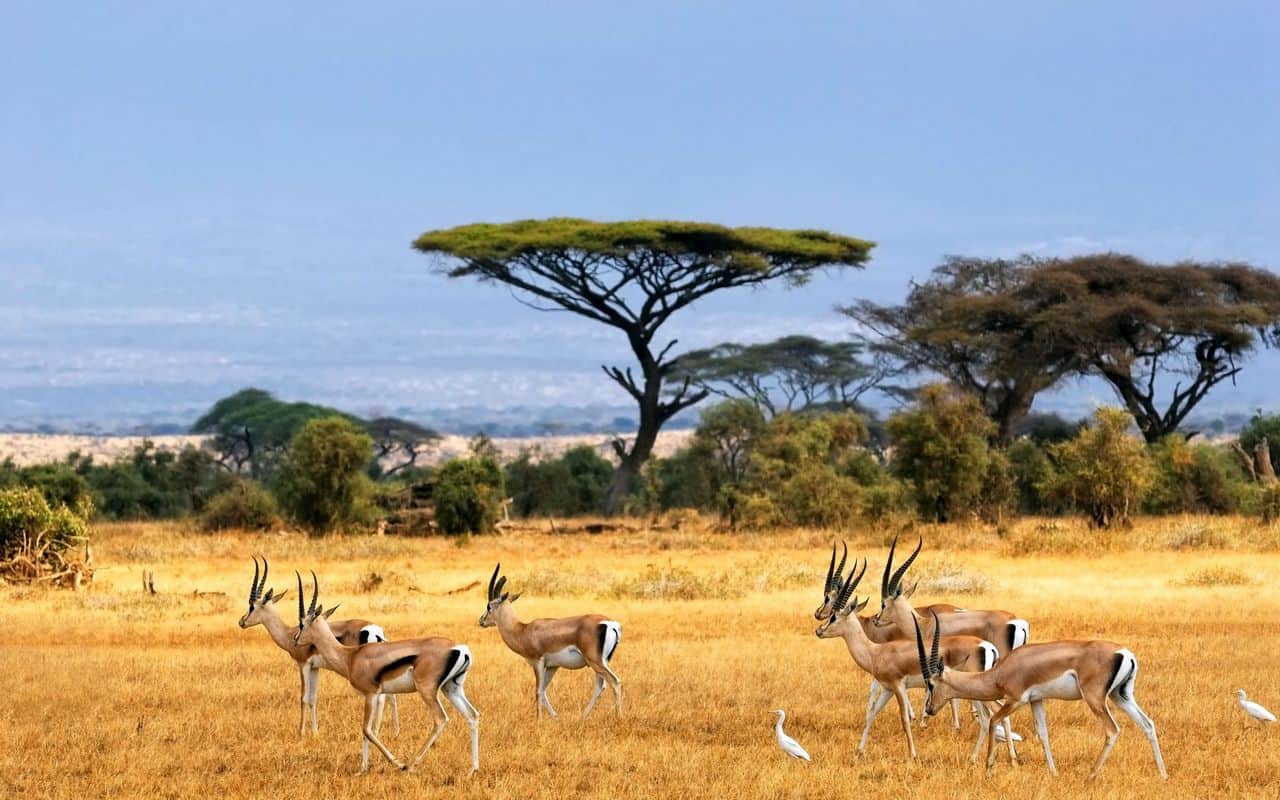 One of the most common dreams rich people have is to go on a safari trip in the heart of Africa to observe the wild animals there. Safaris don’t only mean seeing this wild part of the animal kingdom, but it’s also a chance to experience the unique culture of Africa, with so many different traditions, breathtaking scenery and amazing food.

Of course, for the ultra wealthy, going to Africa might involve private jet tours, 5-star resorts, tailor-made journeys and world class service, but that’s another part of the story. 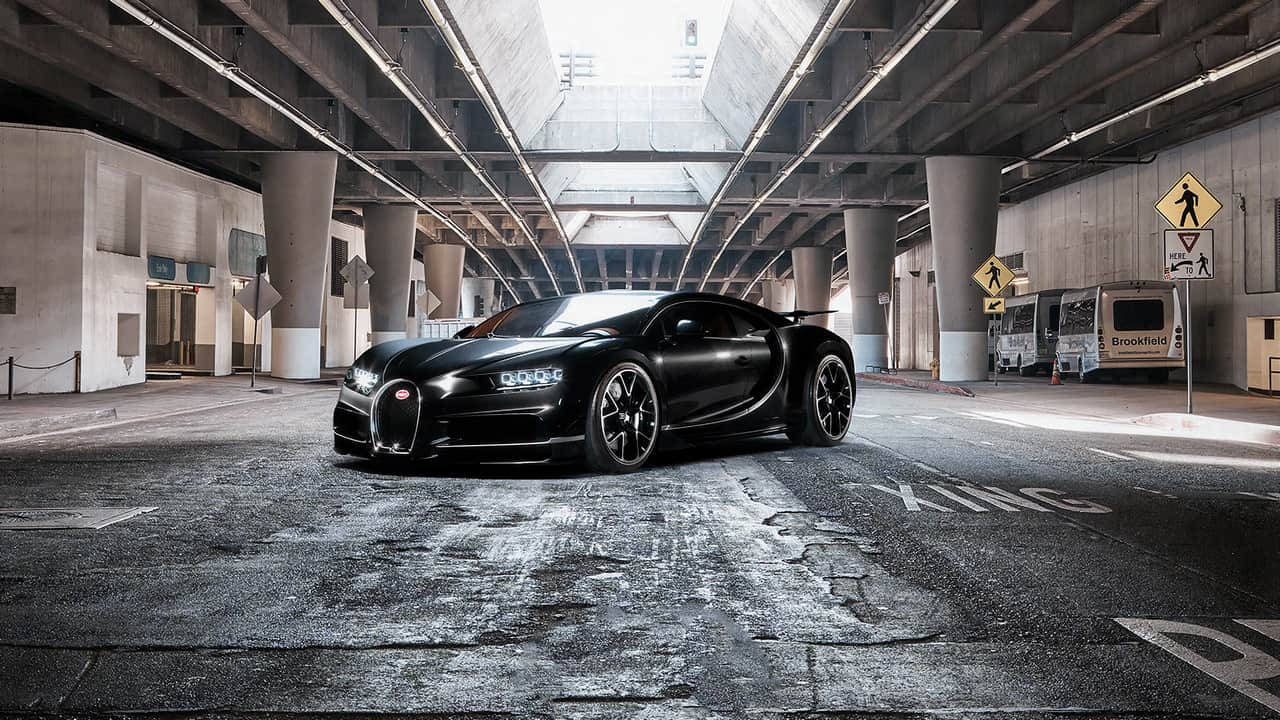 Purchasing a super expensive car is probably on everyone’s bucket list. But since there are so many incredible cars out there and it’s hard to decide on just one, most of the world’s wealthiest people decide to go for a car collection. As they’re able to sustain an ostentatious lifestyle, more cars means less chances to get bored.

In addition to driving from point A to point B, supercars allows them to flaunt their wealth. Just imagine how many people can afford to buy ultra rare cars like the Lamborghini Veneno Roadster or drive around town in an old Aston Martin DB4 GT Zagato. 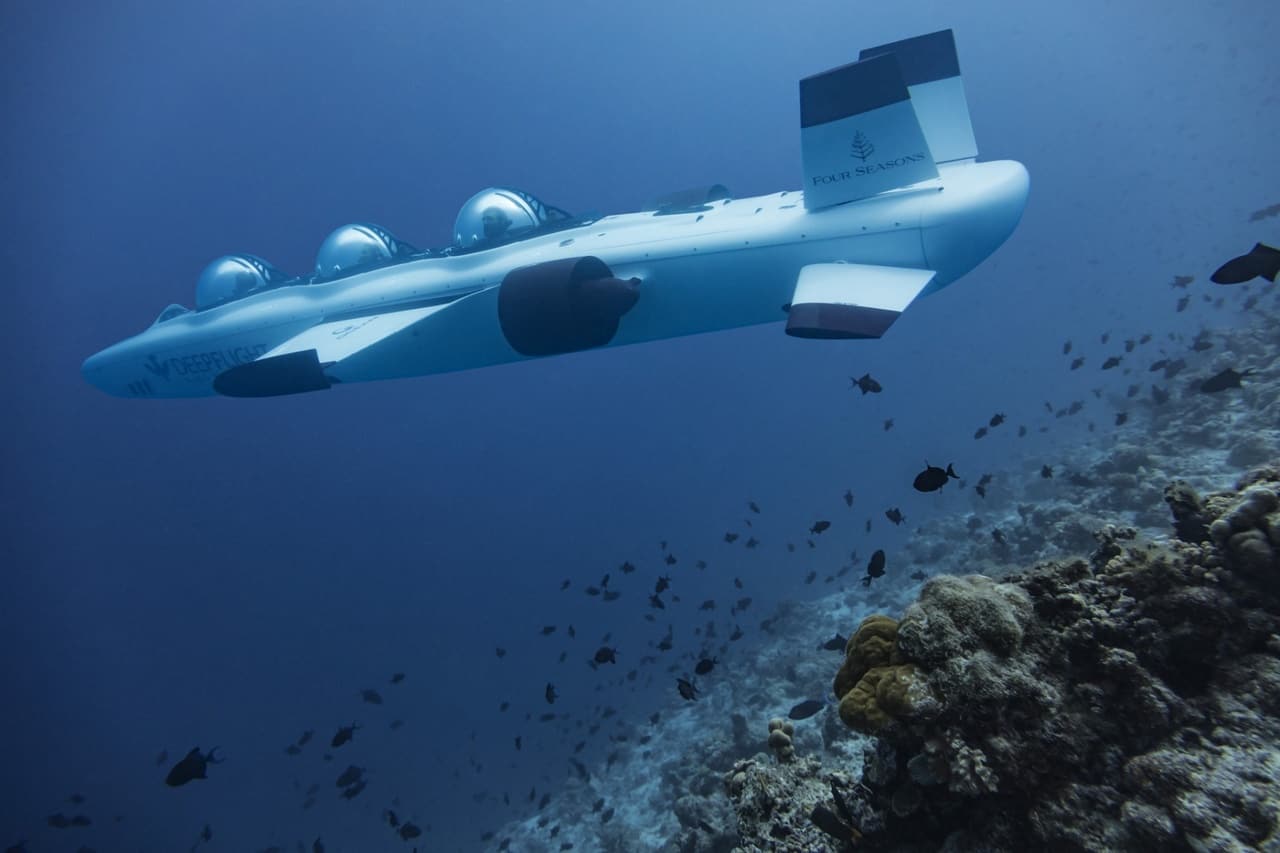 Money dictates almost everything in this world – unfortunately. The more money you have the easier it is to turn your wildest dreams into reality. The super-riches spend their money on incredible crafts like the DeepFlight Super Falcon, that seems to fly underwater to help you explore and discover the blissful underwater world.

Unlike the traditional submarines, this impressive watercraft can even fit into a yacht’s garage, and it helps you cruise alongside dolphins, whales or mantas, bank over superb reefs or simply glide over ancient shipwrecks. 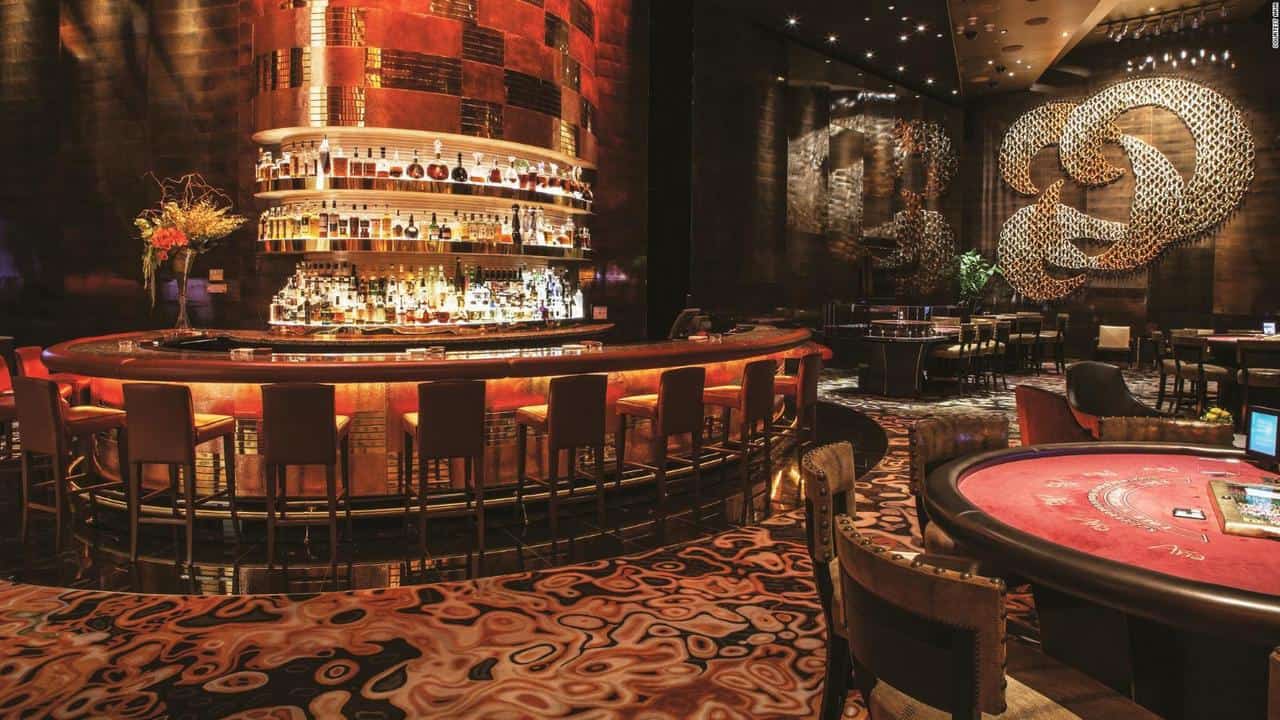 Have you seen Casino Royale? Betting and gambling are well known hobbies of the super rich. They even spend a lot of time online doing that. That’s why services like Gamstop have appeared, a scheme to self-exclude the gamblers who seem to have a gambling addiction. The wealthy avoid platforms that accept this program and join unregistered Gamstop-free casino sites available for British customers.

The reason is simple, Gamstop doesn’t allow them to play freely on their favorite games and since they don’t really care how much money they spend, they can make a large deposit without any worries. That’s why online platforms not affected by Gamstop are extremely popular among British punters right now. 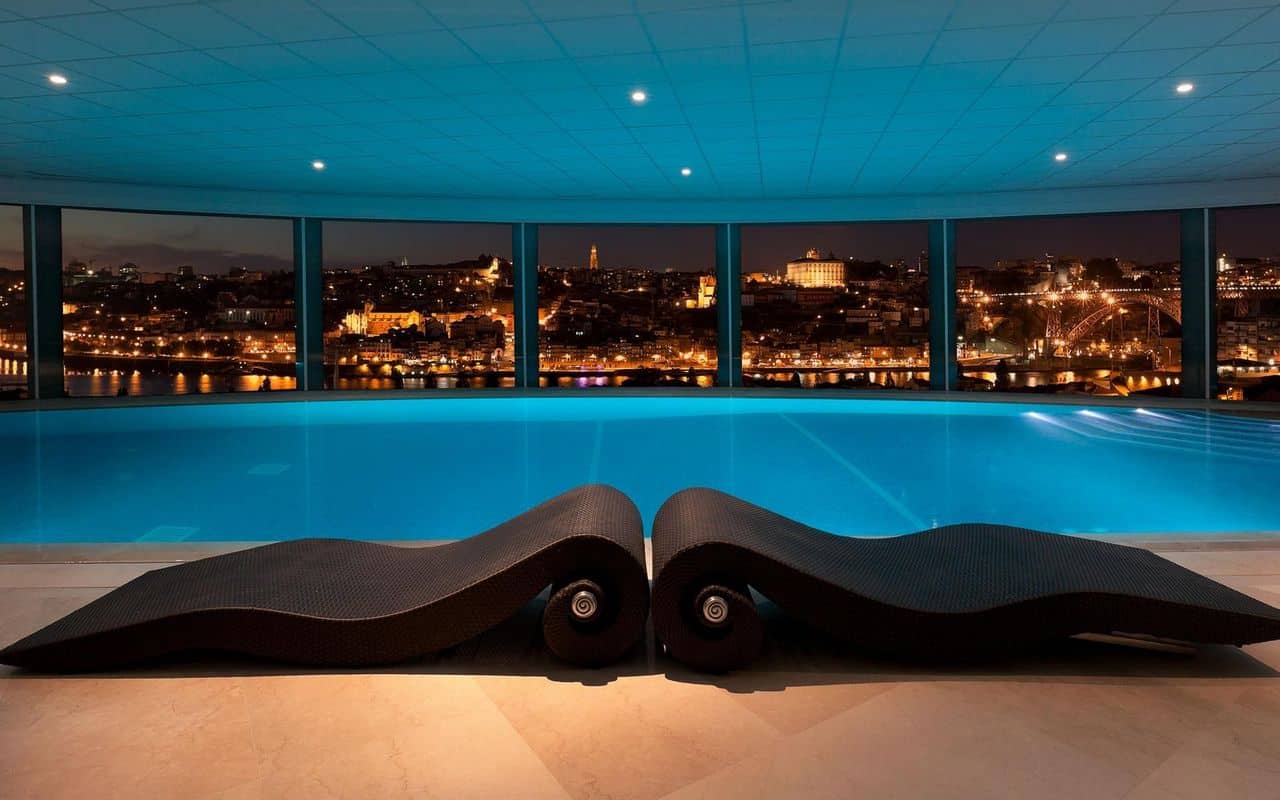 You don’t need to be super rich to enjoy your own swimming pool right now, but if you want something more exquisite, like an indoor pool that’s surrounded by floor to ceiling glass windows to enjoy magical views of the city, costs can skyrocket easily.

As designing and building a swimming pool is similar to building a fancy new house, only the richest people can afford to build outrageous pools. The biggest perk of having an indoor pool is that you’ll be able to enjoy it all year long: in the middle of the night or when it’s cold and windy outside. 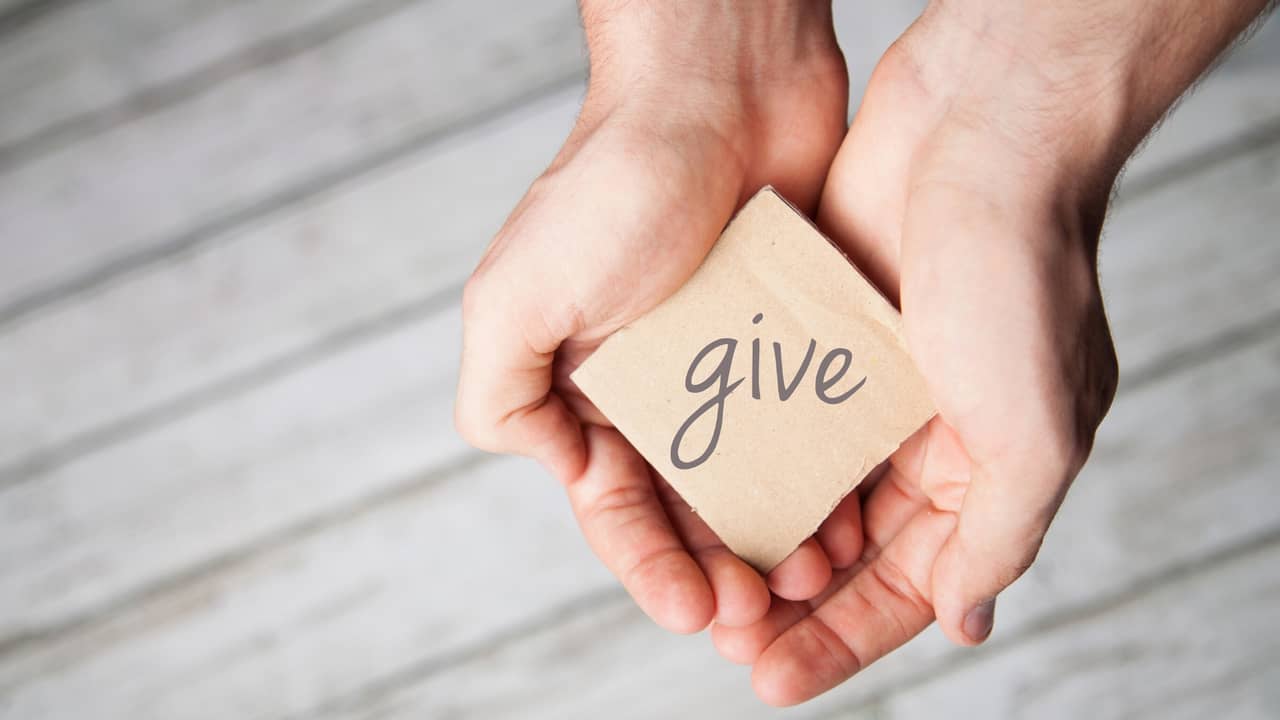 Many billionaires are well known for their philanthropic work: Bill Gates, Warren Buffet, Jeff Bezos or Michael Bloomberg – just to name a few. America’s 10 richest people actually gave an average of 0.94% of their net worths to charity back in 2018 and this year might be a new high point for billionaire giving, as they’ve all contributed as much as they could to fight Covid-19.

No matter how they do it, the rich love to give back a big part of their income to help other people. This might be by donating to causes that are important to them and they believe in, starting non-profits, growing or helping communities, and more. Based on a new survey, charitable donations have surged as demand has continued to increase especially during the coronavirus crisis. 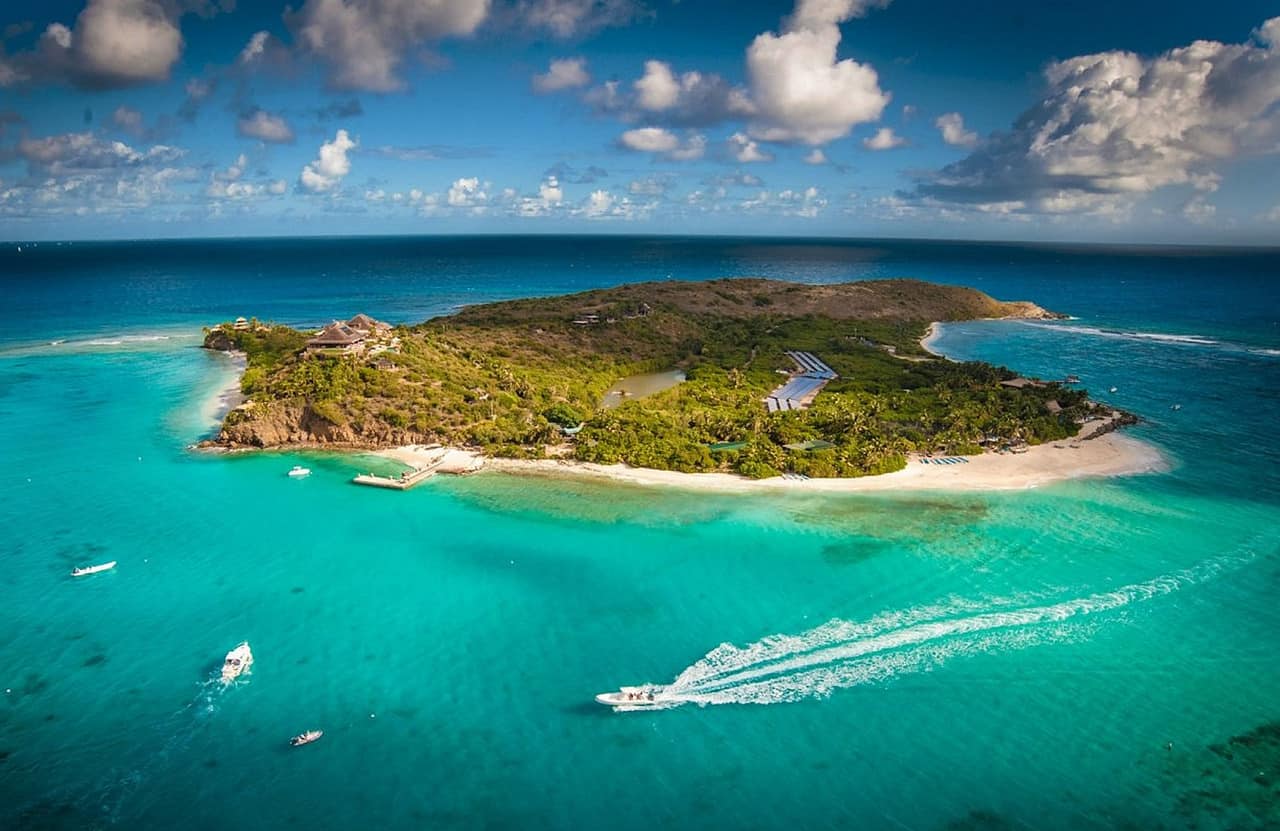 The spending of the ultra-wealthy is no longer just about status and popularity, but it’s more about life memories and precious moments. As a matter of fact, they spend more time and money on vacations than ever before, discovering new parts of the world, different cultures and people, and admiring the sheer beauty of some of the world’s most exotic islands.

One of the privileges that come with being super rich is getting to see some of the most exclusive destinations on the planet. Places like Richard Branson’s Necker Island, Cabo San Lucas, Lake Como in Italy, Bora Bora, or Lanai, Hawaii, where Oracle founder Larry Elisson owns many homes he could use as vacation retreats. 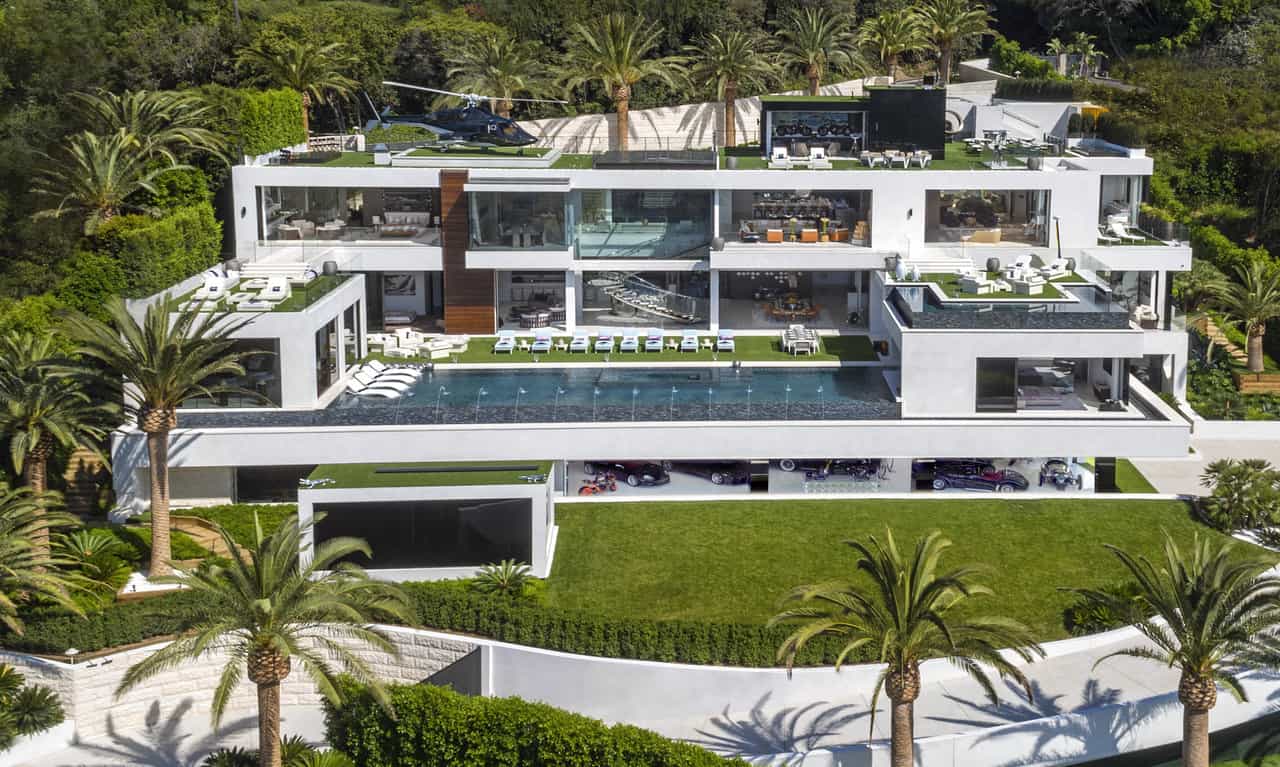 An impressive real estate portfolio is something very common for billionaires today, who often spend a lot of money and grow their fortune by investing in property. Two decades ago, a home that sold for over $100 million was probably unthinkable, but times have changed and we see more and more deals closed at that sum or above, as the number of billionaires in the world has increased.

There’s still only a small number of staggeringly rich people who could pay unimaginable sums for their dream home. And that includes Facebook’s Mark Zuckerberg, who paid a mind boggling $130 million for a gigantic property that spreads over 700 beachfront acres in Hawaii where he plans to build a home for his family. Who doesn’t want to own a home in a magical setting? 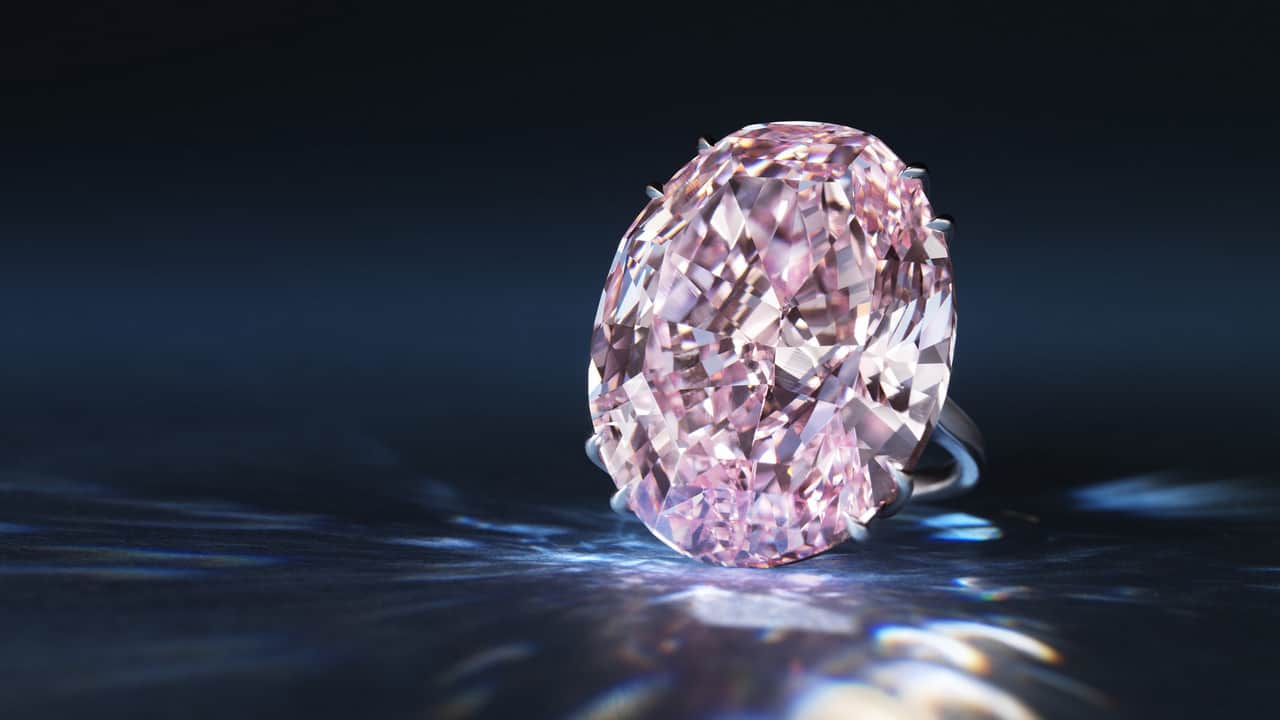 Precious jewelry has been around for thousands of years: gold, bronze, silver and even diamond pieces have been found from almost every early civilization. But is it worth investing in precious jewelry today? Rich people sure love to invest in precious metals and according to financial experts, it might be one of the safest investments you can make as well.

That’s because currencies can lose value in time and many of the world’s wealthiest people turn to precious metals like gold and diamonds to keep their fortunes. In a few years, your diamond-studded gold ring might prove to be the wisest investment you’ve ever made, and if it’s a piece that’s incredibly precious it might even fetch astonishing prices at jewelry auctions. 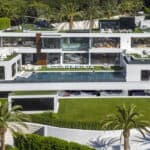 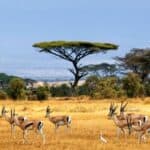 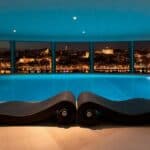 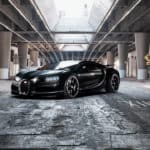 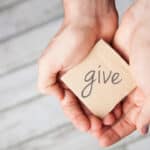 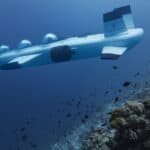 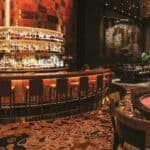 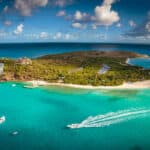 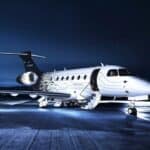 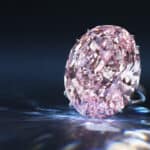 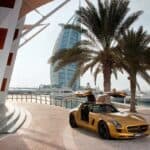 Tags:
Previous Article
Prada and Adidas Give the Classic Superstar a Luxurious Upgrade
Next Article
The Highest Grossing Apps in 2020 Worldwide